Goats and donkeys for Darfur 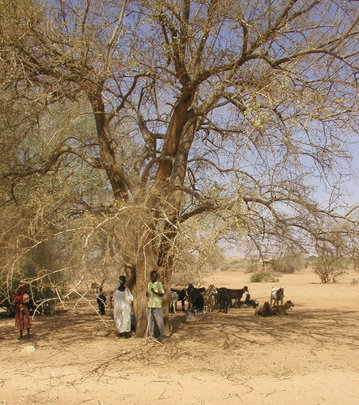 REPORT ON GOATS AND DONKEYS PROJECT FOR DARFUR

During the past year KIDS FOR KIDS has expanded its activities to a further 10 villages bringing the total number of villages assisted to 51. In the 10 new villages almost 4,000 households representing over 26,600 people are benefiting from KIDS FOR KIDS’ project initiatives such as the availability of two trained village midwives and two first aid workers and the restoration of basic veterinary care facilities for all animals in the village through the training of 2 paravets in each village and the establishment of a revolving veterinary drugs fund which is available to all livestock owners in the village to help them to maintain the health and productivity of their livestock.

In addition the poorest 10% of the households in the villages have received goat and donkey loans. Some of these households have never had animals whilst other families have lost their animals through the impact of drought and the conflict and have been deprived of their main source of livelihood and income driving them deeper into poverty. Many of the households assisted are women headed households where mothers are struggling on their own to provide for their children. Each household has received a loan of 5 female goats and a share in a male goat shared between three households. In total KIDS FOR KIDS has provided 2,123 goats to 398 households in the last 12 months. All the recipients of goat loans were provided with training in animal husbandry prior to receiving their goats to ensure that they knew how to feed and care for their animals. The training covered livestock feeding and management, breeding and welfare of the animals. Training was also given to the children of the families as the children are largely responsible for grazing the goats. A total of 2,233 people received animal husbandry training. The animal loans schemes in the village is managed by the Animal Loans Committee (ALC), a body of villagers selected by the community. KIDS FOR KIDS has provided training to the ALC members in management of the loan scheme and of the revolving drugs fund and some of the ALC members have also benefited from the animal husbandry training. Since the children play a key role in caring for the goats a Children’s Animal Committee has been established in each village and the children have been given the responsibility of monitoring the health of their goats and reporting any cases of sickness to the Animal Loans Committee and the paravet – early detection leads to better outcomes. To further ensure the health of the animals, two people in each village have been trained as paravets and they provide basic veterinary care for all the livestock in the villages. KIDS FOR KIDS has provided them with crossbred donkeys so that they are able to reach families with sick animals speedily. To ensure that families have access to veterinary drugs when their animals are sick, KIDS FOR KIDS has established a revolving veterinary drugs funds in each village which is managed by the ALC. KIDS FOR KIDS provides the initial stock of drugs but this has to be replenished from the proceeds of the sale of drugs, at reasonable prices, to the users.

The goats provided to the families are now providing a good supply of milk for the families which is providing much needed nourishment, including vitamins and essential minerals, for the children. This is having a huge impact on the lives of the children, particularly in the current devastating drought which is currently affecting Darfur. UNICEF has reported that malnourishment amongst children is increasing alarmingly, except in KIDS FOR KIDS’ villages where the availability of milk from the goats provided to the families is making a real difference. Each family receives pregnant goats and the kids produced will soon be a useful source of income as families will be able to sell surplus male kids to provide cash for the purchase of water or to pay for school fees whilst the presence of the kids provides the families with the comfort and reassurance of having an emergency fund to cover unexpected needs such as the purchase of medicines for sick children.

The experiences of previous recipients of goat loans show the full potential benefits which these families can look forward to. Fatima Yagoub Adam received her goats four years ago. She is 39 years old and is married with 6 children (3 boys and 3 girls), who are all at primary school. Her husband is old and sick and hence she is the household head. She used to work as a farmer growing millet, sesame and okra. Sometimes she was forced to travel to other villages seeking income and was frequently away for more than a month at a time. During this time her children were alone with their helpless father who might sometimes be absent as well leaving the children with neighbours and relatives. Since she received her loan of 6 goats, Fatima has managed to repay the loan of 6 goats and was still left with 15 goats. She sold 6 to meet some essential household expenditures but this year her flock has reached 20 goats. She uses the milk to feed her children and sells male kids for income generation that is used to meet school fees, to buy medicines and for daily family needs. Instead of working for others to earn cash, Fatima has started to work for herself on her farm. Her children are now doing very well at school enjoying the presence of their mother and greater family stability – Fatima has not left the village for work for more than 3 years.

These 398 households have also received a donkey on loan – it does not have to be repaid but the family holds the donkey on trust from the community which retains ownership of the donkeys. If a family does not care for the donkey properly the community has the right to remove it from the family. The families also benefit from the offspring of the donkey to add to their assets. A donkey is a precious and prized possession in an area where everything has to be carried on, usually women and children’s, heads, if a family does not have a donkey. Having a donkey saves time and toil in all the basic daily tasks of the family – collecting water, fodder for the animals and fuelwood for cooking and heating the huts on chilly winter nights. A donkey can carry 4 jerry cans of water whereas a person can only carry one – so fewer trips have to be made to collect the water for the family, and the donkey can complete the journey much faster. So much time is saved which can be used more productively. Most importantly, as the children now have to spend less time helping with water collection, they are able to go to school and get the education which can hopefully provide them with a better future. The women are able to use the donkey to earn additional income which is a great benefit to the family. Through spending less time on collecting the items which the family needs they are able to collect additional fuelwood and fodder which they can sell in the local market or they can hire out the donkey to other families for part of the day. During the past year 398 donkeys have been provided in total in the 10 new villages.

The goats and donkeys are transforming the lives of these families and helping them to move out of poverty - this has only been possible through the generosity of our supporters for which we are most grateful. But many more families need similar assistance and KIDS FOR KIDS is now selecting a new batch of villages to assist during the coming year. With the present drought having such a devastating affect in Darfur with many children dying from malnutrition the need is more urgent tnan ever and we want to help as many villages and families as possible. 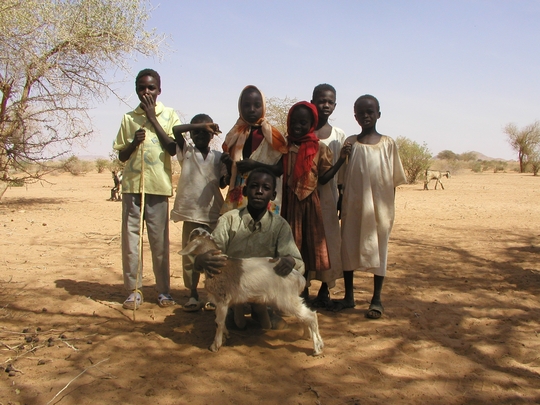 Proud of their new KIDS FOR KIDS kid 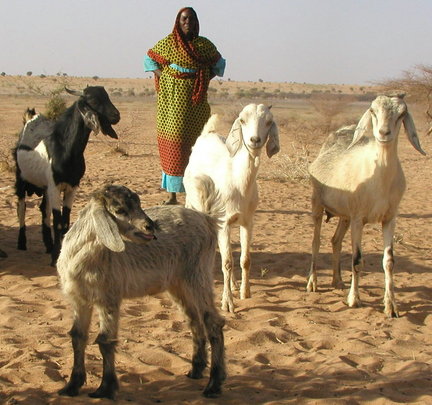 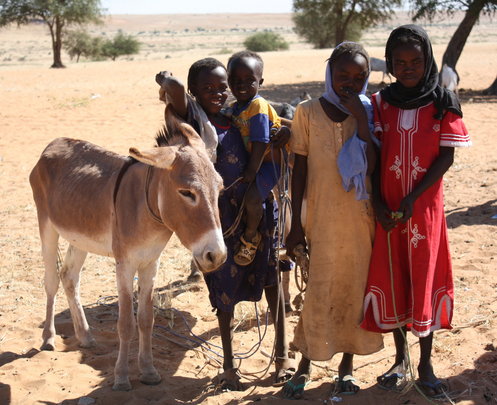 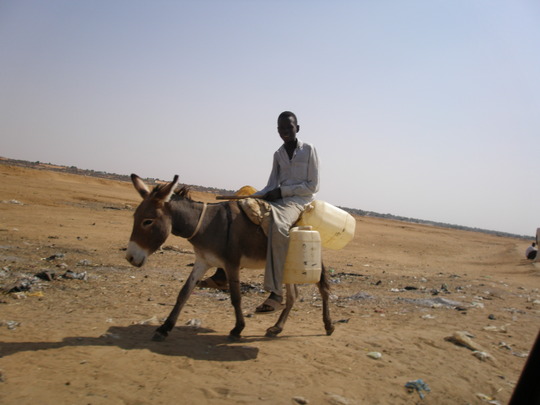 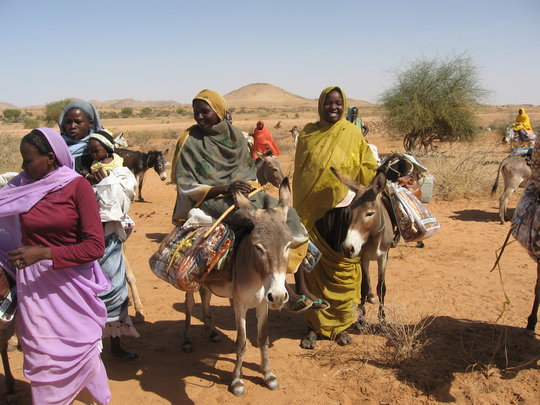 A donkey makes for an easier life
‹ 1 ... 65 66 67 68 69 70 71 72 73
WARNING: Javascript is currently disabled or is not available in your browser. GlobalGiving makes extensive use of Javascript and will not function properly with Javascript disabled. Please enable Javascript and refresh this page.