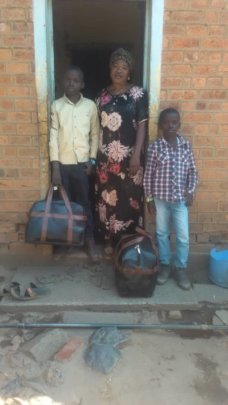 Dorsen and Richard are flourishing in their term time home at Kimbilio. Under the care and attention of Patrick and Nana at the boys transit home and alongside the other children they continue to thrive and grow into happy, young boys. During Kimbilio's 10th Anniversary celebrations we received the good news that Dorsen came 3rd in his class and Richard came 5th. They love going to school and learning, and are looking forward to moving up to their new class this September.

As with every holidays, the children go home to visit their family. They are missed at Kimbilio during these breaks but the need to keep them connected with their families has always been our highest priority.

Last week the children were taken by Patrick to Richard's grandmother and then on to Dorsen's paternal aunt's home. At Dorsen's aunt's home, they sadly found that the family were in mouning for Dorsen's dad. Kimbilio Director, Jean Bosco, worked closely with the family since the beginning and says that Dorsen's dad was the victim of an organised crime gang operating in the mining area.

Dorsen is devasted by his father's passing, and now finds himself orphan of both parents. We are so glad that Patrick was with him for this news and that Jean Bosco will continue to work with the family and make sure that Dorsen gets the support he needs. 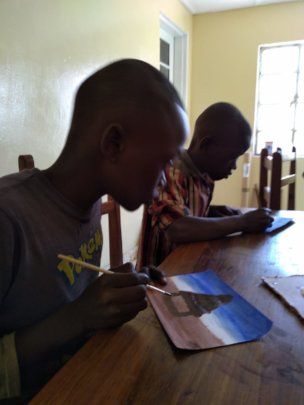 Laying the Foundations of Education 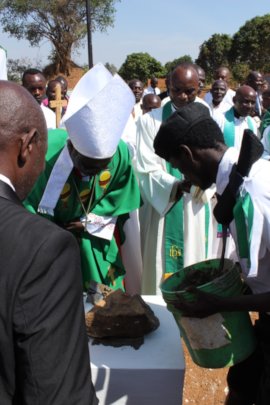 Kimbilio celebrated its 10th Anniversary this July 2019. We had a weekend of celebrations with the children, including a very special ceremony where the Anglican Bishop of Katanga Province, Bishop Bertin, laid the foundation stone for our new Ecole Primaire Kimbilio.

It was lovely to see all the children gather around the foundation stone as the local area is so deprived of affordable services. There was a real buzz in the community about this inpending development, with the area Chief and dignataries also attending the celebrations. The staff and carers at Kimbilio have worked hard to build this trust and partnerships over the last decade. We hope that this continues and local families are encouraged to send their children to school along side former street children.

The steel in bought, the bricks are dried out and the area has been cleared by our resident builder, Papa David and his team. We're really looking forward to bring you more photos and news of how the building is going very soon. 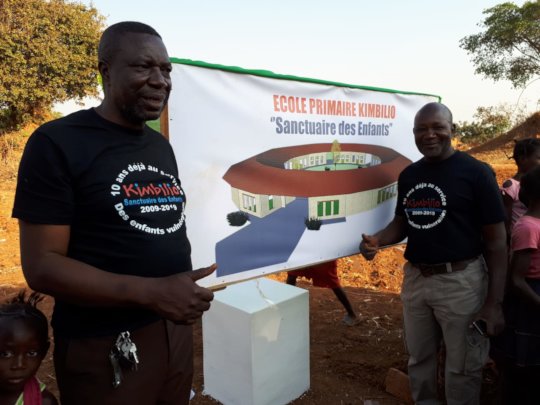 Jean Bosco and David at the celebrations 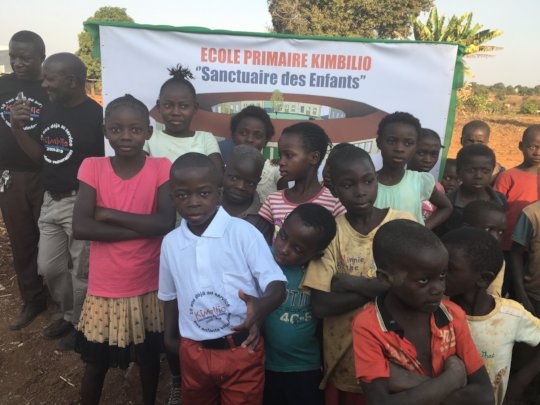 Children getting excited about their new school 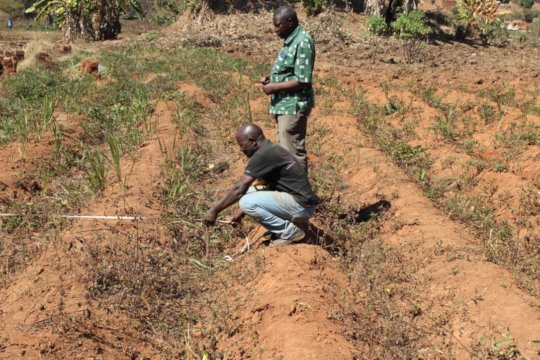 Measuring the dimensions of the land 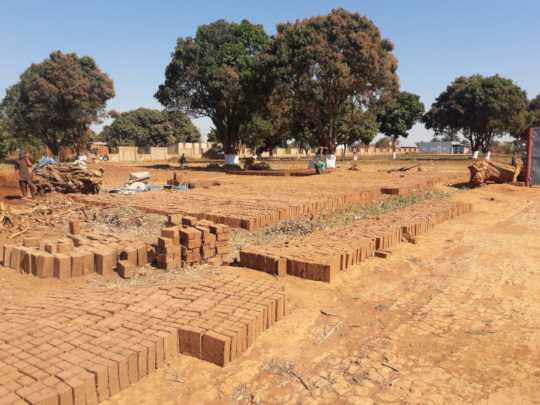 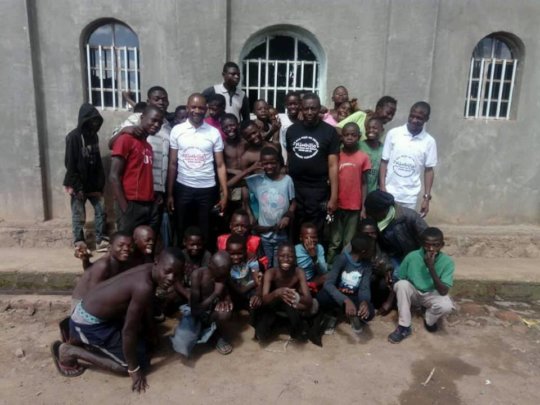 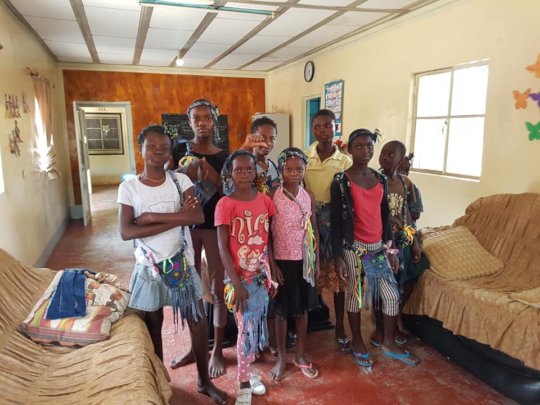