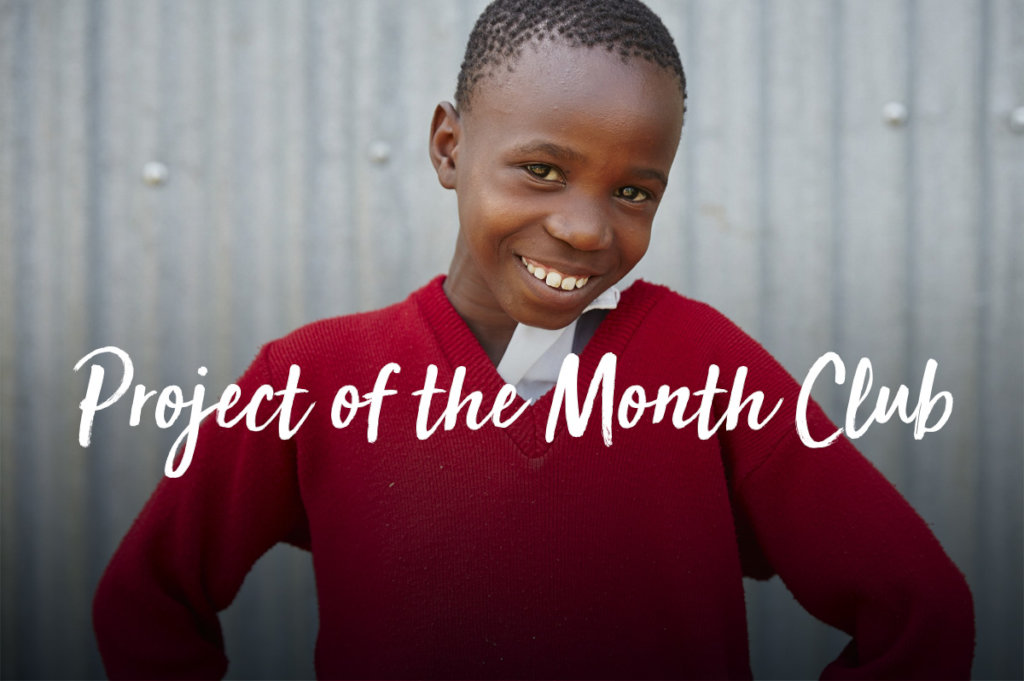 Thank you for protecting elephants from poaching 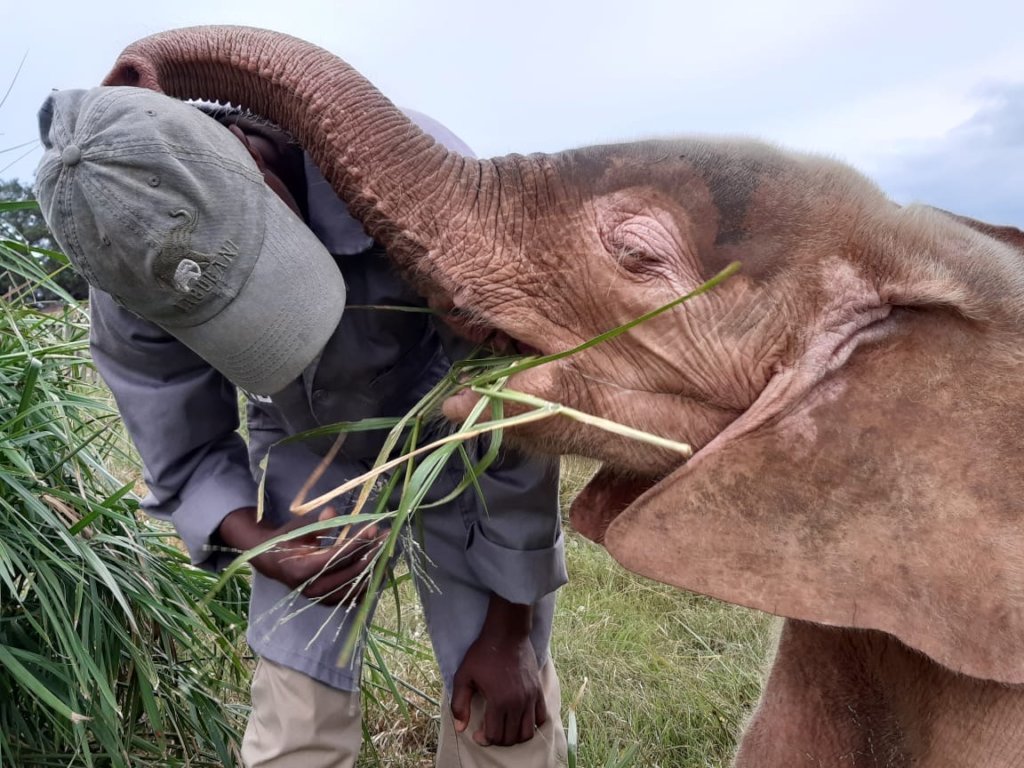 In February 2021, our July Project of the Month, HERD (Hoedspruit Elephant Rehabilitation and Development), took in a young elephant calf who had been caught in an illegal poaching snare. They named her Fenya.

Fenya was severely injured and malnourished after spending nearly two months trapped and alone. Sadly, despite the HERD team’s efforts, Fenya passed away in March. Thankfully, that’s not where the story ends.

Across South Africa, elephants like Fenya are facing high levels of poaching, most often for food or ivory. HERD gives survivors like Fenya a second chance, offering veterinary services, rehabilitation, and, eventually, a new family in the local Jabulani herd.

Team member Che Coetzee shared this message when they learned that HERD was selected as the July Project of the Month:

“Funds from the Project of the Month Club will assist us in a major way to both manage the impacts of the elephants on the land, continue buying and providing milk, and continue meeting the costs of running the first dedicated orphanage in South Africa. The needs of the elephants in our care are great, and with your help, we can continue doing great work! Thank you.”

To learn more about how HERD is protecting elephants in South Africa, check out their most recent report.

Thank you so much for your compassion and commitment.

Thank you for fighting gender discrimination 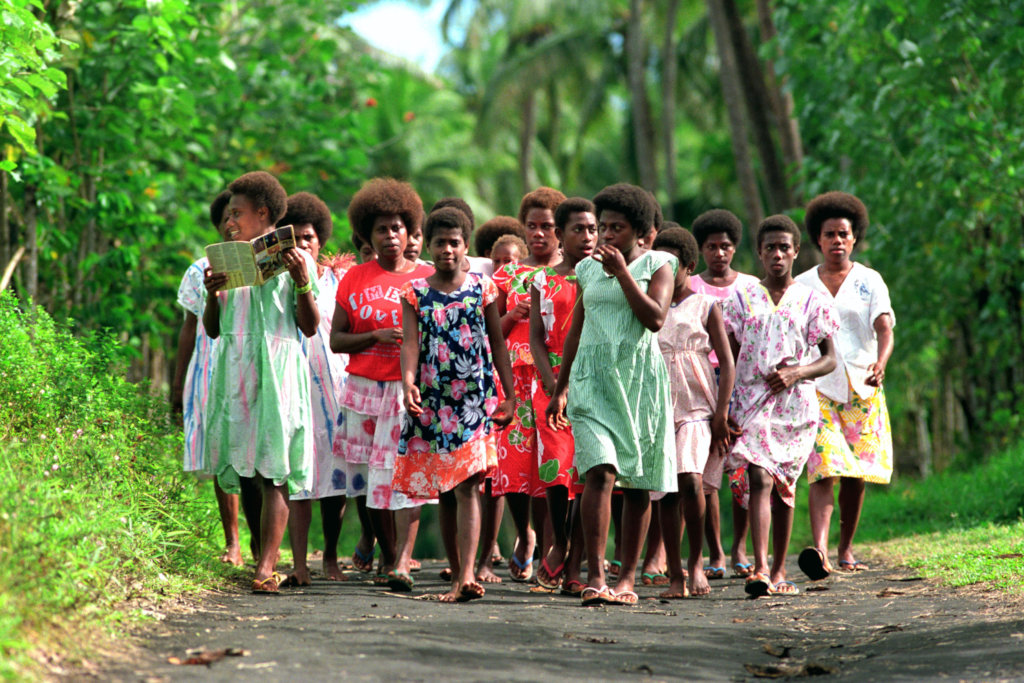 Summer is on its way for many of us, promising sunny days, family reunions, vacations, and more. In fact, your generosity is getting a head start by traveling to Fiji—and fighting gender discrimination along the way.

In the Pacific Island region, women and girls who have survived sexual violence face high levels of discrimination. Gender stereotypes and rape myths often prevent survivors from receiving support from the justice system and ensure that perpetrators of sexual violence go unpunished.

This June, your donation will support ICAAD’s project Justice for Women and Girls in the Pacific, which is working to end this destructive cycle. By addressing gender stereotypes within the justice system, ICAAD’s efforts build gender equality across the Pacific Islands and help women and girls stay safe.

When they learned that ICAAD was chosen as the May Project of the Month, Co-founder Hansdeep Singh sent this message:

“ICAAD has partnered with GlobalGiving to crowdfund for its work on tackling systemic discrimination since our inception a decade ago. We are thrilled and honored to be recognized by the Project of the Month Club for our gender-based violence work in the Pacific Island region.”

To learn more about ICAAD’s work, check out their most recent report.

Thank you for another month of inspiring compassion!

Thank you for inspiring young musicians 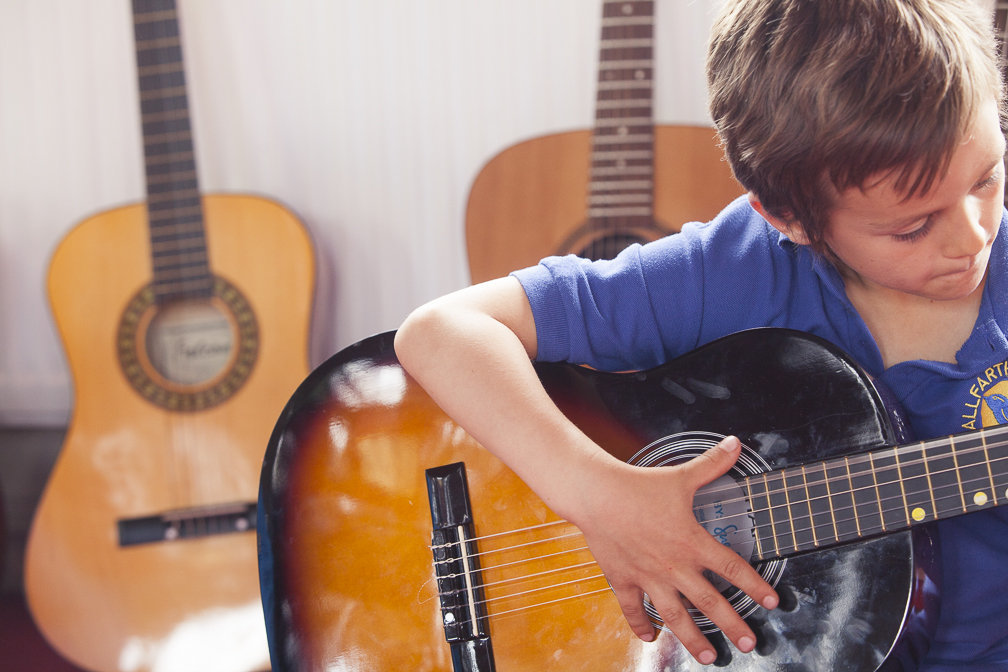 In 2021 alone, your generosity has traveled from Colombia to Kenya—and beyond. This month, your impact will cross the Atlantic to land in Wandsworth, London.

In this southwestern borough, more than 20% of children under the age of 16 live below the poverty line. In addition to the many trials of COVID-19, these kids face a higher-than-average risk of mental health issues and limited access to growth opportunities, such as extracurricular activities and after-school programs.

Our May Project of the Month World Heartbeat Music Academy is working to change that.

Their project Music tuition for 70 disadvantaged children in London provides free music education, and instruments to 70 disadvantaged and socially isolated young people, ranging from 5 to 19 years old. The music tuition not only provides participants the opportunity to develop new skills and build community but also fosters their leadership potential and encourages sustainable careers in the creative sector.

When she learned that World Heart Beat Music Academy was chosen as the May Project of the Month, Founder and Artistic DirectorSahana Gero sent this message:

“Gifts through being Project of the Month will make a huge difference, enabling us to provide free music tuition and instruments to children and young people who would otherwise not have been able to take part. For these students, participating gives them a sense of purpose and achievement, and opens up a whole world of opportunities for them.”

To learn more about how World Heart Beat Music Academy is helping children continue their education, check out their most recent report.

Thank you so much for your compassion and commitment. Wishing you and your loved ones a happy spring!

Thank you for helping Amelia take her first steps 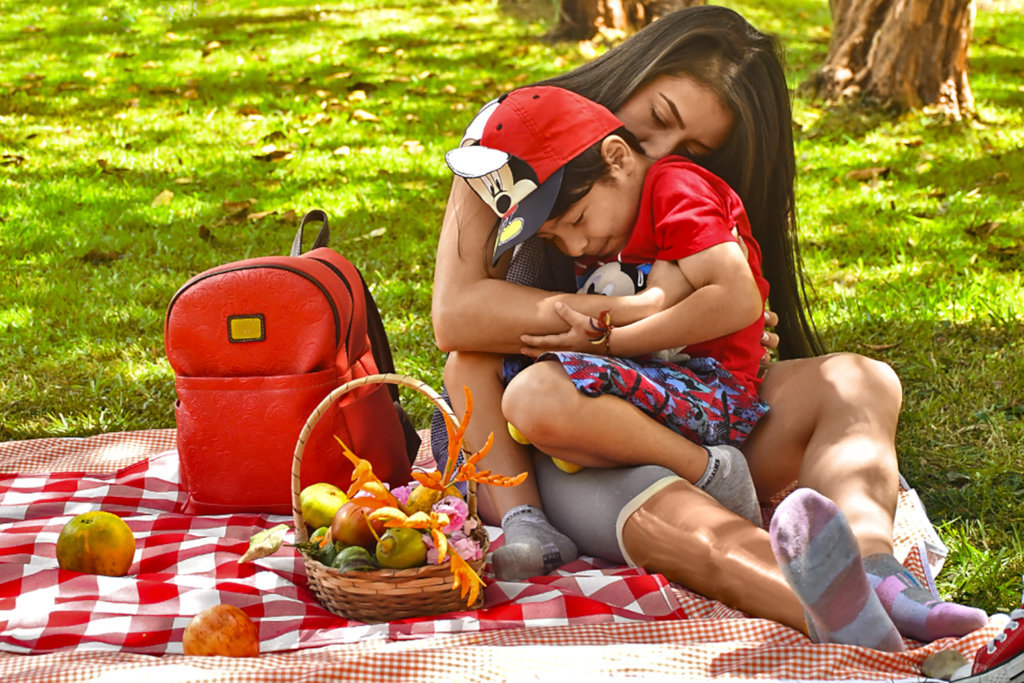 Each month, your gift to the Project of the Month Club helps local, community-led nonprofits make the world a better place. From revitalizing Indigenous communities in the United States last month to improving access to education in Indonesia at the beginning of the year, your generosity has made countless stories of change and hope possible—stories like Amelia’s.

Amelia’s story begins during the holiday season of 2018, when she was 8 months old and celebrating her first Christmas in Colombia. Yudi, Amelia’s mother, recalls singing traditional carols and smiling with the family. They were completely oblivious to the fact that their lives were about to change forever.

A few days later, Yudi noticed Amelia getting sick. By New Years', Amelia was diagnosed with pneumonia and a widespread bacterial infection that forced doctors to amputate one of her feet.

Incredibly, Amelia refused to let this loss slow her down. She was fiercely independent and loved to explore—despite her missing foot, she crawled everywhere at home.

Then, Amelia’s family learned about our April Project of the Month: Mahavir Kmina Artificial Limb Center. This life-changing partner provides prosthetic limbs for people without health insurance in Colombia, helping nearly 450 people regain independence and freedom each year. Before long, Amelia became one of the youngest members of the Mahavir Kmina community—and was able to stand up and take her first steps.

Since then, Amelia has grown so much that she’s on to her second prosthesis, which features a more realistic and personalized design. Caroline Estrada and Marie Clara Vieria, Communications Leads at Mahavir Kmina, say that Amelia continues to thrive.

“Amelia has shown that limits are in mind only, and for her, they do not exist. Despite her young age, she always wants to have her prosthesis on, and after taking a shower in the morning, she tries to put it on immediately to go outside.”

Amelia’s courage and perseverance is also an inspiration for her parents and everyone else around her.

“Now, when someone complains, they immediately say, ‘I am complaining about nonsense—look at Amelia, she can do anything,’” Caroline shares. In fact, after seeing Amelia’s abilities with the new prosthesis, her parents plan to give a bike!

Thanks to the generosity of donors like you, Amelia’s story is only one of many. With support from the Project of the Month Club, Mahavir Kmina center will be able to provide prosthetic limbs to 30 people, giving them the freedom to pursue their full potential—and inspire hope in all those around them.

From the bottom of my heart: thank you for helping make stories like Amelia’s a reality. 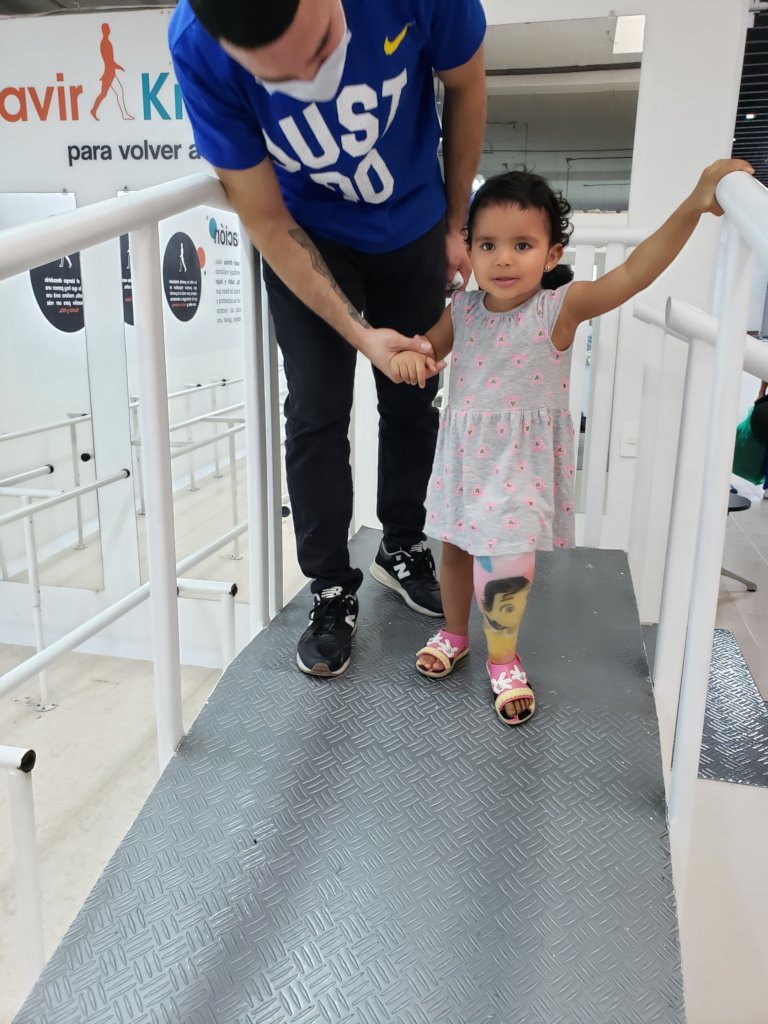 Amelia takes her first steps in her new prosthesis

Thank you for revitalizing Indigenous communities 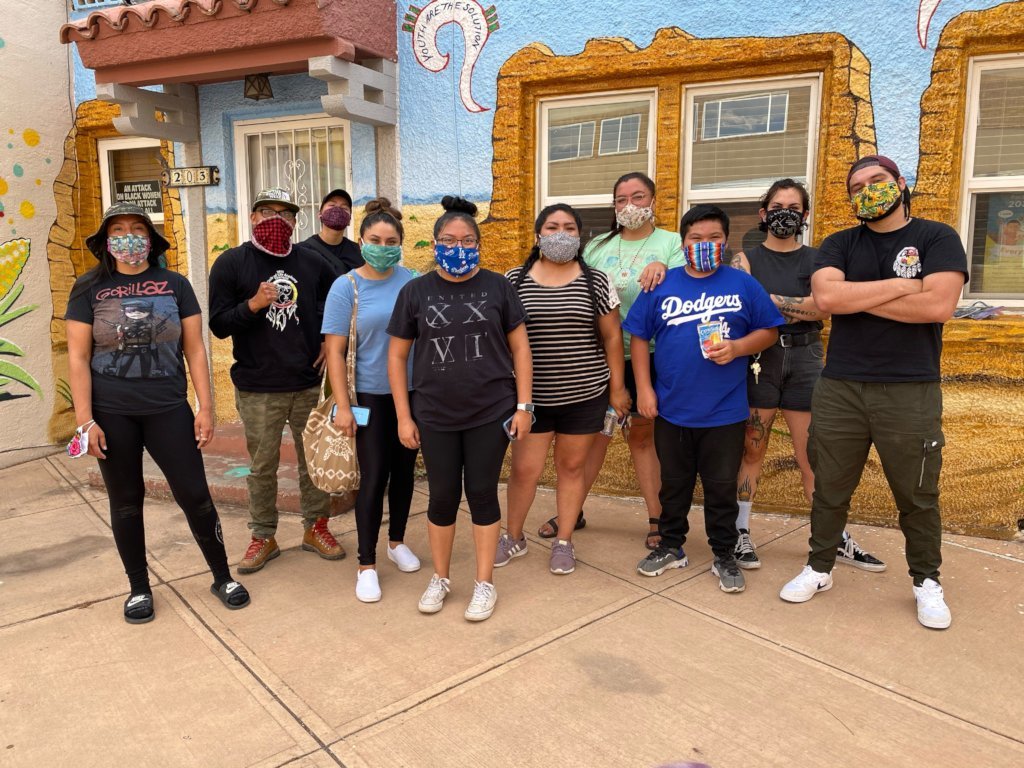 First and foremost: thank you for your continued generosity. Together, the Project of the Month Club is creating positive change each and every day—and building the foundation for a brighter future. In the words of S.A. Lawrence-Welch, Director of our March Project of the Month recipient: “The first step to healing is feeling not alone.”

In February, you joined a community of 647 donors to raise $25,790 in support of Childline Kenya’s project Shine a Light on Child Abuse in Kenya. This month, that generosity will support Seeding Sovereignty’s kakichihiwewin project.

An Indigenous, womxn-led collective, Seeding Sovereignty works to tackle oppression and environmental degradation by revitalizing Indigenous practices and communities in the United States. Their kakichihiwewin project supports this mission by creating online healing circles, sending out care kits, and curating an online storytelling series that elevates the experiences of Indigenous people.

“Everyone has a story, and the kakichihiwewin project will be there to help heal through words,”shared Lawrence-Welch. “Nitataminan - I am grateful and thankful, knowing I can continue this work with security. It truly is a gift and a blessing to not only me but to those who benefit from kakichihiwewin.”

To learn more about how Seeding Sovereignty is helping Indigenous communities thrive, check out their most recent report.

Thank you for another month of inspiring compassion!