Another bright future - thanks to your support! 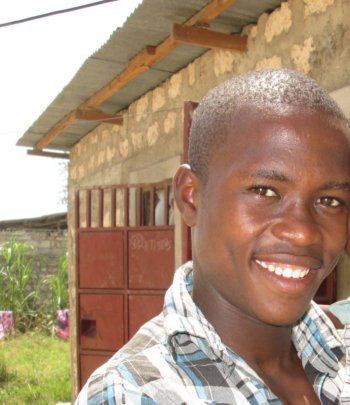 Well it's been another busy three months at Glad's House and we are so excited to share with you another story of one of our amazing young men who you have supported to transform his life. Meet Tom.

Tom was born in 1998. His Parents separated when he was still very young. Tom was living with his Mother and Step Father but in 2006, when Tom was 8 years old, the relationship broke down and Tom ran away to the streets. However his Father heard about his son living on the streets and at that time, Tom moved in with his Dad.

Over the next 9 years Tom was returned to different family homes SIX times by Organisations – his Mothers, his Fathers and his Grandmothers. Each time he was placed home, the adults in his life let him down and he returned to the streets of Mombasa. Each time more damage was caused to his self esteem and mental well being.

At 17, Tom was surviving by parking cars in Mombasa city centre. He got to know Glad’s House Outreach Team who conduct street work, street soccer and sessions at our Drop In Centre. Tom had a dream of finishing his education – he had been to so many schools over his 9 years of insecurity but he was focused on joining the Army and to do that, he knew he had to finish Secondary School.

We saw the drive Tom had to change his life and so he moved into our Transitional Home - "Half London' that you pay for. He worked hard to work through the pain of six failed ‘reunifications’ and to find a happy medium where he could rebuild a relationship with his Family from a far. Our Team worked incredibly hard to secure Tom a birth certificate so that in December 2015 he could sit for his Primary School Certificate – he scored 270, a VERY respectable mark; we were all incredibly proud of him.

Because of your support Tom is now studying at Secondary School and is a step closer to achieving his dream of joining the Army. Last month Tom also competed in the National Junior Boxing Championships for the Coast Region!

Without your support Tom would still be on the streets, without hope for a positive future – now he has a Primary School Certificate and is on his way to securing a Secondary School education. Tom’s future is bright because of your support!

So from me, the Team and of course Tom, thank you!

ps A favour - This programme is ongoing and Tom's friends who are still on the streets need our support to change their lives and have a brighter future too. Please share Tom's story with your friends and encourage them to support us! THANK YOU! 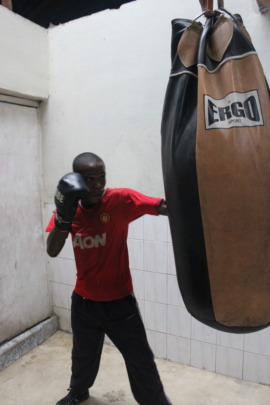 Tom training in the Boxing Gym 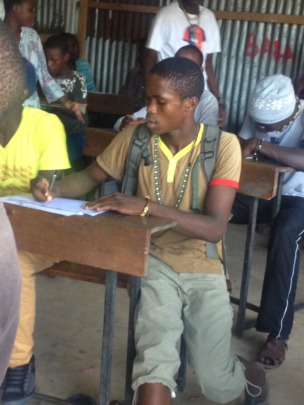 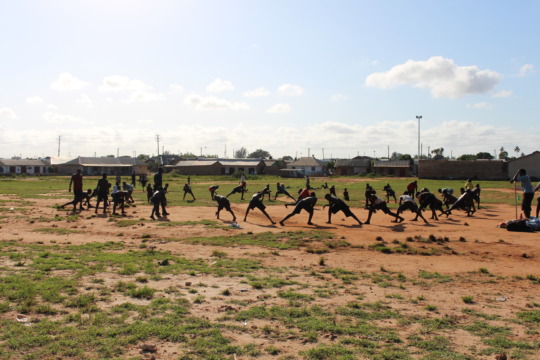 Erick and friends in football coaching!

It has been a busy start to the year for us at Glad's House, particularly with our Advocacy Team. This quarter we want to share with you a little bit more information about our Repatriation work with children in prison. Thanks to you and your ongoing support of this work we have now been able to support over 50 children and young people ut of prison and back home to their families.

One of those young people is Erick*. Erick is now 17 years old and comes from the Eastern part of Kenya. Erick's parents separated when he was a child and he was cared for by his father. His father later remarried and Erick was told his mother had gone to Mombasa.

At the age of 15, Erick was desperately unhappy and wanted to find his mother. During the school holidays he found some work and saved his salary to come to Mombasa to find his mother. He arrived in Mombasa and had no where to stay whilst he was looking for his mum so slept in a shop door way in the city centre. Within three days he had been arrested. His crime was sleeping. He was taken to Court and then to the Juvenial Remand Home as he waited for his case to be heard. Once in Court, he was ordered to be released and taken home by an officer from the children’s department back home and handed over to his dad.

However, as the department had no funds to support Erick home he remained in the Juvenile Remand Home almost a year. During that time he was treated as a criminal with no access to education, no time to play and no acccess to basic sanitation. Erick has lost all hope of ever returning home and finishing his education.

Because of YOU and YOUR generosity Glad's House staff were in the Juvenile Remand Home. Our Social Worker, Mugambe, and Football Coaches, Bufa and Dula, got to know him and built relationships with him. Erick soon shared his situation and his depseration to return home and continue his education. Thanks to YOU we have now been able to support Erick out of the Juvenile Remand Home, back home to his family and back to school so he is able to finish his education and now has a bright future ahead of him! Thanks to you, Erick and 49 other children and young people have bright futures again.

Thanks from all of us!

*Due to Child Protection Issues names and identities have been protected 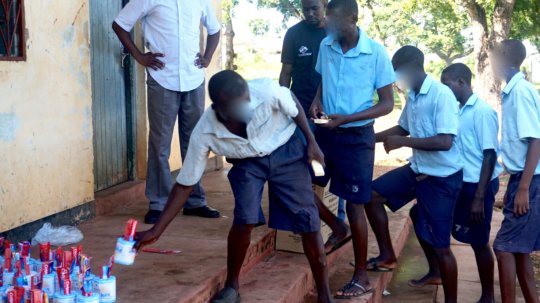 Meet Steven, just one of the young men you support! 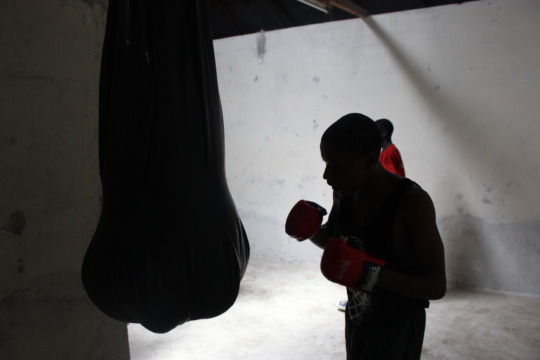 Steven in the gym!

To All Our Fantastic Supporters,

We were overwhelmed by everyone's generosity at Christmas to support our young people and we are so excited to share this update with you all! We currently have12 young men in our Transitional Home but we want to tell you about one... Steven.

Steven is 20 years old and hails from Western Kenya. Both his parents passed away during his early childhood. He dropped out of school in 2007, when he was11 years old, a year before he was going to finish Primary School. Soon after he dropped out of school he ran away from his guardians and made his way to the streets of Mombasa

Steven spent the next 8 years between different centres, in school and ton the streets of different Kenyan cities. In mid 2015 Glad’s House began to work with Steven through our initiative Street Soccer. When we met him, he had given up hope of an education or a positive future. Steven was surviving by parking cars along one of the main roads in Mombasa City Centre. He began to built a relationship with our Street Workers, and they were able to identify the support Steven needed to change his life. Steven was then supported off the streets and into our Transitional Home.

Steven is now working hard with Glad's House Teachers to prepare himself to return to formal education. Despite his age Steven has set his mind to returning to Secondary School and finish his education. He has big dreams to achieve great things. Steven has also been able to work with our Social Worker to work through some of the trauma he experienced at home and whilst on the streets. He has developed his communication skills, life skills and coping strategies to equip him for a positive future and to realise his full potential.

We asked Steven about his hopes for the future, he told us,

“I hope to study harder to pursue my career in accounts. I hope to fly abroad after my school to study more. I want to remain part of Glad’s House to work together… so that I would help those who will not have achieved their goals or those who will have not completed their goals. I wish to live an interesting and comfortable life in the future with a family (wife and children)”

On behalf of all if us at Glad's House and on behalf of Steven, I want to say the BIGGEST of Thank Yous, Steven has a bright future and is a lot closer to achieving his dreams. We couldn't have done it without your generosity. This is just one of the lives you have impacted because of your support and in the coming months I'll let you know how Steven and some of his friends are getting on!

Vicky and the Glad's House Team

*Names have been changed and face hidden to protect Steven's identity 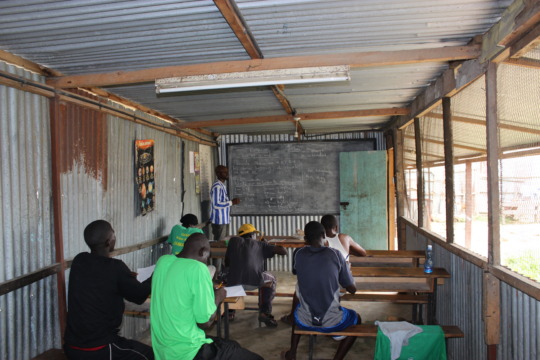 Steven and friends in Class
‹ 1 2 3 4 5 6 7 8 9 ›
WARNING: Javascript is currently disabled or is not available in your browser. GlobalGiving makes extensive use of Javascript and will not function properly with Javascript disabled. Please enable Javascript and refresh this page.