Watch our Lifeplayer in action with preschool kids 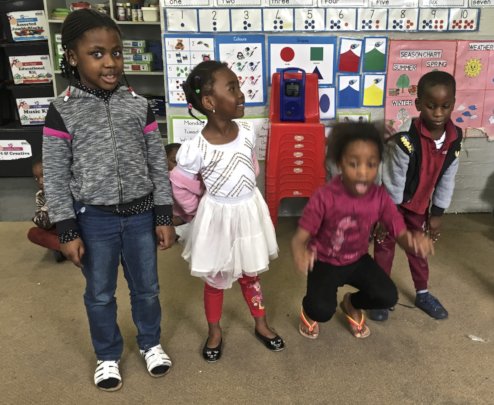 GROW preschoolers and a Lifeplayer MP3

We think the best way to get a sense of how the Lifeplayer works in a preschool is to watch a video.  We’ve created a short SoundStart video of the Lifeplayer in a Cape Town preschool, which we hope you will enjoy.  You can click on it below.

The school featured is located in an industrial area and has security bars on the windows and doors.  The parents of the children are immigrants from Zimbabwe, DR Congo, Malawi and Rwanda.  They are day laborers, domestic workers, gardeners and small scale traders who now live in local townships.  Parents drop their kids early before work and collect them at the end of the day.   It’s difficult for teachers and caregivers to keep the energetic learners busy and stimulated all day.  This is where the Lifeplayer comes into its own.

Pre-loaded on a memory card with locally produced music and songs in English from Wriggle and Rhyme, the teacher starts each day with a song.  When the Lifeplayer was first introduced, the children could not speak English.  Two months later, they had memorized a dozen songs in English!  They also conversed with one another in English as it was their only common language.  The teachers are also recording stories for the children to listen to while they take a break.

The school is part of GROW with Educare, a for-profit network of preschools which started in Cape Town and has now grown to Durban and Johannesburg. The schools charge parents a small amount each month to ensure the sustainability of the schools since, preschool does not fall under the government's Department of Basic Education.

Each GROW principal and teacher is comprehensively trained and provided with a “school in a box”.  The box includes teachers’ guides, toys, educational materials, equipment, posters, books and a policies and procedures manual.  Some receive a Lifeplayer as well. The principal also receives business training to ensure she can properly manage her school and its finances.  We think it’s a great model which is sustainable, impactful and job creating.

We’re delighted that our Lifeplayers are growing with them. 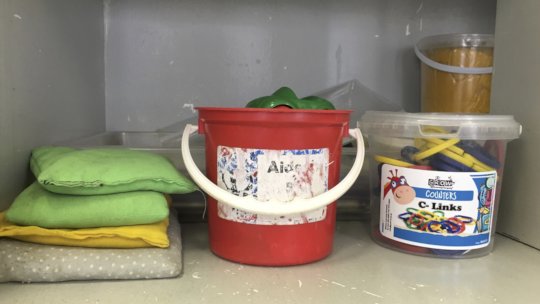 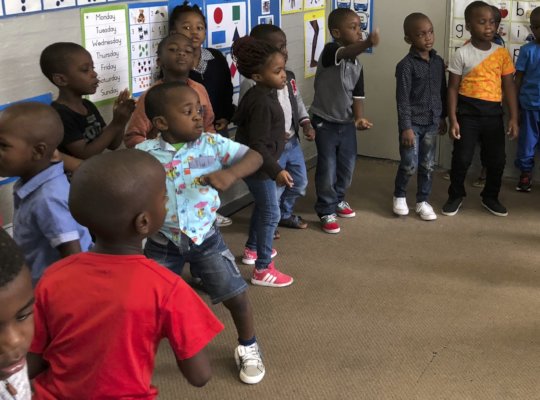 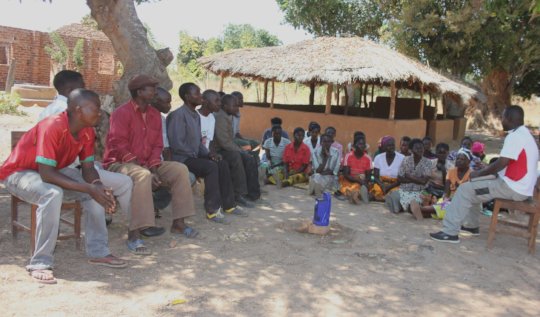 In 2011 COMACO was working with around 80,000 very poor smallholder farmers in Eastern Zambia.  Many started as wildlife poachers or charcoal producers to support their families in the belief that they couldn’t make a living from farming.  Others were susistence farmers, barely able to eek out a living for their families. COMACO changed all that.  One of the biggest problem was lack of knowledge.

Their weekly radio program, Farm Talk, grew increasingly popular with rural farmers.  However, it was quickly discovered that farmers didn’t own radio sets.   That’s when COMACO first contacted us and procured their first thousand Prime radios from us.

Farmers were organised into cooperatives.  These cooperatives also served as listener groups, as it was quickly realized that groups listening to Farm Talk were more effective than farmers listening on their own.  This way, farmers listened together, discussed what they learned and collectively acted on the information. Yields started increasing, along with incomes.

Fast forward six years on, COMACO is now working with an astonishing 180,000 farmers – more than half of whom are women.  All farmers must sign a conservsation pledge to practice organic, conservation, climate-smart sustainable agriculture.

And as COMACO has expanded, we’ve grown with them.  They’ve not only procured thousands more Prime radios, they’re now using Lifeplayer MP3 units for two main purposes.  One, to reach those areas that don’t receive a radio signal, and secondly for continuing education.

There are six levels of farmers within the COMACO structure.  Targeted content is pre-loaded on to the Lifeplayer units for each level of farmer.  As one goes up the ladder to a lead farmer, cooperative leader, area leader, etc., they need to broaden their knowledge to include farmer management, bookkeeping and marketing.  Then they must take an exam.  Many farmers, especially women, are illiterate, so listening is the best way for them to learn.Their exam can also be oral.

By having informed and committed farming cooperatives around North Luangwa, it is hoped that poaching and charcoal production will be curbed.  Due to poor radio signal strength in the area, mainly Lifeplayers pre-loaded with conservation farming content will be used.

As COMACO grows and expands, we look forward to growing with them and helping rural farmers increase their livelihoods through increased knowledge. 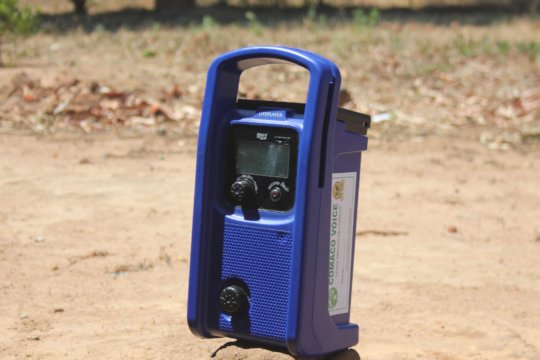 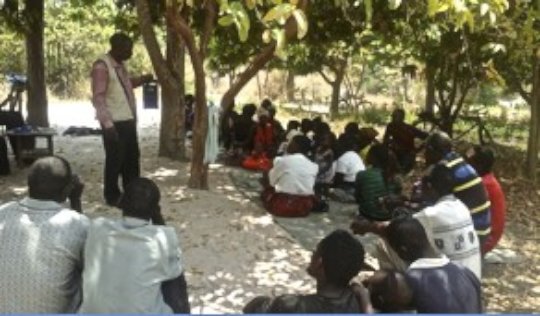 One of the pitfalls of success!

We’ve just received an urgent request from Zambia’s National Food and Nutrition Commission (NFNC) for 50 additional Lifeplayer MP3s.  The 1000 Days of Motherhoodaudio programs are proving to be hugely popular and in demand, which is great.  However, they need more – and now!

The first Lifeplayer units went into mother’s listener groups in five provinces, Western, Eastern, Muchinga, Luapula and Northwestern. Many areas are rural and sparesely populated.  In every instance, there weren’t enough units to go around.  Two or three groups miles apart often share one Lifeplayer - walking or taking it by bicycle to another group  Also, many of these remote areas don’t receive a radio signal, so even if the content is broadcast in local language on the radio, the women can’t access it.

The NFNC specifically focused distribution on those areas in Zambia with the highest rates of childhood stunting – up to 25% in some areas. And the audio content, called Bushes that Grow, which has phase 1 and phase 2 is created in five languages to cover all major language groups.

To date, the NFNC surveys have revealed that approximately 12,560 households have been reached with the programs so far. Although it is soon to confirm the direct impact that the programs are having on families, respondents expressed optimism.  They say that they are on the right track now with the new nutrition information and knowledge they have gained.

Their most urgent need is for Lifeplayer units.  The NFNC have pledged to cover all training and distribution costs if Lifeline Energy can supply the Lifeplayer MP3s.  Their budgets have been cut by their main funder, USAID, and they've asked us for help.

We sincerely hope that you’ll continue to support this really wonderful initiative to benefit vulnerable Zambian families. Thank you and let us know if you have any questions about the 1000 Days of Motherhood initative.

‹ 1 ... 6 7 8 9 10 11 12 13 ... 44 ›
WARNING: Javascript is currently disabled or is not available in your browser. GlobalGiving makes extensive use of Javascript and will not function properly with Javascript disabled. Please enable Javascript and refresh this page.