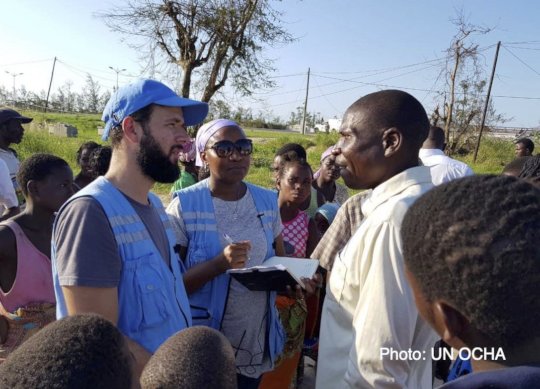 Cyclone Idai made landfall at night on 14 March 2019 near Beira, a city of 500,000 in central Mozambique. Idai left more than 600 people dead; more than 1,600 people injured, and an estimated 1.85 million people in need of support in Mozambique alone. In May, there were cumulative 6,750 cholera cases and eight deaths with the epidemic considered under control. Malaria cases in Sofala Province have continued to rise, with 26,787 cases registered.  Idai also wreaked havoc in eastern Zambian and southern Malawi.

A second cyclone, Kenneth, made landfall in Cabo Delgado Province in the north on 25 April. At least 45 deaths have been reported and 18,029 people were initially reportedly displaced, according to the National Disaster Management Institute (INGC).

Together, these category 4 cyclones in the span of just six weeks created one of the worst weather-related disaster on record to hit the entire southern hemisphere on record.  Cyclone Idai destroyed about 1.8 million acres of crop land and Kenneth a further 70,000 acre, creating longer term issues around food security. Nearly 80% of the country's labour force works in agriculture.

Mozambique has only a 45% literacy rate in rural areas and even less for women. This makes radio all the more important. Radio remains the most vital communications medium in the country.  Community radio networks were knocked out in both storms. One of our partner organisations, First Response radio got local stations up and running, however, very few people had radios.

When cholera broke out, local language audio MP3 content was loaded on a phone.  An aid worker got on a motorcycle with a megaphone and drove to schools and makeshift camps where people congregated to play the messages.  Although highly innovative and helpful, this is not sustainable.

So far, we’ve sent 200 of our new Fenix radio-lights to survivor families of Cyclone Kenneth.  We let our on-the-ground distribution partner CARE International best determine where they are most needed.  Priority will be given to families with disabilities and those who lost loved ones.

Many more Fenix units are needed, especially with the increasing food insecurity and continued lack of formal housing.  Survivors need to know the latest news from the government, where to get the aid they need, what to be mindful of health-wise and much much more.  The TV cameras are gone, but the need continues to grow.  People don’t have money to buy radios, phones or even airtime. With a Fenix, then everything is free, in addition, to light at night.

1000 Days Scaling up in Zambia 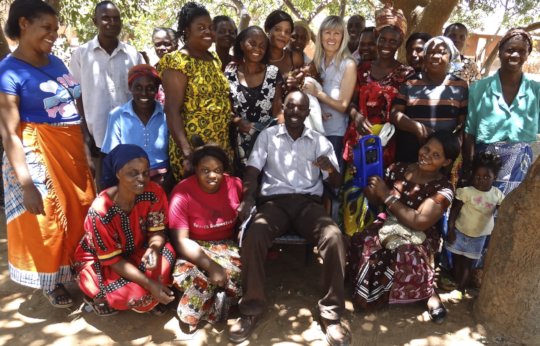 The Glory Listener Group in Western Zambia
We are delighted to advise you that the 1000 Days of Motherhood initiative in Zambia now is scaling up to include deep rural districts that were not included in the first phase of the programme.  Fifteen disticts particpated in three of the country’s ten provinces in phase 1.  Zambia is divided into provinces, districts and wards and is roughly the size of Texas.  Our partner, the National Food and Nutrition Commission (NFNC) selected those districts where 40% or more of children under five were stunted.

We thought it might be helpful to give a bit of backgound information as to why Zambia has some of the highest rates of stunting in the world and why the1000 Days is truly a critical initiative.

Zambia’s population is young.  The median age is 16 with life expectancy for women at 54 and for men 51. Nearly 60% live in rural areas.  Life in rural areas is hard. There are fewer schools and health facilities and infrastructure is less developed. Women are less likely to be educated and rates of illiteracy amongst women can be as high as 80%.  The median age for first-time mothers is 19. Rural women have an average of six children each. Children are seen as a symbol of prestige.

The majority of rural women are subsistence farmers who grow mainly maize (corn).  Variety is lacking in the family diet. This creates a perfect storm for stunting and under-nutrition.  Micronutrient and Vitamiin A deficiencies are common, as is anaemia.

The 1000 Days of Motherhood initiative is a series of audio programmes that covers all aspects of maternal and child health and nutrition. Listener groups of mothers (and some fathers) meet weekly to listen to programmes and discuss what they’ve learned.  The Bushes that Grow audio series is produced in seven local languages and in English.

NFNC are ambitiously scaling up and hoping for 300 more Lifeplayer units, according to the project lead Eustina Besa.  Please continue supporting this wonderful, high-impact project.

We are excited to report that our Prime radios will be used to support a new conservation and farmer livelihood project  with COMACO, this time in the Central Province.

Located not far from the border with the Democratic Republic of Congo (DRC), Kasanka National Park lies in the Serenje District and is one of Zambia's smallest national parks being only 150 sq. miles in size.  It is also one of the first national parks to be managed by a private-public partnership - the privately funded Kasanka Trust Ltd.  This partnership has been operational for more than 30 years and all management responsibilities are in partnership with the Department of National Parks and Wildlife.

The collaboration between COMACO and Kasanka Trust aims to empower local communities by strengthening the links between livelihood and conservation activities. COMACO will be replicating the highly successfuly model which has proved itself time and again over the past 17 years.

Farmers will register with COMACO and take the COMACO 'pledge' committing to not harm the environment, not to paoch or harm wild animals and not use commerical pesticides. Farmers will work together in cooperatives and will use our Prime radios to listen to Farm Talk radio programs.

Additional Prime radios and even Lifeplayer MP3s will be used to educate farmer groups on the COMACO methodology.  Poaching is a serious problem in the area, and as in the Eastern Province, it is hoped that farmers who poach will be turned into protectors of wildlife - especially elephants.

Please consider helping us give COMACO a kickstart on providing Primes and Lifeplayers to rural and isolated farmer groups. We'll have more to report in our next update!

‹ 1 2 3 4 5 6 7 8 9 ... 44 ›
WARNING: Javascript is currently disabled or is not available in your browser. GlobalGiving makes extensive use of Javascript and will not function properly with Javascript disabled. Please enable Javascript and refresh this page.