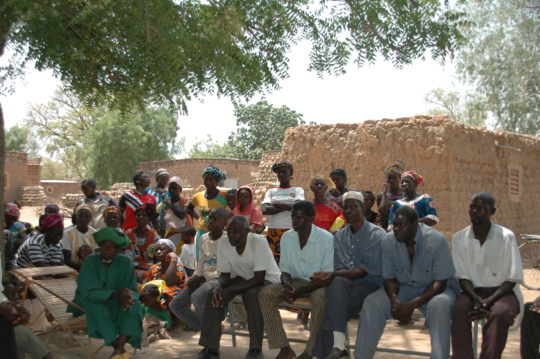 Meeting with men and women in the village of Fina

When we started the beekeeping project, the applicants lists consisted only of men from 4 villages. Women of those villages where told not to apply by the men.

For the second funding for beekeeping we had, we decided to accept only women applicants. Those women were from 3 new villages where men had not had the chance to aplly yet.

For the irst group of beekeepers we had no problem with the training and the setting up of the hives in the 4 villages. However, the men of the 3 new villages created a lot of difficulties for us to train the women and set up the hives. For example the men were making sure that the women were not available at the dates planned for the training. Also, since the land belongs to the men, they were not accepting the location for the set up of the hives.

Taking into account those difficulties, we had to promise the men of those 3 villages that they would be included in the next group of participants. This is what we did and all the problems were gone.

From now on, for the beeking project we are making sure that both genders can participate.

What we have learned is that, even if we know that projects will work better with women than with men and if we want it to be a success, we have to have a good balance on who in the village will benefit from the projects. 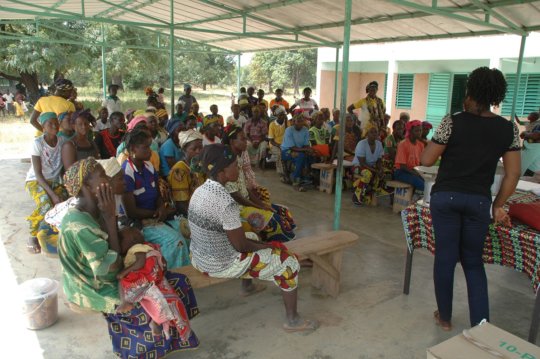 Meeting with women in the village of Sokourani
Sep 6, 2017

End of the school year in the nursery schools 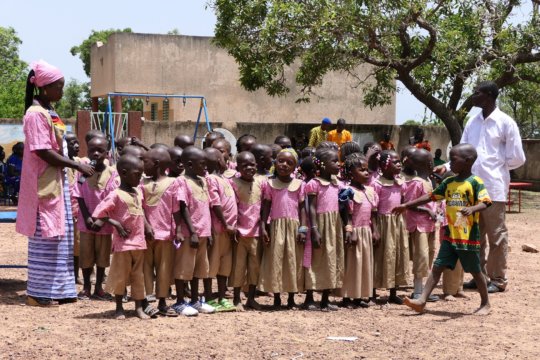 Beginning of July was the last day of school for the 270 children we have in nursery schools in 5 villages.

In the month of June they had prepared a special event for the parents and friends. There were songs, dances, recitations, sketch… The work done during the year was also given to the parents. It is always a lot of fun for children and parents.

Parents generally cannot believe that so small children can learn so much. Their idea is that you can learn only when you have a certain age…..

In the local culture, children do not talk to adults. Children coming out of the nursery school are surprising their parents by asking questions such has” What is for dinner?” or “ What are you going to do tomorrow?”

We thank you for your help and hope than you or your friends can help us keep sending children to nursery school. 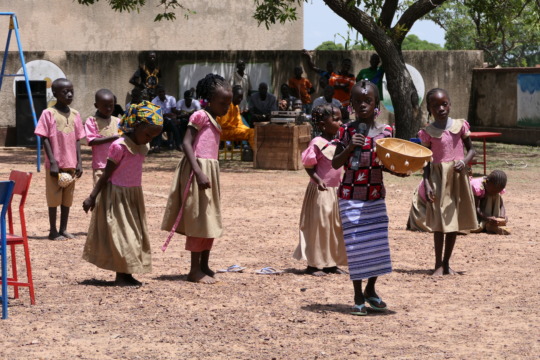 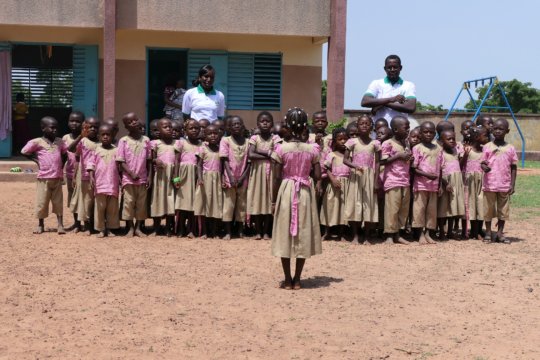 Children and staff of Oualana 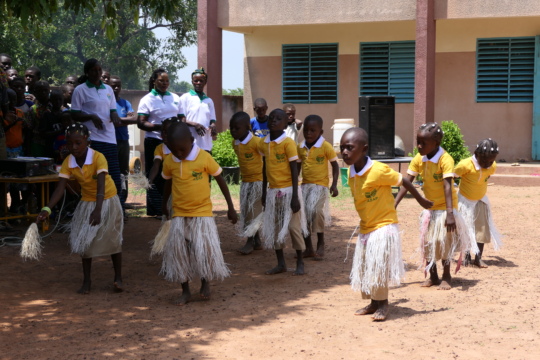 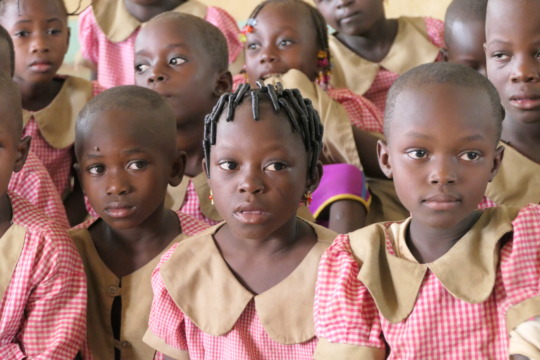 Selection of students for the new school year 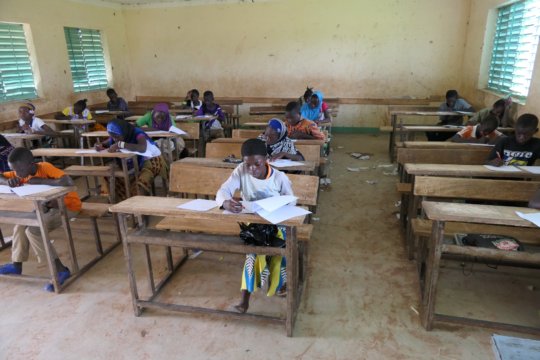 Children during the test in the village Nefrelaye

Each year in July, we select students to enter the LAP.

They are selected among children of 11 villages who have succesfully finished their primary school.

This year we had 6 selection centers where we received 155 candidates. We are looking at selecting a maxixum of 70 students. Out of those 155 candidates, 96 where girls and only 59 boys. Parents see the boarding school aspect of the LAP has a protection for the girls, mainly to avoid to become pregnant.

The test is a mix of questions for French, math, general knowledge and logic.

This year we selected 64 students (38 girls and 26 boys) aged between 11 and 14 years old. We had 39 girls at first, but we were told that one was pregnant!!!!! This is unfortunatly the situation of many girls in rural areas. This confirms the motivation of parents to send girls to our school.

This new school year we will also have a new director, Pamoussa Sawadogo. He will start on August 21st.

Attached you will find a detailed report about the past school year. Do not hesitate to contact us if you have questions.

As you can see in the report, your financial support to the LAP is very important. Please communicate to your friends and family about the LAP. 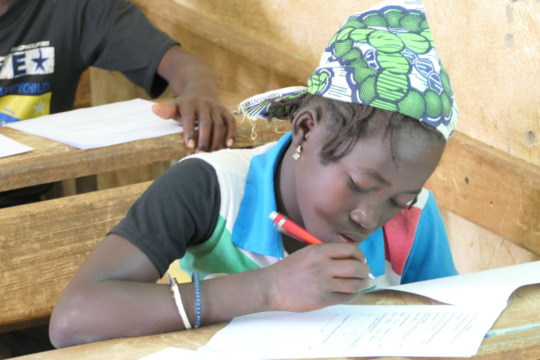 Girl passing the test
Attachments:
‹ 1 ... 16 17 18 19 20 21 22 23 ... 26 ›
WARNING: Javascript is currently disabled or is not available in your browser. GlobalGiving makes extensive use of Javascript and will not function properly with Javascript disabled. Please enable Javascript and refresh this page.