Thanks for helping Syria through the harsh winter! 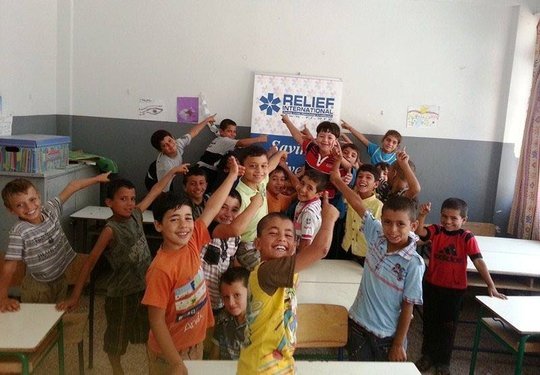 Syrian kids back to their studies thanks to you!

Syria is wrapped up in a complicated, multifaceted, and often misunderstood conflict. While the situation currently appears relentless, we cannot forget about the thousands that are fleeing their homes in search of safety for their children and their families. It is your donations to this Syrian Refugee fund that get people the safety they need and deserve. Your generosity helps with building and upkeep of the life-saving refugee camps. Unfortunately, Syria and the whole region is facing a very cold and harsh winter, our partners have focused all their efforts on getting the refugees through the season and providing the basic necessities of life; like food, shelter, healthcare and education.

The organization Relief International, is trying to cover all areas with the donations they receive from this GlobalGiving fund. Throughout the conflict, RI has prioritized education and getting refugee children back in school. Through their accelerated learning program in Lebanon and Jordan, RI has already reached 8,000 children between the ages of 3 and 14. In Iraq 7,000 refugees live in the Dara Shakran camp, here RI operates a laboratory which examines water quality to ensure it is safe to drink. Also at this location they distribute sanitation and hygiene  packs, which have daily basic toiletry needs. Like I mentioned before it is an especially harsh winter in the Middle East and Relief International has responded by also distributing winterization kits to children in need. Relief International is just one of many benefitting from your donations!

The next organization doing great work because of you is actually inside the war-torn Syria and has saved millions of lives already. Doctors Without Borders works on the ground in crumbling hospitals and makeshift response stations in order to help civilian victims of war. With limited supplies and dangers of blasts and crossfire, Doctors Without Borders is still rescuing the most needy among us. Recently they shared a story of the premature baby Sedra. Sedra’s mother went into labor three months early and delivered twin girls in an insufficiently equipped and makeshift hospital in Syria. The facility had no incubators or medicines meant to treat premature babies, which is common in the war stricken state. Sedra made it past her first few hours of life, sadly her infant sister was lost soon after birth. Sedra and her mother were ambulanced in the middle of the night to the border where she was passed in a tiny bundle through barbed wire to awaiting medic hands. Sedra spent 24 days in an incubator, she has since recovered and is a healthy baby girl. This beautiful story of survival, even against many odds, is one of hundreds like it thanks to Doctors Without Borders and your generous donations through GlobalGiving.

World Food Program has the a clear cut mission, get food to the most needy among us. The Syrian refugee relief program is currently their biggest project,  feeding around 3.4 million people already. Along with Doctors Without Borders, WFP is one of the few organizations actually inside of Syria, most do their work in the refugee camps on the border where the dangers of war are not as evident. In-country, WFP distributes local staples like wheat flour, bulgur, lentils, and canned goods, they also give out specialized nutritional products called Plumpy’doz and Nutributter. These products give a malnourished child all the nutrients and vitamins his or her body needs for healthy development. Every month 100,000 Syrian children get this lifesaving tool thanks to your donation to this GlobalGiving fund. In the refugee camps, where there is enough food for everyone, but not everyone can afford it, World Food Program hands out vouchers to needy families. So far, WFP has given $100 million in food vouchers in Lebanon and Jordan; these are are accepted by local markets and vendors which thereby bolsters the local economy. World Food Program saves millions of lives, and by donating here, you have made that possible!

We at GlobalGiving want to extend our deepest thanks to you and your generous donation! Your donation gives a premature baby girl a chance at life, or feeds a malnourished refugee child, or just ensures that someone has clean drinking water. Without you this ongoing struggle would be insurmountable. For three years war has ravished Syria and its people, the international response has been a mess of politics and opinions, but it is your tiny voice that has been heard the loudest. Your donation is impacting the lives of thousands of needy families; some hundreds of miles from home, some separated during the journey, some devastated by lost loved ones. All humbly thankful towards your contribution, thank you for being their voice and saving a life. 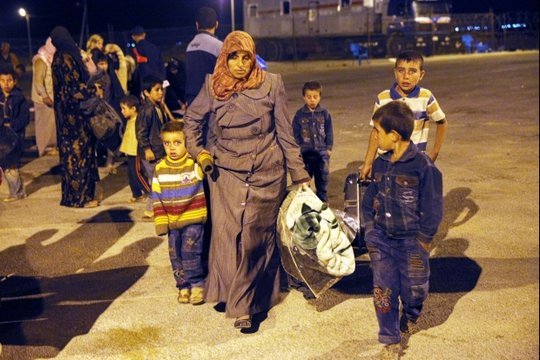 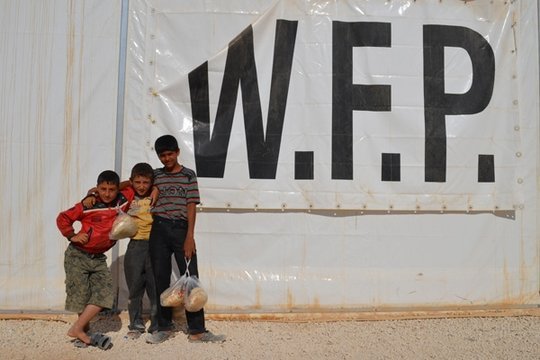 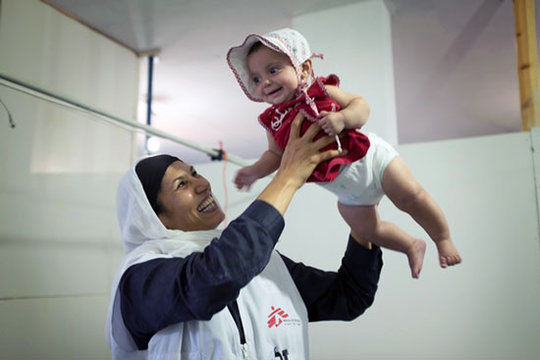 Update from our partners working in Syria 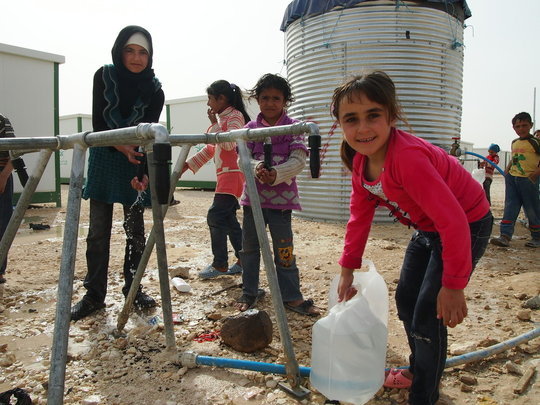 Escaping violence is no easy feat, and those who are able to run away from its grasp do not always find peace.  The Syrian Civil War has forced more than 2 million people to flee their homes, creating one of the biggest diasporas in contemporary times. However, thanks to your kind donation, GlobalGiving’s partners such as the World Food Program USA, Oxfam America, and Relief International were able to provide food vouchers, warm clothes, and education to refugees and refugee children. From all the corners of the world, these successful stories serve to exemplify how much a person can help, even from outside. Following are some great stories from our partners:

Jordan was one of the many countries where victims fled to after the conflict started. Today, around 110,000 people seek refuge in the Zaatari camp, a number that could exceed 10 million next year. The World Food Program USA has brought lifesaving relief and food aid to approximately 3 million people monthly living inside Syria, and 1 million refugees living in Jordan, Lebanon, Egypt, Iraq, and Turkey. Furthermore, the World Food Program has created a food voucher system in which families are able to purchase the products of their choice. Um Shadi, one of the many people in the camp stated families are now much happier because they can “buy what we want; we are very happy with the vouchers”. This great initiative also led to a small boost in the local economy.

It is important to understand that the quality of life of these refugees dramatically took a turn for the worse. These cold winter months have affected many of the people living in these camps; Oxfam America and its partners have helped thousands by providing them with warm clothing, blankets, heaters, rugs, and much needed plastic sheeting to weatherproof their shelters. Moreover, Oxfam America has been making great strides to improve the water, sanitation, and hygiene conditions. The Zaatari camp now possesses emergency latrines for 20,000 refugees and sanitation facilities (such as toilets, laundry areas, and showers) for 8,000 people. The long term goal for Oxfam’s technical team is to be able to assist up to 300,000 refugees through the improvement of water supplies and sanitation facilities.

While this period of conflict will end soon, it is the next generation that will decide the future path of the country. That is why education is of paramount importance. Over 1 million of the refugees are children, and they make up half of the current growing Syrian refugee population. Due to the conflict, their education has been interrupted, accompanied by the psychological trauma as a result of the war. These uneducated children who haven’t been attending to school in years are the results of the conflict and the future of the country. Thankfully, Relief International has been focusing on protecting these children by helping them catch up in school at the Relief International educational center, where they can feel secure while receiving psychosocial relief. Thanks to the many tireless volunteers, children receive classes and organize recreational activities. These kids are determined to continue their educational dreams, and your contributions continue to fuel and make those dreams possible.

Though violence will continue, solidarity and peace will reign on. The evidence is in the thousands of GlobalGivers like you that continue to help GlobalGiving’s partners to provide clothing, sanitation, shelter, and an education to the millions who were misplaced. For the future of Syria is in the hands of its people, but the future of humankind lies in the solid concepts of cooperation and solidarity. 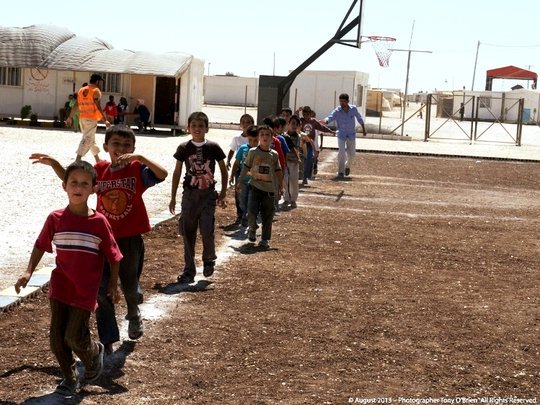 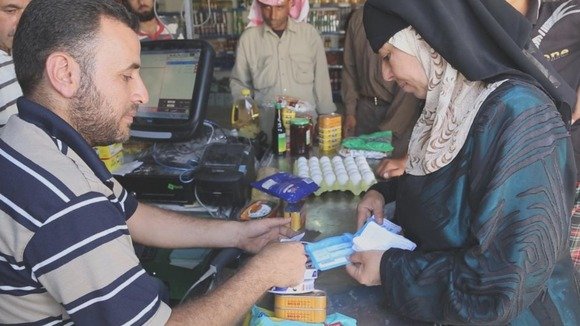 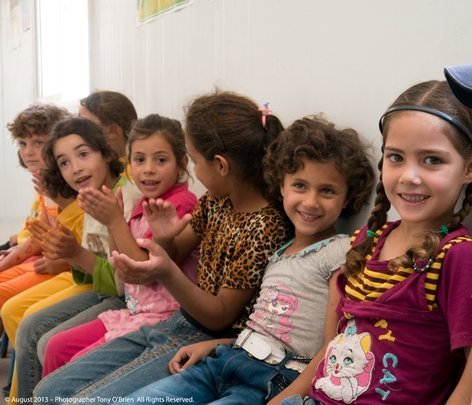