by United for Colombia 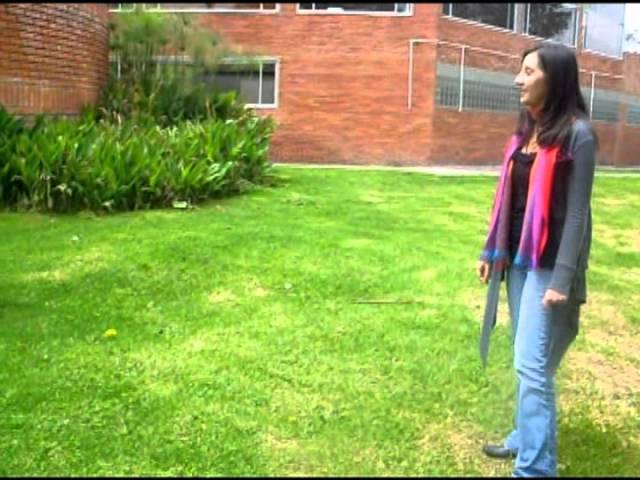 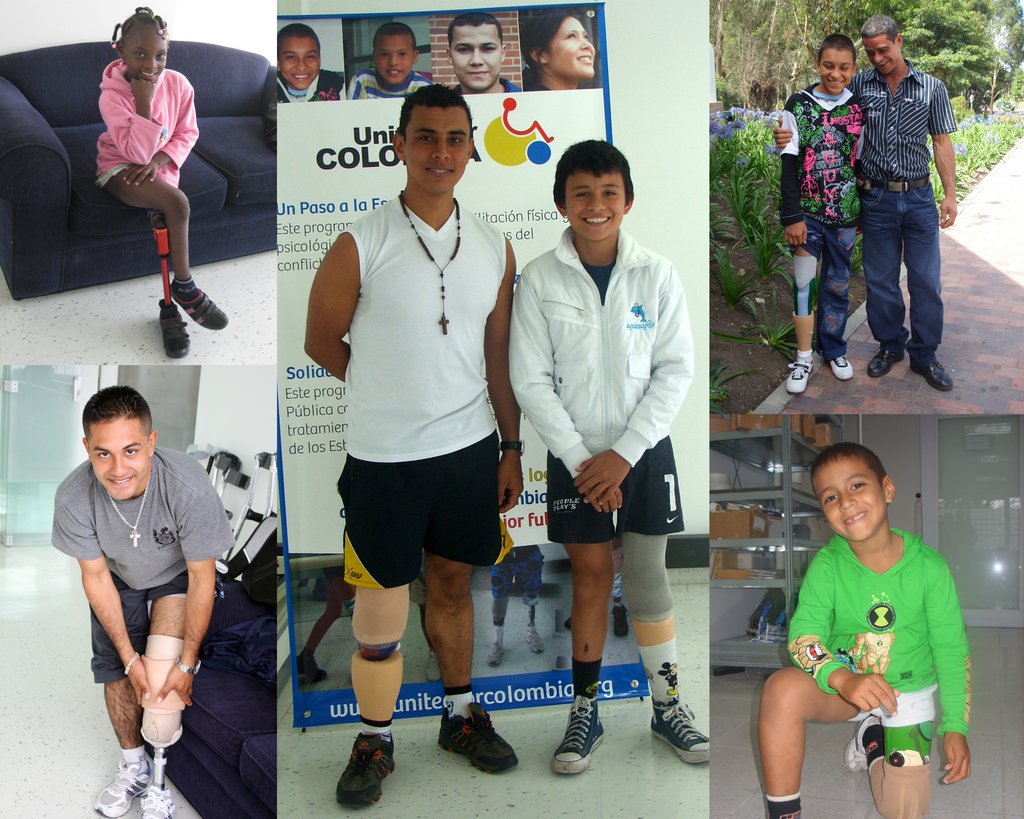 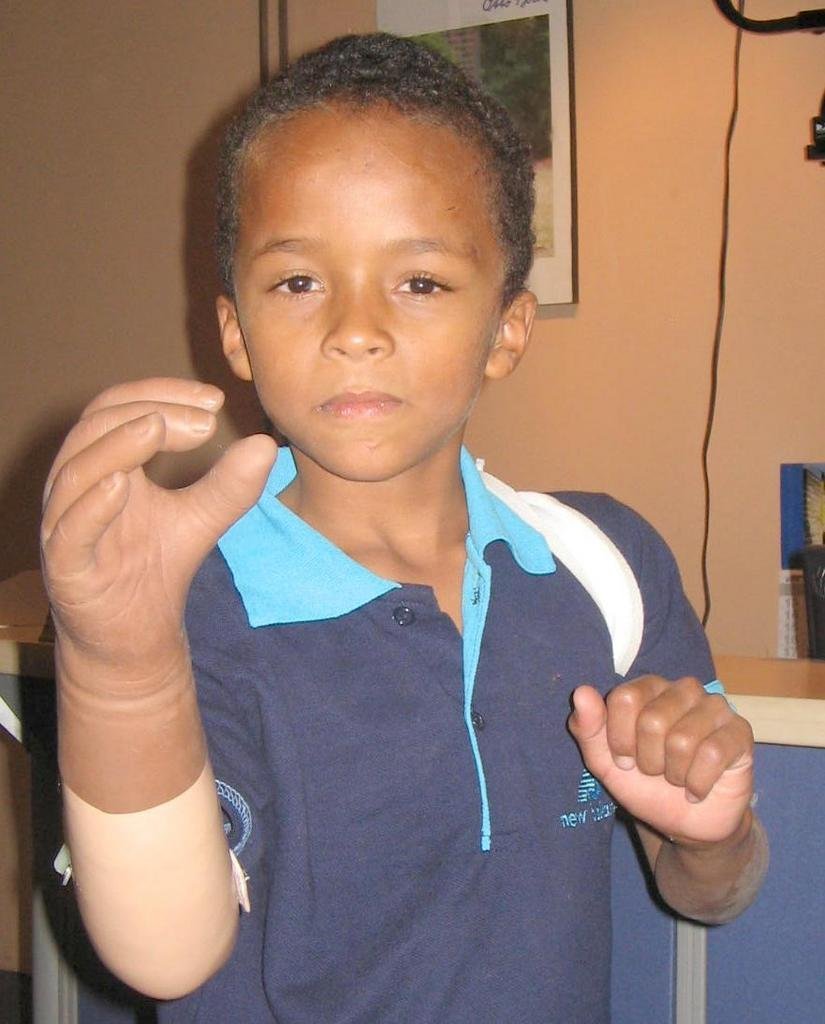 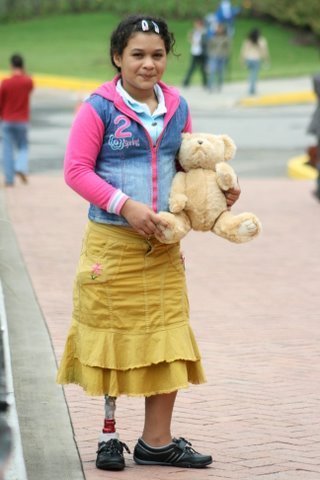 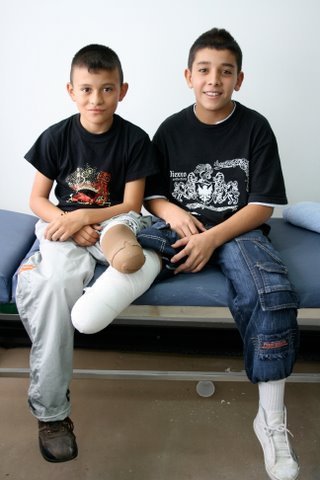 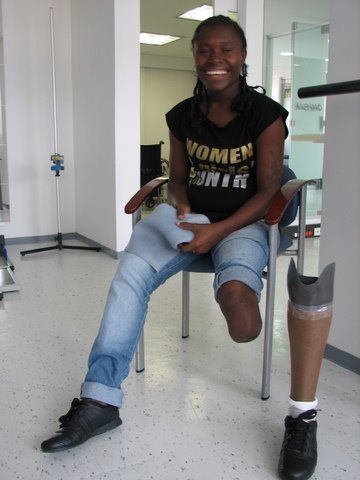 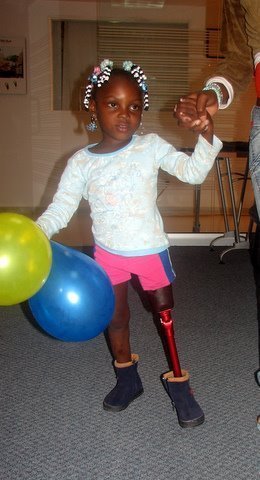 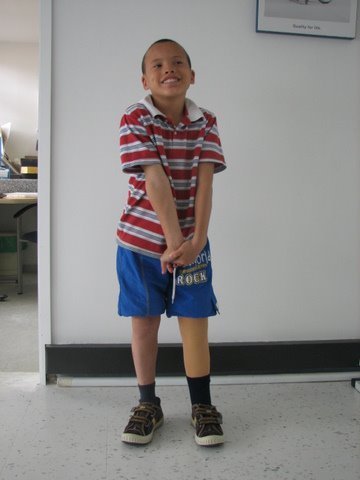 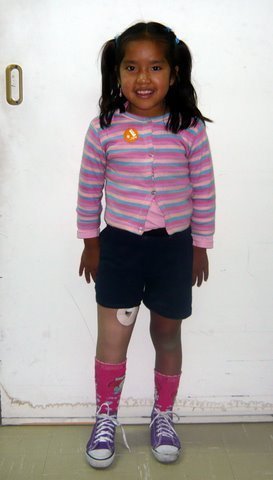 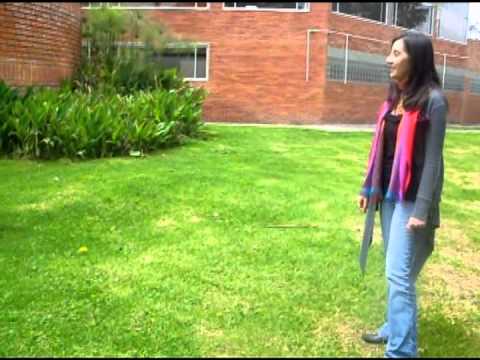 Thanks to your support we can change lives! This year we got to reunite to run and together crossed the finish line. We proved that there are NO LIMITS for anyone that has decided to make their dreams come true. Our team ran the Medellín Marathon and was the social cause of the Bogotá Half Marathon.

We rehabilitated 50 landmine survivors and sought for job opportunities for our beneficieries. In alliance with The Organization of American States - OAS-, Más Capacidad and Prótesis Avanzadas, we produced 30 silicone liners for the prosthesis use of 30 amputeted beneficiaries.

This February, we will carry out a prosthetic brigade in Chocó, one of the poorest departments in Colombia, to help 10 Afro-Colombian amputees.

Your generosity and belief in our mission enables us to perform this work and changes lives!

The Medellín Marathon is the oldest running competition in Colombia. It is organized by MCM Operador de Eventos, a company dedicated to the management of sporting and cultural events of great magnitude. For 10 consecutive years, United for Colombia Foundation have participated with its running team.

This year was particularly special because it was the first time after COVID quarantine that the team could run together again. 30 athletes from different regions of Colombia came to Medellin to join this international race. We invite you to watch the video and enjoy our team’s happiest moments!

These are some of our athletes:

Irma is from Zaragoza, small town in Antioquia, one of the places most affected by landmines in Colombia. When she was 10 years old, she stepped on a landmine and lost her left leg, while she was collecting sticks with her father in the field. Now, she has an 8-year-old daughter and lives with her family. Jhon Montero, in 2008 stepped on a landmine in a military operation in the state of Huila. After retiring from the Army, he studied Graphic Design and nowadays works as a Coach in Mine Risk Education (MRE) in Colombian vulnerable zones.

Thanks to you Irma can walk again!

Many thanks to the GlobalGiving community!

We are truly grateful for the GlobalGiving community that is so commited to helping severely maimed and disabled Colombian children and families to achive their dreams.

Irma can walk again thanks to your outstanding support which makes our program possible.

Irma is from Zaragoza, small town in Antioquia, one of the places most affected by landmines in Colombia. When she was 10 years old, she stepped on a landmine and lost her left leg, while she was collecting sticks with her father in the fied. Now, she has an 8-year-old dauhgther, work in a farm and lives with her family.

On behalf of our beneficiaries, thank you so much for your invaluable support!

We are better together! 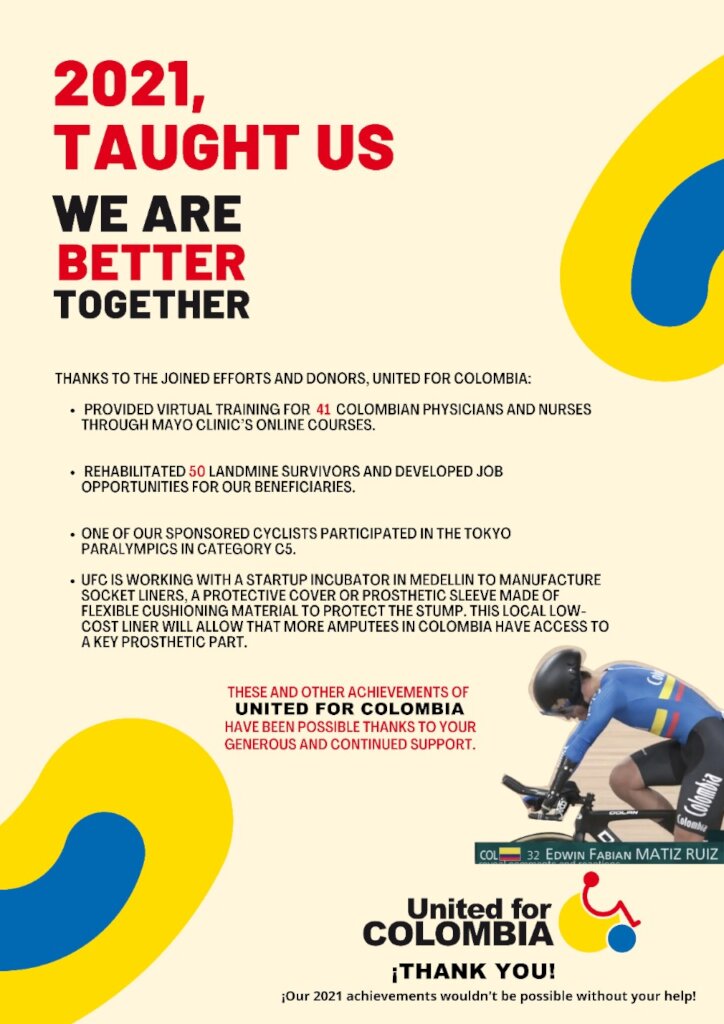 Thanks to the joined efforts and donors, during 2021 in United for Colombia:

*We are working with a startup incubator in Medellin to manufacture socket liners, a protective cover or prosthetic sleeve made of flexible cushioning material to protect the stump. This local low-cost liner will allow that more amputees in Colombia have access to a key prosthetic part.

THESE AND OTHER ACHIEVEMENTS OF HAVE BEEN POSSIBLE THANKS TO YOUR GENEROUS AND CONTINUED SUPPORT! 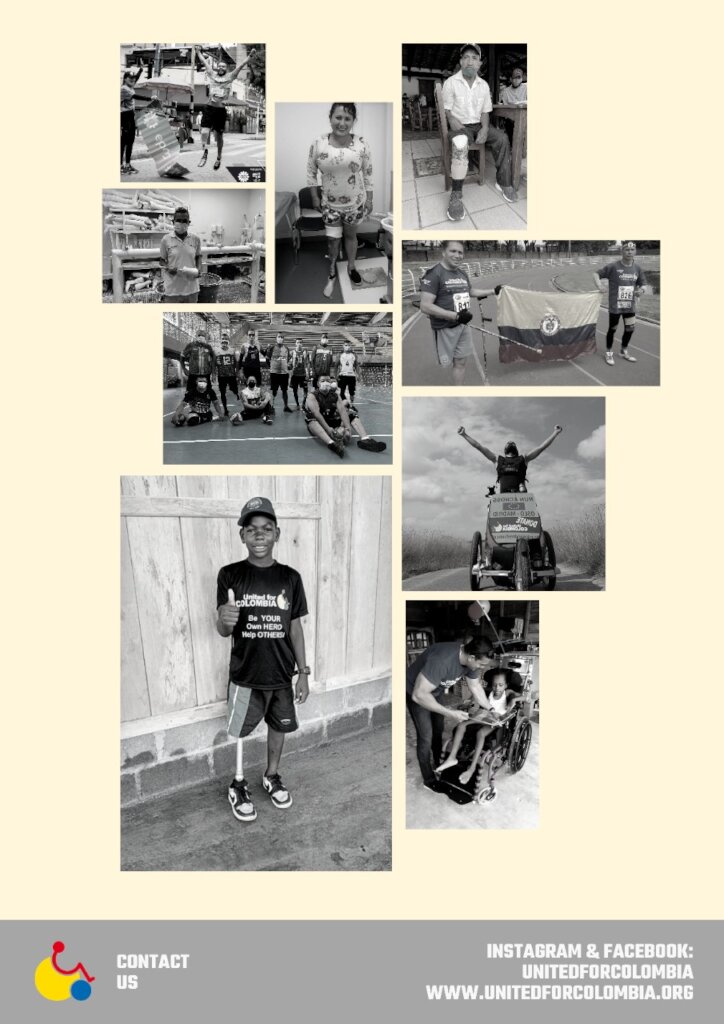 This adventure started on July 5th, throughout 53 days Carlos Franco ran 2.500 km through 8 countries (Norway, Denmark, Holland, Germany, France, Spain, Sweden, and Belgium) with the purpose of helping Colombian people with physical disabilities. His journey has filled us with joy, every single step was an achieved goal. Passing through each country was the beginning of a new story that was weaving many memories related to promoting United for Colombia’s cause through Europe. With perseverance, discipline, effort and the kindest heart Carlos achieved the goal to support 10 Colombian landmine victims.

Thank you for being part of this campaign! With the support of all of you, United for Colombia will be able to help these survivors to keep walking towards the path to achieve their goals!

Darley is 11 years old and lives in Chocó, Colombia with his mom and 3 siblings. He is in 5th grade and dreams of becoming a professional soccer player. When Darley was 3 years old, during a fight between the Army and a guerilla group, an explosive fell into his house. As a result of the injuries, his right leg had to be amputated above the knee.

Harlen  lives in Medellin with his wife and daughter. He is an intern at the biggest Colombian coffee producer and loves to run in athletic races. In May 2008, during a military operation against a guerrilla group, Harlen stepped on a landmine field and lost both legs.

Lina is 16 years old, she is in 11th grade and aspires to become a model. At the age of 4 months she was victim of a lost bullet due to a gunfight between the Colombian Army and Rebel forces near her house at Loboguerrero, close to Buenaventura, Valle.

Luz is married to a policeman and lives in Medellin with her 2 daughters. She studied haircut and makeup in a renown beauty academy and owns a small beauty shop. When she was 11 years old, she was recruited by FARC (a guerilla group). At the guerrilla camp she was in charge of cooking and servicing the commanders. At the age of 14 she was sent for water at a nearby river and stepped on a landmine.

Luis and Salomon are from Ituango, Antioquia. They lived in a small farm with their older brother. In 2009 while Salomon was herding cattle, he stepped on a landmine. Luis came to rescue him but unfortunately stepped on a landmine too. The two brothers receive support from UFC since 2018.

Donating through GlobalGiving is safe, secure, and easy with many payment options to choose from. View other ways to donate
United for Colombia has earned this recognition on GlobalGiving:

GlobalGiving
Guarantee
Donate https://www.globalgiving.org/dy/cart/view/gg.html?cmd=addItem&projid=4025&rf=microdata&frequency=ONCE&amount=25
Please Note
WARNING: Javascript is currently disabled or is not available in your browser. GlobalGiving makes extensive use of Javascript and will not function properly with Javascript disabled. Please enable Javascript and refresh this page.