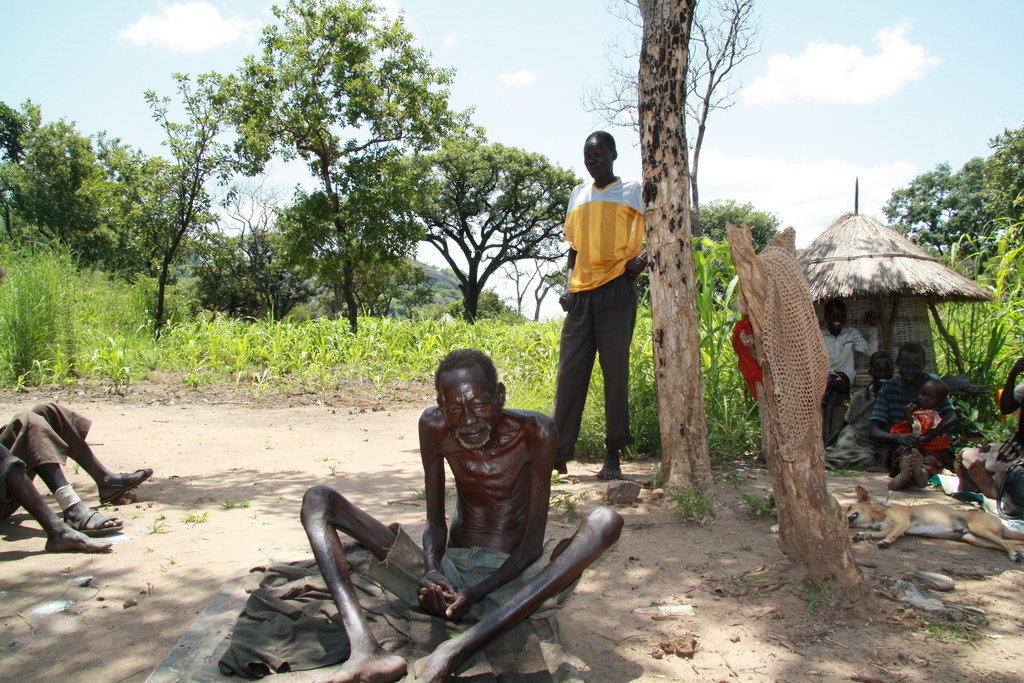 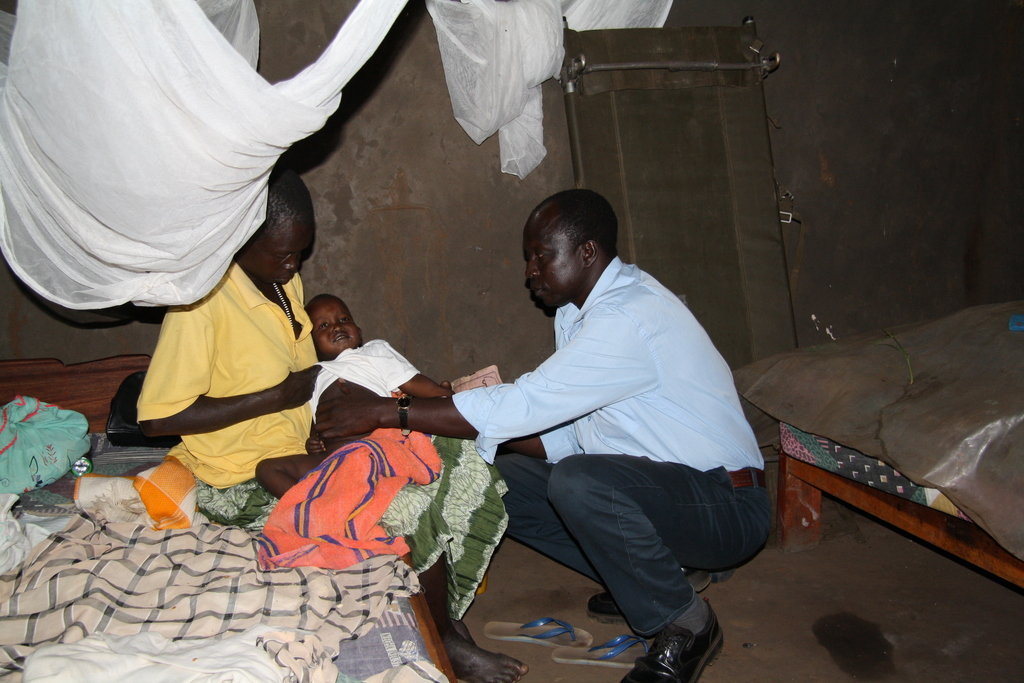 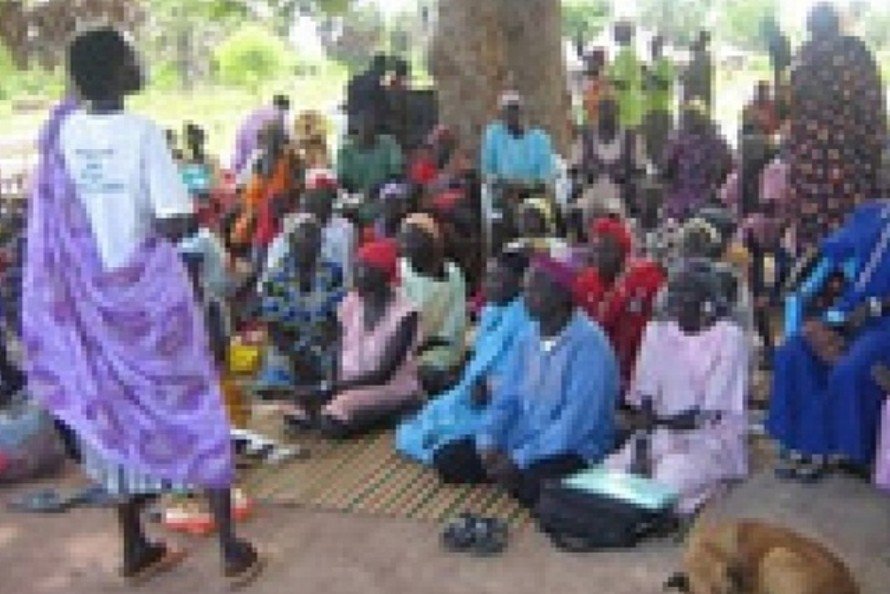 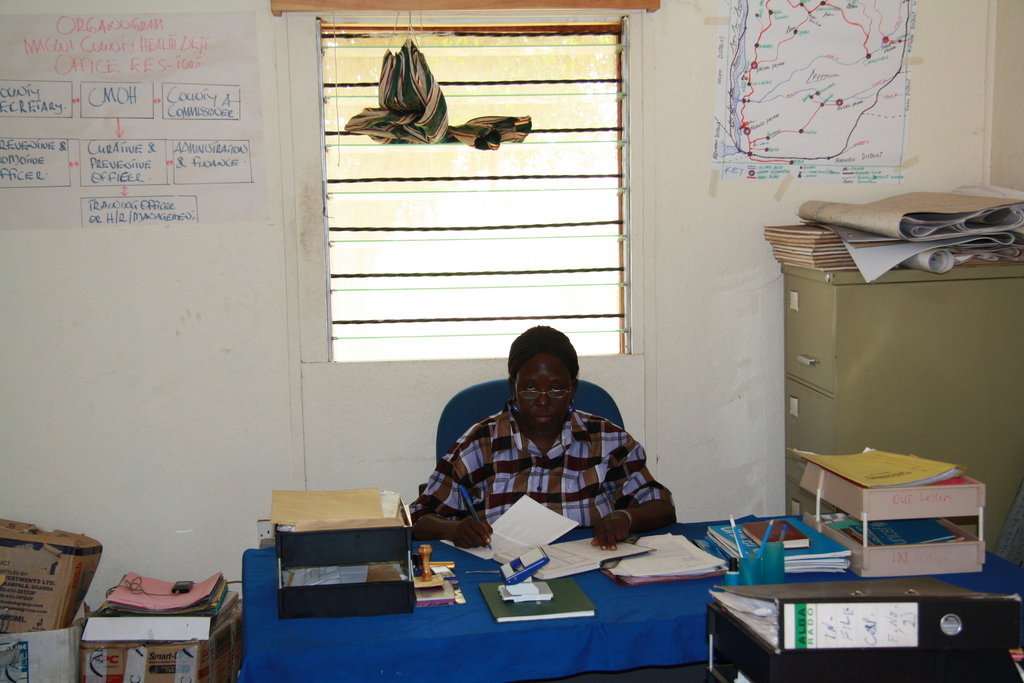 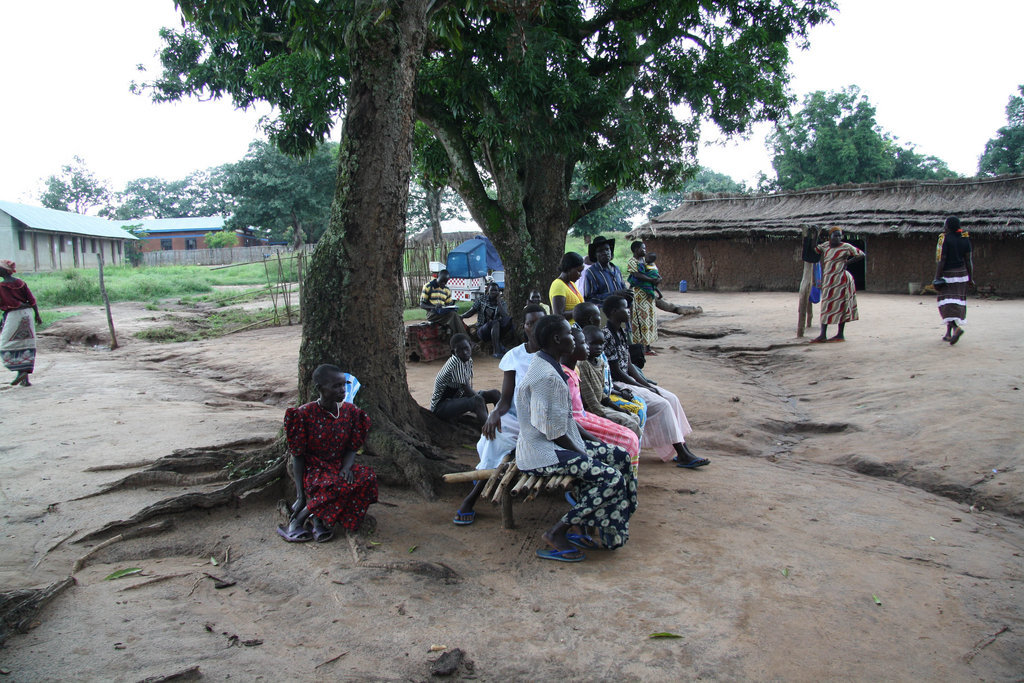 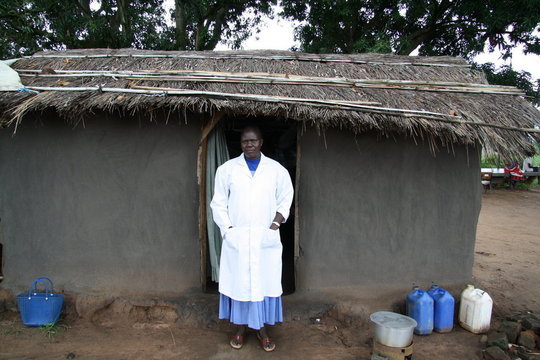 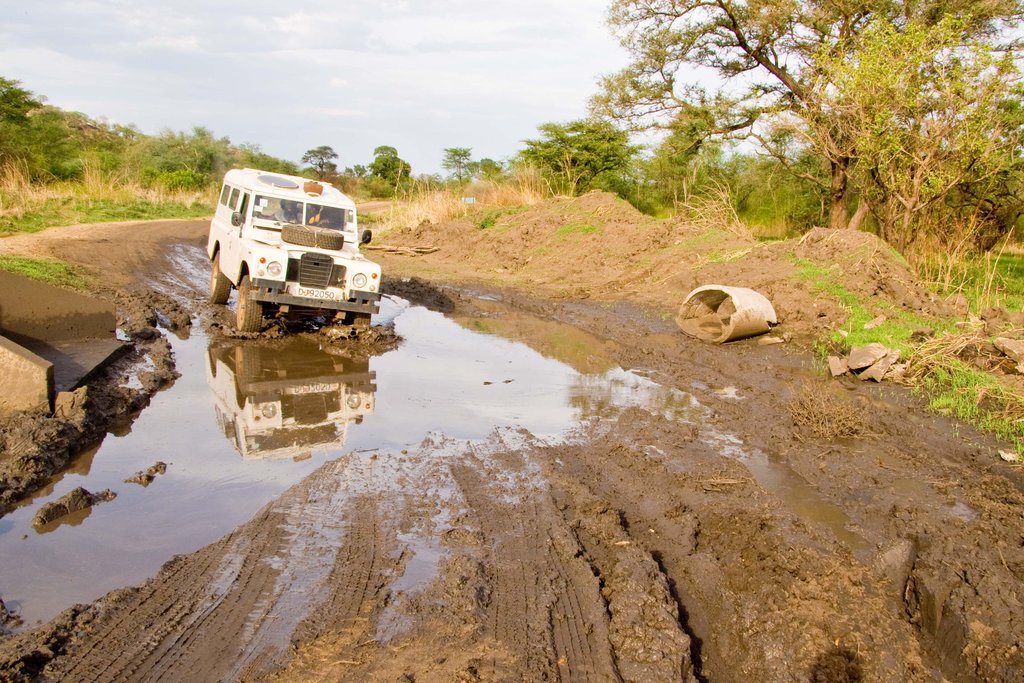 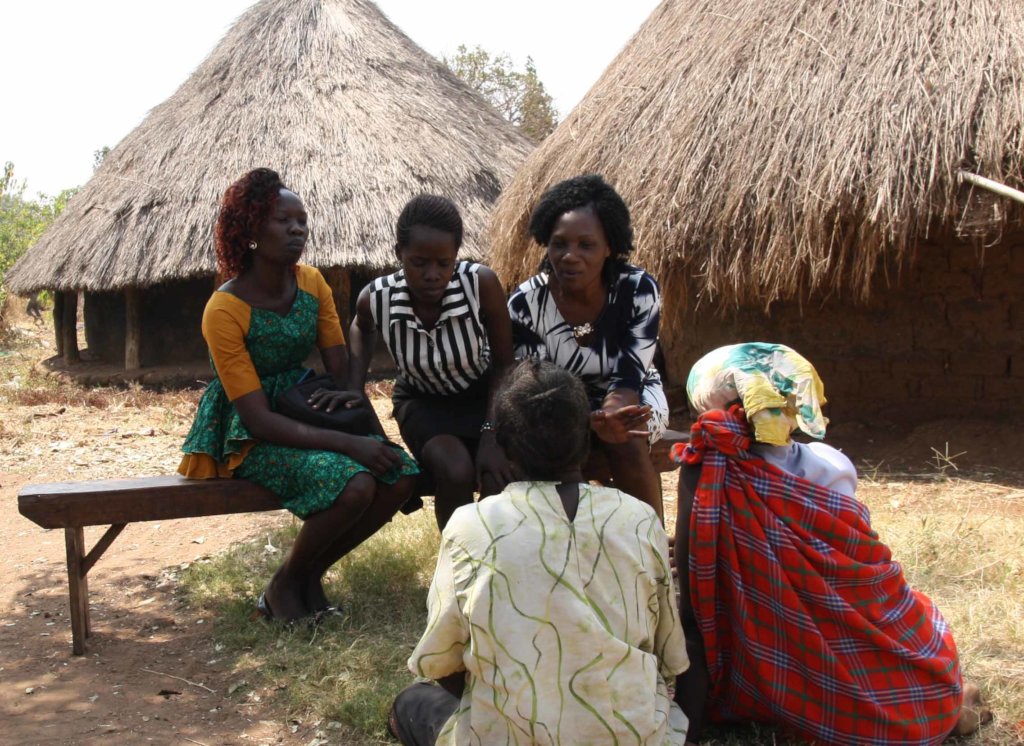 These actions are in Omilling sub village. It’s in an entire of 2018 we hadn’t operated this project’s activities because by then the security was worsening and most locales fled from the villages. Your donations together with gifts from other sources had not been used.

Two enemies, the government and rebel fought each other in a 5 –year brutal civil war. The aid helpers by then in South Sudan had to leave as the turmoil was rising nation-wide.

No new volunteers had been enlisted, because HopeOfiriha can’t guarantee the safety of it personal. This lack of management capacity had a disastrous effect on the charity ability to gather facts and post update report quarterly.

Due to a reduced charitable activity in both South Sudan and Uganda we had a huge staff turnover. Also we’re looking for a top talent program coordinator for East Africa because a previous one has quit.

Good news to share from Juba! Few months ago the warring parties have signed a peace deal officially ending a war that has shattered the economy and killed tens of thousands of civilians in a World newest nation.

After this report we’re sending an officer to the village to check the status of this project and to find out if the villagers have returned. After a trip we will post an ad hoc report so you know the position of this cause and what we can do together to get it running again. HopeOfiriha will be resuming it works in South Sudan soon after this report.

HIV is killing in Africa! AID is poisoning in S. S 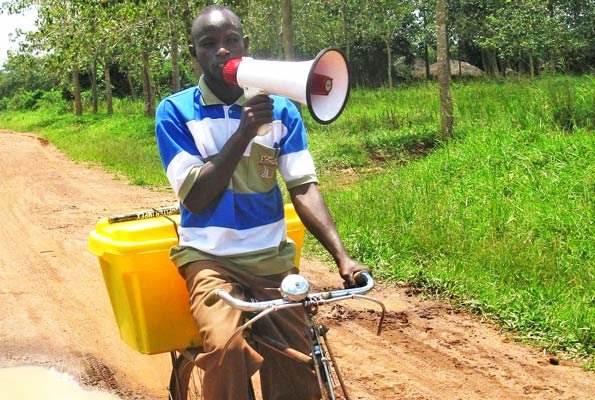 HIV-AID: Is killer number in Africa! A worse enemy in South Sudan!

In this year, our strategy was to launch a hardest campaign against this an incurable virus, but the civil war in a country since 2013 to 2017 had hindered our operations.

Due to famine, war, inflation, and HIV-AID – these factors make it nearly impossible to live in South Sudan both for persons and animals. The war had worsened in recent months which mean an outside help is needed for peace to be restored. Because of instability, cost of living had risen and most cannot afford including public servants. I better to go to prison than to live in Juba, a South Sudanese refugee said.

At this reporting:
The plan for 2017: It was intended that 24 local HIV-AIDs workshops will be launched. Because of insecurity, only three local workshops was operated. It was not well organized and the attendance was low. Most villagers had fled into exile. A new workshop is underway this November. It will take place only if the security on the ground allows it.

The villagers are eager to see this need to continue to raise HIV-AID so more lives can be safe. To keep operating, HopeOfiriha needs your help as always.

In the next coming months, we will send you a new field update report, to inform you about the impact support, and the positive changes you and others in making in the lives of villagers in rural South Sudan.

We can't work in War zone 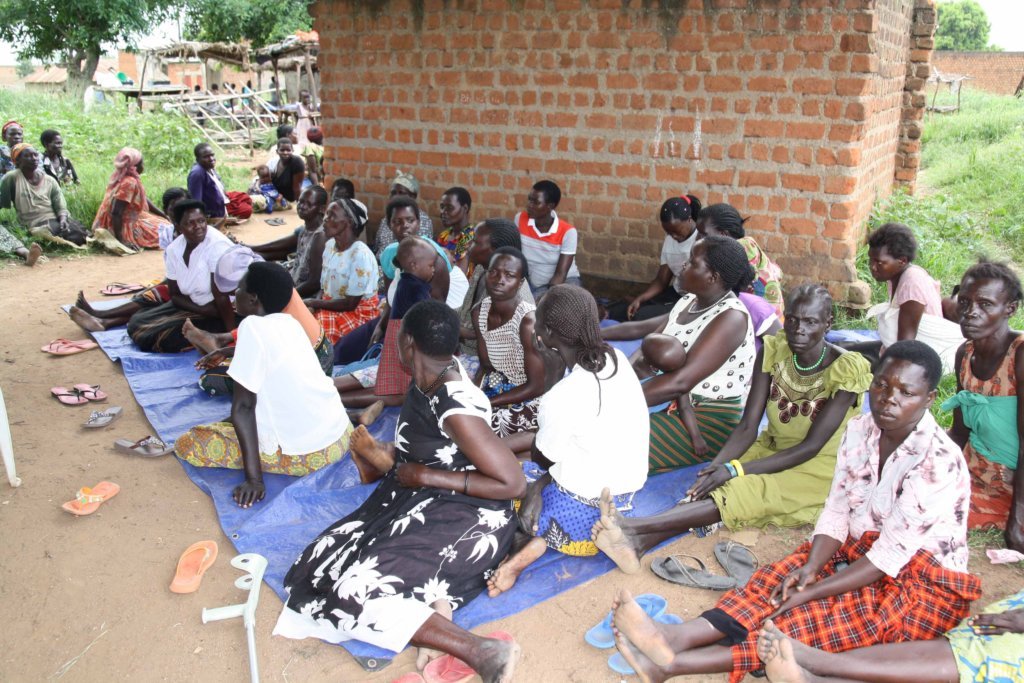 Army attack prompts mass exodus from Magwi County South Sudan.
Regime troops - slaughter, and burned life people like mammals as thousands flee during an attacked in Pajok. Over 6,000 people have fled into Uganda from South Sudan in this single operation. More civilians are still hiding in the bush trying to reach Lamwo district of Uganda.

At this second reporting in 2017:
The civil conflict is hampering the advancement of HIV-AIDs Awareness raising.Our volunteers are facing inconveniences on the ground due to accelerating war.

In recent months, the clashes had intensified between the regime and insurgent forces in Magwi County which is a key danger to the lives of our workforce and the citizens. Thus, HOPE OFIRIHA had suspended the running of this activity due to security distress. When uncertainty improves we will restart campaign instantly.

We are projecting to operate 12 local workshops in 2017. With your funding, we had prepared the materials and places where this will take place in a near future.

At the next reporting, we will send you field update to tell about the impact of your contribution in lives of people and security concern from the ground.

ONE man! ONE woman! 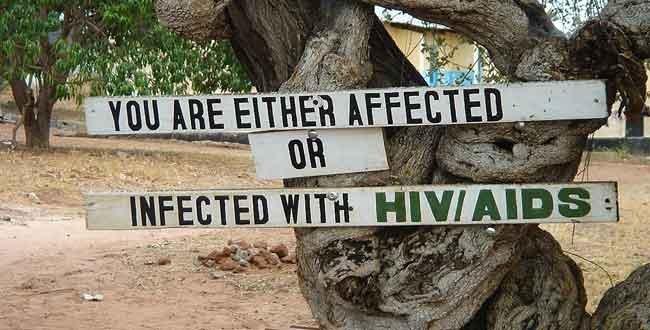 The civil unrest had hindered the progress of HIV-AID Awareness campaign in 2016 and earlier 2017.

At the time of this reporting in 2017:
The armed rebels occupied three-quarter in rural Magwi County where the project is operating. With difficulties, few local educational workshops were carried in areas where internally displaced persons are living. Our team carried two workshops in 2017 even though their life was under threat because to rise HIV-AID awareness is lifesaving. It is important villagers are informed of the danger of HIV-AID and how to avoid it. Since the start of this initiative the rate of catching HIV-AID had dropped, and the rate of blood voluntary testing had gone up.

This project is educating the use of unsafe sex, but more important the villagers to avoid to have multiple partners. Our slogan: one man to one woman! Have a blood test in a same clinic same day!

The slogan of one man to one woman is attracting interest and we are pushing it hard to reach a wider population.

We will send a new field update report in a second quarter to inform you about the impact of your contribution from the ground.

No Peace - No workshop 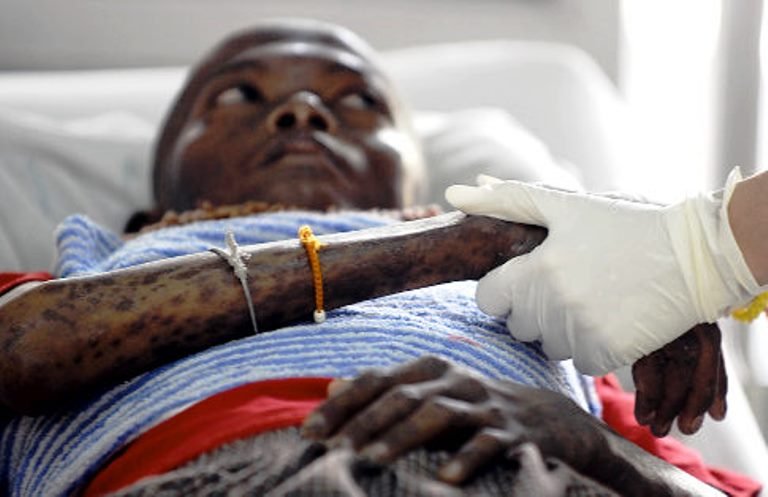 HIV-AIDS is is a world enemy to humanity

We appreciate your support to this cause to save live in South Sudan.

At this third quarter in this reporting:
Your cash and money from different sources are in kept in a bank account. HO is not running Awareness educational workshop due to insecurity in rural South Sudan. We will re-start this program when a security improves in Magwi County.

We will be sending you a new field update in the next three months to let you know the new development from the ground.

It was the bodyguards for rebel leader and presidential guards who fought each other in earlier July sparking days of violence which killed many hundreds of soldiers and civilians. The two forces had battled each other, almost five years to the day South Sudan declared independence from Sudan. Following the orders from the leadership on both sides, the clashes ceased temporarily in late in July. The rebels moved their based outside Juba in an attempt to save peace which both parties signed.

In August fighting was in the outskirt of Juba in which the oppositions accused the government of attacking their positions. The rebels regrouped and fled to Congo with Riek Machar, their leader. Over the last few months, the citizens have expressed dissent against the government, as a result of this, the rebellion is growing rapidly in Equatoria Region, which kept itself neutral for much of two years’ civil conflict in Upper Nile State. Other tribes are targeting ethnic Dinka. The humanitarian needs are going to be very great after this, Director General for RRC, told reporters. They are going to need food, shelter, water, he said, adding that the need for shelter and clean water was pressing for those living in a Displaced facility within Juba town.

War-torn South Sudan is suffering a rise in hate speech and incitement to violence against certain ethnic groups which could result in mass atrocities if the government does not act, the U.N. High Commissioner for Human Rights said Tuesday.

Animosity between South Sudan’s Dinka ethnic group and the people of its southwestern Equatoria region surged earlier this month when buses on roads south of the capital Juba were attacked as they passed through Equatoria region.

GlobalGiving
Guarantee
Donate https://www.globalgiving.org/dy/cart/view/gg.html?cmd=addItem&projid=4139&rf=microdata&frequency=ONCE&amount=25
Please Note
WARNING: Javascript is currently disabled or is not available in your browser. GlobalGiving makes extensive use of Javascript and will not function properly with Javascript disabled. Please enable Javascript and refresh this page.