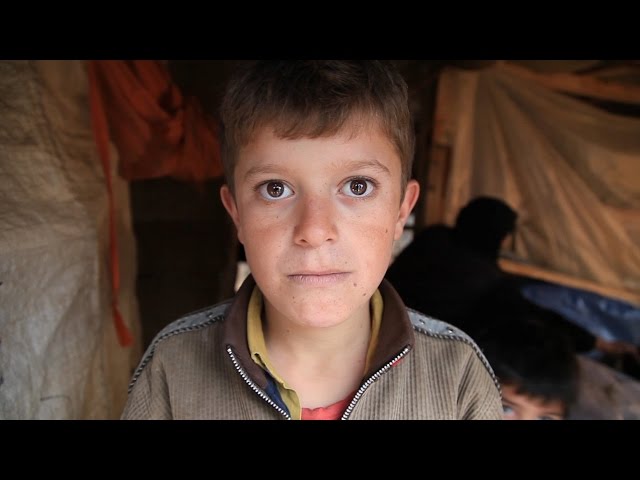 What Esma from Syria dreams of 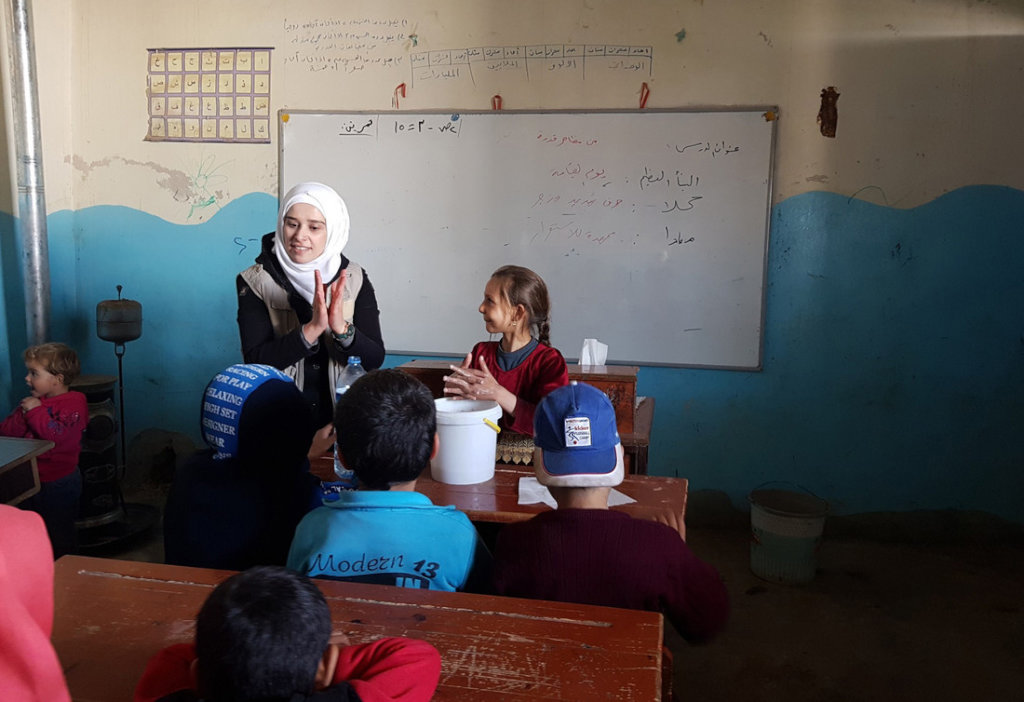 Esma* looks to the future with courage and hope: "I want to become a gynaecologist," she explains. The girl is eleven years old and grew up in Syria. Her childhood has so far been marked by war, flight and loss.

Escape in Syria: Mother and child had to leave their hometown

Since 2011, a brutal conflict has dominated the lives of children, women and men in Syria. Esma's father died in the war and she and her mother had to flee their hometown of Homs. Today she lives in the Idlib region. However, violent fights have marked this region recently.

But, thanks to arche noVa, a member of the German alliance Aktion Deutschland Hilft, children like Esma can go to school there. The organization takes care of internally displaced people in this region. The girl herself attaches great importance to this: "School and education are very important for me. The school promotes my talents. I play the piano. And I want to be a gynaecologist."

A new chance for Fatima 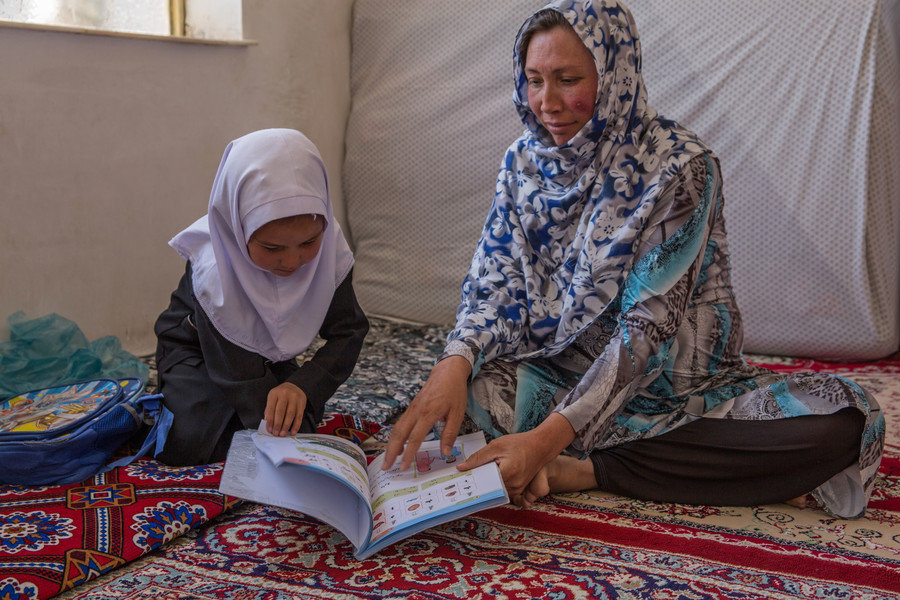 Afghanistan is one of the least developed countries in the world. For decades, conflict, terror and poverty have shaped people's lives. The education system has also suffered: many children cannot attend school regularly because the situation is too uncertain. Over 60 percent of the country's adults are illiterate.

Street signs, the names of businesses, the numbers on their phones. Fatima wasn’t able to read any of that. "It was so humiliating," says the 31-year-old woman from Afghanistan. Until recently, she was one of over 750 million illiterate people in the world. These are people who can neither read nor write.

The war uprooted Fatima's family; forced them to leave their home village. Going to school, learning to read, write and do arithmetic - there was no room for that in her life on the run. Like many girls in Afghanistan, Fatima married early.

The aid programme gives Fatima courage: Thanks to World Vision, a member of the German alliance Aktion Deutschland Hilft, Fatima got a new chance!

Today Fatima lives in a camp for internally displaced persons in the west of the country. World Vision supports the refugees - among other things with an educational project for children and mothers. When Fatima heard about that, she was one of the first to register. "I was so excited," she remembers.

The aid programme is aimed at children between the ages of five and ten. Mothers like Fatima are also taught in the classroom next door: Helpers teach them about child rearing and hygiene. And the women gradually learn all the letters and numbers.

Fatima is happy that she can now help her little daughter Nikbar with her homework.

As a woman who can read and write, Fatima is discovering the world anew. She looks to the future with gratitude and confidence: thanks to her schooling, her daughter will later start her adult life with numerous opportunities. 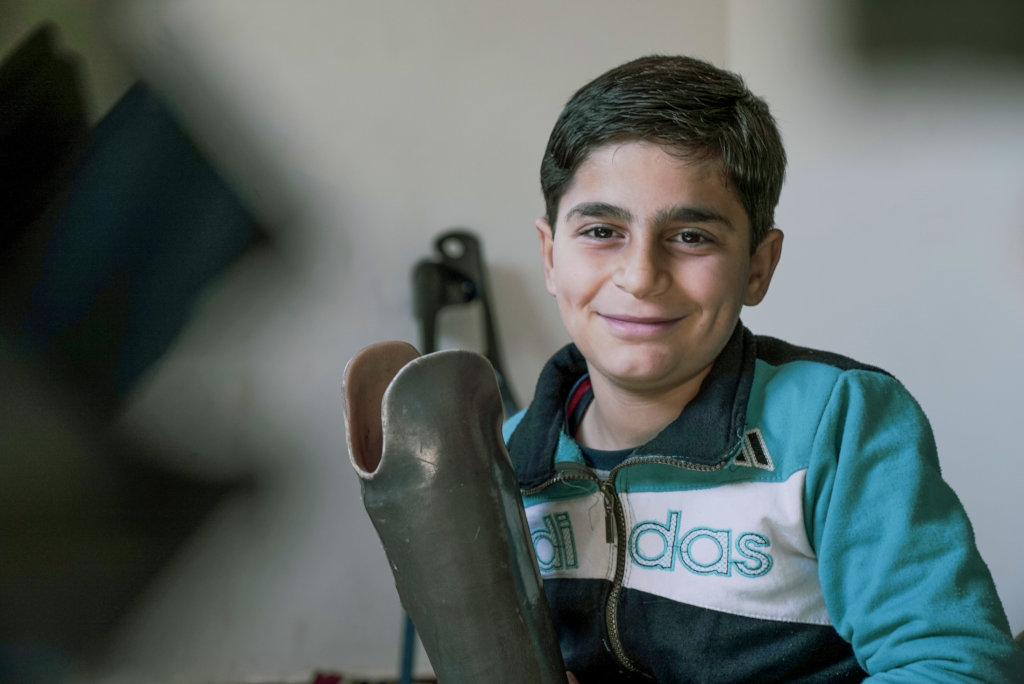 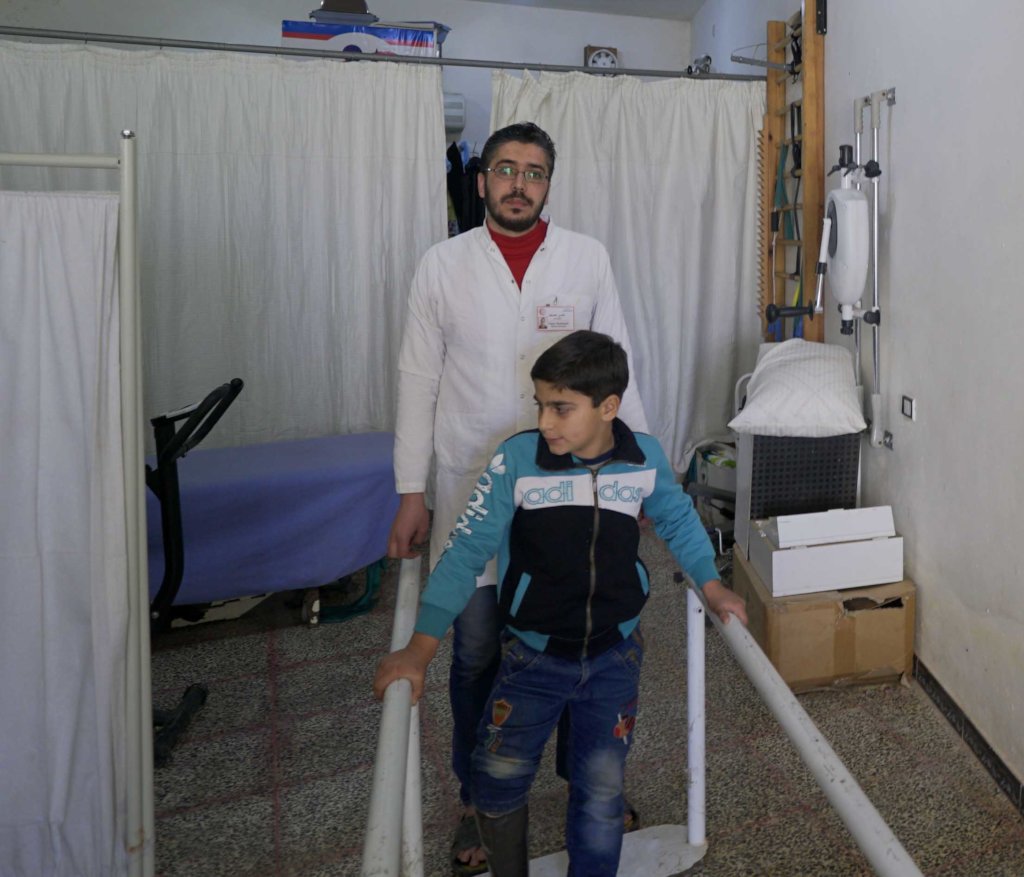 Escape from Syria without eyesight 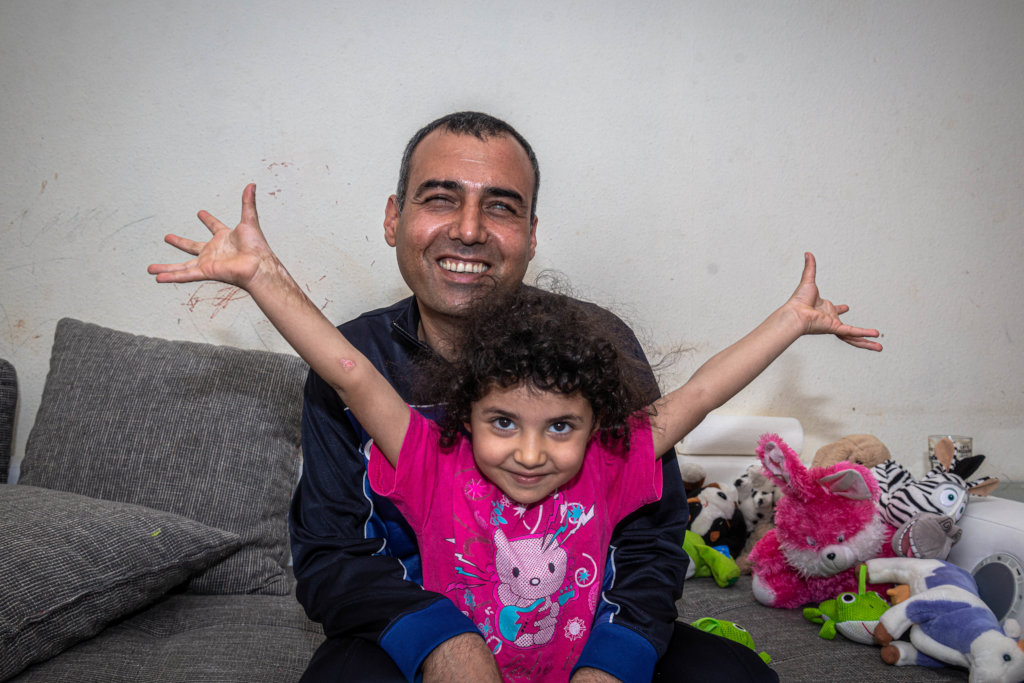 Fleeing is particularly difficult for people with disabilities. Like Odey*, for example. The blind musician from Rakka in Syria came to Germany in 2015 with help from a friend from Aleppo. Two years later he brought his wife and daughter to Germany.

In Munich/Germany, the alliance organisation Handicap International supports refugees and migrants with disabilities through counselling and courses as part of the "Crossroads" project. Oley has been blind since his childhood.

Refugees with disabilities or chronic illnesses often need special help to integrate. Many suffer from the consequences of injuries in war and crisis zones. Our member organisation Handicap International, looks after these people in Munich. Many of those affected come regularly and take part in various courses or receive advice. Ideally, they are supported until they are able to achieve their goals on a mobile and independent basis.

The organisation helps with wheelchairs, canes for the blind, computer and German courses, Braille or Excel courses. Handicap International also offers advice on disability related topics as well as for carers and relatives.

Thank you very much for supporting these relief efforts with your donation.