by Charity foundation 'Here and now' 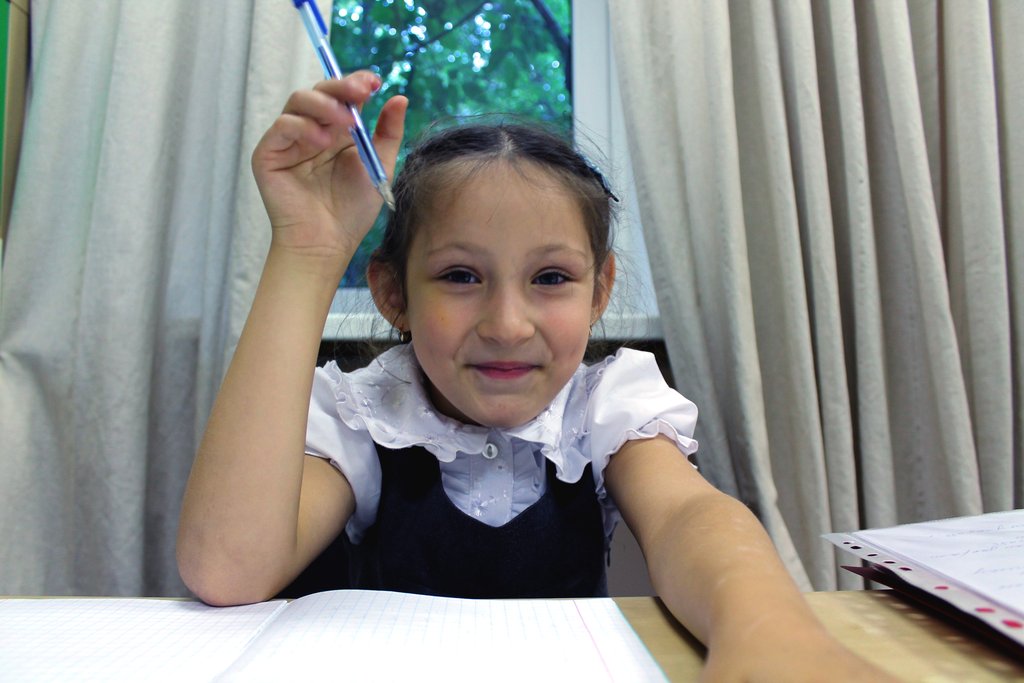 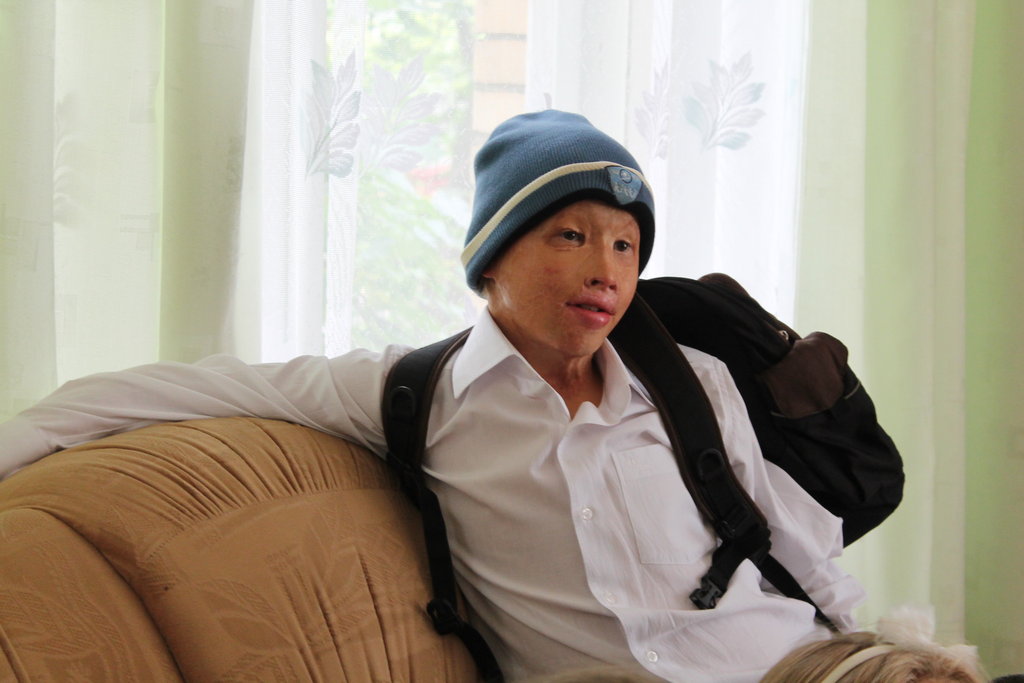 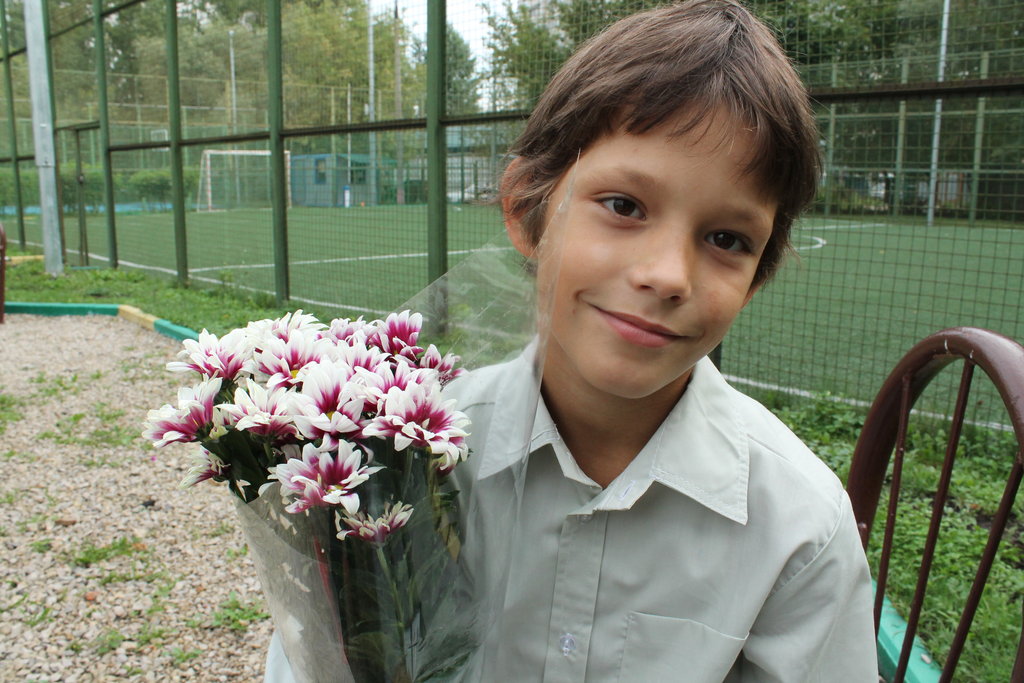 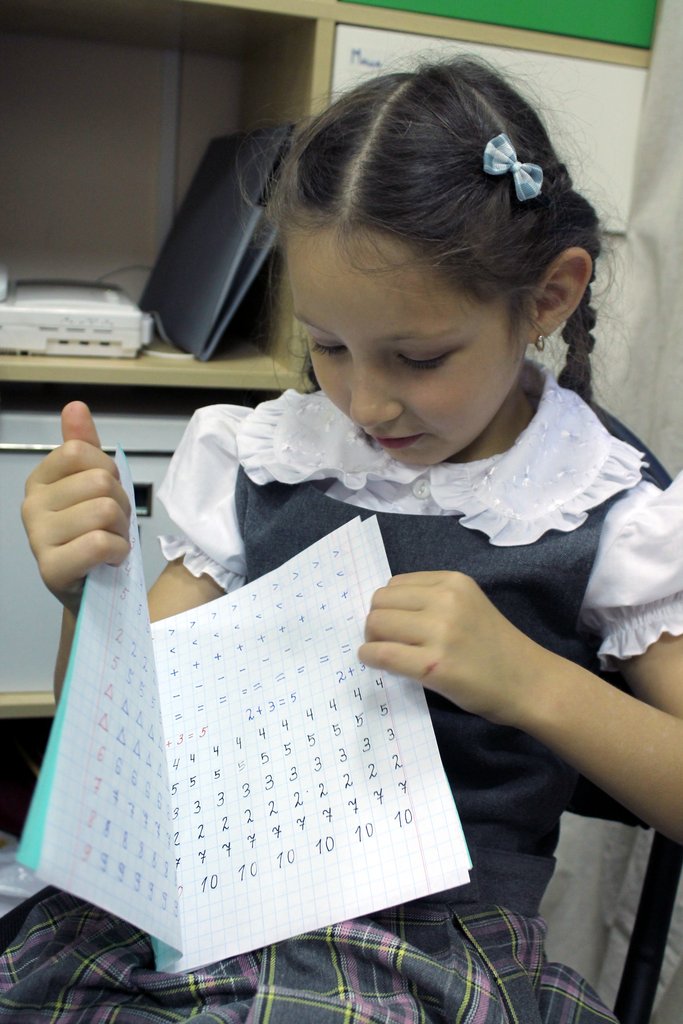 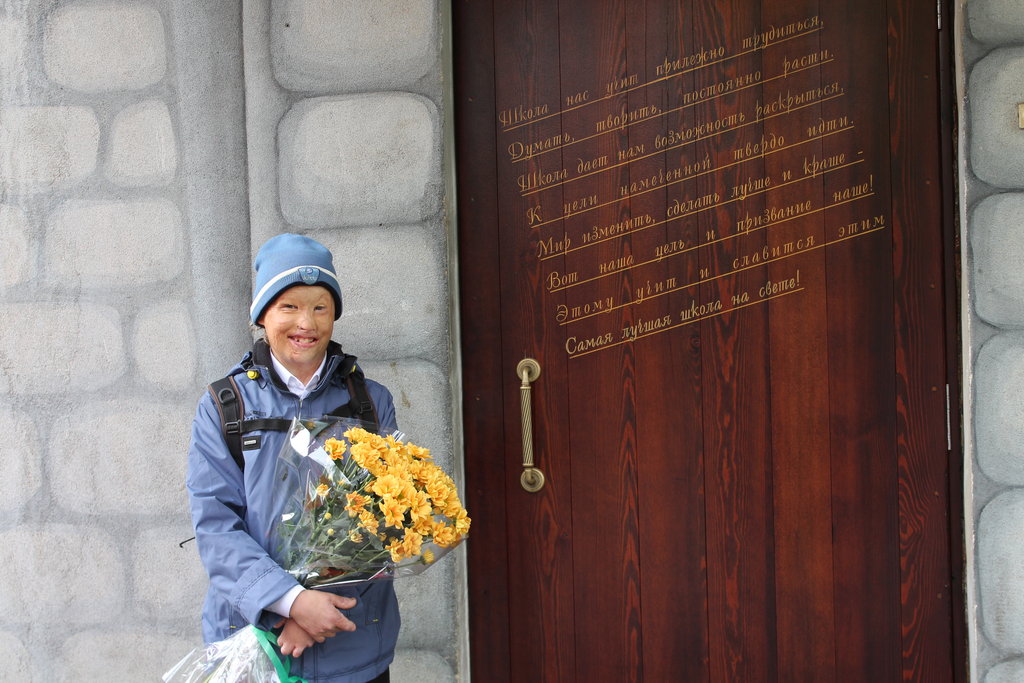 The first six months of the children's Film Studio 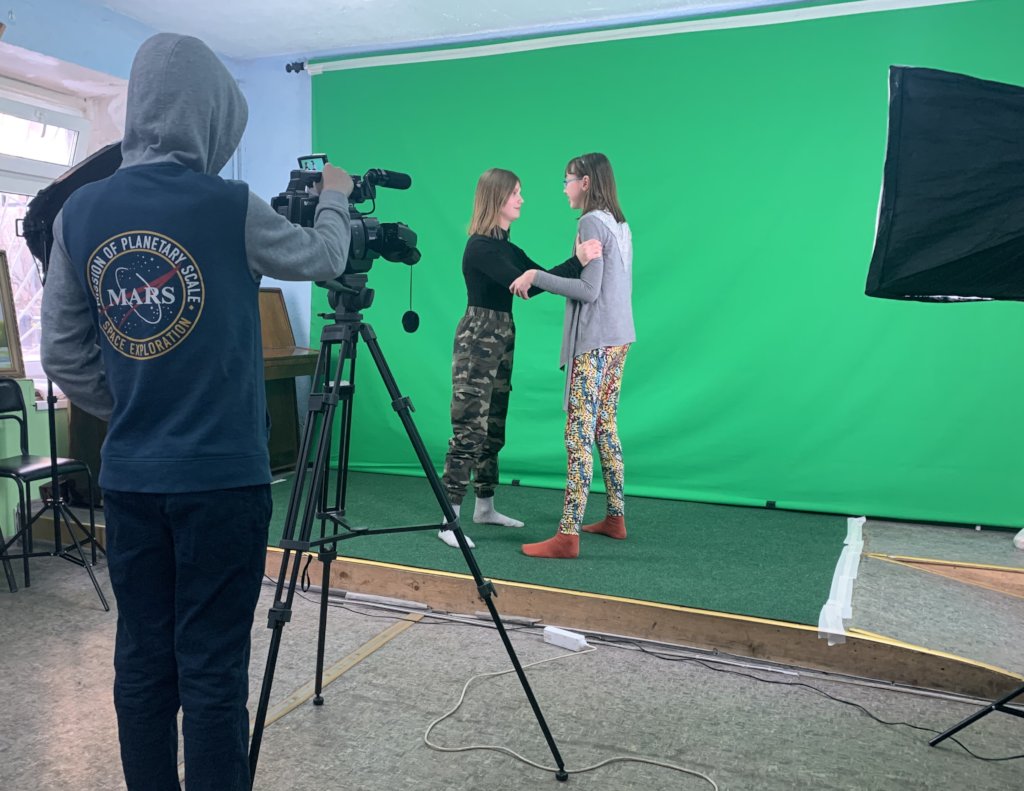 We are making movie!

The first six months of classes at the children's film Studio are over. During this time some of the participants have come a long way.

At the beginning of the school year new teenagers came to the Studio. Each of them had a difficult experience school failure and exclusion from children's groups. In the Studio, these guys first tried to behave in the usual manner: Timofey teased other children; Olya wanted to rule and play only the main roles, since shi considered herself a star, and Tanya did not want anything at all and went into the corridor to play games on your smartphone. This behavior was not easy for other participants, but we all hoped that friendly atmosphere and collaborative creativity will help new participants become a part of our Studio.

In order to make the adaptation and inclusion in the work easier and more successful, we temporarily split the Studio into two subgroups so that everyone has more opportunities to get individual attention.

Despite these difficulties, in December the Studio had its first premiere in the new line-up! We invited relatives and friends of the children so that close people could be happy and admire the success of the children. It is important for these guys to believe in their own strength and believe that what they do may be necessary and interesting. 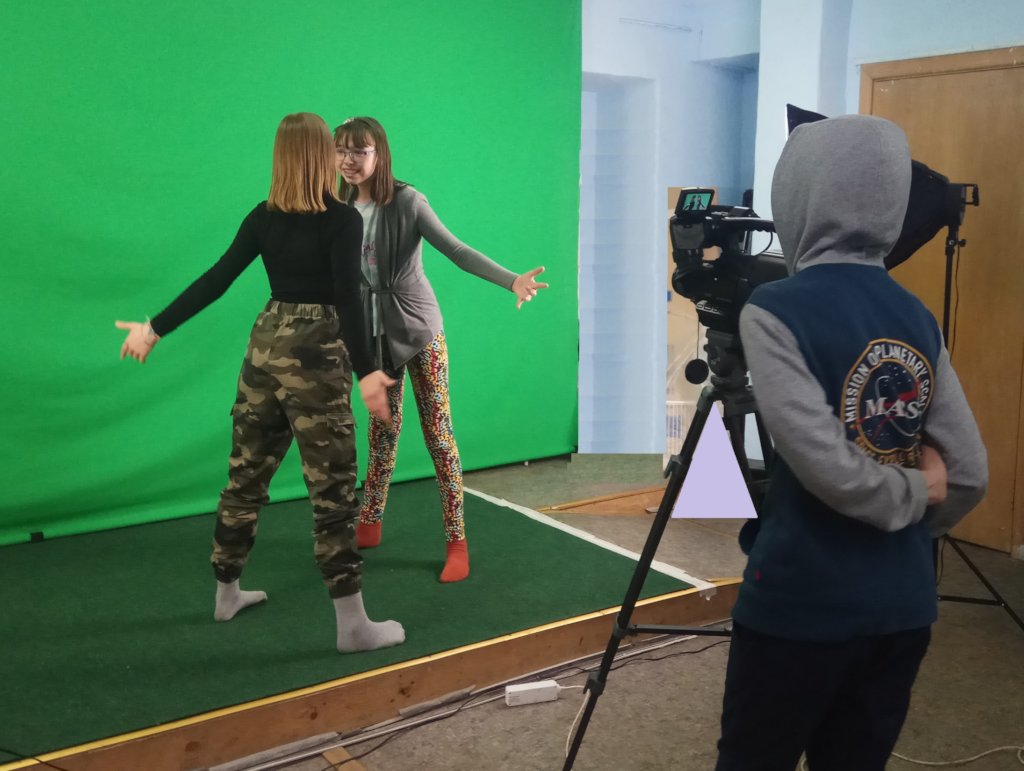 We are making movie!

The new academic year in our Film Studio 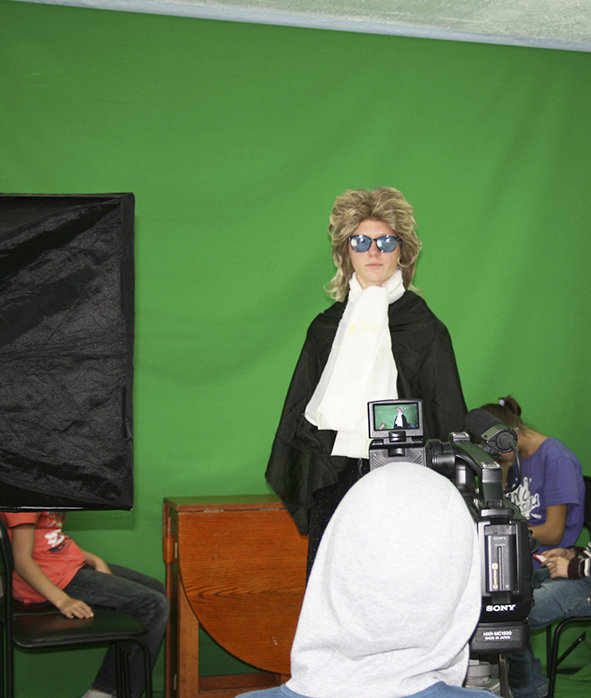 The children's Film Studio started its work in the new academic year. The main event of the Studio has changed the composition of the participants. Some of the children were already well enough socialized to "fly out of the nest" - Mitya went to an ordinary school and now he does not have enough time, the grown-up Zoya and Nadia have other, adult interests.

In our opinion, this is a very good result for the rehabilitation team - the fact that the participants who have undergone rehabilitation become independent and can do without support.

In the place of the graduates came a new, younger guys. They are mostly boys with difficult behaviors. For example, Anton still does not know how to attract the attention of other guys, but really wants to be the center of attention. Therefore, he interferes with the work. But we believe that he will get used to our rules and will be able to find his place. So far, Anton has his own tutor, who helps him cope with emotions and get involved in General processes.

But, despite the changes in the composition of the Studio, the participants have big creative plans. While much attention is paid to improvisational productions, where everyone can find the most unexpected image. 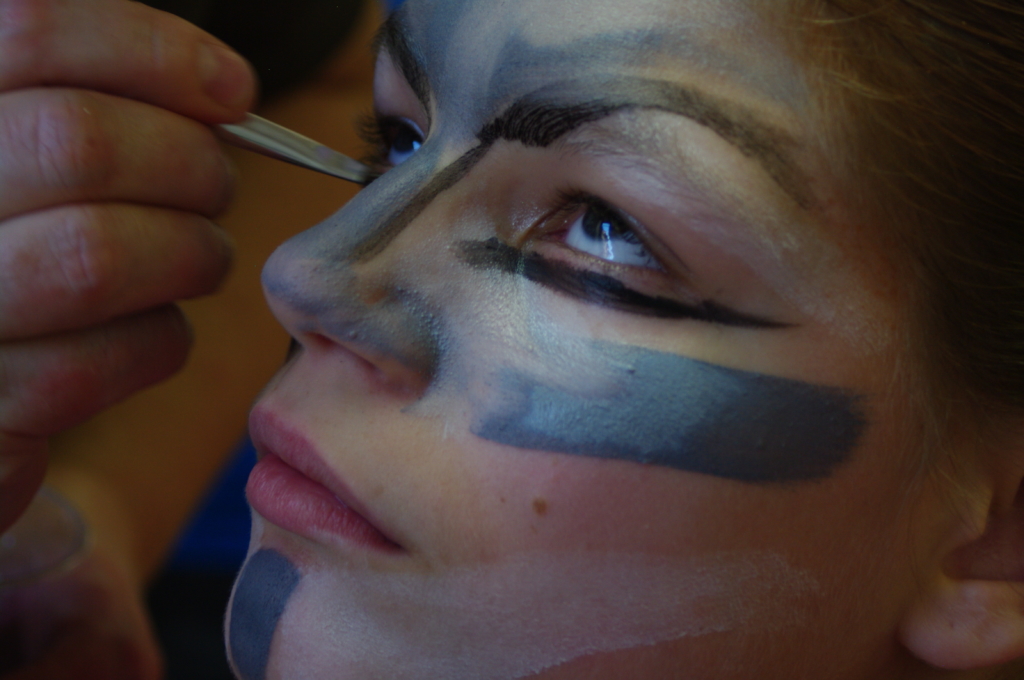 The school year ended in the children's film Studio, where children with problems with communication and social adaptation are engaged. During the year, the Studio made 10 films lasting from 2.5 to 23 minutes. Of course, while these are educational films that are interesting to the children and their families, not the General public. But for many children, participation was a real victory. Parents noted the success of their children at the final meeting at the end of the year.

Gleb's (11 years old) mom:
- I think that the Studio has become for my son the place where he comes to learn to be friends, to communicate, to resolve conflicts and to find a common language with peers. Gleb had big problems at school and other children's groups. I am glad that he found a place where he is accepted with all the features, where he feels support and understanding. For our family, this is the most important thing, and acting is already in the background.

Zoe's (15 years old) mom:
- Zoe very long lived in an orphanage and there she was considered the best student, she was instructed to look after other children. Now Zoya is sure that she is the best at doing any business, loves to command. Psychologically, she is much younger than her real age. It is important for a girl to understand her strengths and weaknesses, it is important to learn to live with the idea that someone can do better, and there is nothing wrong. The Studio helped to make Zoe's self-esteem more adequate.

Grandma of Tolley and Elijah (12 and 9 years):
- The Studio is one of the few places where children always go with pleasure. Here they feel part of the overall creative work. Tolya is especially lucky, because in the future he wants to become an operator, and he has the opportunity to test himself in practice. We are happy for Tolya, because before that we changed a lot of studios and sports sections and were already worried that he would not be able to settle down anywhere.

Parents of other children noted that children began to feel more confident, learn to make efforts to remember texts, give in to difficulties less.

Many guys from the Studio do not go to regular school, but study at home. They have a limited circle of communication with peers. The Studio helps children find friends, try their hand in different areas, see themselves in different images, try on different characters, play different ways of relationships. This helps to improve the social competence of children, increases self-esteem, facilitates their access to a large society.

We are grateful for the help of everyone who supported our project! 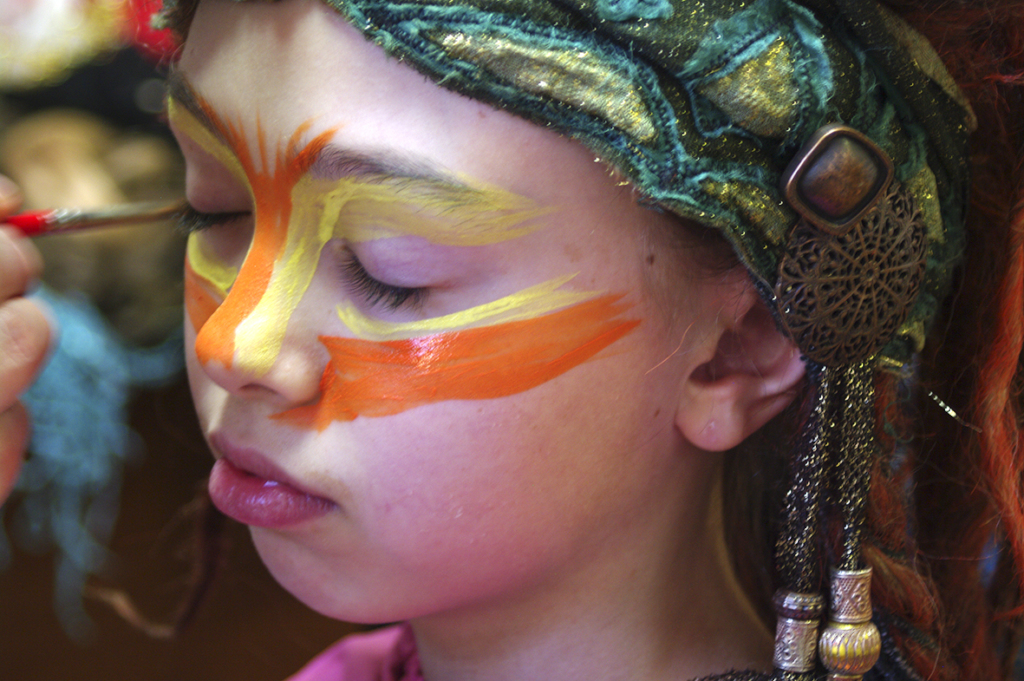 The school year is coming to an end, and it's time to sum up the results of the first year of our film Studio. We do not prepare children for professional work in the film industry. But we give the opportunity to feel the whole process in real conditions, with a real result. Through the entire working path, from concept to painting – and to get acquainted with different professions necessary for the creation of the film, to be in different roles.

In the Studio, every child has the opportunity to speak and be heard. Everyone feels needed. Our psychologists note that as a result of classes, children become more confident and responsible, learn to work in a team, overcome fears and anxiety.

It is very important for children to meet with professionals from the world of cinema – this year it was a professional make-up artist. It was a strong impression that the guys remembered for a long time.

Summer holidays are ahead, and all the Studio members were given the task to think about the script of the film, which we will shoot next year. 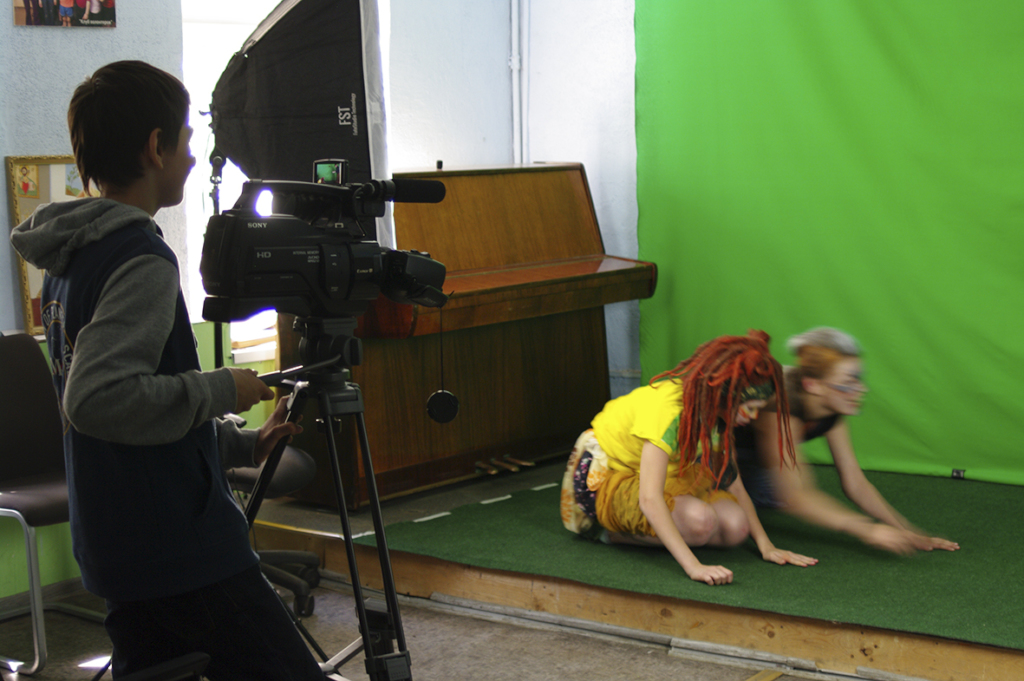 We are making a movie! 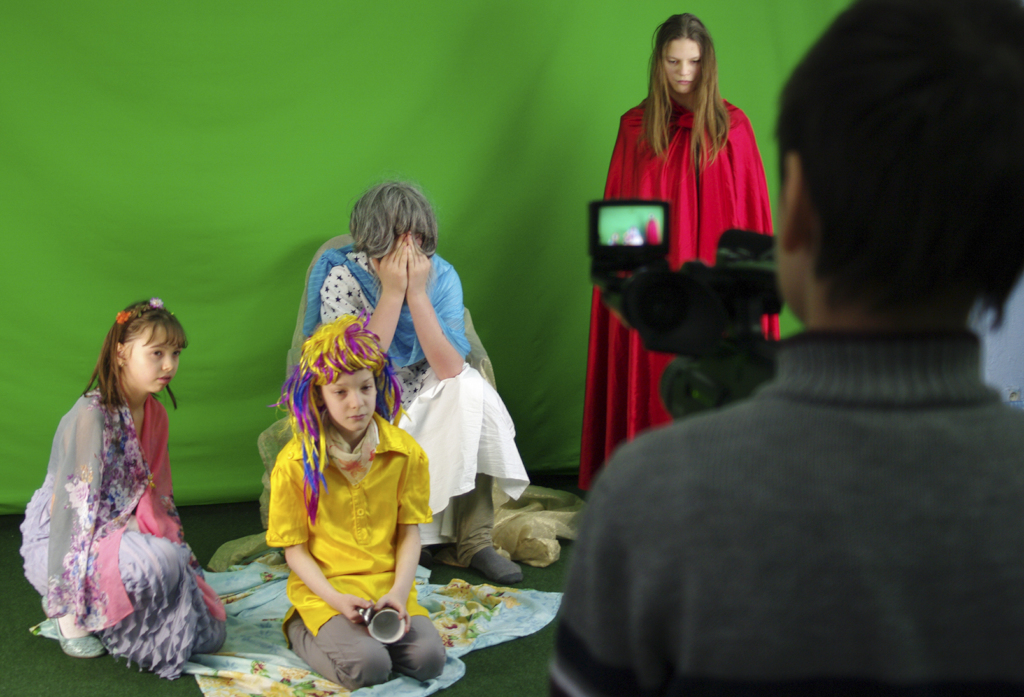 We are making a movie!

In this academic year, the children's film studio began to work. There are 10 children from 9 to 15 years from adoptive families in the studio. Many of them had very sad moments in their life, and we want the classes to increase their self-confidence, the joy of joint work, the strength to overcome difficulties.

All this time, the guys have been learning to work in a team, negotiate, do not only what they want, but also what the team needs. Without this, it is impossible to engage in cinema. Perhaps this is the main thing that was achieved during this time - we managed to find a common solutions.

We began work on a film about Prometheus, where everyone has their place. Each participant has many small achievements. Tolya masters the skill of the operator, Anna not only plays the role, but also helps to create the costumes, Vitya and Dima learn to be patient, Zoya began to stutter much less, and on the stage she feels more confident and free. This is very important, because the main task of the children's film studio is not only film making, but also the development and rehabilitation of all participants.

We are grateful to everyone who supports our project. Thanks to you, children learn to work in a team, to feel more confident and independent. We really appreciate your help!

Find another project in Russia or in Education that needs your help.
Find a Project

GlobalGiving
Guarantee
Donate https://www.globalgiving.org/dy/cart/view/gg.html?cmd=addItem&projid=14905&rf=microdata&frequency=ONCE&amount=25
Please Note
WARNING: Javascript is currently disabled or is not available in your browser. GlobalGiving makes extensive use of Javascript and will not function properly with Javascript disabled. Please enable Javascript and refresh this page.