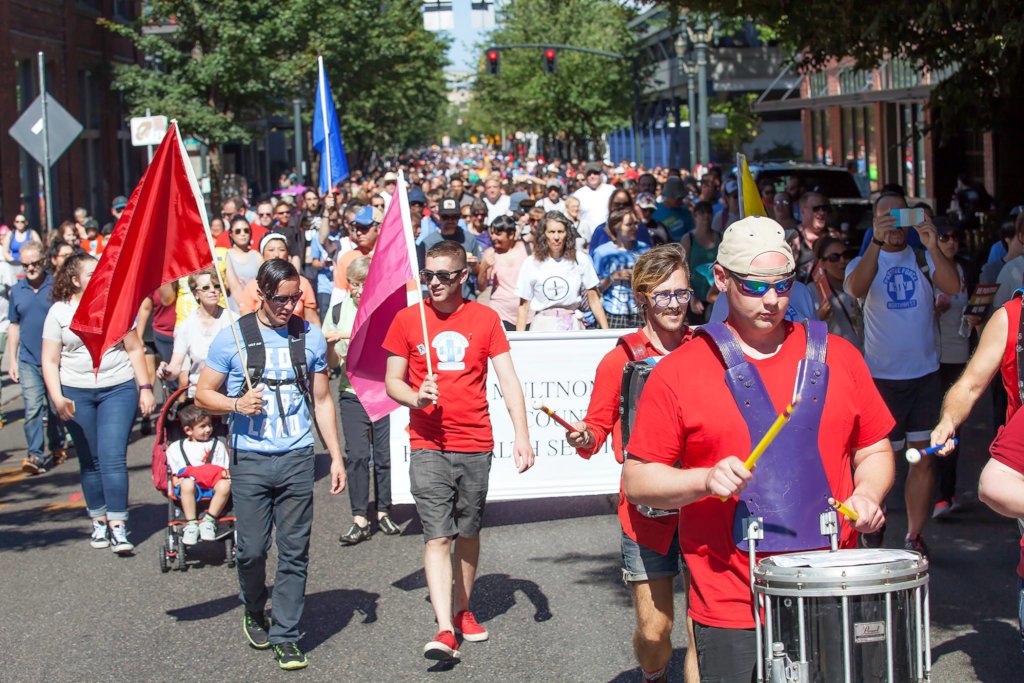 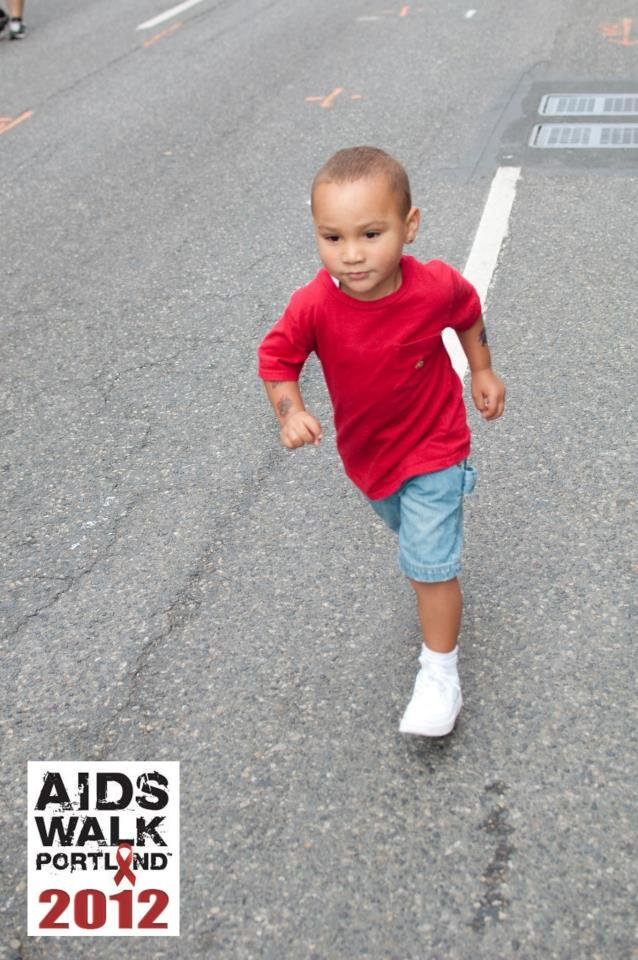 AIDS Walk Portland is set for Sunday, September 22, 2013. Does that sound far away? Not to us! At Cascade AIDS Project, we've already starting lining up the pieces to make this AIDS Walk the most fun, most effective ever.

You can look forward to some of the same elements that made last year's AIDS Walk so successful: an interactive website; tips and emails to strengthen your AIDS Walk team; games to inspire fundraising; a VIP breakfast at Departure lounge atop the Nines Hotel for higher fundraisers; and more.

Plus, a number of community-minded businesses and organizations have already stepped forward to support AIDS Walk, including the Oregon Health & Sciences University and--for the first year--Chevron.

We're moving ahead with planning AIDS Walk. How about you? Have you thought about your team yet?

Thank you so much for your support, and we'll be reporting back before long with more details about next fall's AIDS Walk Portland. 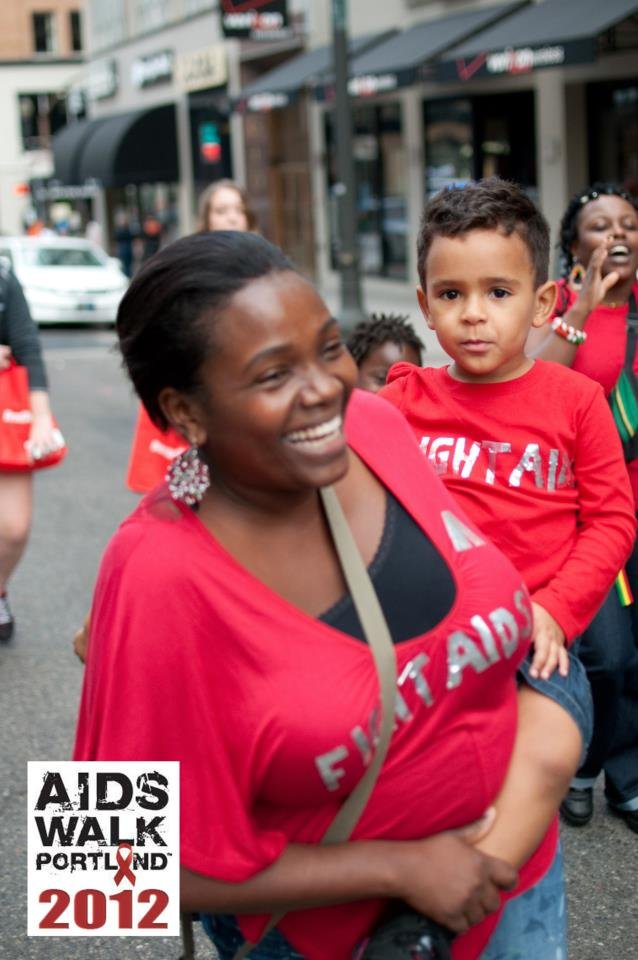 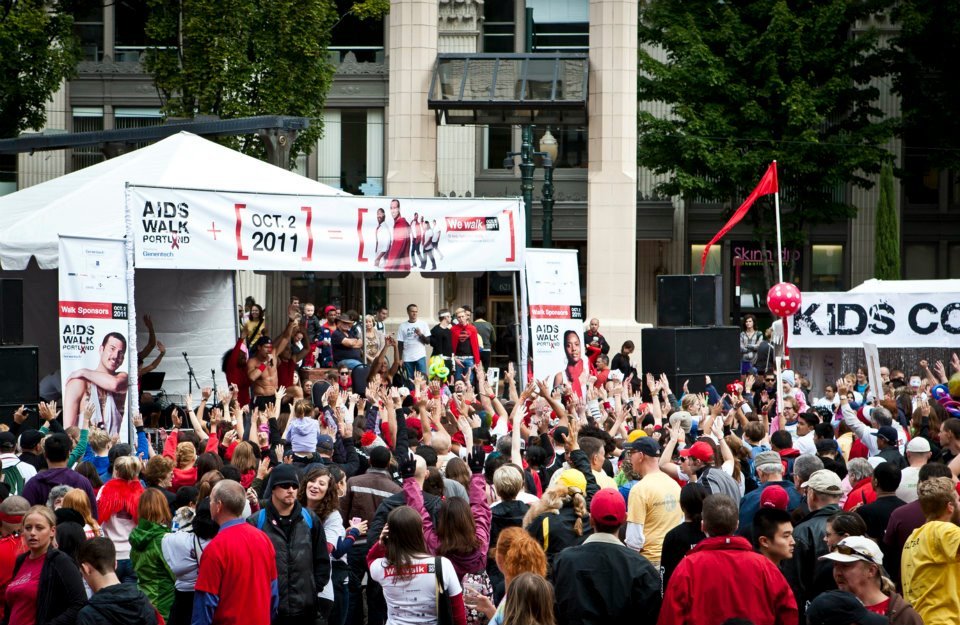 The crowd at Pioneer Square for AIDS Walk 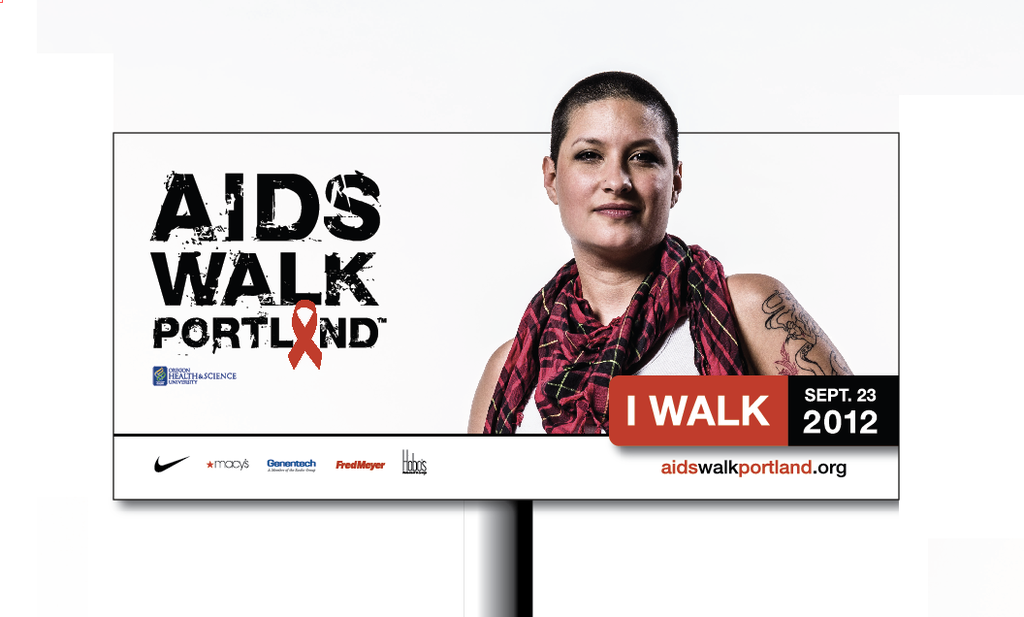 We are excited to announce a new record in funds raised by the 26th annual AIDS Walk Portland. More than $525,000 was raised--$75,000 more than CAP’s stated goal! CAP will use these funds to support activities like HIV testing, community education and services for families and children infected and affected by HIV/AIDS. More than 10,000 walkers joined in the fight against HIV/AIDS during this year’s walk.

“CAP’s Board of Directors couldn’t be more excited about the outcome of this year’s walk,” said Jackie Yerby, Board Chair. “ Beyond breaking the half-million mark for the first time ever, AIDS Walk Portland also drew a record number of elected officials participating in the event. Congresswoman Susanne Bonamici addressed a crowd of VIP walkers and sponsors during an exclusive breakfast at Departure atop The Nines Hotel. Governor John Kitzhaber addressed the crowd of over 10,000 walkers from the main stage in Pioneer Courthouse Square. His comments tied together the important work of health reform in Oregon with the goal of ending the HIV epidemic.  He also recognized the vaccine research being conducted at Oregon Health and Sciences University.

More than 7,000 people are living with HIV in Oregon, 20% of whom don't know they are HIV positive. AIDS Walk Portland raises essential funds to support those living with the virus and those at risk of infection. Knowing your status and having access to healthcare are the two most important factors related to one’s sexual health, next to practicing safe sex.

All funds raised go to support Cascade AIDS Project's mission of preventing HIV infections, supporting and empowering people affected and infected by HIV/AIDS, and eliminating HIV/AIDS-related stigma. A portion of the proceeds will support our partner agencies, as well. Those agencies are Our House, Quest, the HIV Day Center, Partnership Project, and Esther's Pantry.

The National Institutes of Health recently released a study showing that HIV-positive people who adhere to their treatment are 96% less likely to transmit HIV to their sexual partners. This "treatment as prevention" finding proves the important of finding people who are HIV positive and getting them into treatment as soon as possible. To this end, Cascade AIDS Project continues to expand its HIV testing, counseling, and referral program with the goal of having everyone know his or her HIV status, and for those who are positive to receive the medication they need.

We can only accomplish this goal with the help of everyone who walks, donates, and raises funds for AIDS Walk. We won't quit until the epidemic is over. We hope to see you among the 10,000 people who gather on Sunday, September 23, for AIDS Walk Portland.

For the third year, Cascade AIDS Project will be hosting the AIDS Walk Bar Challenge. This is a friendly competition between local bars and restaurants to encourage team creation, fund raising and attendance at the Walk itself. Each venue is led by a Team Captain who supports employee fundraising efforts, provides encouragement and drives use of social media to spread the word about AIDS Walk Portland 2012.

The Bar Challenge 2012 team which raises the most funds will play host to the AIDS Walk Portland Awards Ceremony. The next year, they will also be recognized as an AIDS Walk Sponsor as well as being the starting line for a bar crawl taking supporters to most, if not all, of the participating Bar Challenge venues.

Hobo's Restaurant was the Bar Challenge winner in 2011. Their 59 team members succeeded in raising $16,126.00 for CAP to prevent HIV infections, support and empower people affected and infected by HIV/AIDS, and eliminate HIV/AIDS-related stigma.

We look forward to another fun rivalry between friends and business owners to generate excitement around AIDS Walk Portland on September 23, 2012!

Sure, AIDS Walk Portland 2012 doesn't take place until Sunday, September 23, 2012, but Cascade AIDS Project is deep into making sure it's a stellar event.

Last year's AIDS Walk route through downtown and the Pearl District was such a success that we'll be following the same route this year. We're lining up entertainment and food for the kickoff in Pioneer Square. And a slate of sponsors have already committed for AIDS Walk Portland: Nike, The Standard, Fred Meyer, Family Care, Alpha Broadcasting 95.5, NW Natural, Hobo's, and Departure.

Most importantly, AIDS Walk registration is now open! Start pulling together your team now. Lots of people are choosing themes (remember the team dressed as super heroes last year?) and setting fundraising goals. You can register at www.aidswalkportland.org.

As the walk draws nearer, we'll have more to report. Stay tuned.