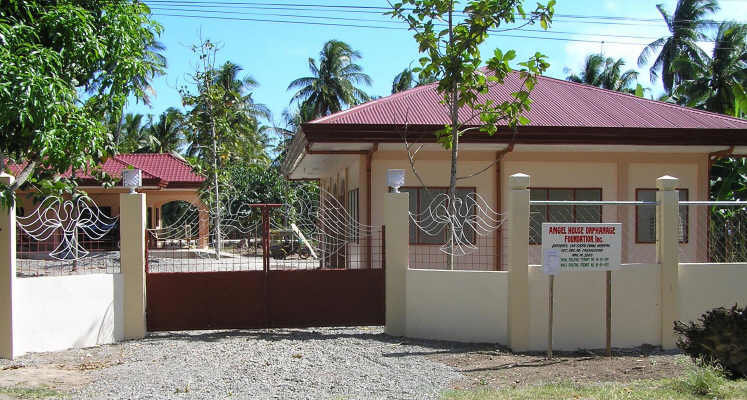 LOCKDOWN BABY BOOM IN THE PHILIPPINES 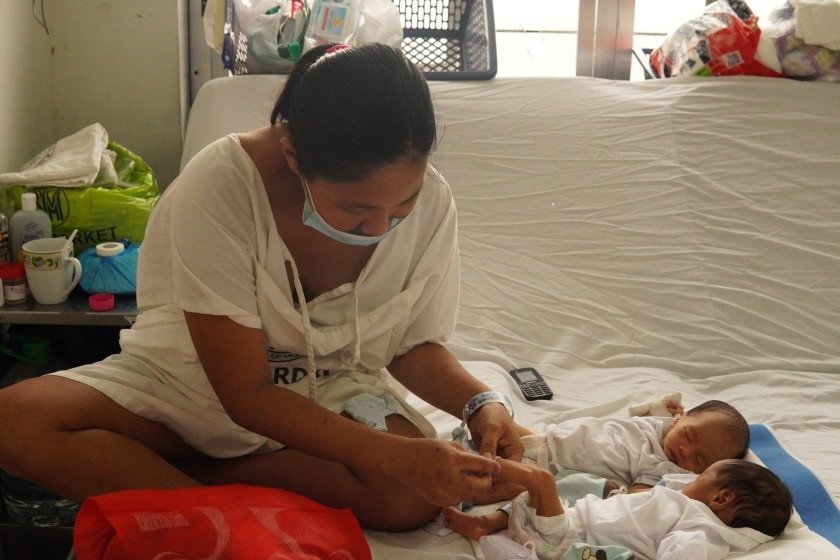 A young mother with her twin newborns

A young mother adjusts her face mask before attending to her newborn twins lying on a cramped cot inside one of the busiest maternity wards in the world. Nicknamed the ‘Baby Factory’, the hospital is in one of the poorest parts of the Philippine capital, surrounded by shanties and the infamous Manila City Jail.

She explains that she had to quit her job as a call center agent to care for her newborns. Her husband’s courier business was closed during one the longest lockdowns of any country, forcing the couple into poverty. The Philippines already has a poverty rate that’s nearly double that of other large countries in the region, such as Indonesia and Thailand. The World Bank estimates that 2.7 million more Filipinos fell below the poverty line last year, defined as someone living on less than $3 a day.

The lockdown also meant that that many women have been unable to access birth control, resulting in even more unplanned pregnancies. Indeed, it is estimated that an additional 214,000 unplanned babies will be born in the coming months, according to the University of the Philippines Population Institute. These children will be born in hospitals already overwhelmed by 1.8 million births a year, mostly into the poorest families.

Getting contraception has always been difficult for women in the Philippines, even before the pandemic. Birth control is taboo in a country where 80% of the population are Catholic. The church has pressurized officials to ban contraceptives and promote ‘a culture of life’. The reproductive health law, envisioned to provide family planning and sex education, took a 12-year battle before becoming law and another two-year fight in the supreme court. Key provisions, including teenage access to contraceptives, were restricted.

The upcoming surge in births will also increase maternal deaths and deepen the crisis with teenage pregnancies, one of the highest in south-east Asia. More children will also lead to increased neglect, malnutrition and abuse among families that are struggling to survive.

We anticipate that Angel House will receive many more abandoned or neglected infants in the coming months as a direct result of this lockdown baby boom. Your kind donations enable our foundation to give these children the love and care that they so desperately need; they are the innocent victims of this devastating pandemic. We will nurture them until their parents are capable of caring for them, or find new families that can give them a better future. 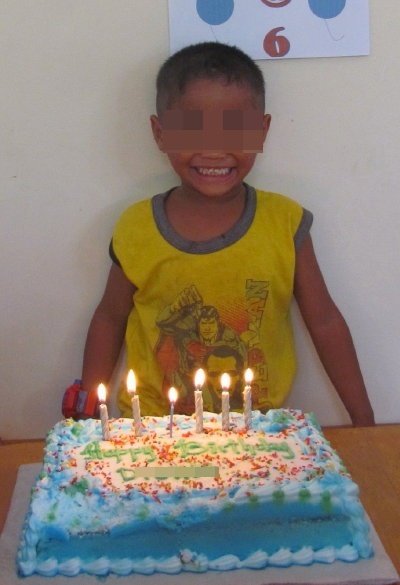 In Angel House every child is very special and for each of them the most important day of the year is their birthday, so we always have a special celebration to mark that milestone in their life and give them a memory to cherish forever. This month we celebrated another birthday with boy D becoming six-years old, he enjoyed sharing his birthday cake and ice-cream with all his friends; D has the biggest smile and is a very bright little boy. But he is not one of our residents …..

He is one of our ‘drop-in’ kids that seem to spend more time in Angel House than his own home, we try to help families like his who struggle to survive and have many young children to feed, clothe and educate. Community outreach is an important element of the Angel House foundation, particularly during this pandemic. In the past we have helped the seven Day-care centers in our community and also had a scholarship program for children ages 5-8 years old.

Of course this year is very different as there has been no Day-care classes or school for any children due to the covid-19 virus; all children are being home-schooled and receive ‘modules’ of work from their school every week to be completed at home. But Angel House still tries to help wherever it can, giving out school supplies and supporting families like those of boy D.

Your donations through Angel House not only help the children that stay with us, but also those in the community who desperately need our support during these difficult times; at least boy D will have a happy memory of his birthday and that will give him hope for a brighter future without covid-19. 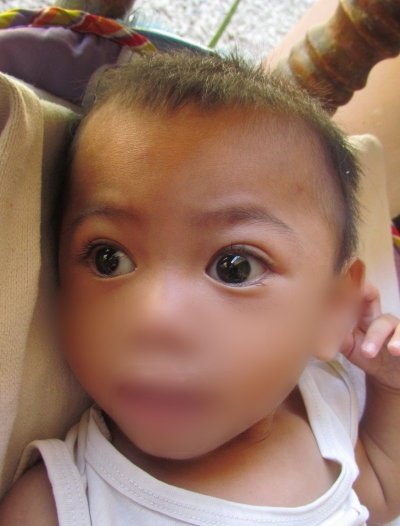 Angel House Orphanage does not usually accept children with special needs as we are more than one hour from the nearest major hospital and although our center is wheelchair accessible, we do not really have the facilities or trained staff to cater for children requiring special care. However, as we do accept new-born babies, we can’t always predict what kind of physical or mental difficulties may arise as the child grows up in Angel House.

Such is the case of a cute little boy that we will call baby M. This little infant came to Angel House when he was only six days old and last month he celebrated his first birthday, a very important milestone for such a special child. He was born with microcephaly, which means his head is smaller than normal, a condition that can result in other physical impairments. He was recently diagnosed as having cerebral palsy and also has problems with swallowing and his vision. We are also waiting for baby M to have a CT-scan to gain a better understanding of his physical condition.

Baby M takes daily medicines to relax his muscles and enjoys being cuddled and tickled! His caregiver gives his arms and legs regular physical therapy and he often has a cheeky smile when he is happy. The future for this innocent little boy is uncertain and so we celebrate every day that we see his happy smile.

Your donations through GlobalGiving enables Angel House to pay for his regular medical check-ups and the CT-scan, as well as his daily medicines that keep him happy and comfortable. 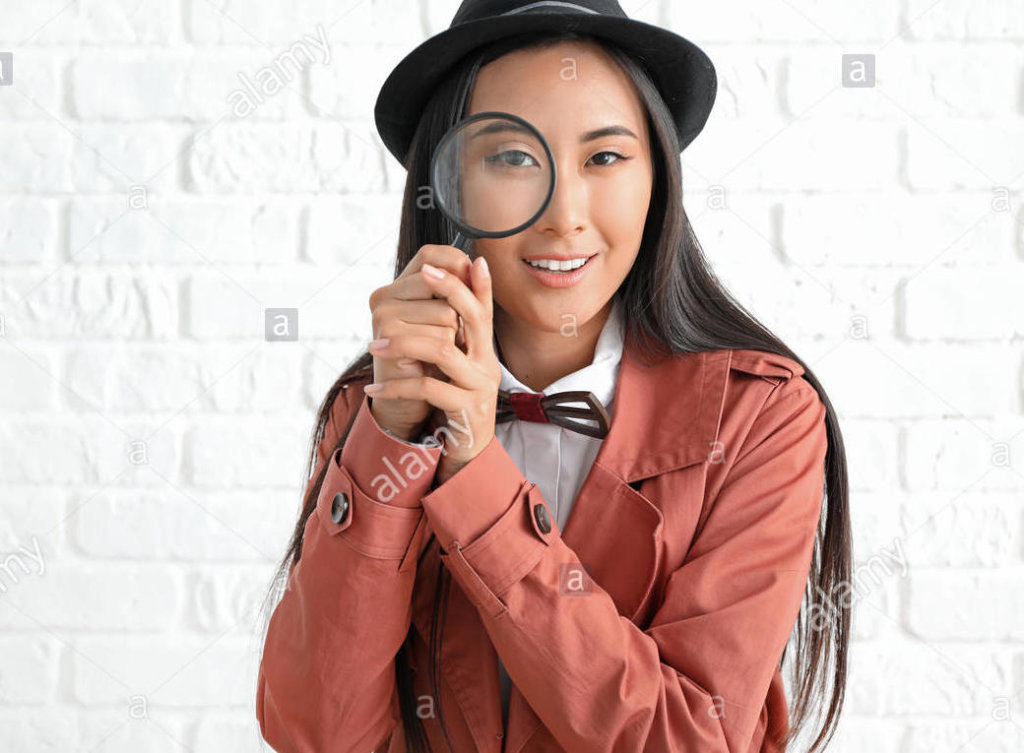 You would be amazed at how complex every single case that lands on our doorstep can be and our dedicated social worker has to become a detective to decipher the intricacies and decide on the way forward for the best interests of the child involved.

The most common problem is children that arrive without a birth certificate or any details about their date of birth or even the place of birth. Sometimes even the parents do not remember the year the child was born and our social worker has to trawl the birth records of different hospitals or birthing centers to try and find an answer. A birth certificate is one of the most important documents a person has, but because it costs money to register a new-born baby, many parents do not follow through with this legal obligation. If we have enough information we can also apply for a late birth registration and give the child a legal identity.

Another problem is when the parents disappear either before the child is admitted or shortly after, then we have to make radio announcements and newspaper requests for any relatives to come forward. On several occasions we have been lucky and found relatives, but most of the time there is no response. Our social worker will often visit the last known address of the family and ask neighbors and local officials for any useful information they might have. Sometimes the information is misleading or not accurate and creates more confusion about the case and different strategies have to be tried to locate any family members.

Social worker or detective, every case is fascinating and frustrating at the same time; we celebrate the occasions when we successfully trace a relative or lost document and work together as a team to find new ways to resolve a case, however complicated it may be. Our goal is to re-unite the family or find a new loving family for the child. Your support through GlobalGiving enables Angel House to employ our social worker and give these children a better future. 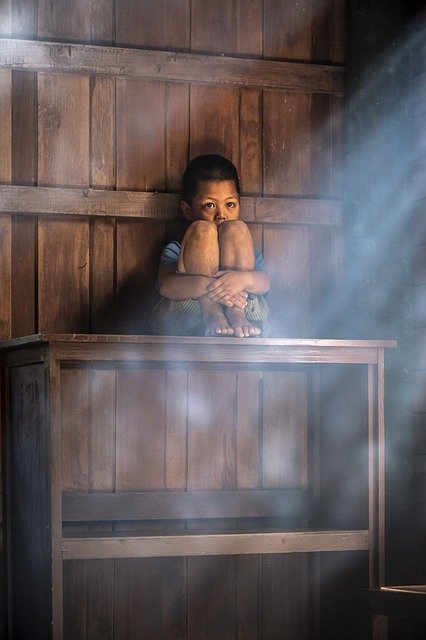 The devastating effect of sexual abuse.

It’s a topic that no-one really wants to discuss, but sexual abuse within families is another problem that has a devastating effect on the child victims and other members of the family. Many Filipinos have large families, but their houses are small and they have to sleep in close proximity to each other due to a lack of space. This gives older relatives the opportunity to easily abuse younger children; often using threats to make sure that their secret activity is not revealed.

Many parents work abroad and trust the care of their children to other relatives here in the Philippines, again exposing the children to possible abuse. Sometimes one parent has a new partner and that can also lead to sexual abuse of the ‘step-children’.

Some of the children in Angel House are victims of sexual abuse within their family and it has meant them having to leave their home, friends and school to live here under our protective custody; we provide loving care that enables them to freely express their emotions and work through their complex issues. Slowly they become more confident and sociable, making new friends and doing better in school.

Your financial support through Global Giving enables our professional staff to provide a nurturing environment and counselling for these vulnerable children, helping them to move forward to a brighter future with confidence. Thank you and blessings of peace to your family this festive season.

Donating through GlobalGiving is safe, secure, and easy with many payment options to choose from. View other ways to donate
Angel House Orphanage Foundation, Inc. has earned this recognition on GlobalGiving:

GlobalGiving
Guarantee
Donate https://www.globalgiving.org/dy/cart/view/gg.html?cmd=addItem&projid=17913&rf=microdata&frequency=ONCE&amount=25
Please Note
WARNING: Javascript is currently disabled or is not available in your browser. GlobalGiving makes extensive use of Javascript and will not function properly with Javascript disabled. Please enable Javascript and refresh this page.