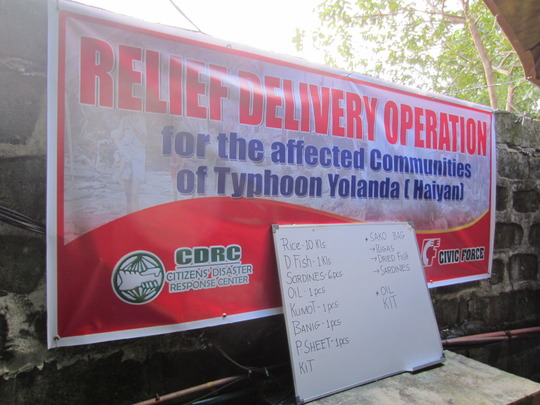 Two project staff members from Civic Force arrived in Manila on November 15th and immediately conducted a meeting with its local partner organization CDRC to coordinate the financial and logistical operations of delivering relief goods to Leyte. Procurement of relief goods have begun in Manila and repacking will proceed as supplies arrive. Droves of volunteers are gathering at the CDRC headquarters to help pack goods, mobilize human and financial resources from local entities, and help in administration and finance matters. Civic Force and CDRC are coordinating with their staff who are on the ground in Cebu and Tacloban to gather information regarding areas that have not been served, security situation, and most importantly, logistics. Civic Force staff will head to Cebu in a few days to prepare the transportation of the relief packs and emergency tents to Leyte. 1,900 families are targeted to benefit from the relief packs, which will contain rice, dried fish and sardines, hygiene kits, sleeping mats, blankets and plastic sheets. 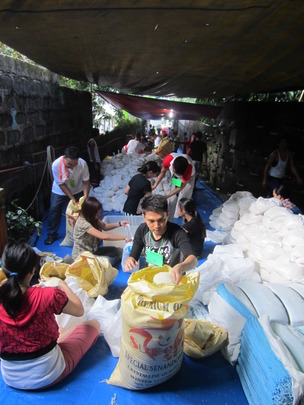 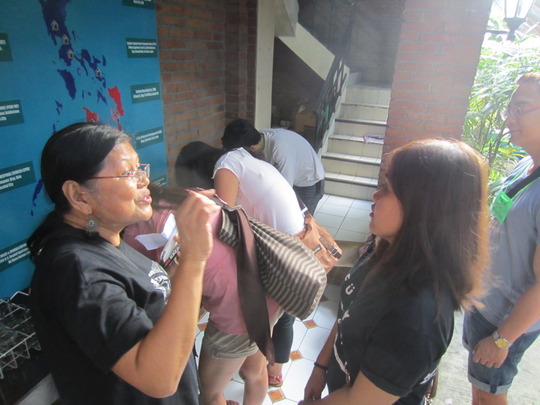 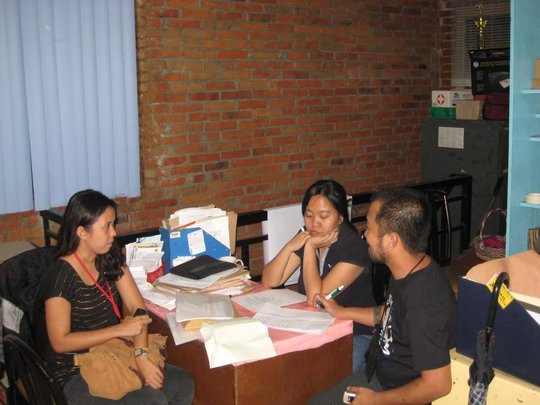 More than two years have passed since the Great East Japan earthquake. In devastated areas such as Miyagi and Iwate prefecture, tangible movements towards reconstruction such as debris removal, restoration of public infrastructure, construction of disaster public housing is underway. On the other hand, the psychological stress of disaster victims who have lost their loved ones or have faced significant changes in living conditions is immeasurable, and the need for psychological care is increasing in number.

In particular, there have been recent cases where people cannot adapt to the new community after moving from temporary housing, and thus, becoming more reclusive from society.

In the case of the Great Hanshin Awaji Earthquake in 1995, the number of victims who needed psychological care is said to have increased three years from the disaster, after physical safety and ordinary life stabilized among the disaster victims. In the disaster-struck Tohoku region, where similar circumstances are occurring, we came across people who support the lives of the disaster victims. These “mental experts=clinical psychologists” have been helping people solve their psychological needs according to their characteristics and situations.

This month, we will introduce the activities of Iwate Society of Certified Clinical Psychologists, one of the efforts of NPO Partner Projects which supports NPOs established in devastated areas to respond to their needs. The Iwate Society of Certified Clinical Psychologists carried out their activities in the coastal disaster areas soon after the earthquake, as “specialists” offering various mental cares in cooperation with Iwate prefecture, municipal administrations and private organizations.

If you need further information, please find our homepage.(www.civic-force.org/english)

On July 2, the Minister for Reconstruction Takumi Nemoto announced at the 8th meeting of the Reconstruction Promotion Council, which was attended by all cabinet members, that the government will start developing a “Growth Strategy” for the areas affected by the Great East Japan Earthquake and a platform for sharing information on job placements and private investment in the field of disaster reconstruction.

The strategy specifically aims to revitalize the affected areas through creation of sites for centralizing all information on job placements and providing venues where people can seek advice on business management from experts such as financial institutions. There is also a plan to establish a system for dispatching experts from other areas to companies, municipal governments, and commerce and industry associations in the affected areas. The objective of
these plans is to raise the level of reconstruction from “rebuilding” to “growth,” and the key to implementing the plans will be for both the public sector and the private sector to share an awareness of cooperating for the same goal.

We envision a society where, in times of disaster, the government (i.e. the public sector) provides existing public services while NPOs, companies and individuals (i.e. the private sector) also contribute towards attaining public benefit; both the public and private sectors, in their respective positions, will actively provide services ranging from emergency relief activities to building new towns in the reconstruction phase. We established Civic Force in the aim of creating such a society, and now we are focusing on supporting those people who are in the affected areas and are independently seeking to start new businesses for reconstruction.

Our “Mid- to Long-Term Reconstruction Support Projects,” which were launched in the summer of 2012, aim to solve the problems that had existed in the affected areas since before the disaster, such as the decline of the agriculture sector and issues related to the medical care system, which stem from depopulation and ageing of the communities. We have ongoing projects in five fields: “tourism,” “emergency medical service,” “renewable energy,” “town development” and “child support.” These projects take full advantage of our partnerships with NPOs and local governments that were built through our NPO Partner Projects, which were started just after the earthquake.

This Monthly Report features one of the Mid- to Long-Term Reconstruction Support Projects, in an article that covers the opening ceremony to launch  the “Platform for the Creation of Ria Coast Tourism,” which was established in Kesennuma city, Miyagi Prefecture, and the role Civic Force played in the establishment of the organization.

The private sector will be a huge driving force for changing the society and leading the way to a new era. Civic Force will continue to work towards creating a system that will maximize such a driving force.

If you need further information, please find our homepage(www.civic-force.org/english)

Attachments:
‹ 1 ... 11 12 13 14 15 16 17 18 ... 20 ›
WARNING: Javascript is currently disabled or is not available in your browser. GlobalGiving makes extensive use of Javascript and will not function properly with Javascript disabled. Please enable Javascript and refresh this page.