Civic Force is conducting search-and-rescue operations and will be providing the victims of Typhoon Hagibis with emergency relief items as they recover from the disaster. Hagibis caused widespread flooding and landslides across several prefectures as 77 rivers overflooded, displacing thousands of people from their homes. The evacuees will require immediate essential items such as food and water in addition to other needs such as bedding, clothing, and cookware.

Super Typhoon Hagibis hit Japan on October 12, 2019, leaving a path of destruction in its wake with at least 58 dead. More than 230,000 people were forced to evacuate from their homes, over 100,000 households left without electricity, and 81,500 households without water. Although the heavy rain alert has been lifted, the danger of more flooding and landslides remains as water from higher ground continues to roll downhill. As Japan recovers from this disaster, there is much work to be done.

Civic Force, in coordination with our partners, dispatched a search-and-rescue team to the affected area. Our field team is conducting a needs assessment to find out the most urgent requirements of the victims and where to deliver them. Civic Force will be providing emergency relief items to the victims to sustain them through this difficult period in addition to medical care and coordination of volunteers.

As the victims struggle to recover from Hagibis' devastating impact, they will require assistance to meet their immediate needs. Civic Force will meet the victims' needs as they recover and clean their damaged homes and places of business. 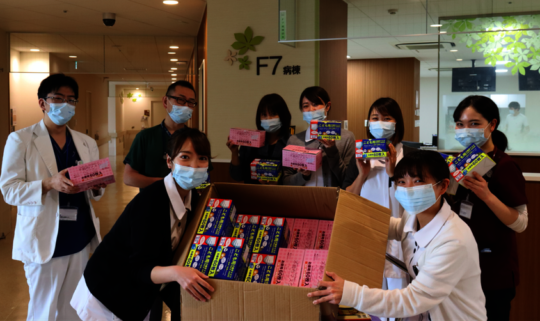