We Build where Nature Destroys. 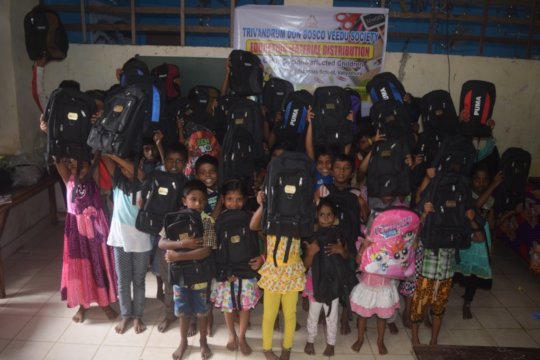 Ockhi Cyclone strengthened further on December 1, triggering a red warning for the fisherman in the city of Trivandrum. Durring the time Over 1,000 people from the coastal hamlets were evacated to the relief camps.

According to the fisheries department, Government of Kerala; 85 deaths were reported in Trivandrum, and over 1,000 people were evacuated to the relief camps. Four months after Cyclone Ockhi, Survivors and Kin of the deceased still counting losses, awaiting for the compensation from the central and state governments

A sombre atmosphere prevailed in the coastal villages of Valiyathura, Poonthura, Vizhinjam, Pozhiyur and Adimalathura as an after effect of ockhi cyclone.

Social workers from Trivandrum Don Bosco Veedu society visited the relief camps in Valiyathura, Poonthura, Vizhinjam, Pozhiyur and Adimalathura. The team interacted with group of fisherman, children and women folks living in relief camps. The team found a scare prevails among the fisherman; some of them are doubt if they will ever be able to get back to work again. Poverty lingers in these coastal hamlets. 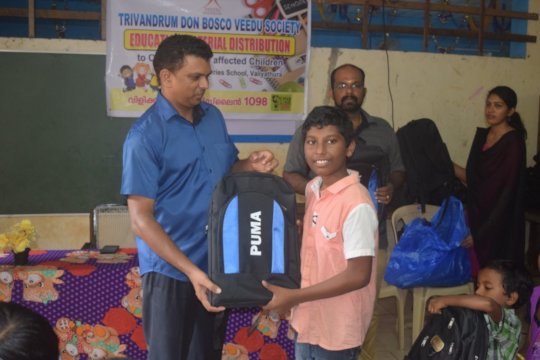 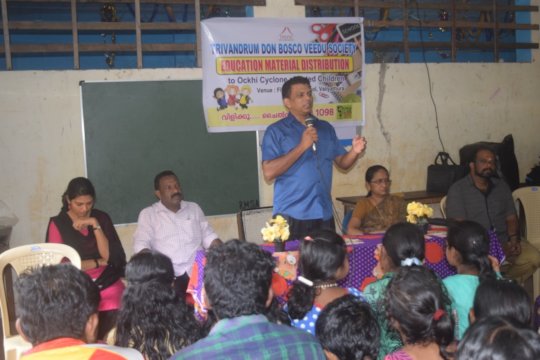 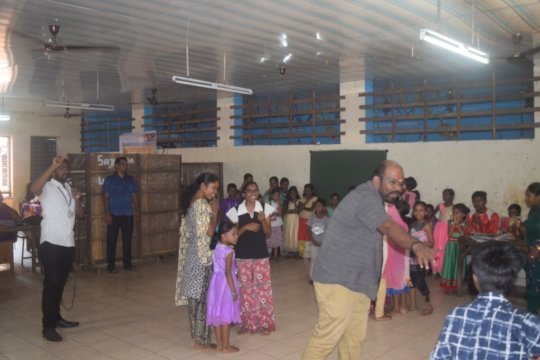 One Day Motivational Camp for Women 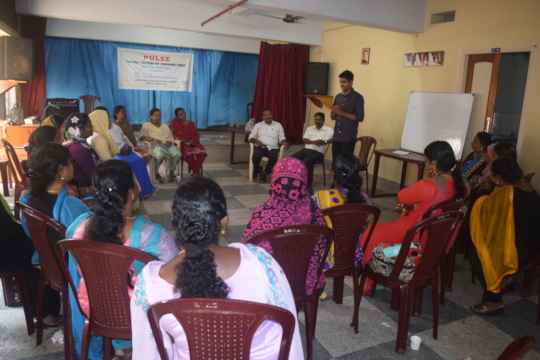 On 13th February 2018, Tuesday, Motivational camp named “PULSE” was conducted for the women in the society. The camp was inaugurated by Fr. Thomas P.D, Director, of Don Bosco Veedu Society. Mr. Georgezen, Entrepreneurship Specialist of Adani Foundation handled the one day motivational class. The main objective of the camp was “Knowing Self”. The programme was fully activity oriented; the participants were given opportunity to reflect into their daily routine in order to organise their life better.

Activities for Knowing Self

Daily Routine Analysis: In the motivational camp the participants were grouped, and they were asked to prepare a daily routine. Each group presented the daily routine, and identified the leisure time spent by each of the unemployed women in the slum.

Interest Analysis: The participants were given opportunity to identify their interest in developing their skills. This activity gave them opportunity of identifying their hidden skills for their social and financial development.

The camp helped the women folk to know themselves better and also every individual was helped to identify their skills.

The feedback was collected from the participants. Mrs. Mini, one of the participants said: “The camp was a turning point in my life. With this one day camp, I was able to understand that I have been wasting a lot of valuable time. From today onwards I decide to spend my free time effectively through some engagements” 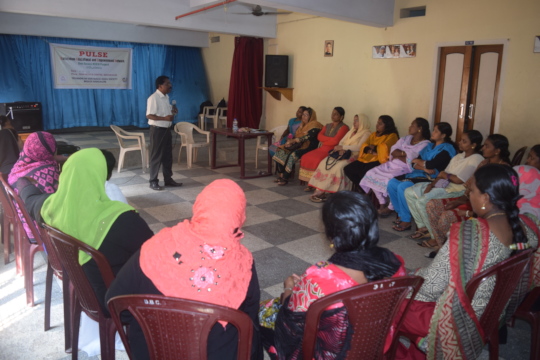 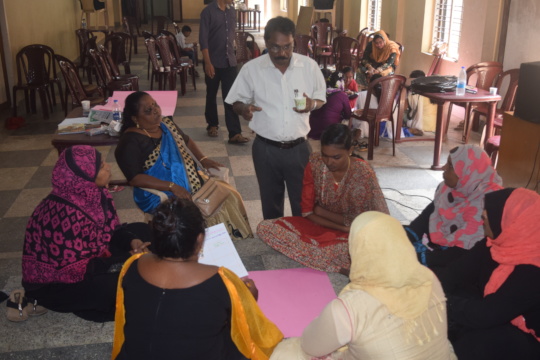 BACK TO SCHOOL, ON A NEW PAIR OF UNIFORM.

The children put on their new uniform and beemed with happiness, a new pair of clothes might just be the motivation this little children needed to go back to school year with all Enthusiasm.

We had our Annual celebation of "Back to school day". 30 School drop out childrens within the age group of 9-14 who were being sheltered in out Don Bosco Nivas shelter home for street children, were given a new begining. The day was celebrated to motivate and influece the children to take interest in studies and continue their schooling. We had fun games and active learning sessions to refresh memories and boost confidence. very one shared what their ambitions were, and you could see the ray of hope in their eyes again.

The Highlight of the day was, when the new uniforms were distributed to them, the joy of a new part of shiny cothes illuminated their face, and the hall was buzzing with exitement and laughthter.

we would like to thank all our Donors, without your continued support, bringing smiles back to this little childrens face  would not be possible. Thank you all on behalf of Don Bosco Nivas Family.

‹ 1 ... 22 23 24 25 26 27 28 29 ... 31 ›
WARNING: Javascript is currently disabled or is not available in your browser. GlobalGiving makes extensive use of Javascript and will not function properly with Javascript disabled. Please enable Javascript and refresh this page.