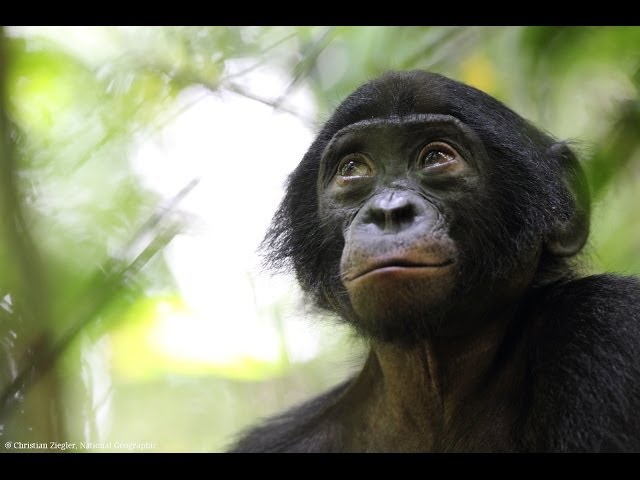 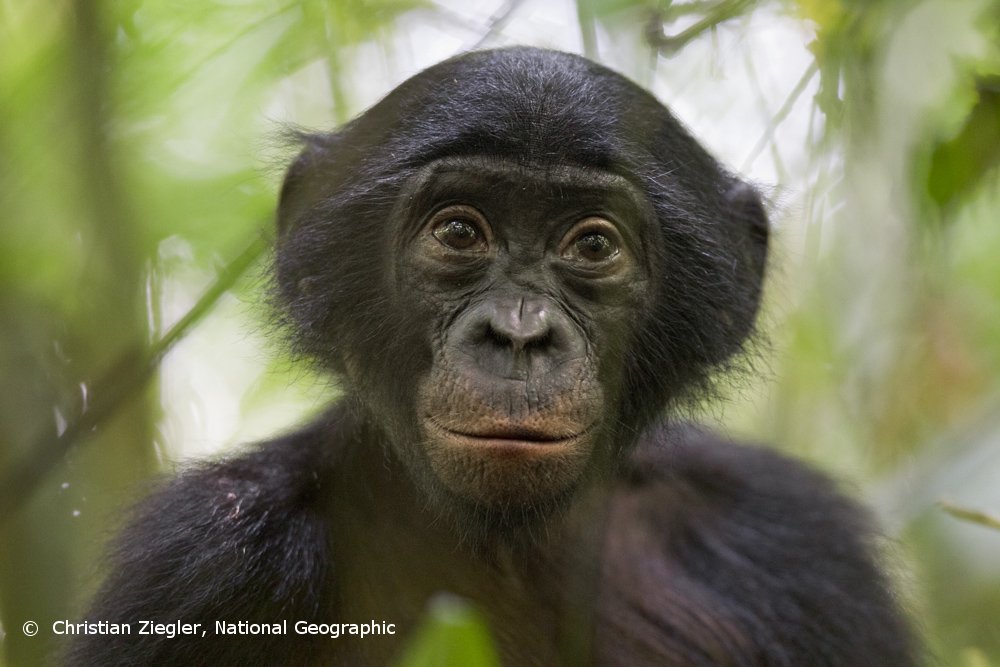 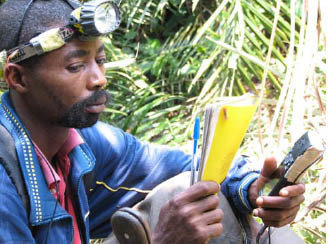 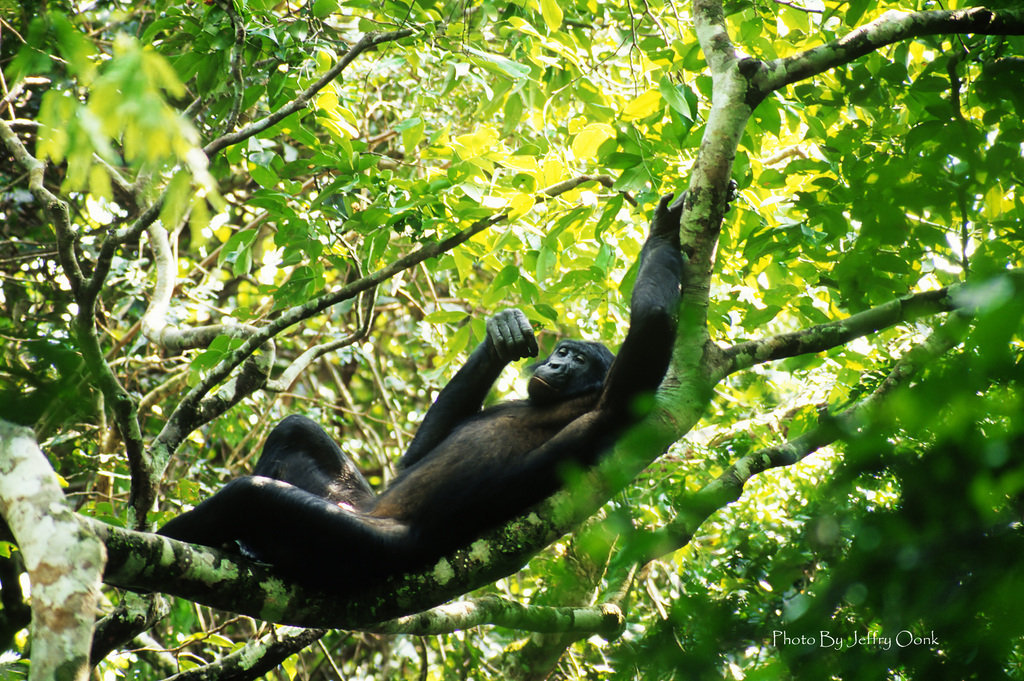 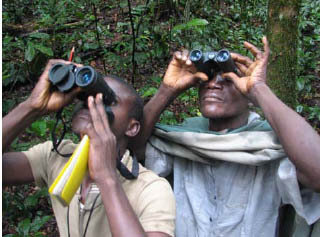 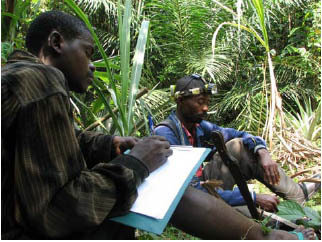 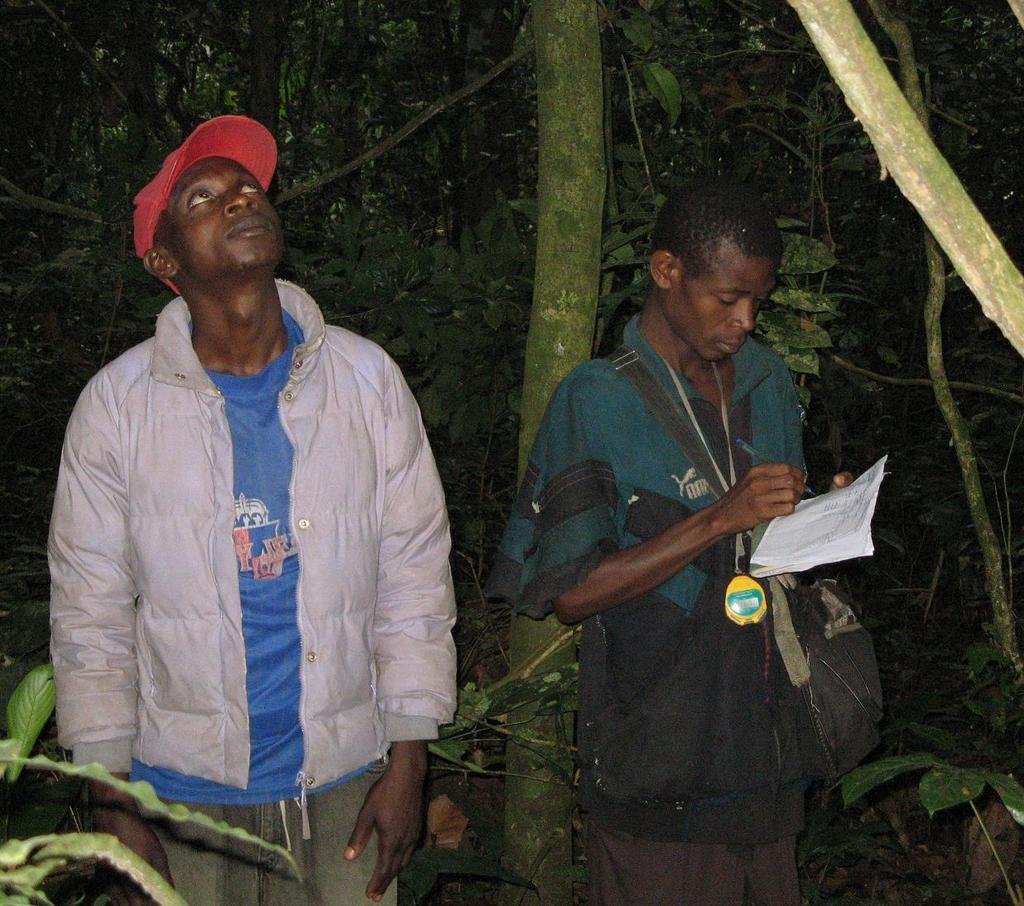 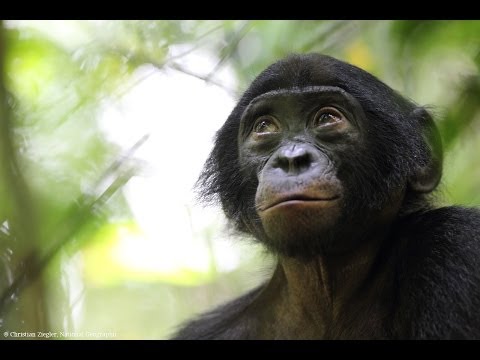 Now is the time for perseverance 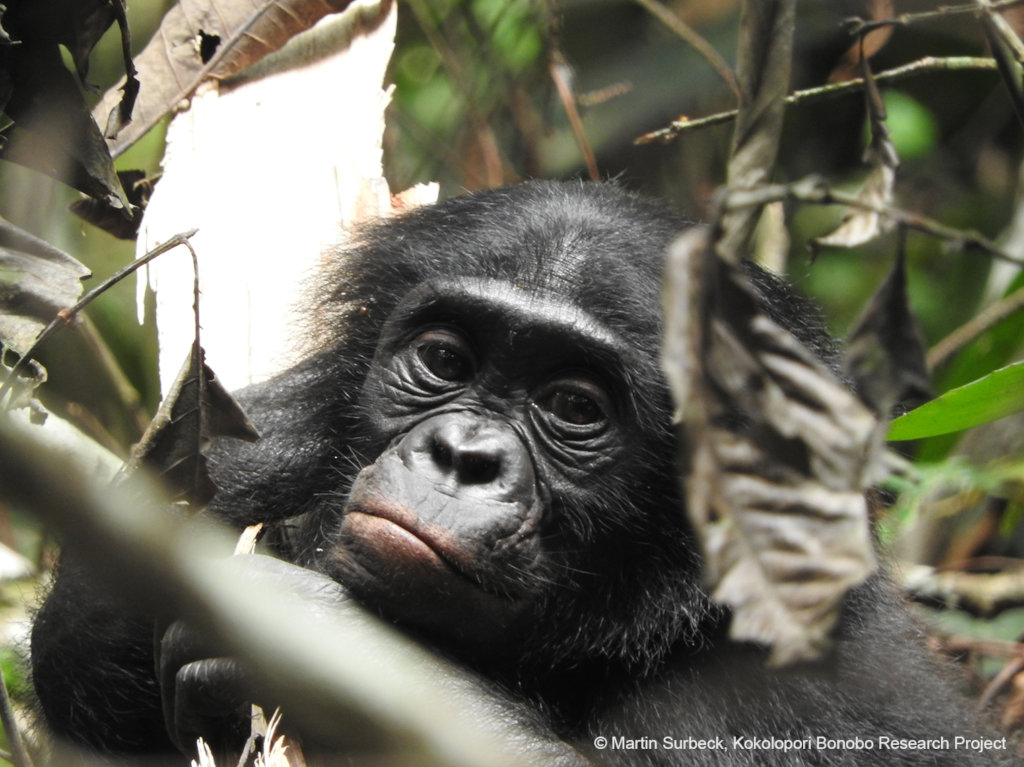 We're going to be honest—2020 has been brutal. From a raging pandemic to record-setting storm seasons to political turmoil, this year has brought with it unprecedented challenges. Just as you have found your daily life changed, so have our teams in the Bonobo Peace Forest. They have had to implement new protocols to protect themselves and the bonobos from COVID-19, as well as Ebola. As the global economy reels from the impact of the pandemic, our teams and their communities have found themselves under pressure from reduced funding. Increased economic difficulty has also led to an uptick in bushmeat hunting, making our work to save bonobos all the more urgent.

It's these seasons of challenge that create the opportunity for change. Now is not the time for despair; now is the time for perseverance.

Perseverance is what led to the creation of the Bonobo Peace Forest, a constellation of community-based reserves in the Congo rainforest supported by sustainable development. Perseverance has put nearly nine million acres of rainforest under protection and much more in progress. Perseverance is what has kept BCI going for more than 20 years and will keep us going until our mission is fulfilled: creating a safe haven that protects endangered bonobos, preserves vital rainforest habitat, and supports local leadership. And it's supporters like you who make that perseverance possible.

Thanks to your support, Vie Sauvage, our leading partner in the Kokolopori Bonobo Reserve, won the 2020 UN Equator Prize! For more than 20 years, Vie Sauvage has been doing the hard and necessary work of daily, on-the-ground conservation. The effect of Vie Sauvage’s incredible work extends beyond the borders of the Kokolopori Bonobo Reserve. The success of their integrated, holistic approach has inspired neighboring communities to launch their own conservation initiatives.

Indigenous engagement in conservation is critical to saving our planet. Within the Bonobo Peace Forest, local residents are leading the charge to protect the Congo rainforest, the second largest on Earth. The developing sites will connect with existing reserves, creating a massive, continuous area of protected rainforest. These proposed reserves also link critical habitat corridors, meaning that bonobos and other wildlife can roam freely throughout their range, a huge boon to their survival.

As the year draws to a close, we would like to thank you for stepping up and supporting our work to protect bonobos and their precious habitat in the Congo rainforest. Thank you especially for standing with us during this difficult year. Wishing you a very happy and healthy 2021! 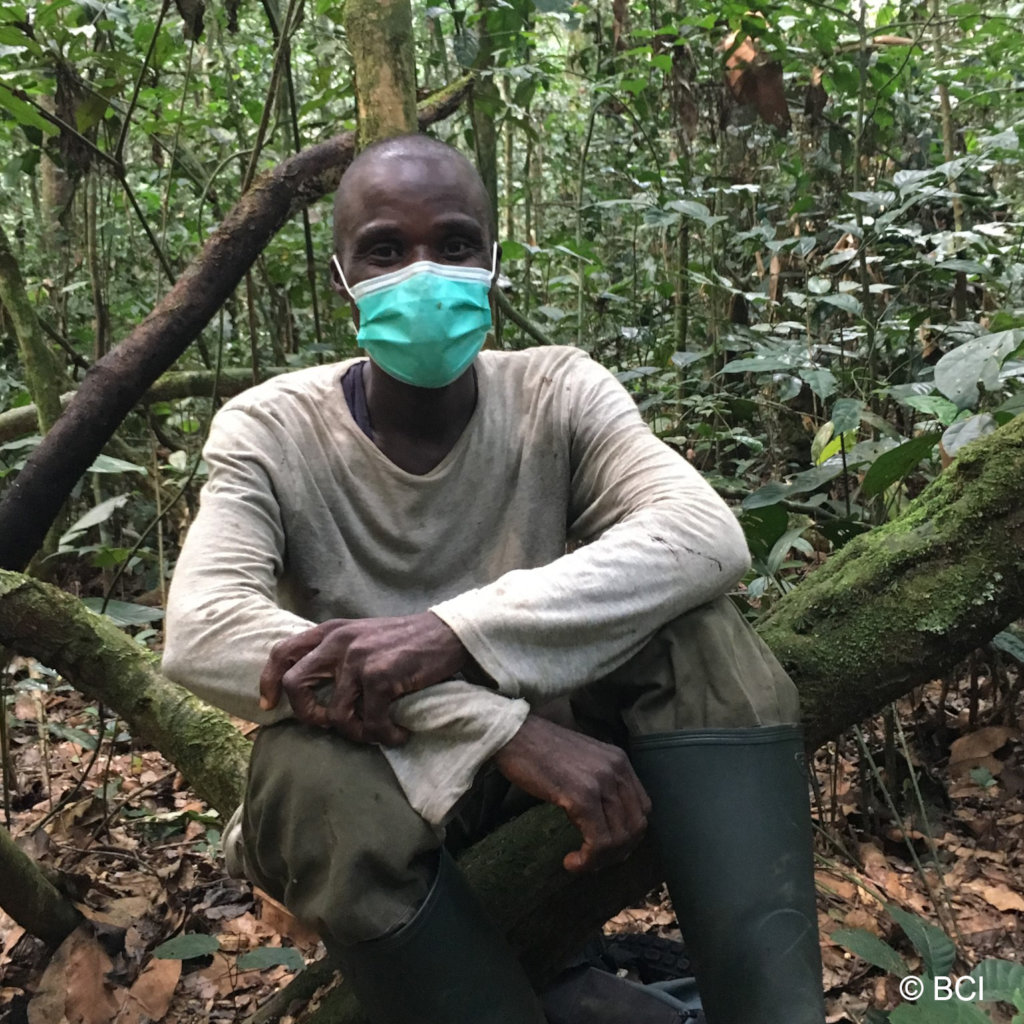 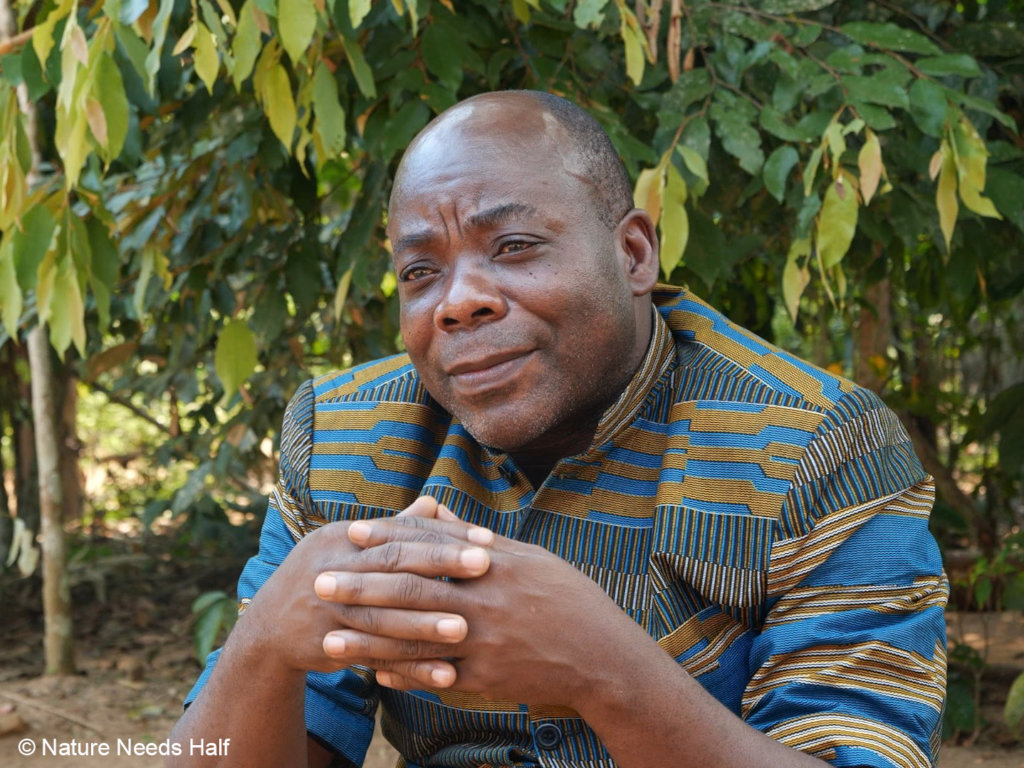 We are thrilled to announce that Vie Sauvage—our partner of twenty years in the Kokolopori Bonobo Reserve—has won the 2020 Equator Prize!

This prize, awarded by the United Nations Development Programme, celebrates local community and indigenous peoples initiatives that advance innovative nature-based solutions for conservation and sustainable development. One of ten winners out of almost 600 applicants from around the world, Vie Sauvage was nominated by BCI in recognition of their pioneering efforts on behalf of bonobos and biodiversity.

Vie Sauvage helped spearhead the creation of the Kokolopori Bonobo Reserve and is the reserve’s designated manager, providing the lifesaving field teams who trek into the forest every day to observe and protect bonobos. Their holistic, integrated approach has served as a model for the entire Bonobo Peace Forest, inspiring other local communities to launch their own conservation initiatives.

Albert Lotana Lokasola, founder and president of Vie Sauvage, is a native of Kokolopori. He has represented the Djolu territory in the DRC parliament since 2011. His dedication to his home territory is unparalleled; much of the success of the Kokolopori Bonobo Reserve is thanks to his hard work and outstanding leadership. He shared, “It is a great pleasure for me and my community to be honoured with the Equator Prize. It is an opportunity to strengthen and disseminate our conservation model—one rooted in our culture and traditions—at a regional level throughout the Bonobo Peace Forest, using Kokolopori Bonobo Reserve as an anchor site. This award will help support the new generation of forest stewards of Kokolopori, educating them in how to use their traditional knowledge to foster rainforest conservation."

Albert and the other winners will be celebrated through a series of virtual events in September 2020 during Climate Week NYC, in parallel with the UN General Assembly and Nature Summit.

It has been our pleasure to collaborate with Vie Sauvage for the past twenty years, co-creating our vision for a more sustainable future and bringing it to life. Their commitment is an inspiration to us, to the other communities of the Congo rainforest, and to the world. Thank you, Vie Sauvage, and congratulations! And a big thank you to our supporters who make our work with Vie Sauvage possible. This is your win, too! 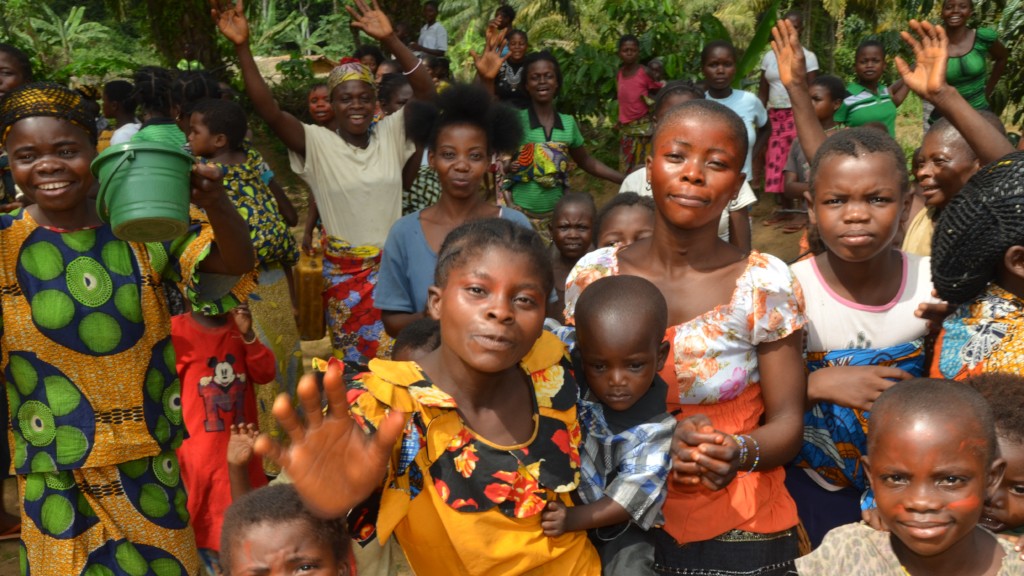 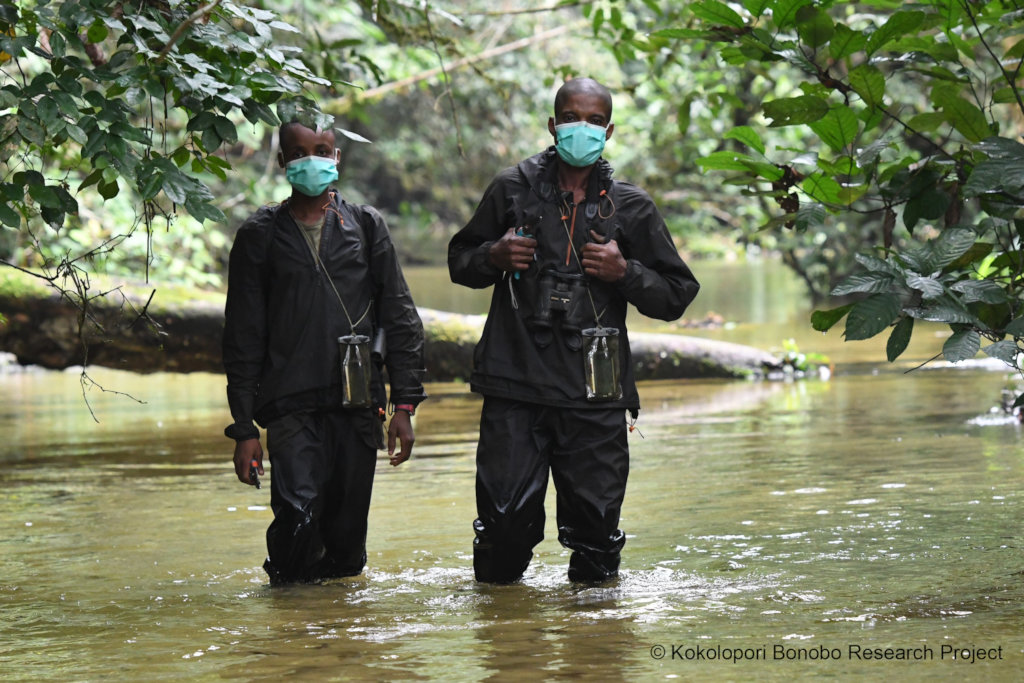 We hope this update finds you well amidst this continuing pandemic. It is inspiring to see so many people pitching in and doing their part to keep their communities safe. Like everyone else, our team and partners in the Congo have also had to adapt to new circumstances to ensure their safety—international borders have been closed, regional quarantines are in place, and internal travel is limited.

We are helping our field teams to protect bonobos and themselves against the new threat of COVID-19. Because of our genetic similarity, it is likely that bonobos and other great apes can contract the virus, and bonobos are particularly susceptible to human respiratory illnesses. That is why our trackers were wearing masks well before the pandemic originated. Education about hygiene, physical distancing, along with taking special precautions in accordance with guidelines set forth by the International Union for the Conservation of Nature’s Primate Specialist Group are crucial in ensuring the health of both people and bonobos. We have been working to get this information to our partners on the ground, and are raising funds to purchase key items like soap, medical supplies, and facemasks.

Bushmeat hunting, however, remains the greatest threat to bonobos. Our work with local indigenous communities in the Bonobo Peace Forest is providing livelihood alternatives to hunting. Continued support of our tracking teams, as well as other community programs like agriculture and soap-making, are more vital than ever in protecting our sister species.

As always, thank you for standing with us…and please help BCI and our partners by sharing the news about our mission!

A Brighter Future for Bonobos 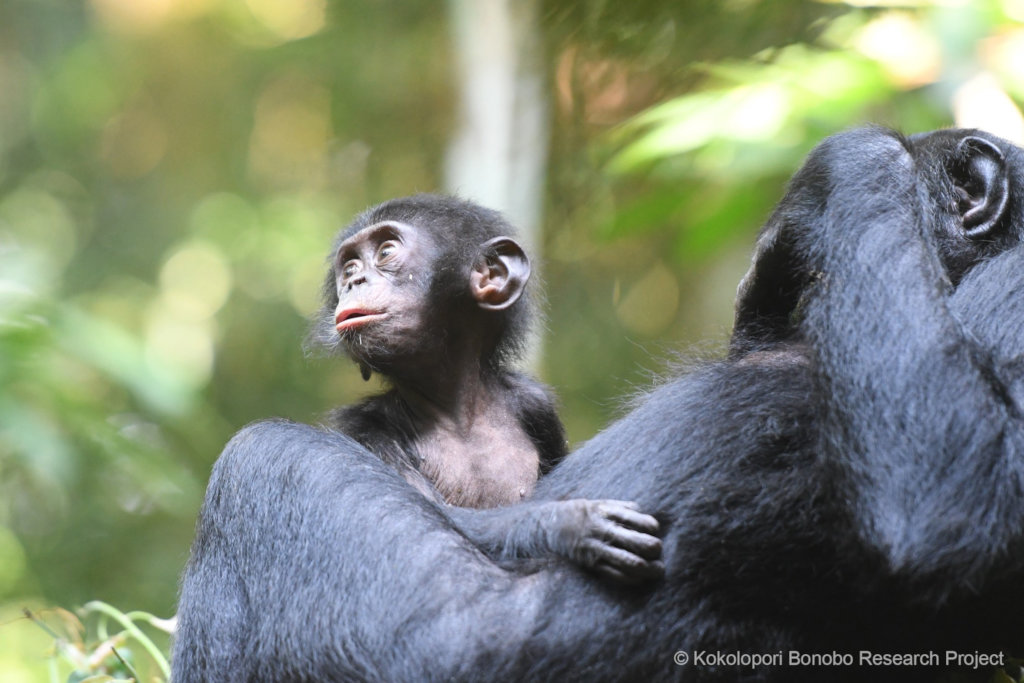 Rubin, one of the newest Ekalakala bonobos

As the year—and decade—draw to a close, we would like to thank you everyone who has stepped up to support our work to protect bonobos and their precious habitat in the Congo rainforest. The Bonobo Peace Forest concept is put into action by the combined efforts of many people, especially those who are on the ground in the DRC. Here are some of the highlights from this year:

The statistics are sobering. Fewer than 15,000 bonobos remain in the wild. The Congo rainforest may be completely gone by the year 2100. Left unchanged, this path leads directly to species collapse and cataclysmic climate change.

They say that hindsight is 20/20, and this year we’d like to turn that saying around. By planning ahead and scaling up our proven, integrated model for conservation and community development, we can change the outcome for bonobos and for ourselves. Let’s dedicate 2020 to envisioning and enacting a path toward a brighter future for bonobos, for their Congo rainforest home, and for all life on Earth.

As always, thank you for standing with us…and please help BCI and our partners by spreading the word about our mission! 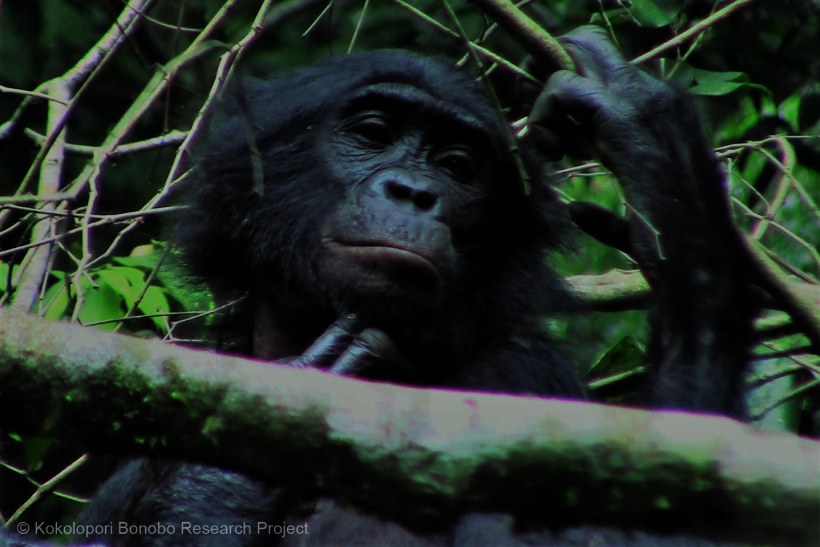 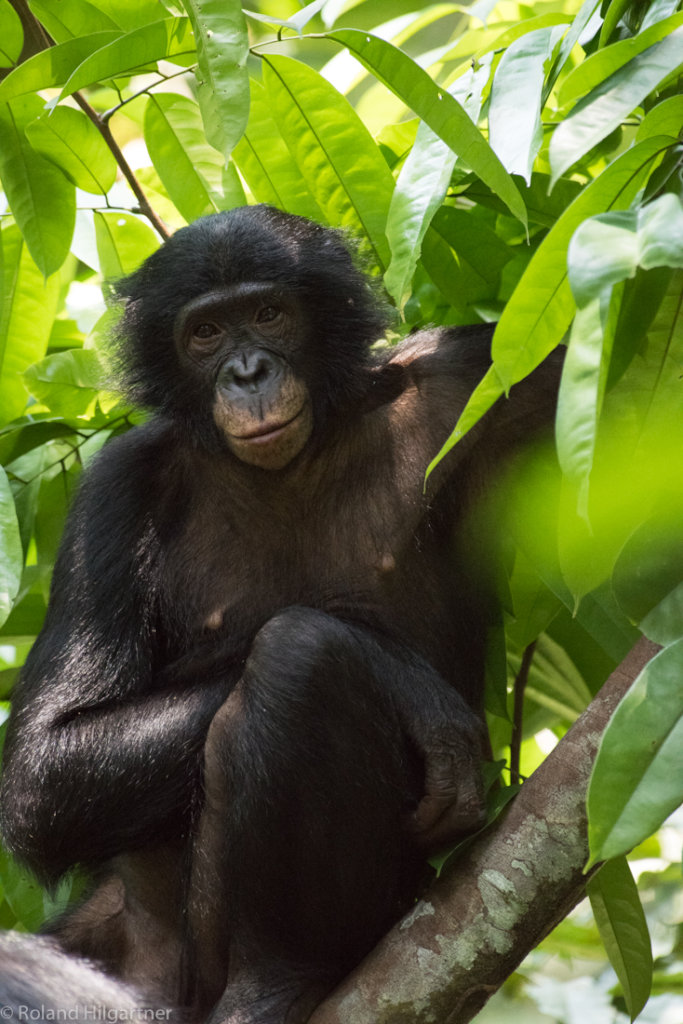 In August, the Intergovernmental Panel on Climate Change released a special report on Climate Change and Land. The report investigated–among other things–land use and sustainable land management in relation to climate change adaptation and mitigation. The review included authors from 52 countries and analyzed over 7,000 publications that included interviews and surveys with indigenous and local communities. Key findings of the report recognized that involvement of indigenous and local communities in land management is essential in effectively adapting to and mitigating climate change—and that improved land management is critical for  biodiversity conservation.

In response to this report, a consortium of indigenous and community leaders from 42 countries spanning 76% of the world’s tropical forests, released a statement acknowledging the importance of the report. It also included a series of recommendations to enable indignous and local communities to further protect and effectively manage their lands.

“Where our rights are respected, by contrast, we provide an alternative to economic models that require tradeoffs between the environment and development. Our traditional knowledge and holistic view of nature enables us to feed the world, protect our forests, and maintain global biodiversity.” —Indigenous and Community Response

The headline of their response reads: “Finally, the world’s top scientists recognize what we have always known.” We at BCI expressed the same sentiment! We have been working with local and indigenous communities in the bonobo habitat for over two decades, and the Bonobo Peace Forest is the manifestation of this approach.

Our local partners can attest that community involvement is the core element of successful conservation. When interviewed by our team last summer, local partner Jean Gaston said: “It is a good vision because in sustainable conservation, it requires the involvement of the community.” Lingomo, another Peace Forest leader, said “We found sustainable conservation with BCI. Because BCI negotiates with the local population, works well with the population, and lives together with the population.”

We are so proud of our on the ground partners who work so hard to protect their forests, which not only protects the biodiversity within, but also keeps countless tons of greenhouse gases from being released into the atmosphere.  We are also grateful that our grassroots approach is beginning to be recognized as a viable and important conservation strategy. Most of all, we are grateful for our supporters, who enable us to continue this important work!

As always, thank you for standing with us…and please help BCI and our partners by spreading the word about our mission! 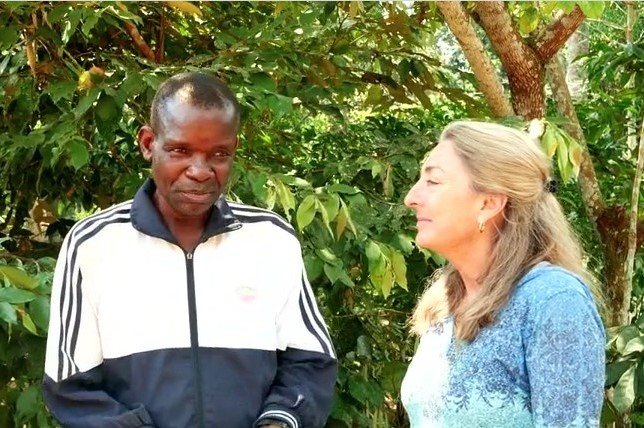 Donating through GlobalGiving is safe, secure, and easy with many payment options to choose from. View other ways to donate
Bonobo Conservation Initiative has earned this recognition on GlobalGiving:

GlobalGiving
Guarantee
Donate https://www.globalgiving.org/dy/cart/view/gg.html?cmd=addItem&projid=4368&rf=microdata&frequency=ONCE&amount=25
Please Note
WARNING: Javascript is currently disabled or is not available in your browser. GlobalGiving makes extensive use of Javascript and will not function properly with Javascript disabled. Please enable Javascript and refresh this page.