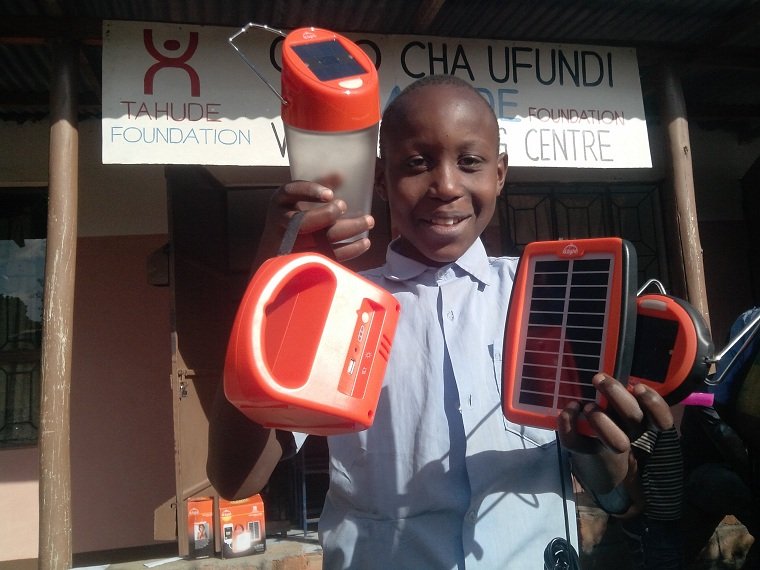 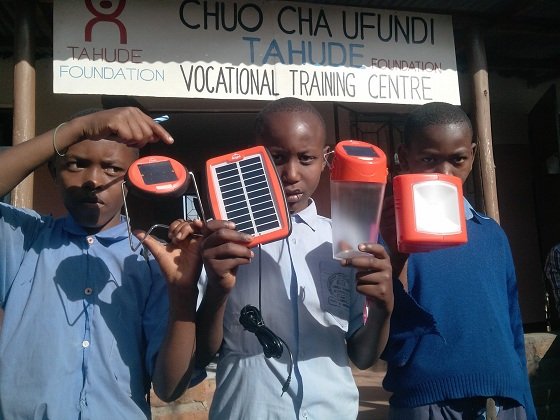 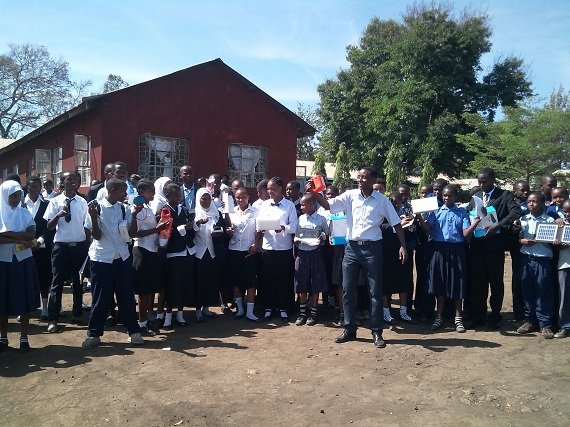 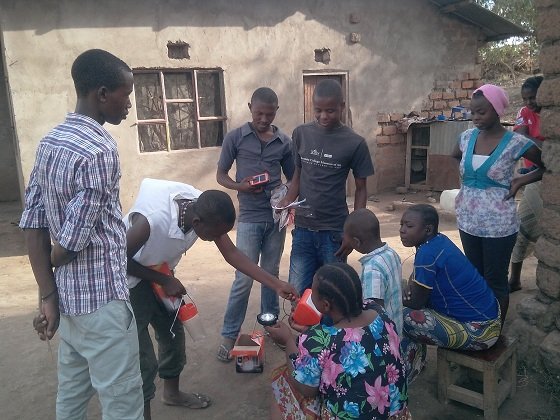 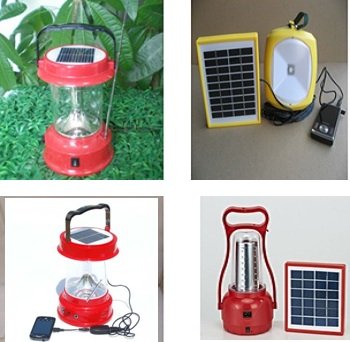 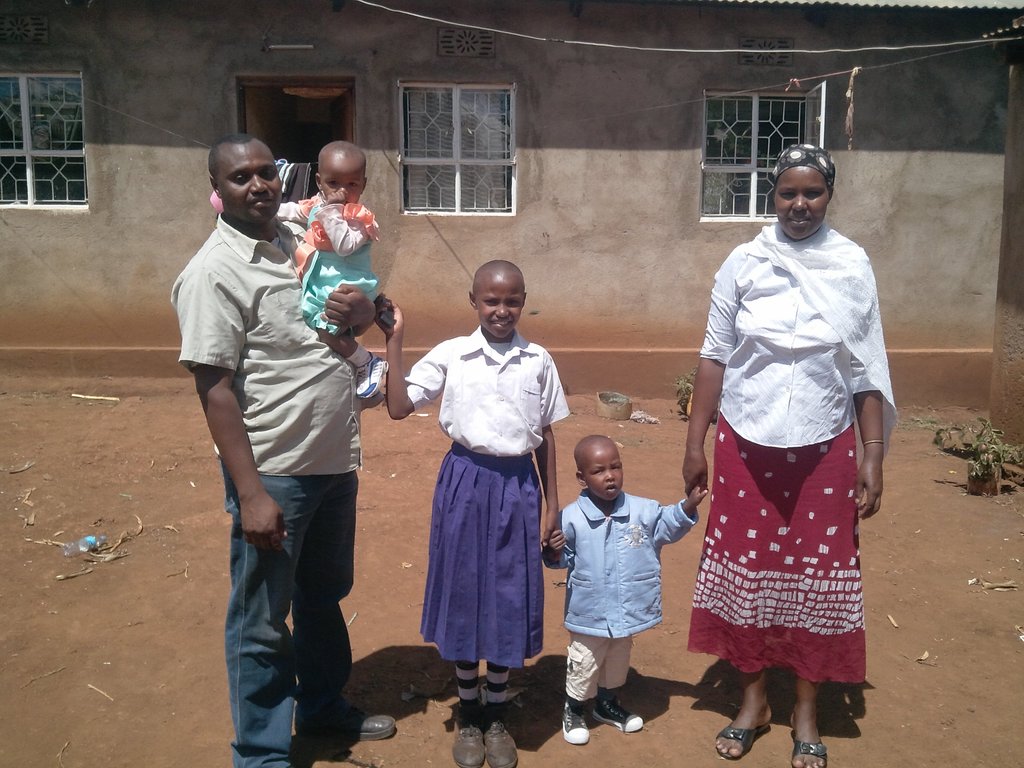 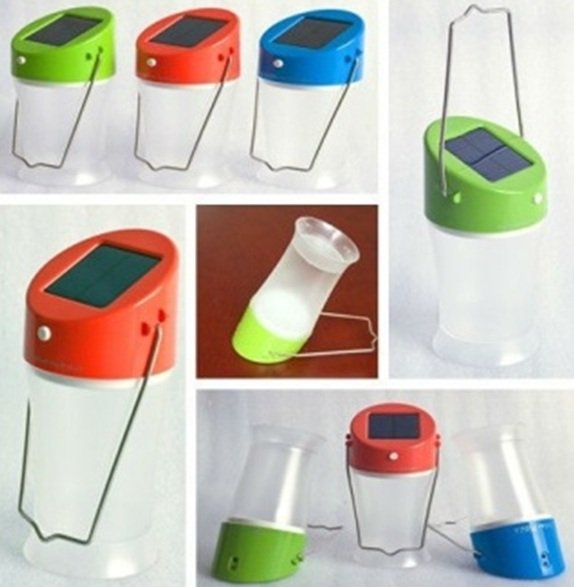 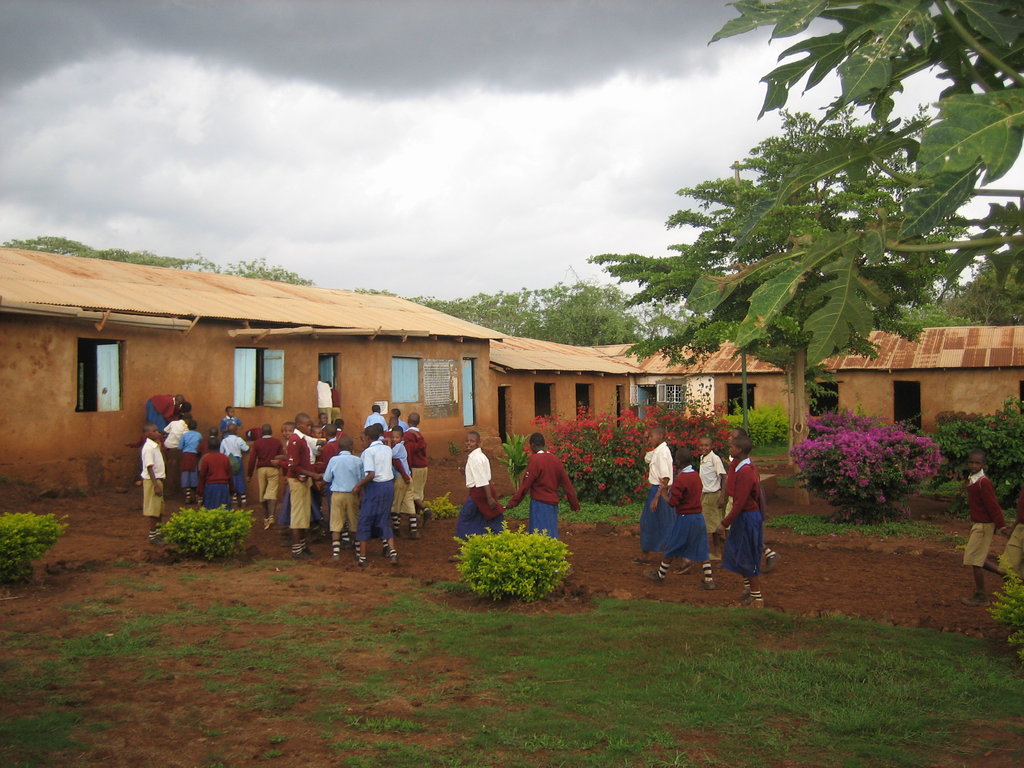 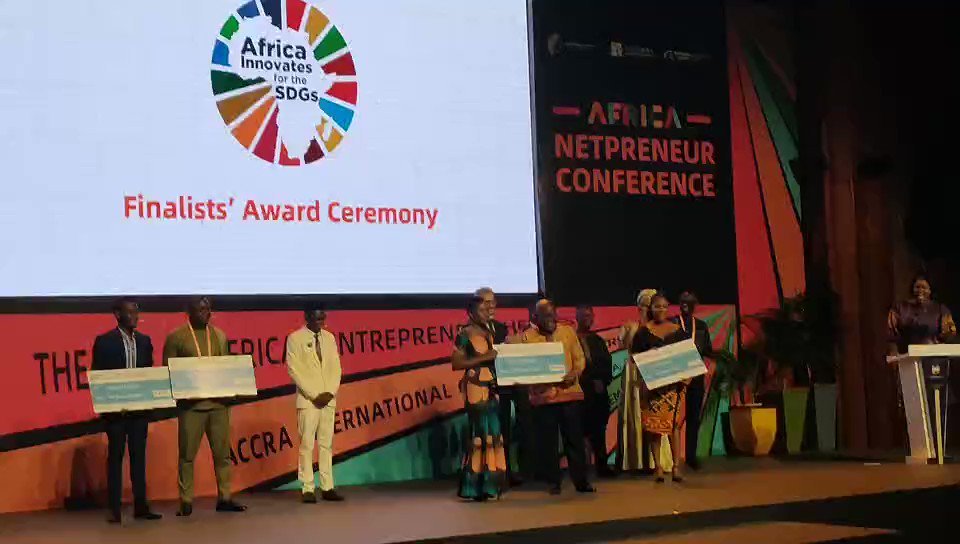 This quarter we are so excited to report our 17th award. This time it was through our CEO, Mrs Ruth Elineema Lukwaro, who went to Ghana and awarded by the President of Ghana for our significant contribution to Sustainable Development Goals (SDGs). The award is named: Africa Innovates for SDGs. The award is based on our contribution to solving our community challenges along with the globally agreed goals (SDGs). But our success came through your generous support. We are so grateful to you and all our partners who gave us a beautiful beginning of this interesting journey of Solar Lantern Initiative and we see a brighter future. Please kindly let us know if you would like to be involved in a certain way – eg. if you want to support us to enter another country or just continue to scale-up within Tanzania. You may even just support a school child get his/her solar lantern at a price of USD 10. You may also support a whole school of about 400 pupils at USD 4,000. We will send you the name of the child you supported or a school, location / GPS, photos, etc. Then you can drop-by / visit whenever you come to Africa or request your friends to visit us whenever they come to Africa.

We are always grateful for your RELENTLESS SUPPORT.

Testimonies from Ladies / women who got employed in Tanzania 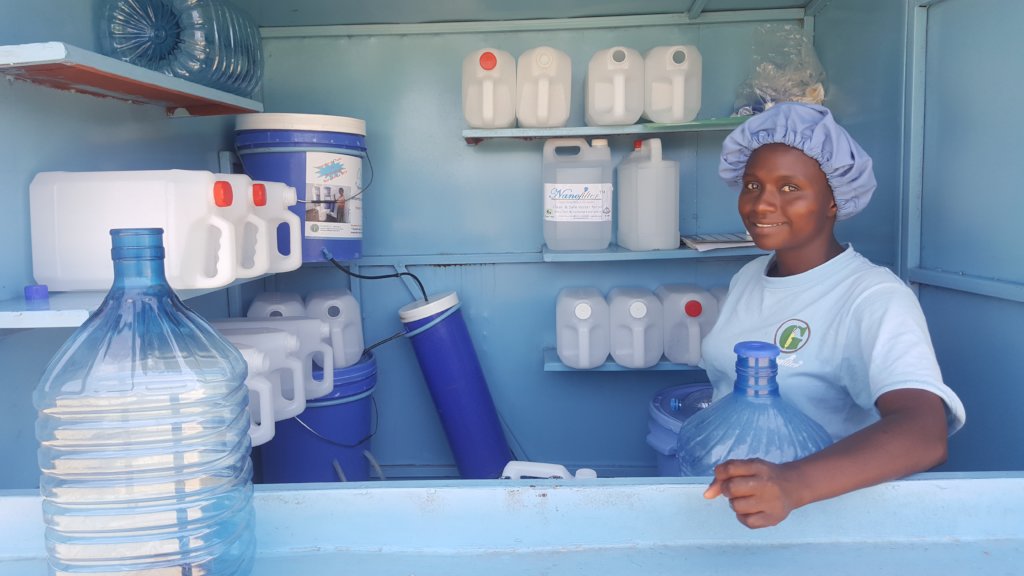 Ladies employed by in Tanzania

This quarter we don’t have much to report on solar lanterns but we got visited at our office in Tanzania by the GlobalGiving officials - they were impressed by our success stories. It is your time now (dear reader of this report) to visit us physically and get your own eye witness. KARIBU SANA!

We share the same office for all our three products – Nanofilter, Biogas, and Solar Lanterns.

Meanwhile, I hope you will be impressed by our report on the success stories of ladies who got employed by Nanofilter. These ladies also are engaged in selling solar lanterns at their Nanofilter Water Stations. The uploaded video (see below) shows the testimonies of those ladies on how Nanofilter is making IMPACT in their lives through reputable employment. Some of them even bough plots through the income they got from the Nanofilter business. THANKS to all individuals and partners who contributed to the success of this Nanofilter project that is creating employment for women, particularly young ladies. Their testimonies are inspiring. For more information please contact hilonga@gmail.com; www.gongalimodel.com

We are indebted to our “all the time” supporters through GlobalGiving. It has been a permanent relationship that is growing from time to time. 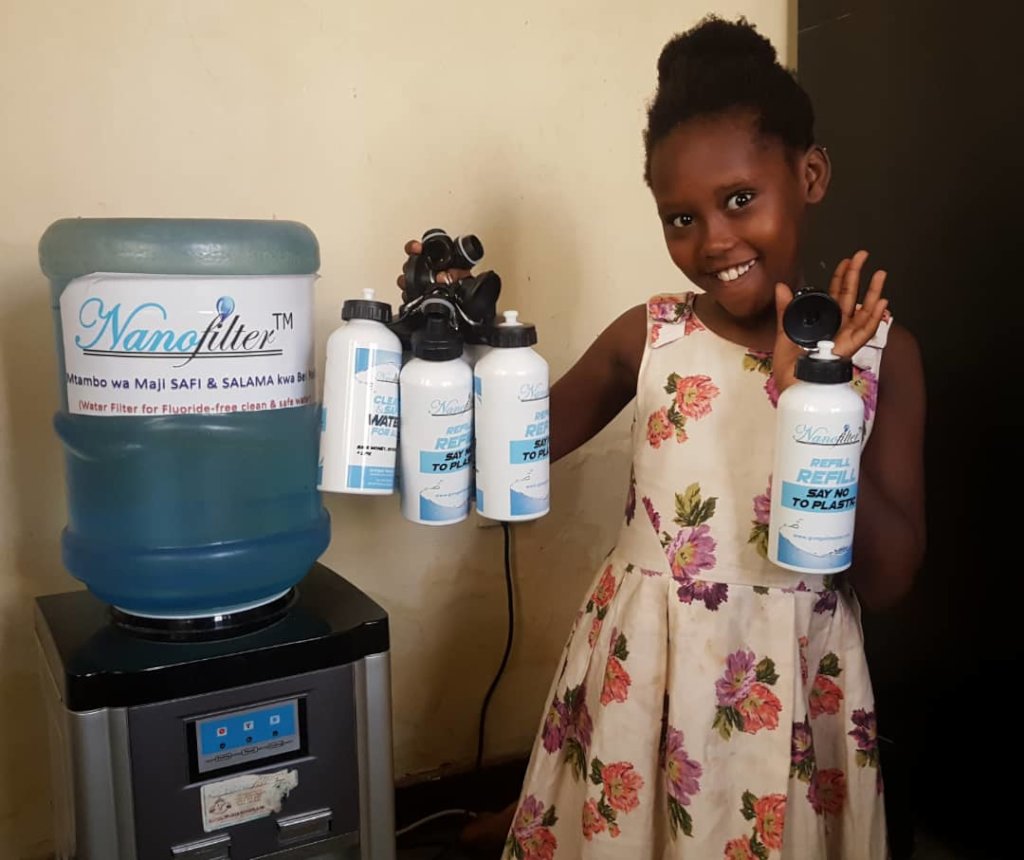 Children assisted in saying NO to plastic bottles

It was so AMAZING and very exciting to receive visitors from the GlobalGiving Headquarters in U.S.A. They conducted training to 30 partners and we had a join lunch. It was such a happy in historical day in our organization.

Moreover, it was a powerful quarter because of the dissemination event we conducted at The Nelson Mandela African Institution of Science and Technology in Arusha, Tanzania. The event was conducted on 28th April 2019 at the NM-AIST conference hall. It was attended by about 250 people as individuals from NM-AIST Community and Top Leadership and from various institutions (including the other project partners, Gongali Model and A-Z Textile Mills Ltd) and from the government (RMO/RHO Office, City Council, Water Department, etc). HDIF was represented by Eric and Joseph). The entertainment was made by 2 Choirs from Arusha. The event was covered by 2 TVs Star TV and ITV, many radios including Free Africa, Safina, Idea, Ngurumo, etc; and several other newspapers, such as Business Times, The Citizen, Mwananchi, etc. The guest was the Arusha Regional Commissioner represented by Mr. Allan Rushokana from the Arusha City Council. Gongali Model made an exhibition in 15 booths.  One booth was shared with A-Z Textile Mills Ltd.

Solar Lanterns were demonstrated very well, along with Nanofilter and Biogas. School children (beneficiaries of the Solar Lantern Project) assisted in promoting our motto of “say NO to use of plastic”. We promote REFILL business model (no use of plastic bottles as water containers).

THANKS for your relentless support for all these activities that are making impact to our community and ENVIRONMENT. 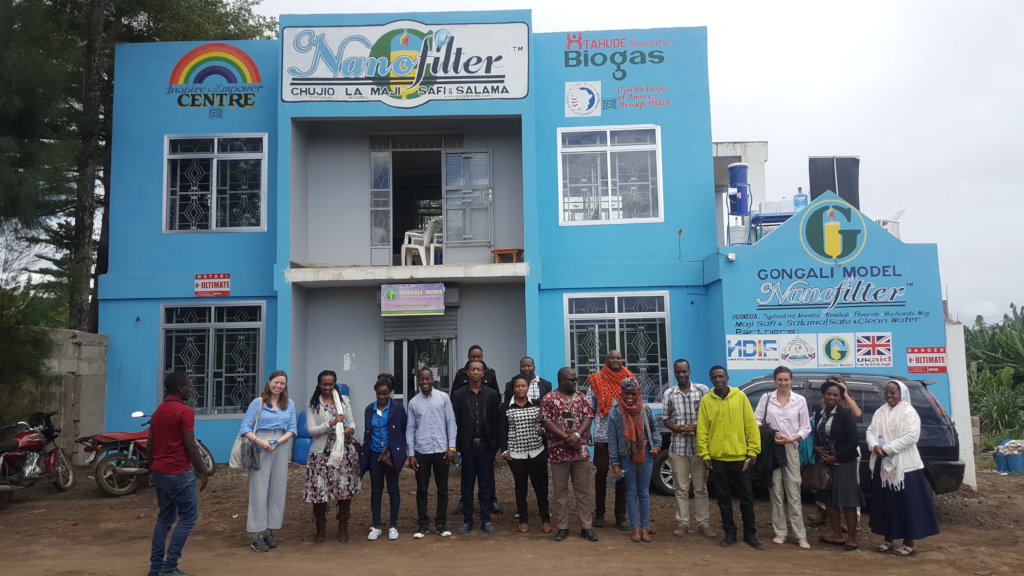 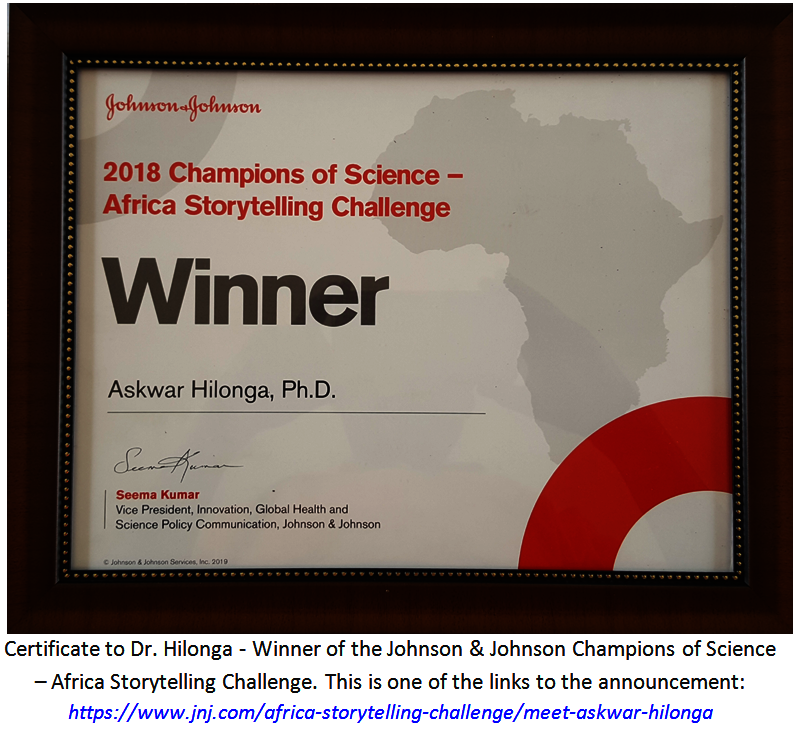 This quarter we have a breaking news about the award given to our Director, Dr. Hilonga. But first please share our excitement for the new partnership established for expanding our solar lantern project in collaboration with an organization called "Made With Hope" - a UK Charity. We were approached by Eleanor Riley who is the Founder of Made With Hope. To kick off our partnership, Made With Hope has purchased 50 Solar Lanterns that will be given to schools in Arusha, particularly CHETI Schools. With this kind of very generous organizations we will be able to reach more and more people in need of our service.

THANKS to all our supporters through GlobalGiving who sustain our activities and gave us credibility to be trusted and engage in further partnership with other reputable organizations.

LAST BUT NOT LEAST, we are so happy that our Director Dr. Hilonga has just received an award by Johnson & Johnson Company, U.S.A. It is called Champions of Science Africa Storytelling Challenge. The award included $5,000 and a 5 days trip to Washington DC, U.S to receive the award and attend the American Association for Advancement of Science (AAAS) meeting.

This is one of the links to the announcement of Hilonga's award:

The award received will boost the construction of the Inspire and Empower Enterprise Training Centre.

We are sure that this award will inspire many young people in African and around the world who are coming from challenging economic background: YOUR PAST DOES NOT DETERMINE YOUR FUTURE! 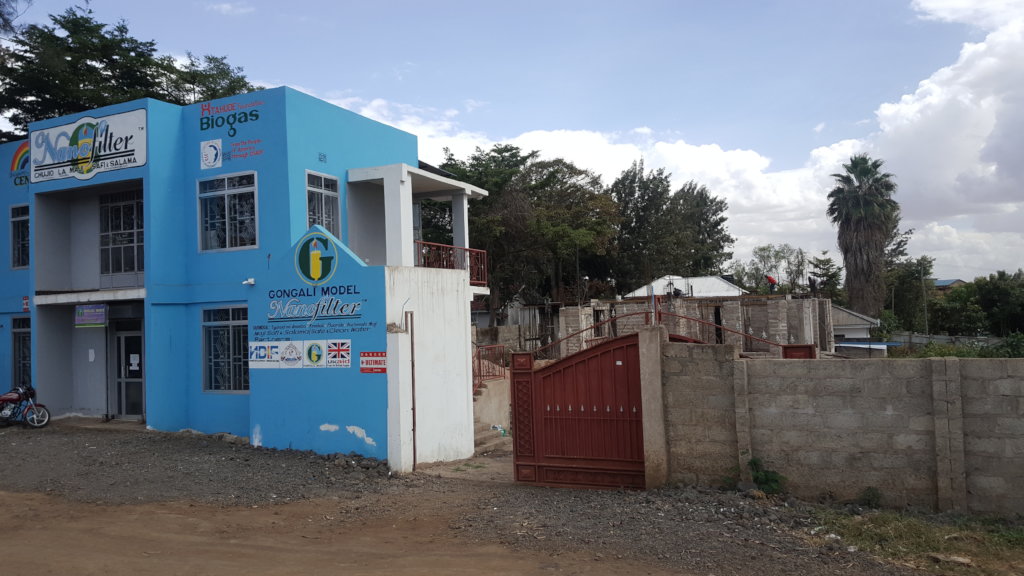 Inspire and Empower Centre - boost by the AWARD 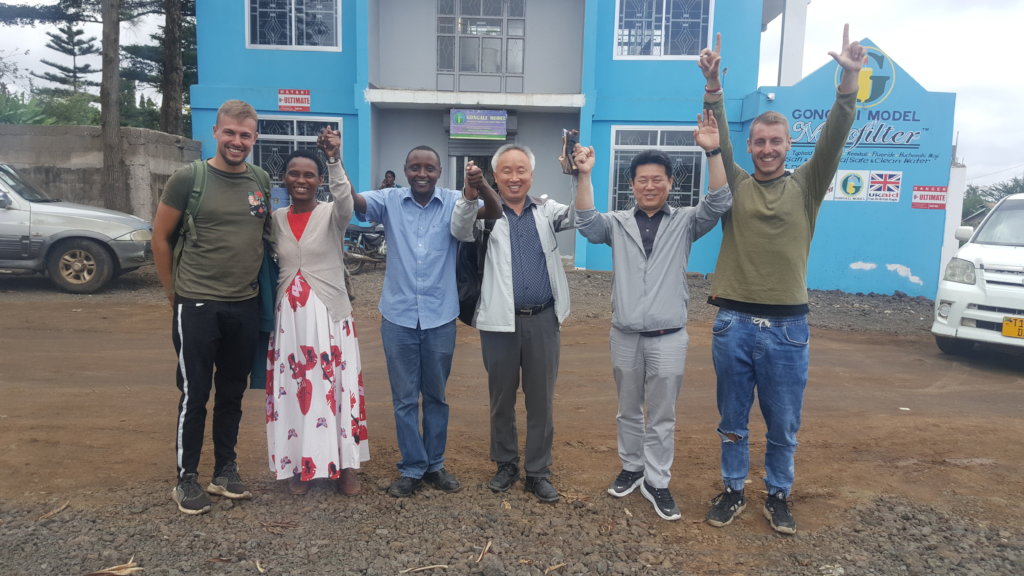 This is a breaking news to all who supported our growth since Dec 2010! At last we have moved to our own new office in Njiro Arusha Tanzania. The office has increased our reputation and visibility - it has attracted the attention of our beneficiaries and partners from all around the world. Within 2 months after moving to our new office, we already received a good number of visitors - including tourists who are visiting Tanzania. Most of the visitors (about 100) came from Germany, UK, USA, France, and South Korea. From their stories I learnt that most of the tourists wish to make an impact to the people in rural communities but they don't get a proper guidance or direct way to make impact. Our new office now serves as a coordination point for anyone who wishes to make impact to our community in a transparent and "value for money" approach. Please kindly feel free to contact me (hilonga@gmail.com; +255764574919 - also available on WhatsApp) if you are interested on how we can partner for bigger impact to people who need our service in rural Tanzania - people who cannot write to you directly, as you read from me now. I am determined to be a bridge between those people (who need our service) and you.

Our three main services are:

(ii). Cow-dung based BIOGAS, and

We also conduct inspiration and empowerment (business training) to young people in Tanzania. At your convenience, please kindly see how we can work together. Along with this report, please enjoy some few photos of our team of 65 young Tanzanians working with me (employees) and some visitors to our new office. 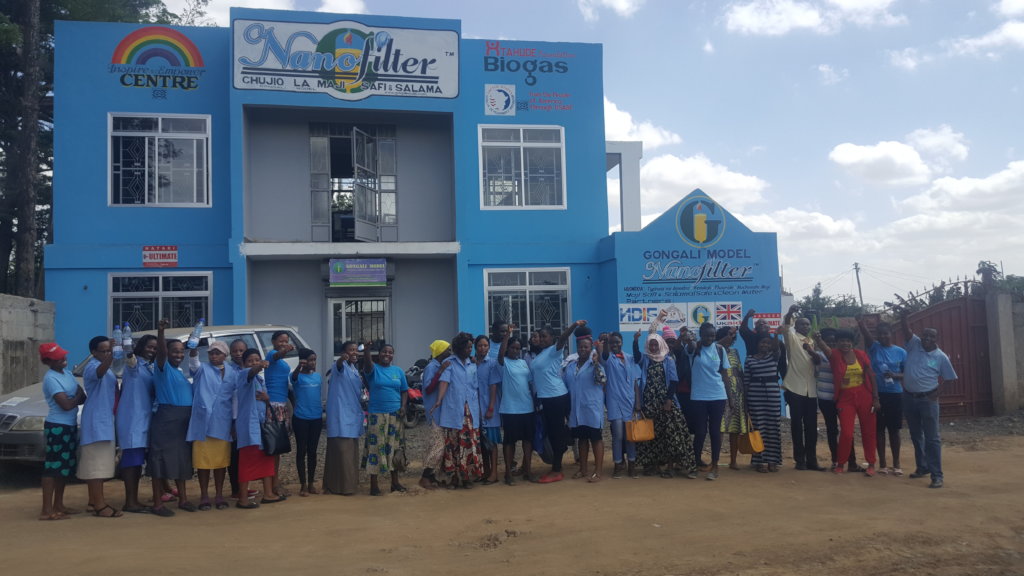 Donating through GlobalGiving is safe, secure, and easy with many payment options to choose from. View other ways to donate
TAHUDE Foundation has earned this recognition on GlobalGiving:

GlobalGiving
Guarantee
Donate https://www.globalgiving.org/dy/cart/view/gg.html?cmd=addItem&projid=15131&rf=microdata&frequency=ONCE&amount=25
Please Note
WARNING: Javascript is currently disabled or is not available in your browser. GlobalGiving makes extensive use of Javascript and will not function properly with Javascript disabled. Please enable Javascript and refresh this page.