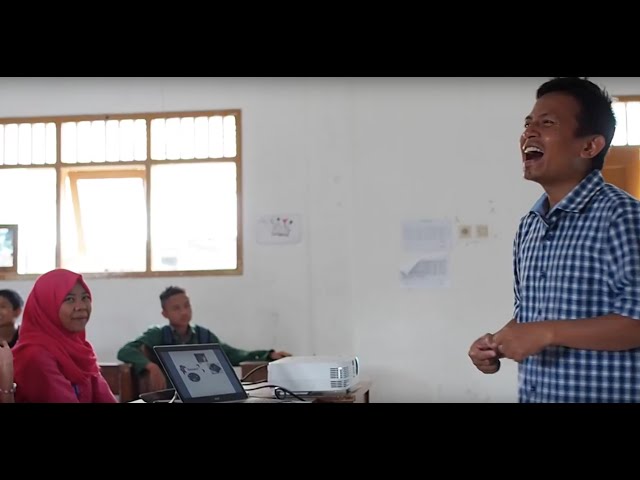 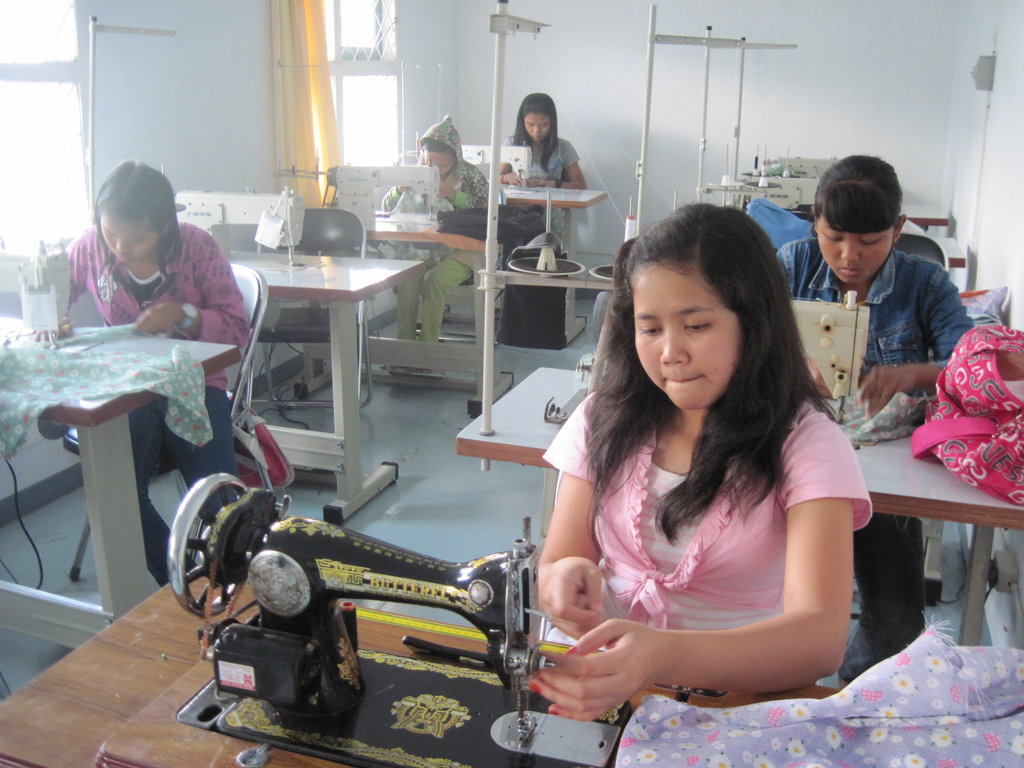 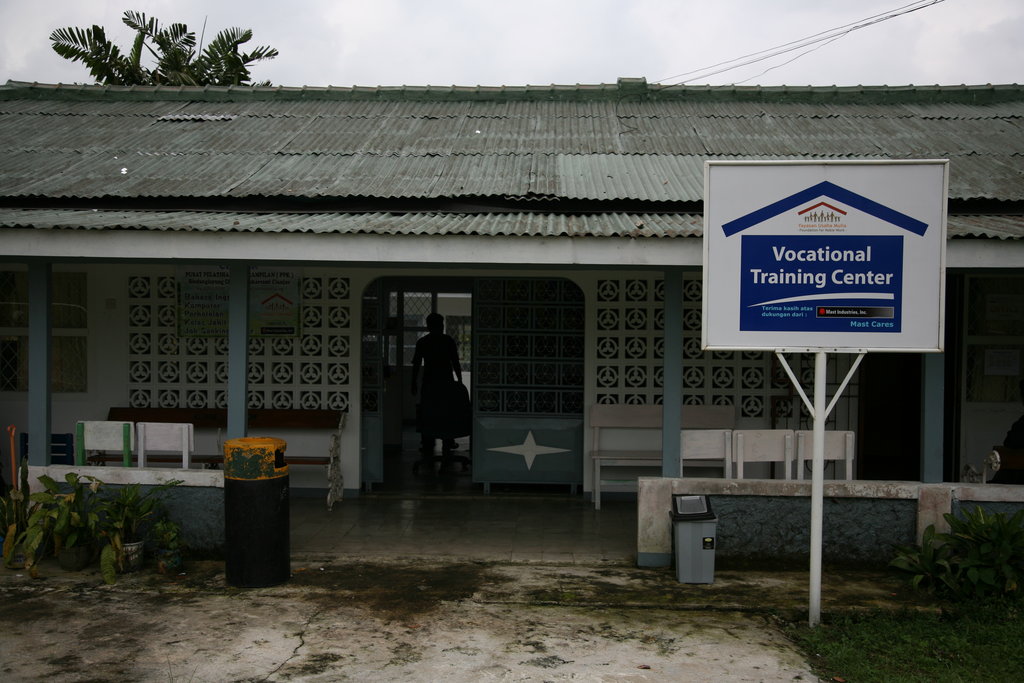 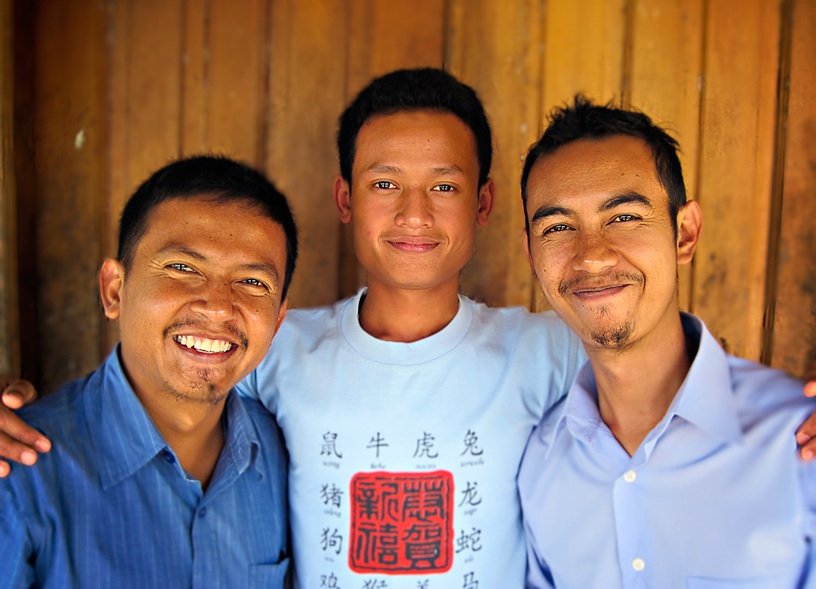 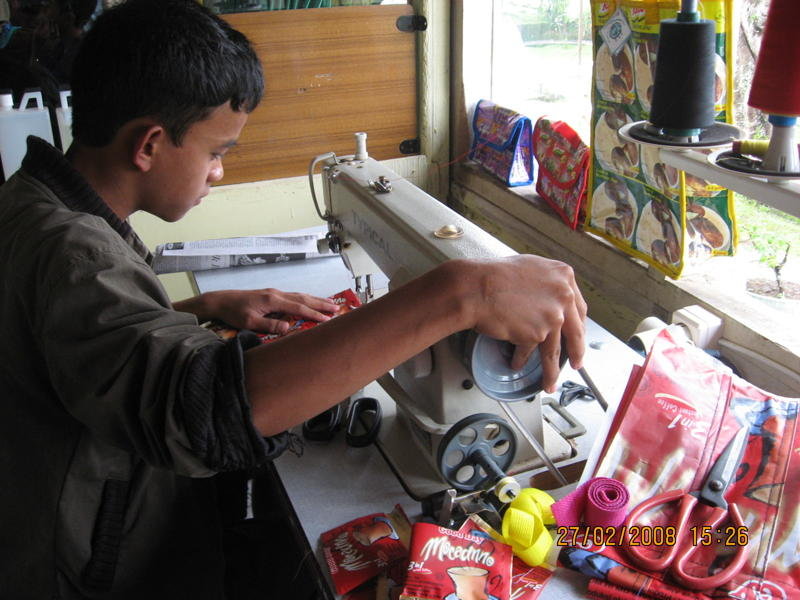 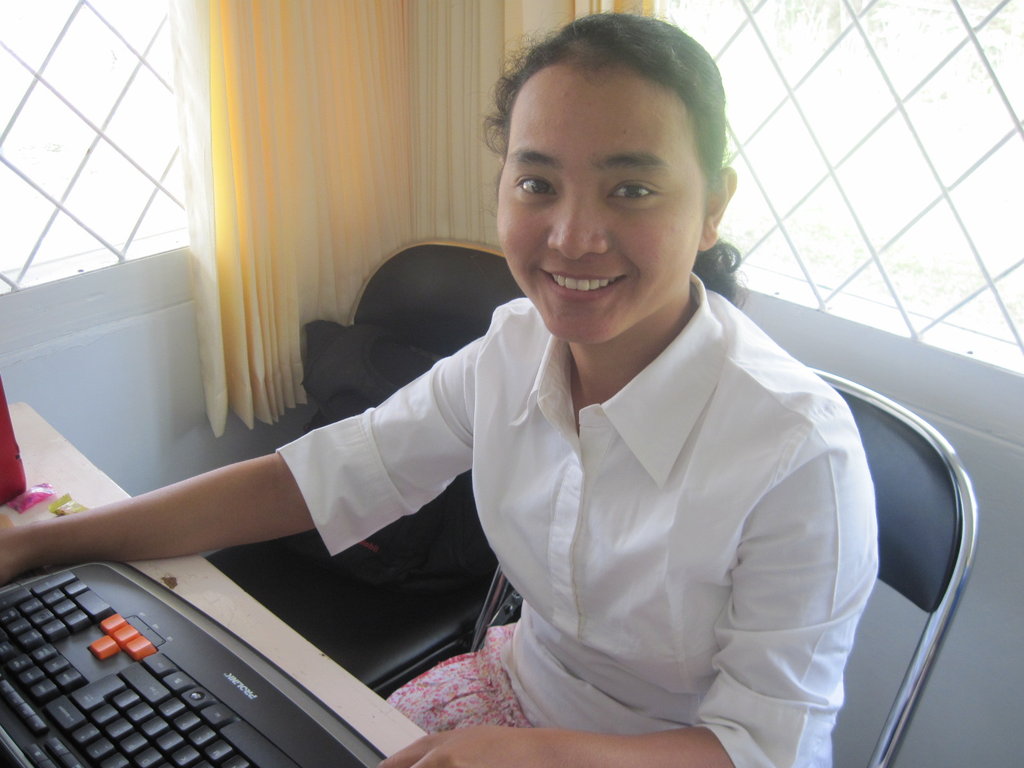 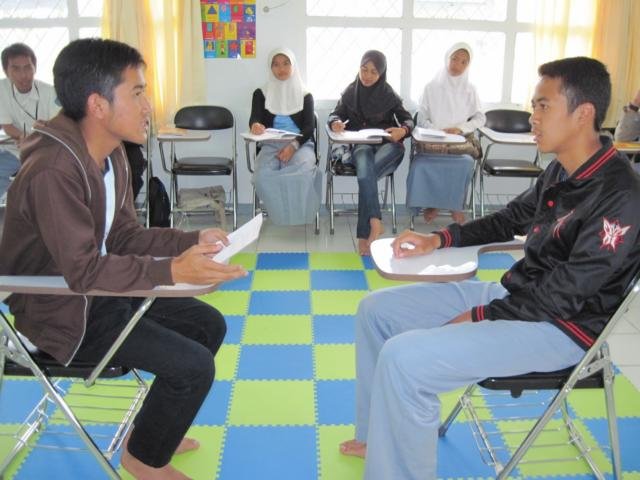 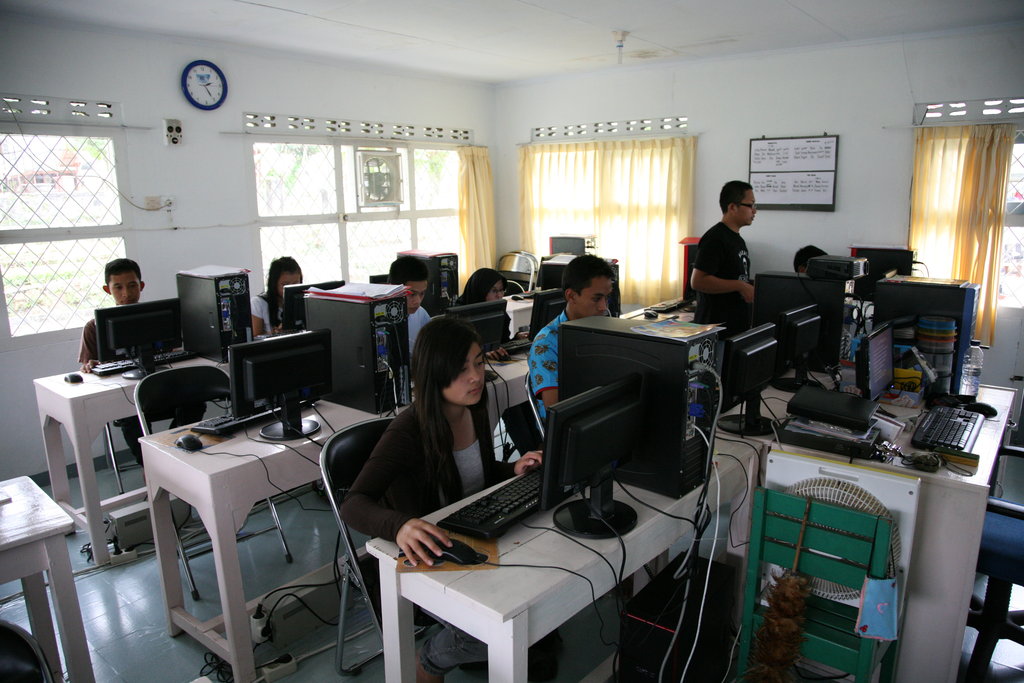 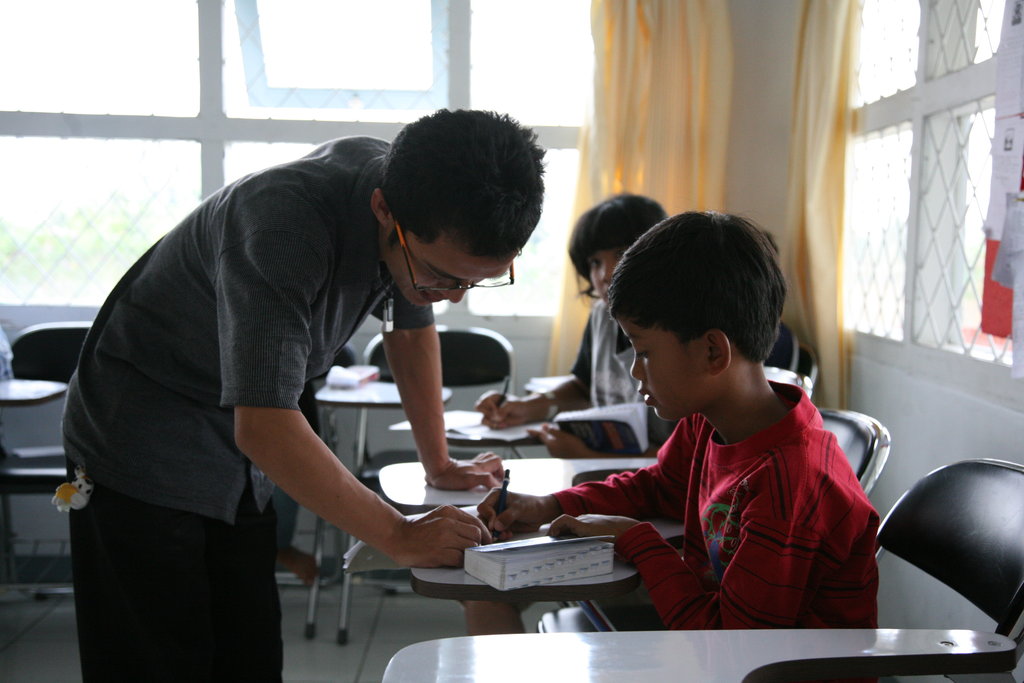 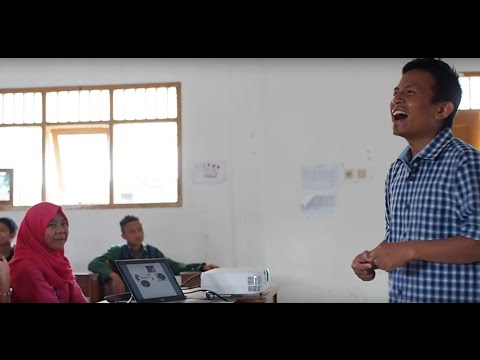 VTC in the Eyes of the Participants 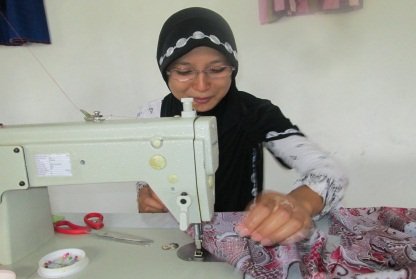 Through this report, we would like to give you - as a donor of VTC - some testimonials from the participants (not their real names) about the VTC, so you can get a further insight in the project you have helped. Hopefully you will enjoy the report and may you continue your support to the VTC. Thank you.

As a housewife with 2 children, Ami has been participating in the Sewing Class for the last 6 months in order to learn how to sew clothes and arts and crafts products. She wants to gain soft skills which may help her to find a job, as her husband is just a farmer with only Rp. 15.000,- or $ 1 income per day. In the beginning, she felt unconfident because she didn’t have any experience in sewing, but thanks to sewing tutors who are very patient, she is now able to make her children’s clothes by herself. She earns an additional income when YUM has a special order from a Jakarta costumer or by assisting the tutor in teaching sewing to junior students.

“I regret I didn’t follow the class earlier, sewing class is really helping me,” Ami said.

“After I graduated from Vocational School, I tried to apply for a job in some companies, but never succeeded. I remember when the Human Resources Department staff gave me the question: ‘What kind of skills do you have?’ I got confused because I didn’t have any skills. I just graduated from Vocational School and only had knowledge of Hospitality. After sharing with my friends who were accepted in the company, they informed me that they had taken additional classes at the VTC. For that reason I decided to follow the Computer Class and after I graduated from the VTC, I was accepted to work in one of the best hotels in Cipanas – the Palace Hotel. Thanks to VTC I was able to understand how important it is to have other soft skills since the graduation certificate from school is not enough to convince the company. Currently, with the income received from working at the hotel, I can help my parents who only work as construction laborers. Thank you VTC.”

“I felt that school and attending classes were boring activities and not interesting. However, since I joined the English Class and the Computer Class in VTC, I changed my mind. My motivation has improved because I realized that the competition in the job market is getting harder nowadays, especially if we don’t have any experiences or soft skills. I decided to take 2 training classes because most of the companies need employees who can speak English and have computer skills. That’s why I was eager to learn about the world of work and after joining the VTC and discussing with my friends and tutors, I finally got to know my passion. In VTC, we learn in a fun way. Currently, I work as a waiter in Palace Hotel, one of the best hotels in Cipanas and hopefully I can increase my skills and knowledge in Hospitality.” 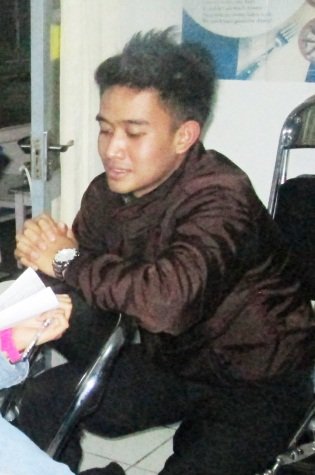 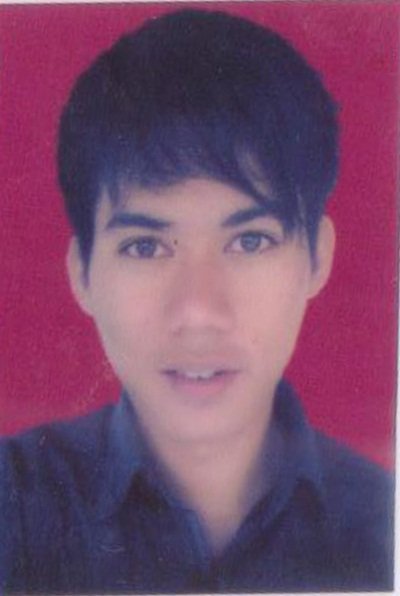 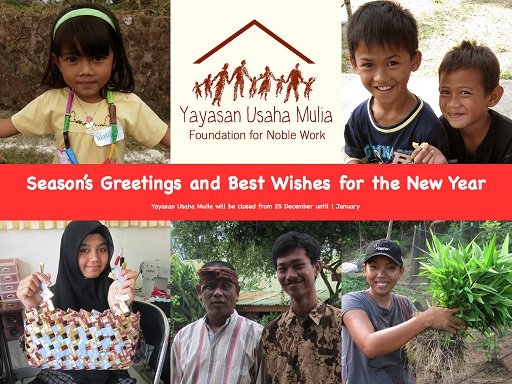 Thanks for your support & good luck for next year!

At this end of year 2013, the YUM Vocational Training Center (VTC) has just finished its fifth term by conducting theory and practical tests for all the students. Through 17 classes (which consists of 4 sewing classes, 6 English classes, 6 computer classes and 1 hospitality class), the number of graduating students reached up to 225 and were all entitled to receive the VTC certificate and get 100 % of their deposit refund.  We also recently conducted 3 Job Seeking Skills Workshop for 78 participants from VTC’s students and the community around us. In these workshops, they learned how to make an application letter and a curriculum vitae; techniques, tricks & tips to face a job interview; and also about the industry's perspective in employee recruitment. Those who came for the 3 sessions (around 49 participants) were entitled to receive the certificate. These skills are needed because most of the community around YUM Cipanas does not understand how to apply for a job due to a lack of information or lack of access to this information.

Two sewing workshops were also conducted: one about art and craft products presented by Ms. Diani, a trainer with House of Lawe from Yogyakarta for 10 participants; and the second about the skill of stitching and bag making process which was presented by Ms. Whitney Riley, owner of Stitched, Inc. from America for 6 participants. Hopefully through these workshops, we can help all the participants to learn more about making products that can be sold to increase their income and fulfill their family needs.

Good news also came from the Priscilla Hall Memorial Foundation (PHMF) – VTC’s main donor – who has agreed to add 5 new computers and upgrade the 4 existing computers for VTC. New computers and equipment such as chairs, tables were purchased to complete these facilities. Luckily, we have 2 internship students from a Technical Vocational School in Cipanas and Pak Deden, our Computer Tutor, who helped our VTC Administrator - Andi - to install the computers for the new term in January 2014. Thanks to the new computers, for the next term, we will be able to accommodate 20 students in each class compared to 15 students during previous terms since the Computer class is the most favorite class in VTC due to computers being a very necessary skill nowadays.

We also had the pleasure of welcoming Mr. Don Hall from PHMF who came with Mr. Mike Hilliard from Mama Sayang on Friday, December 20th, 2013 to see YUM Cipanas, VTC’s facilities, the new computers and to discuss the VTC’s improvements. Mr. Hall helped to give the certificates to the VTC students and met some students, administrator and teachers during his visit. It is thanks to PHMF that the VTC is able to run very smoothly for the last 2 years and hopefully, we will continue our cooperation next year to help more disadvantaged youths and communities around YUM Cipanas.

Also, many thanks to all of YUM VTC’s supporters, donors, visitors, friends, partners and many more that helped YUM VTC Cipanas in 2013. These achievements cannot be reached without your help. We promise to always try our best to help disadvantaged youths and communities around us to gain more skills, not only to help them find a job but also to increase their quality of life through education. 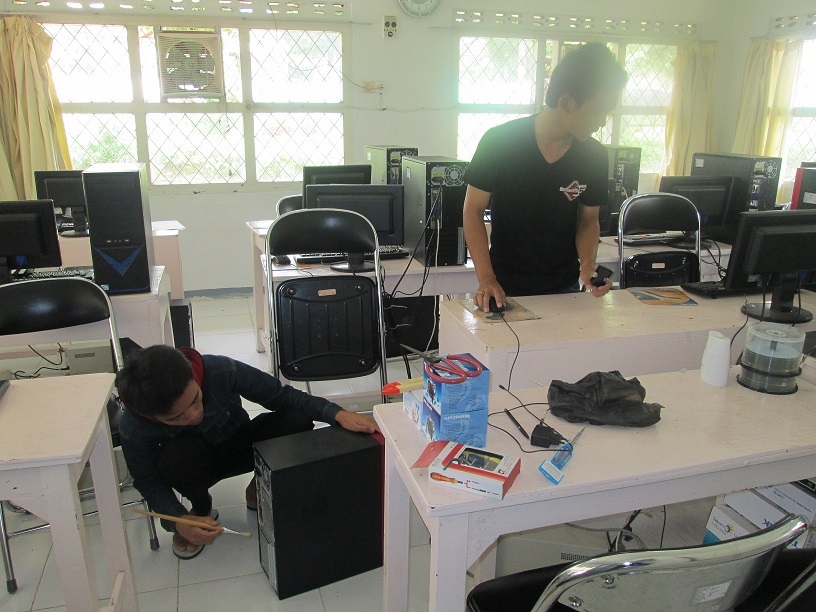 Setting up the new computers 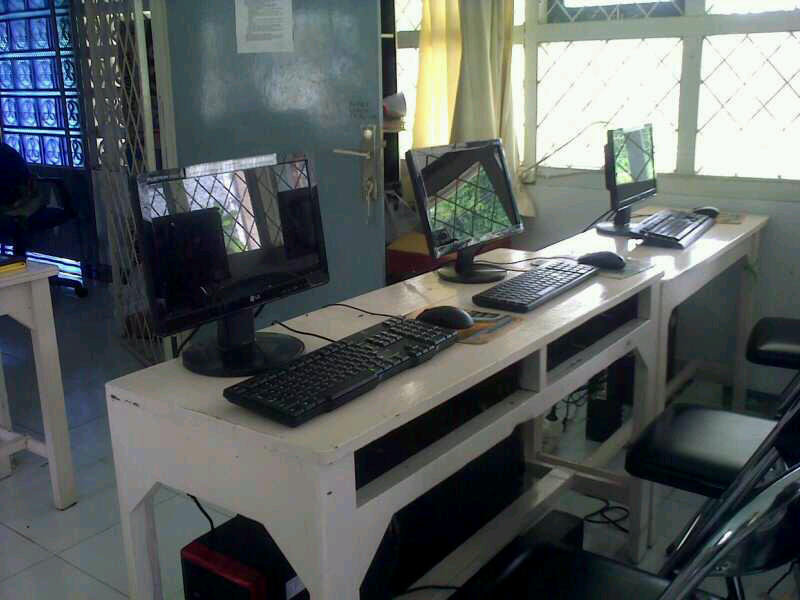 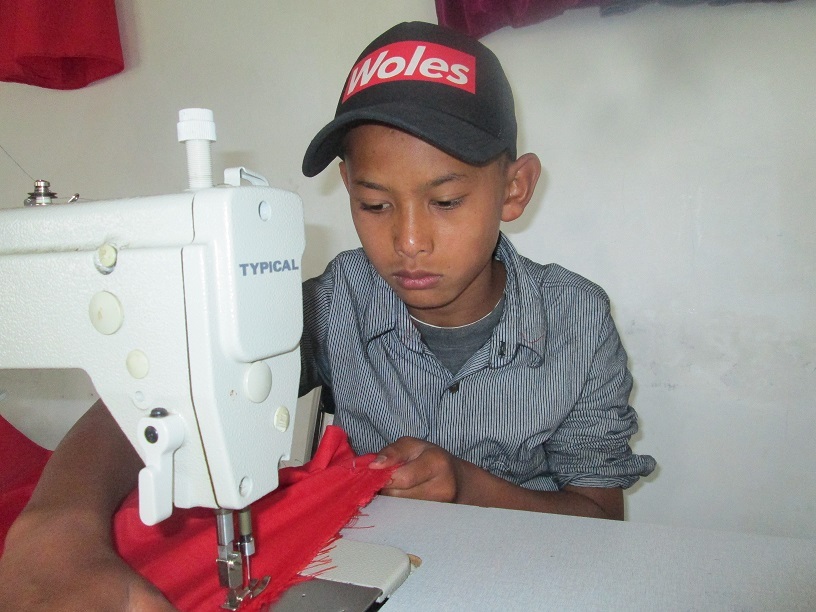 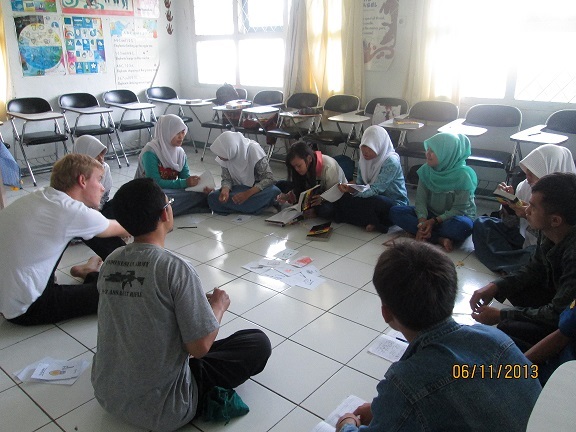 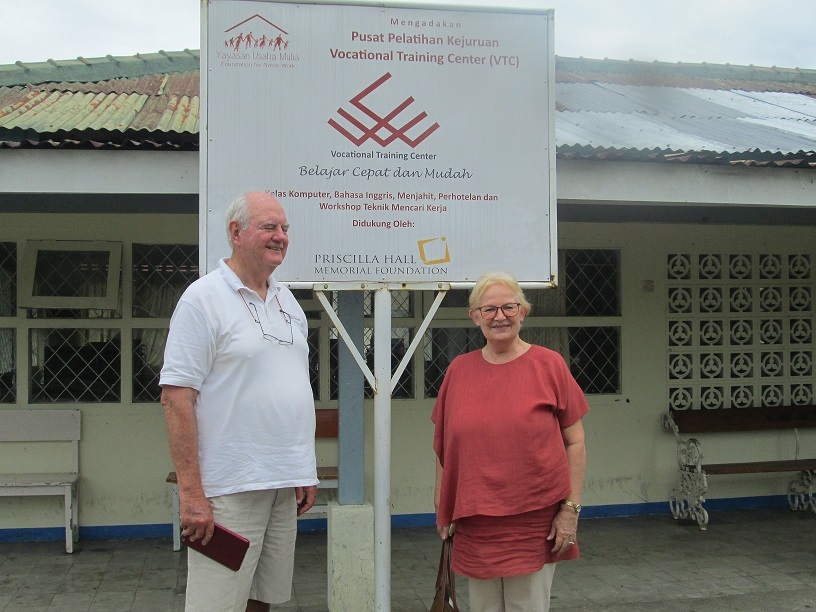 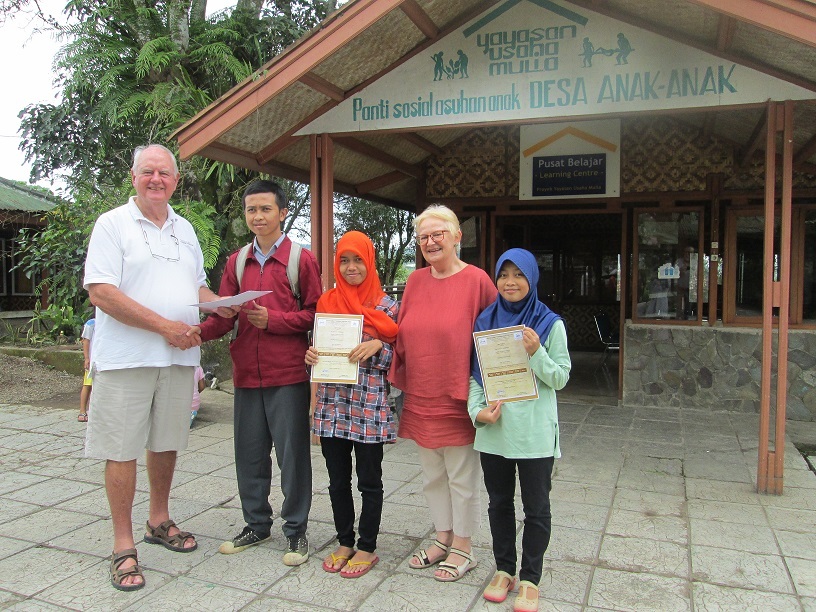 Mr. Hall gave the certificate to some students

A growing interest for the VTC classes 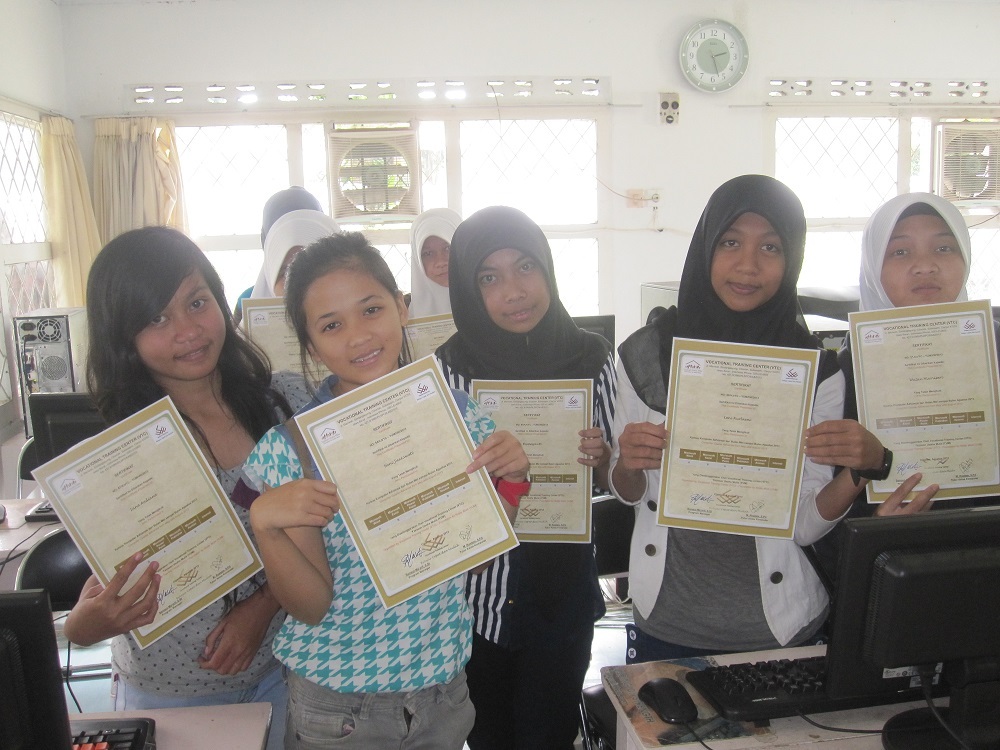