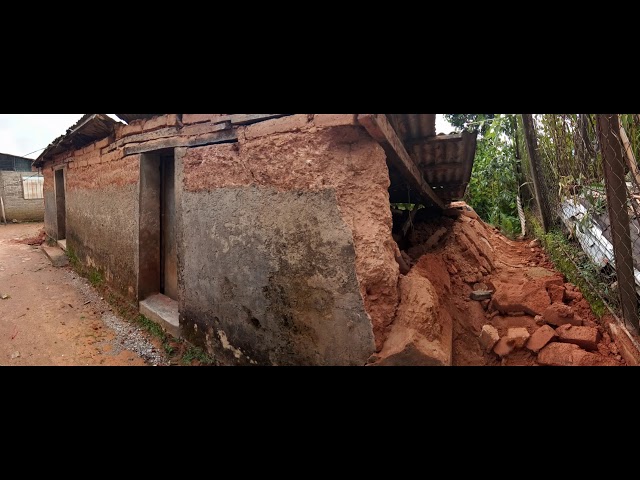 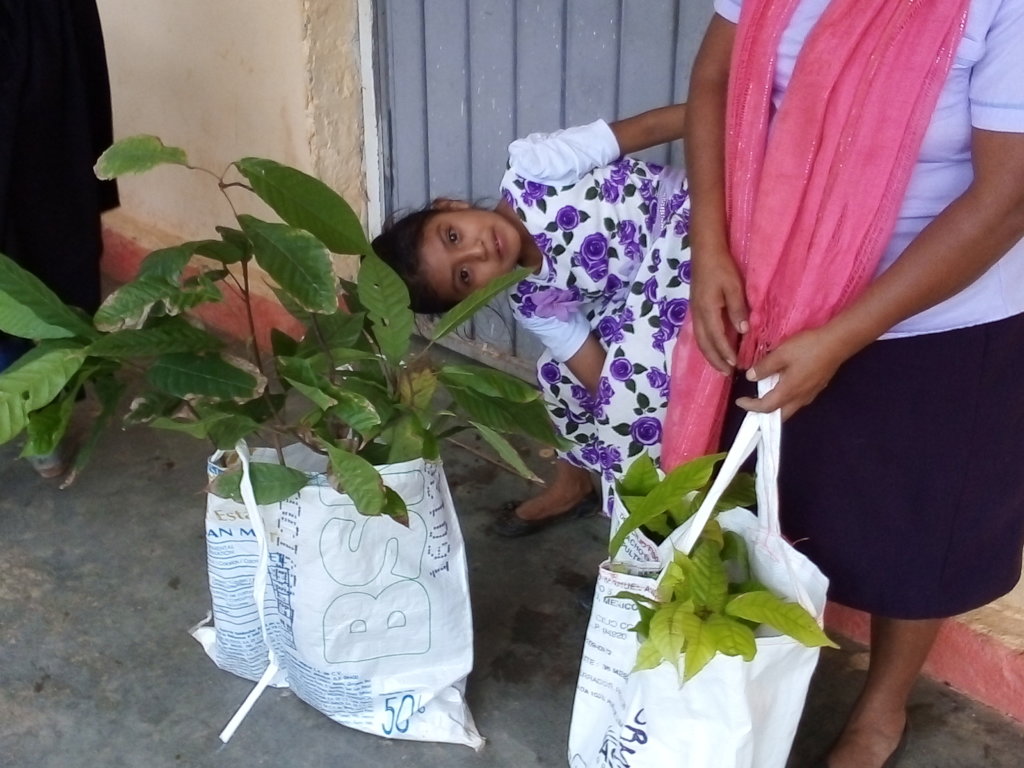 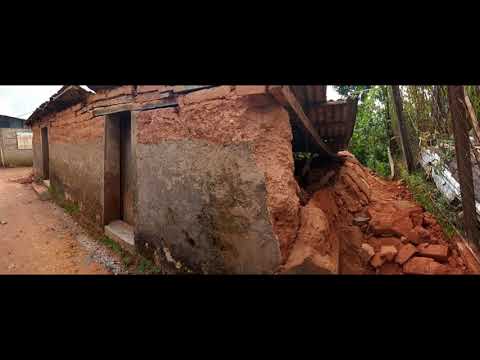 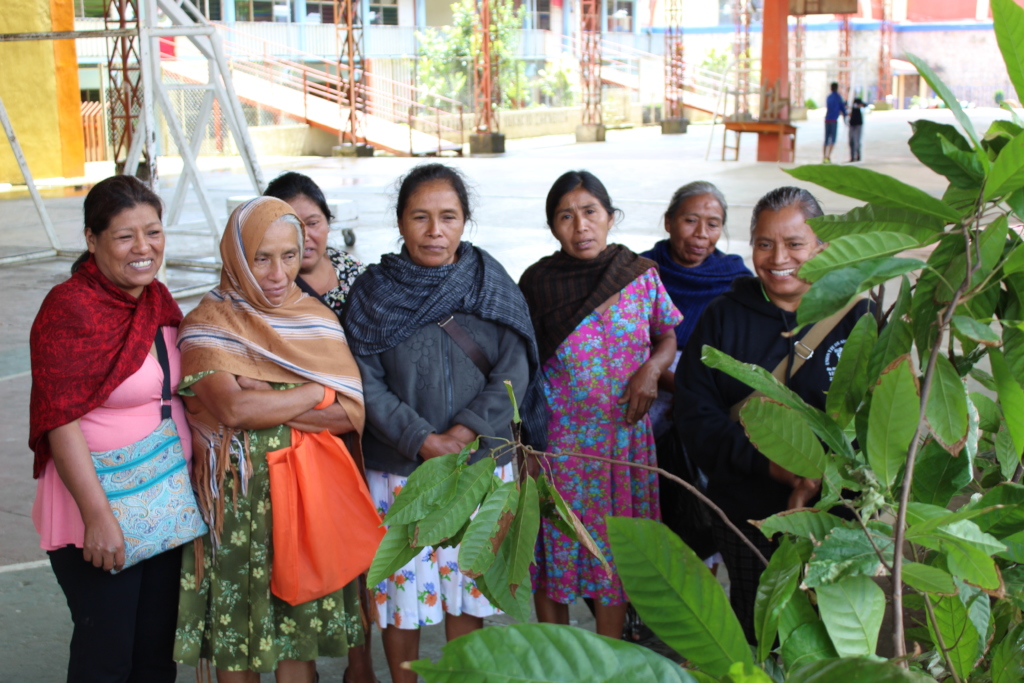 The first action we took after the earthquake was to give priority to identifying the damage caused to homes, public buildings such as schools and health centers, as well as services such as drinking water, electricity, communications, to manage with the government the restoration of these services and through solidarity among countrymen to be able to support those families whose homes were most affected.
We also took on the task of meeting with municipal and agrarian authorities, as well as elderly people and with the support of Promotora de Servicios para el Desarrollo S.C. (PRODER) we have been working on identifying a map of risks in the community's territory, a historical account of natural phenomena that have affected community and family life, a calendar of the seasons in which they occur and we train ourselves to identify those natural phenomena that most seriously affect life such as landslides and hurricanes, as well as those human activities that contribute to aggravate the impacts of these phenomena, among which the cultivation of nomadic milpa with the slashing method stands out. , grave and burning and solidarity among countrymen as the main tool to face the effects caused by earthquakes and hurricanes.
In a community assembly and with information from the Disaster Prevention Fund and the Disaster Assistance Fund, the decision was made to create the Municipal Civil Protection Directorate where we elected a female partner with whom we had the opportunity to develop the Municipal Protection Plan Civil. All of the above with a first support from GlobalGiving and PRODER.
With a second support from GlobalGiving and the advisory and training actions of PRODER, we are now working on the economic and food recovery of our community, for this we have been trained in the management and conservation of soil and water to have permanent plots for the cultivation of milpa intercropping perennial crops such as blackberry, in the preparation of compost, in the management of nurseries, in the intercropping of cocoa in coffee plantations and the control of pests and diseases of the crops.
The milpa is the combined cultivation of corn plants, beans, squash, chepiles, quelites and other edible and medicinal plants in the same plot and is the main basis of the diet of our families, the preparation of the plots for the cultivation of milpa It is carried out by the slash-and-burn method.
In a traditional way, a plot is enabled by cutting the trees and weeds, letting them dry and then burning so that the land is clean for cultivation for about 2 to 3 years and later opening a new plot, which contributes to deforestation, with what we see that soils are eroding and degrading due to the effect of the wind and rain, being also exposed to effects by natural phenomena such as earthquakes and hurricanes, among others.
Now in the plots we are building ditches in level curves to infiltrate the rainwater, trenches of harvest waste and branches to conserve humidity and individual terrace for the sowing of blackberry seedlings and fruit trees, in these plots we propose intercrop the cornfield crop.
Another activity that we carry out here in Zacatepec, MIxe is the cultivation of coffee to obtain economic income, however the prolonged droughts and the lack of good practices have affected the cultivation with pests such as rust or they are old plantations and if we add the conditions to this of the conventional coffee market, as it hardly works anymore.
For this reason, we are now working on the renewal of coffee plantations and in an intercropped way we are planting cocoa seedlings that were bought in nurseries and that in 3 years will be starting the production of pods to process them and make chocolate.
A nursery was also built to plant cocoa and expand the plantations interspersed with coffee, we have been learning all this and working with the technical support of Promotora de Servicios para el Desarrollo, as well as in the cornfield cultivation plots with plants of blackberry, fruit trees and cocoa interspersed and with soil and water management and conservation methods.
Finally, two houses were enabled to later serve in the processing of cocoa into chocolate and blackberries into jams to try to give them added value.
We believe that the actions carried out strengthen our capacities for food sovereignty and improve our economy, especially in the context of the COVID 19 pandemic, where we have to strengthen actions for local consumption and generation of family income.

Finally, we would like to thank the support of GlobalGiving and PRODER in order to advance in strengthening our resilience capacities and community solidarity as a means to face future phenomena that affect community and family life. 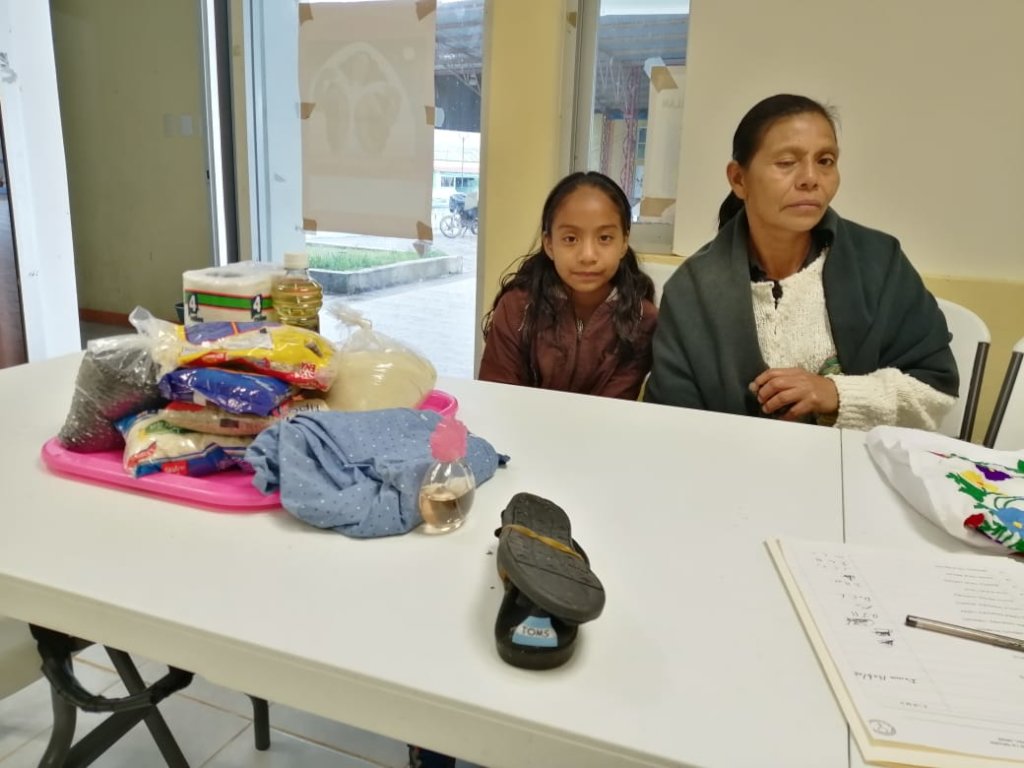 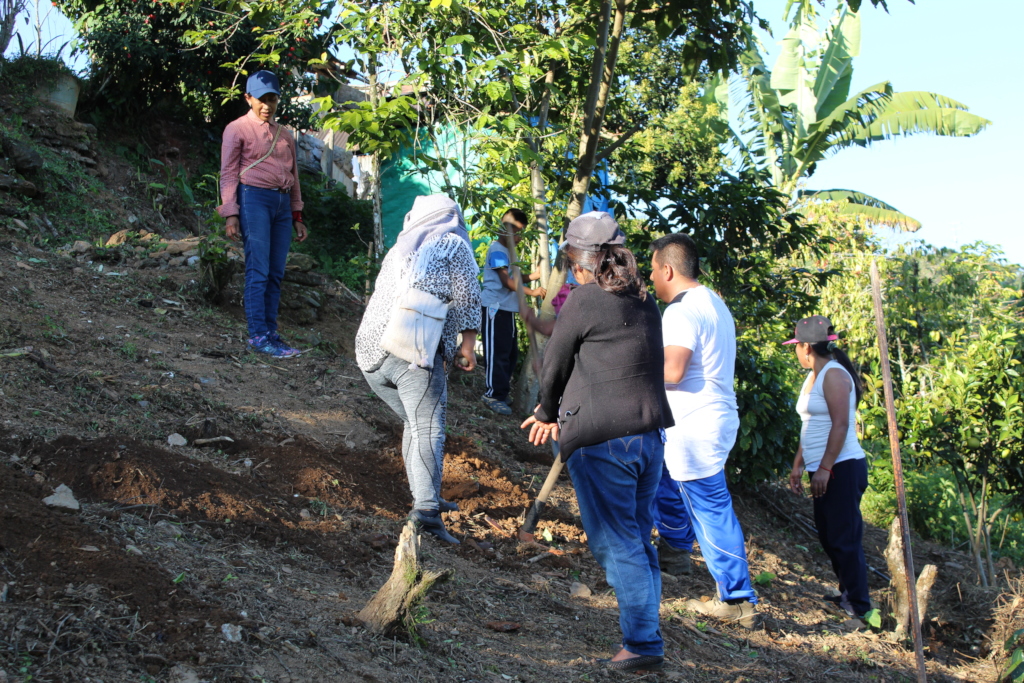 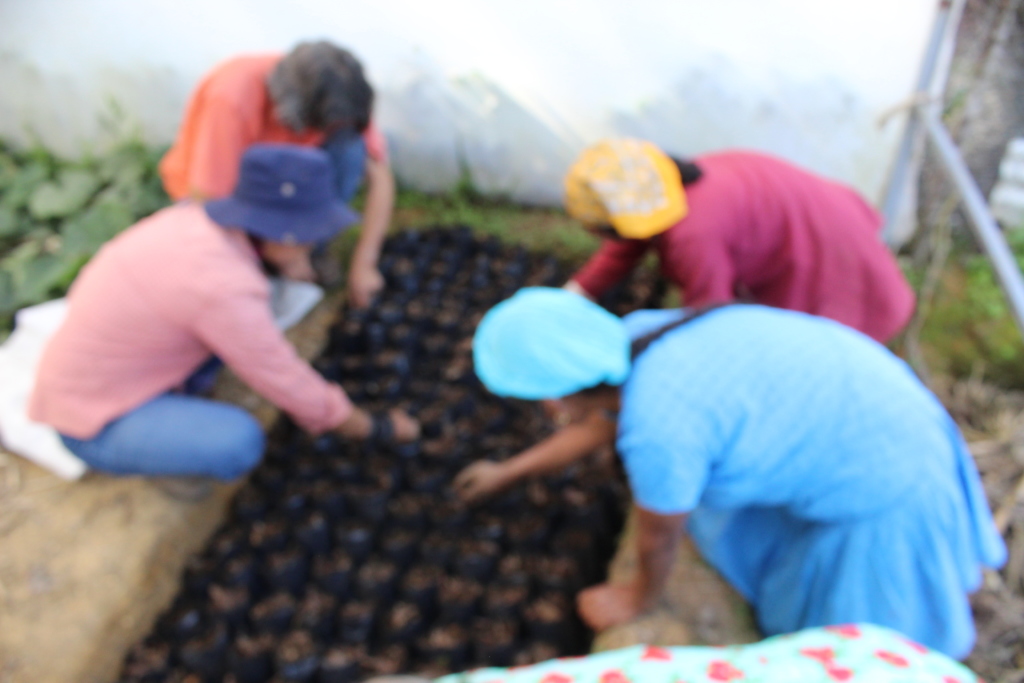 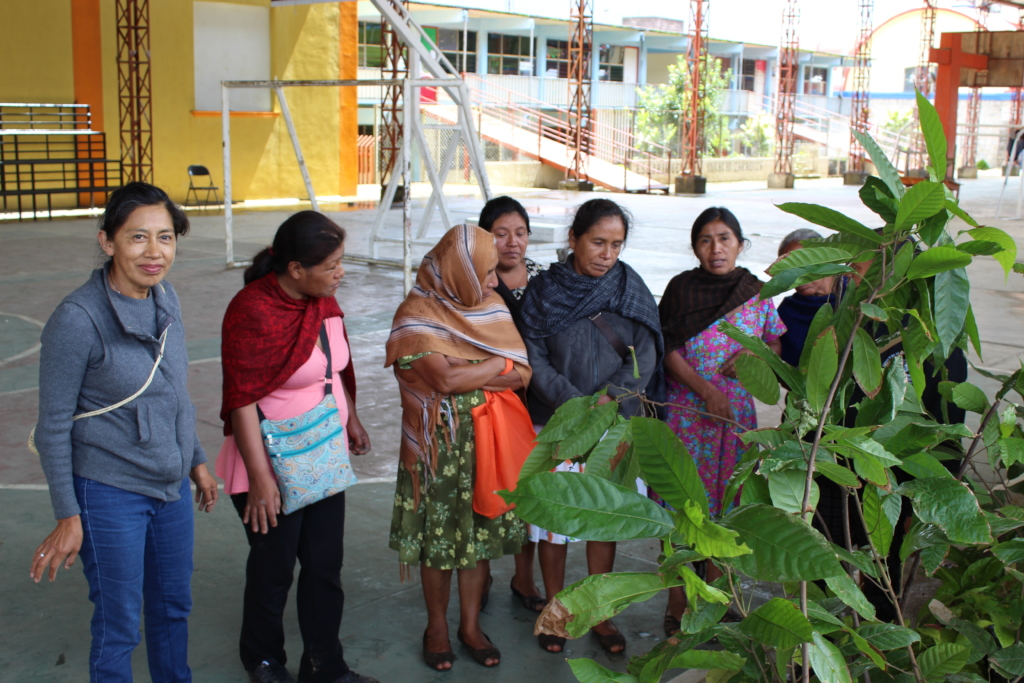 The project supported by GlobalGiving has allowed us today to have a municipal civil protection program and to strengthen our resilience capacities in order to better face future phenomena that affect life.

Today we are also working to recover local food production and improve our economy and developing soil, water and natural resource management practices.

In local food production we are working to have stable and diversified plots for the cultivation of corn and beans, to which we have added the cultivation of blackberry in order to obtain economic income and food for self-consumption. In these plots we are working on the remodeling of soils and water management through the construction of trench trenches, bowls and terraces on contour lines designed using the "A" device.

In the coffee growing areas we are diversifying the production of the aromatic by planting cocoa plants interspersed and thus being able to go as far as making chocolate in order to diversify economic income.

At this stage of COVID 19, we are receiving support to take care of our health through information, keeping a healthy distance and increasing sanitary measures such as hand washing. As a measure of solidarity with the poorest women in the community, we have launched a donation campaign with countrymen in Oaxaca, Mexico City, and the United States to support them with pantries, as we are in a season where food grown for family consumption has run out for these families.

The fact that our communities are in a rural area has allowed us a certain isolation with which we have been able to maintain ourselves without COVID19 contagion. 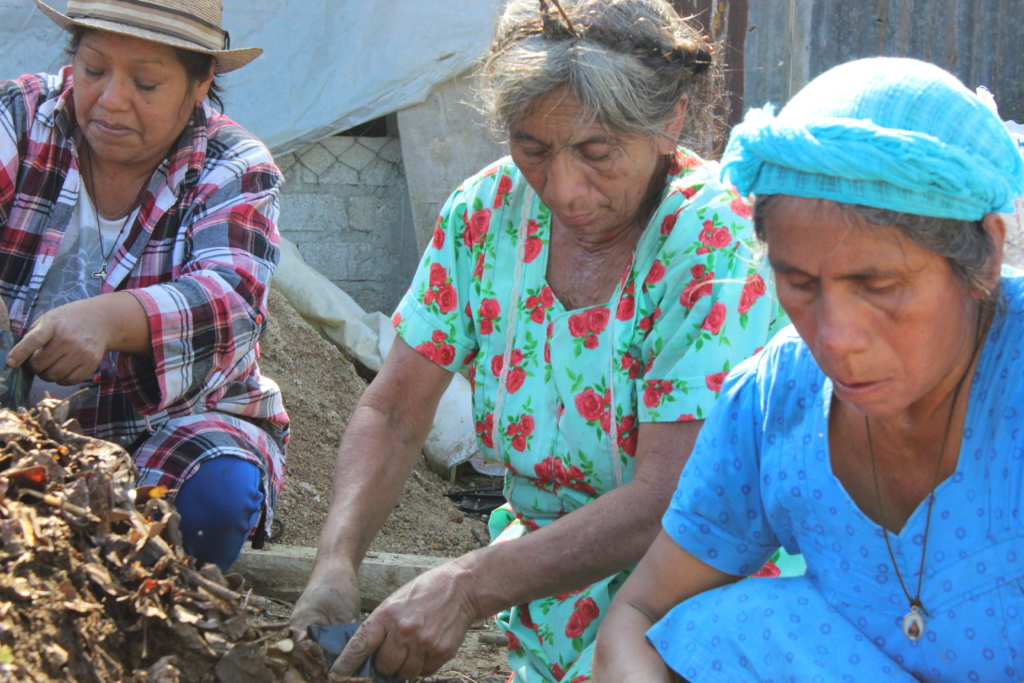 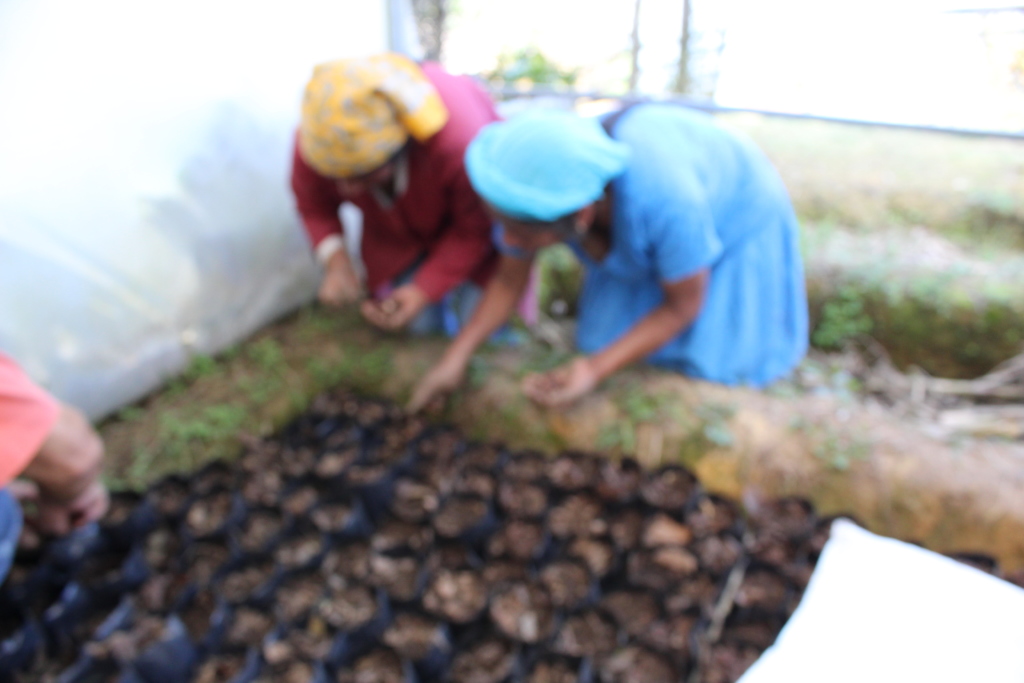 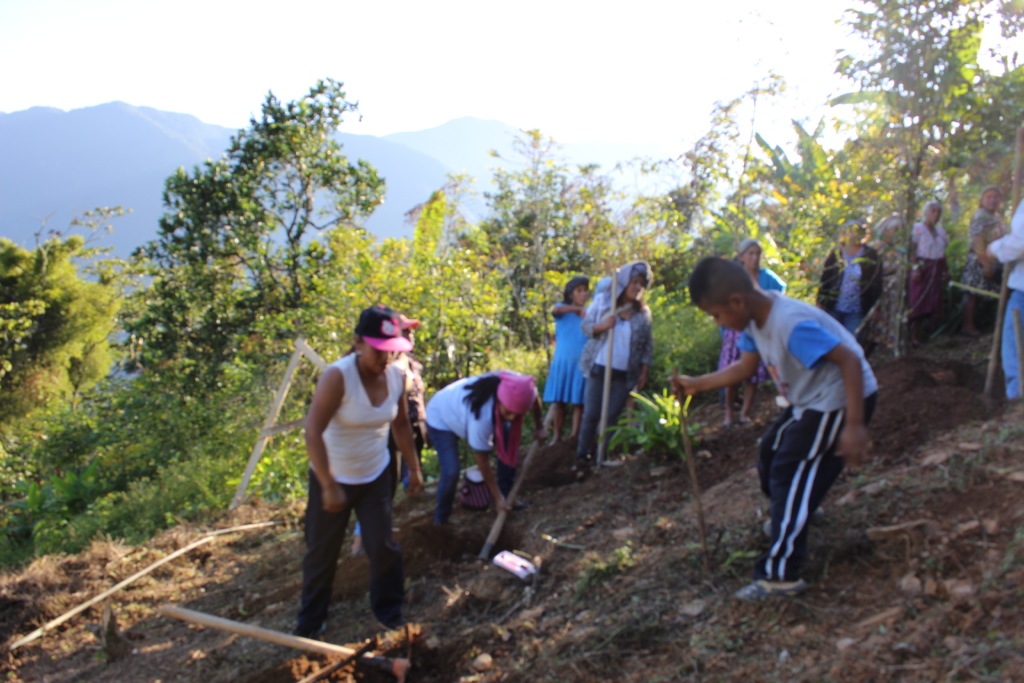 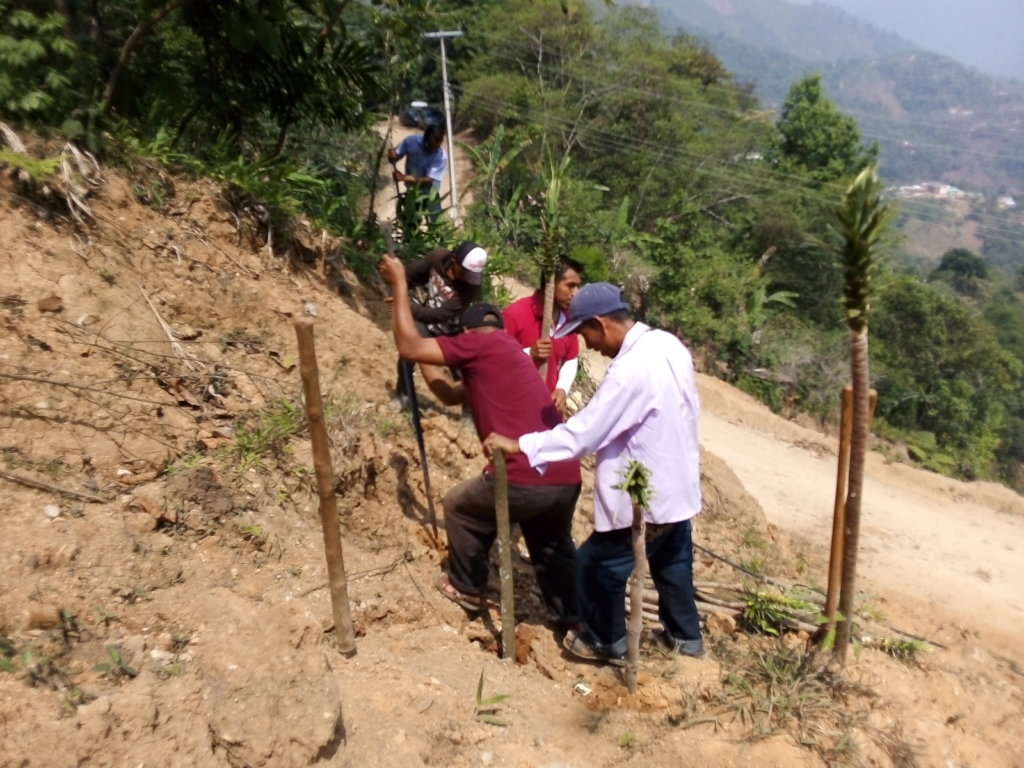 We are happy because with the project we have been able to take important steps to strengthen our capacities to face future natural phenomena that may occur in our community.

First we begin by developing a risk map, as well as identifying the main natural phenomena that have affected life in the community since we have knowledge and with the support of grandmothers and grandparents, we also work a calendar to identify in which seasons they occur more frequent and how they affect our lives.

Subsequently, we saw the need to raise in the community assembly the urgency of appointing a municipal civil protection direction in order to manage with the state and federal government support to conduct geological studies of our territory to try to prevent affectations such as landslides hillsides, like the one that happened in 2018 with heavy rains, a year after the strong earthquake that affected many communities like ours.

With the appointment of the civil protection department at the municipal level, we are working on the development of a civil protection program to manage resources for risk prevention and that we are pleased to share with you today.

In addition to these advances where we have the Civil Protection Program to prevent disasters, soil conservation practices were carried out to prevent landslides. 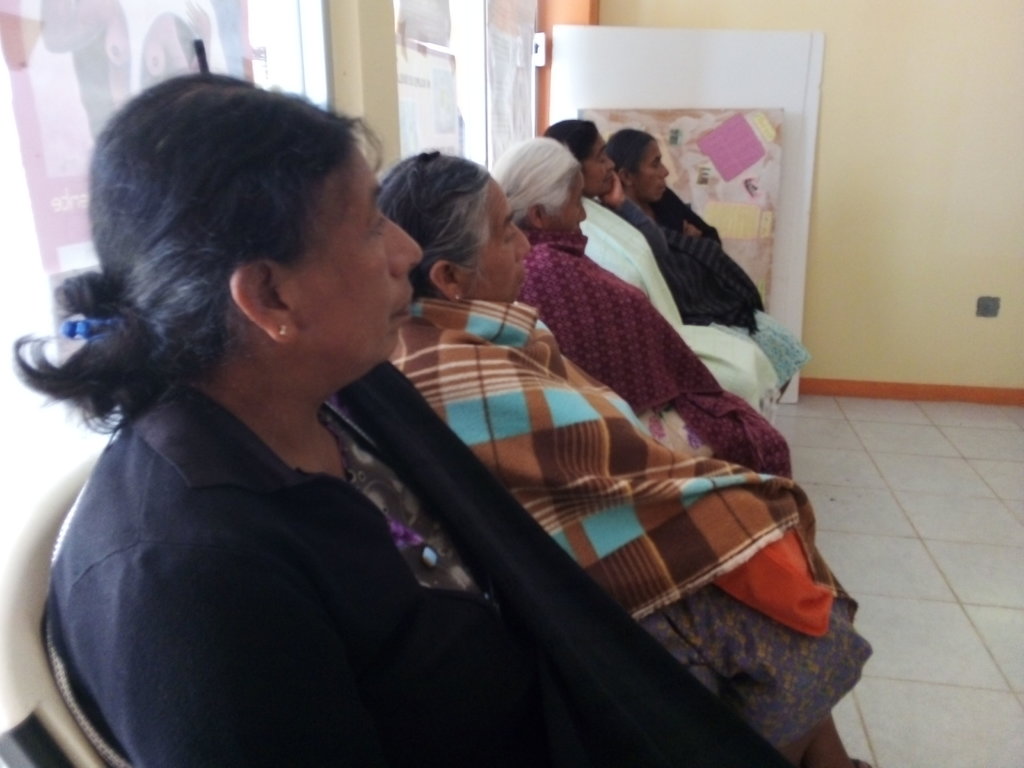 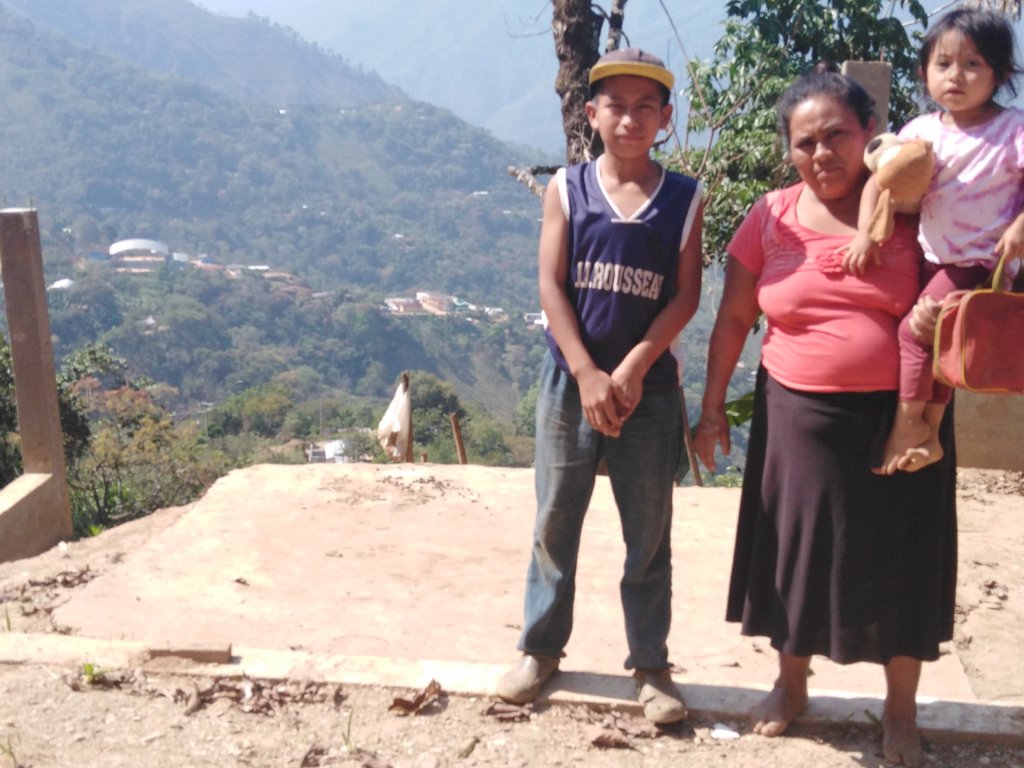 Now we feel more secure, because we achieve that in the municipality the Civil Protection Department will be appointed and that the position is held in the companion Mariela.
With it we have been working the Municipal Civil Protection Program.
We have taken a very important step for future phenomena that arise, but we have to raise awareness among all citizens to improve our way of life and not put ourselves at risk.
In the Civil Protection program we must raise the need for geology studies to be carried out that allow us to identify risk areas and thus be able to guide citizens and citizens the safest places to make housing in the future. 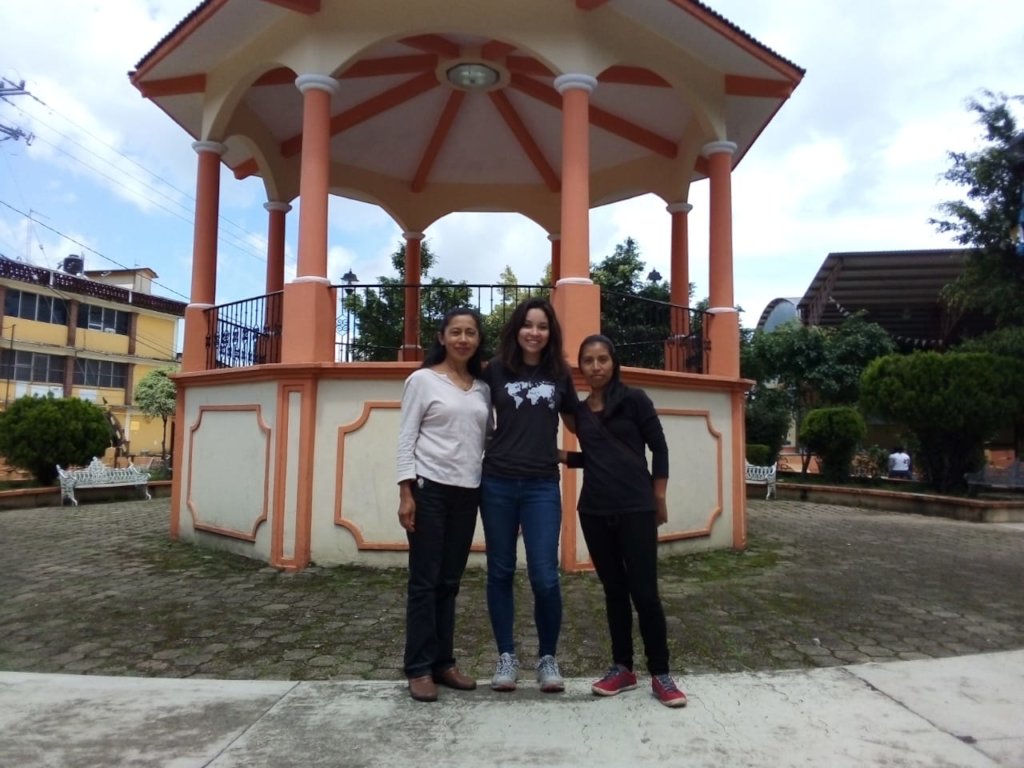 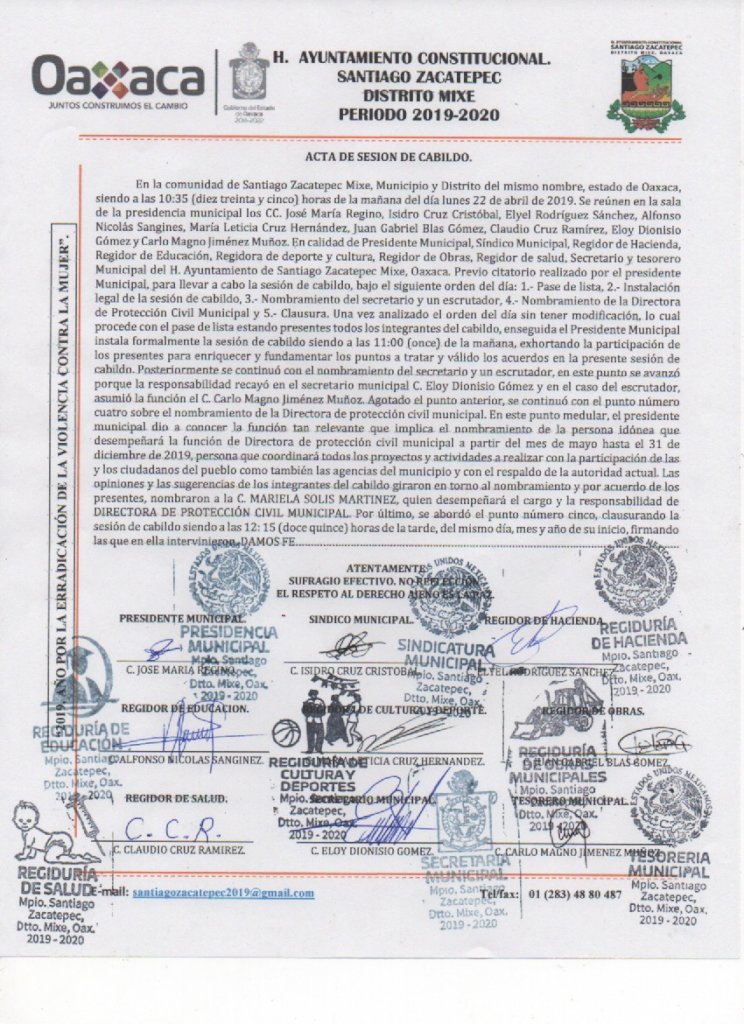 We want to share with you that we are very happy because we have managed to raise awareness about the risks we face here in the mountains with earthquakes, hurricanes and the heavy rains they cause.

The greatest risk is landslides and damage to homes.

In addition to the rains, during the hurricanes there are strong winds that affect houses because their sheet roofs fly and in the case of corn crops they end and coffee trees lose their flowering and fruits.

By raising awareness, we have achieved that the Department of Civil Protection is formed in the municipality and that the companion Mariela Solís Martínez is in charge, now we have to support her to achieve actions to prevent disasters.

That is why we are now working on the Municipal Risk Reduction Plan and preparing our resilience capabilities. 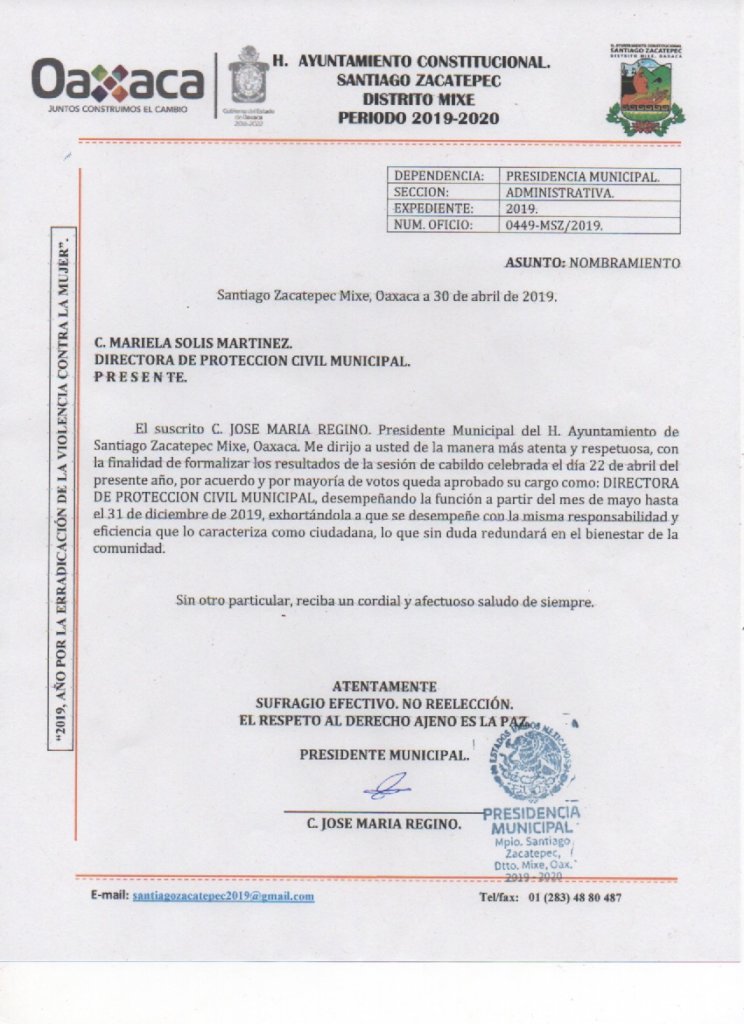 Donating through GlobalGiving is safe, secure, and easy with many payment options to choose from. View other ways to donate
Promotora de Servicios para el Desarrollo S.C. has earned this recognition on GlobalGiving:

GlobalGiving
Guarantee
Donate https://www.globalgiving.org/dy/cart/view/gg.html?cmd=addItem&projid=37379&rf=microdata&frequency=ONCE&amount=25
Please Note
WARNING: Javascript is currently disabled or is not available in your browser. GlobalGiving makes extensive use of Javascript and will not function properly with Javascript disabled. Please enable Javascript and refresh this page.