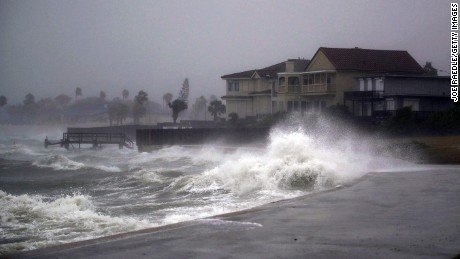 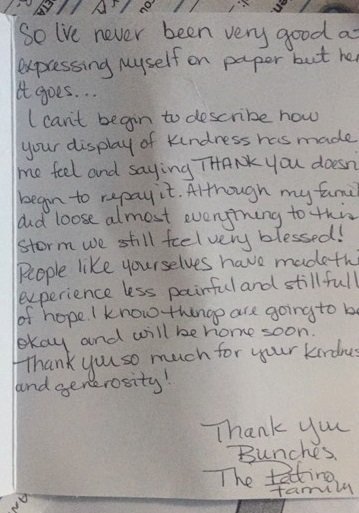 LITTLE ACTS OF KINDNESS,
LITTLE DEEDS OF LOVE,
MAKE THIS WORLD A HEAVEN,
LIKE THE ONE ABOVE.

In our Last report, we mentioned that how Hurricane Harvey has affected many lives and how many people including us came forward to help those who are in need. We mentioned about the little girl who was excited to receive her new uniform and how it made us feel so happy and blessed that we were the reason of her excitement.

We've been overwhelmed by the tears, letters and happiness felt by the recipients, victims of Hurricane Harvey, and wanted to share one more with you.

We received a thank you letter from Patsy Patino. Apparently, Patsy burst into tears when she received the grill from us as its what she uses for all her cooking.

In the letter she wrote;

“I’ve never been very good at expressing myself on paper but here it goes..
I can’t begin to describe how your display of kindness has made me feel and saying THANK YOU doesn’t begin to repay it. Although my family did loose almost everything to this storm, we still feel very blessed!
People like yourselves have made the experience less painful and still full of hope. I know things are going to be okay and will be home soon.
Thank you so much for your kindness and generosity.”

Although from a normal person’s point of view, its just a grill that we gave her but for patsy it was so much. It was a hope for her of a better future and that she’s not alone.

There are many victims of Hurricane Harvey, who are struggling to recover and in this tough time, we were able to help them just because of our wonderful donors like you all and on behalf of patsy and all those people we want to thank you.

Together, We Are Transforming Lives! 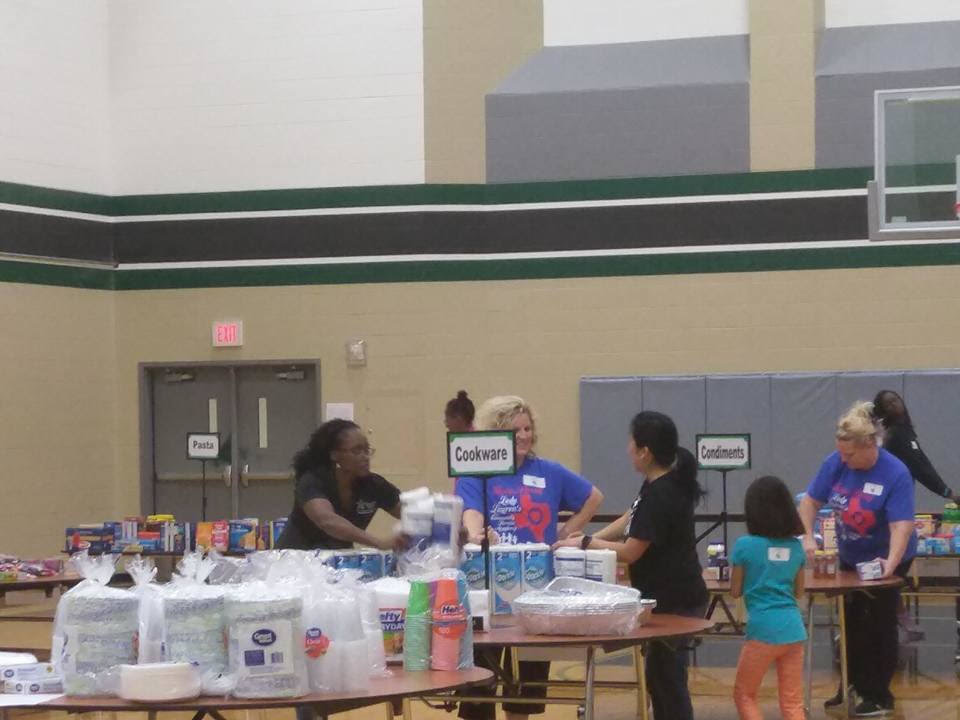 Cardiff Junior High School Thanksgiving market has ended and it was a great success.

Over 200 of our families were hit hard by Harvey.  As a campus, we knew we  had to continue to support them as they get back on their feet.

To this end, the Pop Up Thanksgiving Market was pitched and supported by many community partners.

It was also supported by some on the other side of the world.

On Friday night, we had 52 volunteers from around the metropolis come and volunteer to unpack all of the donations and stage them in preparation for the market.

Today, we served 100 families.  While the families waited, Lady Lauren’s Community Service Academy serve them cold water and a variety of snacks with the tunes of holiday music playing in the background. As they entered the gym, they were given a shopping list to make notes of things they may need.

The afternoon was dedicated to inviting our families to shop free of charge for Thanksgiving.

They accepted our invitation.

They were greeted by volunteers that carried their box while they shop and the volunteer also took their products to their car.

A local church also donated 100 turkeys, so every family that attended walked out with a turkey for Thanksgiving.

the donation from globalgiving allowed our school add more products to our market. Every item that was purchased and sent was taken by the members of our community that came to the market today.

Because of your gracious spirit, our families will be able to contribute to the meal for Thanksgiving.  I thank you for supporting my vision to serve the community that I love.  I feel blessed knowing that there are people out there that care about the plight of others and are willing to support efforts to help them.

The market served its purpose.  It communicated loudly that we have not forgotten our families that were affected by Harvey.

It communicated that when we pull together, work together to serve others great things happen.

lots of work went into pulling off this event, but it would not have happened without the help of our wonderful donors.  It has truly been a labor of love.

Families left our school today with the necessary items that they need and we want to thank our donors for that.

Blessings to you all. 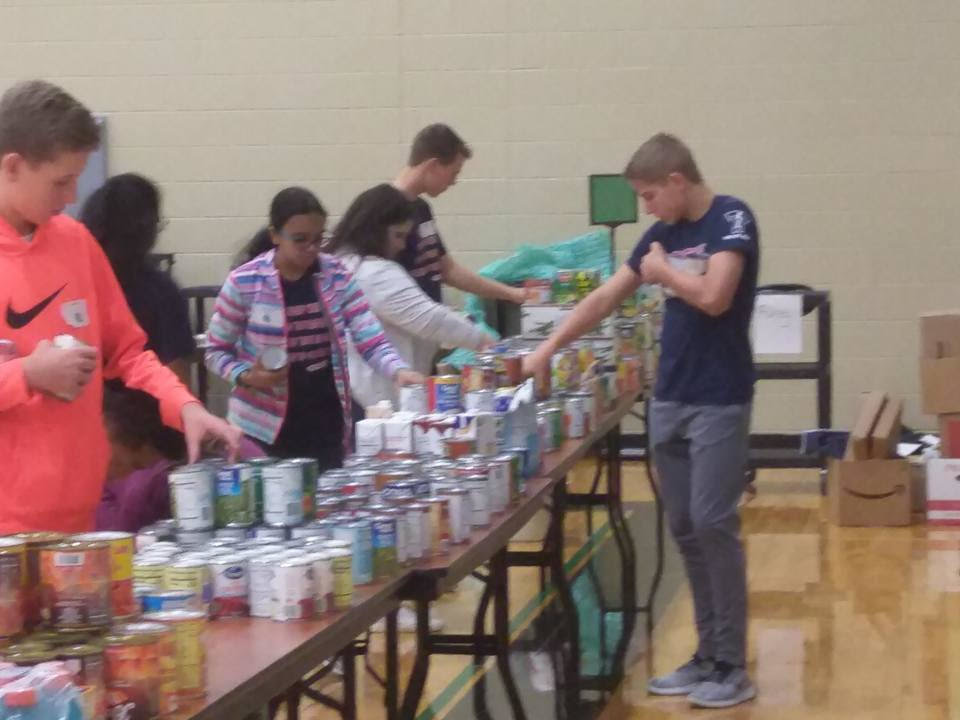 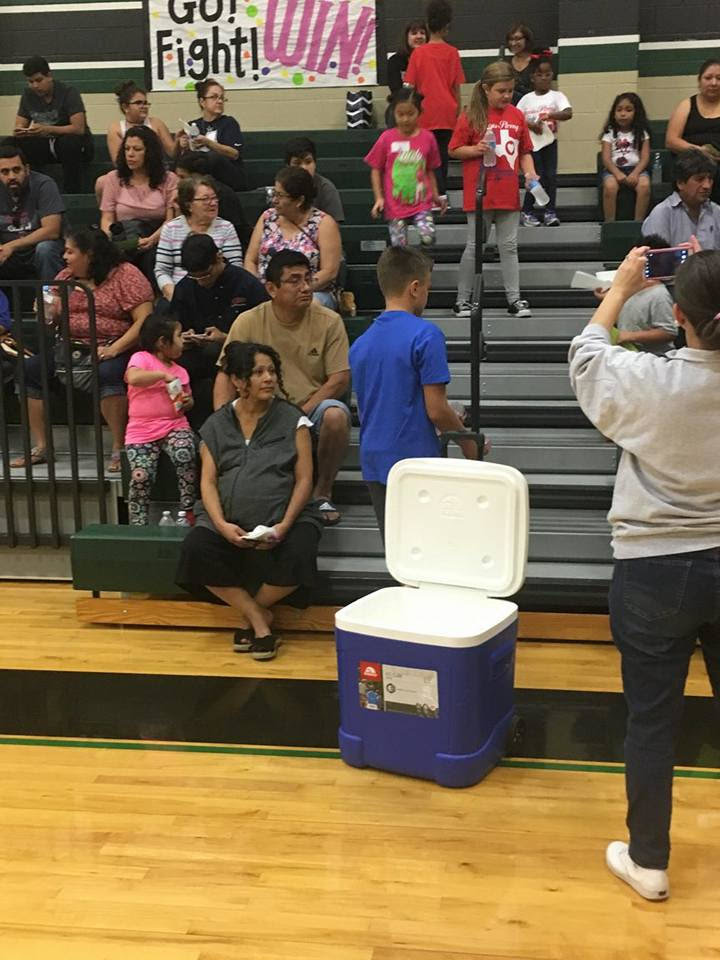 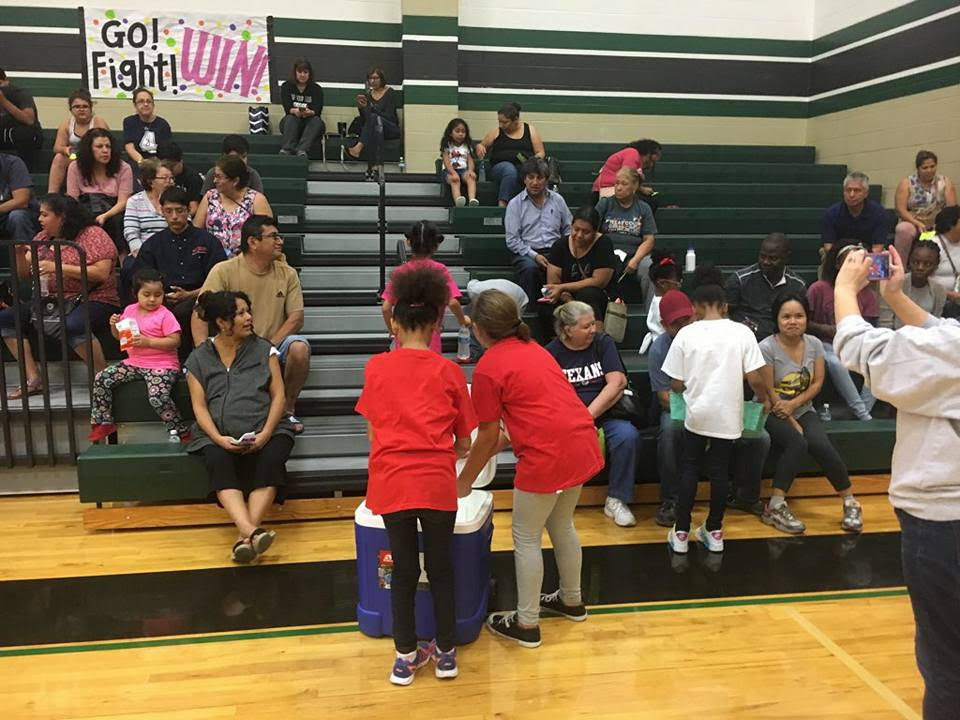 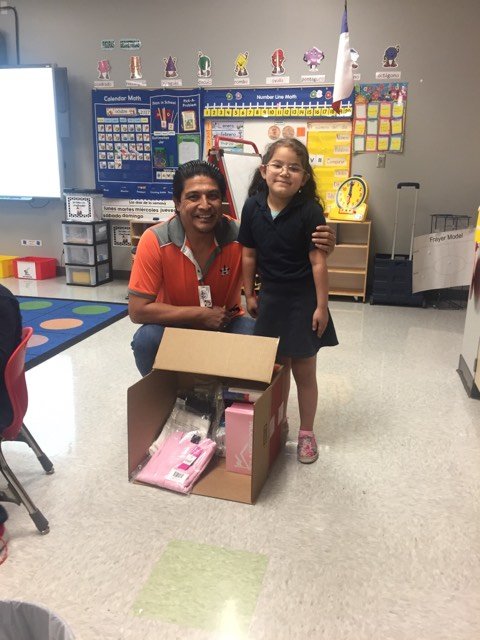 “WATER IS ONE OF THE BASIC NEEDS OF SURVIVAL OF MANKIND AND WATER CAN DESTROY IT, TOO. THAT IS THE POWER OF “NATURE”. BUT THERE IS AN EVEN MORE POWERFUL DIMENSION OF NATURE WHICH IS A BLESSING TO HUMANS; COURAGE, INTELLIGENCE, COMPASSION AND THE POWER TO STAND AGAIN.”

Hurricane Harvey made landfall on Friday evening, August 25th, as the first Category 4 hurricane to hit the United States since Hurricane Charley in 2004. Ahead of its landfall, many communities were ordered to evacuate, as fears arose that the hurricane could leave some coastal areas uninhabitable. The storm, which intensified over the Gulf of Mexico before hitting Texas and its surrounding states, brought with it heavy rainfall, damaging winds, and a powerful storm surge. It has significantly impacted communities along the Texas coastline, including Houston, as well as other areas along the Gulf with wind and flood damage.

Harvey made landfall three separate times in six days. At its peak on September 1, 2017, one-third of Houston was underwater. Two feet of rain fell in the first 24 hours. Flooding forced 39,000 people out of their homes and into shelters. It damaged 203,000 homes, of which 12,700 were destroyed. There were 738,000 people who registered for assistance with the Federal Emergency Management Agency.

Federal forces rescued 10,000 people who were trapped in their homes or on flooded highways. A flotilla of private boats rescued an unknown number of additional victims. The Houston Police Department's Dive Team rescued 3,000 people in four days. Houston police officer Austin Huckabee said he and four other officers saved 40 people in the first 24 hours. There were 37,000 people in shelters in Texas and 2,000 in Louisiana. Almost 7,000 people were in the George R. Brown Convention Center, where 1,700 received medical treatment. FEMA moved 14,900 in temporary housing. As of the first day of September, 8,000 families had moved into 9,000 hotel rooms.

As of September 14, at least 3,900 homes were without power. There were 77 boil-water notices in effect, 19 water systems were down and 31 wastewater systems remained offline. Houston’s school district said 75 of its 275 schools were closed due to flood damage. In the Gulf area, 1 million vehicles were ruined beyond repair, according to auto data firm Black Book. That includes 300,000 to 500,000 vehicles owned by individuals.

Although its been more than 2 months since Hurricane Harvey did its damages and now things are getting better but the victims are still struggling.

People who have endured disasters before have a saying:

The above statement is true because the people who got affected from the Hurricane Harvey are still struggling. Although they won’t be able to forget about the things that had to go through but other than that the struggle is still there. People who lost their houses completely are still struggling in rebuilding that. There are many people whose houses were not completely destroyed but they almost lost everything and now they are struggling for the basic supplies to live their lives.

At this time of need, we wanted to be there with the people for them. We have a team (of volunteers) on the ground in Houston and know several people who lost their homes and cars and were devastated and stayed in refugee homes and we began this project to provide them basic supplies like blankets, waterproof clothing and mostly food, soap etc., but because there was a slight delay in our receiving the money, so “Immediate Relief for Hurricane Harvey” transitioned to “Relief for Hurricane Harvey.” Because of this situation, the on ground need had changed and so the relief given was for much needed school supplies and other basic household cooking items.

With the money raised, we purchased basic school supplies like uniforms, sweaters, socks and notebooks for some school kids from Cardiff Junior High in Katy, Houston and couldn’t explain in words the feelings of those kids that how excited they were after getting the uniforms in particular.

We've been overwhelmed by the tears, letters and happiness felt by the recipients, victims of Hurricane Harvey, and these things make us realize that how blessed we are and how our lives could also change completely in a day and how we should be grateful for all the things that we have in life and there is no better way than to help those who are in need.

More kids still need uniforms, crayolas, and notebooks, however, one big need right now is food and in particular for Thanksgiving.  We want to help them for which we seek help from our wonderful donors like you all.

Please spread the word so Together, we transform lives.

Support another project run by Dawood Global Foundation - Educate a Girl that needs your help, such as: 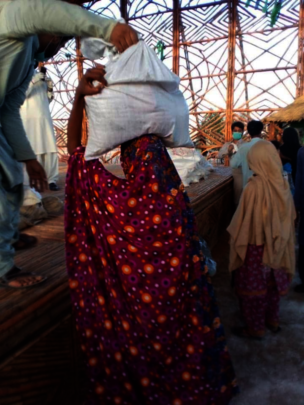 GlobalGiving
Guarantee
Donate https://www.globalgiving.org/dy/cart/view/gg.html?cmd=addItem&projid=29430&rf=microdata&frequency=ONCE&amount=25
Please Note
WARNING: Javascript is currently disabled or is not available in your browser. GlobalGiving makes extensive use of Javascript and will not function properly with Javascript disabled. Please enable Javascript and refresh this page.