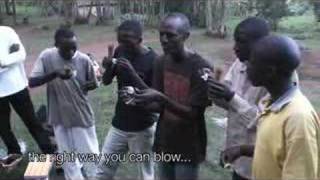 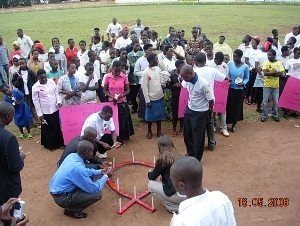 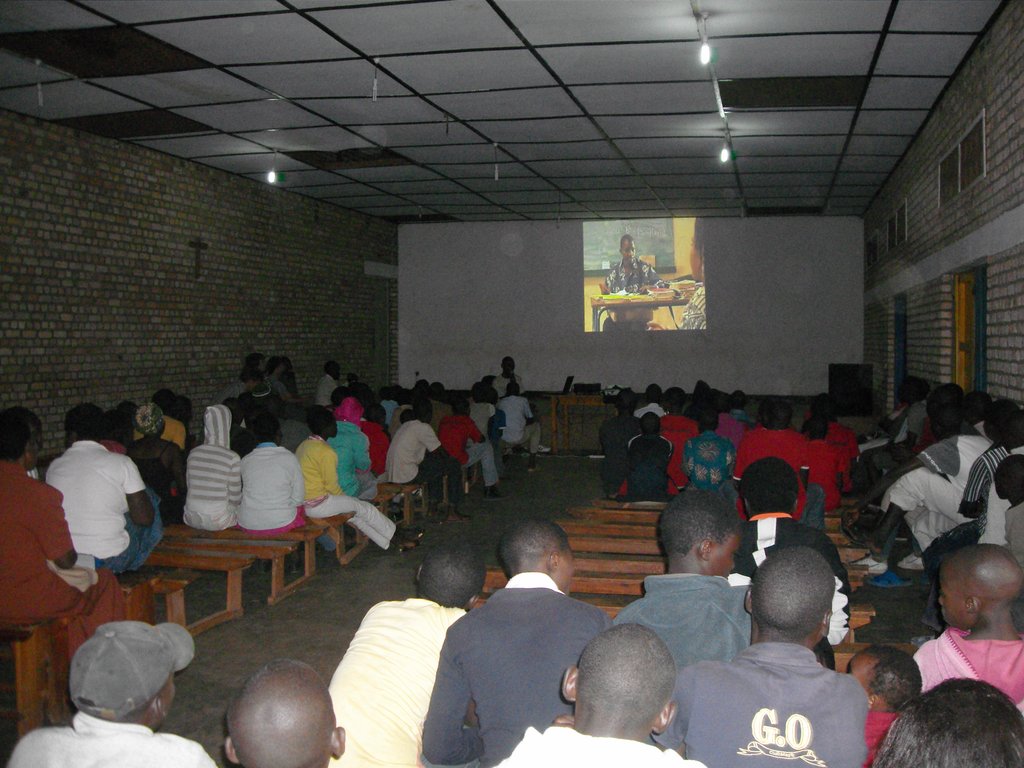 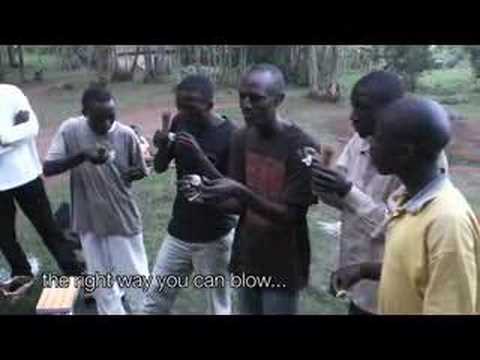 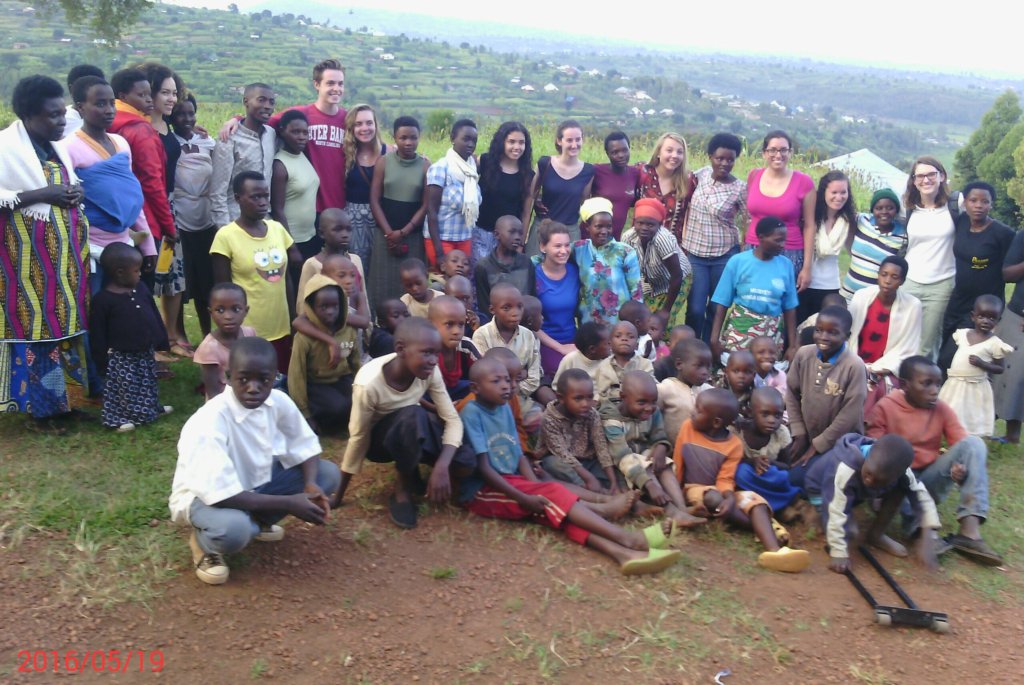 After realizing that our youth club members need some other income generation projects to support them as reinforcement in their development, RVCP conducted a training on how to run some small business. It was on 17th may 2016, where we conducted a new training about how to run small business. This training brought together the three different clubs from KABUREMERA, MATYAZO AND MUYOGORO. This activity took place in Rukira cell, Huye sector. This activity occurred with partnership of Rwanda youth solution (RYS).

We motivated Youth club members and trained them about entrepreneurship and management. We're working with them closely so that they may come up with relative successful small projects and help them get funds as their capital.

Besides that, on 19th may 2016, RVCP conducted the training of sexual and reproductive health at Matyazo cell, it was two clubs, Matyazo Anti HIV/Aids club and Muyogoro Anti HIV/Aids club. We were with students from American university, where Youth clubs shared experiences about the HIV/Aids people life from United States of America and from here in Rwanda. Some shared their testimonies and also the knowledge from these two different countries including culture exchange.

Additionally we had a joyful and fruitful moment, our visitors with our Youth club members where we danced together and we had a football match of Youth club members and the delegation students from USA, and they scored 1 by 1. It was an amazing moment for our club members, which Increases their hope of better future lives. 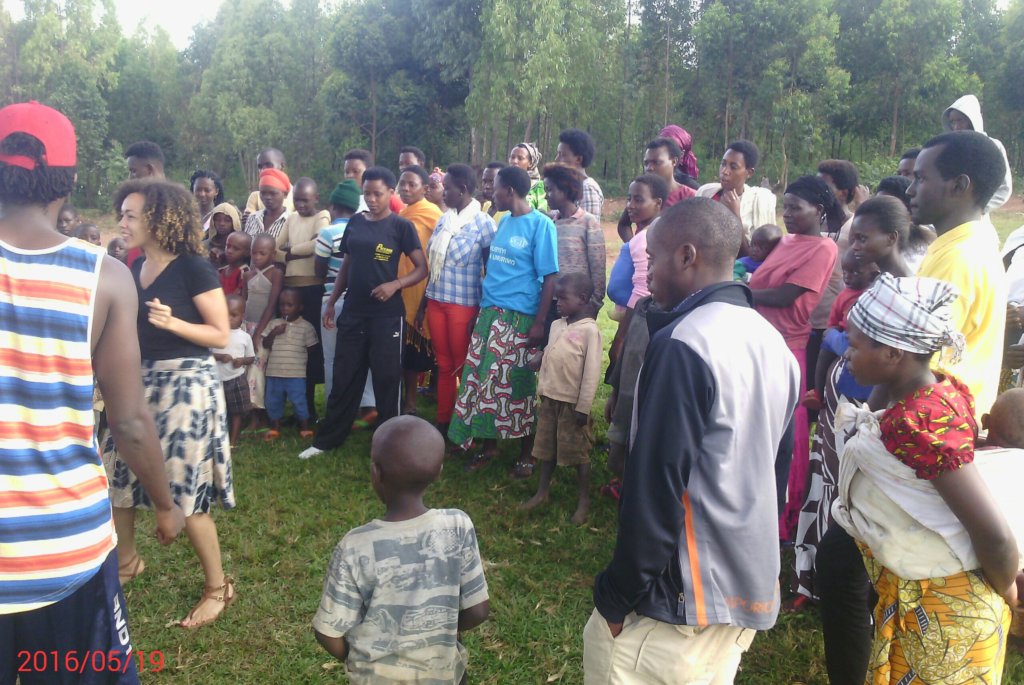 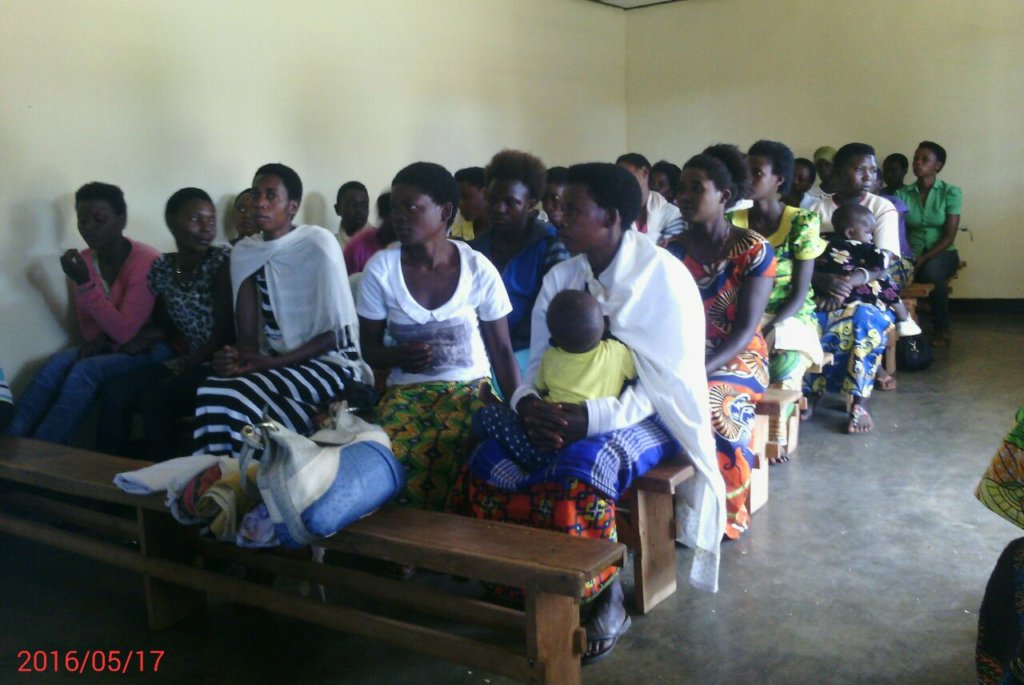 during the business and entrepreneurship training 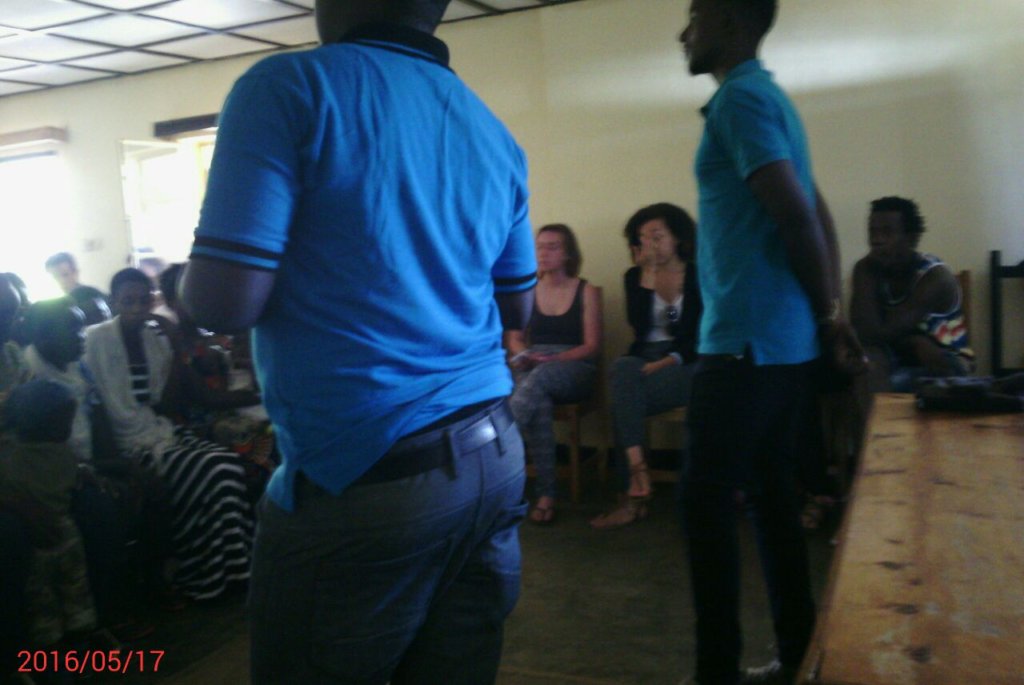 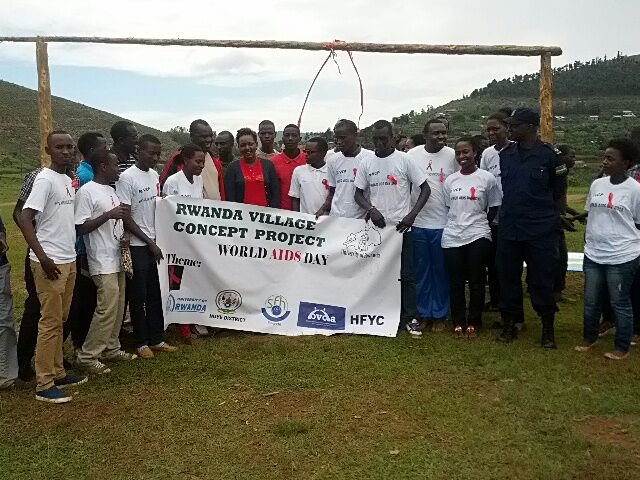 Due to tight schedules of RVCP members/volunteers and availability of inhabitants, celebration activities took place on Saturday, November 28th from 7:30am to 8pm in Nyakagezi village, Huye sector, South Province.Member of Parliament honorable Gloriose was the guest of honor.The theme of the one-day event was “Getting to Zero”, a great opportunity to raising awareness of the deadly HIV/AIDS in the community as the world targets to get to zero new infections, zero stigma and zero AIDS related deaths. Apart from RVCP volunteers and ordinary citizens of the Nyakagezi community, this event also attracted community leaders, community health workers, researchers, local businessmen and women, faith and religious organizations leaders among others.The one-day annual event directly benefitted over 250 people in attendance including RVCP members, volunteers and the community of Nyakagezi cell. It was also estimated that the message of the day was sprayed to over 5000 people in Huye and Gisagara districts since attendees were urged to be goodmessengers to their homes, neighborhoods and communities.Event organizers, RVCP, also used renowned media houses of the country such as Igihe.com, Radio Salus, Flash FM and the national broadcaster RBA to spread the word countrywide.Among activities of the action-packed day included the community work (umuganda) in Nyakagezi cell by local residents and 40 members of the HIV prevention program in RVCP spearheaded by program director Ms. Marie Florentine Hategekimana who afterwards provided a public lecture on HIV awareness, stressing on the theme and explaining why and how to beat the deadly disease to zero, reaching zero discrimination, zero new infection and zero HIV related death.Later, Florentine was joined by Mme Claudine, a single mother from Tumba Tubeho youth club where both combined to teach the audience on preventive methods emphasizing on the accurate and correct use of condom. Thereafter,Mme Claudine demonstrated to onlookers the proper use of a condom as previously taught by the RVCP- HIV prevention program department.In her address, honorable Gloriose who was the guest of honor, called on youth to be key players in fighting HIV/AIDS, urging them to work hard, be self-reliant so they can avoid/decline poisoned gifts from sugar daddies and mammies who drive them in malicious ways before labeling it as currently one of the major contributors of HIV injections and unwanted pregnancies.Rwanda Village Concept Project (RVCP) also partnered with Huye-based Sovu Health Center for a free of charge HIV testing and patient counseling activity, a voluntary program that saw a total of 126 people tested and counselled on how to behave from then onward.The eventful day packed with multiple agendas on schedule, ended with the screening of a movie called ‘If I Knew’ which basically narrates the life of a young woman who was enticed with a fancy life through shortcuts and ended up HIV positive and unwanted pregnancy. 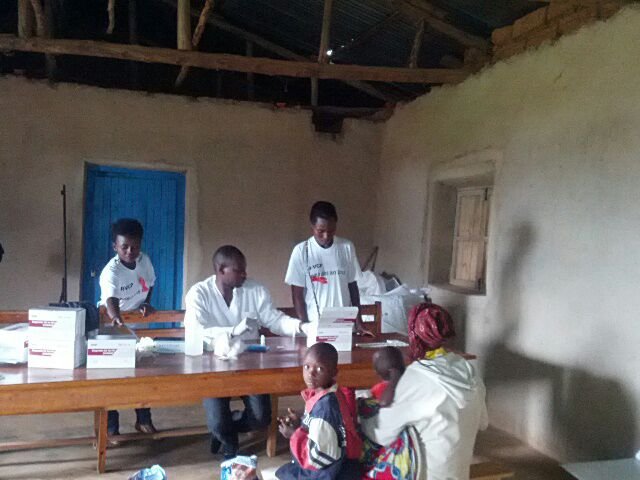 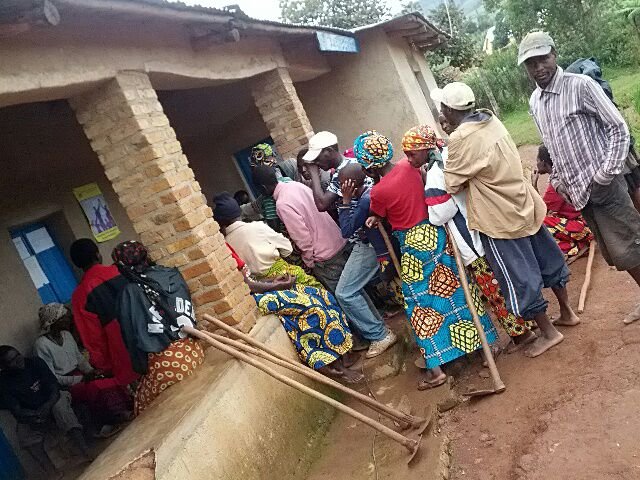 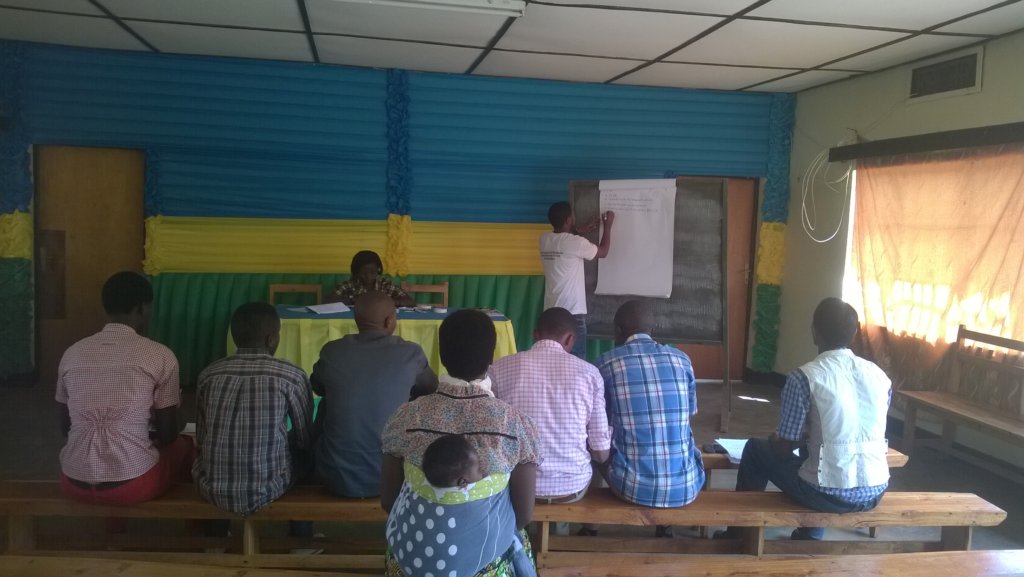 Through our efforts to continue the fight against HIV/AIDS, we found it relevant to start teachings targeting Youth leaders. These youth leaders will ease the dissemination of information among peers and hence our message gets to more youth at risk.

We starte working with local youth leaders in one sector, aiming to reach at least 8 sectors of Huye. We included new teaching techniques for HIV/AIDS prevention which include visual aids, more Moblie Video Schemes and demonstration activities where the participants take the lead in demonstrating the activities.

Furthermore, we are in the preparations of the World Aids Day that Happens every 1st December annually and is celebrated annually. Through this event we aim to bring together at least 100 youth leaders who will represent fello youth and learn from different speakers and guests that will be available. 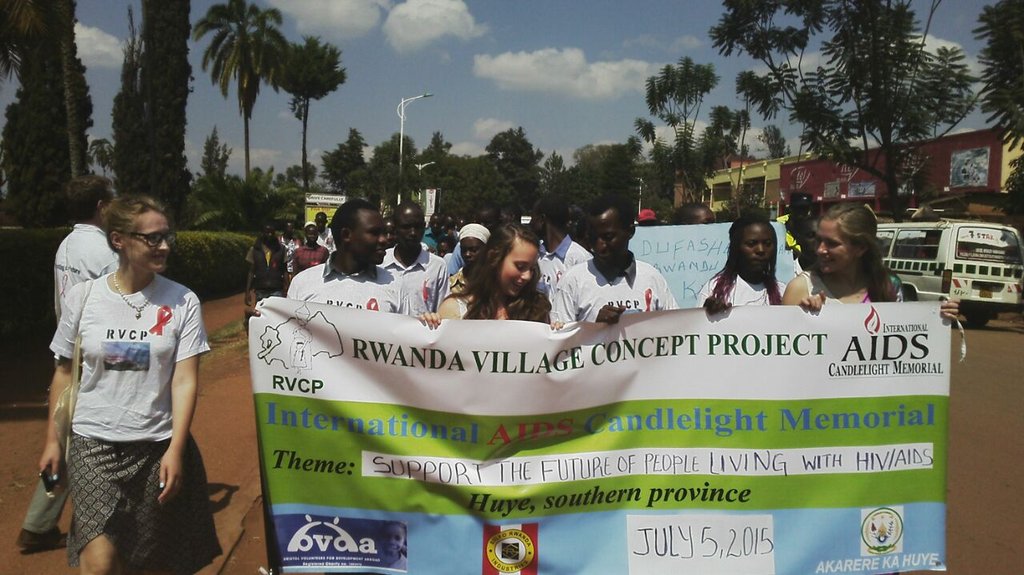 Activities from these last months in the HIV project consisted of a campaign in Mpare Cell Anti AIDS youth clubs where we demonstrated how to use preventive measures against HIV/AIDS, such as condoms, and encouraged them not to be ashamed of talking about it in public, as this helps a lot in increasing awareness in the population. This goes together with the workshop given to youth to empower Gender and HIV Prevention through adolescent behavior change.

Afterwards, we joined the whole world in conducting the 32nd Candlelight Memorial March under the theme “SUPPORTING THE FUTURE OF PEOPLE LIVING WITH HIV”. The purpose of the day was to try to address the ignorance about Candlelight Memorial Day in our community, and so a diverse group of community leaders including community health workers, researchers, business people, faith and organization leaders and concerned individuals took part in a one hour march in Huye Town and were urged to take part in HIV awareness and stigma eradication in HIV victims according to the annual theme.

The participants were about 100 people including members of 3 of the youth Anti-HIV Clubs that work with RVCP, secondary schools students, RVCP volunteers, and local leaders from Huye district and Ngoma sector.

Indirectly, the message of the day reached approximately 4000 people, mostly youth of the Huye and Gisagara district and finally the whole country as we used the National Broadcasting Agency RBA (Rwanda Broadcasting Agency), RC Huye, and private ones like Radio Salus and an online journal www.igihe.com.

To conclude, Ms. Séraphine, the coordinator of People Living With HIV Association in the Southern Province, who has been living with HIV for 25 years, gave her personal testimony on how living with HIV is now quite different from living hopelessly like it was before. She highlighted some methods that lead to her better future when living with HIV like abstinence post exposure, complete diet, avoidance of stress and, more usefully, joining income generating associations.

There is still a way to go in terms of HIV/AIDS Awareness especially in youth that why we thank everyone who is still willing to continue this war of fighting against HIV. 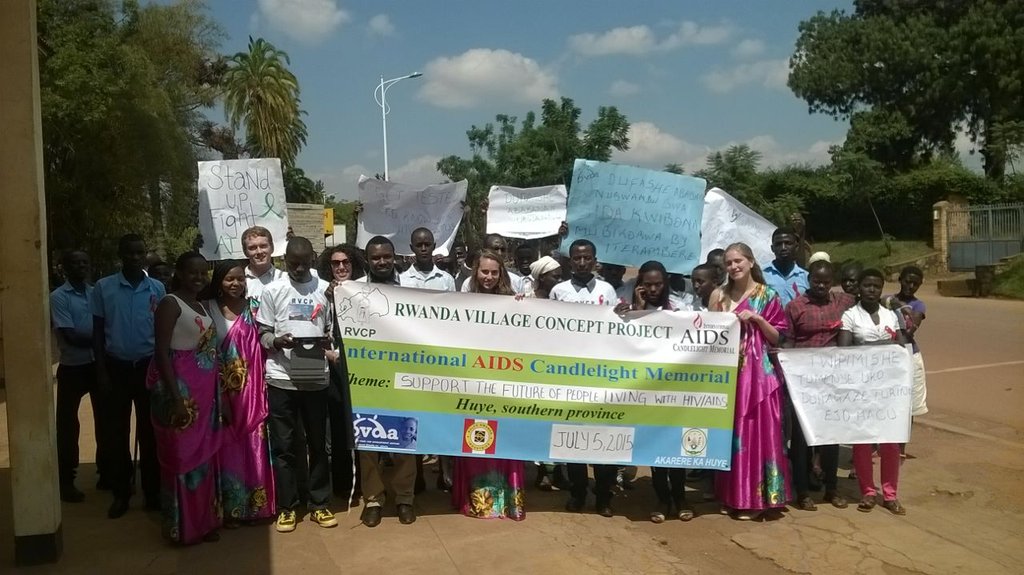 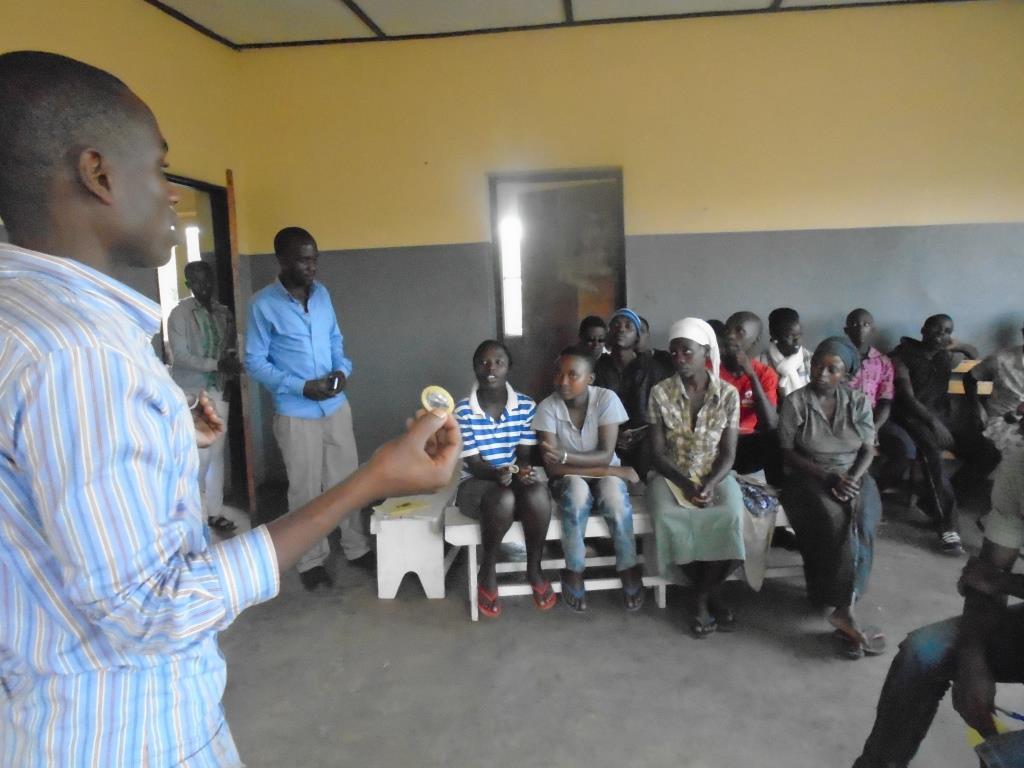 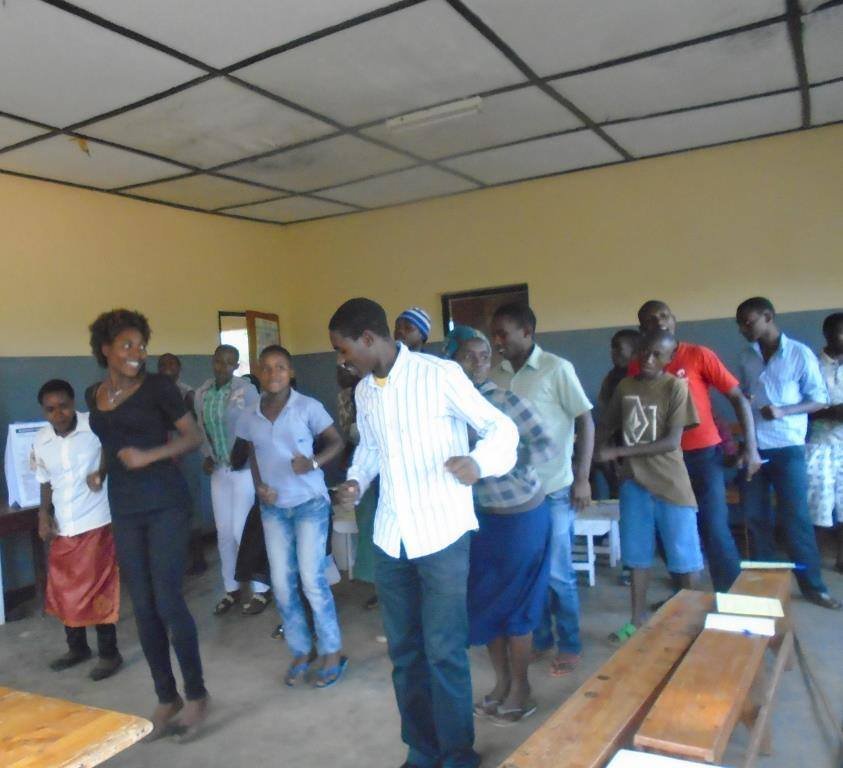 Entertainment with youth after teaching session 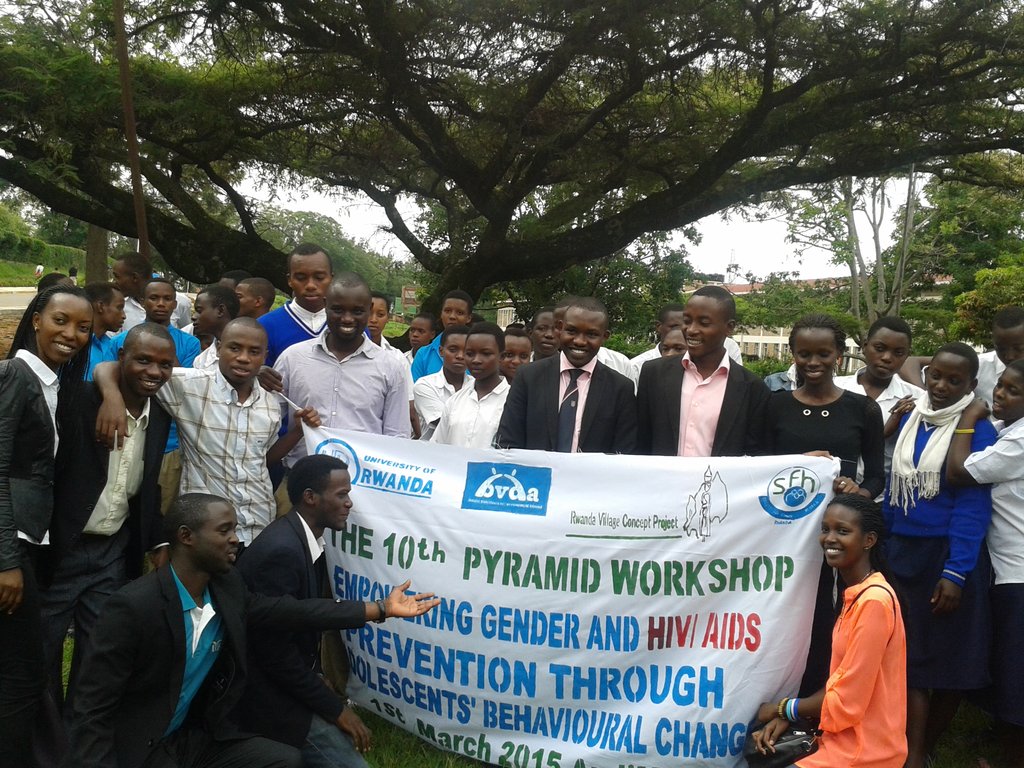 Workshop with the Youth

As it was in plans since 2009 and under the support of Mr. Bjorn, an International Participants from the Netherlands, the project has been reinforced, and another project to motive primary students was initiated. The project was entitled the Rabbit for Performance.

Last time, pupils who performed well during the first term, i.e. the firsts in their respective classes from year one up to six, were given a female rabbit, as an award and a motivation to keep on performing good. The students were to rear these livestocks not only to reinforce their scholar curricula on biology, general knowledge and agriculture, but also to introduce animal proteins in their daily ratios and the last but not the least to generate income.NYAKAGEZI Anti-HIV Youth Club has a such project that will help its members improving their life standards in future.The rabbit project is owned by the Nyakagezi Anti-HIV Youth Club. The Club members select the rabbits to breed before selling their babies. Rabbits were chosen since they have a short gestation period and are able to produce a number of offsprings. This enables members to make some incomes quickly. The Club members use the money to pay their school fees,to afford medical insurance and buy some clothes they need. The project has faced some problems over the years but is planning to address them with trainings by professionals and raise funds from different donors.

Find another project in Rwanda or in Physical Health that needs your help.
Find a Project

GlobalGiving
Guarantee
Donate https://www.globalgiving.org/dy/cart/view/gg.html?cmd=addItem&projid=8861&rf=microdata&frequency=ONCE&amount=25
Please Note
WARNING: Javascript is currently disabled or is not available in your browser. GlobalGiving makes extensive use of Javascript and will not function properly with Javascript disabled. Please enable Javascript and refresh this page.