The project: Healthy women, healthy families is implemented in Kuçova Municipality. The project aims to increase women’s awareness related to the personal health contributing to having healthy families. This was achieved by:

The funds raised for the project ''Healthy women, healthy families'' during these years has made possible to achieve the following results:

-         There were in total 429 women who had a gynecological visit and 160 PAP smears conducted in four villages (Tapi, Perondi, Magjatë and Kozare village)

-         There was an average of 22 women examined during one day visit. There were in total 21 days of health examinations in the villages; The visits were conducted at the health centers of the villages. The screenings were provided by a team of two people (a qualified doctor and a lab technician);

-         From 428 women screened approximately 220 of them contacted for the first time the gynecologist.

-         The PAP tests are sent to a specialized laboratory and women who had problems were sent for further examination. 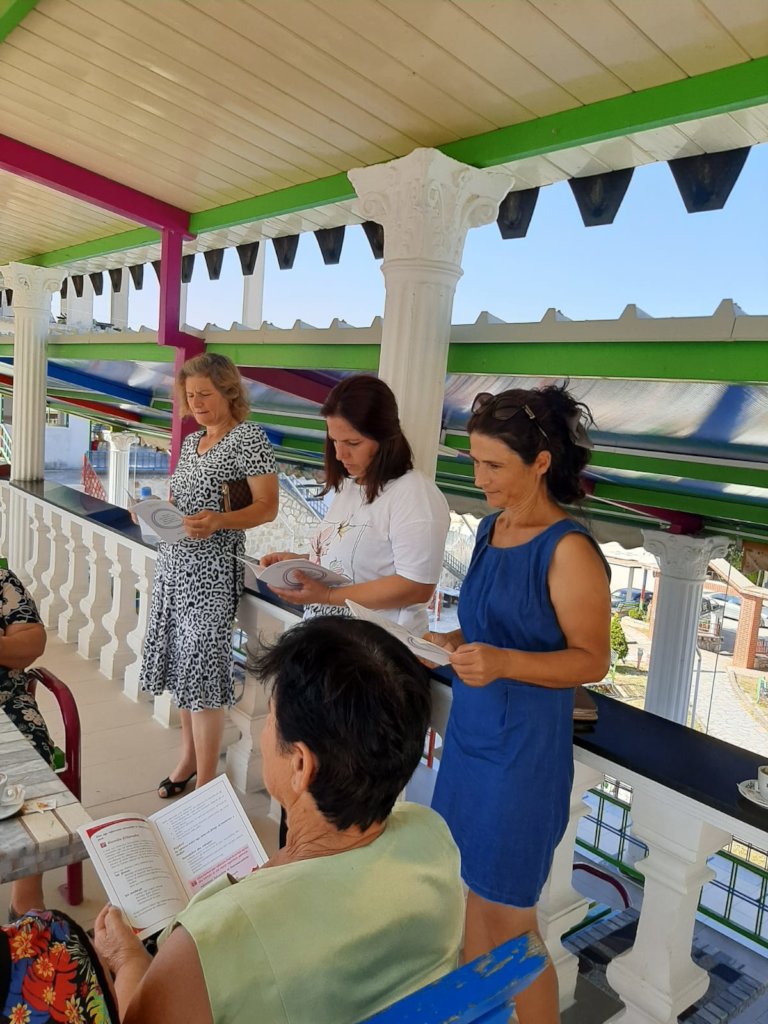 The project: Healthy women, healthy families restarted again in July 2021 after one year gap caused by the COVID 19.  Itwas implemented in three villages Perondi, Tapi and Kozare of Kuçova Municipality. The project aims to increase women’s awareness related to the personal health contributing to having healthy families. This was achieved by:

Also, women received information related to COVID 19, consequences it has for the pregnant women and how to follow all the necessary regulations developed by the Albanian Government.

The protocol developed by the Albania government for the COVID 19 were followed during the activities.

There were in total 58 gynecological examinations conducted and 23 PAP-Tests. The health visits were done at the health centers of the respective villages and were offered The examinations were conducted by a team of two persons (a gynecologist and a lab). The visits took place on the following dates:

From the Smear test resulted that:

Most of the women have high level of infection due to the low personal hygiene as well as they neglect to go for periodical check up to the specialized doctor in the area.

There is high number of women who have candida, and this was related to the use of the antibiotics as well as from their profession.

Related to the PAP- Test very few of them have done it. Even though they were aware for the fact that they need to do it periodically (once in two year) they did not follow it.

A health notebook was delivered to all the women.

We could state that one of the results achieved during this visit was the participation of the women in the awareness session and 25 out 58 were meeting the gynecologist for the first. During the discussion, it was found out that women find difficult to discuss for their sexual or health issues. The tradition, mentality are barriers that women find difficult to overcome. Based on the tradition they keep the issue for themselves or in the best scenario share it with their mothers or mothers-in low. Due to the low economic situation, they are not able to go the specialized doctor in the area.

Marsela and her husband Ermal live in Kozara village. For three years they were trying to  conceive a baby. When Marsela came for the gynecological examination, it was found out that she had a severe gynecological infection. She did the treatment and was sent to Tirana for specialized treatment. Completing the treatment, the couple was able to have the child.

Having shared with you the achievement for the period, Diakonia Agapes believes that it is important to be near with women and to provide a valuable service for them. Being present in the area has increased the number of the women who seek medical advice. 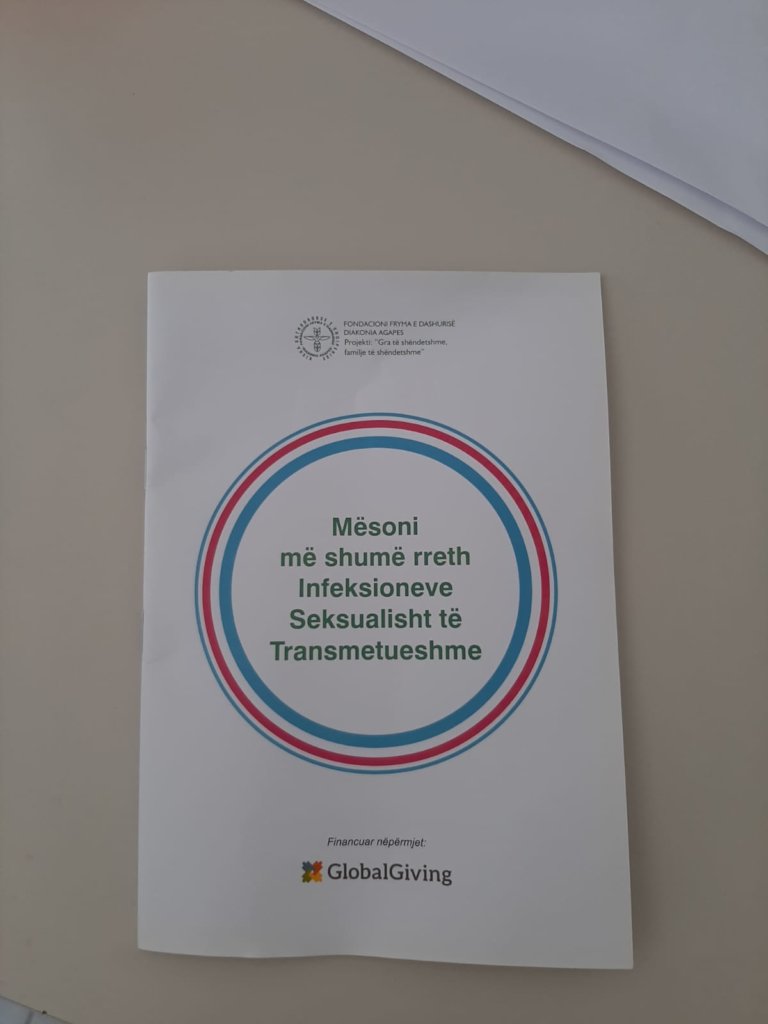 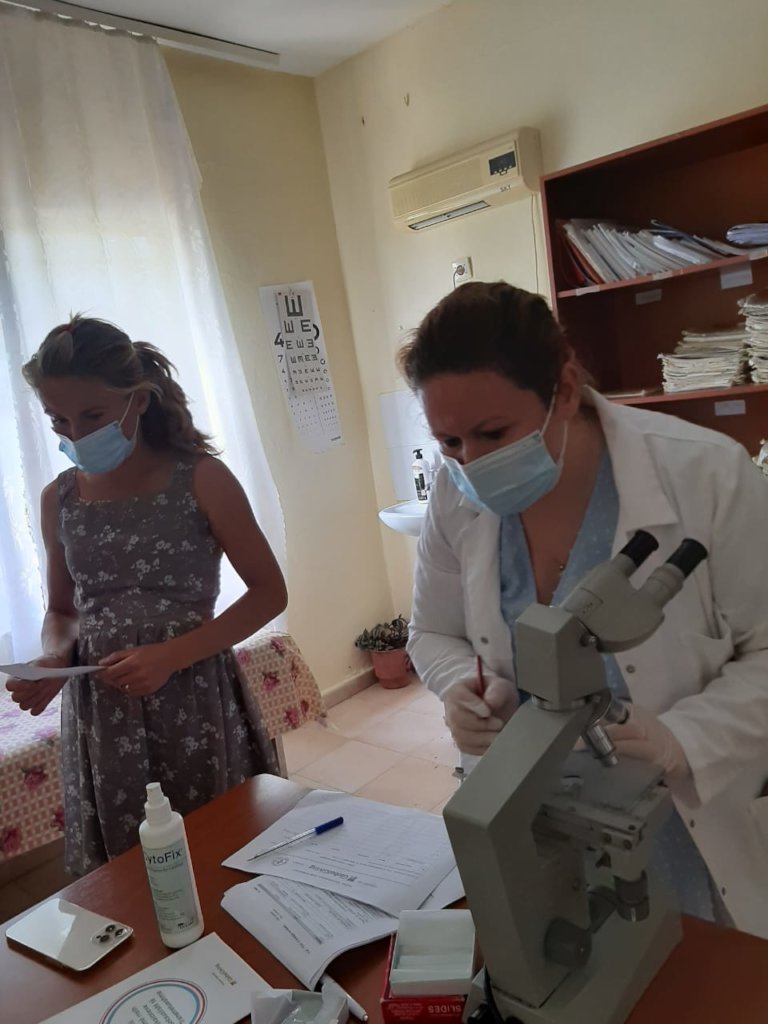 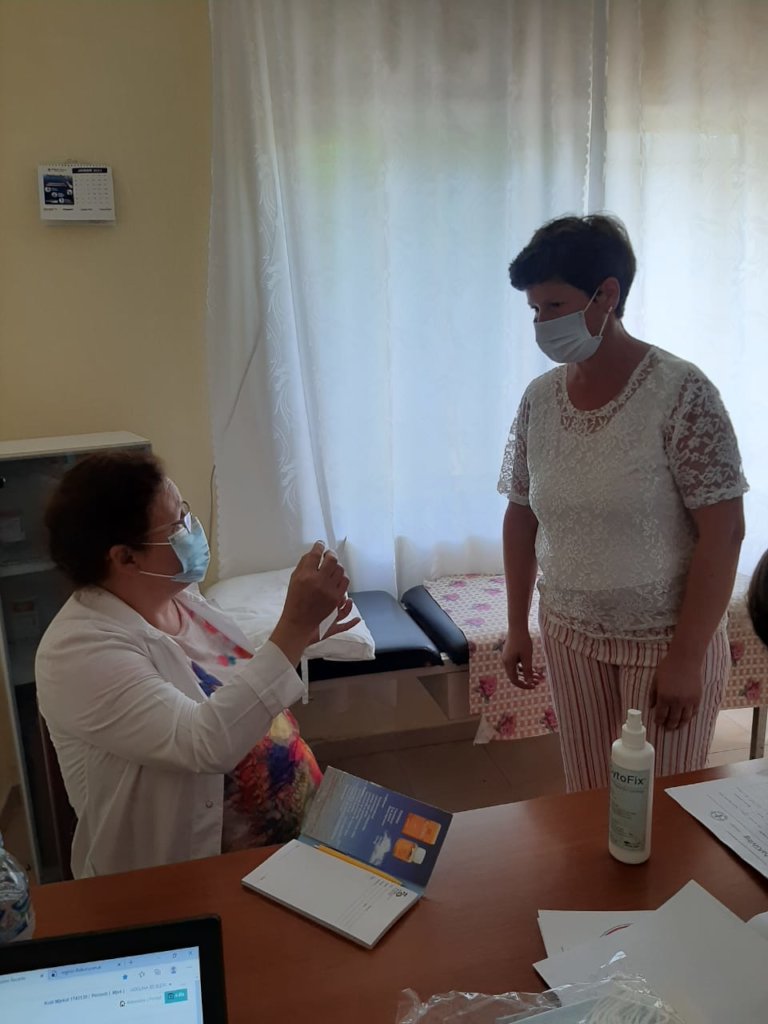 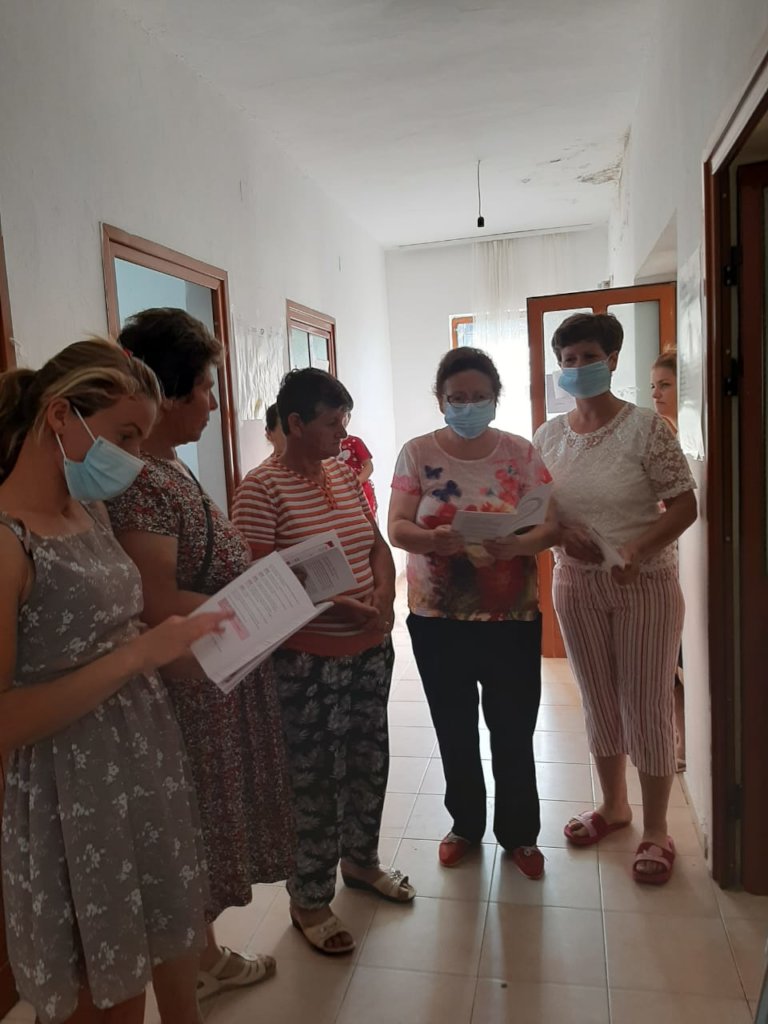 The COVID-19 situation in the communities where we work is aggravated as in all of Albania.

The last two montsh (January – February 2021) there was increased number of the people infected and the deaths. From the beginning of the pandemic until today the situation of COVID-19 in Albania is:

During the reporting period (December 2020 – February, 2021) there were limited numbers of the activities organized due to the increased number of cases with COVID-19.

Due to the situation participation in activities has been reduced and Diakonia Agapes has not been able to travel to the area. In the areas where activities have taken protocol required by the Ministry of Health were followed. During this period the women are counseled online.

Diakonia Agapes intends to start the activities in the coming period.

The support for the women is crucial and Diakonia Agapes will continue to have in its focus.

Thank you for your contribution. 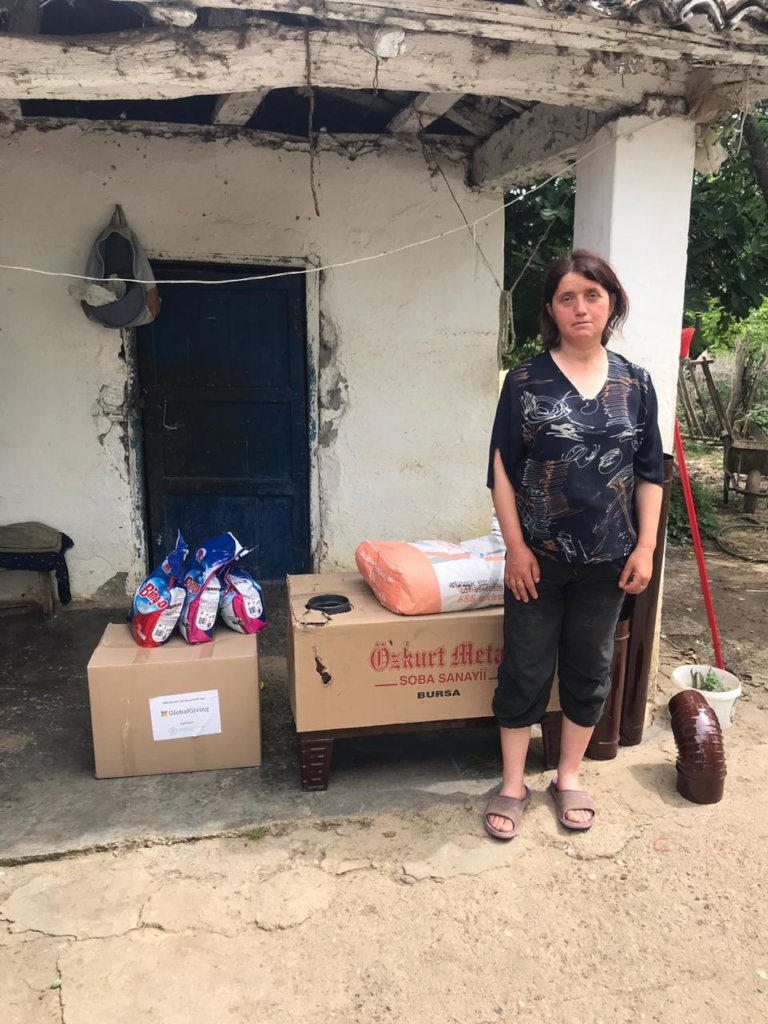 Moments from the distribution Belsh municipality

On March 2020, Albania was hit by COVID-19 pandemic. The first case of COVID-19 in Albania was detected on March 9, 2020 and on March 10, all citizens were alerted of the new lockdown policy by text from Prime Minister Edi Rama, who said the policy was regrettable but necessary. On March 11, 2020 the World Health Organization declared the global outbreak a pandemic.

On March 24, 2020 the Albanian Government declared the “state of natural disaster” across the country for a period of 30 days, which was later extended by two more months and ended on

23 June, 2020. Albania was locked down which had negative consequences on large parts of the population. The people still suffering from the consequences of the November 26, 2019 earthquake were particularly impacted as many of them had not yet been able to return to their lives before the earthquake.

The Covid-19 pandemic produced a notable recession of the economy. Within the domestic market, SMEs, manufacturing and tourism sectors were among the most affected.

During the reporting period was not permitted to have gatherings and due to that Diakonia Agapes staff has not been able to continue the implementation of the Healthy women, Healthy families project.

Diakonia Agapes has been able to utilize the funds provided by GlobalGiving for the Albania Earthquake Response. The intervention aimed to assist the needy families that have been affected by the November 2019 earthquake with food and hygiene items and to improve and reinforce the preparedness of DA staff and parishes to respond to the natural and human-caused disasters and emergencies. The assistance provided was also linked to the COVID 19 situation.

Advantage was given to families with minors, elderly and PwD family members. The families supported had their homes destroyed by the earthquake and some of them were still living in tents and containers. All of the families had at least one person with disability. Some of them still were afraid to return back to their homes and the children were facing psycho-social problems.

The assistance was delivered to 10 families (totaling approximately 60 people) in the Municipality of Belsh.

Wood stoves were also distributed to 4 of these families according to the needs assessed by DA and the representatives of the local government.

Also, Leaflets (awareness raising materials) on how to cope with the  natural and human-caused emergencies in the future (with a focus on the earthquake) were also prepared, produced and distributed to these families as well as to the communities targeted by the project. Information related to the COVID-19 pandemic and specific guidance as defined by the Ministry of Health and Social Protection of Albania was also included in the leaflets.

10 emergency response kits were prepared for DA office staff. The emergency kit includes a vest (with DA logo), a helmet, a pair of gloves, a flashlight, and a whistle. Equipment with emergency kit gives DA the possibility to have a standardized structure for emergency preparedness and response.

Even though Diakonia Agapes did not have the possibility to implement the Healthy women, Healthy families project, the intervention that has taken place have women in its focus.

Your support is needed and Together we could make it! 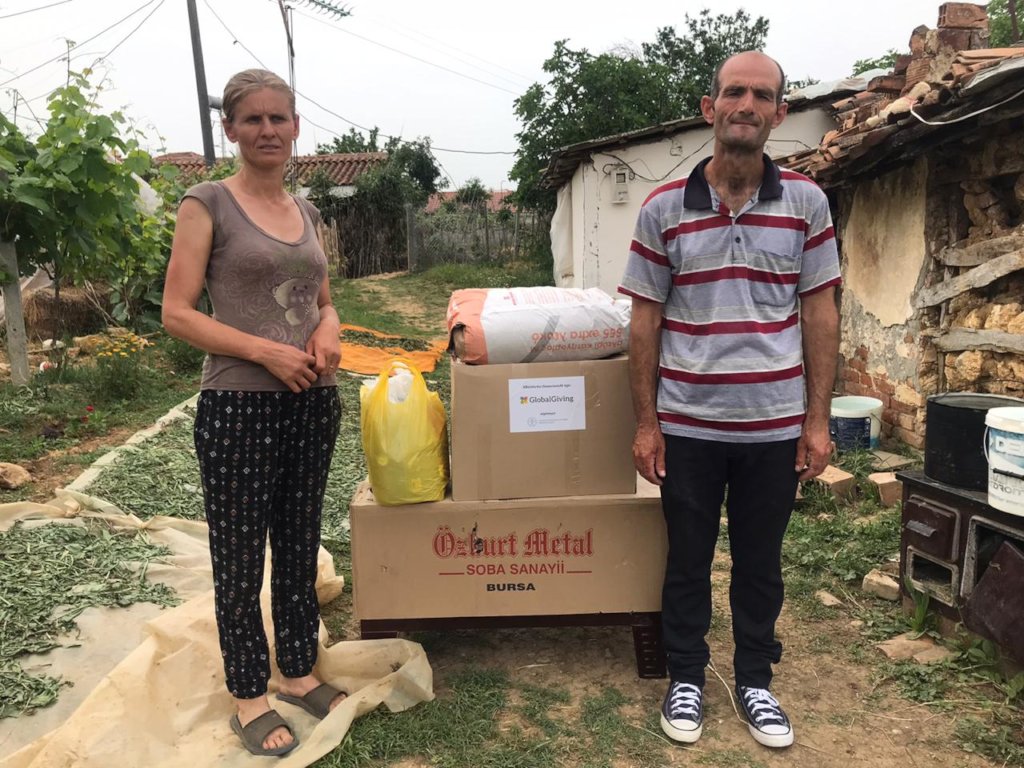 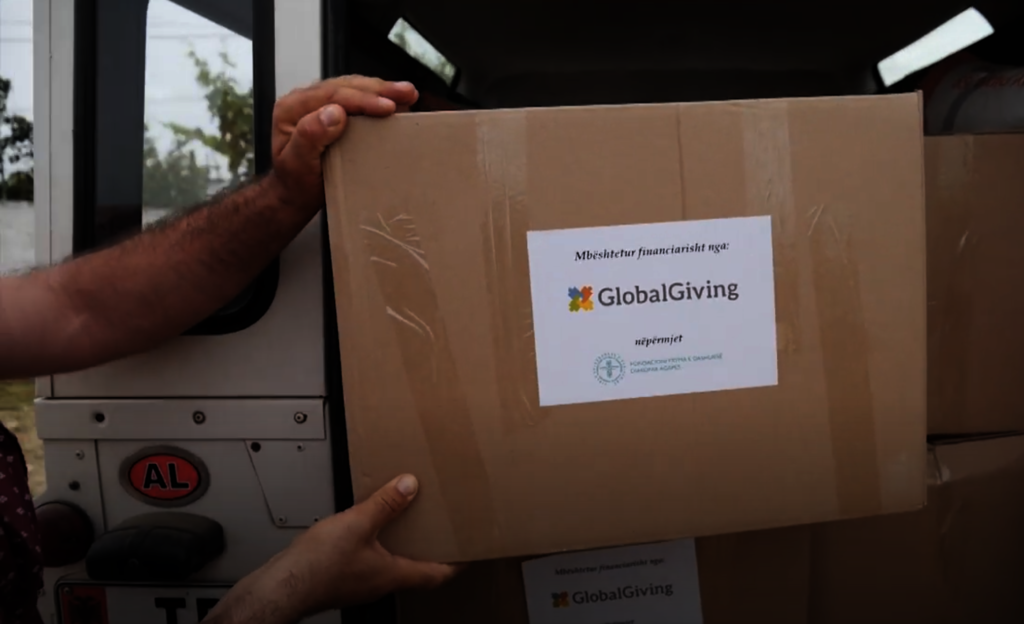 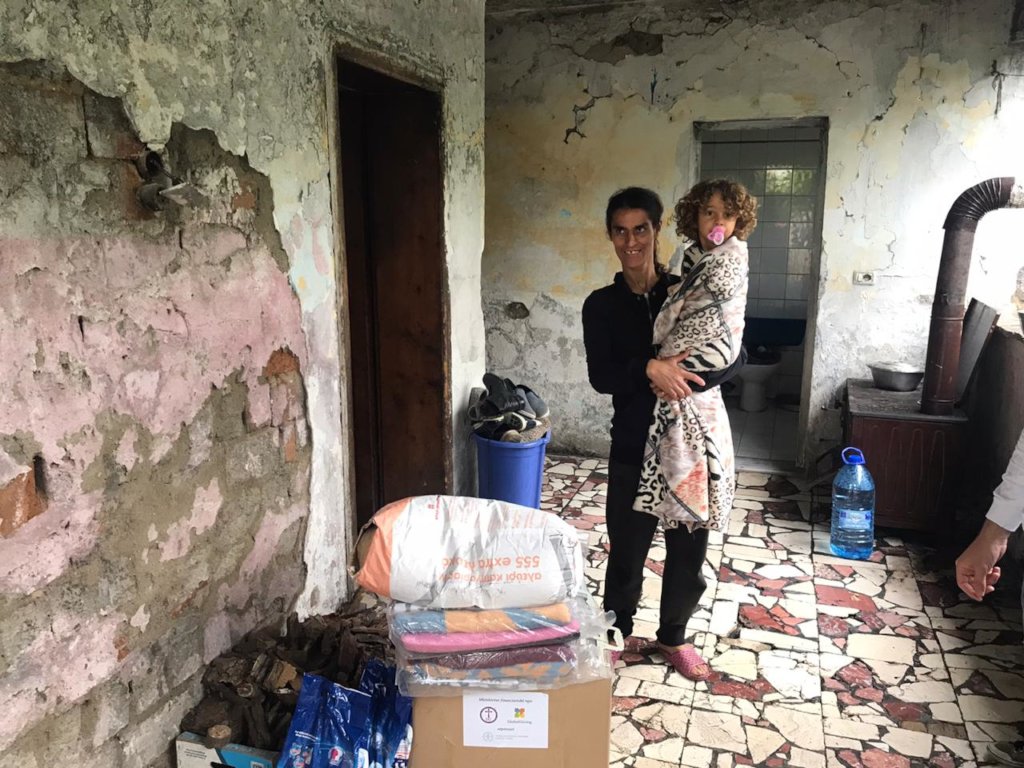 Moments from the distribution Tirana municipality 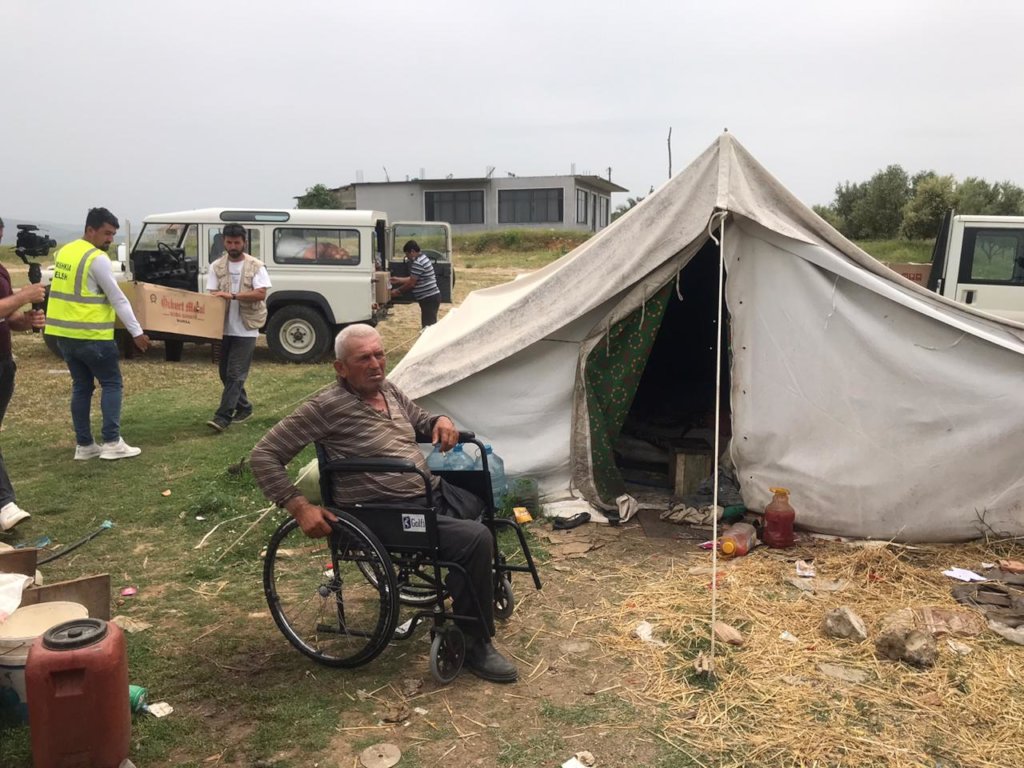 Moments from the distribution in Belsh

The project Healthy Women, Healthy families started its implementation on January 2018. So far, the implementation of the activities took place in in four villages of Kuçova Municipality (Tapi, Perondi, Magjatë and Kozarë villages). The project implementation, aims to screen for cervical cancers and sexually transmitted diseases for approximately 800 women living in rural areas of Albania. Having early treatment will improve the women’s life and their families.

March 9, 2020 in Albania was declared the emergency phase due to the COVID 19. Everything was closed down and no permission to travel around the country. Due to the pandemic situation Diakonia Agapes was not able to reach to the women and continue its activity. Starting from May 18, 2020 there will the possibility to travel to the areas but still is not permitted to continue with the gathering of the population.

Diakonia Agapes will continue the project implementation and we request your financial support to bring a change in the life of the women who live in rural areas in Albania.

Donating through GlobalGiving is safe, secure, and easy with many payment options to choose from. View other ways to donate
Foundation Spirit of Love, Diakonia Agapes has earned this recognition on GlobalGiving:

GlobalGiving
Guarantee
Donate https://www.globalgiving.org/dy/cart/view/gg.html?cmd=addItem&projid=30757&rf=microdata&frequency=ONCE&amount=25
Please Note
WARNING: Javascript is currently disabled or is not available in your browser. GlobalGiving makes extensive use of Javascript and will not function properly with Javascript disabled. Please enable Javascript and refresh this page.