The Challenge of Drought: Esther & Mary 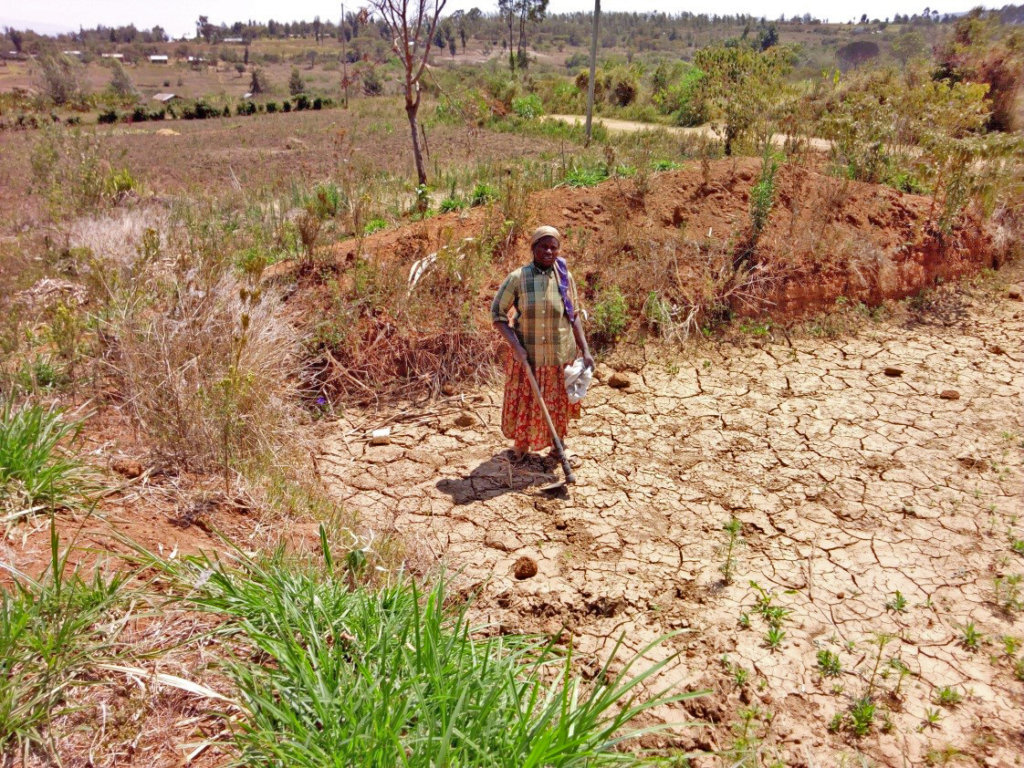 Esther standing on her drought-cracked land.

Esther is a farmer from Makongo village and a member of the Makongo Farmers Network in south-central Kenya, where she owns ½ acre of land. As a single mother, Esther began farming her land to support eight children, five of whom are in school.

Ms. Mary is a farmer in the Kasambara-Gilgil region of Kenya. Working as a shop attendant, she had always dreamed of becoming a full-time farmer. Mary eventually bought a small piece of land with her earnings and left her job to pursue her dream.

Both women began farming a traditional crop — maize, also known as corn. They prepared the land, planted seeds, tended the seedlings into plants, harvested the matured maize, and then brought their crops to market. After adding everything up, Esther and Mary each discovered that the cost for growing maize was more than they could sell it for at market.

In February 2016, a trainer from Seed Savers Network Kenya visited several farmer groups to conduct training in vegetable farming as part of our partner program. Esther and Mary participated in this training, learned the benefits of farming vegetables, and received vegetable seed donated by Seed Programs International. After switching at least a portion of their field to vegetable farming, both farmers not only recovered their earlier maize investments, but also brought in additional income and had a surplus of nutritional vegetables for themselves and their families.

Partners are critical to Seed Programs International’s work. Over the past few years, we’ve cultivated a deeper relationship with Seed Savers Network Kenya (SSNK). SSNK is a not-for-profit grassroots organization, headquartered southeast of Nakuru in Gilgil, which has been working with resource-poor farmers since 2009. They promote sustainable rural livelihoods and women’s empowerment to achieve sustainable food security, and we rely on their expertise to direct the development of our partnership program in Kenya.

Although they work with many different communities, we’re especially interested in their work with women’s groups. Together, SPI and SSNK established a training program specifically designed for rural women. Through our ongoing partnership, the women’s program is restoring hope and opportunity for families by providing agricultural training, good vegetable seeds, and tools. However, the recent drought presents additional difficulties for small-scale farmers in the region.

The Challenge of Drought

Drought in East Africa has made an already difficult livelihood even more difficult. Elphas from SSNK reports:

“This year we had a challenge of water due to a change in weather pattern. Drought was experienced till early July and Mary operated at a loss after planting her crops, which did not germinate due to drought. [Access to water] is a key problem for this family.

This year was also a challenge for Ms. Mary due to the severe drought. Keep in mind that the Gilgil sub-county is a semi-arid area. But she is better off than Esther because she has a water dam where her irrigation water is stored.

Mary’s main challenge is the acidity of her soil. She was using inorganic products before, which caused her soil to become acidic, thus making it difficult for her to grow her vegetables as before. She was able to sell a few that were harvested, earning her some income.

We're in the process of conducting regular soil testing. In fact, I did one today. We have also provided soil health, and organic fertilizer training with her.”

Esther and Mary don’t lack will or endurance — they just need access to water and good supplies. Empowerment is important at every level of an SPI partnership, from investing in the local expertise and leadership of partners like SSNK to supporting enterprising and industrious women farmers who gain more control over their lives through networking and education.

This project directly supports Esther and Mary, and women like them. We hope you’ll consider supporting them, and thank you to the folks who have already donated in support! 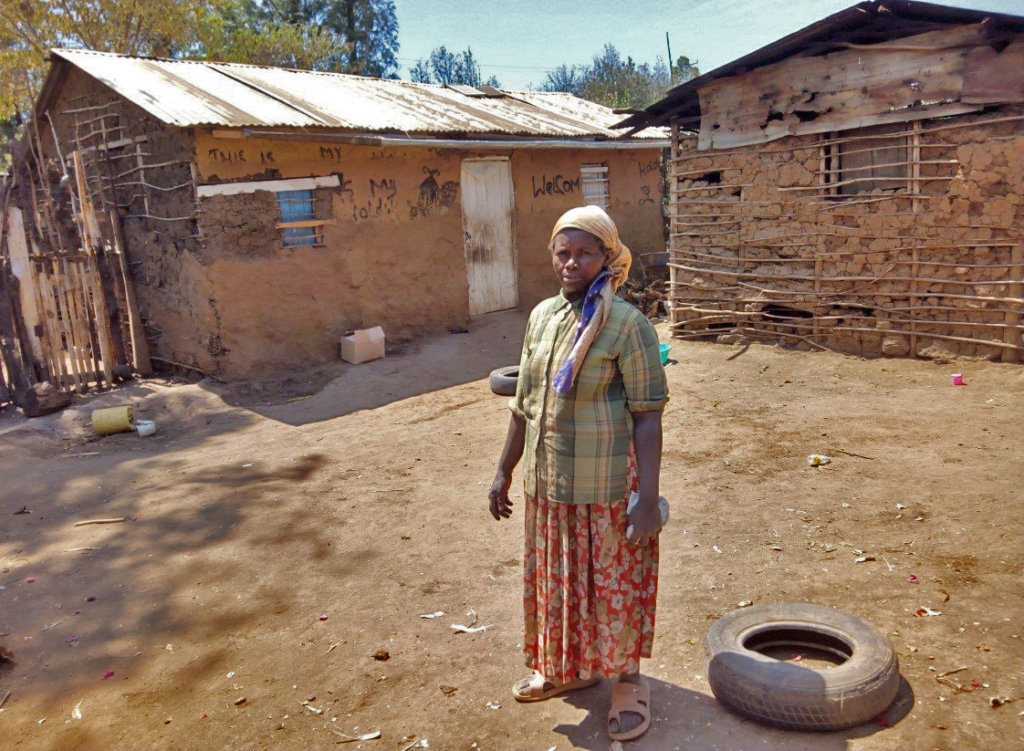 Esther at her village. 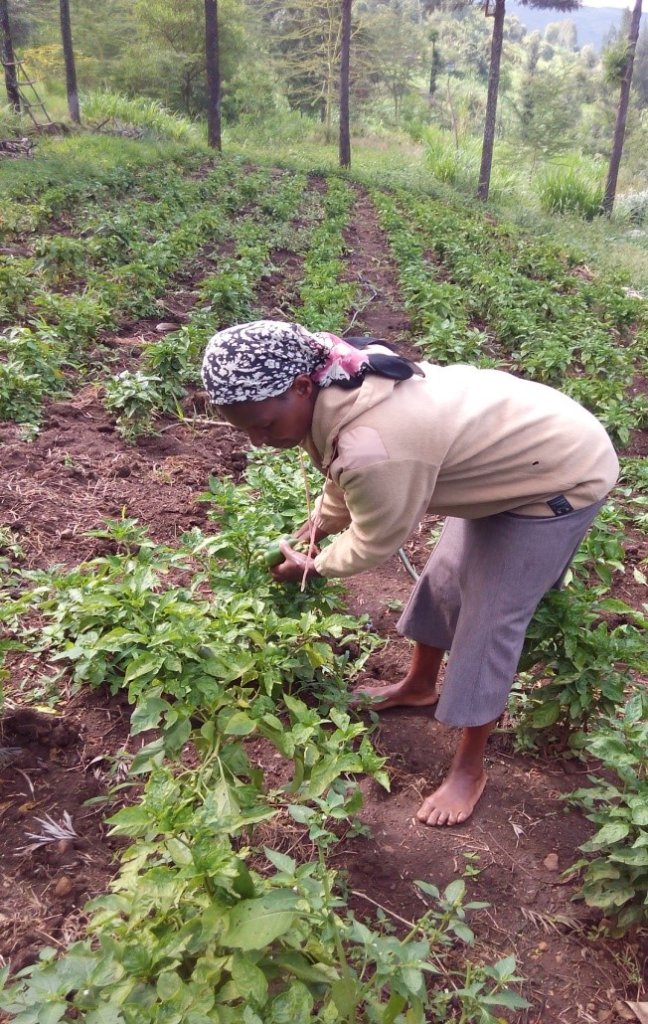 Expertise from the Diaspora: GrowEastAfrica in Ethiopia 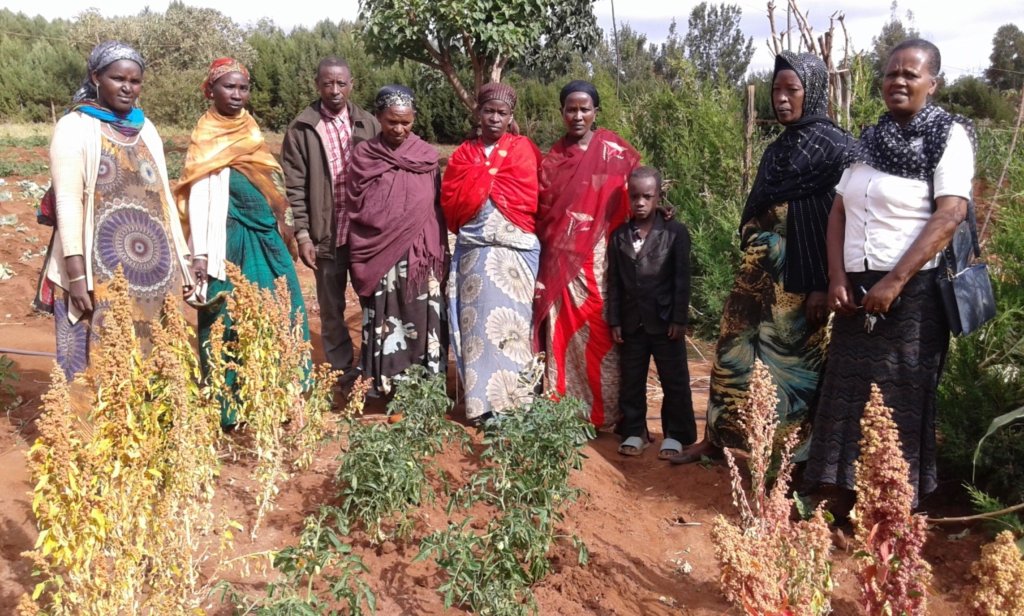 When we enter into a partnership, our partner’s goals become our goals. They know best what is needed for their success. We rely on their expertise to facilitate a relationship between us and their communities, and to ensure that the decision-making for our programs is directed from within those communities. GrowEastAfrica (a project of Diaspora Burji Community Organization), is an Ethiopian diaspora-led group based in the US who has been working to provide access to resources and training that strengthen the resilience of families in Southern Ethiopia. We’ve been working with them since early 2016.

Yohannes, one of GrowEastAfrica’s founders, recently wrote us about an initiative they began last year as part of our partnership:

“Time flies, it was just last year at this time...that we initiated a livelihood improvement project for the neediest rural families in the Burji District of Southern Ethiopia. [In 2016] we were able to distribute three goats per family for 15 of the neediest families and started a nutritional vegetable garden for 300 families. These initiatives have lifted these families from the darkest pit of poverty and shone a light on a path to hope. All families that received two female and one adult male goats last year have five goats now. Families that participated in the vegetable garden had an abundant harvest and they were able to sell the excess crops and put the money back into the project.”

With the success of the initial program, Yohannes plans to double the number of families they serve this year, from 300 families in 2016 to 600 families in 2017. With your help, we will support this expansion of services to families in Ethiopia working with GrowEastAfrica. And they’re already off to a good start:

“In early 2017, despite a forecasted drought for the region, our Burji team partnered with the community and planted selected nutritional vegetables and quinoa. The early report indicates the vegetable garden is abundant with good yields and the quinoa plants grown using seeds obtained from last year’s plants are doing well. We are very excited about the quinoa plants for their high nutritional value and their potential cash crop value.”

In the Burji District, the major rainy period for growing begins in August — just around the corner! The drought will have a major impact on families’ ability to grow food and they will rely on secondary sources, like wells, to irrigate their gardens. We’re working with partners like GrowEastAfrica to ensure that necessary resources like water storage are available to families and communities that need them.

They are doing great work and we are proud to work alongside them. We hope you will, too! 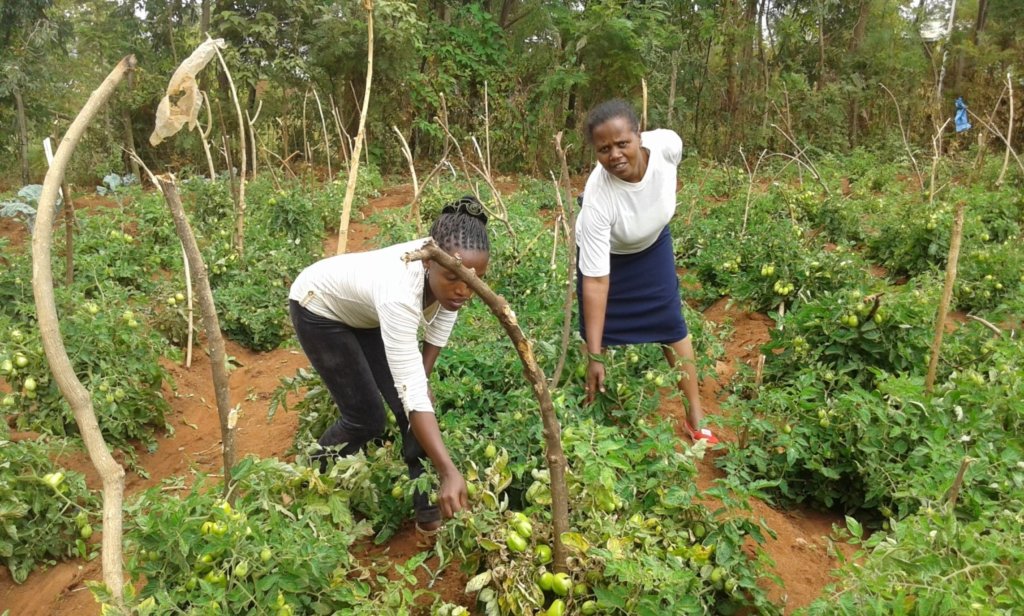 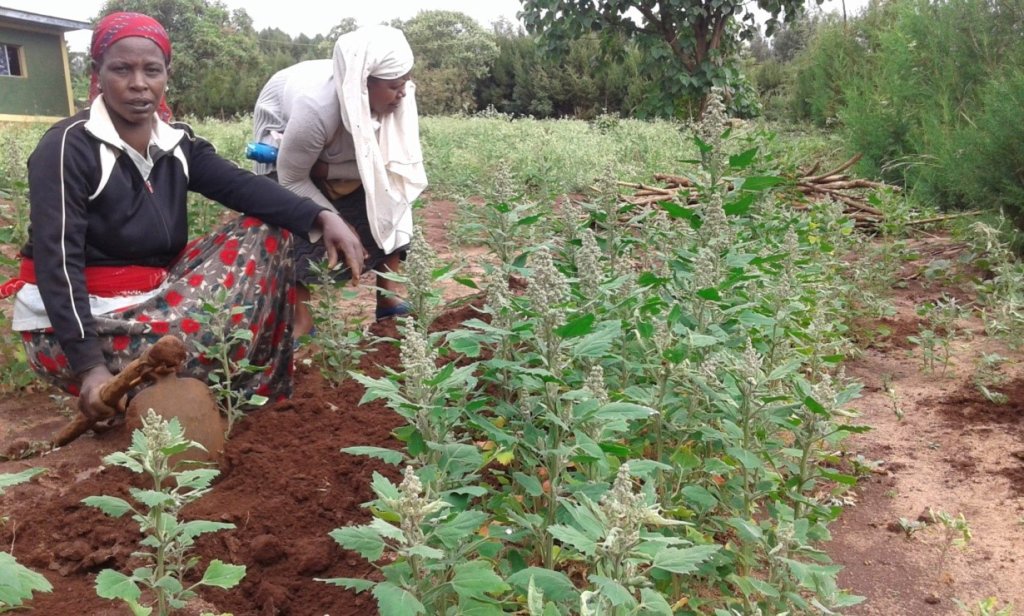 A community garden organized by GrowEastAfrica 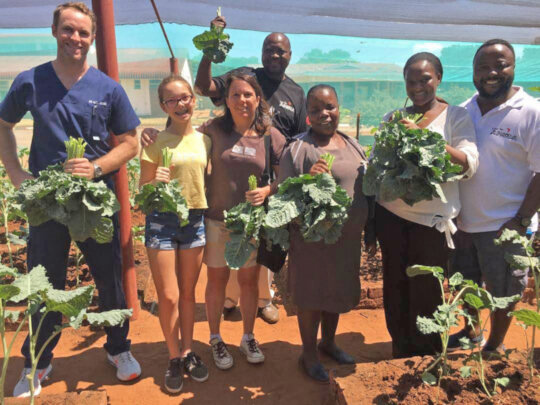