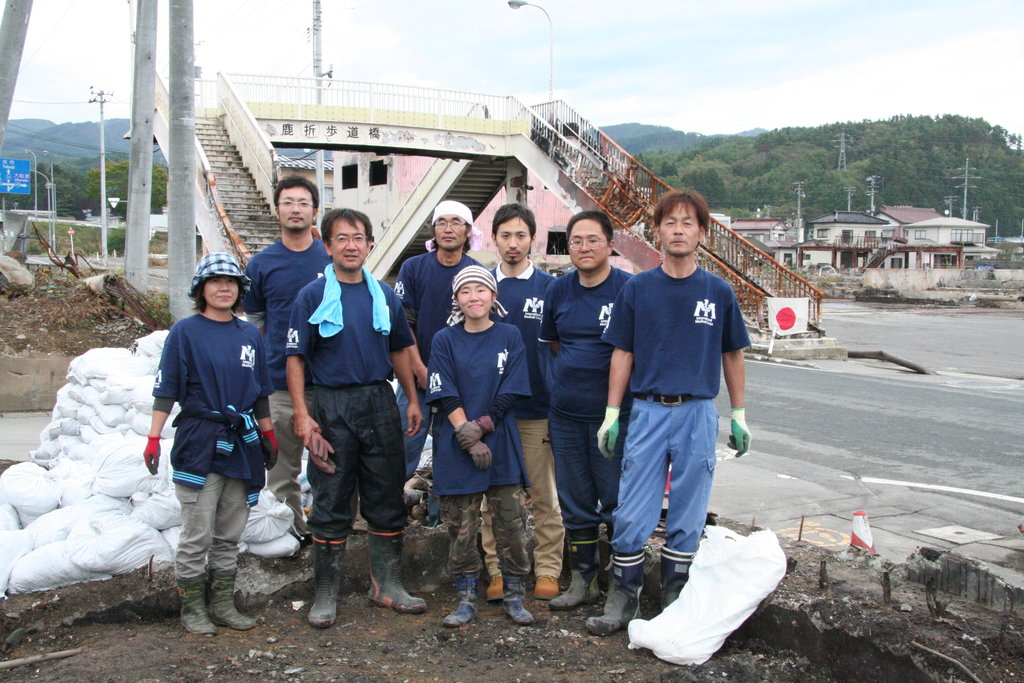 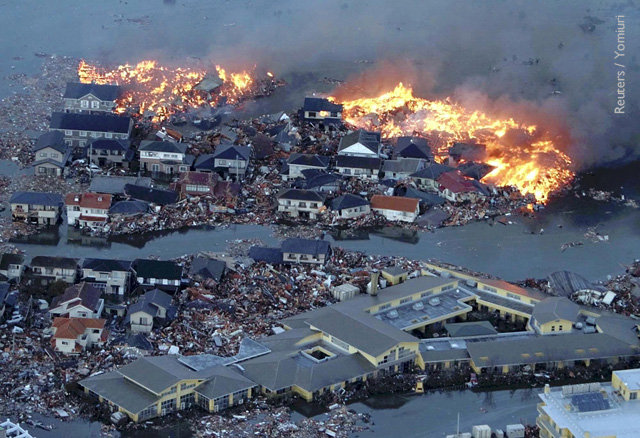 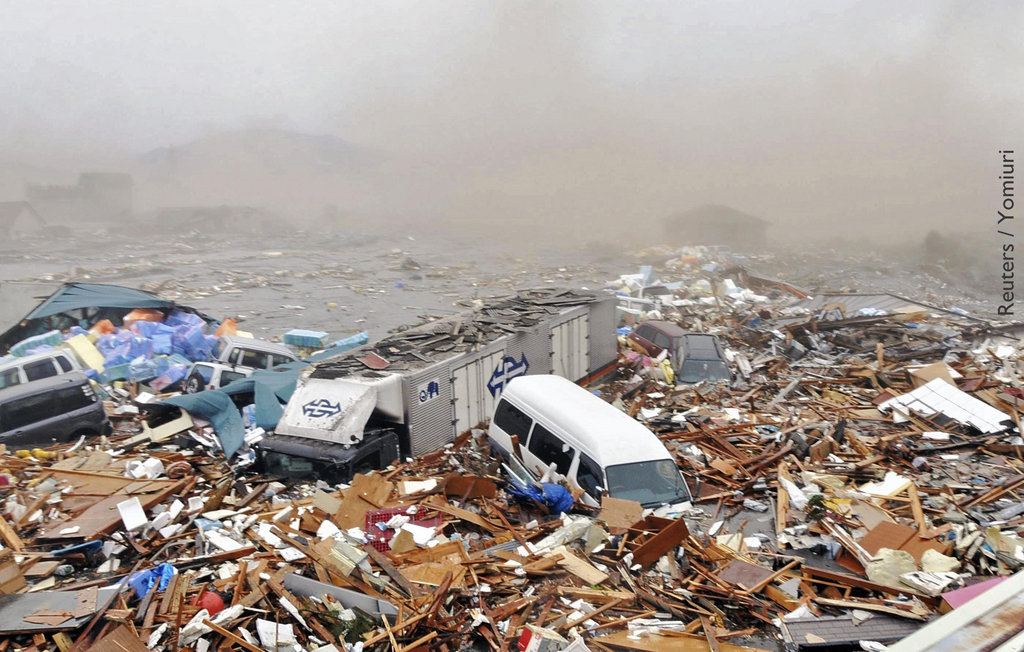 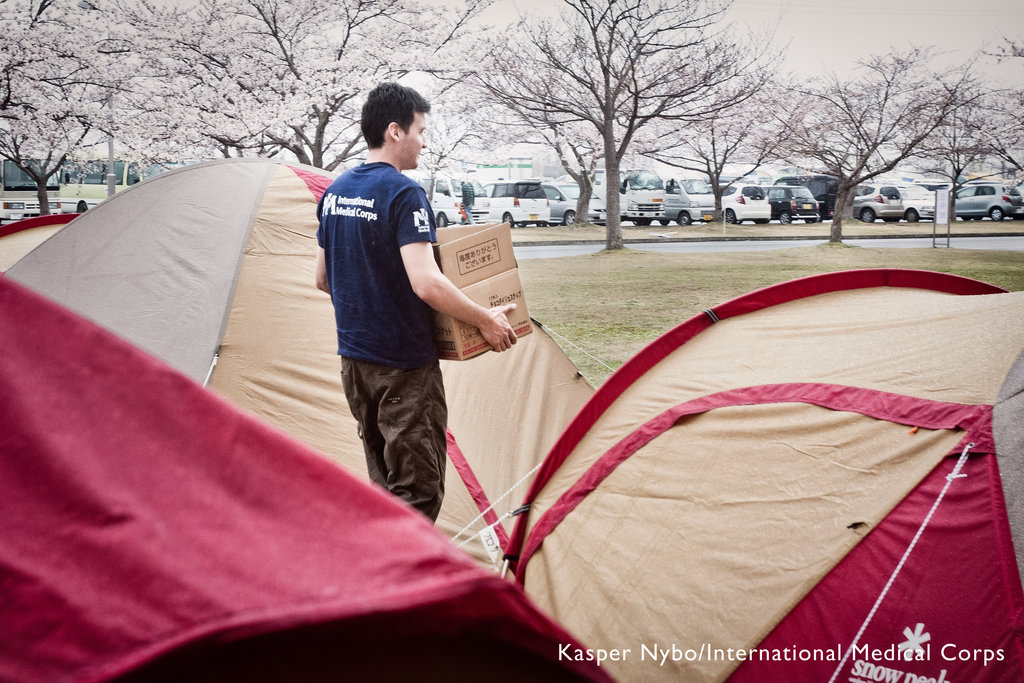 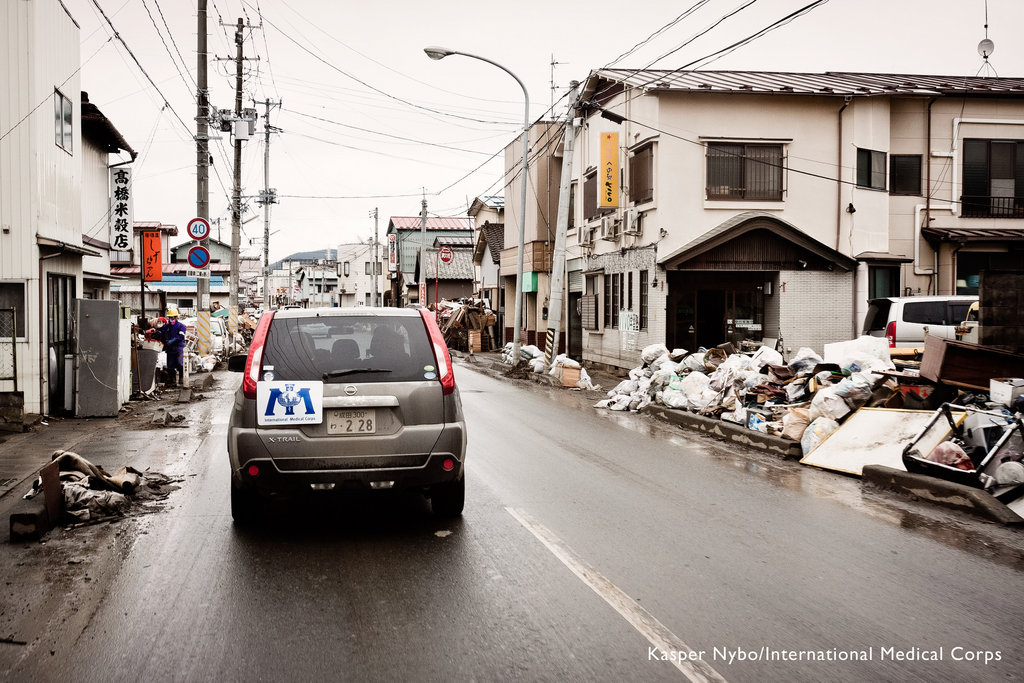 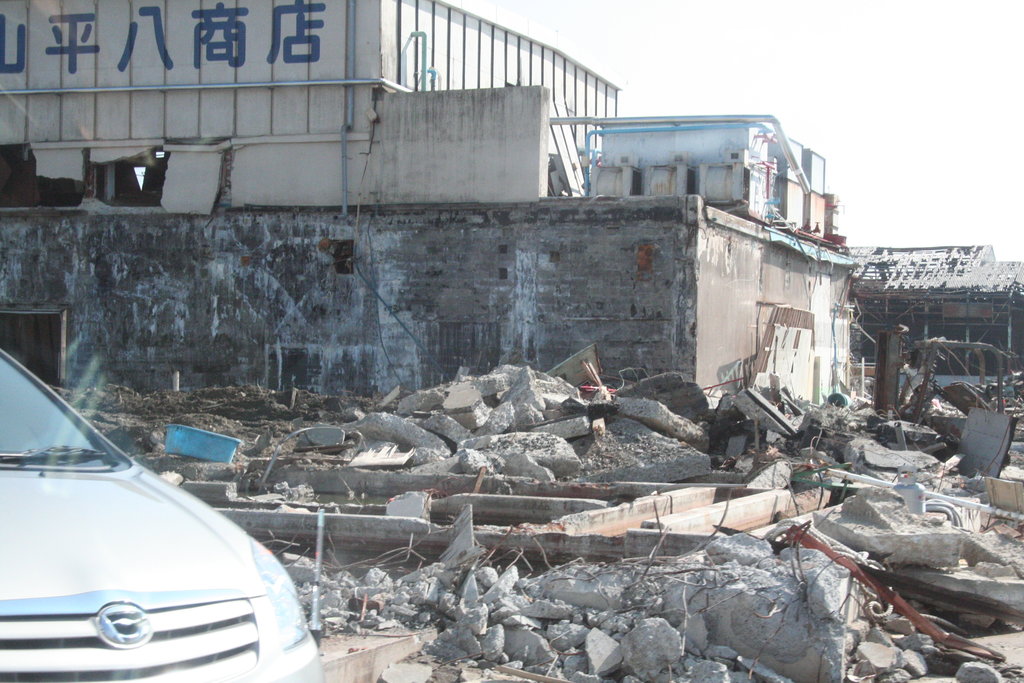 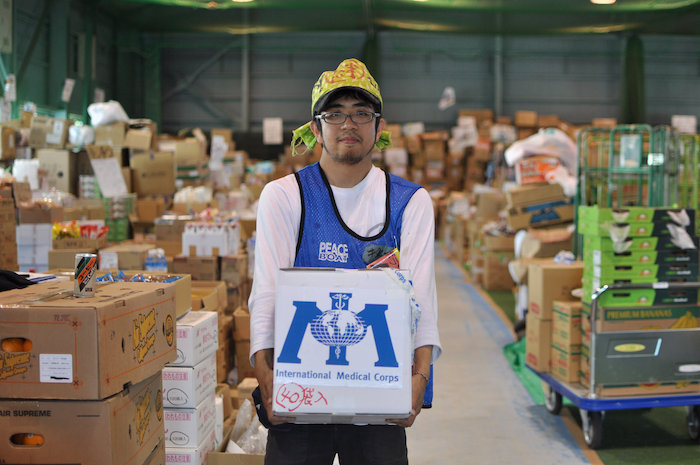 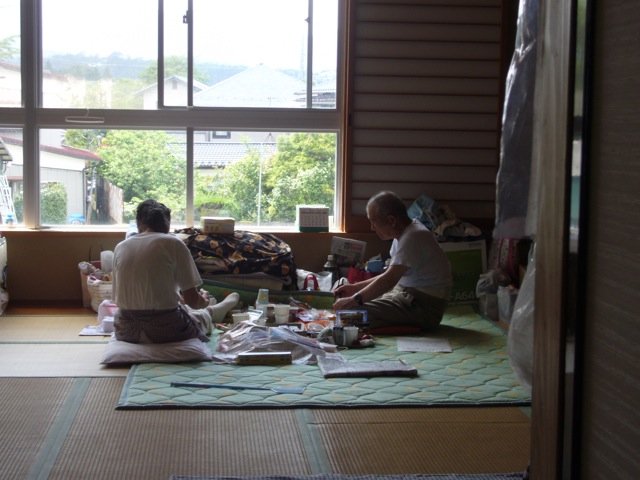 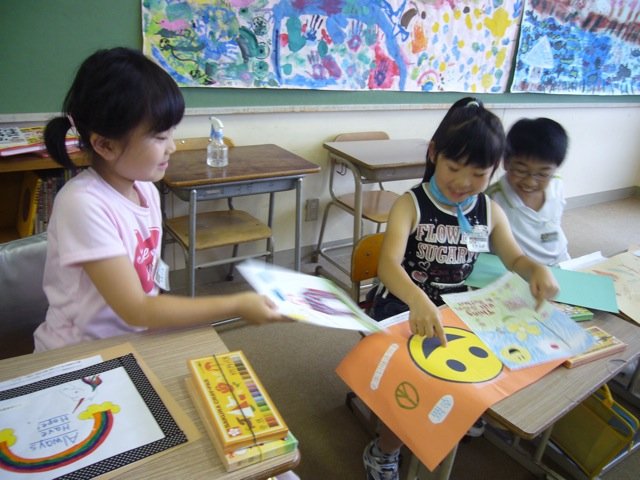 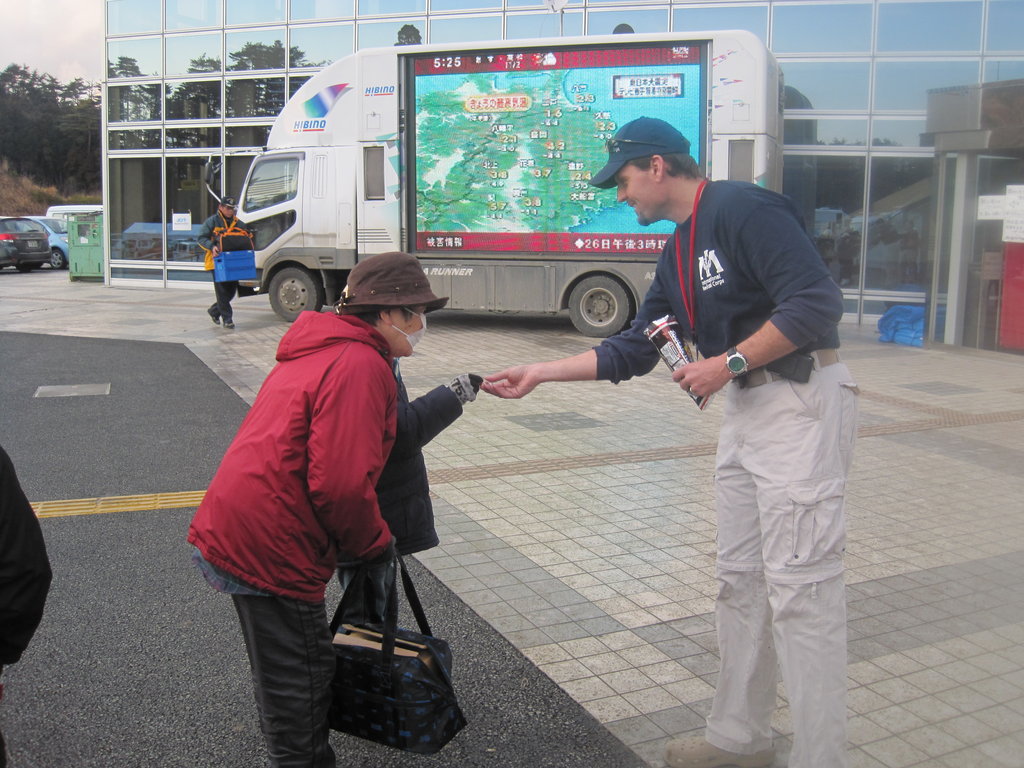 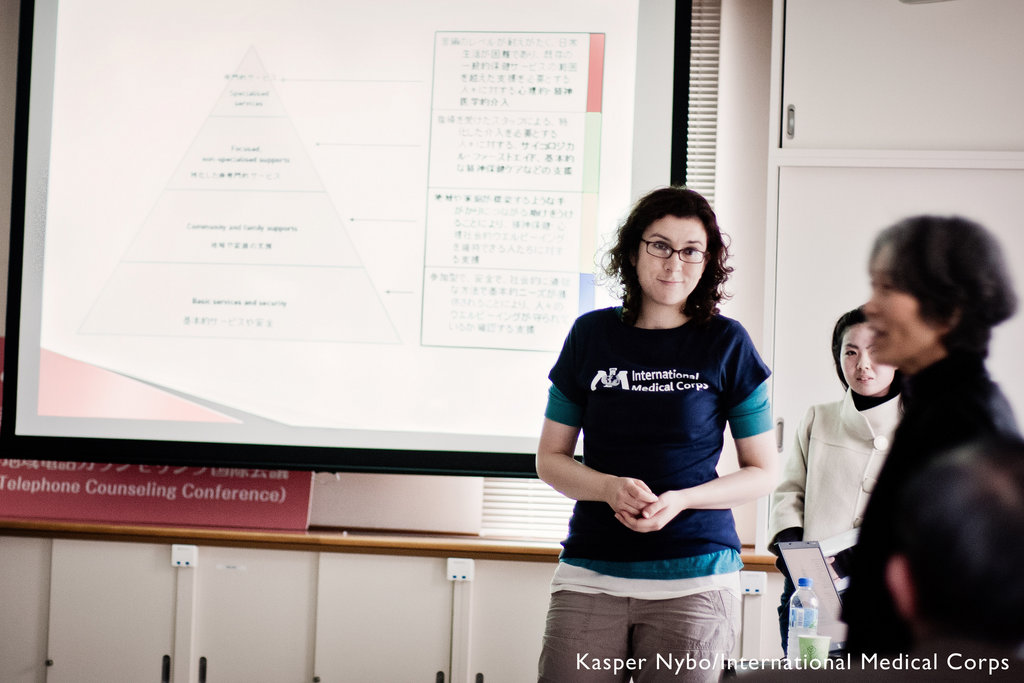 Three months ago, a 9.0-earthquake - the fourth largest globally since 1900 - struck off the coast of Japan, triggering a tsunami that buried coastal villages in a wall of water. An estimated 23,000 people lost their lives and while the waters have long receded, the devastation and loss is still paralyzing.

Northeastern Tohoku, once a hub for fishing and farming, is now muddy wasteland covered in 25 million tons of rubble. More than 90,000 evacuees remain homeless, living in some hundreds of crowded shelters without jobs or a promise to return home.

As part of these efforts, we have partnered with Tokyo English Life Line (TELL), a telephone counseling service, and are training their counselors in psychological first aid and other techniques that are crucial in supporting disaster survivors. Because of these trainings, 80 TELL staff are now well-versed in psychological first aid, in addition to 93 other responders and frontline workers from other institutions in Japan.

Together with TELL, International Medical Corps also held eight workshops for 301 parents and teachers on how to create a supportive environment for children - as well as nine workshops for 150 staff from different companies on coping skills for management and employees. International Medical Corps also distributed more than 400 handouts on positive coping strategies to people in the affected areas and organized a two-day mental health and psychosocial conference that drew 100 students, teachers, and professionals from across the country.

We are committed to helping communities heal and rebuild after this tragedy.  From our team in Japan and the families we’ve been able to help, thank you so much for your generous support.

In Tsunami-Ravaged Town, a Gift of Hope 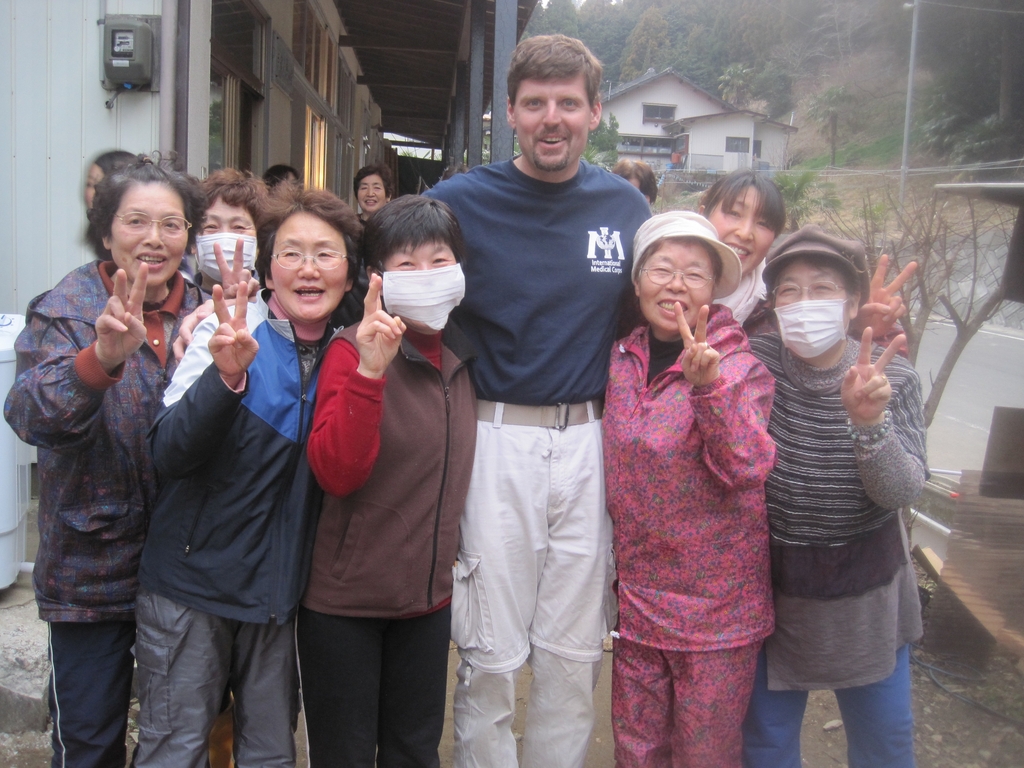 Every job has ups and downs, but today topped all other “up” days.

Japan’s Prefectural Office of Disaster Assistance asked International Medical Corps to assess an area called Ogatsu-machi. A small fishing and oyster town of roughly 4,700 people, Ogatsu was extremely difficult to access after the tsunami, as most of the roads and bridges leading to it were washed away. To get there, our team came by road through the mountains to the west, a route that just recently became possible thanks to recent road repair.

When we arrived, we found that the village had virtually nothing.

Roughly 75 percent of the town had been completely destroyed by the tsunami; 1,300 people are living in 16 evacuation sites, some of which house as many as 600 people. Electricity is available only at sites that have generators, and cell phone service is still out.  On top of this, 50 percent of Ogotsu’s population is older than 60, creating a need for consistent medical care and management of chronic illnesses.

Despite the town’s isolation, they were receiving medical services, thanks to the work of local humanitarian organizations and volunteer doctor groups - and had food, clothing, and, blankets. What they needed, they said, was a washing machine, plates, and new chopsticks (they had been using the same ones for going on 10 days which was unsanitary).

The next day, we woke up determined to get what they needed. We bought two washing machines, two water tanks, laundry detergent, hangers, plates, and chopsticks and hit the road back to Ogotsu, where we were directed to one of the 16 evacuation centers.

When we got there, people poured out to see us. A group of ladies soon surrounded me and asked me all kinds of questions. I told them I was from American and came to help.  Then one of the ladies said she had lost her daughter to the tsunami. Another woman said she had lost her house and her cat.

Despite their tragic losses, the women were all smiles and giggles. One of the women reminded me that laughter was the best medicine of all, not just for them, but for everyone involved, including me.

I wanted to share this story because I want those who supported our emergency relief efforts in Japan to know that, because of their support, we were not only able to provide the people of Ogatsu with what they needed, but were also able to give them something priceless - hope. They know now that the world cares and is trying to help.

And there is no better gift than that. 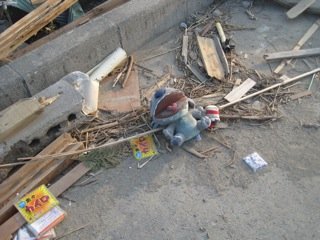 Two weeks after the massive earthquake and tsunami struck the coast of Japan, our emergency response team has reached the hardest-hit coastal areas that have yet to receive humanitarian assistance.

The total number of deaths is now feared to be greater than 18,000 with approximately 380,000 currently housed in temporary shelters. Our team found that supplies of food and water are now generally improving in the evacuation centers, but some specific food items and medications are still needed. In response, we have delivered packaged baby foods and medications including nasal sprays, antihistamines and eye drops. In addition, we’re helping improve on the ground communication between evacuation and coordination centers by distributing laptops, satellite phones, and walkie-talkies.

Survivors, many of whom have lost loved ones and homes, are in need of mental health support. According to team member Dr. Mutsuo Ikuhara, "we saw first-hand how extensive the material and human damage of the tsunami and earthquake was. Displaced people lost everything and require much emotional support. We are deeply moved by the strength and dignity of the people and their terrible suffering."

Our team is coordinating with the Japanese government to fill critical gaps, provide support, deliver supplies, and if needed, deploy four medical teams on standby. Thank you so much for your generous donation. We promise to keep you updated on our emergency response in Japan. 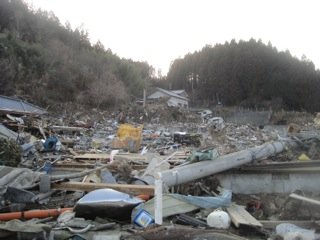 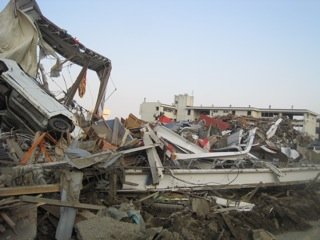 Piled up debris at Rikuzen-Takata. 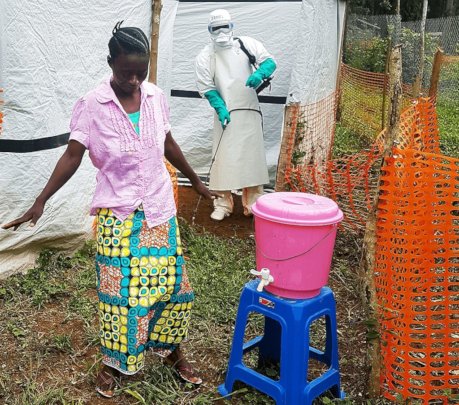 Emergency Response to the Ebola Outbreak in DRC
Find a Project

GlobalGiving
Guarantee
Donate https://www.globalgiving.org/dy/cart/view/gg.html?cmd=addItem&projid=7687&rf=microdata&frequency=ONCE&amount=25
Please Note
WARNING: Javascript is currently disabled or is not available in your browser. GlobalGiving makes extensive use of Javascript and will not function properly with Javascript disabled. Please enable Javascript and refresh this page.