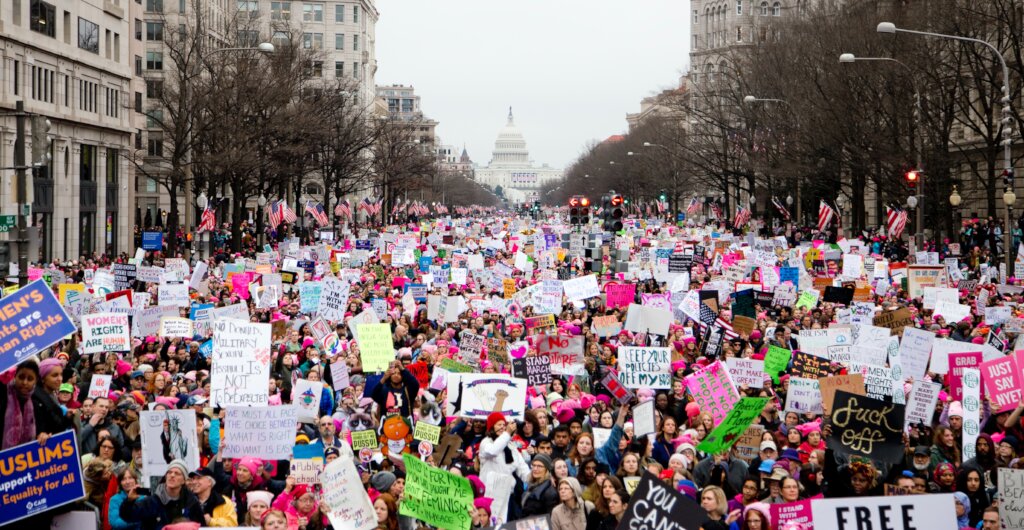 My mother and grandmother marched for reproductive justice in the 70s.

In the 80s and beyond, as a direct result of their activism, I had the luxury of taking reproductive justice for granted.

Today, my 16-year-old daughter is stunned and angry that she has to fight for reproductive justice all over again.

In August of 2022, when we were reeling from the Supreme Court’s decision to slash and burn our reproductive rights, we at 3 Generations began our exploration of reproductive justice through an intergenerational lens. One of the young women we interviewed aptly summed up how many of us were feeling:

According to the Pew Research Center, over 60% of the population of the US supports legal abortion. In spite of that, abortion and reproductive rights remain one of the most politically charged and hotly contested issues of our time.

However, the news isn't all bad, we're feeling cautiously optimistic about the future because of the current trends. The midterms were eye-opening in many ways.

In republican-leaning Kentucky, an antiabortion amendment was defeated.

In Michigan, Governor Gretchen Whitmer was reelected partly by championing abortion rights, and abortion rights were enshrined in their state’s constitution as they were in California and Vermont.

Watch this space as we continue to bring you the voices, young and old, who will help shape the future of reproductive justice.

Make a monthly donation & get matched today at 100% while funds remain. Terms and conditions apply.
Give the gift of stability in a time of instability. Set up an automatic, monthly gift now and get matched at 100%—because the COVID-19 pandemic has hurt us all, and it will take all of us to overcome it. Terms and conditions apply.
Monthly giving is as easy, safe, and as inexpensive as a Netflix subscription. Start a monthly donation to 3 Generations today and get matched at 100%. Terms and conditions apply.
$50
USD
monthly
Funds one interview with a young person about their reproductive justice experience
›
$100
USD
monthly
Funds research into ever-shifting abortion laws in the United States
›
$150
USD
monthly
Funds one Livestream event about an intersectional reproductive justice topic
›

GlobalGiving
Guarantee
Donate https://www.globalgiving.org/dy/cart/view/gg.html?cmd=addItem&projid=56433&rf=microdata&frequency=ONCE&amount=25
Please Note
WARNING: Javascript is currently disabled or is not available in your browser. GlobalGiving makes extensive use of Javascript and will not function properly with Javascript disabled. Please enable Javascript and refresh this page.