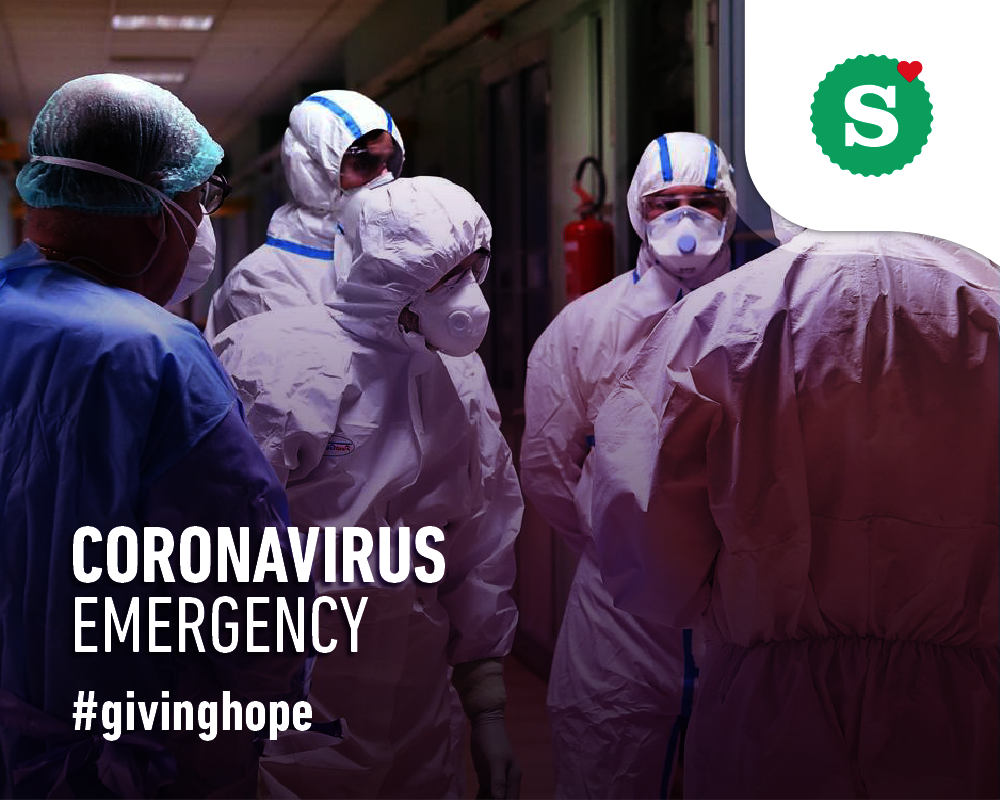 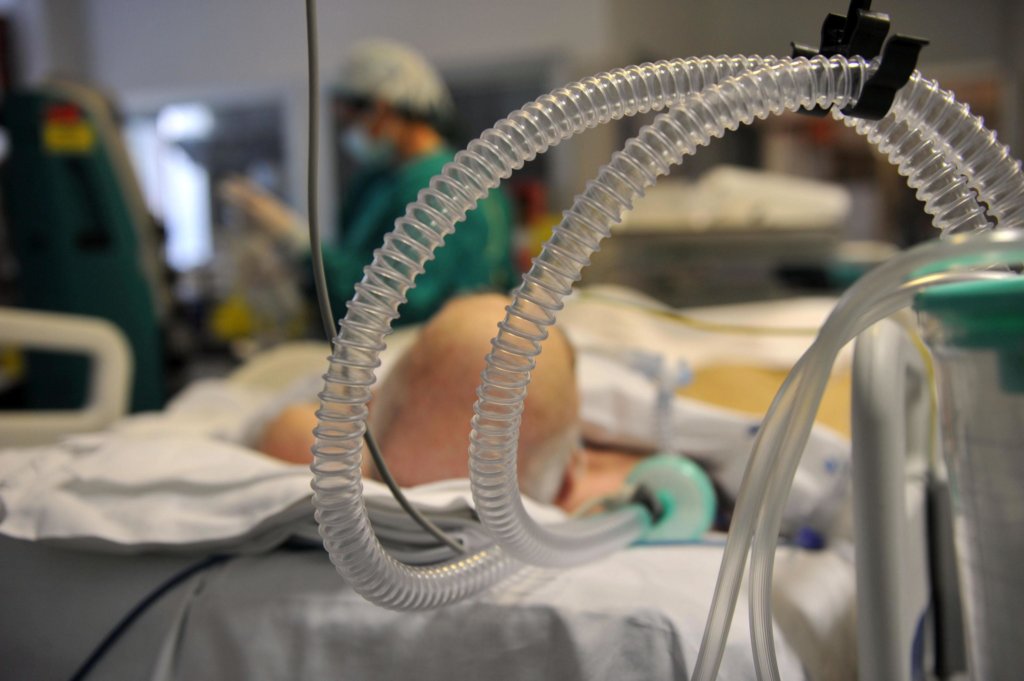 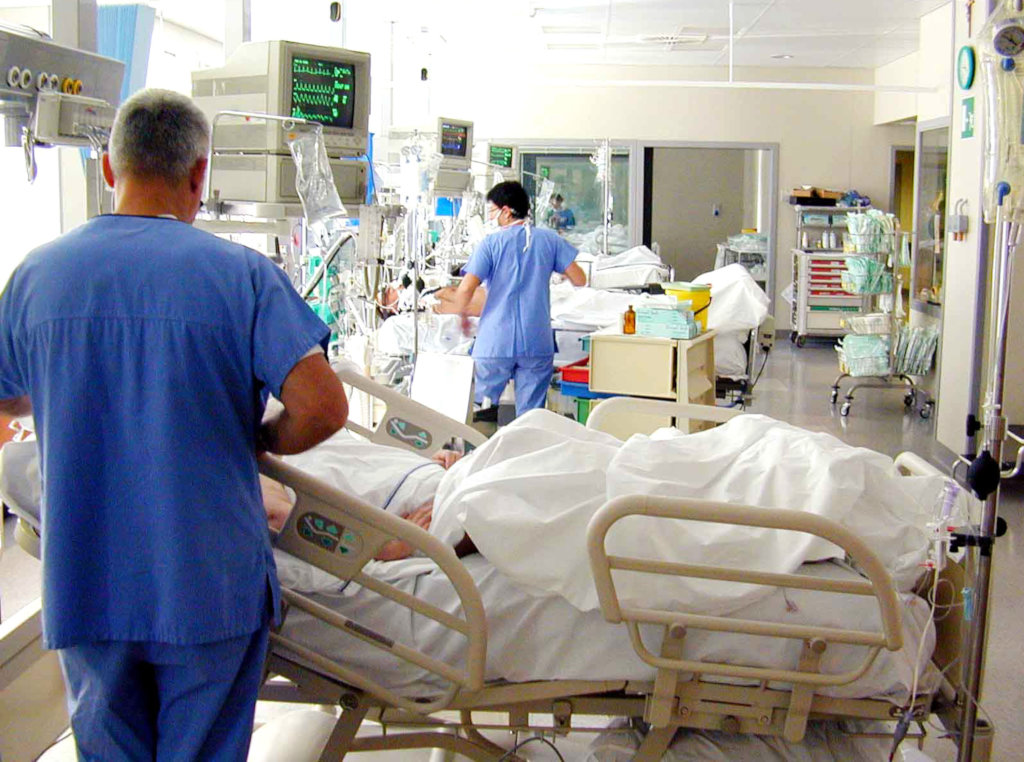 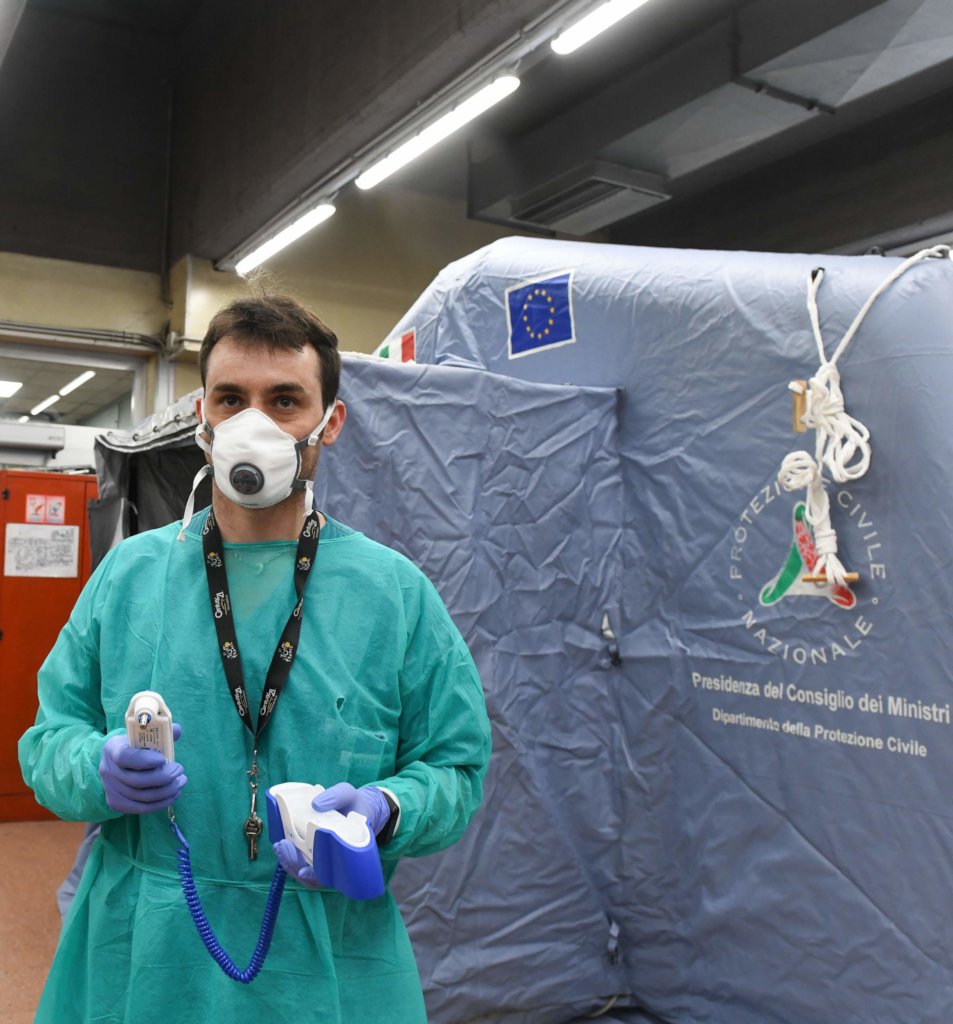 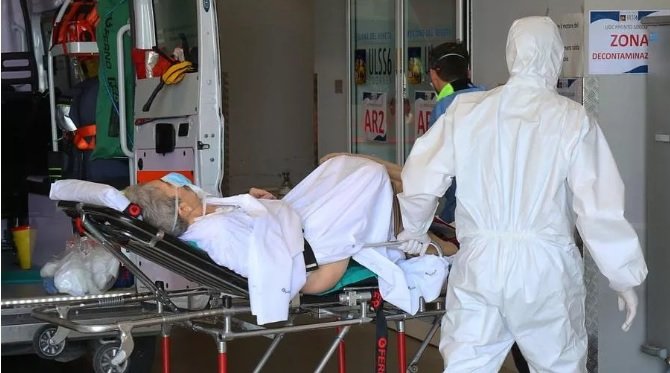 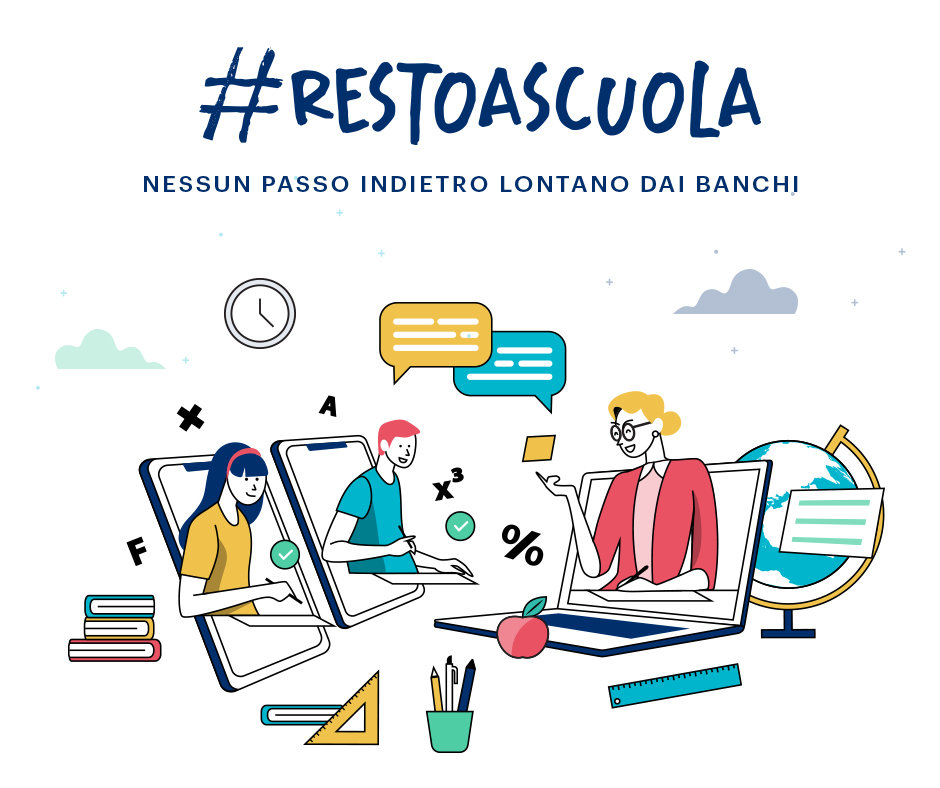 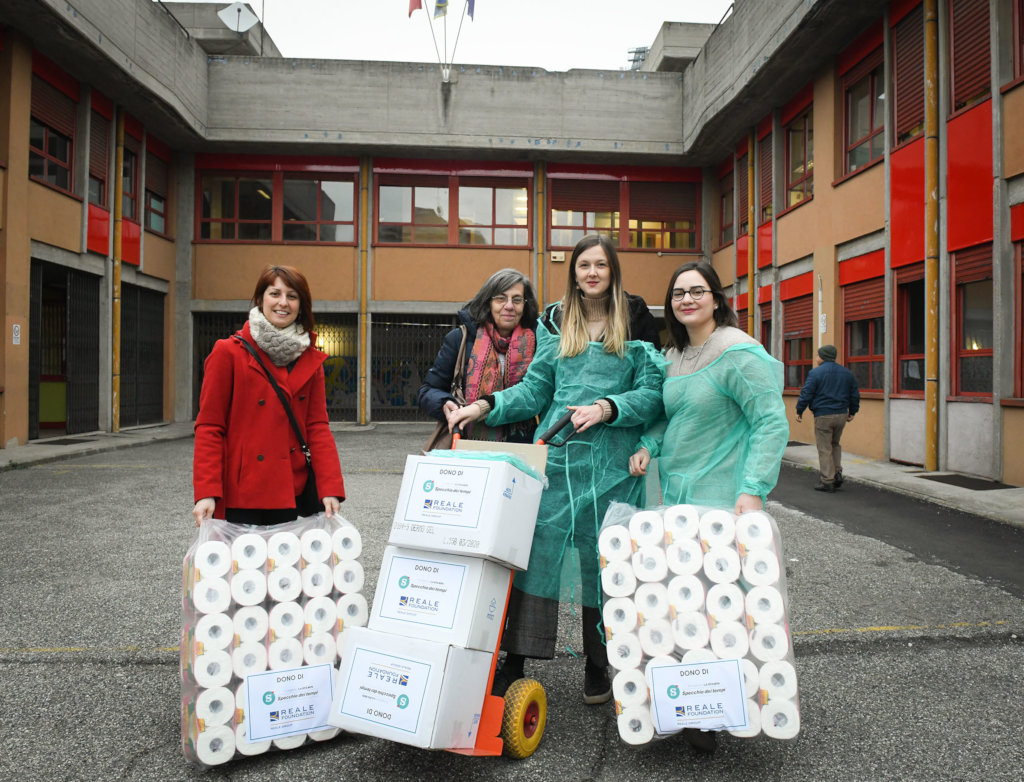 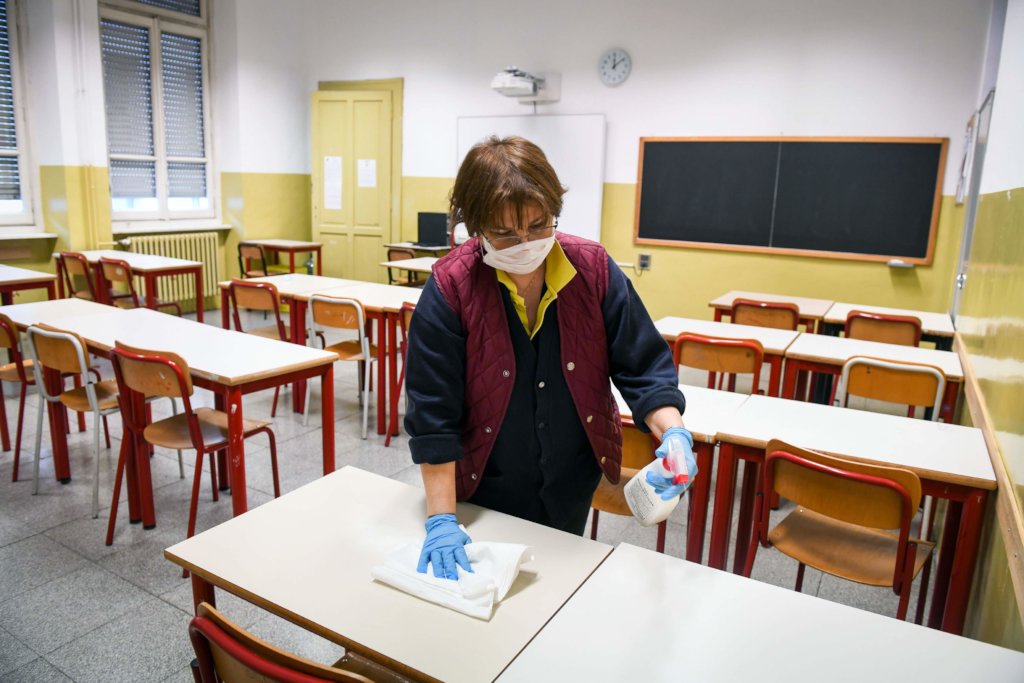 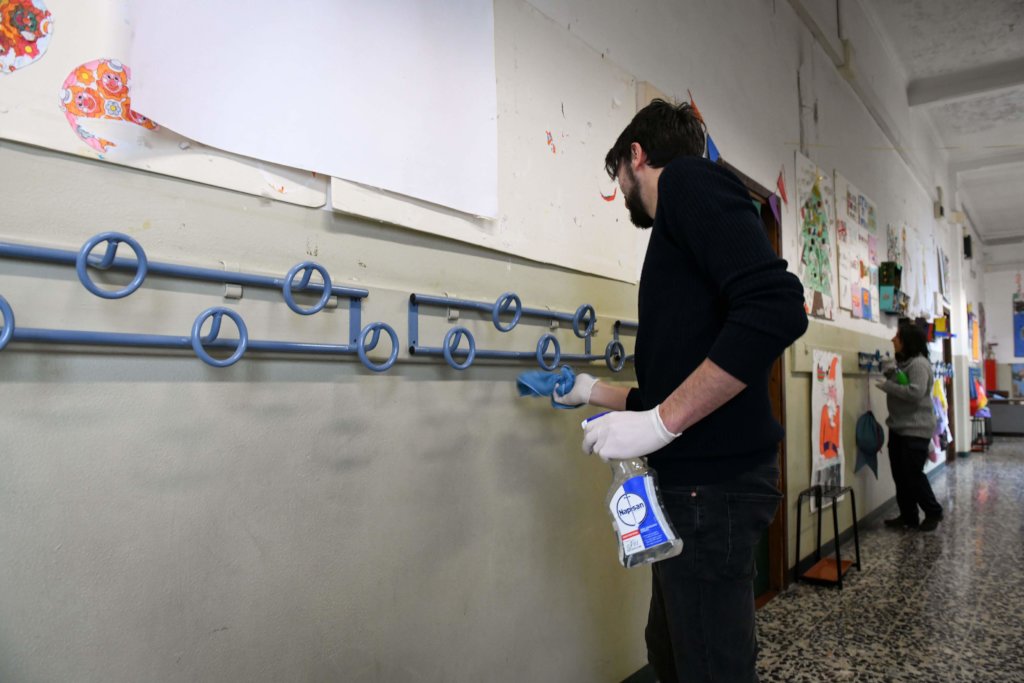 On Friday, April 3th, "Specchio dei tempi" contacted 250 small businesses who won the announcement "Un respiro per Torino 2" ("A breathe for Turin 2"), the second edition of an announcement started in March 2020 in support of firms and small companies in the Turin area. The announcement, launched on March 6th, had the goal to support those realities hardly affected during the Covid-19 emergency and with not enough tools to face the crisis.

Among the 687 requests received, 500 owned the necessary requirements. On Tuesday, April 6th, 250 small businesses, those who looked to be in greater difficulty, received their 2,000 Euros deposits. Some of them are long-running, such as a glass-maker (1970) or a barber (1973), while a significant percentage has been started in the last 5 years. They are coffee shops, bars, restaurants, barbers, cobblers, booksellers, decorators, touristic guides, ski instructors, photographers and electricians.

Such an initiative repeats a similar interventions started exactly one year ago, always in support of the productive sector. So far, we have helped 700 small enterprises, mainly in Piedmont, for a total of 2.5 million Euros distributed since the beginning of the Covid-19 emergency. 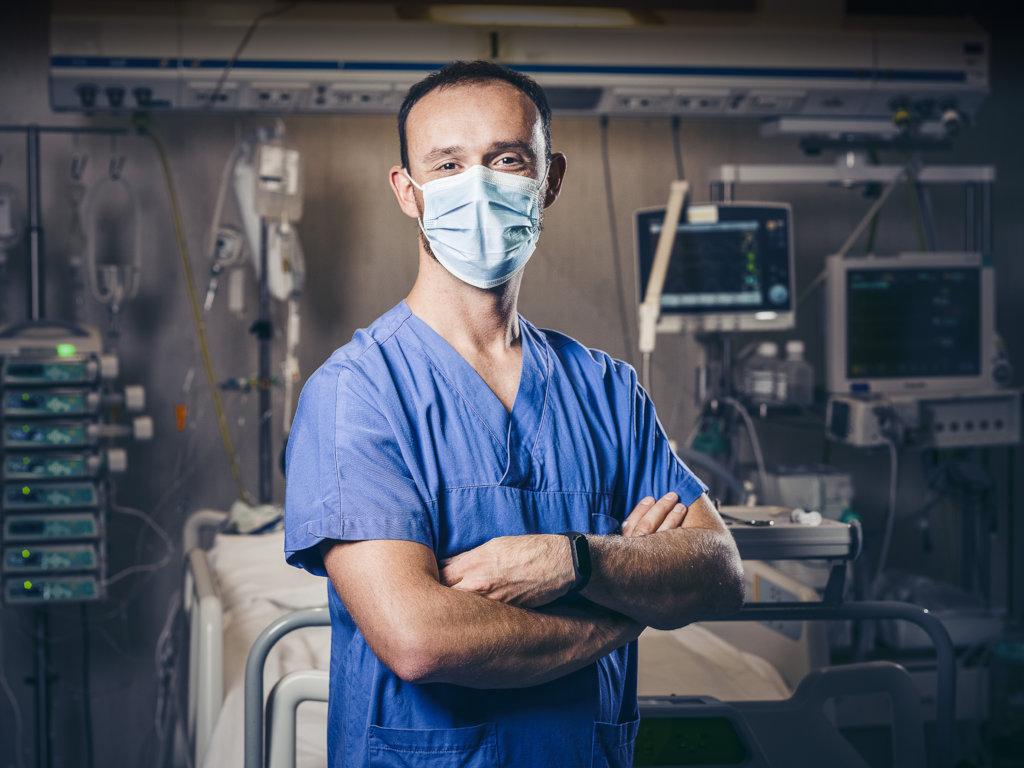 A nurse in Turin hospital during Covid emergency

Coronavirus changed our lives, since its worlwide spread during 2020, but one thing that never changed is the willingess of Specchio dei tempi Foundation to help. In 12 months, thanks to over 16 thousand donations from 70 countries all around the world, we have been able to donate more than 8 million euros to hospitals, schools, small businesses, families and lonely elderly.

On one side, we purchased and distributed over one million masks, gloves, gowns, caps and visors to doctors, nurses and rescuers in Piedmont, and we donated 150 pieces of equipment to twenty hospitals in the area. On the other side, Specchio dei tempi provided economic support to 3,000 needy families and delivered, with the "Specchio d'Italia" project, more than 17,000 shopping packages to lonely elderly all over the country.

Additionally, Specchio offered 250 schools practical resources to sanitize the environments and bought 1,000 tablets to facilitate distance learning of the poorest pupils. Finally, Specchio distributed 1.6 million euros to sustain small local businesses; a new edition of this project, "Un respiro per Torino", has just been launched, to provide a renovated economic support to more artisans, traders and restaurants in Turin.

The work of our Foundation keeps going on, and you can follow it on our website: thanks to your help, our efforts will still bring a new hope.

as you know the sanitary crisis isn't over yet. Even though the numbers are growing at a much lower pace compared to the ones of this spring, the situation is still drammatic. While the virus spreads the businesses are stuck and are having a lot of issues in gettting back up given to the economic crisis that has followed the lockdown.

This is why Specchio dei tempi, through the project Spcchio d'Italia has launched tenders to help the small businesses in difficulty.The situation in Venice is infact drammatic as the city not only has been struck by the consequences of Covid-19, but before that the area was strucked by a flood back in november. This made even more difficult for samll enterprises to get back on their feet.

Our Foundation has made availble 60.000 euros to help the small businesses, but this is not enough. We need your help to raise more and help as many enterprises as possible. Keep supporting our work to help the Venetian community and economy get back on their feet after this tremendous year!

Stay tuned for new initiatives and keep supporting us!

we wish to thank you one more time for your help. Your contributions have helped us to aid the hospitals, enteties, families and schools during the peak of the emergency.

Once the situation has stabilized, we had the chance, thanks to the contribution of big donors, to extend our aid to help families and elderly outside the Piedmont regions, reaching out to 5 new territories. This lead to the development of a new national project: Specchio d'italia. Through this project we aim to help not only families and single individuals, but also small businesses that during this time are facing serious difficulties and risk closure. This is why we have launched different tenders to help small enterprises in Turin, Cuneo and Sassari. Now it's Venices turn.

Venice, know for her art and historical beauty, has been struggling a lot in the last year. Striked by a flood back in November 2019, and by the lockdown in March, the city is having a tough time to get back on her feet.

This is why we have launched a tender to help those small business that are at risk of shutting down. We are currently raising money to have the opportunity to expand the tender and help as many enterprises as possible. You can learn more about the initiative by clicking here.

Continue to support the Foundation and help us sustain the Venitian business and give the the possibility to overcome this tough time!

We are very grateful to have you on board during this difficult historic period.

Thank you again for your support!

HOW WE ARE USING YOUR DONATIONS 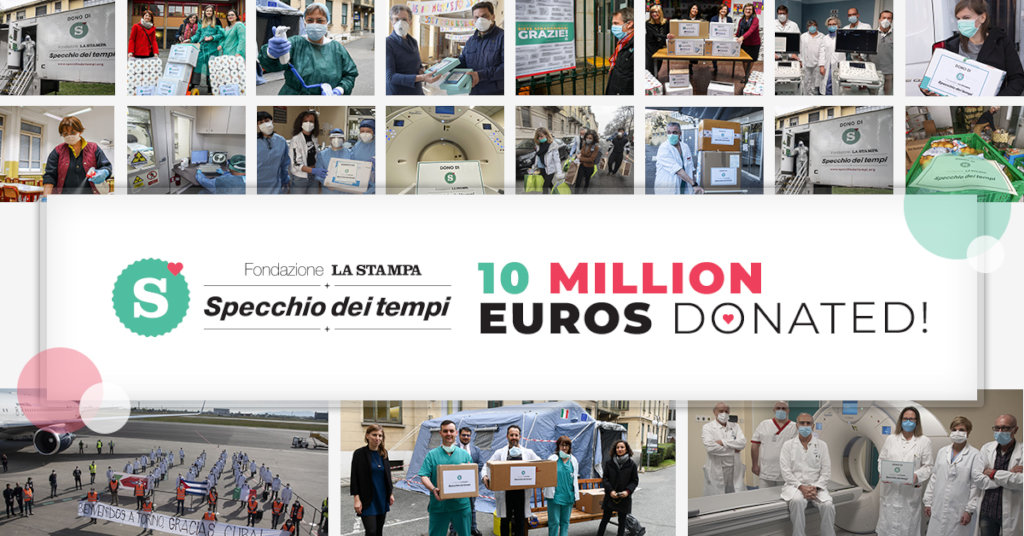 10 million euros raised. This is an incredible record as this is the most conspicuous fundraising organized by a private foundation in Italy. This outstanding milestone has been possible that to 15.827 single donations also thanks to the many donors who have tipped in from over 100 countries.

Specchio’s team took action immediately in the first week of March in the healthcare sector. We committed to help doctors and nurses in distress during the violent emergency. Our focus was on finding PPE materials and other medical equipment that have all of a sudden become impossible to find. During the 60 days following the subscription, we have donated two CT machines and 146 avantgard machineries and equipments for 19 hospitals in the Piedmont Region. These include 68 pulmonary ultrasounds and monitors, 41 bed for the intensive care units, 27 equipments for the different units, 6 software instruments, 2 radiology systems. We have also supplied 1.013.752 PPEs that inclus, masks, coats, gloves, goggles, visors and she covers for 136 healthcare structures.

This intervention has absorbed almost half of our resources, while the rest of it has been strategically divided within different sectors such as the schools,the families and elderly in need. In the education sector, we took concrete action by donating one thousand tablets to 30 schools in Turin. This initiative was thought to help those children in need to keep up with the program and stay connected. We have also donated 300 sanitizing kits and billboards with the safety instructions to the schools in order make sure that they are ready to welcome the students back.

On a social scale we have assisted, together with the staff of our front office Specchio Point, thousand of families and elderly in need. In March we have started organizing the distribution of numerous grocery bags that have been delivered directly on the doorstep of these families.  This project is now evolving into the project of Specchio d’Italia.Thanks to the contribution of Reale Group and the Group Cassa di Risparmio di Asti, we will continue with this service in 18 cities in 5 different Italian regions. In the next weeks we’ll be distributing up to 16.800 grocery bags.

Given the situation it is essential for us that our territory gets back on track. This is why we have launched a grant to help 220 small business in the area of Turin. The same initiative was thought for Cuneo, in the world known Langhe area, together with the support of the local banks and enterprises. The support that has and keeps on arriving from abroad is still incredible. Donations keep on arriving from Germany, Bangor (Maine), Norway. All with different amounts but always accompanied by words of support.

In 80 days the foundation has raised over 200 thousand euros from 67 different countriesfrom all over the world. To name some: Puerto Rico, Pakistan, Spain, Norway, South Africa, Brazil, Canada Japan, India and  Iraq. This is probably due to the 65 years of tradition dedicated to hard work in helping in case of natural disasters all over the world, but also thanks to the contagious solidarity that has been spread on the internet.  Our website, in fact, has been translated not only in english, but also in chinese. This gave us a chance to tell our story also in China and touch the hearts of many generous people who have donated over 10 thousand euros. Germany and the UK have been, up to now, the most generous countries after the United States who have reached almost 600 donations and 90 thousand euros mostly through the  GlobalGiving platform. This sums up to 10%  of our donors.

What has touched our hearts is not only the outstanding numbers, but the words arriving from all over the globe. Forbes has listed Specchio as number one Onlus Foundation for donations in Italy. Which is a great honor. We can’t get enough of the incredible heartfelt messages that we keep on receiving from the donors that are doing the best they can to help.  A man from Thailand sent s a heartwarming letter: “Dear Italians, I am sending you love, light and hugs. Especially to the sick, to those who have lost their dear ones during the pandemic and all of those who are fighting daily against this virus”. Another man promises to send 600 euros from Bahrain and says: “Don’t ever think that the world is turning their back on you. We are here to support you in the best way possible. Stay strong Italy, you’ll win against Covid”. 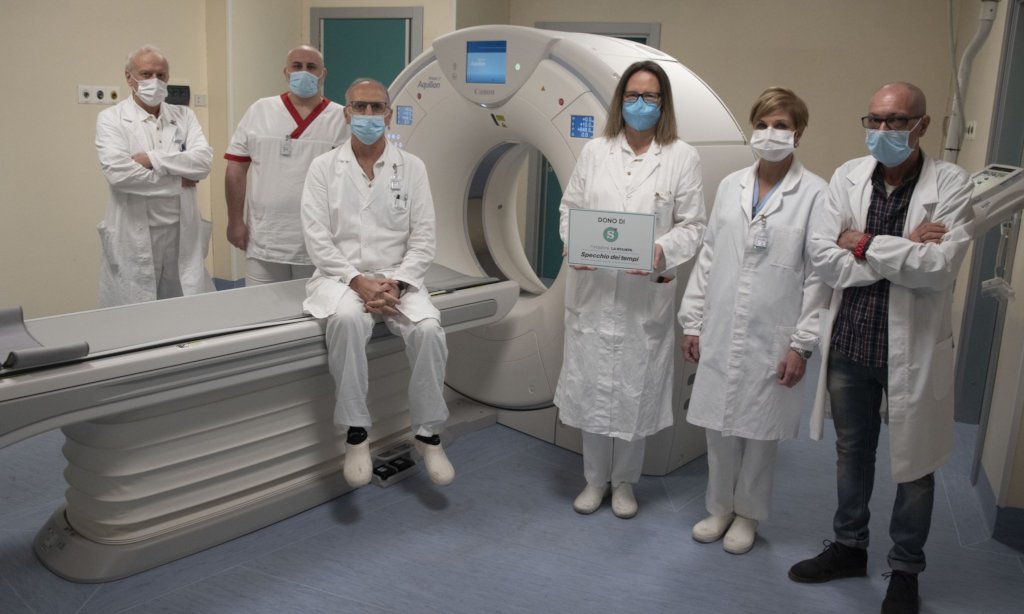 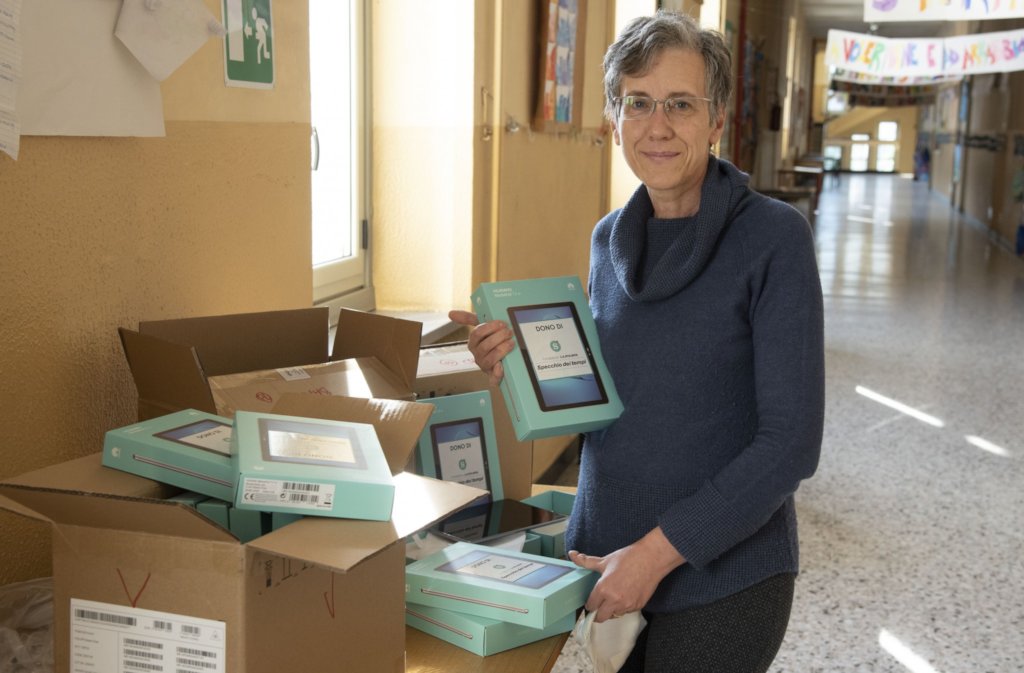 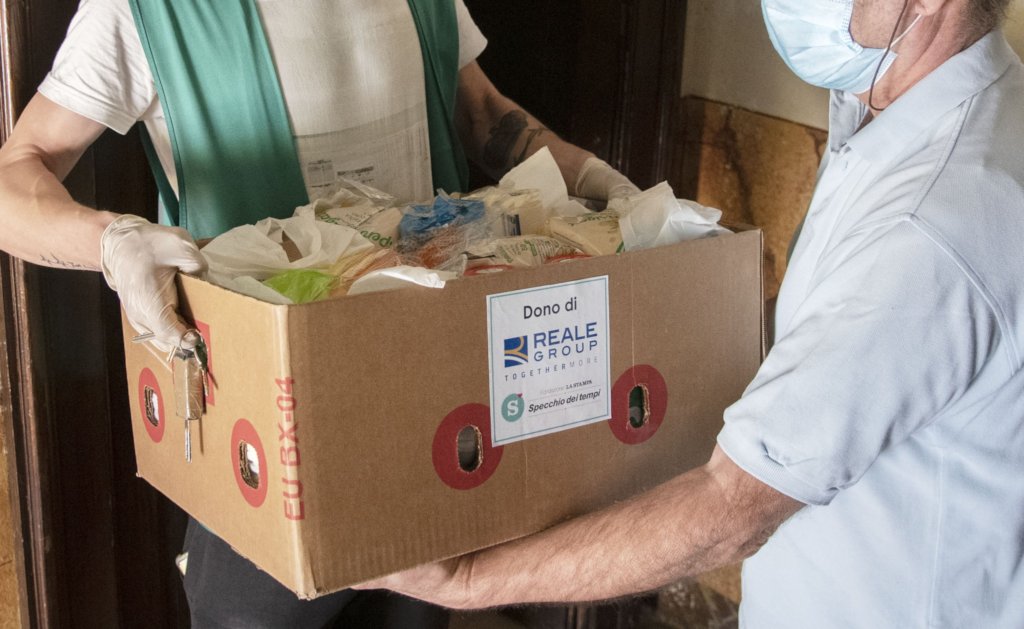 GlobalGiving
Guarantee
Donate https://www.globalgiving.org/dy/cart/view/gg.html?cmd=addItem&projid=45676&rf=microdata&frequency=ONCE&amount=25
Please Note
WARNING: Javascript is currently disabled or is not available in your browser. GlobalGiving makes extensive use of Javascript and will not function properly with Javascript disabled. Please enable Javascript and refresh this page.