From 9/11 Loss, A Living Memorial: How One Campaign Raised $2M

After they lost their loved ones on 9/11, a group of friends and family members knew something needed to be done to ensure a safer and more equitable world for everyone. So here’s the 9/11 memorial they created.

Hijacked American Airlines Flight 77 crashed into the Pentagon at 9:37 a.m. on Sept. 11, 2001. Hours later, Gene learned his wife, Norma, was among the victims.

The next day, Joyce and Dave opened the newspaper to find the faces of their close friends—a family of four—looking back at them. The world had lost Norma, Leslie, Charles, Zoe, and Dana along with nearly 3,000 other people in the attacks.

Gene, Joyce, and Dave first got to know each other as economists based in the Washington, D.C. area, crossing paths at national forums and panels. But their shared loss and worldview took their connection beyond discussions of taxes and social security.

They wanted to honor their lost loved ones by creating opportunities for women and girls in Afghanistan and Pakistan. They believed this could make waves through communities harmed by the same terrorism that spawned the 9/11 attacks.

Rather than simply donating to an organization on their own, the trio sought ways to make a greater impact.

“Can we find other people like ourselves who want to create living memorials for our people?” Gene wondered. “Can we take that attention and make it an asset?”

Initially, Gene and his daughters devoted some funding they had received from the government to establish a nonprofit. Joyce and Dave joined as board members and got to know Gene better over dinner meetings. Along with other families, they worked closely to find ways to keep the memory of their loved ones alive and fill the void they left with good.

Then in 2009, Gene, Joyce, and Dave teamed up with GlobalGiving to launch their living 9/11 memorial: the Safer World Fund and annual campaign. Every September, they back a $40,000 campaign to support organizations working in Afghanistan and Pakistan, especially those focused on providing economic opportunity, education, and health care to women and girls. The campaign features nonprofits that train teachers, provide mobile literacy courses to women, dispatch community health workers, and improve hygiene and nutrition for mothers and their children.

Anyone can give, and their donation will be matched through the campaign. Even after the campaign ends, the participating organizations receive donations made to the Safer World Fund throughout the year.

Support women and girls in Afghanistan and Pakistan by giving to their 9/11 memorial, the Safer World Fund, and get matched 50% while funds last.

The campaign has already supported 30 different nonprofits working in Afghanistan and Pakistan. This year, while continuing to support partners in Pakistan, it will provide emergency support to organizations in Afghanistan shifting their work under the Taliban. While there remains great uncertainty in Afghanistan, the Safer World Fund’s nonprofit partners are still committed to serving their communities however they can.

“Since 2003, more than 2,500 students have graduated from [our] accelerated education program,” Enayat Nasir of Aid Afghanistan for Education wrote in a recent report.

“Nobody can ever take away their education, no matter what happens next in Afghanistan.”

Over the past 12 years, the Safer World Fund and campaigns have raised more than $2 million and inspired more than 6,800 people to support women and girls in Afghanistan and Pakistan. Two decades after the 9/11 terrorist attacks and in the wake of renewed Taliban violence and control in Afghanistan, the need for the Safer World Fund is as clear as ever. And its virtuous cycle continues.

Organizations like Aid Afghanistan for Education, Dawood Global Foundation, and Afghan Institute of Learning have grown and sustained their programs thanks to thousands of people who gave to the fund. This money has helped thousands of girls stay in or return to school through scholarships and other education investments. And hundreds of mothers and their babies have received life-saving health care thanks to the Safer World Fund.

Gene, Joyce, and Dave sought to create the goodness their loved ones would have contributed to the world if they’d lived. When someone somewhere joins them in giving, they get a little closer to that goal.

Support women and girls in Afghanistan and Pakistan by giving to their 9/11 memorial, the Safer World Fund, and get matched 50% while funds last. 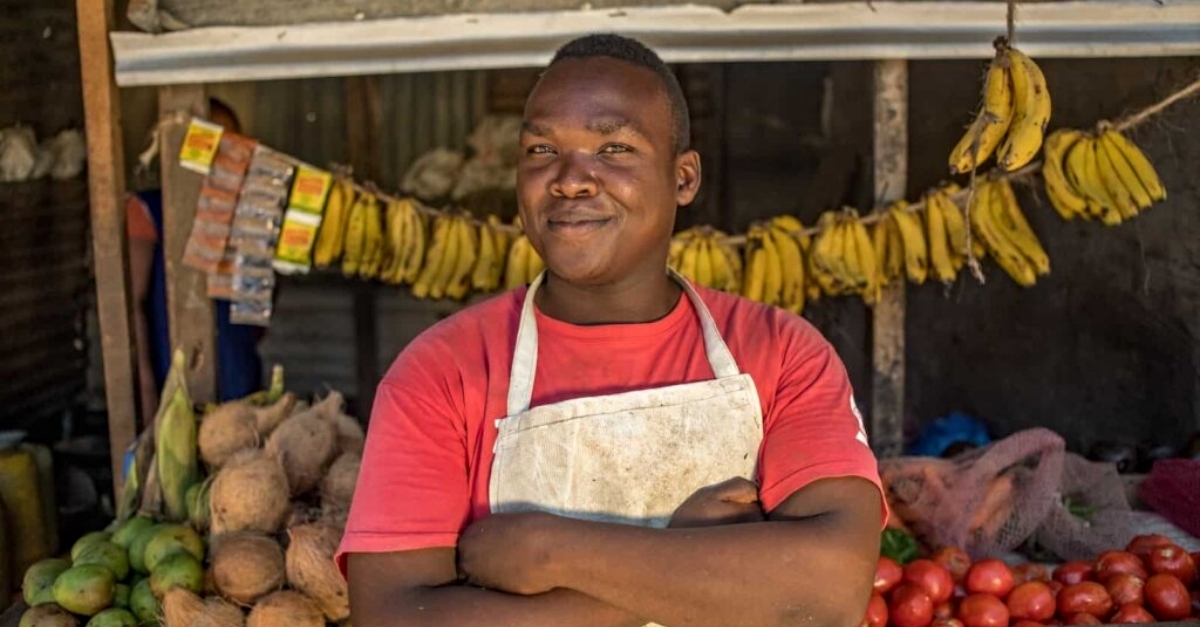