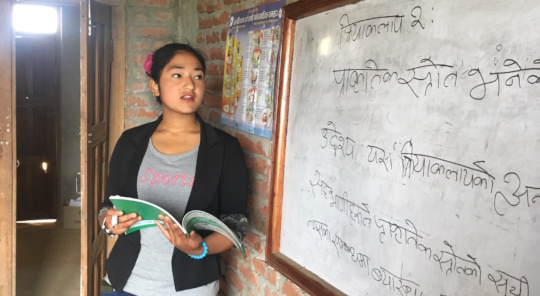 For Anu and many Nepalese, the series of disasters that began in 2015 with the major earthquake seem to never end.

Nepal, where a quarter of the population lives under five cents a day, is rebuilding amid political instability, natural disaster shocks, economic challenges, and social problems. But only five percent of houses have been rebuilt, leaving 800,000 families with homes in shambles.

Anu’s education was interrupted when she was in grade 12. Her family could not afford the tuition fees. At that moment, she thought one life chapter had ended, and another had resumed. She would revert to how she had previously spent her days: doing household chores, tending to livestock, and farm work.

Nepali women are historically disadvantaged by a lack of resources and decision-making opportunities. The 2015 earthquake affected them more adversely, killing more women than men. They also face higher risks of human trafficking and domestic violence after 2015.

Thanks to generous supporters like you, BRAC has provided both emergency response and long-term rehabilitation to the affected communities, with a special focus on women and girls.

One of these programs is our adolescent club, known locally as the “Kishori Club.” Located within walking distance for each member, the ten adolescent clubs that BRAC operates provide safe spaces for girls between the age of 11 and 21, like Anu, to learn and play. The clubs also help lower the risks of human trafficking and child marriage.

Curious, Anu joined her local Kishori Club. “We never had such clubs before, especially for girls my age,” Anu says. “I thought it was a way to encourage us to become more active. We were too shy to play badminton, chess, and other games back in school.”

BRAC’s adolescent clubs provide an environment where the girls don’t have to feel shy. They can participate in social activities, make friends, and discuss culturally sensitive topics like gender-based violence, sexual and reproductive health, women’s rights, and more.

“Girls do not generally speak their minds where I am from but, at the Kishori Club, we are encouraged to share. We learn about adolescent girls topics that we would not talk about openly,” Anu says.

Anu reports feeling more confident and proactive since joining the club. “I learned that I can talk to people and ask questions. I found that there was a bigger world that I could live in,” exclaims Anu.

Anu has grown into a mentor who educates other peers in her club, and she thinks it is one of the biggest achievements of her life. Her joy in helping others is an achievement that inspires the BRAC team to continue to create opportunities for more Nepalese like Anu.

How a Referral Slip Can Make a Difference 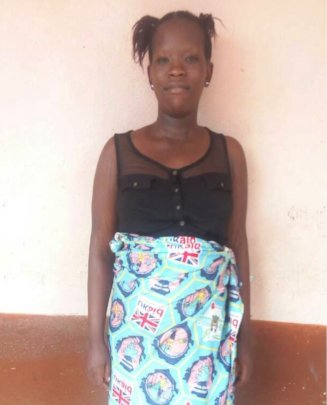 When Zainab first experienced abdominal pain, she was not aware of her pregnancy. It was only after a BRAC community health promoter (CHP), on a routine visit, handed her a referral slip for a local health center, did Zainab learn: she was having a baby.

At 20 years old, like many women and adolescent girls living in the poor communities of Freetown, Sierra Leone, Zainab was not ready for her first pregnancy. As the jarring statistics show, Sierra Leone is one of the most unsafe countries for a mother to deliver her baby: 1,360 mothers die for every 100,000 births.

Zainab had never learned to prepare for the unfamiliar signs of pregnancy that she would develop. The sheer lack of resources for low-income women and girls, especially young mothers like Zainab, is one of the many factors that contributes to the high rate of maternal deaths in Sierra Leone.

Thanks to the support of donors like you, BRAC works to ensure that Zainab and other women like her do not join those statistics. With the referral slip from BRAC in hand, Zainab visited the health facility.

For the first time, she could openly discuss her pregnancy with trained health workers and receive professional advice on how to have a safe delivery. Zainab was given appropriate medication to alleviate her abdominal pain, and she learned that she should eat more nutritious food and avoid physically hurting herself.

Zainab began visiting the health facility regularly; the staunch support from the BRAC health workers helped her become more confident as her delivery day approached. She also made several important decisions: that she wanted to give birth at the health center, that she would breastfeed, and that she would immunize her baby.

During this time, in collaboration with partners, BRAC also reached more than a thousand youths across ten poor communities in Freetown, as a key implementer of “Pull Slum Pan Pipul,” a program that educates girls and young women about sexual and reproductive health, and equips them with other vocational skills that support sustainable livelihoods.

Zainab didn’t pass up the opportunity.

She joined other community members at the health meetings to continue to learn about sexual and reproductive health. The program’s vocational training also equipped her with specialized skills, including how to prepare specialized ingredients as a chef.

Her newfound knowledge inspired Zainab. After her baby is born, she says she wants to open her own restaurant.

“I will become a successful business woman,” she said.

I Will Be a Teacher 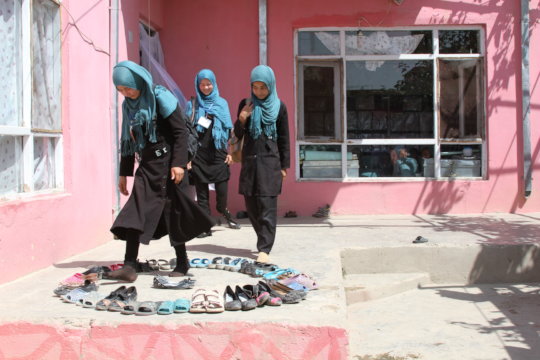 Students at a BRAC school in Afghanistan

For Rozy, education used to be a dream.

When she was a little girl, Rozy’s father passed away. Today, she lives with her mother and sister in Sheberghan City, a small city in the north of Afghanistan.

Rozy’s mother sustains the family by picking up manual labor jobs when she can. This kind of work barely pays enough to live on, and Rozy’s mother struggles to afford the government school fees for her two daughters.

Rozy also has a physical disability, which can be particularly challenging in her small city that lacks comprehensive and inclusive services. Despite these obstacles, Rozy has always yearned for an education. In fact, her aspiration to learn only grew larger in the face of them.

Things changed in 2013, when Rozy turned 12. BRAC started building community-based schools in Rozy’s neighborhood, especially for older girls who had been left out of the government school system. Since the school was free and just a short walk away, Rozy’s mother, understanding the value of education, enrolled her two daughters.

Thanks to contributions from supporters like you, Rozy sat in a classroom for the first time in 2013. She was excited, happy and, most of all, grateful. For her, education was no longer just a dream.

Four years later, as the school year came to a close in 2017, Rozy successfully completed her last year of primary school. Her eagerness to learn remains unchanged, but because there were no government’s middle schools nearby, Rozy did not expect to continue her education.

“Once again, BRAC came to my support,” Rozy said recently. The news means that she could continue her education and, a few weeks ago, she started sixth grade.

Despite the barriers facing her, Rozy never misses a day of school. Her dream is to complete twelfth grade and become a teacher. She wants to create the opportunities that she has had for other girls who also could not go to school because of economic, social, or other challenges. For Rozy, teaching is not only a profession, but also a way of giving back.

“I will be a teacher, igniting the light of education for the girls living in marginalized context in Afghanistan,” Rozy decided.

Indeed, Rozy has already ignited the girl effect with her inspiring dream.

‹ 1 ... 6 7 8 9 10 11 12 13 ... 43 ›
WARNING: Javascript is currently disabled or is not available in your browser. GlobalGiving makes extensive use of Javascript and will not function properly with Javascript disabled. Please enable Javascript and refresh this page.