An encounter with a family in Za'atari camp 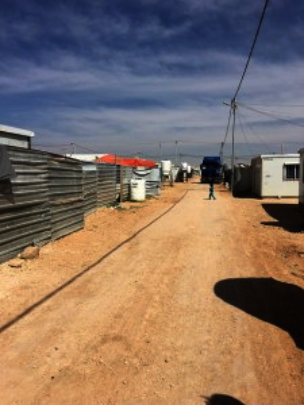 The other day, I had an opportunity to visit a family in Za'atari camp as part of our assistance for vulnerable households. The family consists of an elderly couple and their four daughters. The father has physical disability and suffers from mental stress so that he is not able to work and earn income. The four daughters are all grown up but one girl’s legs are paralyzed and cannot walk on her own.

When I visited them and began our conversation, at first the family members seemed a bit nervous and were not very talkative. But at some turn of the conversation, I found that the paralyzed girl does knitting as a hobby. The young lady refused shyly with a small smile at our requests to show her pieces, but after several attempts from our side, she brought out her work. And to our surprise, her work was beautiful!

“Wow! Such beautiful colors. I can’t believe this is all handmade!” I was simply astonished and impressed by the quality of her knitting, and gradually the atmosphere in the house became more friendly and relaxed. Gaining some confidence, she showed some pictures she painted as well. The next moment I realized the other three sisters and the mother were smiling with pride.

This family is not able to lead an economically satisfying life. The camp is not a friendly place for a lady with disability to live in. But despite this, I believe it means a lot that she has something she likes doing, and does it well too, and by doing that makes her and her family happy.

JEN will continue to assist those people going through hardships, and seeking for a better life. 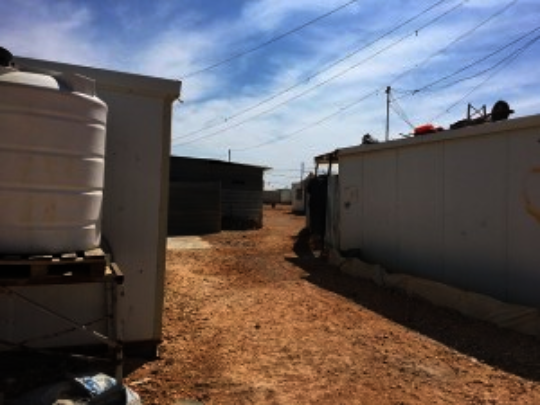 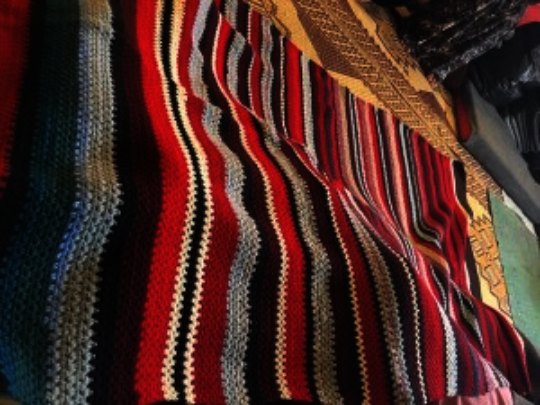 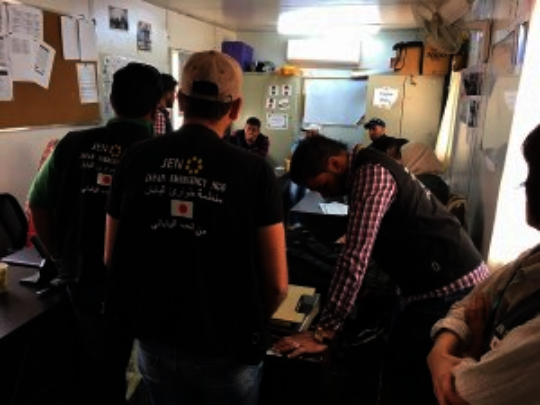 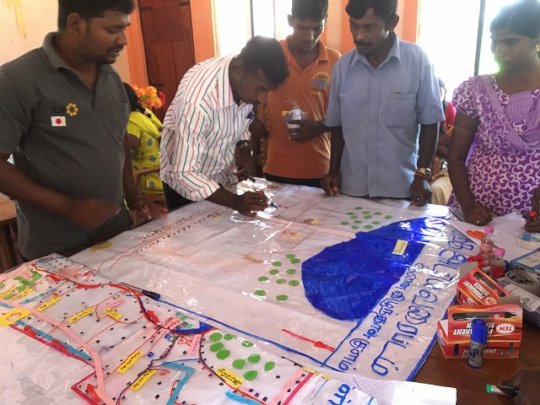 It has been8yearssincethecivilwarwasoverinSriLanka.You can still see the impact of war especially in the Northern Province of Sri Lanka where the front line was located. For the past 5 years, JEN has been supporting the local people to rebuild their lives, and 2017 is the final year for these projects. The final project focuses on disaster prevention and mitigation in order to develop the local people’s knowledge of how to recover from a disaster by themselves.

JEN held the final workshop. The workshop’s content is creating hazard map by each household of beneficiaries. In the workshop, they reviewed the leaning from the last workshop which includes what kinds of disaster occur in Northern Province of Sri Lanka, checking the last time homework: where is the toilet, doors and evacuate roots in your house, and then introduced created Community Disaster Management Committee. After the review and introduction, all participants started creating the map.

Each participant confirmed his/her house in the village map, and then wrote participants’ houses, their neighbors’ houses, schools, religious buildings or any other public spaces, and shops. Moreover, they wrote down the wells, open channel and water reservoir tanks which might cause of disaster.

After creating the map, the resource person explained using the map, which roots should use the evacuation once disaster occurs; where you should evacuate your cattle and so on.

In the wrap-up time, randomly selected participants pointed their houses in the map and explained evacuation route. In addition, some participants answered whose house they are, which JEN’s staff asked. All of them are correct! Villagers know their village well. The resource person emphasized repeatedly, “The government cannot response all disasters. The most efficient way to reduce disaster damages are preparation by villagers as well as helping out each other by villagers.

Through total 5 workshops, participants learned preparation for main disasters which related to direct impact on agriculture, such as drought and flood. Disasters are always around of us, and occur anytime and anywhere. We hope the participants, entire community and the government continue to make efforts to disaster prevention and disaster risk reduction.

All programs of 14 years completed

JEN Sri Lanka will finish its operation at the end of December 2017. JEN’s activity have been continued for 14 years since 2004 to support Indian ocean Tsunami affected people while the civil war was continuing.

Through our programs of emergency response for Tsunami etc. as well as returnees’ support of the civil war, people of Sri Lanka kept making effort to be independent and being self-reliant themselves to live better. This is because proactive participation by people who joined JEN’s programs.

We faced a lot of difficulties too. JEN’s staffs argued among themselves to discuss which projects were the best for participants’ self-reliance. Sometimes, we needed to have long discussions with the government to decide what/how JEN should support those people. To bring up the participants’ motivation was also difficult because of lack of living condition, such as; poverty and further anxiousness. But everyone got over it to pay all their effort to make it happen.

In Sri Lanka, the climate change might affect further and we predict it will. We hope the people who have learned with JEN can use obtained knowledge and achieve their self-reliance.

Once again, thank you for your 14 years’ support! 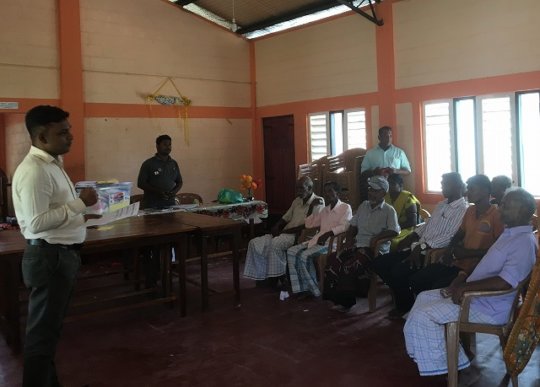 Lecture by the resource person 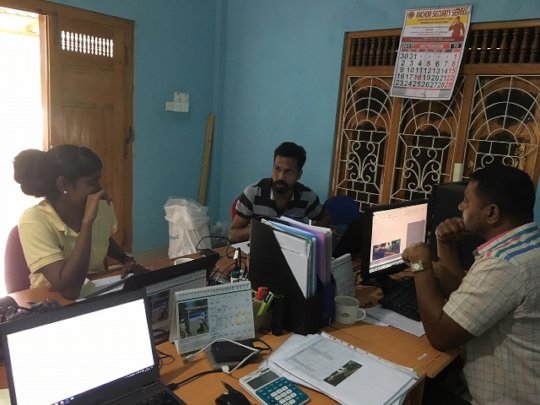 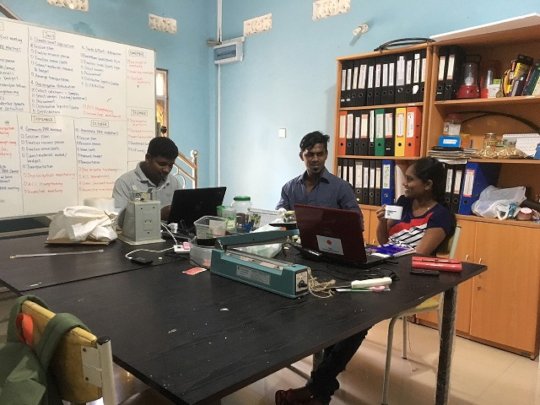 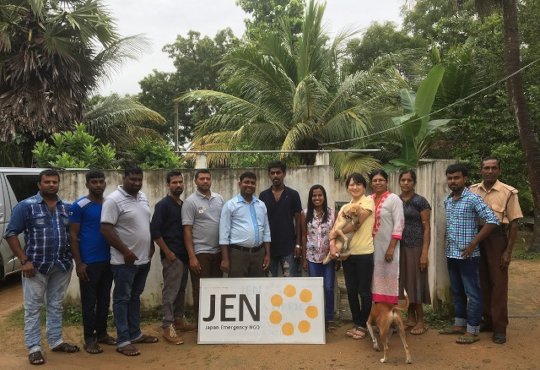 All the staff member of Kilinochchi and Colombo

Challenges of agriculture and tourism in Kumamoto 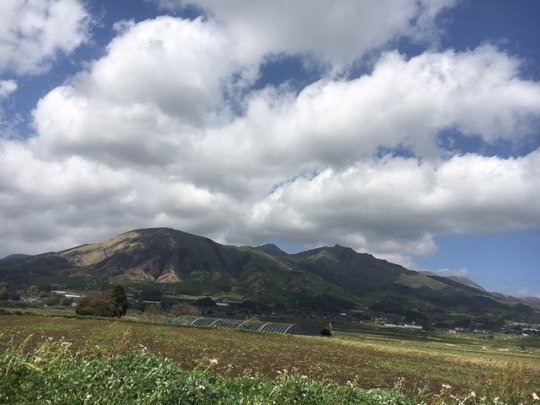 Over a year and a half have passed since the Kumamoto earthquakes. Walking in the city center of Kumamoto, you may no longer find any scars of the earthquakes, but in the suburbs, local industries are still suffering from large impacts of the disaster.

Aso City had been attracting many tourists before the earthquakes, mainly students visiting on school trips, however, after the quakes bulk cancellation of trips followed one after another. The earthquakes cut off rail and highway connections between Kumamoto and Aso Cities. Tourists visiting Aso via the only remaining mountain road are limited, and both tourism and agriculture with rice paddies, which had been providing local food and tourist attractions, remain unrecoverable.

After the earthquakes, JEN formed a partnership with Fumidas, a general incorporated association that has been fostering young persons for many years in Kumamoto, and through the joint project “ASUKUMA” we have assisted the entrepreneurship of young people who are contributing to the revitalization of the community. The participants have started up various initiatives, such as managing a community café and selling agricultural processed foods.

The ASUKUMA project came to an end over a half year ago in March 2017. Now, “ASUKUMA II” is planned to start in order to support people who are struggling in the tourist spots where the impacts of the earthquakes are still evident. Unlike the previous ASUKUMA project that targeted individual participants from various parts of Kumamoto prefecture, ASUKUMA II will focus on Aso City and Minami Oguni Town and provide local people with help on problem-solving as groups. We would appreciate your continuous support for ASUKUMA II to create the future of Kumamoto through such initiatives as planning and pilot projects. 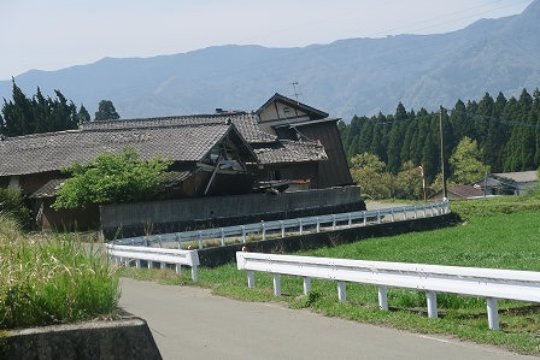