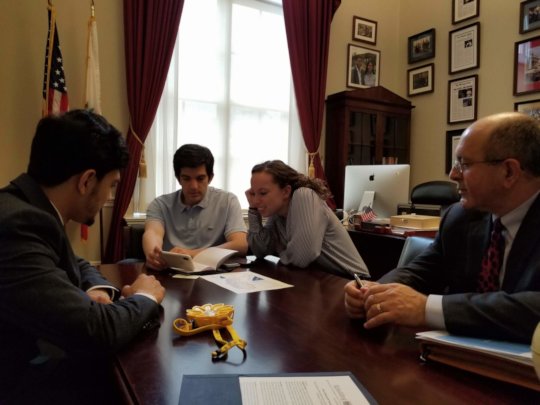 Gazans joined us in DC re. Gaza aid and trade

This year Rebuilding Alliance's advocacy initiatives significantly expanded: we brought even more speakers to Washington; and we travelled to DC three times since January to walk the halls to ask Congressional offices to help ease an escalating crisis in the West Bank, Gaza, and Jerusalem.  (Because Congressional intervention had such immediate and positive results, one set of visits focused on thank you meetings.)

Let me describe how calls from House, Senate, and local offices got the Israeli Army to change their mind. A woman engineer from Gaza, Majd Mashharawi, was receiving the Confidence Award from the Mohammed Ali Center in Louisville, KY, but the Israeli Army blocked Majd's parents from transiting Israel to Amman to fly to attend the ceremony. When I asked RA's list to email their elected officials to ask their help, hundreds responded.

At their constituents’ request, local and D.C. officials and their staff called both me and their local Israeli Consulates.  When I called the Israeli Consulate in San Francisco they told me to call the Israeli Army (— I called the Israeli civil administration's hotline and spoke with an officer named Tom). Meanwhile the Israeli Embassy asked me for more information and, starting at 11pm until 6am Pacific time, we worked through a 3-way negotiation that caused COGAT officials to reverse their decision; unfortunately, this was an hour too late for her parents to make their flight for the award ceremony.  Nonetheless, Majd's mom made the trip and I met them both in DC to thank all the offices who helped. This gave Majd and her mom the opportunity to introduce themselves and speak about the challenges that businesses and families face in Gaza under blockade.

More Congressional offices than ever are scheduling with Rebuilding Alliance for briefing meetings, in person or by phone, with our speakers. In April we had a record 54 meetings in one 5-day week in Washington DC, with both Republicans and Democrats, when I brought Rebuilding Alliance's trade expert from Ramallah to walk the halls of Congress to describe one way to open the blockade to trade and food aid. We asked Congress' help to assure shipments of fresh herbs from Gaza greenhouses to New York City, as the trade expert currently does with West Bank herbs. That proposal continues to have legs far beyond our visit.

Despite the harsh rhetoric in the Israeli election cycles, our visits to Congress continue to help keep the West Bank Area C villages of Susiya and Khan al Ahmar standing.  But that is not enough: on July 22nd, the Israeli Army destroyed more Palestinian homes in the Wadi Al Hummus neighborhood of the East Jerusalem district of Sur Baher since any time since 1967 —— this just 3.7 miles from the U.S. Embassy. In October we brought two of the Israeli advocates who acted as witnesses and served as peaceful presences in the homes of the Palestinian families during this destruction, to Washington DC. I was amazed when some 360 Congressional offices asked to meet with our guests. We continued to hold 30-minute briefings with as many offices as possible afterwards, for the next two weeks.  Later, when I went overseas, I met with the Wadi Al Hummus Village Council to explore what it will take to help them safely rebuild.

Rebuilding Alliance's board member, Betsy Valdes, joined me for part of our October trip to DC and summed it up well: "As a Rebuilding Alliance board member, volunteer, and citizen, I'm always impressed with the level of our exchange and dialogue when we meet with officials and representatives in Washington, and I am reminded of the power that constituents have to effect change when enough people participate."

Your support made all the difference.  In this time of crisis, there's so much more we need to do. Please give generously on Giving Tuesday when GlobalGiving will be matching all donations until 9pm Pacific Time. Please feel free to call me if you have any questions or suggestions: +1 (650) 651-7165.

P.S.  Just to clarify, this advocacy does not influence legislation and is not lobbying.  This is all about what happens when constituents ask their members of Congress to intervene on their behalf with a U.S. agency.  To borrow from Mothers Against Drunk Driving, ours is a 'friends don't let friends drive drunk’ strategy. Elected officials, on behalf of constituents, make calls to the U.S. State Department and the Israeli Embassy to request permits, prevent demolitions, and de-escalate violence. 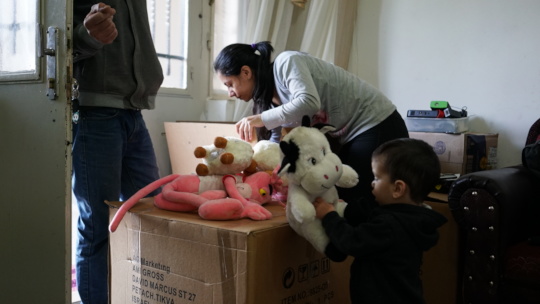 We seek to prevent demolition of Palestinian homes 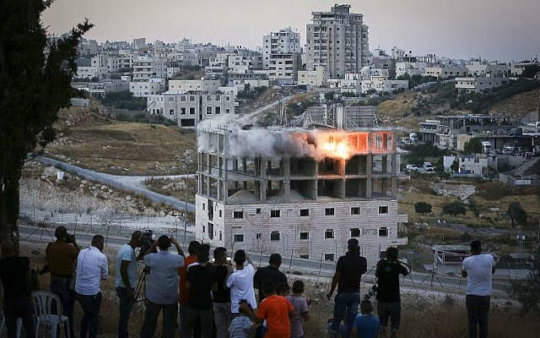 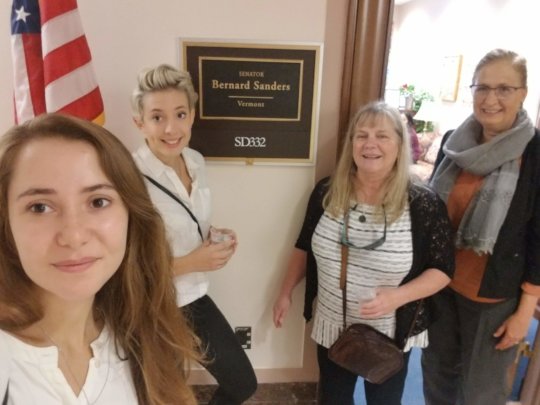 E. Jerusalem families asked them to come be w them

A Family in Need is Now Supported 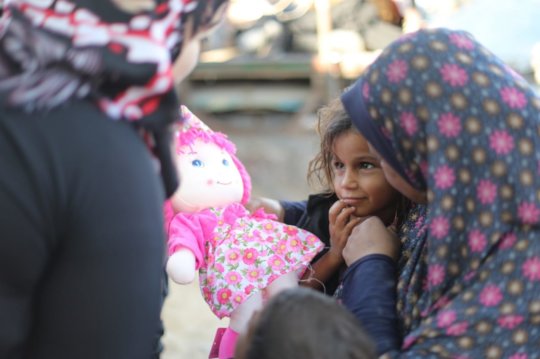 My gift, as I introduced myself as Omnia

Thanks to everyone’s donations in the GlobalGiving competition in July, Rebuilding Alliance (RA) began working with a family living on the outskirts of Rafah in a neighborhood called Oriba. My name is Omnia Ghassan and I am a Coordinator for We Are Not Numbers -- a group of young writers who aspire to deliver the Palestinian cause to all English speakers. I was asked by RA to evaluate the project and tell you what I am seeing.

Early in the project, when we first met the family, my colleague, Israa Mohammed Jamal, had written a piece called “When a home barely provides shelter.” Israa’s initial impression of the house is that it was in an unlivable condition. “I was really upset by what I saw,” she exclaimed. “I don’t know how the children are living there and what will become of them.”

Fatma - the mom who is expecting, Salem - the dad, six boys, and two girls were living in a house that was barely standing. Because the family was hungry and facing malnutrition, RA’s response began by providing baskets of food and also medicine for the boy with the eye infection -- he is now healed. Urgent changes were needed to assure the structural rehabilitation of the home and also to help find a source of income; because of your donation, Rebuilding Alliance was able to help.

With your support, the RA team hired contractors to rebuild their house. Now, the house has good kitchen, a working bathroom and two rooms, each with two large windows with painted flowers on the wall. One important benefit is that their living space is now free of insects. There’s now concrete roof over the kitchen and the bathroom, while there is galvanized metal sheeting providing a roof for the rest of the house. The barn was replaced with a new one for their chickens and goats — and new animals will be arriving soon.

They now have running water. "We no longer need to carry buckets from the nearby water line," the mother said. She also expressed her gratitude for the provided food, milk and diapers for her baby girl. She said with a wide smile, "With electricity, when I can't buy diapers, I can simply put the diaper cloth in the washing machine instead of washing them by hand!  I never thought this would actually happen. I'm speechless."

So far, the Phase 1 construction has been completed. Next, we’ll be taking the family to purchase their sheep and chickens, and also their appliances will soon be arriving including a stove, refrigerator, and washing machine. Your donation made it possible for this family to get back on their feet and we're incredibly grateful for your decision to support the Gaza Emergency Relief Fund. With your help we will help more families like this one. 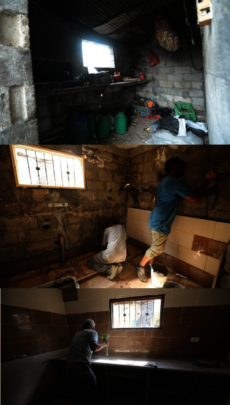 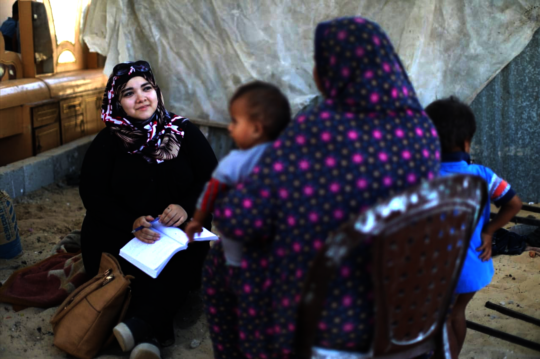 I interviewed the mom, who has a degree in History 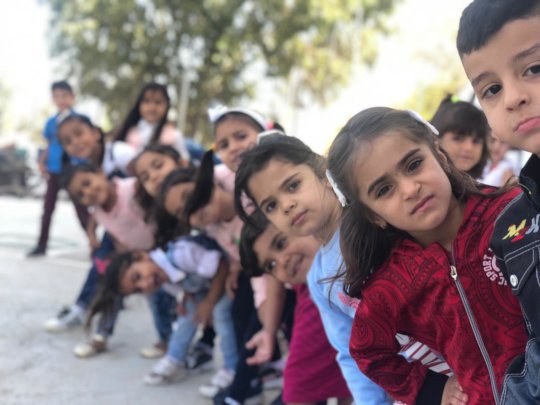 Thanks to your generous and continuos support, AlAqaba Kindergarten is still standing, and the number of children in the kindergarten has doubled!  The Kindergarten is now welcoming 165 children everyday, they come from Alaqaba village and nearby villages and Tubas.

"The kindergarten staff along with the local council are working on developing more programs for children, to develop their personalities and skills," said Mayor Haj Sami, "along with the rehabilitation of outdoor play area."

You might remember that our kindergarten was in crisis when the Palestinian government opened a new kindergarten just ten minue from the village.  The fear was that parents would opt for the new place.  The Al Aqaba Kindergarten redoubled their efforts to reach out to parents.

"Parents from 4 nearby villages bring their children to AlAqaba Kindergarten, they trust the way we treat kids and teach them," one of teachers commented.

Currently the Al Aqaba's Al Haq Kindergarten is in need of your financial support to maintain the outstanding services offered, since parents are paying only small fees that cover only part of the expenses.

With your help, and generous donations, we can keep this place running, serving the people of this area and keeping the village safe from demolition.

‹ 1 ... 6 7 8 9 10 11 12 13 ... 39 ›
WARNING: Javascript is currently disabled or is not available in your browser. GlobalGiving makes extensive use of Javascript and will not function properly with Javascript disabled. Please enable Javascript and refresh this page.