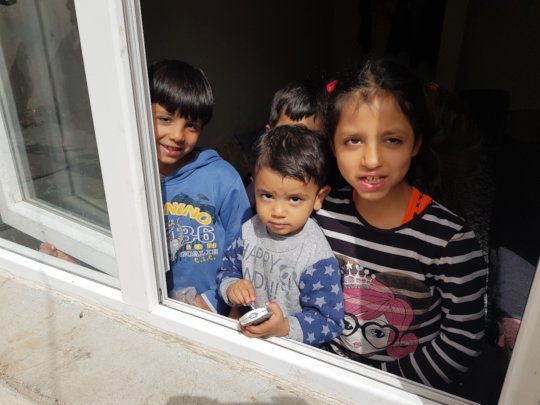 CARE Responds to the Refugee Crisis

Intense fighting in Syria has forcibly displaced more people today than any other country. Every day, thousands of Syrians flee violence to seek out food, protection, medical care and other urgently needed aid. There are 13.5 million people inside Syria displaced or in desperate need of humanitarian aid. At least half of the displaced are children. The majority of the nearly 5 million refugees are struggling to meet the most basic needs, having left everything behind. CARE is reaching people impacted by the conflict with humanitarian assistance in Jordan, Egypt, Lebanon, Yemen and inside Syria, providing life-saving emergency assistance as well as solutions to help people cope with the longer term crisis.Conflict-driven refugee crises present special challenges for women and girls, who often face gender-based violence, inadequate health care and the burden of supporting families in new ways. Women who have lost husbands to war often have to take on greater responsibility, earning incomes on top of workloads at home. Girls, meanwhile, face increased pressure to marry early or drop out of school to work or help with home chores. All this while coping with the trauma of being violently uprooted from home.But CARE knows women and girls also are the key to preventing a “lost generation” in protracted refugee crises like that in Syria. That’s why CARE’s programming helps women earn a living and girls not only go to school but also hold on to their hopes and dreams for the future. CARE supports youth in activities such as filmmaking and martial arts. We help families pay rent in exchange for sending their girls and boys to school. And CARE supports women through vocational trainings in gastronomy, beautification, and even some of the non-traditional fields such as electronic repairs. CARE also provides women entrepreneurs with equipment to launch their businesses.More than seven years since the beginning of the crisis, the situation in Syria is still grim and the suffering of the people is far from the end. As CARE, we are committed to help affected communities, inside Syria and around the region, while still advocating for an end to the crisis. Thank you for your generosity which equips us to save lives, achieve social justice, and solve global poverty. 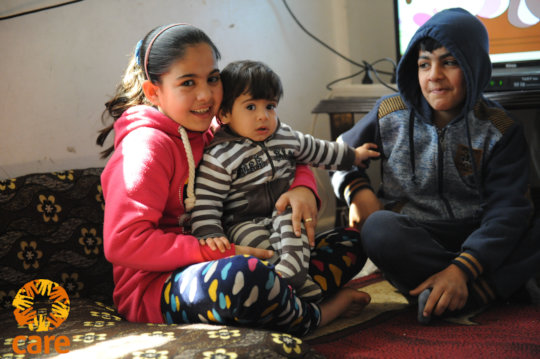 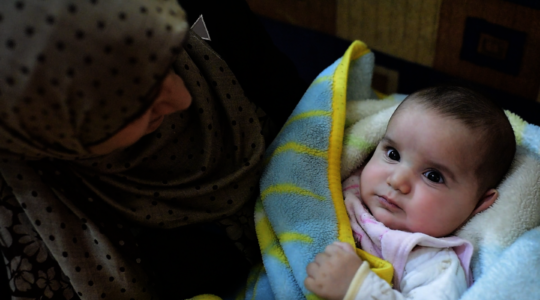 Fatmeh, her husband Mahmoud, and their two children live in a small ground floor room, in a poor neighborhood littered with trash. Three mattresses cover the floor. In one corner, there’s a kitchen sink, and an old cooker next to a small fridge. Behind a rickety door is the bathroom. A single bulb hangs from the ceiling, and allows the windowless room to be lit when there is power. This room was not built as a living space but as a storage space. The owner fixed it up as Fatmeh says, and rented it to the Syrian family.

Fatmeh family home in Syria was destroyed during the war. She married in a hurry back home to be able to move to Lebanon with her then fiancé. They settled down in Tripoli, the country’s second largest city, where he works as a waiter and she takes care of the children.

My husband is an IT technician but in Lebanon, he can only work as a waiter. This day job allows us to pay the rent and survive. With two children, the rest of his paycheck goes into nappies and milk, says Fatmeh. She counts on support from her neighbors and friends, including the many Syrian refugees who live in the area. Her wishes reflect her family’s financial hardship.

I wish we had some more money so I can buy a closet, or a set of drawers,  she says pointing to a couple of boxes propped against the wall, where she keeps all their clothes. Fatmeh dreams of only one thing: to go back one day to Syria and finish her studies.

I want to transmit the love of education to my children, she says.

CARE has been providing aid in Syria since 2014, and has reached more than 2.7 million people so far. Your donation helps us reach the victims of this war. Our programs focuse on food security, livelihoods, shelter, water and sanitation, and psychosocial support. We also work with Syrian refugees in Jordan, Lebanon and Turkey. 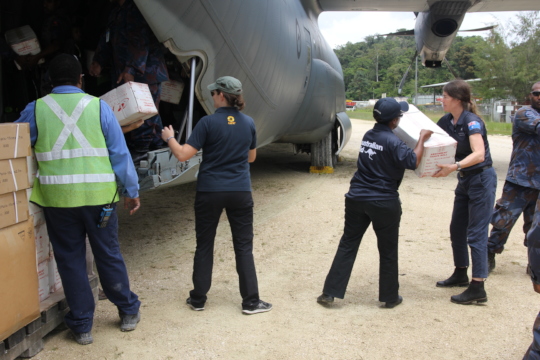 CARE emergency teams in Papua New Guinea were on the ground assessing the damage caused by this month’s powerful magnitude-7.5 earthquake, and have began distributing relief supplies.

“Many of the places hardest hit are still only accessible by helicopter. Landslides have cut off road access and telecommunications are still down in many areas,” Ms Bryan said.

“This area is extremely remote and it’s going to be extraordinarily difficult to get relief supplies to communities in need.”

Working with local authorities and community partners, as well as the Australian Defence Force, CARE has begun distributing water containers and purification tablets, as well as soap, detergent and other hygiene items.

“We know water sources have been contaminated and there’s a high risk of diseases outbreaks,” Ms Bryan said.

“We’re conducting assessments of people’s immediate needs so we can make sure aid gets where it’s needed most.

“We know food gardens have been wiped out, which is devastating for families in this region who are primarily subsistence farmers.”

Close to half a million people are estimated to have been affected by the disaster. While official figures are yet to be confirmed, it is believed more than 100 people were killed in the earthquake and subsequent aftershocks.

CARE is an international humanitarian aid organisation, and has been working in PNG since 1989. Last year, CARE directly reached more than 14 million people through humanitarian response work.

‹ 1 ... 7 8 9 10 11 12 13 14 ... 29 ›
WARNING: Javascript is currently disabled or is not available in your browser. GlobalGiving makes extensive use of Javascript and will not function properly with Javascript disabled. Please enable Javascript and refresh this page.