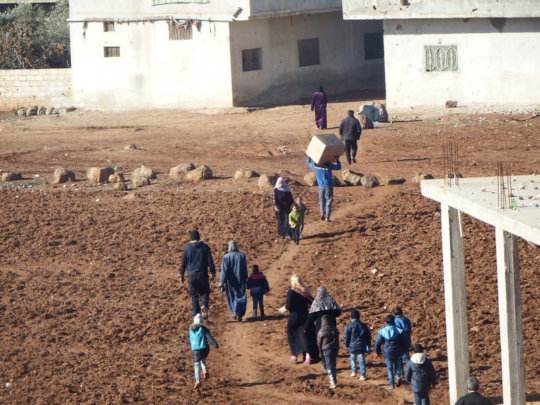 Thank you for your commitment to supporting CARE’s Lasting Support for Refugees Worldwide. Below are updates on CARE’s response to this humanitarian crisis:

Refugees have well-founded fears of persecution for reasons of race, religion, nationality, and other factors. Many refugees are facing their fifth winter in tents, unfinished buildings, and sheds. This winter, CARE’s teams across the region have been helping over 35,000 refugees in Jordan, Lebanon, and Turkey with winterization cash assistance, mattresses, blankets, gas heaters, and clothing. Inside Syria, CARE has reached approximately 50,000 people this winter in different areas with winterization assistance. Nevertheless, funding is desperately needed to provide urgently needed support. With your donation CARE provides short and long term assistance to refugees- from shelter, food, water as well as education, health and security.

How is CARE Responding?

CARE's provision of life-saving services to refugees and host communities in Jordan, Lebanon, Turkey, Egypt, and to people affected by the crisis inside Syria has already reached almost 1.5 million people. In Jordan, CARE provides Emergency Cash Assistance for refugees so they can pay for basic living costs, including rent, medication and food. CARE assists with vital information on how refugees can access further health, legal and social support and provides psychosocial assistance to women, men and children, in addition to other services such as winterization cash assistance, cash for education, recreational and psychosocial safe spaces for children, women, and men, and referrals to other NGOs. In Lebanon, CARE repairs water and sanitation infrastructure, provides health education sessions, works with municipalities to improve water supply and sanitation infrastructure for refugees as well as for host communities. CARE Turkey is providing life-saving aid to refugees from Syria, in addition to providing water and sanitation assistance, food vouchers, hygiene and household items, and information provision on health and gender/sexual violence.

Syrian volunteers, who are refugees themselves, are an integral part of CARE's Syria Response. Alongside Jordanian and Lebanese volunteers, they assist in organizing and preparing distributions of relief items.

Looking ahead, CARE remains committed to helping ensure refugee families have protection, shelter, food, clean water, and that they eventually can recover their livelihoods.

I lived for a long time in a foreign country, far from my beloved homeland of Syria and far from my family, my relatives, my loved ones, and my friends. I did this in order to work and earn money for a house. So that I can get married and settle down and live in my home and have a beautiful family (the dream of every young Syrian). When I had enough money for a house, I returned to Syria and I did buy a house with the guidance of God. But I lived in it for a short time because the Arab Spring began in my country. The bombing began. My precious house, which I had worked hard for, built from the ground, and looked after day and night, was destroyed. So was my dream. My family got scattered throughout the country, and in other countries. I live alone now in a foreign country and I anxiously wait to be reunited with my family.

“I’m 26 and I am from a city called Shahba in Syria. I grew up there but went to Halap to continue my university studies. There I met young people from all over Syria, and made some very good friends. I returned home after my studies, and found work as a public servant. Then the fighting started. My family had an internet café. It got broken into. It was tense, hostile. We left Syria. Now I am happy that I can volunteer for CARE. All I want is peace and hope for Syria and all countries suffering like mine. I want to go back and achieve what I planned to do.”

Note: Hint is a 26-year-old female refugee who volunteers at the CARE East Amman Refugee Center. 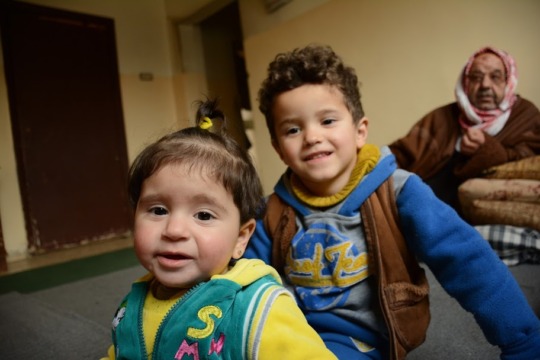 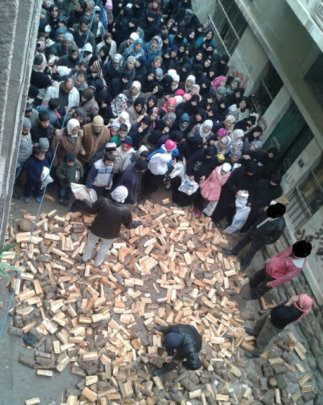 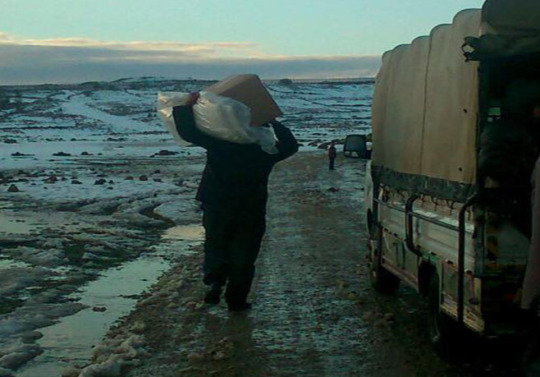 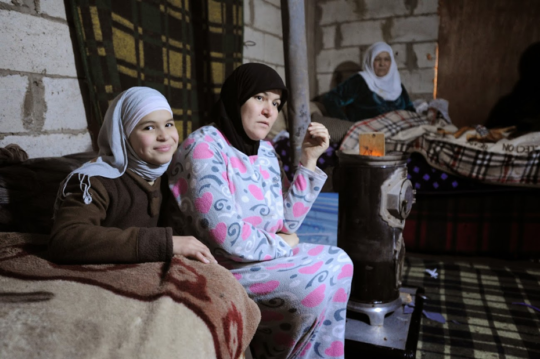 Thank you for your commitment to supporting CARE’s Syria Crisis Humanitarian Fund. Below are updates on CARE’s response to this humanitarian crisis:

Now approaching its fifth year, the war in Syria continues to affect about 12.2 million people – more than half the country’s pre-war population – including 5.6 million children. More than 240,000 people have been killed, including 12,000 children. More than 1 million people have been injured and 7.6 million have been internally displaced. As of December 2015, nearly 4.3 million Syrians were registered as refugees in Turkey, Lebanon, Jordan, Iraq and Egypt. Severe funding shortfalls for humanitarian assistance in the Middle East are likely to contribute to increased numbers of refugees returning to Syria, as well as increased onward migration to countries in Europe and beyond. Accordingly, 807,337 Syrian refugees have filed asylum applications in Europe.

Despite support by CARE and other humanitarian organizations, there are still major gaps in funding the response to this crisis. Funding shortages repeatedly force the UN World Food Programme (WFP) to reduce food voucher support and restrict the number of recipients. As a result of funding shortfalls, 1.6 million refugees have had their food assistance reduced in 2015 to $13 per person per month for those that are most vulnerable. This equals less than 50 cents a day per person. In total, some 8.1 million people in Syria are estimated to be food insecure. Additionally, between 30 percent and 50 percent of the population in Syria suffer from psychological distress. Other major gaps in crisis response include access to protection services and shelter, water and sanitation, and formal and informal education.

How is CARE Responding?

CARE launched an immediate response to the Syria crisis and continues to extend our support to families in need across the region through various means of support. Specifically, CARE works to meet shelter needs, particularly in the icy winter months. Food, cash and voucher assistance and skills training provide crucial support to those who have lost livelihoods and savings. Our water, sanitation and hygiene teams help protect health in precarious circumstances. At CARE’s urban and camp-based community centers, Syrian refugee volunteers and staff provide solidarity and services, including recreational and educational activities for adults and youth. Targeted support for women and girls include sexual and reproductive health services, and special interventions to address the elevated risk of sexual and gender-based violence. Finally, CARE’s assistance also extends to host community populations whose resources have been severely stressed by the refugee influx. CARE is also beginning to provide support to Syrian refugees in Europe, including the provision of food, water and other assistance to Syrians arriving in Serbia. In total, CARE’s response has reached nearly 1.5 million people.

Some of the specific accomplishments to date are as follows:

Looking ahead, CARE remains committed to helping ensure refugee families have protection, shelter, food, clean water, and that they eventually can recover their livelihoods.

Jabi*, 12, (pictured above) remembers her life in Syria before the conflict. Jabi’s family, her mother and brother, fled to Lebanon one year ago with her aunt, uncle, and grandmother. A year earlier, her father had been kidnapped by an armed group. They have not heard from him since.

The once middle-class family now relies on charity to assist them in purchasing food, paying rent, and covering medical expenses. “Without CARE and the World Food Programme we couldn’t do it,” Jabi’s aunt, Samira, says. CARE has been providing the family with a subsidy of $175 each month for the last seven months.

They worry, however, that expenses will increase when they are required to renew their visitor visas, now every six months. Renewal of Lebanese visas cost $200 per person. “Some people go back to Syria because they cannot pay for the visa. It’s too expensive and there is no money,” says Halima.

Jabi, who completed fifth grade, loved her studies. “She should be in eighth grade now, but she hasn’t been able to attend school,” her mother explains. The costs of education are too high for many refugee families, who cannot afford the expense of transportation, books, or other fees.

To pass the time, Jabi has participated in short courses for French and English language training, provided locally by aid agencies. She wants to attend school again, but for now she must wait. Still, she has a goal, a dream. “I want to be a doctor when I grow up,” says Jabi. “In Syria I used to sit with my cousin at her work. She was a pharmacist.”

Jabi hopes the future holds something better. “I want this war to end,” she says. “I expect the world is so much bigger, with so many more people. With time, the world changes. I hope the war will be over one day.”

*Names have been changed to protect the identity of these individuals.

Moving from Relief to Recovery in Nepal 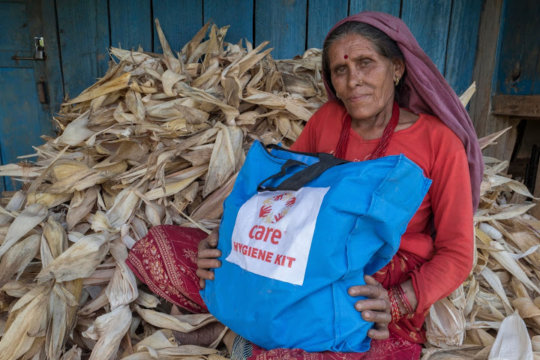 Thank you for your support of CARE’s Nepal Earthquake Humanitarian Response Fund. Below are updates on CARE’s response since the deadly quake struck on April 25, 2015.

The initial 7.8 magnitude earthquake caused significant loss of life, widespread injuries and massive property destruction. More than 300 aftershocks followed, including a 7.3 magnitude earthquake on May 12. To date, 8,790 deaths have been reported, along with 22,300 injuries. The quake destroyed 602,254 houses and partially damaged an additional 288,255 homes, as well as infrastructure including public buildings and health facilities. More than six months later, although many challenges remain, conditions are slowly improving. CARE, which launched an immediate relief effort to help quake survivors, is making a gradual transition from an emergency response phase focused on meeting basic needs to an early recovery phase that includes constructing safe and sturdy homes, supporting reproductive health facilities, conducting awareness on gender-based violence, and rebuilding latrines, among many longer-term activities. At the same time, we realize that the most vulnerable groups in Nepal will still require basic humanitarian assistance in the months to come.

Some of the specific accomplishments to date are as follows:

Mirsi B.K. (pictured in photo) received support from CARE after her house was badly damaged during the quake. “We are planning to demolish our old house and build a new one from the iron sheeting provided by CARE,” says Mirsi. Like almost every other family in the village, Mirsi also received packets of seeds and hygiene kits from CARE. As Mirsi prepares her field for planting, she says, “We will plant the vegetable seeds provided by CARE as soon as we finish harvesting millet from our field. I am very thankful to CARE for providing us all the necessary items to sustain our lives.”

Looking ahead, CARE remains committed to helping families rebuild their lives and recover their livelihoods.

‹ 1 ... 9 10 11 12 13 14 15 16 ... 27 ›
WARNING: Javascript is currently disabled or is not available in your browser. GlobalGiving makes extensive use of Javascript and will not function properly with Javascript disabled. Please enable Javascript and refresh this page.