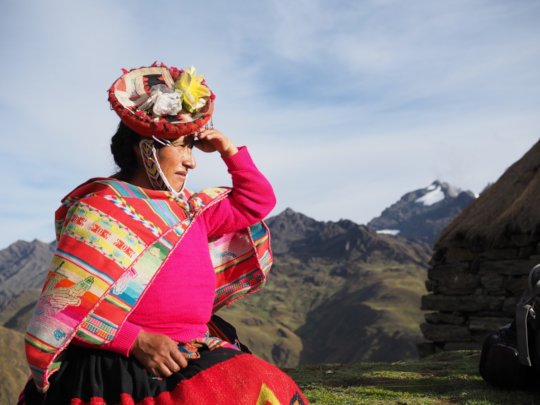 She’s never been to school in her life. She doesn’t know what year she was born and thus, doesn’t know how old she is. For years, she never came down from the mountains in which she lived. She never learned Spanish, nor to read or write. She only speaks Quechua. She’s been told by some of the men in her life that she shouldn’t be learning about her body. Her name is Exaltación, and she is one of the 9 community health workers in Ayni Wasi/ Sacred Valley Health’s Women’s Health Program.

Having never been to school before, Exaltación has to work much harder to learn the curriculum material for the Women’s Health Program than most of the other promotoras.

On top of that, there are people in her community of T’Astayoc who have told her that, because she is a woman, she shouldn’t be a community health worker/educator, because it’s “a man’s job to teach the women, not the other way around.” Even some women have told her this. But despite these challenges, she adamantly keeps working as hard as she can to learn the material, while also raising her children, and tending to her sheep and alpacas.

For Exaltación, the day starts at 4:30am, when the sky is still a dark shade of blue and the fog brushes around the jagged edges of the glacier “Wilka Weqe,” also known as Veronica. Exaltación brings in the wood she chopped the night before for the fire which will heat the pots that will cook the soup and boil the potatoes. She’ll then clean out the ash from last night’s fire and dump it out outside. The home has no windows and no typical door but rather wood slats to place over the doorway that they use to keep the dogs out and the guinea pigs in, and to keep some of the warmth in. They’ve put no flooring over the earth, so inside the home,  it’s just an extension of the beauty that lies just out the front door.

“I almost quit the program,” Exaltación tells Bertha in Quechua. “It was hard, especially considering the fact that I never went to school.” She adds that Escolástica, the Ayni Wasi Program Director, encouraged her to stick with the program, even though it's a challenge.

In the Sacred Valley of the Incas, just 20 miles (32 km) southeast of world famous Machu Picchu, 39 women are fighting back against a patriarchal system. They are becoming leaders within their communities where they otherwise wouldn’t be able to. At the same time, they are addressing a critical lack of basic health knowledge in their communities.

The majority of the people who live in these communities only speak Quechua, an indigenous language descendant from the Incas. Most people work as farmers or artisanal weavers. Access to quality healthcare is essentially unattainable. You can seldom find accurate knowledge of basic health care topics such as wound-care or how to prepare a well-balanced meal, for example.

As a result, more than three dozen women, many of whom stopped receiving a formal education in grade school, are itching to branch out of their narrowly defined roles as women. They want to keep learning in a formal setting. They want the opportunity to be leaders in their communities. 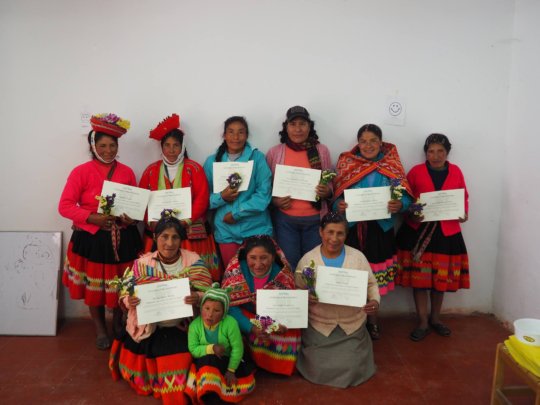 In September, Sacred Valley Health (SVH) held evaluations for the promotoras participating in the Women’s Health program. After weeks of training, studying and review, they all passed! This means there are 9 specialized Women’s Health Promotoras. Each woman is trained to teach fellow community members about family planning, reproductive diseases, anatomy, and pre and post- natal care. These program was designed in response to the requests and needs of  women in the high altitude communities as reproductive health is not taught in the local school system. SVH is incredibly proud of these women and their passion for education, health and women’s rights.

The Vitamin distribution campaigns have continued to be successful. Of most recent, in the community of Huilloc, more than 50 children received vitamins. This community interest and involvement enables SVH to continue to track nutrition and growth rates within communities. 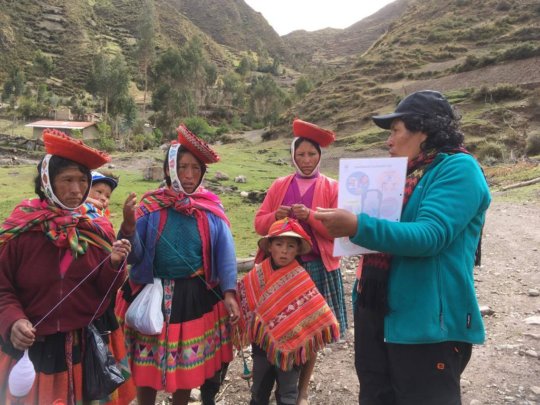 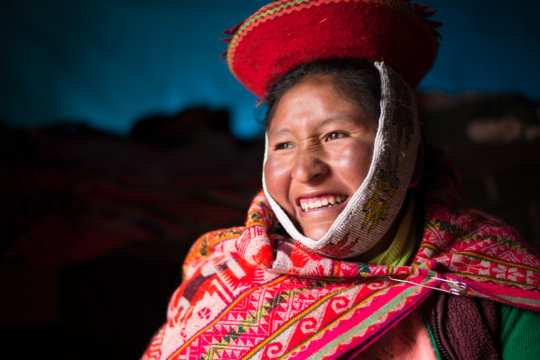 Ana Cecilia in her home in the community Kelccanka

It’s 5 am, Nancy, Ana Cecilia’s 3 year old daughter, is still asleep, well bundled up. Ana Cecilia gets out of bed, her breath visible illuminated by the soft light that pours in through thin glass window, coated in frost.

Outside, Juan, a neighbor of Ana Cecilia’s is running to her house, short of breath, bare feet in sandals running through mud puddles, a worried look on his face. Finally, he reaches Ana Cecilia’s house, bursting through the door. He shouts, in Quechua, that there’s been an accident. She puts on her sandals, and the two leave, running down the wet grassy hill. They arrive at a skinny dirt road. Juan saw it happen, he tells her. A boy of 14 had been driving his family’s dirt bike down the hill and had slid out because of the mud from last night’s heavy rainfall. The boy, along with the dirt bike, skidded off the road, and he is now stuck underneath it on a steep hill underneath the dirt road.

Juan knew to come to Ana Cecilia because she has been a community health worker with SVH for the last three years. Ana Cecilia, Juan, and his brother, Ivan, helps lift the boy up onto the road. It’s a cold and cloudy morning here in the high altitude community of Kelccanka.

Once they get to the road, they all start carrying the boy to Ana Cecilia’s house, up the steep, skinny trail that leads from the road to her house. Nancy is still asleep when they arrive. The boy is cut, badly, on his leg. Ana Cecilia recalls the protocol on how to clean wounds that she learned from Sacred Valley Health. She begins to boil water, a necessary step in parts of the world where water is contaminated. Until it heats up, she puts clean rags on the wound to stop the bleeding, and goes to find her first aid kit that she received during the last training in the SVH office. She washes her hands and prepares the necessary first aid cream and bandages.

Once the kettle has whistled for 3 minutes, Ana Cecilia has to let the water sit outside to cool down before using it to clean the wound. The boy is clearly writhing in pain. Ana Cecilia tells him that he shouldn’t have been driving so fast in the mud, but that she’s going to help clean his wound before taking him to the posta, the government health clinic. The nearest one is in the community of Patacancha, about 1 hour away in a car. The only problem is that they have to get to the main road to catch the market truck that will be going back down the mountain later that day.

Finally, the water has cooled down enough to be used to clean the wound thoroughly. She puts on her latex gloves, and pours a whole liter of water on the boy’s wound, as she wipes away the dirt. She dries it gently, and afterward, Ana Cecilia puts antibiotic cream on the wound, and dries it gently with a gauze pad that was included in her first aid kit from SVH. She then covers the wound with gauze and tapes it up, the boy looking at her with a look of both amazement and shock. Shock because of the accident, and amazement because he didn’t know people in Kelccanka knew how to do things like this.

Once the boy is stable, Ana Cecilia puts on her wool leg warmers, and grabs her traditional headwear. Nancy has since awoken, and has been sitting quietly, watching all of this unfold.

Several hours later, they make it to the main road, Ana Cecilia helping the boy walk as he limps to avoid putting weight on his leg. The truck comes bustling around the corner about 30 minutes after it was supposed to. Normally, they would have to ride in the back of the flatbed truck with everyone else, but Ana Cecilia explains the situation in Quechua to the driver, and they are able to sit up front instead. After about an hour and ten minutes, they arrive in Patacancha, and Ana Cecilia, with Nancy on her back secured by a blanket, and the boy make their way up to the posta to receive further treatment.

Thanks to SVH, Ana Cecilia knew exactly what to do, and she helped prevent the boy’s leg from getting infected.