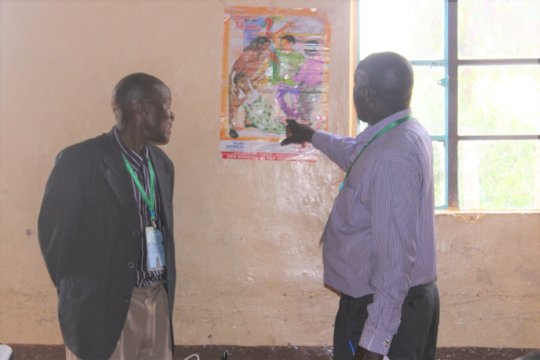 We had a men’s training in Kebirigo, Nyamira County, on men living with FGM survivors. This was in line with our goal to train 120 health and human rights promoters in Kenya. On this forum, we trained 25 men, and we are happy to report to you the outcome of the meeting. Our prior efforts, supported by your generous donations, have created fruits since more CHHRPs are seeing the importance of involving men in ending FGM and addressing other health issues more than ever before. In fact, the beneficiaries of the project now offer to spread the end FGM messages and mobilize for other members of the community to be trained.

We covered topics like civic education, child protection, economic empowerment, Gender-Based Violence, and the health effects of FGM. While these areas of training may seem varied, our goal is to promote the empowerment of the community with priority to ending FGM, which have been proven to be connected to the gaps in knowledge helpful in addressing the challenges.

‘I have learned the various forms of gender-based violence. I appreciate this training because it has clarified that all the factors provided as reasons for GBV are merely triggers. I know that the real reason for the continued violence we continue to experience in families is because of gender roles. Chances are, a  man beats his wife because he considers her weak and believes he can get away with it. Otherwise, if he does it because of being annoyed, the he would be fighting his peers at social joints anytime they disagree with him’, said Twara, a local pastor at Kebirigo.

Some of the high point of discussion during the training was on the prevalence of FGM in the region. As we have mentioned in our previous reports, the 2014 Kenya Demographic Health Survey ranked Nyamira and Kisii among the areas with the highest prevalence of FGM. Apart from FGM, the regions are also affected by social problems like teenage pregnancies, poverty, and school drop-out. The situation has led to conclusions that FGM may be connected to the rise of these problems, specifically among the Abagusii. However, we are hopeful that the next report will show decrease in FGM, because of the work we have been doing because of your support.

'My wife and I realized the effects of FGM just recently. Today, I have gained a deeper insight into the issue. Now I feel more informed to advocate for alternative rites of passage. Our church usually holds training for girls and boys transitioning from primary school to secondary school. During this forum, other members of the community and I, usually condemn FGM’, said Peter, a participant during the training.

Dear partner, the milestones we are making in the community point to a positive future. Thank you for your donations. While there is still more to be done, we do not underestimate where we have come from-courtesy of your support. We encourage you to share our work with your friends and family so that they see the positive impact you are making in our community. 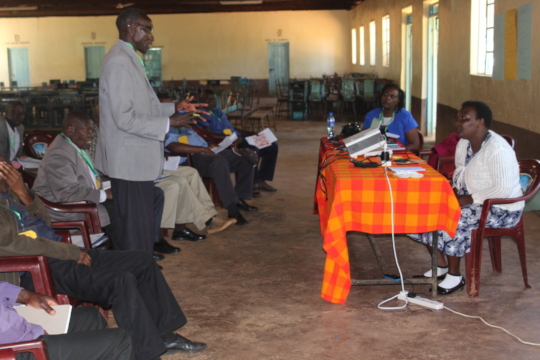 A participant engaging with HFAW facilitators 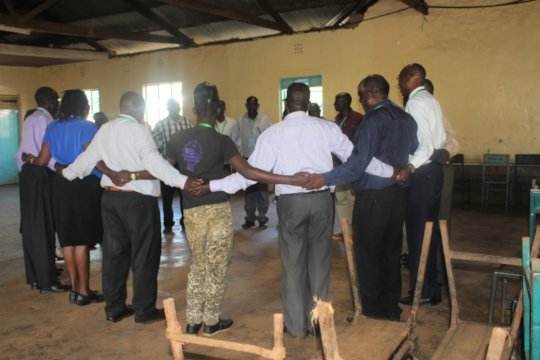 Demonstration of how unity empowers the community
Jan 6, 2020

I Regret Allowing my Daughters to Undergo FGM, A Father's Regret Leads to Change 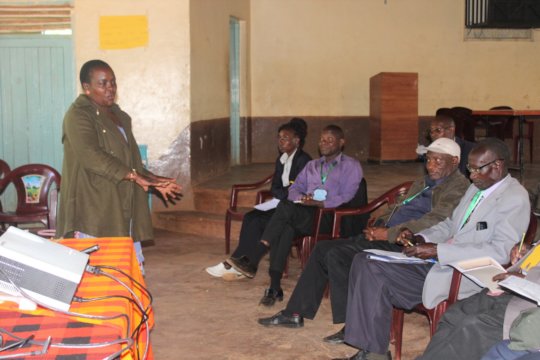 First, we would like to take this opportunity to wish you a prosperous 2020. As we begin this new year and decade, we look forward to progress in the protection of women's and girls’ rights. Girls’ rights are human rights, and we are committed to proving this through our advocacy for the end of FGM through this projects.

Typically, the holiday season presents an ideal leeway for cutters to subject girls to FGM. They are lured through non-existent visits to the grandmother and promised gifts after undergoing a ‘special’ ceremony. After this, they are asked not to tell anybody about it lest they are shunned by their loved ones. Therefore, we saw it essential to create awareness among fathers on the effects of FGM. We trained 50 fathers on the effects of FGM with the help of our community health and human  rights promoters, Karen, Lydia, and Gladys. It was more than we had hoped for. Motivation for us and eye-opening for the participants.

‘I regret that I pushed my wife to take my daughters for the cut. After what I have learned, I feel pain even up to my soul for having upheld such a belief. Now I see that I committed an offence. I can only plead with my fellow fathers, especially young fathers, not to support FGM’, said James.

‘I appreciate that this training came at this moment when there are speculations that some parents are planning to take their daughters for the cut. As a pastor, I have tried my best to persuade the congregants to shun support for FGM. Today I am happy that you have reinforced the anti-FGM messages that other good-will members of this community have been spreading’, said Ocharu

The training was so succesful that the HFAW team was honored with a tree-planting session. As the trees grow, we hope that efforts for ending FGM will equally lead to the best outcomes.

This project targets ending female genital mutilation among the school-going girls. Fathers protect and care for their daughters. They prevent their daughters from being harmed. We are happy that the fathers understood how FGM is not a belief that should be upheld longer. We are excited that we received support from these fathers who promised to continue urging other men who could not attend the training to end FGM.

December is marked as a high-risk period for FGM by anti-FGM organizations and activists. Thus, we are glad that your support enabled us to reach these fathers who help end FGM in schools. Because of you, a girl is safe to begin her school year knowing that no one will subject her to FGM. From this, we are optimistic that FGM will significantly reduce this year. You are making a change in our community, and we ask you to share our work with your friends so that they can see the fantastic work you are doing. 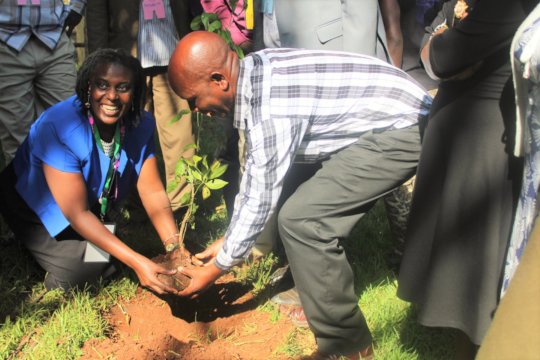 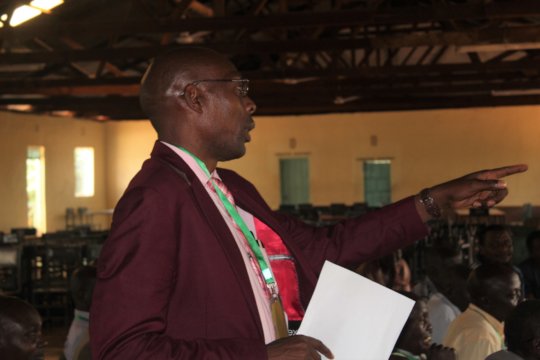 Mentorship-The Sure Path to Community Empowerment 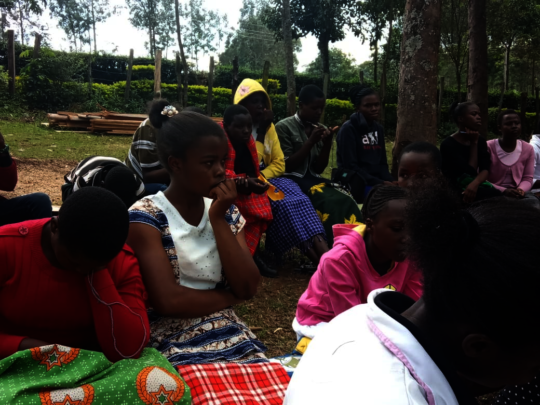 Beneficiaries of the program during a session

Nelson Mandela, philanthropist and 1993 nobel peace prize winner, once said that education is the most powerful weapon which you can use to change the world. The Lifeskills education program is built on the belief that girls are powerful component of the social-economic progress of our community-if they are empowered. As such, the program that runs courtesy of your kind support has been made a positive change in leveraging girls in Nymira.

Catherine, from Borabu sub-county, Nyamira, is a beneficiary of the life-skills education program offered by Hope Foundation for African Women during the International Day for the Girl Child, 2019.

‘I am glad I discovered this program at a time when I need guidance. I was born and raised here. I know the challenges I, and other girls experience. The girl child is at risk of being forced into FGM, early marriage, and poverty. We should be mentored and given skills to help us be free, enlightened, and empowered. I am glad that HFAW brought the program here. I enjoyed every bit of it’, said Catherine.

You can listen to Catherine speaking on the challenges facing her, and other girls in Nyamira, and her quest for more mentorship programs through clicking on the link provided alongside this report.

Nearly half of our community lives in poverty. Girls are among the groups that are most affected by the sorry-state of socio-economic conditions. Furthermore, being that we are approaching the holiday, most of them are at the highest risk of undergoing FGM, being initiated into romantic relationships hence putting them at risk of early marriage and dropping out of school. We wish to change this narrative. All girls deserve to be free and empowered. All girls need life skills education.

Dear friend and partner, we are greatful for your consistent support in this initiative. You have chosen this project, and we are humbled to be implementing it on your behalf. You are putting a smile on the faces of many girls like Catherine. It has not been a walk in the park. Thankfully, we have you, and we look forward to more of your support. 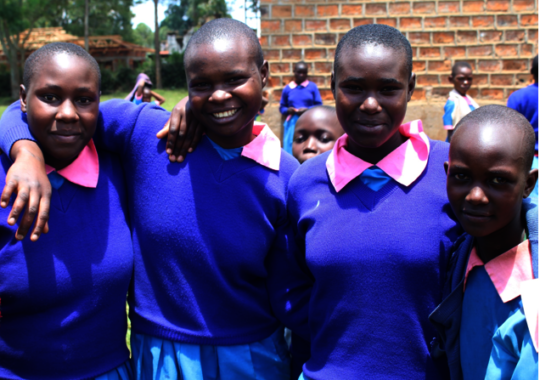 Tindereti students after a session 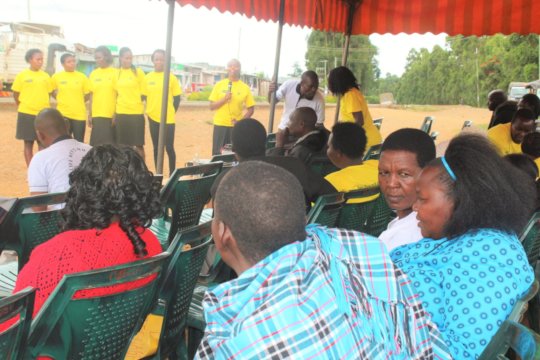 Catherine leading other girls during the program