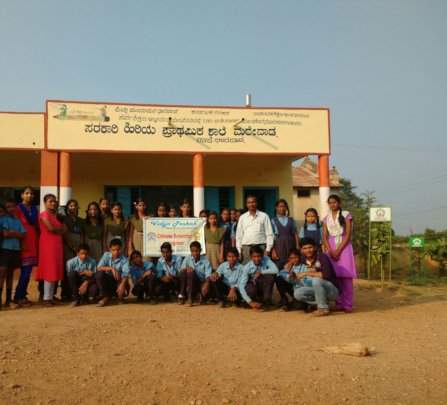 ·        During Academic year 2017 overall 1410 meritorious economically challenged students were financially assisted to the tune of INR 92 Lakh to pursue their studies in Professional & Nonprofessional course.

·         We  received more than 3000 applications for financial assistance but we could only support 443 students based on their merit and poverty level.

·         More than 10,000 books were issued to the students at Vidya Poshak Knowledge Resource Centres. A Total of 8500 students could access the library services through 6 library centres. 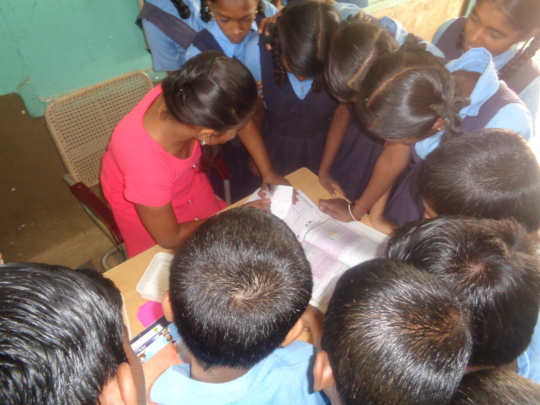 Thank you for joining hands with us, we appreciate your kind gesture in extending a helping hand for the noble cause of nurturing meritorious but economically challenged students.  None of our work could be done without our amazing supporters like you. 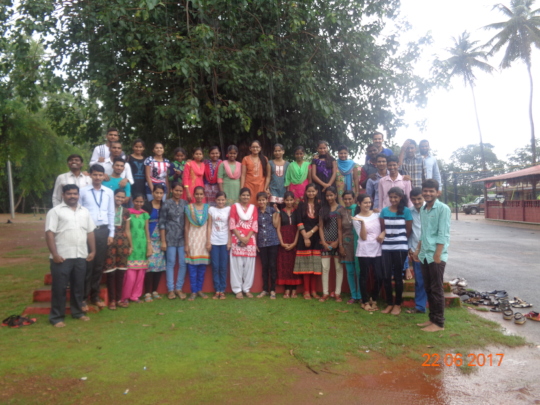 The Vidya Poshak  residential training camps aim to foster life skills that are not fully available in the student’s life either on campus or in their community.

A few objectives of the camps:

o   Average 10 hours of training and activities per day.

A total of 74 Vidya Poshak students attended this camp. All the students in this camp are students of 1st year degree  in Science and Commerce streams. Large majority of these students hail from rural background and   majority of them studied in vernacular medium till Class 10.

As these students are primarily from rural background and started studying in English medium at college level, the activities related to stage courage, life skills, etc. were given a large focus along with the student – focused activities like Communication skills, Presentation skills, Motivation, Team Building etc.

Brief activities about the camp:

1st day of the Camp: All students nominated to the camp arrived at the camp venue by evening.

2nd day of the Camp: Students assembled at 8.45am; The camp team gave the basic instructions to these students; the participants were divided into 8 groups; each group containing 9-10 members were allotted specific works to be carried out as per the instructions of the Comp Co-ordinator.

After that Mr.Umesh  C conducted a session on Motivation through some activities involving the participants.

He told them about the personality development. He stressed that this is the starting point on the path to success which is not only long but also tough. He called upon the students to face the problems boldly and to develop a positive attitude. The participants took part in two games. By this exercise, the class leant the ways and means to develop personality and to face the situation firmly without becoming panic.

In the next session, Mr. Umesh C dealt with another interesting as well as useful topic on motivation. This is an important tool in the hands of an achiever and that one should derive inspiration and encouragement at several things that happen around us daily. If one is committed to his goal and is capable of hard work, the success cannot remain far off. The ability to motivate as well as to get motivated makes the journey speedy and pleasant. He opined that each student should read good books and get motivated to achieve more and more. The participants were greatly benefited by his both the lectures on the opening day of the session.

3rd day of the camp: Mr. Poorna Prajna, a veteran communicator and a keen observer of the nature told about several instances where we ignore the happenings around us daily and never bother to know the possible reason behind such happening/ activity. This lack of curiosity will kill the enthusiasm and will lead to lethargy. He asked the students to get benefited by asking ‘Why’, ‘How’, ‘When’, etc. and getting precise reply to each such question.  He further told about the secrets of success in the field of science. He also gave a brief idea about the courses which would be available after PUC. His inputs were very useful to all.

4th day of the camp: The session was engaged by Mr. V.L.Hegde who spoke on communication skills. He gave several instances on the methodologies of improving the communication, either verbal or written. He wanted that the communication should be clear, complete, correct, concise and courteous. He stressed the need of using the language properly so that the receiver gets precise message. He opined that this skill is one of the basic ingredients to secure success in any field of activities.

5th Day of the camp: The morning session was engaged by Mr.Ravindra Hegde. He is very well in mathematics especially in Business and accountancy. He told about the shortcut methods for solving the problems on addition, subtraction, multiplication, division, etc. and also narrated about the magic square. He guided the students to solve various mathematical problems.

6th Day of the camp: -Mr. Umesh C began his session on Leadership and Team Work. He clearly brought out the difference between a manager and a leader. He told with several illustrations how a leader is able to take his teammates towards achievement of goal; he also told about good communications skills, critical thinking and creative thinking. Later, he narrated the difference between a team and a group. The TEAM implies that Together Everyone Achieves More. His lecture was well received by the participants.

7th Day of the camp: Mr. Druvaraj Melgeri dealt with various subjects like democratic set-up of India and America, the economic situations prevailing in these two big countries, the methodology to get passport, the importance of visa, the wrong notions with many persons about foreign tour, etc. He clarified several issues raised by participants and advised the students to develop eagerness to know more and more about our society and the world so that one gets boldness in case of failure; the failure leads to experience and the experience makes the man perfect.

8th Day of the camp: Mr. Nagaraj gave lecture on important science concepts. He gave several illustrations and how one takes things granted. Unless one develops curiosity to know why certain things happen in that way only, there cannot be real advancement. He was of  the view that  just memorizing the text book or question-answers one can’t be successful in his career. Logical thinking, developing an ability to solve problems in innovative ways, certain degree of imagination, study of latest developments, etc. are necessary for leading a successful life.

Closing ceremony was held in the evening in which all students participated enthusiastically.

‹ 1 ... 6 7 8 9 10 11 12 13 ... 30 ›
WARNING: Javascript is currently disabled or is not available in your browser. GlobalGiving makes extensive use of Javascript and will not function properly with Javascript disabled. Please enable Javascript and refresh this page.