Empowering Youth with Disabilities in Brazil 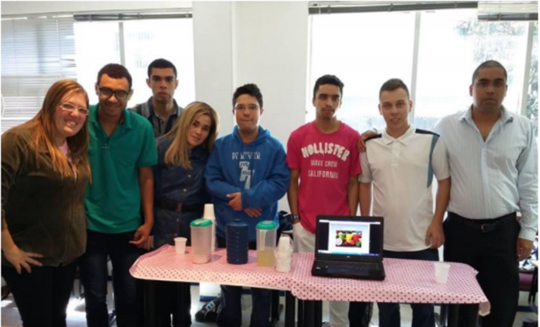 The Trust for the Americas is committed to support young people, from vulnerable communities, to overcome obstacles by teaching courses in professional and technological skills and offering guidance for new economic opportunities. Your support has helped us reach young people in Brazil through our Social Franchise POETA (Partnership for Economic Opportunities through Technology in the Americas). We have many success stories of beneficiaries of our POETA Center in Brazil, but today we would like to share a very special one.

Renan, 24, is a young man with an intellectual disability from São Paulo, Brazil. He lives with his parents and brother, in one of the neighborhoods with the highest rates of poverty and inequality of São Paulo. Prior to joining the POETA Center, Renan had little aspirations and believed that his disability would not allow him to get a job and gain professional experience. However, when he found out about the Center, he became really eager to acquire technology skills that would allow him to grow professionally and personally.

Once he joined the Center, he started taking courses in Computer Science with the hopes of finding a job one day and being a productive person of society. While still enrolled in the course, Renan started working with a company in the human resources department. In this company, his leadership and communication skills really stood out. He started giving ideas that would improve the communication on the company’s website and increase different marketing tools to attract users’ attention. Renan says, “I wish to continue learning how to use technology so that one day I can be the best designer of Brazil”.

With your support, we help youth like Renan, who otherwise wouldn’t have easy access to technology and its benefits. People with disabilities and/or economic and social barriers are mostly underrepresented in the fields related to technology. We kindly encourage you to keep donating so that young entrepreneurs like Renan can make a better future for themselves and their families.

Empowering Youth with disabilities in Brazil 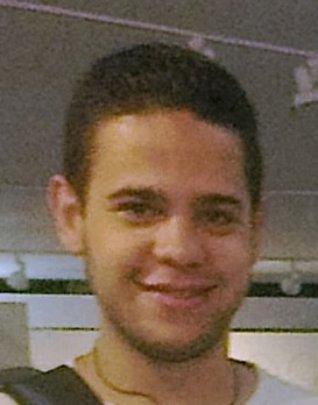 Another report added to our list. The Trust for the Americas would like to share another success story with you and keep you updated about our progress. In this opportunity, we would like to talk about Daniel’s story, a young entrepreneur who thanks to the POETA Center continues to make his own way towards a better professional future.

He lives with his parents in Sao Paulo and he wants to get into college to study Information Technology to become a specialist in interactive games. Daniel is one of many others who chose the POETA Center with the goal of acquiring technology tools that would help him in his professional growth. Also, he entered the POETA YouthSpark Project with the idea of venturing into Computer Science to be able to get a job in which he could apply all of his knowledge.

We believe being determined and having objectives in life is of the utmost importance, and Daniel is an example of this, because during his training process, simultaneously, he started working at a company specialized in coffee machines from Italy. There, Daniel showed his leadership and good communication skills, which allowed him to train himself and help other colleges and friends.

As Daniel was learning at the POETA Center, he began to apply the technology knowledge he had learned to his job, to improve the communication processes in the web page and to give ideas to renew the daily accountability of the company. Daniel is working hard to be able to present his proposal at the Entrepreneurship Fair carried out by the organization.

Daniel tells us: “in the future, I want to be an expert in the creation of spreadsheets to improve the quality of my work”. He also hopes to continue his high-quality studies to become the best video game developer in Brazil, because this is his true passion and what is better than working off what you like the most and be able to be good at it.

With this, we want to show you, the donors who help us tirelessly, the impact and reach of the POETA Project. It generates social cohesion, that is to say, it integrates people to the digital world and to courses that would not have been available to them, and it also gives them a productive perspective regarding technology and social inclusion.

Because of this story and all those that will come, we would like to invite you to continue participating with your donations and to continue changing the future of young entrepreneurs like Daniel.

Empowering Youth with disabilities in Brazil 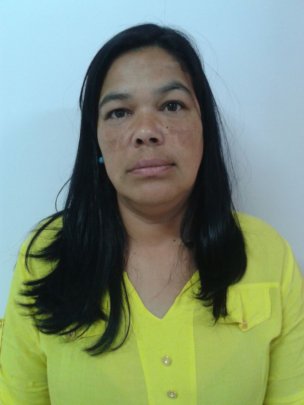 This time, as in previous years, The Trust for the Americas would like to share a story about effort and determination that breaks the stereotype and shows the importance of never giving up at any age.

Fabiana is a 41 year old woman who is in charge of three children and who lives in the Región Metropolitana of Curitiba, Brazil. She used to work at a factory in Curitiba, which was the only support for her family because it had been hard for her to find other jobs due to the fact that she had not completed her high school degree.

One day, and by a turn of fate, Fabiana had a car accident when she was crossing the street after leaving the factory. As a result, Fabiana wasn’t able to do any type of activity related to her job. After her slow recovery, she was relocated in the administrative area of the factory but due to her lack of training, it was impossible for her to perform well in the area she was assigned to.

Her arrival at the POETA Center was by means of a nomination from the Instituto Nacional para Estudios Estratégicos and she was selected. Even though she was worried not only because she was going to be away from her children due to the time required by the program but also because learning and overcoming her difficulties with the technological and content resources was a challenge for her.

Beyond her fears, she made an effort and started the program, since it was an opportunity to be trained and feel useful again in her work.

Not only she started the program but completed three professional training programs. This way she could overcome her limits, be trained and work in the contents in which she had difficulties, and this generated in her something that wasn’t in her plans, which was acknowledging her personal and professional development and gaining trust in herself.

“I feel privileged, because I had never had the opportunity to take personal development courses and that way increase my expectations” said Fabiana.

Thanks to POETA, Fabiana wants to resume her high school studies and participate in more technical courses for her personal development and be able to be reintegrated into the labor market in some administrative area.

With this story, we want to show how, once again, POETA introduced a change, created an opportunity, not only encouraging professional development but also personal development. That is why we hope that with your donations you could help us giving an opportunity to so many people in the same condition.

‹ 1 ... 5 6 7 8 9 10 11 12 ... 24 ›
WARNING: Javascript is currently disabled or is not available in your browser. GlobalGiving makes extensive use of Javascript and will not function properly with Javascript disabled. Please enable Javascript and refresh this page.