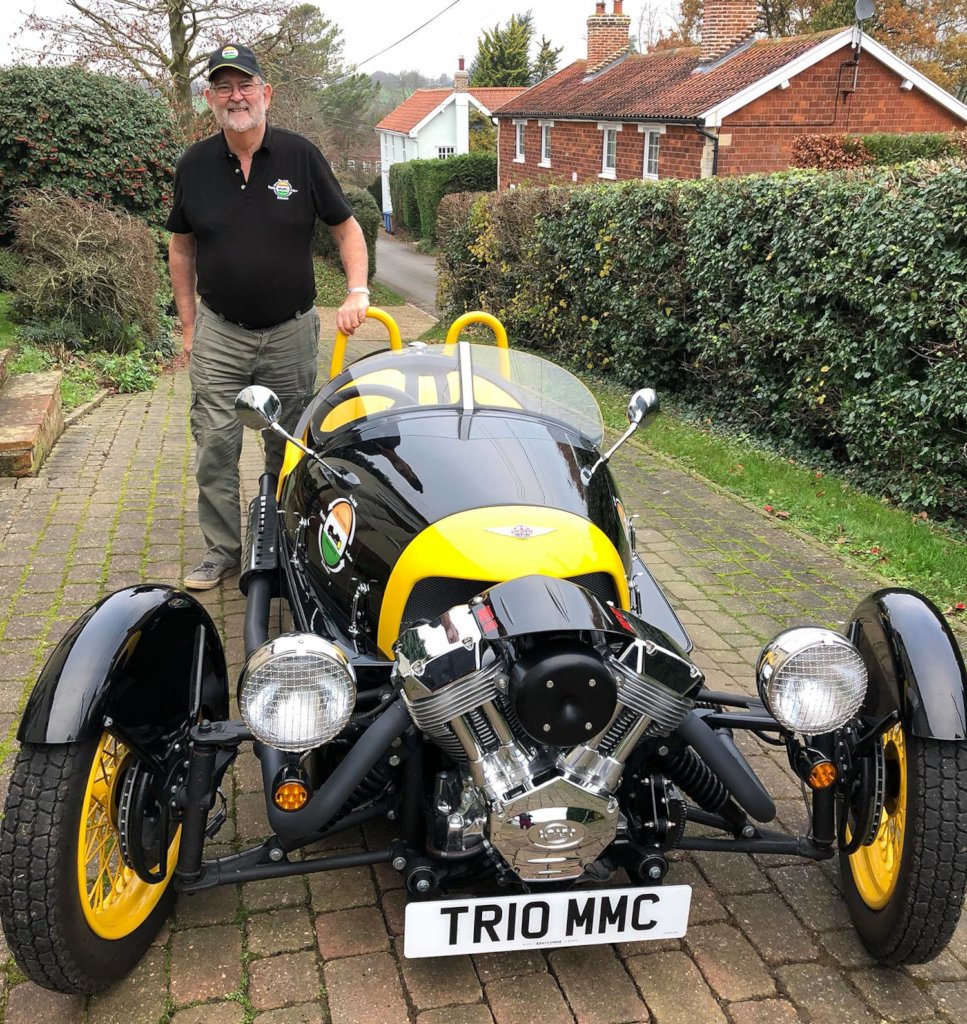 The Trans-India Challenge; A start of new journey 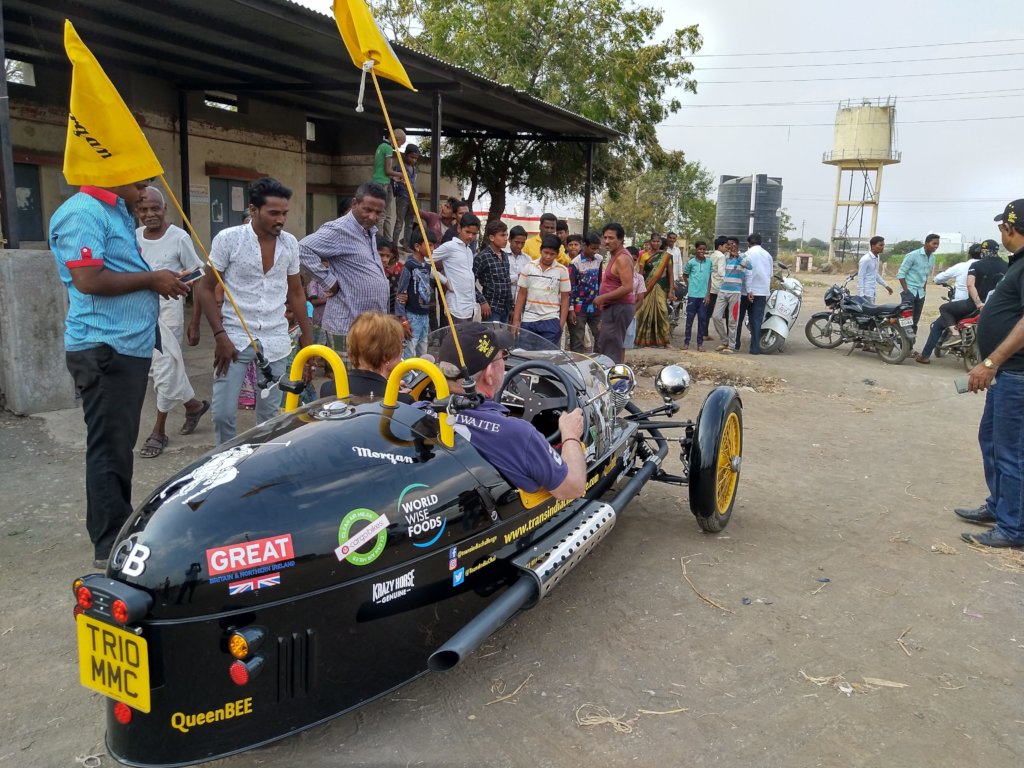 And....They're off!! Alan & Pat Braithwaite's Trans-India Challenge is underway. The intrepid crew and the Morgan 3 Wheeler left Mumbai on 1st feb after being flagged off by Meenakshi Gupta, Co-Founder of Goonj. The Challenge will cover 26+ Indian cities touching upon 14 Goonj fields including rural implementation and urban processing centres.

The team saw our processing and production works in Mumbai, Hyderabad centres, met with our volunteers in Pune, field works in Solapur (Maharastra), Puri, Belasore and Dahi field. They have finished with the first leg of challenge itinerary. Next up, they will be travelling to Goonj office and field in Kolkata, Bihar, Udaipur, Delhi, Palghar and finishing off the Challenge in Mumbai on 31st March,2020.

Prof. Alan and Pat are on a 30 day pan India journey on their Morgan 3 wheeler to raise funds and awareness about Goonj’s work. You can follow their journey 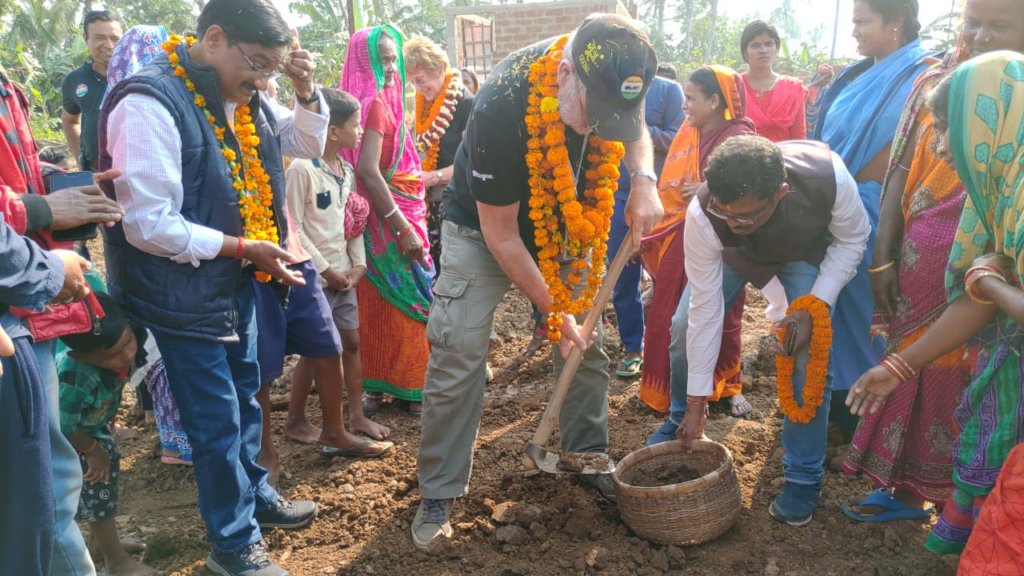 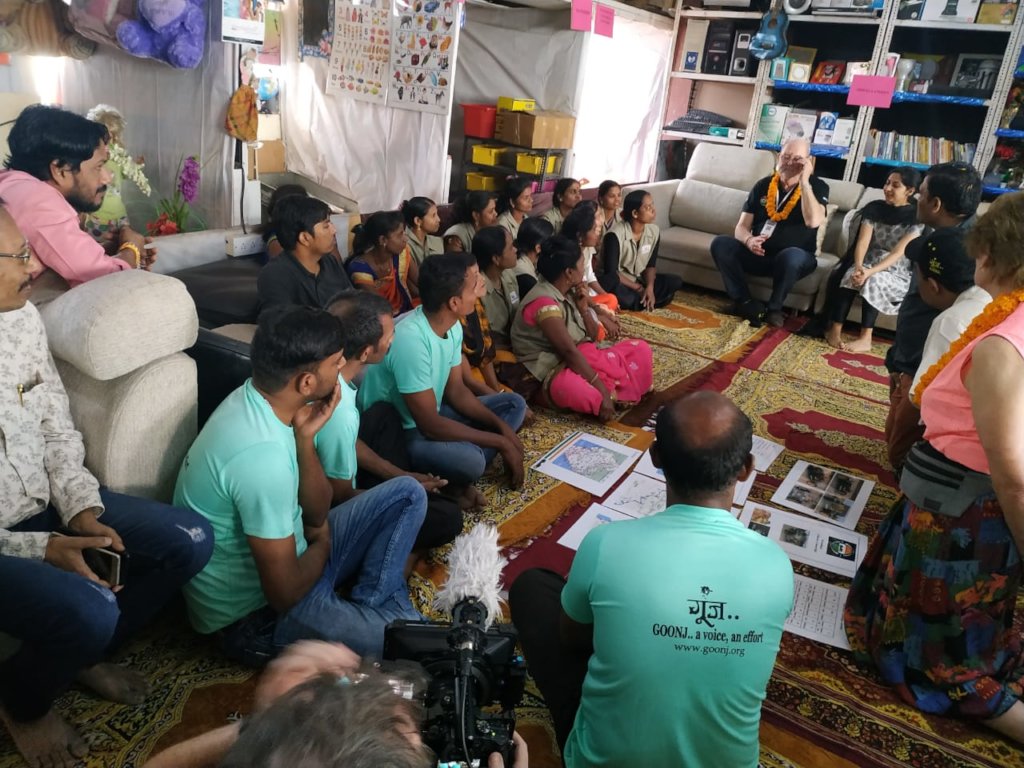 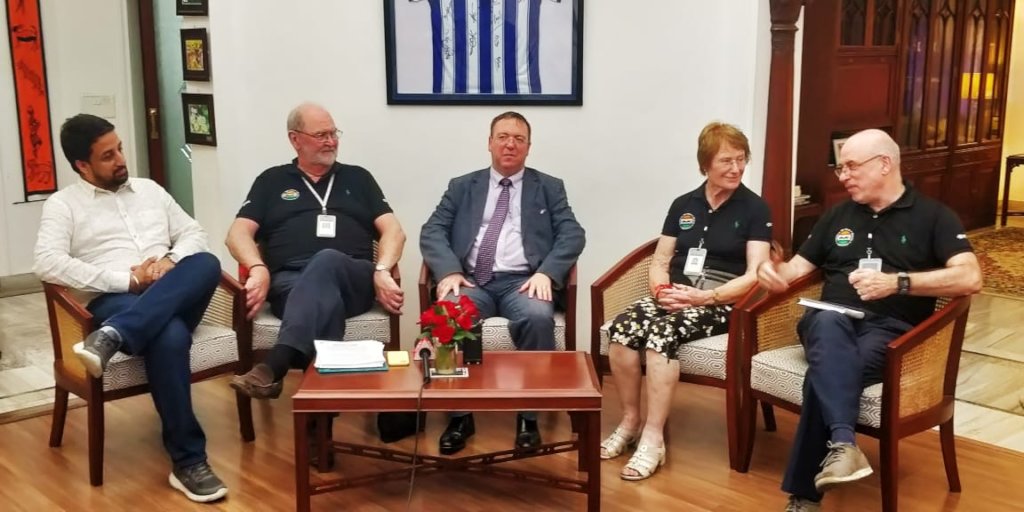 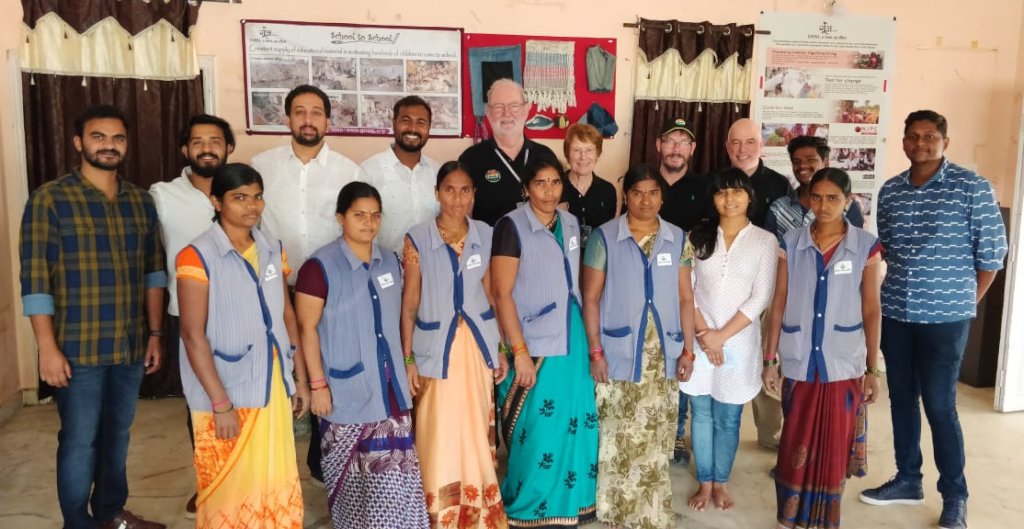 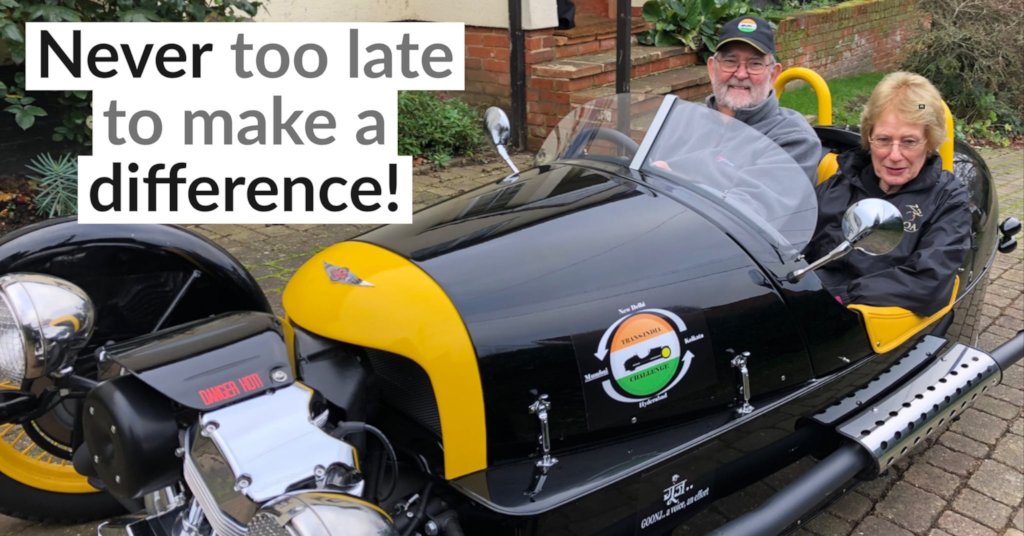 All geared up to touch Indian roads on February 2020, Alan’s Morgan 3 wheeler is more than its alluring glitzy exterior. Custom built from scratch, the Krazy Horse motor will tread 3500 miles journey across India to discover new ways of circular economic model that has far reaching impact on rural communities in Indian villages. Raw and unconventional it may sound; Trans-India Challenge is more than a fun adventure. By supporting India based internationally acclaimed voluntary organization GOONJ www.goonj.org which works on repurposing urban under-utilized materials as an important resource to trigger rural development across 23 Indian states, the Challenge will shed a whole new light on human centered design on circular economy.

Apart from its deep intervention in rural development issues affecting remote underserved communities across India, GOONJ has developed a reliable and time-tested disaster response strategy which starts with relief, followed by long term rehabilitation and revival of local livelihood. This year, there was major flooding in over 9 states causing huge infrastructural and livelihood devastation. Many affected states remained largely ignored and there was very little media attention. Here is first hand story from this year’s flood affected areas in Karnataka where GOONJ has been working on for several years now.

Shilpa (name changed) was already mourning over the loss of a dear one when the floods wrecked her small grocery store in Nagaral village in Bagalkot district which is one of the worst affected states in Karnataka. With basic necessary material received under Goonj’s Vaapsi (local livelihood revival initiative) implemented with a local grassroots partner organization, Goonj’s team motivated Shilpa to set up the store again – reviving her only source of sustenance. The Vapsi initiative is not just about reviving local economy of flood hit areas but it also prevents migration of the affected communities in the long term 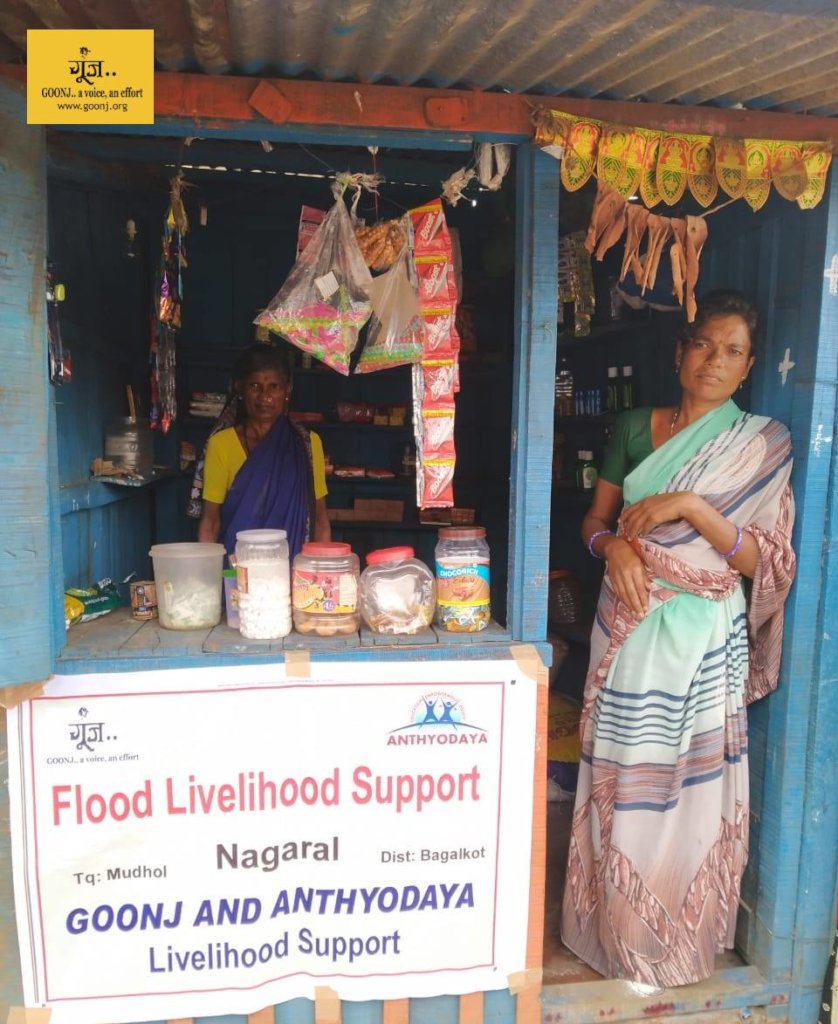 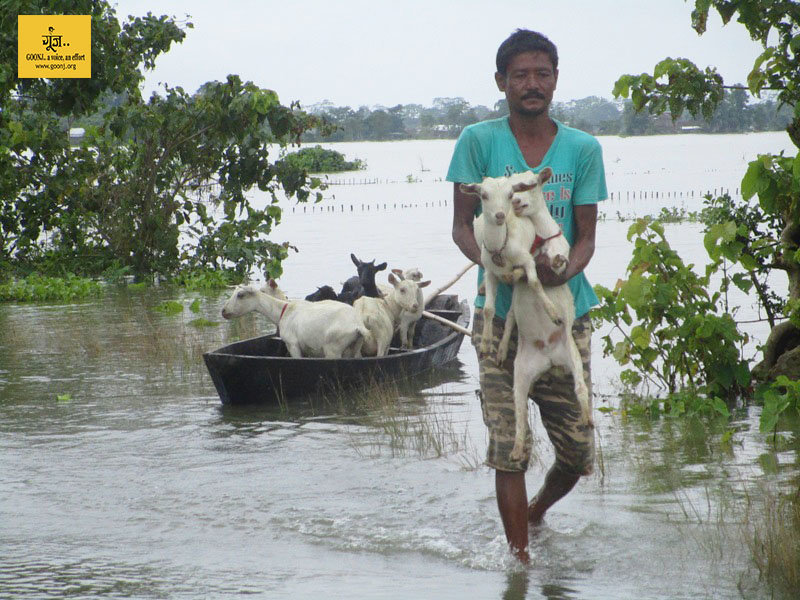 It started innocently enough: a drive through the Central-Western state of Karnatake in India during a holiday in December 2017. While enjoying the stunning scenery and the kindness of people in the towns and villages, Alan and Pat Braithwaite were also affected by the poverty and resource scarcity they saw as they travelled – sometimes in stark contrast to abundance of the same in India’s major cities.

With a lifetime passion for cars, more than 40 years’ experience in engineering and logistics, and a desire to create a more environmentally sustainable world, Alan started to form an idea. Would it be possible to raise funds, by driving across India, to help local become stronger and more resilient possibly through the development of a ‘circular economy’? The answer was “yes” and GOONJ – a multi award winning voluntary organization is already making the ‘circular economy’ a reality. Thus, The Trans-India Challenge was born.

Just two weeks after returning from India, Alan started putting his ideas into action. As an academic, He also set about finding a University and specialists to research the waste generated by India’s cities and the benefits a ‘circular economy’ could bring to local communities. He also decided on the Challenge car and chose a Morgan 3-Wheeler to tread on a 3,500 mile journey around India in October/November 2019.

Right now, millions in many Indian states including Maharashtra, Kerala, Karnataka, Tamil Nadu, Assam, Bihar and Andhra Pradesh are facing massive floods. According to media reports, Karnataka-44000 people displaced, Kerala-10000 evacuated, Maharashtra-over 2.5 lakh evacuated. (As on August 9th) . A flood-like situation has developed across India and the situation is worsening and spreading to other states as well.

With 2 decades of experience of working in varied disasters, Goonj has evolved a reliable and time-tested need based relief and rehabilitation work along with a network of stakeholders all across. Apart from educating masses and building a culture of mindful giving, they also work on disaster wastage (including large chunks of textile waste) that occurs due to senseless giving practices and that makes Trans-India challenge even more relevant in an increasingly global culture of fast fashion. 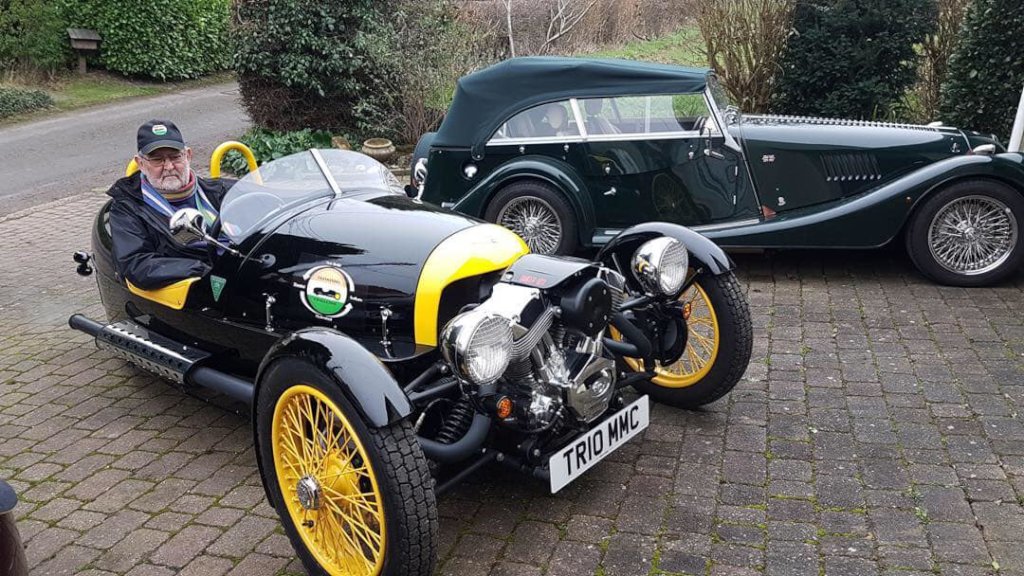 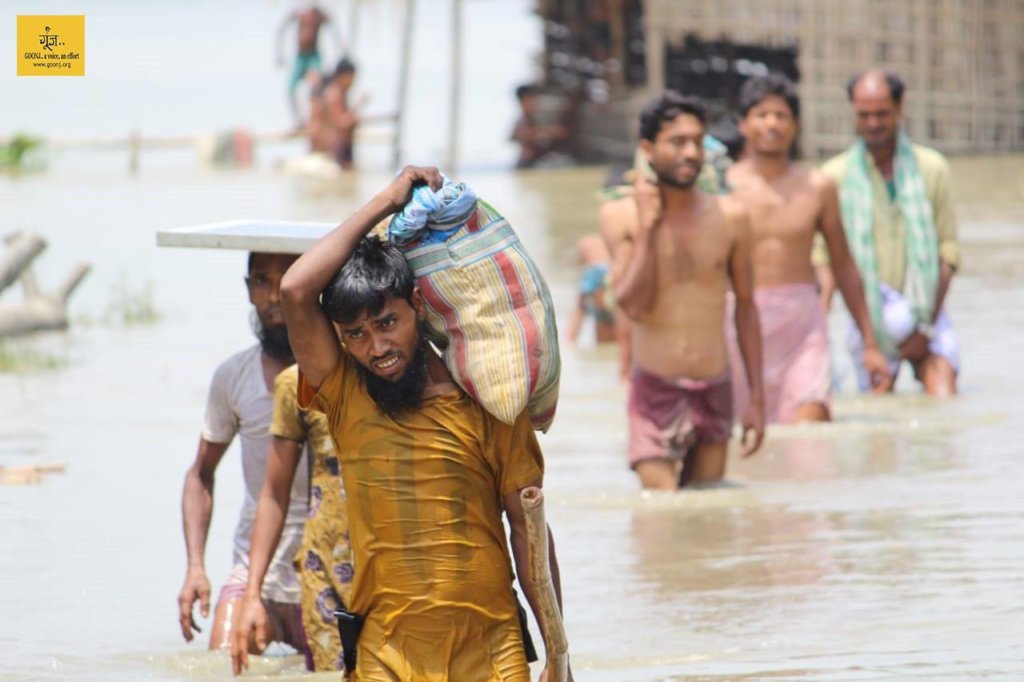 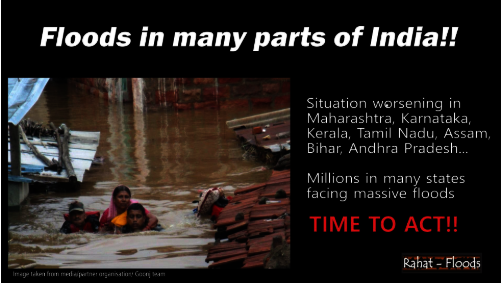 A visit to Goonj's remote implementation field in Bihar 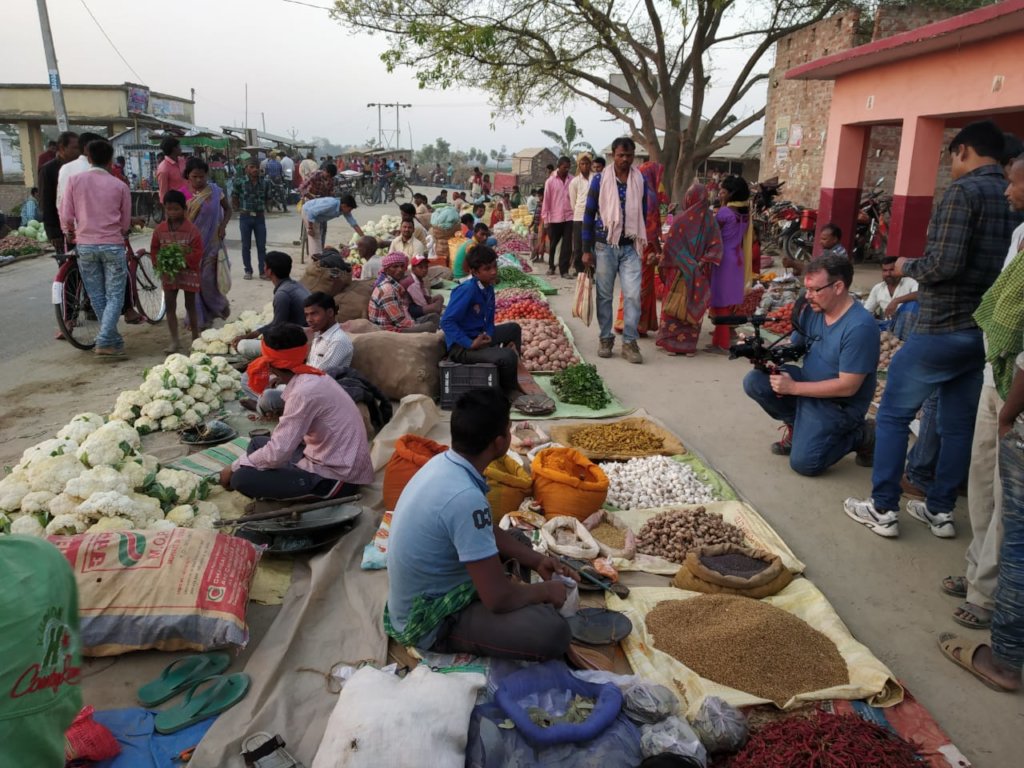 From an idea, a distant dream, Trans-India Challenge has come a long way. From charting out mammoth logistical developments to itinerary mapping to finally a field visit to India, meeting Goonj team has been no less than a rock and roll journey. David Campbell (crew member, Trans India Challenge) recently visited Goonj’s Delhi office and further delved deeper into our implementation field in Bihar witnessing large scale community driven development works.  In Saudagar Tola village (Madhepura, Bihar) – a flood prone area, he saw how an army of 120 people collectively built a check dam to prevent flood destroying their homes, paddy fields and inundating the village. Speaking to Shaligram Kumar, a local resident who witnessed the devastation informs “Suddenly, the speed of water increased, breaking the canal. I saw the water enter my house and my fields getting submerged under 2ft of water”. This was the plight for most of the families in that area. More than a year after the floods (which is a recurring phenomenon) Shaligram and rest of the villagers are now better prepared and intends to undertake more such community works.

In Alam Nagar (Madhepura, Bihar), he saw group of women channelizing tons of un-wearable, cloth materials into upcycled products like Sujni (Mattress) and Aasan (Mats) giving them dignified means of sustenance through their work and craftsmanship. The transformation of the urban discard (which otherwise becomes waste) into recycled and upcycled products is a fittest example of circular economy in action, but what goes beyond is using such material as a powerful resource to trigger development activities. The model not just brings an overwhelming novelty to rest of the world but also nurtures the principle of preserving the dignity of people. In Karuadih village, David has been part of one of the hundreds of “Chuppi Todo Baithak”- Break The Silence Meetings (menstrual health awareness session) organized by Goonj team every year with local people where women spoke of their menstrual health challenges, shared their stories and the taboos binding them. A visit to the local Chehak centre in Sahasara village of Panapur district was another insightful journey on daily reality of children in village schools surviving on limited resource and opportunities. These Chehak centers, built post Kosi Floods (2008         ) in Bihar, as an informal center for learning, for the affected kids. 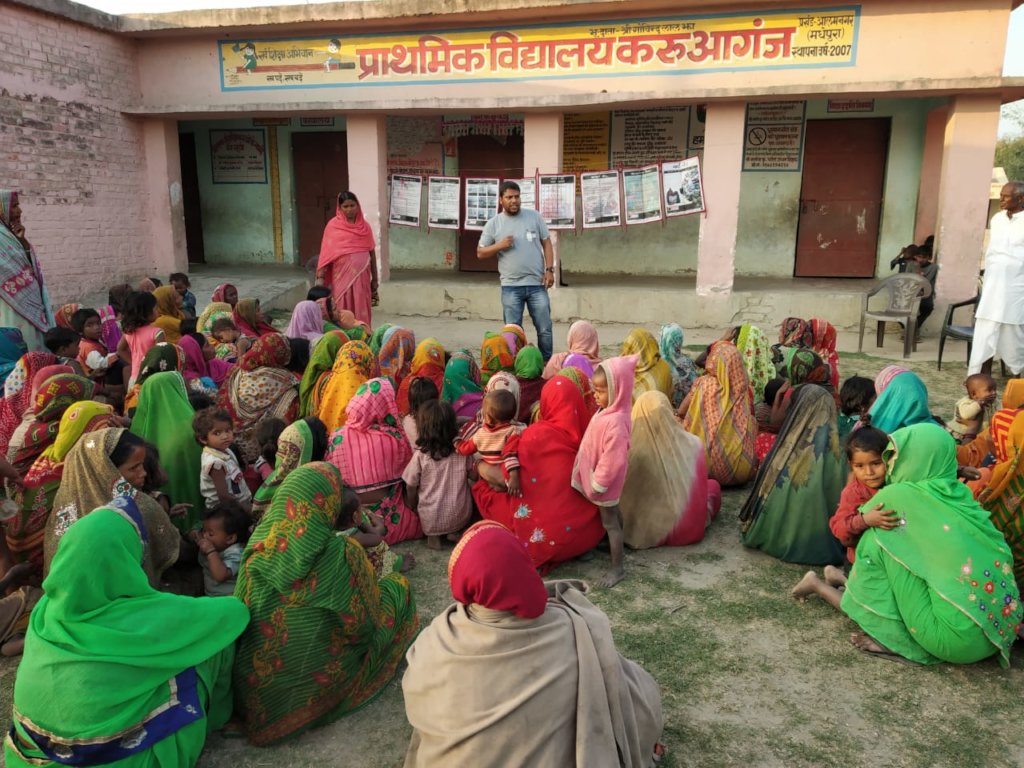 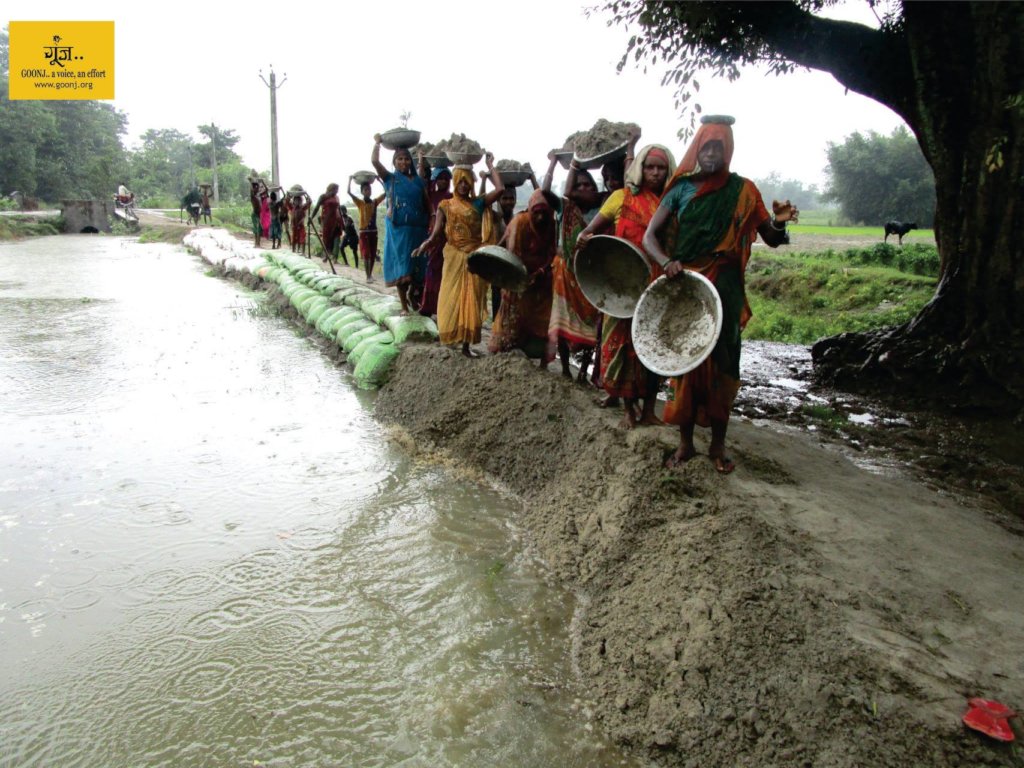 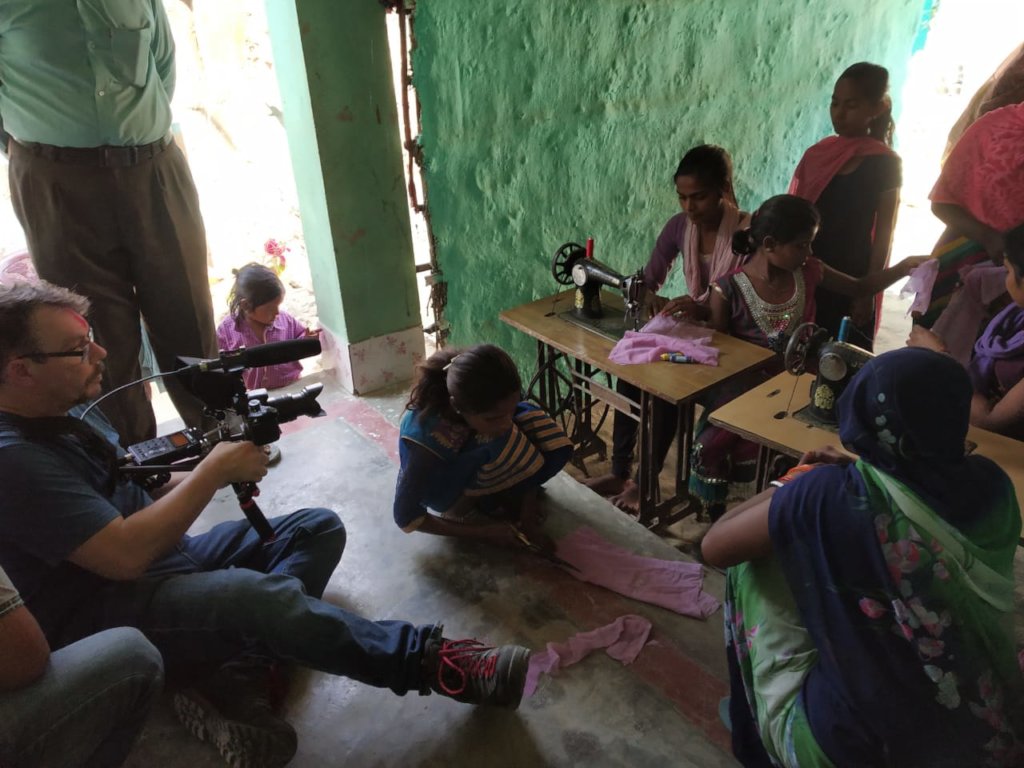 Up-cycling of under- utilized products

Donating through GlobalGiving is safe, secure, and easy with many payment options to choose from. View other ways to donate
GOONJ has earned this recognition on GlobalGiving:

GlobalGiving
Guarantee
Donate https://www.globalgiving.org/dy/cart/view/gg.html?cmd=addItem&projid=38259&rf=microdata&frequency=ONCE&amount=25
Please Note
WARNING: Javascript is currently disabled or is not available in your browser. GlobalGiving makes extensive use of Javascript and will not function properly with Javascript disabled. Please enable Javascript and refresh this page.