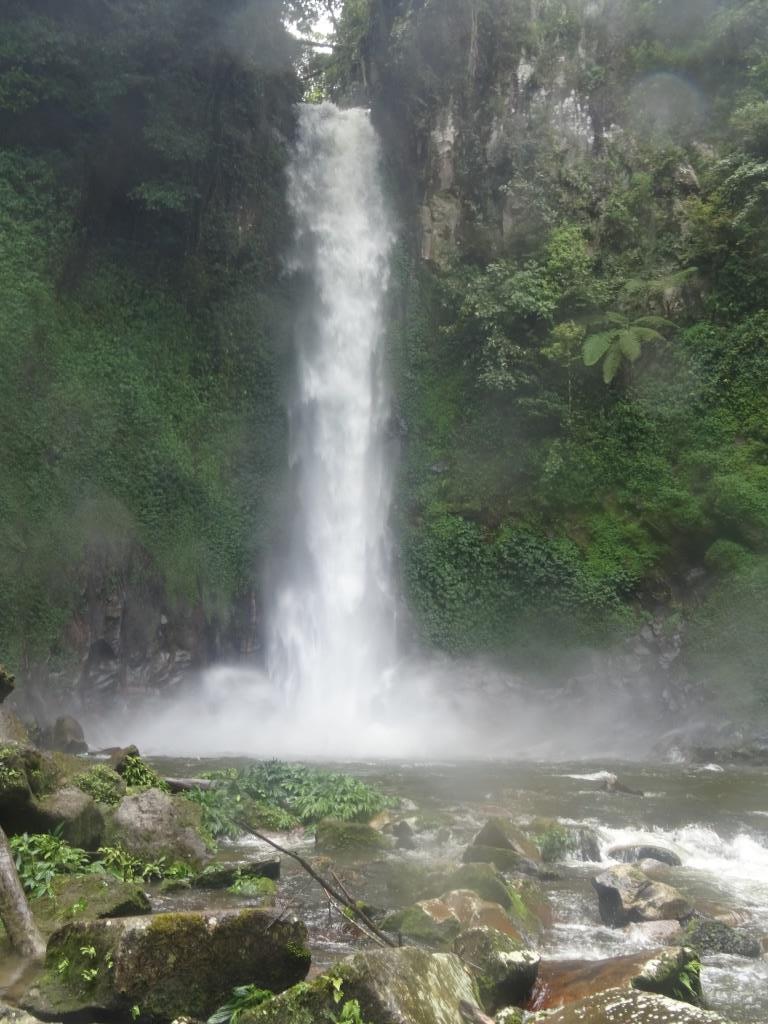 An Eden to protect

The Gunung Leuser National Park (GLNP) is located in northern Sumatra, Indonesia, and covers approximately 1,100,000 hectares. It was established in 1980. Together with Bukit Barisan Selatan and Kerinci Seblat national parks, it forms the Tropical Rainforest Heritage of Sumatra (TRHS) UNESCO World Heritage Site.

The GLNP is the core of many endangered species’ remianing habitat, including the Sumatran orangutan, elephant, rhino and tiger. There are 8,500 plant species, 350 types of bird and 205 mammal species in the Gunung Leuser National Park.These are all under threat due to agriculture-driven deforestation, illegal logging, land encroachment, poaching and hunting. Since 2013, our local partner the Orangutan Information Centre (OIC) has been working with the national park authorities in establishing monthly patrols.

The job of these patrols is to catch offenders red-handed as well as to act as a deterrent. If people know there are patrols and encounter them, they are less likely to engage in illegal activities. It is like having an extra police force to protect the animals and the forest. As such, the work is not always glamorous – it involves long hot treks though dense jungle, following tracks and inspecting whether the forest has been interfered with in any way.

Indra Kurniawan, patrols project manager, has no doubt: “Without our patrols, the situation would be worst, for sure. Our presence in the forest with national park rangers is a deterrent for many people who would destroy the park and its unique species. Obviously some still choose to trespass the laws, but they know they can be caught at any time. Being a poacher or an illegal logger is not as easy as it was before. Thank you so much to all our supporters, you help us make a difference”.

They also seized the equipment of 5 illegal fishermen and confiscated 56 cubic meters of wood illegally logged inside the national park. They also found an area of forest which had been encroached by local farmers who want to expand their land for agriculture.

Since the beginning of 2017, 8 patrols secured more than 17,500 hectares of forest. During their missions, our local partners encountered and destroyed 18 poachers’ camps, and 54 snares. 17 people have been arrested and put under investigation by the national park authority and the forest police. The fight is far from being won, but thanks to your support, Sumatran orangutans, elephants, rhinos and tigers can feel safer. Be sure that our rangers will not give up their mission, no matter hard it can be.

Saving a species and a rainforest is an ambitious task, especially as the area to cover on foot is so vast. Howeverm, as you know, large victories are won on the back of small day to day tasks. Thank you for having the vision to support some of these small tasks which are so necessary if we are to succeed inb our bigger vision of saving the Leuser Ecosystem and all the wonderful species who live in it. 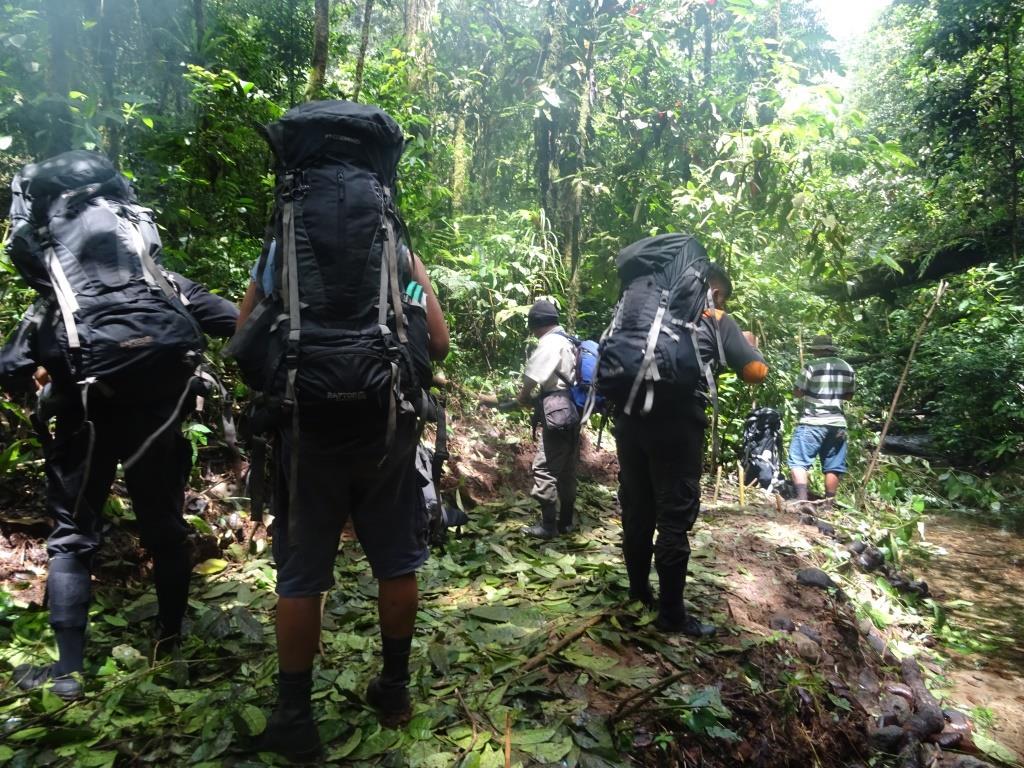 Patrolling in the rainforest 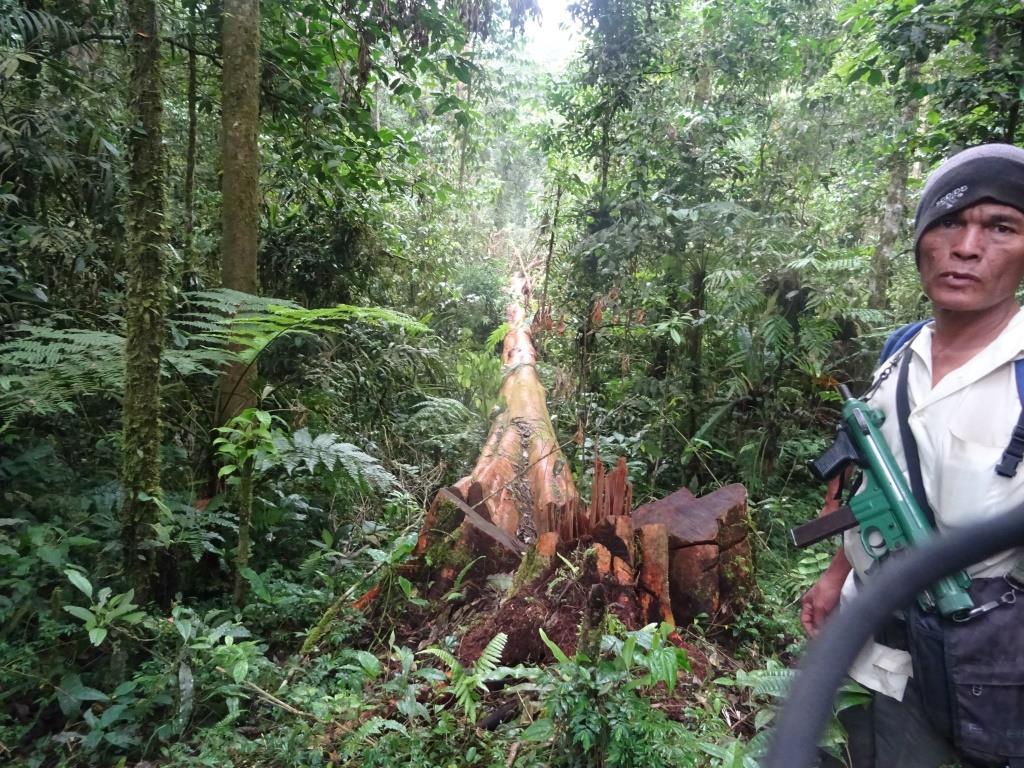 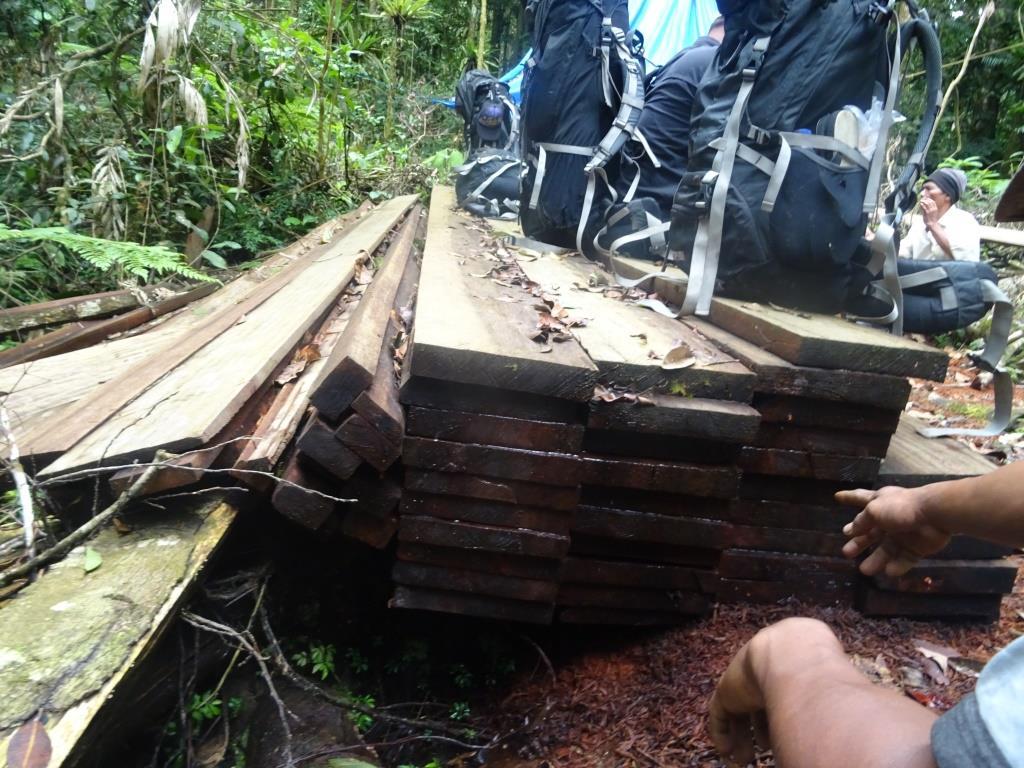 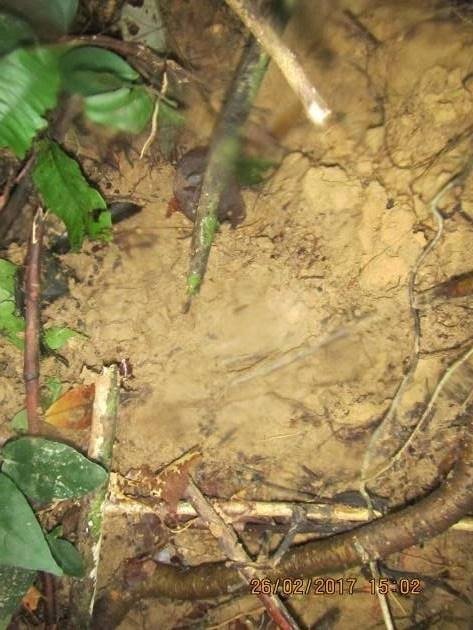 Although the Gunung Leuser National Park is protected by law, the National Park authority do not have sufficient resources to patrol the area. Development on the border of the national park is leading to encroachment into the protected forests, and we are seeing an escalation of hunting, poaching and illegal forest clearance. Local NGOs such as the Orangutan Information Centre offer additional rangers and technology to support these patrols.

Our partners in Sumatra are deploying community-based forest patrol teams to tackle wildlife and forest crime. So far, the teams have removed 156 snares from the forest, and 16 people have been prosecuted. This is a great result, but we need to scale up our efforts to cover more ground so that more forest and wildlife can be kept safe.

The patrols collect evidence of illegal activities, leading to prosecutions, which in turn act as a deterrent against future poaching and forest destruction. Involving local communities helps us to grow support for conservation, while training the next generation of rangers. This work complements our sustainable development projects, providing alternative livelihoods to villages adjacent to the park. This holistic approach is supporting government and communities to protect forests and wildlife.

In January and February 2017 the patrol team have been busy, conducting three lengthy forest patrols. Two of these were a general forest security patrol, looking out for signs of illegal encroachment and poaching and one patrol was specifically surveillance of palm-oil supply chains.

By their very nature, these patrols can occasionally find several encroachments and sometimes find nothing, but the very fact that they are known to be around serves as a deterrent in the area in question. They usually make their decision on where to patrol based on inside information as to where poachers or loggers have been seen. In the January forest security patrol, the rangers discovered 5 illegal logging camps, 1 fishing camp, 7 signs of wildlife. In February they encountered 5 hunting camps, a fishing camp. They also saw deer and elephant, as well as traces of other wildlife.

One of their tasks is to inspect the boundary markers to check they have not been moved and are still surrounded by intact rainforest. Although they are accompanied by Rangers from the National Park authority, it can be difficult to enforce the laws; during the February patrol for instance, they were told by a local farming co-operative that they had been forced to sell part of their land to a known timber merchant. It took a long time to unpick the story, but eventually a compromise was reached whereby the timber merchant pledged a different bit of land to the co-operative and a separate piece of land to be returned to rainforest. This may not seem like an ideal solution, but the practical realities of working on the ground often mean that compromise is more effective both in the short-term and also in terms of having the vital co-operation of key players in protecting the forest in the future. 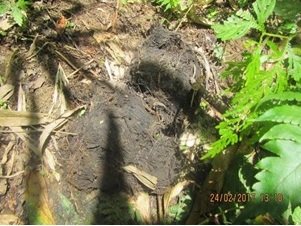 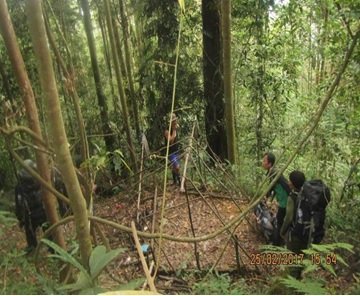