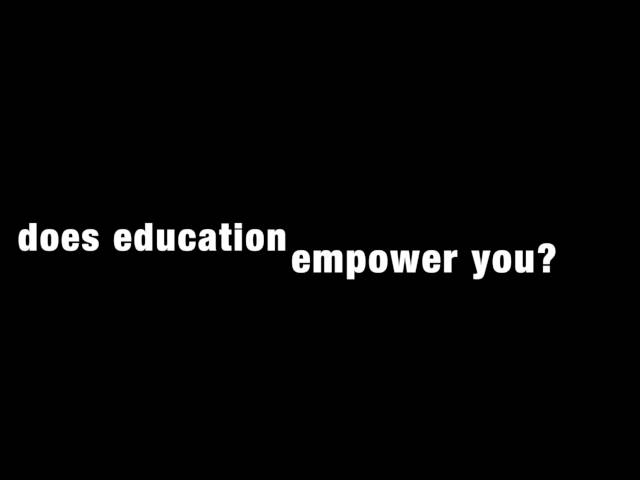 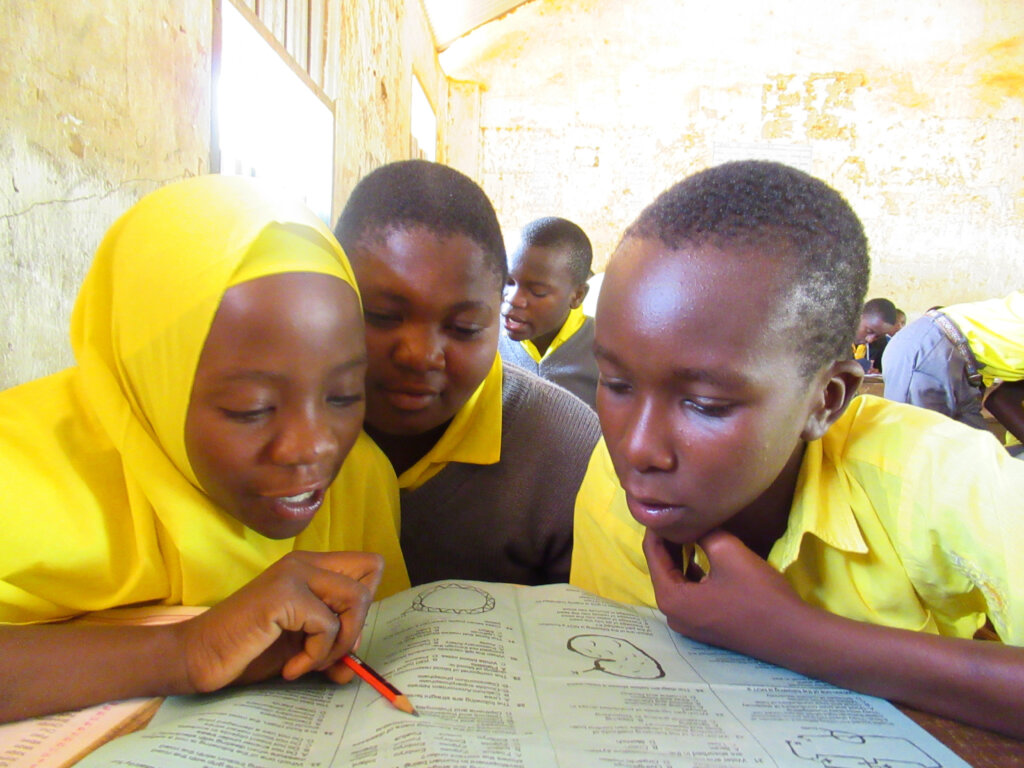 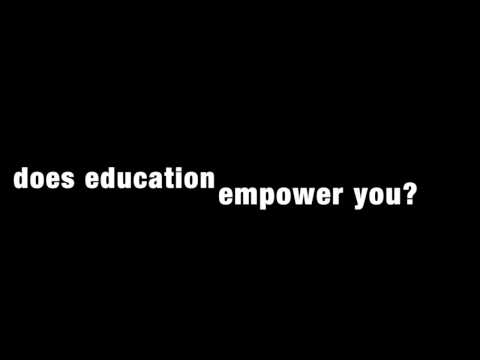 No Better 'Bang for the Buck' 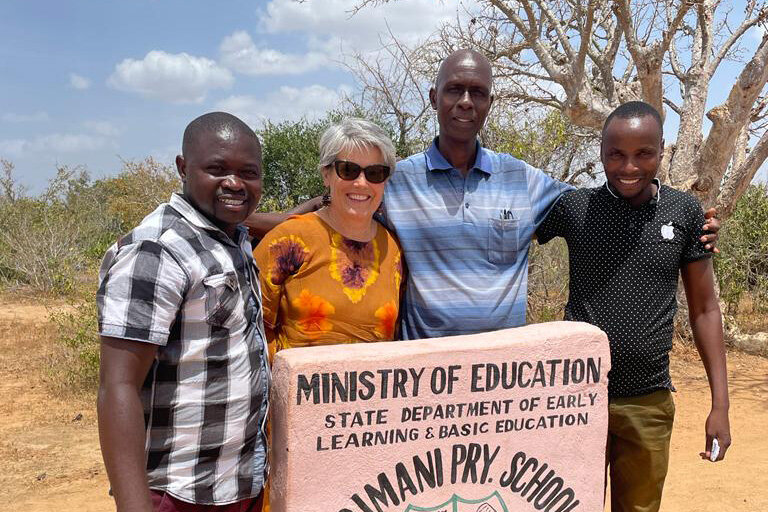 Like all our students, Kennedy came from extreme poverty, but excelled against all odds, accepted into the Kenya Keys program after graduating from primary school (eighth grade). At that point he received the best gift of all: a guarantee of sponsorship. The trajectory of his life changed forever. Sponsors Bret and Angie wanted each of their children to support one Kenyan student, and Kennedy was assigned to their son Matthew. These two had the privilege of meeting in person, a meeting they will never forget.

Upon graduating, Kennedy took at teaching job up north near the border of Somalia, where he received extra “danger” pay, for teaching in a school that many teachers refused to go to because of the incursion of Al-Shabab, the terrorist group that has struck fear into Kenya for years. A natural teacher, Kennedy, taught for many years, sending money back to his family. 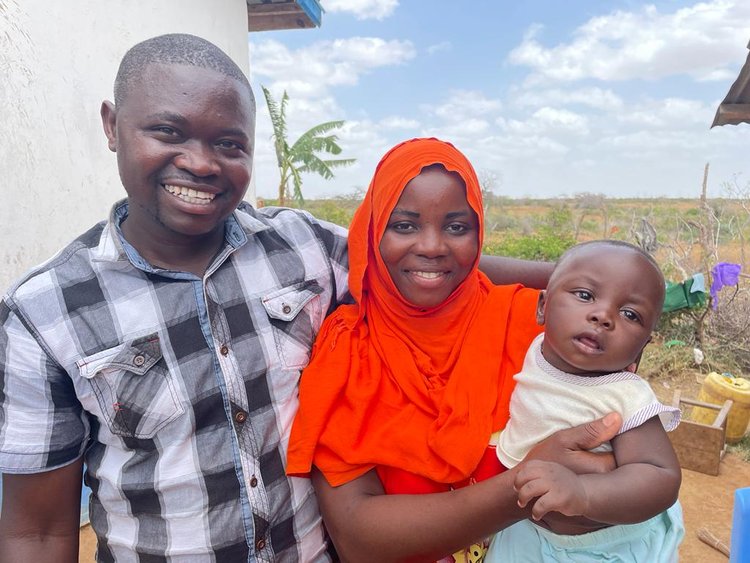 Later, while in Nairobi, he met and married a beautiful, bright, French-speaking girl from Barundi. As tradition demands, she moved on to his family compound and lived as part of his extended family.

To this point, Kennedy’s story is quite typical for Kenya Keys student; he went away for college. Started a family of his own. Immediately upon finishing school he started supporting his family and paying school fees for as many as he could, making a huge leap from the illiterate, peasant faming he had come from.

But his desire for greater learning and increased pay lead him back to college, in an intense course that allowed him to both teach while going to school to get a degree, rather than a diploma. His loyal sponsor stuck with him for the journey. While doing that, Kennedy, and some fellow Kenya Keys grads, watched the children in their area walk 5-6 miles, every day, each way, to primary school.  They would leave at 5AM, in the dark, and follow the narrow trails through the bush, knowing there could be elephants or snakes in the area. Still, they pursued.

We asked Kennedy how, as a young pupil, he managed to wake up by 4:30 every morning to get ready for school; this was not a place where you’d find a clock of any kind.  “It was God,” he replied. “God woke me each and every day.  He wanted me in school.” 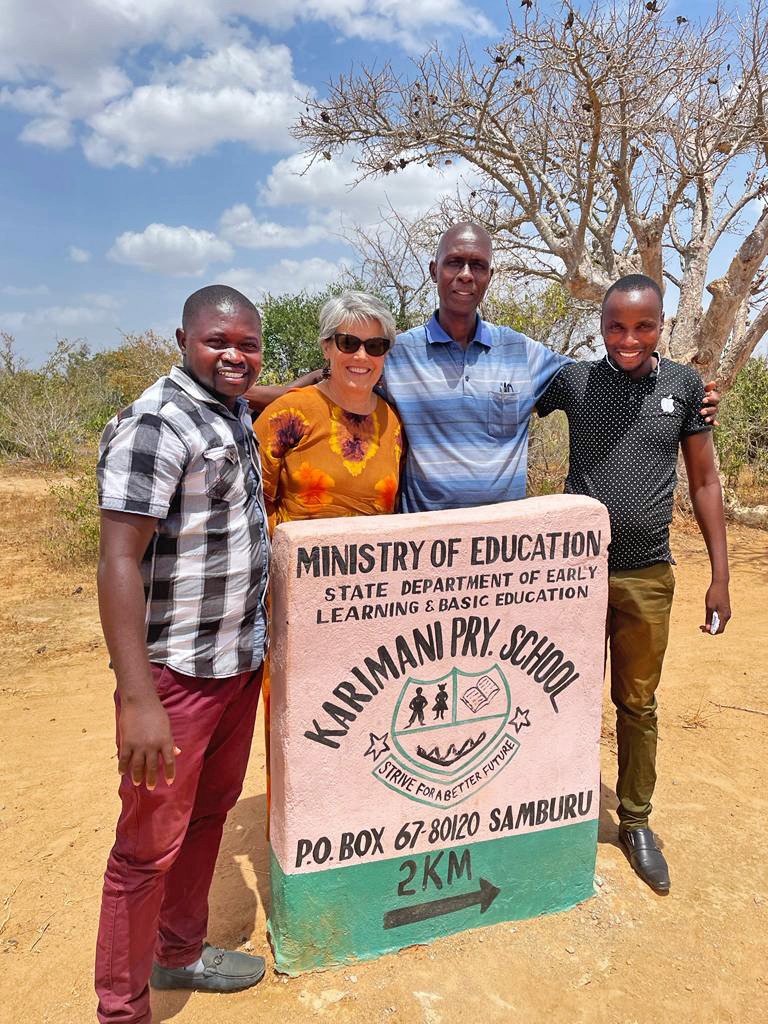 But Kennedy saw that many children were hindered by the long trek to and from school. He and his friends resolved to start a school nearby. The determination and grit that had gotten them through school drove them to become community activists. Going from home to home, compounded to compound, they asked villagers to contribute “some small something” to help start a school. Some could give a few humble shillings. Some a bag of maize flour. Some a bag of cement. Some only an egg. It was at least something to show their support of the cause. Many offered their labor. A few constructed small desks from local materials. The Kenya Keys alumni pitched in every shilling they could. And soon a humble two-classroom school was built. Kennedy, being in education himself, knew how to jump through the countless hoops to get his school recognized and certified by the government, which meant the government would provide a principal and two teachers.  The goal being to add classrooms every year until the school had all eight grades: a daunting task, for sure. But by now, we have no doubt it will happen. The Kirimani Primary school has been born.

Kennedy, now a father, wants to watch his children learn and grow at the school he has helped create. Teachers with equal determination will join his cause; they love to build something from nothing. They soak in the light of education and the hope it brings.

Kennedy – student himself, teacher extraordinaire, community activist, devoted son, father, founder of a school – do you think his sponsorship was worth it? 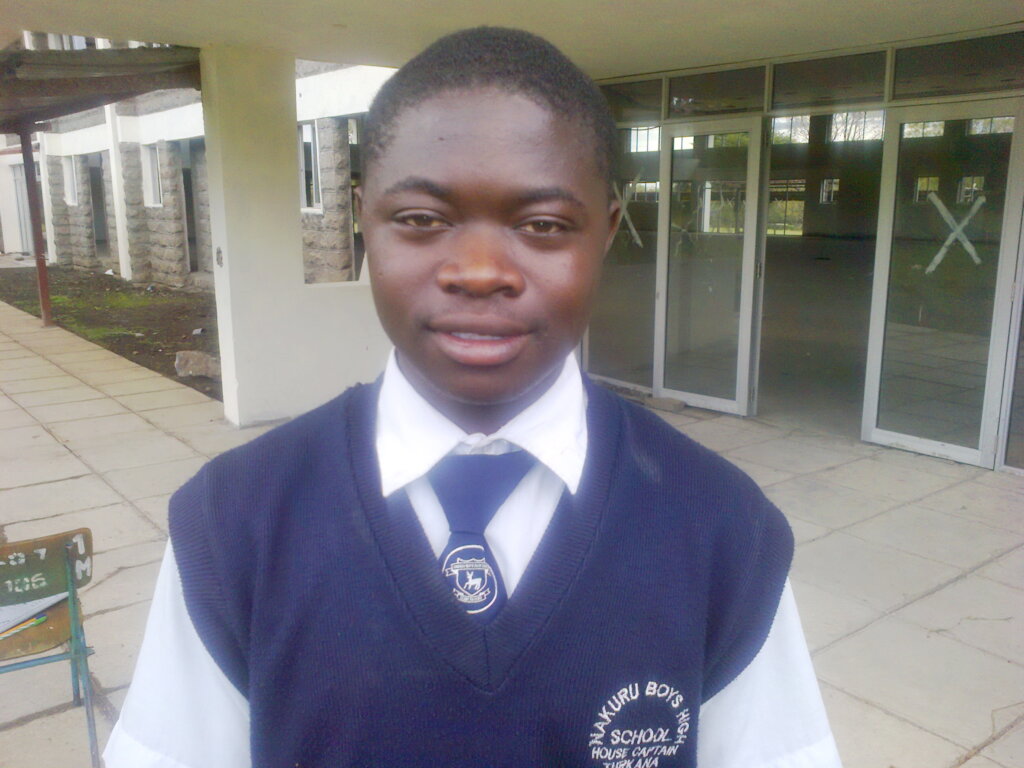 Kennedy as a secondary student in 2011

Make a monthly donation & get matched today at 100% while funds remain. Terms and conditions apply.
Give the gift of stability in a time of instability. Set up an automatic, monthly gift now and get matched at 100%—because the COVID-19 pandemic has hurt us all, and it will take all of us to overcome it. Terms and conditions apply.
Monthly giving is as easy, safe, and as inexpensive as a Netflix subscription. Start a monthly donation to Kenya Keys today and get matched at 100%. Terms and conditions apply.
$35
USD
monthly
Builds a desk for three students at a village school
›
$100
USD
monthly
Provides Vital Student Support (essential food, supplies, housing, etc. they lack) for one college student for one year
›
$450
USD
monthly
Provides a deserving high school student with tuition for one year
›
$900
USD
monthly
Provides a deserving college student with tuition for one year
›
$1,000
USD
monthly
Supports the greatest need and allows us to allocate resources where they can do the most good.
›

Donating through GlobalGiving is safe, secure, and easy with many payment options to choose from. View other ways to donate
Kenya Keys has earned this recognition on GlobalGiving:

GlobalGiving
Guarantee
Donate https://www.globalgiving.org/dy/cart/view/gg.html?cmd=addItem&projid=53004&rf=microdata&frequency=ONCE&amount=25
Please Note
WARNING: Javascript is currently disabled or is not available in your browser. GlobalGiving makes extensive use of Javascript and will not function properly with Javascript disabled. Please enable Javascript and refresh this page.