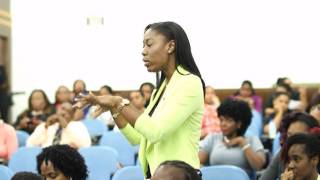 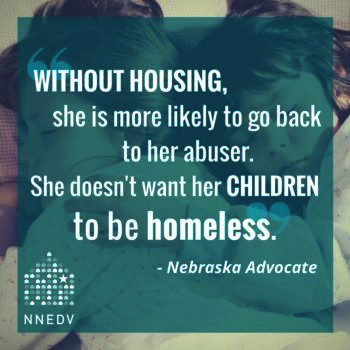 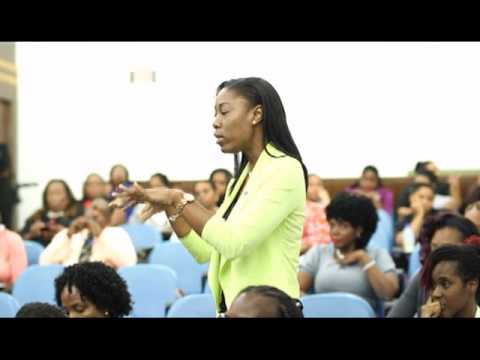 GBV VICTIMS ARE NOT INCLUDED IN COVID-19 PREP

Saint Lucia is a Tourism destination and the COVID-19 has had a very devastating effect on the tourism industry, but most importantly the thousands of women who work at the various resorts no longer have independent livelihoods as the resorts are closing down as travel restrictions take effect in Canada, USA, Europe, etc.

The Prime Minister’s address to the Nation did not include any relief or arrangement for gender based violence victims, special needs children or marginalized groups, therefore, women and children who do not have disposable income are left to fend for themselves in this crisis.

As women lose their jobs their partners threatens to throw them out onto the street if they cannot find a job to contribute to the bills, for women who are experiencing domestic violence, mandatory lockdowns to curb the spread of COVID-19 (the disease caused by the new coronavirus) have trapped them in their homes with their abusers, isolated from the people and the resources that could help them.

A growing number of callers to our organization’s line say that their abusers are using COVID-19 as a means of further isolating them from their friends and family, threatening to throw their victims out on the street and some are withholding financial resources and medical assistance.

The very way we are protecting people from the virus is impacting victims of domestic violence, we absolutely support the need to follow these measures of social distancing and isolation, we also recognize that it provides an opportunity for abusers to unleash more violence on their victims.

One out of three women in the world experience physical or sexual violence in their lifetime, according to the World Health Organization, making it “the most widespread but among the least reported human rights abuses.” But during times of crisis—the risk of gender-based-violence escalates.

Providing nonperishable foods, disposable diapers, wipes and medication to our clients is our most important concern at this time while continuing to provide support services via alternative medium to ensure their safety.

Why do Domestic Violence Victims Stay?

When it is a viable option, it is best for victims to do what they can to escape their abusers. However, this is not the case in all situations. Abusers repeatedly go to extremes to prevent the victim from leaving. In fact, stories from our clients suggests leaving an abuser or threatening to leave an abuser is the most dangerous time for a victim of domestic violence. Out of seven domestic homicides in 2016/17 families suggests that victims were planning to leave the relationship, however they were also afraid there was no safe space to go and their abuser may find them.

Victim's reasons for staying with their abusers are based on the reality that their abuser will follow through with the threats they have used to keep them trapped: threats such as  - the abuser will hurt or kill them, they will hurt or kill the kids, they will win custody of the children, they will ruin their victim financially -- the list goes on. The victim in violent relationships knows their abuser best and fully knows the extent to which they will go to make sure they have and can maintain control over the victim. The victim literally may not be able to safely escape or protect those they love.

In 2020 we need your support to expand our shelter program and to ensure every victim has a place to go.

THE BENEFITS OF HAVING A STRONG, SECURE SHELTER

While not every victim of domestic violence is female, women constitute the majority, we have not yet encountered a single man since we started working with victims of domestic violence in February 2012. We work closely with  many survivors of domestic and women in particular, stay in dangerous relationships for many reasons. Many times, a chief reason is the lack of an accessible and welcoming women support shelter, woman in an abusive relationship may not feel she has anywhere else to go. Extended family may not be near or welcoming. An inability to be self-supporting can leave many feeling they are “stuck” in their situation.

A crisis shelter gives women in imminent danger someplace safe and secure to escape from harm. Friends and family may be non-existent or too accessible to the abusing partner. A crisis shelter offers a roof, meals and a location where the abuser cannot reach them.

In most cases, the crisis shelter offers much more – like a consistent, safe place to recoup from the strain of real and pending danger – not just for themselves, but for their children also. It also offers them an environment to encourage their potential, rather than crush their self-image. The shelter offers space to breathe and re-imagine life alongside those who have reached this hope for themselves. Hope for a better future can be born, and this includes hope for new opportunities for children who have witnessed domestic abuse or experienced homelessness.

Many times, it takes more than 60 or 90 days to start rebuilding a life, so we also working to offer longer-term housing  so women can access other services which empower her to work toward enhanced career opportunities, including education and resources toward her own permanent residence.

Because our team works on a daily basis with those who face abuse, we have an authoritative voice when it comes to public policy. Victims may lack confidence in themselves or ‘the system’ but we can speak confidently and assuredly on their behalf. In this way, crisis we benefit not only those in immediate danger, but can help to protect others in the community before they are victimized. For all these reasons, and more, we hope you can see why it’s so important to support a safe space for women and children who are victims of domestic abuse.

Our initial mandate was to advocate for and on behalf of women and children who are victims of violence and lack of access to swift justice. Our work is hard and tedious because entrenched cultures make change difficult, therefore it is necessary to be persistent in our efforts to raise awareness and educate everyone on the detrimental effects of gender base violence on us as individuals, on homes, families and the country. Coupled with these responsibilities we are hosting women who cannot go to the shelter or stay at their own homes because of the threat of harm by intimate partners and partners who threaten the safety and security of their children

For the period 2013/16 the Women Support Shelter recorded a total of 1076 domestic violence crisis calls, there was a marked increase in 2016 reflecting a total of 435 crisis calls.

These statistics show a startling and persistent increase in gender based violence, we believe public education and awareness, increased resources (human, training and capacity building) to social services agencies is critical to minimize the high rate of gender based violence, critical legislation to provide a more equitable environment and minimize legal victimization of women and children have been pending for  very, very long.

We continue to struggle for resources to assist victims while being thankful for those who support our work and vision.

A SAFE SPACE FOR VICTIMS TO BE DEBRIEFED, SHELTERED AND SUPPORTED IS CRITICAL FOR EVERYONE. 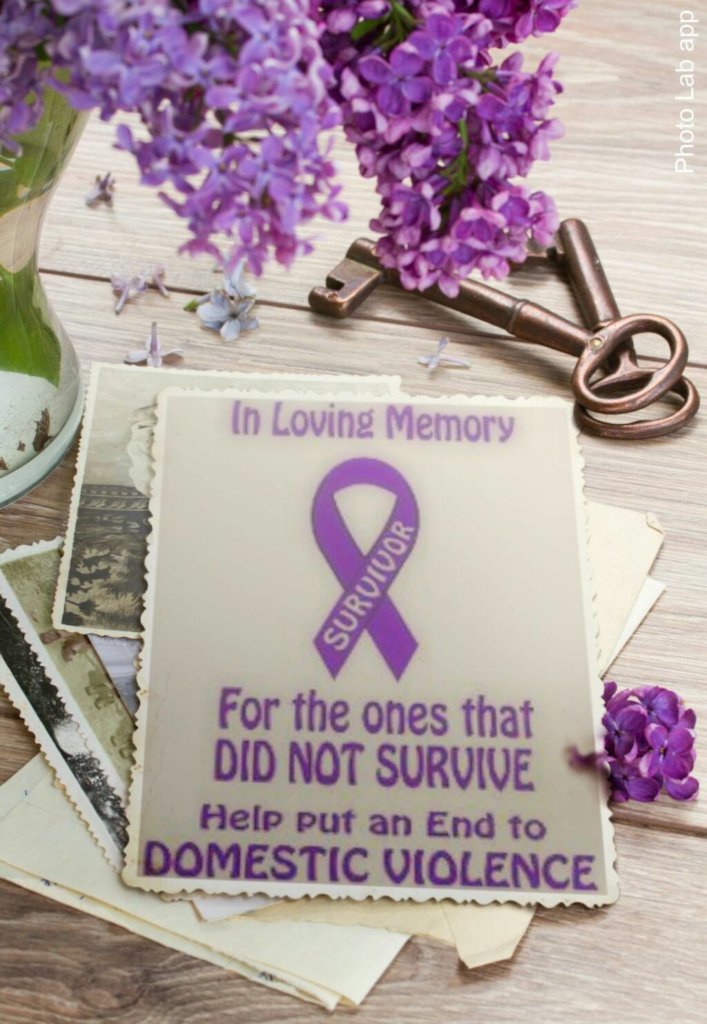 Over the last five years domestic homicide has risen to unprecedented levels, in 2017 we had seven domestic homicides, over the last year we have had at least three women killed  by their partners and investigations revealed post death that they had been trying to leave the relationship but with no where to go.

We need an Emergency Shelter for survivors of domestic violence and their children.

Because emergency services must be available to women and children who are unsafe in their present living situation.

This proposed safe house will provide three meals per day, toiletries, and other daily essentials such as diapers and laundry facilities, but most importantly emotional and psychological support and safety.

Advocates will provide help with attaining goals, referrals to other agencies and services, and counseling. Residents and their children will be provided with several opportunities to attend support groups and other special activities throughout their stay.

Our Domestic Violence Services Program (DVS) will provide emotional and practical support to survivors of domestic violence, primarily those who will be accomondated at the proposed safe house. Our goal is to help survivors to become or remain safe and autonomous.

Legal Advocates will provide assistance and support to survivors of domestic violence as they engage with the criminal or civil legal system. These services include matters involving criminal charges against the batterer, matters involving criminal charges against the survivor, obtaining and enforcing personal protection orders, pursuing divorce and child custody issues,  landlord/tenant issues, and other matters. Legal Advocates will also be available for court accompaniment to all court hearings.

We cannot continue to allow victims of domestic violence to be on their own and being killed trying to figure a way out.

Donating through GlobalGiving is safe, secure, and easy with many payment options to choose from. View other ways to donate
Raise Your Voice Saint Lucia Inc has earned this recognition on GlobalGiving:

GlobalGiving
Guarantee
Donate https://www.globalgiving.org/dy/cart/view/gg.html?cmd=addItem&projid=37895&rf=microdata&frequency=ONCE&amount=25
Please Note
WARNING: Javascript is currently disabled or is not available in your browser. GlobalGiving makes extensive use of Javascript and will not function properly with Javascript disabled. Please enable Javascript and refresh this page.