by Phoebe education fund for vulnerable children in U 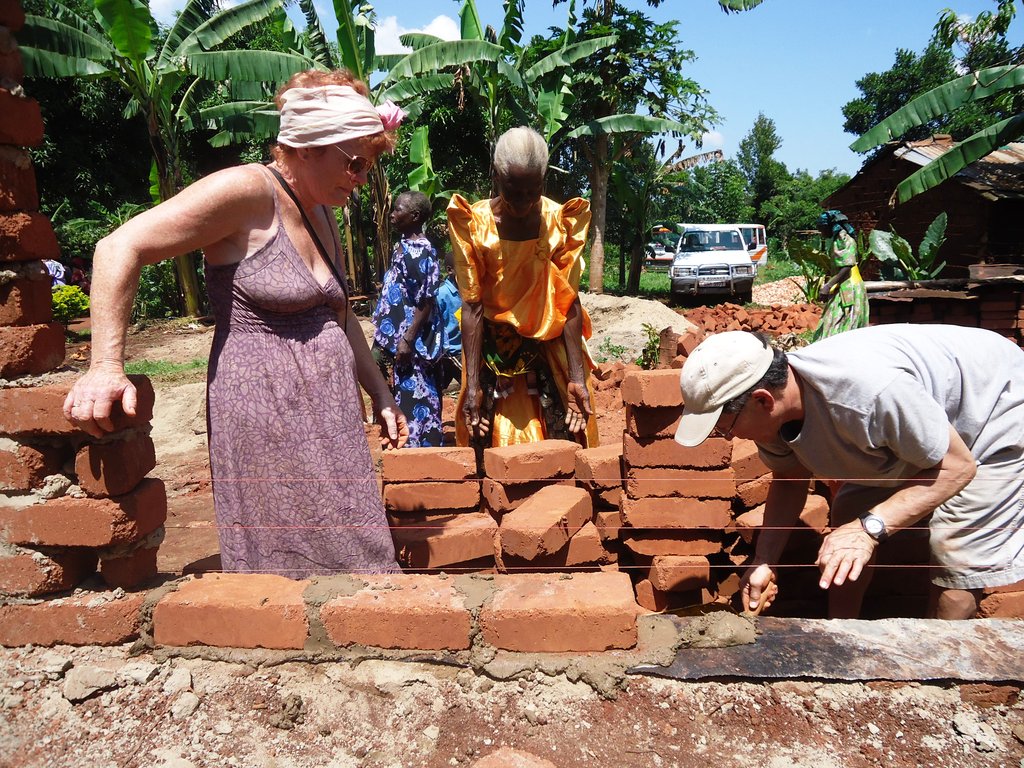 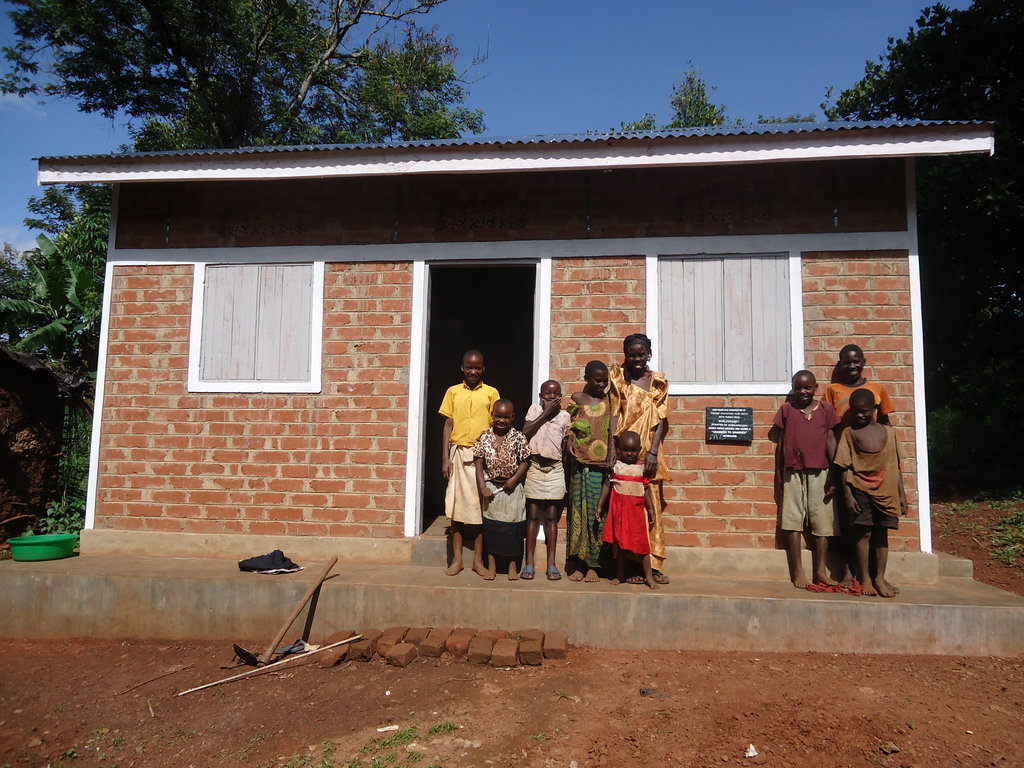 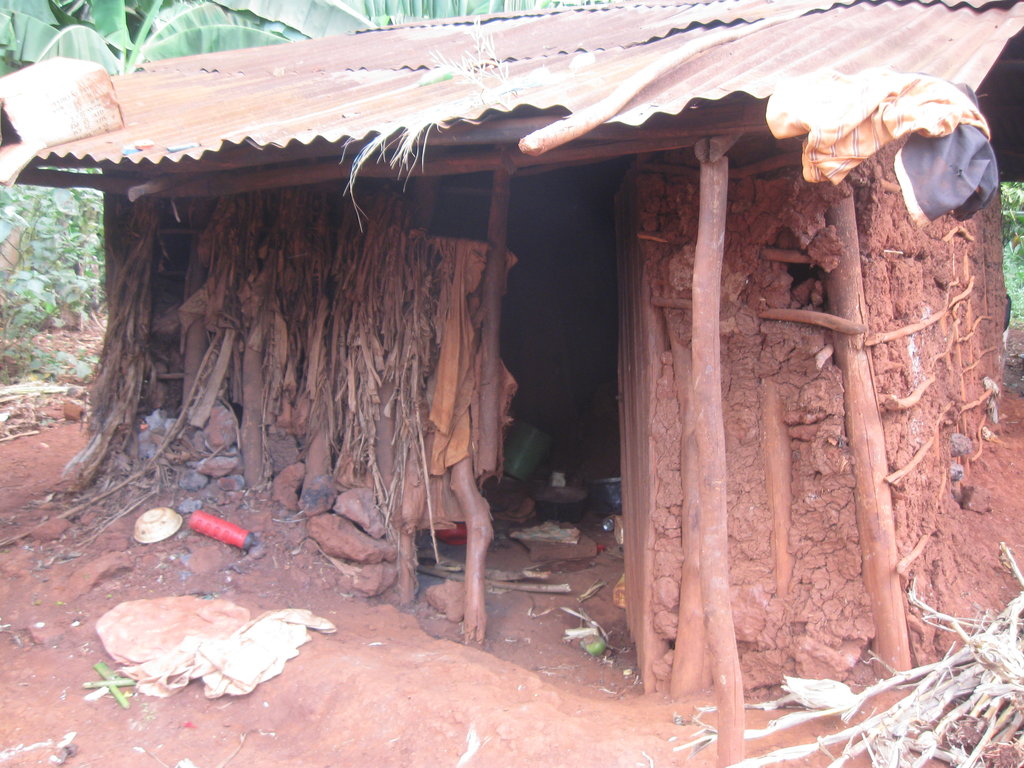 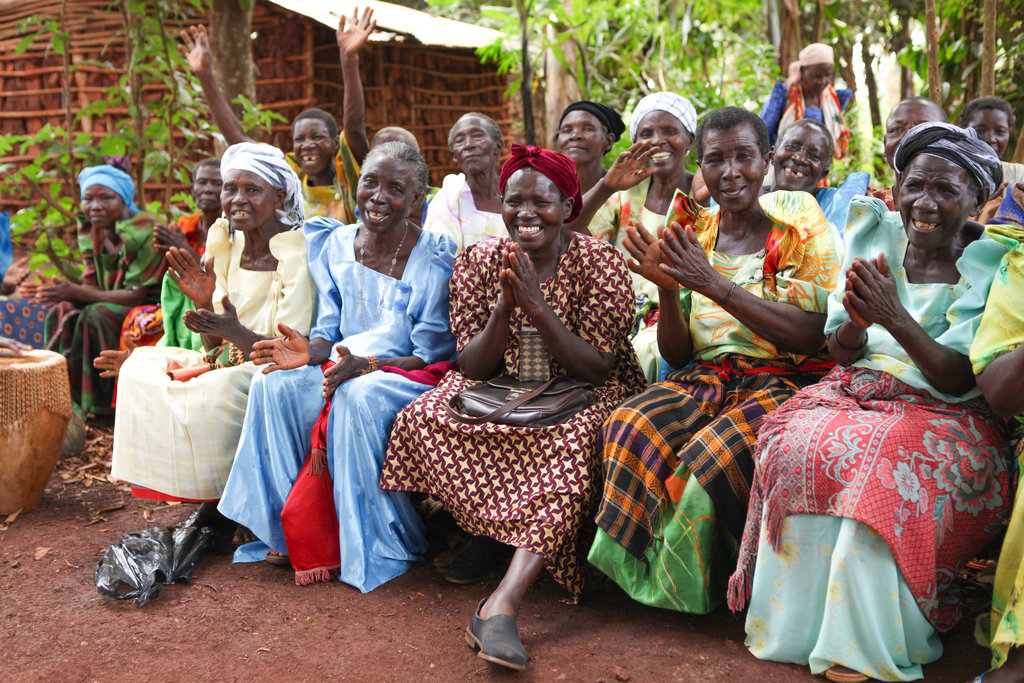 PEFO would like to appreciate every individual and organization on the Global Giving Platform that has made it possible for us to get this funding. You have not only sheltered a grandmother, but 5 HIV/AIDS orphans and most likely their other children to come. You have given this family a reason to regain their esteem in their community and a sense of being loved. This house has also stimulated community unity. The contribution made by the community members was voluntary and they gave cheerfully. We hope that they use the same spirit to keep supporting such vulnerable persons in the communities even without our presence on the ground.

Thank you so much,

1. Background Information
This report details the progress so far attained in the implementation of the project “Provide shelter for 20 Ugandan Rural Grandmothers” implemented by PEFO-Uganda with funding from our friends and partners on the Global Giving foundation platform. The objective of the project is to “improve the housing situation among grannies in rural Jinja Uganda”. The project is in its initial stages of constructing 20 houses for the older persons in Jinja district.

1.1 Name of the Organization
Phoebe Education Fund for Orphans and Vulnerable Children (PEFO)

Introduction:
Having registered as a partner with global giving in June 2014, PEFO successfully qualified for fundraising and has so raised 8,370 US$ of the required US$ 83,000 from the Global Giving Platform leaving a balance of US$ 74,630 to have the project completed.

The project was designed to respond to older person’s outcry on the pathetic housing conditions in which the majority of them reside. Lack of proper shelter exposes older persons to a number of health problems such as poor hygiene and sanitation, malaria, water borne infections and Pneumonia due to cold nights, lack of enough rest as their nights are at times interrupted with rains that flood their houses as the structures are weak and poorly roofed. The majority of the older persons, share their houses with animals such as goats and chicken in addition to using the same structures as cooking places hence making them susceptible to chronic obstructive pulmonary diseases due to smoke and poor ventilation.

Therefore the project is one of the interventions adopted by PEFO in partnership with Global giving foundation to respond to challenges faced by granny (older persons) households by building 20 houses for 20 Granny Households in the rural communities of Jinja - Uganda. So far money that can build two houses has been raised and the construction process for the second house will start as soon as PEFO receives enough money for the building of the second house.

Selection of beneficiaries;
Being the most vulnerable among the grannies with poor houses, Sanura was the first priority to receive a house. Being the first priority was based on the poor location being in the road reserve as well as the poor state of the house. Sanura was living in a very small house with her grand children. PEFO field staff worked alongside the members of the granny housing committee to select the most vulnerable 20 older persons who in addition of being weak have a bigger burden of taking care of orphans and other vulnerable children.

Construction
Construction of the house for Sanura, the first beneficiary of the project was begun in August 2014 and finalized in November 2014. Among the team that was involved in the construction included Sanura’s family, the grannies as well as the Canadian and Dutch grannies. The team was supportive and involved in fetching water, mixing of aggregates and cement, moving bricks closer to the builders, providing security and temporary storage of the construction materials such as cement, bricks and sand. They also prepared and shared their meals with the builders. The house has two bedrooms and a living room.
Sanura’s, old house was destroyed as it was illegally built in the road reserve and she never wanted to have its memories. Preparations to establish an appropriate sanitation facility (pit latrine) are underway with support from the community as they have already collected sand and bricks for building.
Therefore, Construction of the first house has been completed with painting and foundation stone installed. Sanura and her grandchildren are now occupying their new home and living a happy life. The old house was cleared as she never wanted any bad memories.

Handover of the house;
As we wait for the official handover, Sanura was allowed to occupy the house because the old house was in a very poor state and since was built in a road reserve and too small to accommodate the large family. The process for official handover of the house to the first beneficiary is still underway as we plan to invite government officials during the ceremony. This is aimed at drawing their attention towards implementing programs that support better living conditions for older persons and vulnerable Children. The official handover will be conducted in 2015.

Currently PEFO is supporting over 1366 grandmothers and 2,383 orphans under their care. The orphan is supported alongside the immediate care giver of whom 4 in every 5 orphans are under the care of their grandmothers. PEFO’s approach emphasizes mutual reinforcement between the two categories of beneficiaries. Grandmothers are supported in their right through a care for Caregivers’ programme (Livelihood and Micro credit, Health, Housing and Human Rights) but also based on the fact that their improved life puts them in a better position to ably support orphans under their care. And, orphans that have been given a chance to education are getting in position to support respective grandmothers households they live.

During the ten years of our service in grandmother-OVC communities, we have learned that poor housing is a major challenge that almost all rural grandmothers face in their struggle in caring for orphans. For some grandmothers, they’ll tell you that they would rather keep out through the rainy night than stay inside their dangerous shelters. In Feb 2013, one of the grannies lost a 4 year grandson under the collapse of house during a rainy night. This same challenge (poor housing) has in away had a deep effect on the performance of school going children. The level of absenteeism among OVC under the care of grannies seems to escalate every rainy season. Some of the reasons for this situation have been shared to include; failure to have a night sleep because they feared the house to fall on them; wet books and uniform just to mention but a few. While the other basic needs are necessities just like housing, housing has always proved too expensive for rural grandmothers.

Phoebe education fund for vulnerable children in U

Find another project in Uganda or in Women and Girls that needs your help.
Find a Project

GlobalGiving
Guarantee
Donate https://www.globalgiving.org/dy/cart/view/gg.html?cmd=addItem&projid=16867&rf=microdata&frequency=ONCE&amount=25
Please Note
WARNING: Javascript is currently disabled or is not available in your browser. GlobalGiving makes extensive use of Javascript and will not function properly with Javascript disabled. Please enable Javascript and refresh this page.