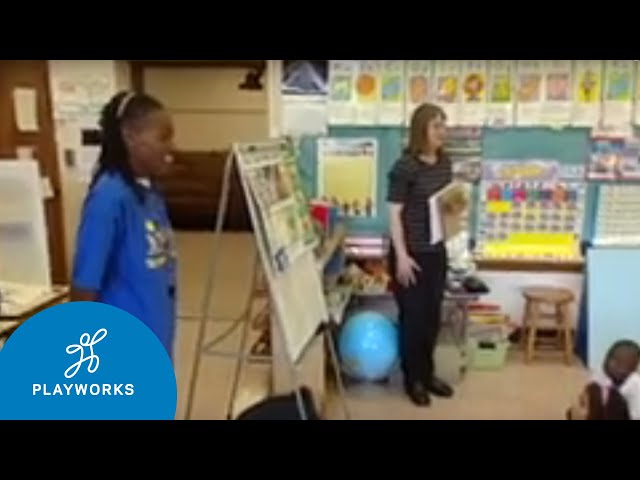 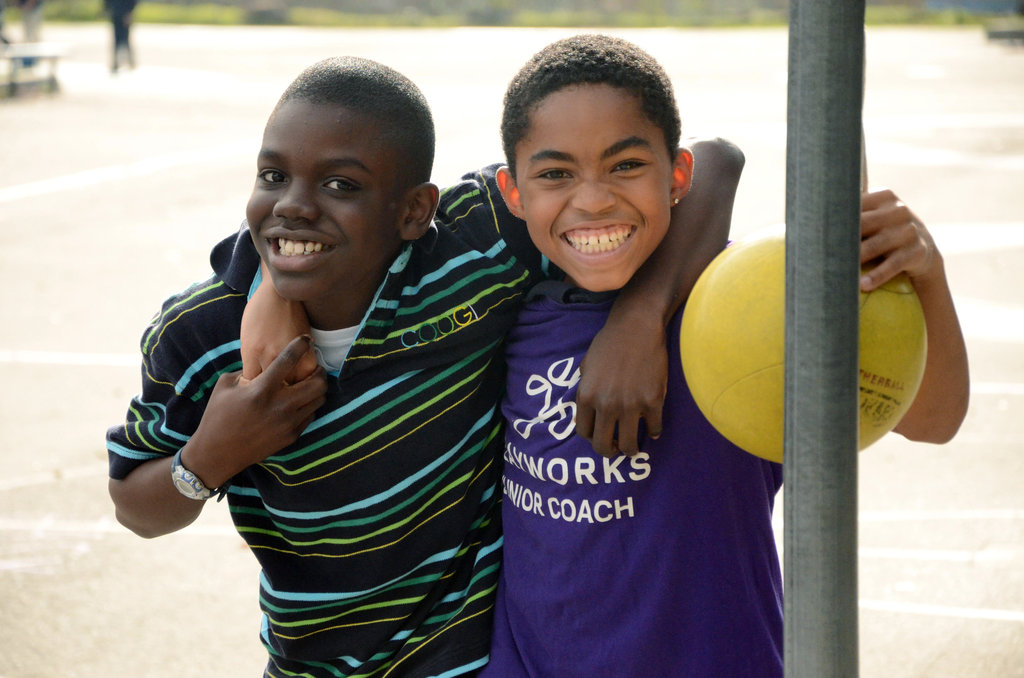 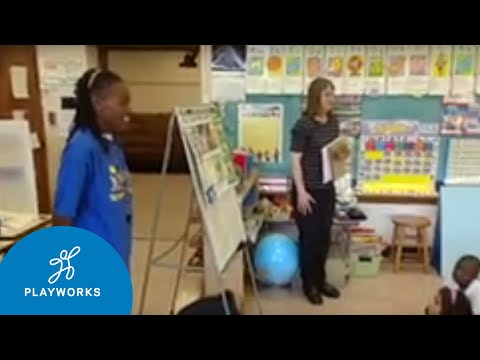 Bring Cooperation to the Playground

Thanks to the donations we received, we have great changes on our playgrounds. The other day I was out playing at recess with 2nd, 3rd, and 4th grade classes. We were playing wall ball, and we were just about to start the game,. But the ball went flying away. I saw two kids grab the ball at the same time, and one of them drew his arm back, as if to strike the other. With a rapidly beating heart, I ran over, only to see the other student draw HIS arm back for a game of ro-sham-bo. One of the students won, grabbed the ball, and they both went their peaceful ways! 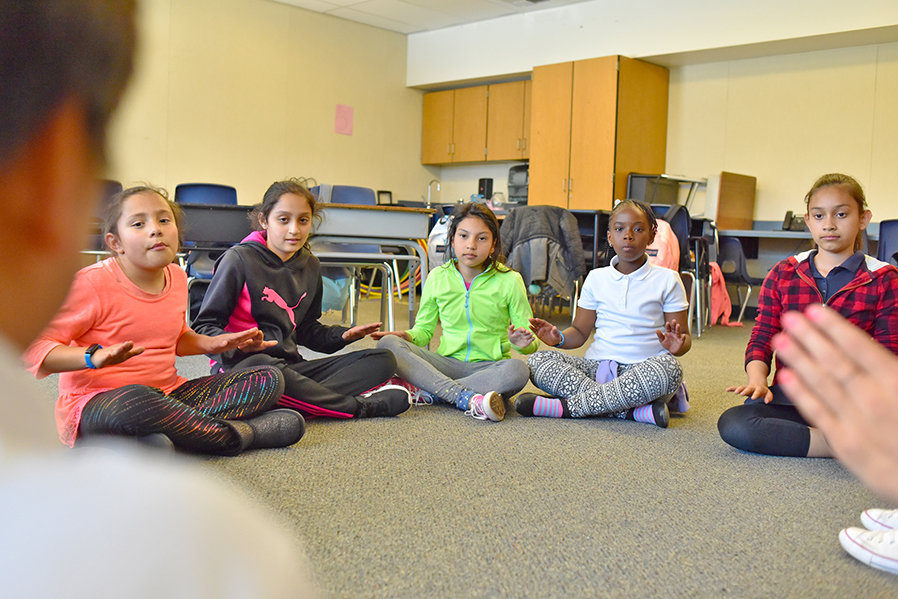 A new review conducted by RAND Corporation and commissioned by The Wallace Foundation found that Playworks stands out among social and emotional learning (SEL) programs for evidence of impact.

The RAND Corporation review found that the Playworks Coach service is one of only seven elementary school SEL interventions to meet the highest criteria for evidence of impact under the Every Student Succeeds Act (ESSA). It was one of only three elementary school SEL interventions reviewed to show “strong evidence” of impact on multiple (more than four) outcomes.

The Playworks Coach service, which includes class time, out-of-class time, and out-of-school time components, is available to elementary schools in 23 U.S. cities. In this service, Playworks staff members work onsite daily at partner schools who serve populations where 50 percent or more of students qualify for free and reduced lunch to ensure every kid can experience safe and healthy play at recess and throughout the day.

States and districts can potentially use three ESSA funding streams—Title I, Title II, and Title IV—to support SEL programming in schools. To qualify, SEL programs must address indicators identified in state ESSA plans, such as chronic absenteeism, school climate, school safety, and student engagement. They must also be evidence-based, meaning they demonstrate statistically significant evidence of impact or are working towards doing so.

RAND used the National Research Council SEL framework to identify SEL programs to review. This framework defines cognitive, intrapersonal, and interpersonal skills that contribute to success in school, in the workplace, and beyond. RAND reviewed 24,000 research citations and found 150 studies on interventions that impacted these skills.

The RAND review is the first to comprehensively examine how published evidence from U.S.-based K-12 SEL programs fit within the ESSA evidence requirements, and which SEL interventions may qualify for funding based on ESSA’s evidence criteria.

Story from the Playground: Coach Michael 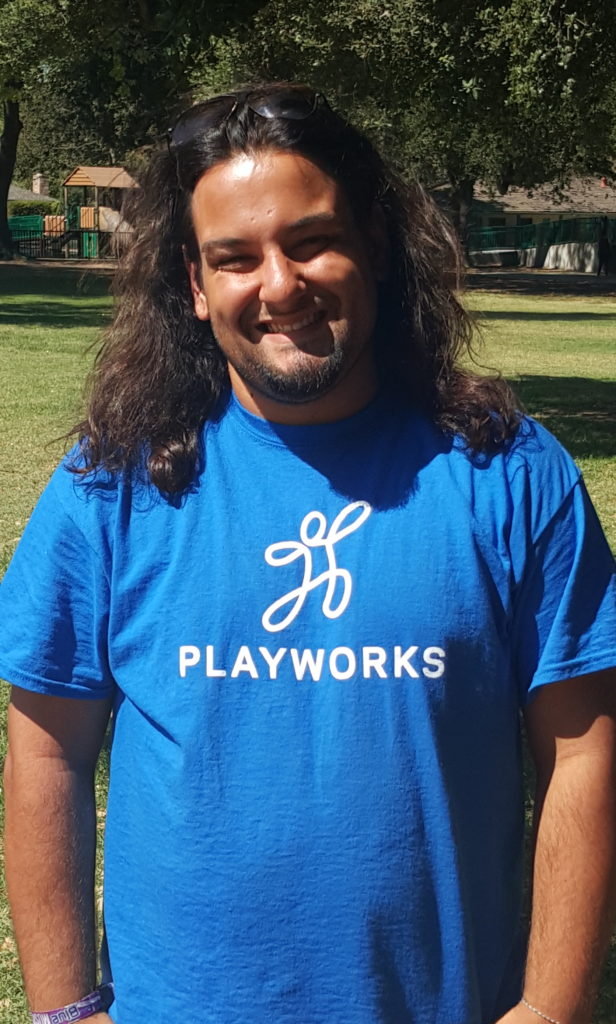 Playworks provides various after-school leagues to give students additional opportunities for safe and inclusive play, focusing on just one sport. These leagues teach skills for each specific sport, while also teaching important team-building and developmental skills. The following story demonstrates how these leagues are truly important for helping students new to the game gain confidence in trying new things.

One of the coolest things about Playworks Leagues is seeing the growth from the first game to the last. Girls’ Basketball especially was a great time this year. One particular girl who I will call Samantha was very shy and felt intimidated for the first two games. It was hard to even get a smile out of her. It seemed she lacked confidence in herself, making it difficult for her to move around, call for the ball, or take shots to the hoop.

It wasn’t until the third practice/game when she really started to shine. Something ignited in her and she became much more comfortable being a part of the team. From that point on, she was moving up and down the court, making herself open for passes, and even shooting the ball when she got the chance. I could see she was trying her best, getting rid of any uncertainties, worries, or nervousness. It felt like I had a completely new player on the team! It was awesome to witness such success in someone who started out feeling so unsure of herself.

For the rest of the season, she ended up being one of the best players on the team. She was making plays and was always there for her teammates. The turn around from week one to the final week was huge, and I was happy to be a part of it. This is why Playworks Leagues are so important: she is now more outgoing, all around happier, and I am sure she will continue to shine as the years go by. 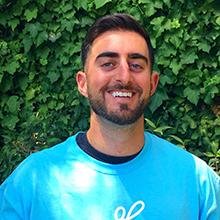 Playworks’ Junior Coach program allows students to help our coaches facilitate recess and more importantly has the power to teach these students valuable, wide-ranging skills along the way. The following story exemplifies how the Junior Coach program can give all types of students an increased drive for leadership and creative thinking, while simultaneously promoting an inclusive recess environment.

When reflecting on the power of the Junior Coach program I often think of a student who I will call Michael. I was introduced to Michael on the first day by one of his teachers. This teacher described him as very shy and someone with a tough life at home, but an incredibly caring boy with a potential to lead. When he was chosen to be a Junior Coach I can remember how elated he was, even giving me a hug. By the end of the day, he had created a secret handshake he wanted to introduce at our Junior Coach meetings, ideas on how to map out the playground full of fun games, and even a plan to help stop bullying at recess. He was still very shy when talking in front of his fellow fourth and fifth graders, but his feeling of empowerment to be a Junior Coach was inspiring to witness. At the end of our first Junior Coach meeting, he stuck around to help me clean and thanked me because he always wanted to be a role model for others, and I was a role model for him. As the year progressed we developed a strong bond where he confided in me that he didn’t have a dad, but he saw me as his “school dad”.

Michael began to take notes at meetings and create school signs advertising recess games. During recess, he began to blossom especially with the younger students. At Kindergarten recess he was so popular that they would specifically request him to help play tag games and solve problems. His sister was also a Kindergarten student, always beginning recess by giving her a hug and asking how her day was going. Her friends saw this kindness and looked to Michael as a brother too. During our Junior Coach meetings, his public speaking and leading skills also grew immensely. When asked what he liked most about being a Junior Coach, his answer was, “helping kids when they’re feeling down, and bringing them into games when they’re lonely”. By February, Michael was one of our top junior coaches who empowered others through hugs, compliments, and encouragement. On his 5th grade graduation I realized that at the start of the year he was searching for role models, but by the end, he had become his own role model and a hero of mine. 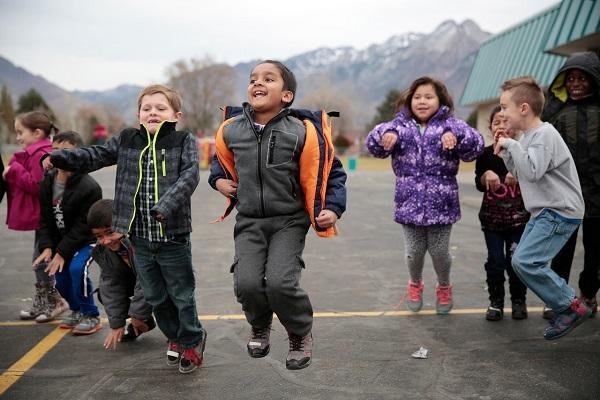 When elementary schools create a safe and healthy recess for students, there can be a major impact on individual kids and school climate overall. In schools with safe and healthy recess students are more active, more cooperative, and more likely to use strong conflict resolution tools. Schools also see more drops in bullying and disciplinary referrals, and reductions in the number of conflicts that start in recess, spill back into class and take up valuable class time to resolve.

Those are the findings from a new research brief about school recess and Playworks released last week by the Robert Wood Johnson Foundation.

Playworks brings a safe and healthy play to recess and the entire school day. This new brief examines how some elementary schools have implemented the Playworks TeamUp service.

In addition to sharing the findings, the authors provide recommendations for school leaders to consider when ensuring that recess is an integrated part of the school day. These recommendations include treating recess plans like lesson plans, implementing policies that protect recess for all students, and recognizing the role of recess in building positive school climate.