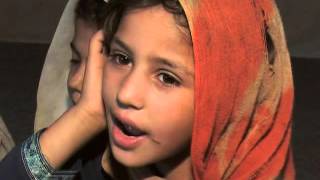 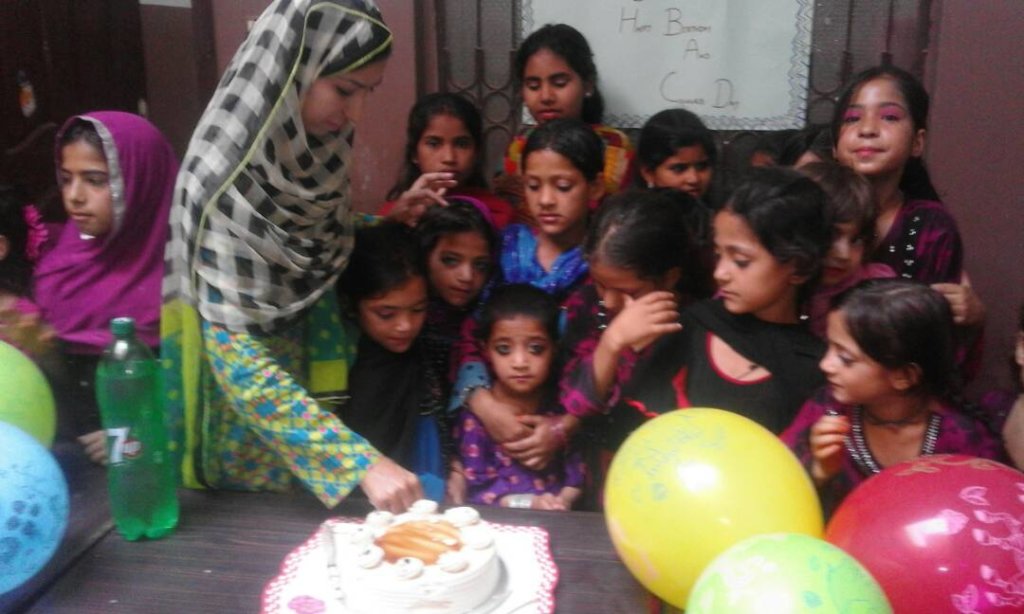 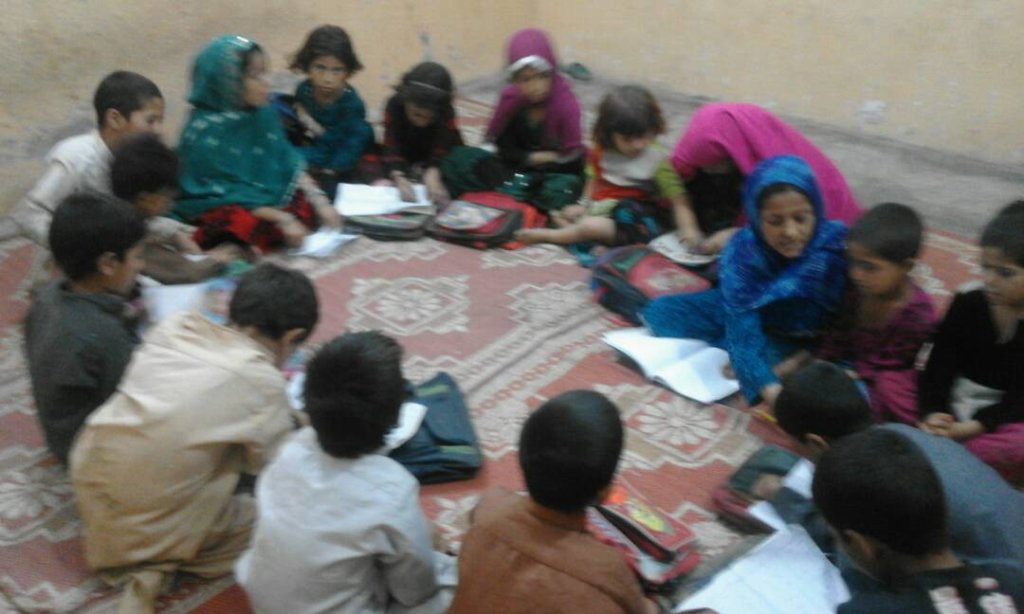 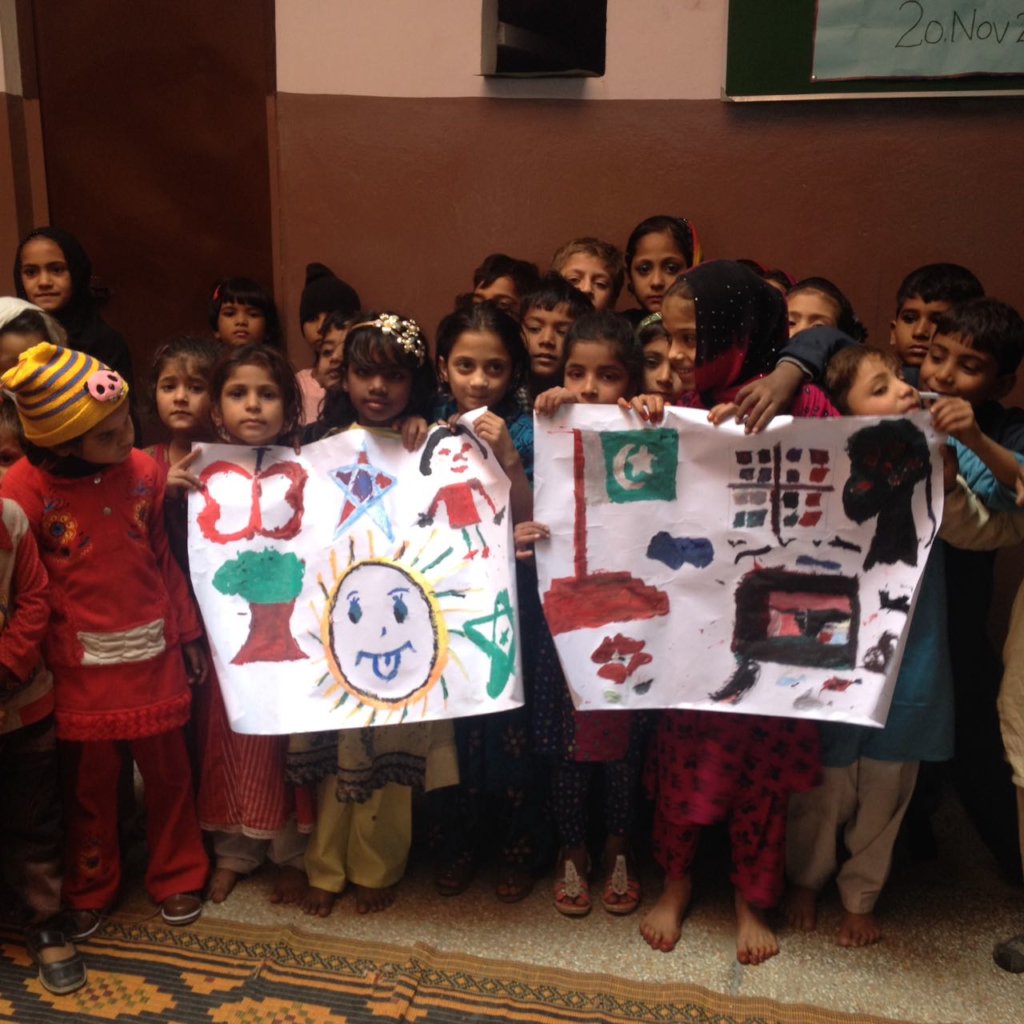 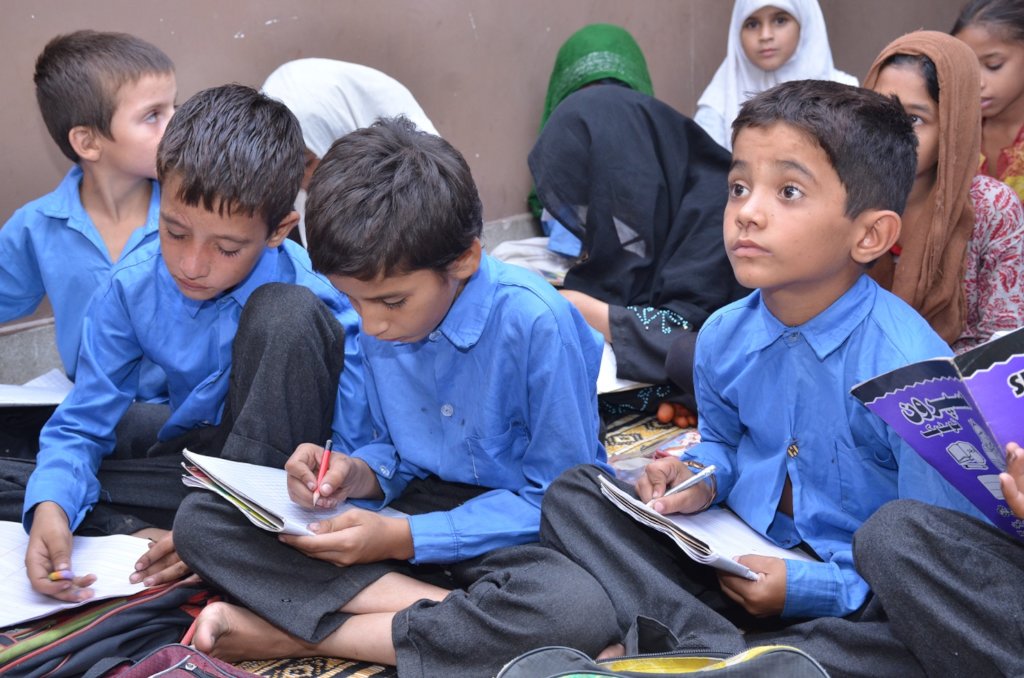 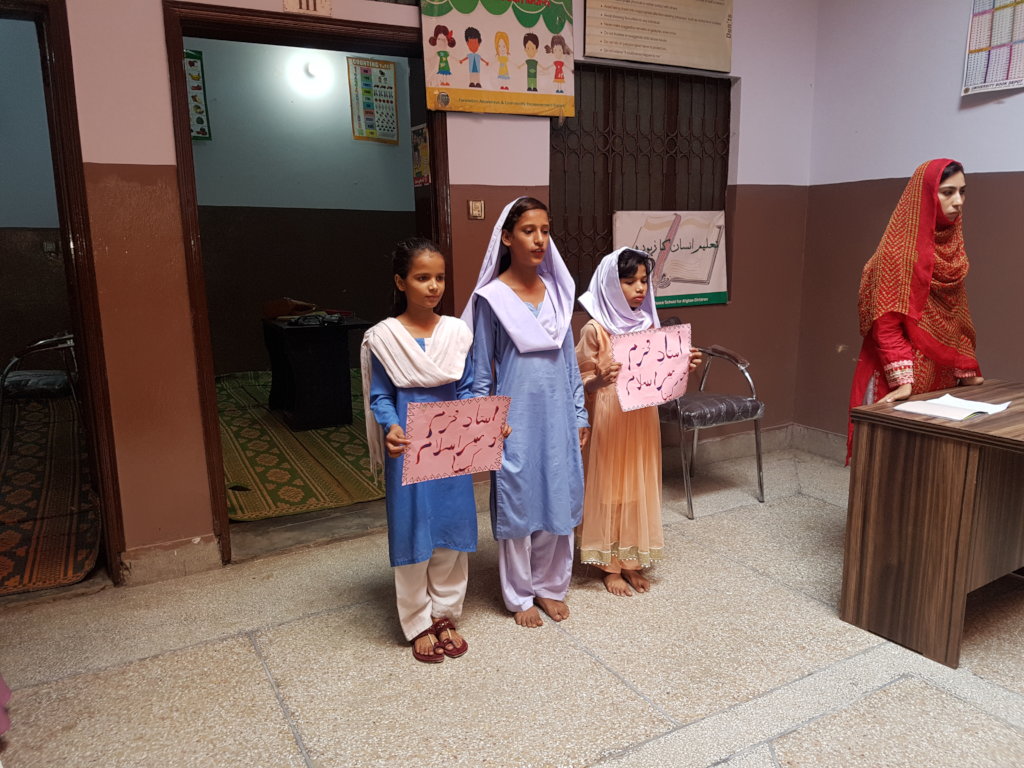 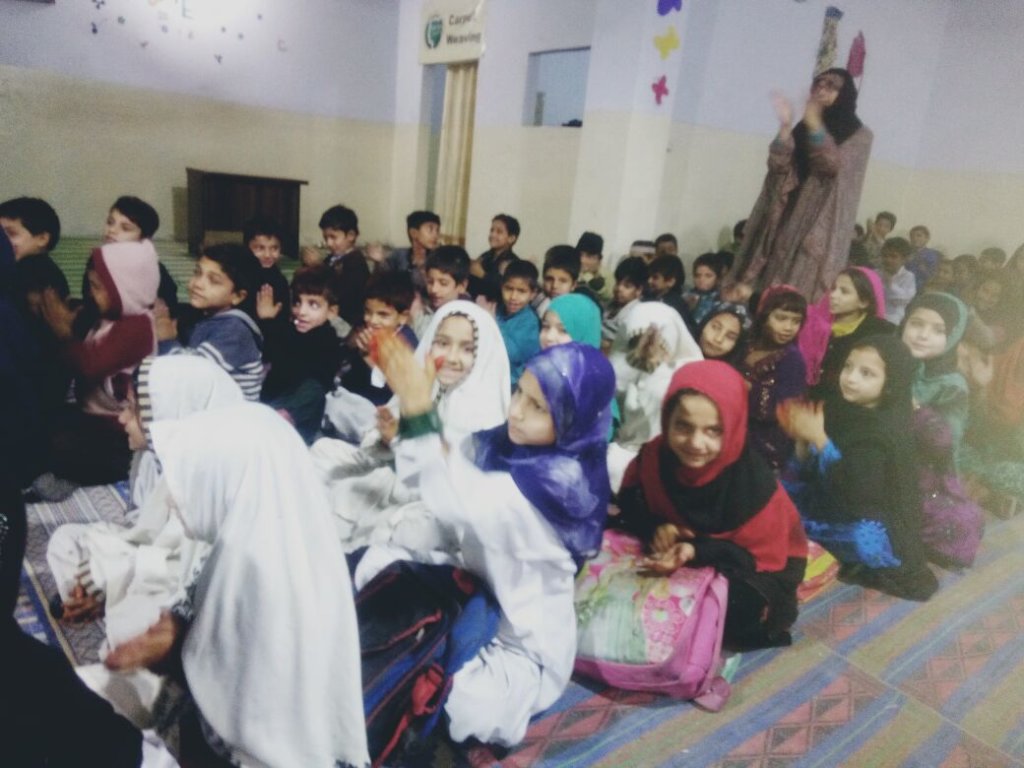 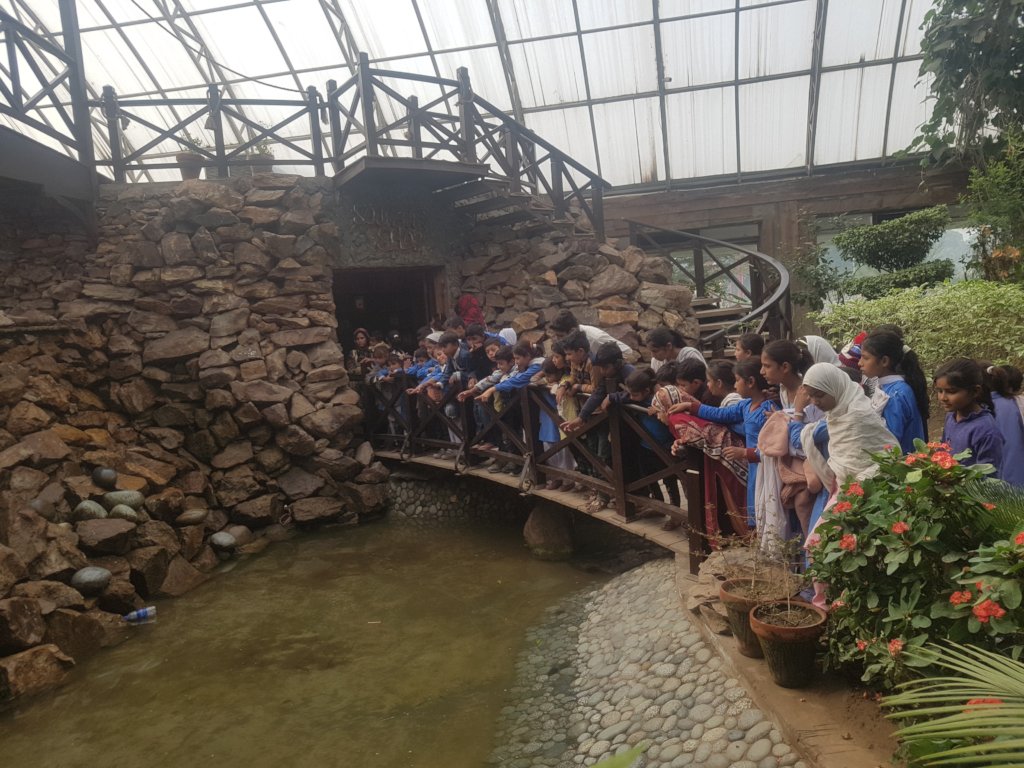 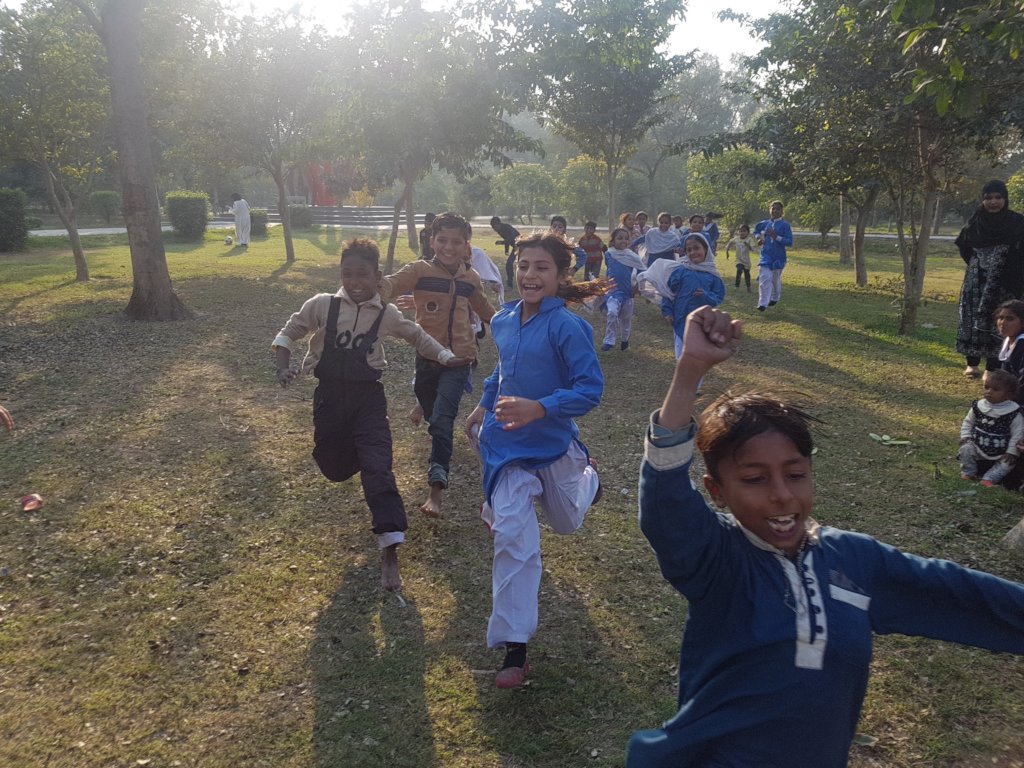 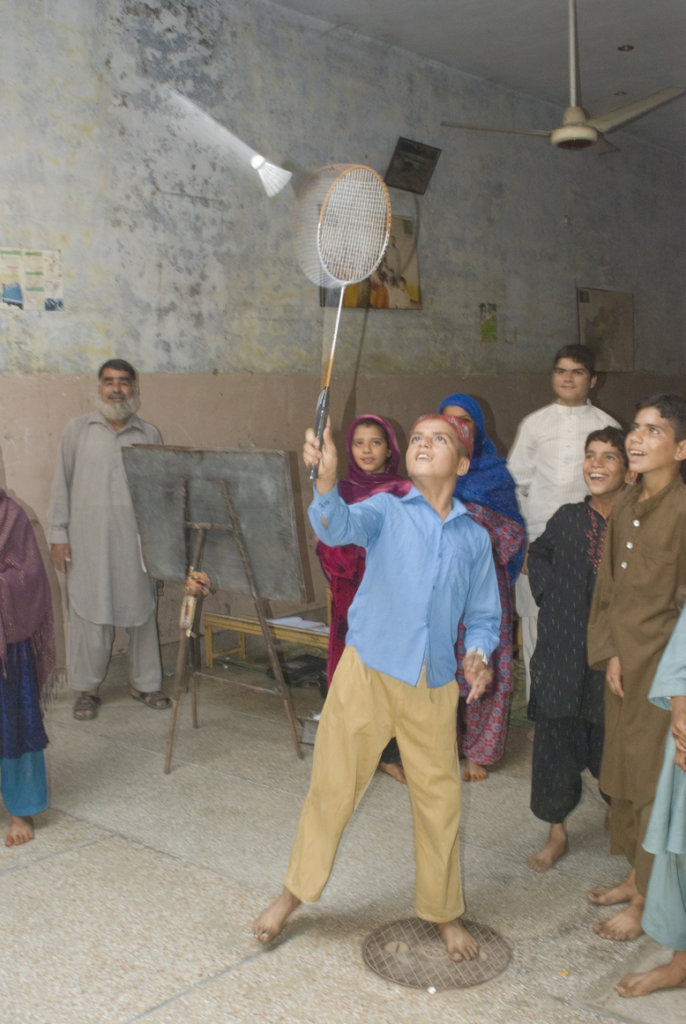 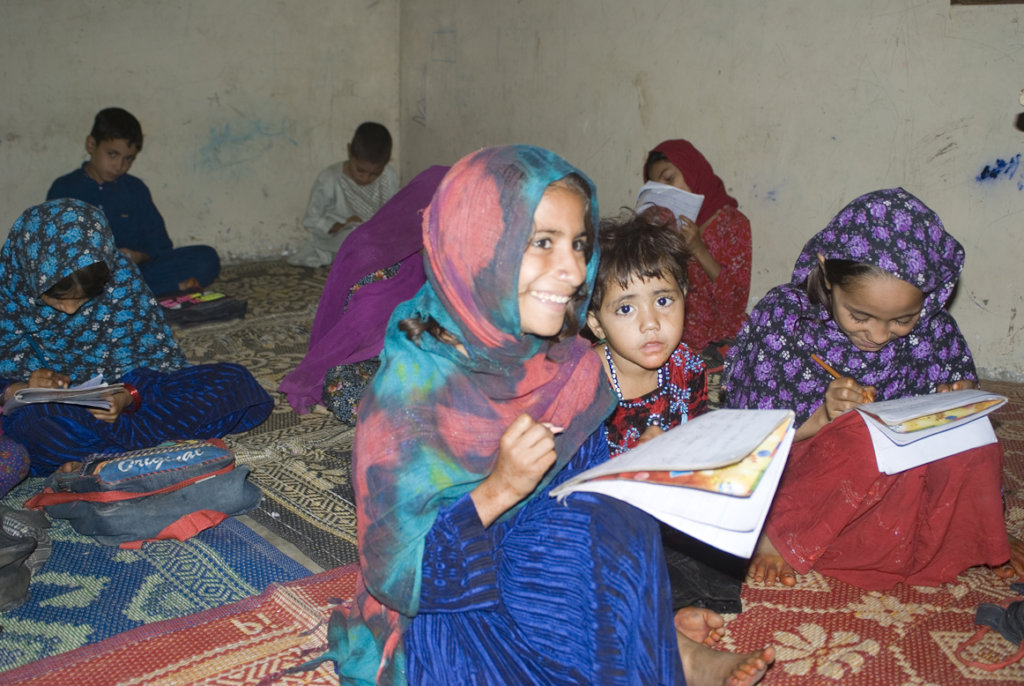 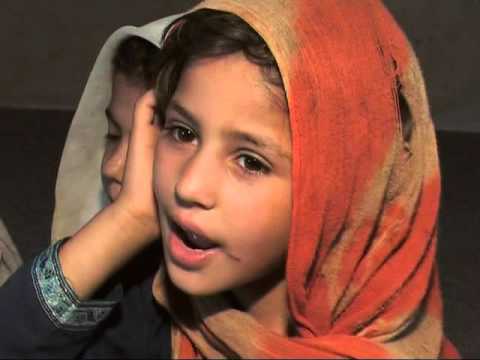 Nida student of 5th class is the eldest among the 3 sisters and 3 brothers living in a small rented place of Akram Park.  Her mother is working hard as a domestic house keeper and earns for the future of her children. The mother is committed to educate all her children so that they can earn a respected life and change the poverty cycle. Nida starts her day in helping her mother in household chores and then she joins the school. She is so keen and focused in her studies. Her father is working on daily wages in a nearby factory and both parents earns a little money after a hectic labour. Many times, they use to sleep hungry as the father earns nothing, the major chunk of her mother's income spend on the rent of their home and the utility bills. Nida used to help her mother in her job in weekends, and often look after her siblings in absence of her mother on weekends.  Nida has also participated in the speech competition held during Independence Day celebrations and she also won the prize. Her wish is to become a teacher in future so that she could educate many deserving children.

During the two and half month Summer vacations Nida tried to help her parents to earn some extra money. She also spent a good time in the summer school activities at Peace School where she was able to learn some good things which could help her at home.

During the summer school the students were engaged in the studies to cover their syllabus as well as to engage them in the extracurricular activities. The teachers took the art classes and arrange the sessions for the students. It was important during the sessions to keeping in view the surrounding factory area and increased incidents of the child abuse, teachers arrange orientations and sensitization sessions for the students. they also briefed them about the child protection methodologies. Nida and her friends enjoyed the summer school activities.

During the summer school there was also a story telling session at the Peace Schools, the main objective of the activity was to give exposure to the students about the different stories. Nida and all her friends at school enjoyed the participatory session and enjoyed that experience for the first time in life.  Their interest of reading books was seen by all the teachers and this session was very much appreciated by the parents. All the students were awarded with the different story books and game kits.

While the school reopened in the month of August Nida and her friends re-joined school her teacher told them that through FACES Pakistan now, we small library at school.  Nida and her friends were very happy to learn about this and told the teacher about their experience of summer school and summer holidays.

The FACES Pakistan’s Peace Schools have actively been engaged in planning and execution of programmes to add local colours to the events. Meanwhile, the Peace School buildings were also illuminated to celebrate the Independence Day. Special prayers were offered in mosques at dawn for peace, solidarity, and prosperity of the country.

As the school has reopened in the month of August and the new year term begins the 1075 students of the PEACE schools urgently need new books. FACES Pakistan PEACE School requests the donors to help our initiative so that the quality education and learning continues.  The children also need the new uniforms, bags, shoes and story books. Our current fundraising campaign is focusing on providing these basic needs of these students.

Donating through GlobalGiving is safe, secure, and easy with many payment options to choose from. View other ways to donate
Formation Awareness and Community Empowerment Society (FACES) Pakistan has earned this recognition on GlobalGiving:

GlobalGiving
Guarantee
Donate https://www.globalgiving.org/dy/cart/view/gg.html?cmd=addItem&projid=23261&rf=microdata&frequency=ONCE&amount=25
Please Note
WARNING: Javascript is currently disabled or is not available in your browser. GlobalGiving makes extensive use of Javascript and will not function properly with Javascript disabled. Please enable Javascript and refresh this page.