Providing Microloans for the Poor in Tanzania 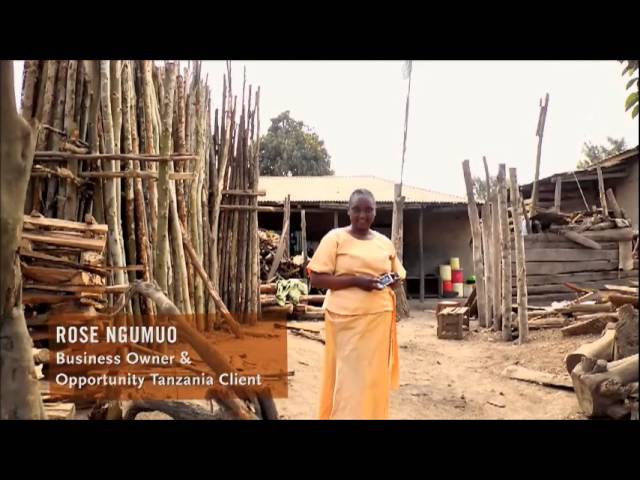 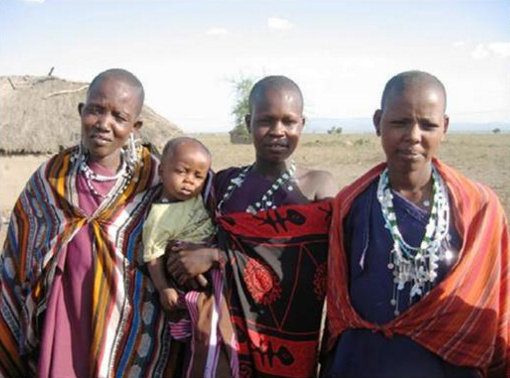 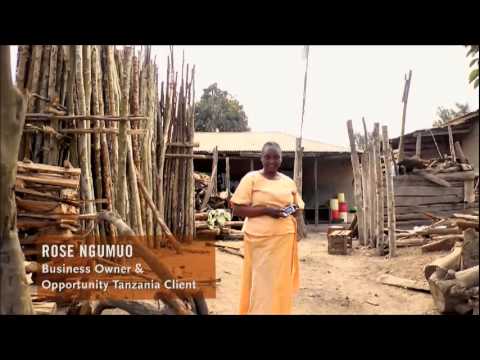 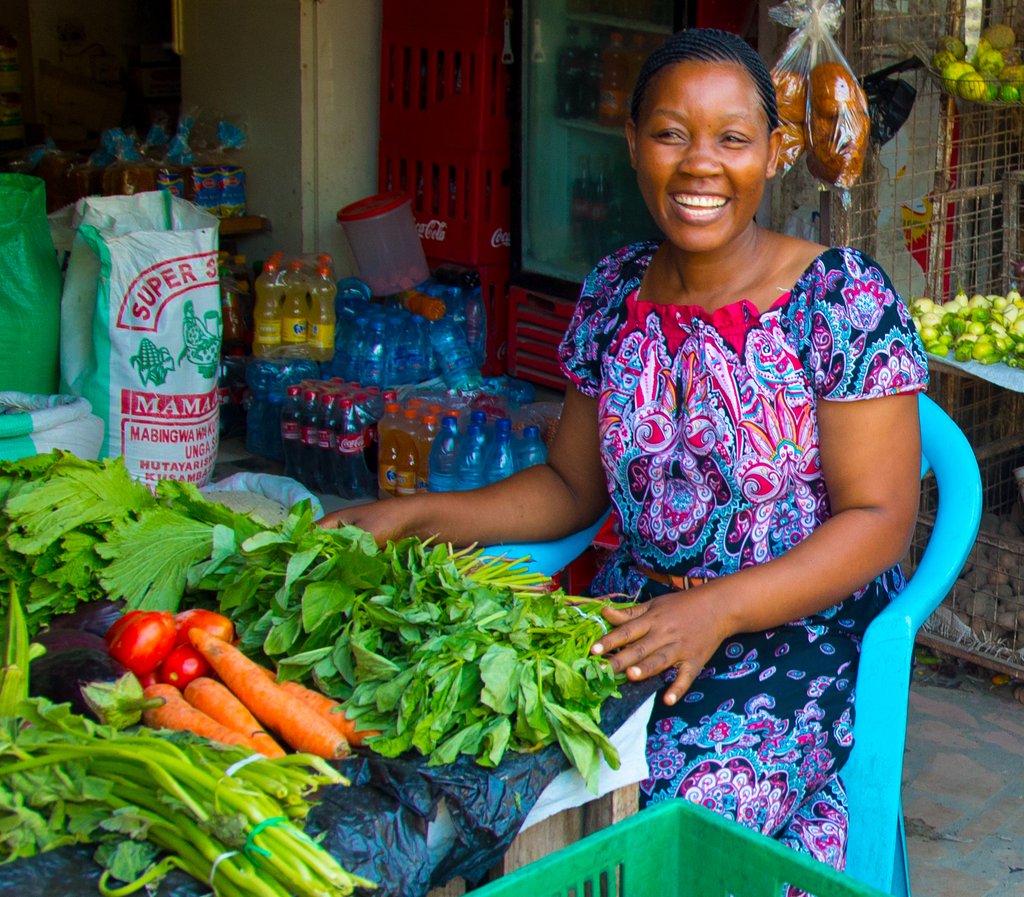 Opportunity International continues to have a high impact in Tanzania’s rural communities. Opportunity Tanzania provided agriculture loans for inputs and labor to 120 irrigated rice farmers, all of whom received their loans entirely through mobile money banking. Tanzania bank branches have tripled the number of rice and sunflower farmers accessing branchless banking services in the past six months to 1,093. These smallholder farmers have their seeds insured through a local group, MGEN Tanzania, one of Tanzania’s first forays into insuring farmers against crop loss. Services such as crop insurance provide farmers with a safety net should their crops fail, and it gives them peace of mind for their families’ futures during the “hungry season.” Opportunity Tanzania has also equipped agriculture loan officers with motorbikes so they can visit farmers efficiently, and tablets to geo-tag crops and gather financial information.

As Opportunity Tanzania continues to serve underbanked farmers in the most remote areas, they have also begun to focus on farmer families. In Q3 2014, Opportunity Tanzania launched the Education Finance initiative, investing in educational opportunities for children in marginalized communities. Opportunity International is now positively impacting 1.2 million children in 10 countries through this program. As we look back on the achievements of Opportunity Tanzania in 2014, we look forward to empowering more farmers and families in the future.

Opportunity International’s impact in Tanzania is growing. Financial Literacy training is now offered in Swahili to impact a wider audience. The training teaches clients valuable skills including how to evaluate financial products, manage credit and save for the future. Informed clients continue to benefit from both individual and Trust Group loans, and Opportunity has recently expanded loan services with the launch of the Education Finance initiative in Tanzania. Families now have access to School Fee loans to ensure that children can stay in school despite financial instability. Additionally, Opportunity has designed School Improvement loans to support school proprietors in their endeavors to gain access to better educational resources and facilities. In order to provide access to these valuable services, Opportunity has hired and trained staff and designed a marketing strategy for these products in Tanzania.

Short-cycled and branch-based loans that empower entrepreneurs and families are not sufficient for rural, smallholder farmers who require longer loan cycles and virtual access to banking services. To cater to farmers’ financial needs, Opportunity recently launched a branchless, Agricultural Finance pilot that targets smallholder farmers in the Southern Agricultural Growth Region of Tanzania. This program exists to provide agriculturally tailored loans and savings services to farmers via mobile banking. To date, nearly $138,000 has been disbursed in 363 loans to farmers, and Opportunity continues to experiment with products, technology and partnerships to learn how to improve financial services for the small-scale agricultural sector.

Rich in natural resources, southern Tanzania is the country’s most fertile region and is ripe for agricultural development. Opportunity Tanzania is making financial services accessible to its clients so they can take advantage of the high-potential land at their fingertips.

Although its low population density makes brick-and-mortar banking cost-prohibitive, the high incidence of cell phone usage among the rural population indicates that mobile banking would be a very viable solution. 190 loans have already been disbursed in southern Tanzania, through six cost-effective delivery channels that take the place of physical buildings.

Financial training is growing as well, with a 9% growth in outreach from 2012. Over 9000 clients are benefiting from resources such as new financial literacy training modules that are developed in the local language, Swahili, and distributed to Trust Groups. Opportunity Tanzania officers are also testing a pilot Individual loan product for clients who graduate from Trust Group loans. Opportunity’s outreach to smallholder Tanzanian farmers was just launched in 2014 and has already accomplished so much — and it’s only getting started.

Our loan officers are at the heart of our work. Many of them become mentors, acting as catalysts for a lifetime of stability for clients and their families. In spite of their immense potential, the most talented professionals in the developing world lack access to the tools they need to grow professionally. By providing exceptional training, Opportunity International is equipping local, talented staff to become leaders in building the economies of their own communities.

It is because of our local loan officers that clients like Wilbert believe in Opportunity International and return for mutliple loan cycles as they grow the capaicty of their business.

Wilbert is an Opportunity client who owns a shop at Mtongani area of Tegeta in Dar es Salaam in which he sells different types of drinks like soda, water, and energy drinks. He is able to earn gross sales of 200,000 TZ shillings per day.

He has been an Opportunity client in the past and this will be his second loan cycle. He plans on using this loan to purchase additional stock for his business. Having more stock in his business means larger sales each month so he can continue to pay for his children tuition at the nearby secondary school and for his oldest which is now at Dar Es Salaam University.

Despite growth resulting from gold production and tourism, Tanzania remains one of the most impoverished countries in the world. Approximately 36 percent of Tanzanians live below the poverty line. Yet the country’s economic potential is unmistakable.

One out of every three Tanzanians is self-employed, indicating a high level of microenterprise activity. Only 20 percent of the population, however, has access to a formal bank within an hour’s walking distance of their home. Recognizing this great need, Opportunity Tanzania, headquartered in Dar es Salaam, was established in 2007 and serves clients through hub branches in Dar es Salaam, Arusha and Moshi, and two satellite branches, in Tengeru and Himo.

Opportunity Internationals programs in Tanzania are fundraising to build a regulated bank that will offer savings products and give clients a safe place to save their money, no matter how small the amount.

In addition to individual and Trust Group loans, Opportunity has started offering Solidarity Group loans in Tanzania. These loans are tailored for a growth-oriented enterprise with group sizes of five to 10 entrepreneurs who run medium-sized businesses. Unlike the Trust Group lending model, Solidarity Groups receive larger loans, and clients make monthly loan payments versus weekly.

Only 4 percent of people in rural areas have a bank account and, while 70 percent of Tanzanians earn some income from growing and selling crops, only 1 percent has ever used a loan to buy seeds, tools or fertilizer. The new Agricultural Finance program will empower some of Tanzania’s most marginalized rural communities and will launch in the South Corridor, a region that accounts for the majority of the country’s agricultural activity and has high potential for increased food production.

Opportunity International’s work and expansion in Tanzania offers hope to people who have never before had access to formal financial services.

Find another project in Tanzania, United Republic of or in Economic Growth that needs your help.
Find a Project

GlobalGiving
Guarantee
Donate https://www.globalgiving.org/dy/cart/view/gg.html?cmd=addItem&projid=4493&rf=microdata&frequency=ONCE&amount=25
Please Note
WARNING: Javascript is currently disabled or is not available in your browser. GlobalGiving makes extensive use of Javascript and will not function properly with Javascript disabled. Please enable Javascript and refresh this page.