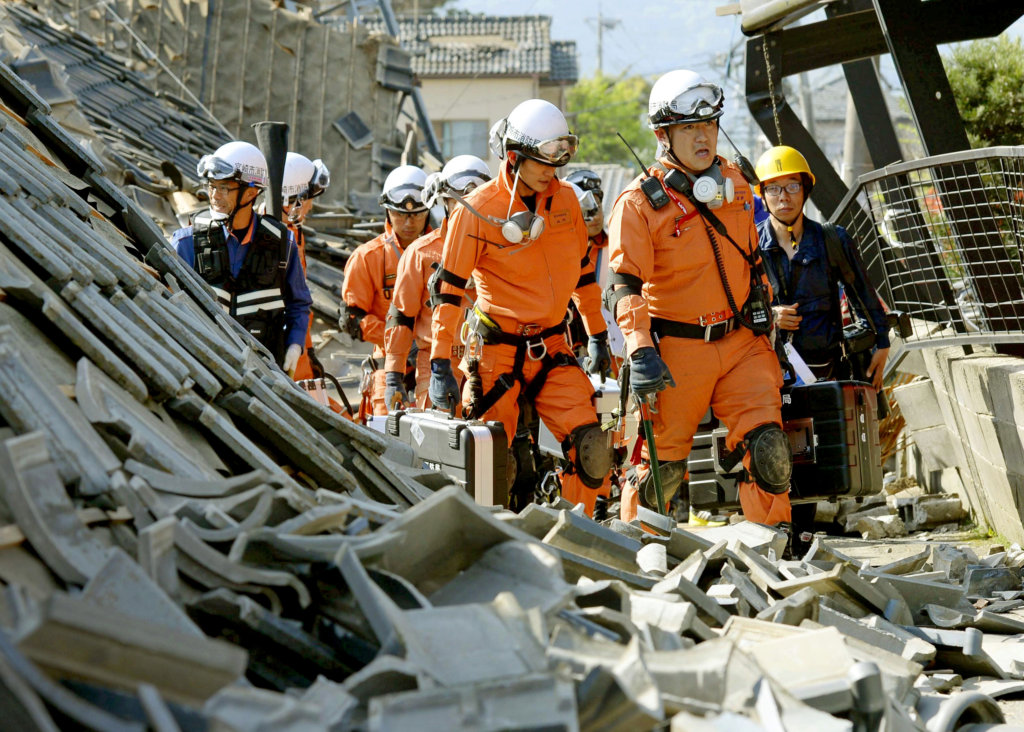 Your lasting impact in Kumamoto 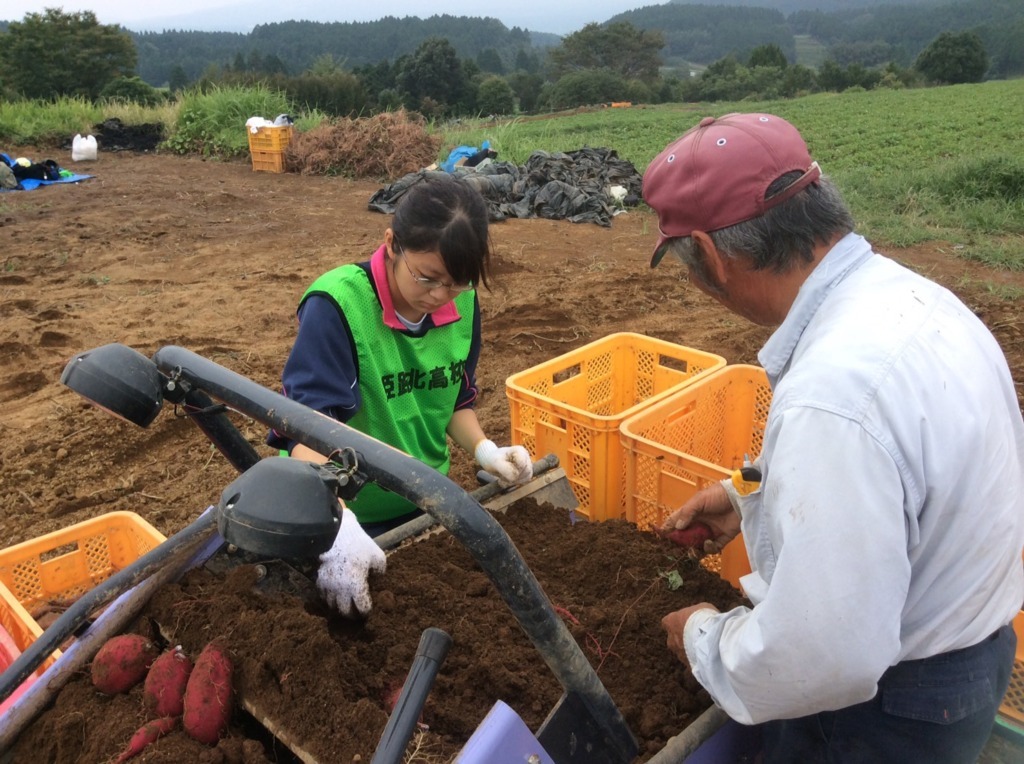 Since April 2016, thanks to almost 3,000 donations from supporters like you, our community of GlobalGivers has raised $849,357 to support the work of 10 vetted, locally driven nonprofits assisting survivors from the deadly earthquakes that struck the Kumamoto region.

We have now closed the Kumamoto Japan Earthquake Relief Fund, and this will be the final update you’ll receive about the impact of your donations. If you’d like to continue to follow the progress of our partners who continue to support recovery efforts in the region, you can check out our partners’ latest updates on our website.

In this final update, we’d like to highlight the work of four of our partners who’ve been focused on assisting communities that have been struggling with the earthquake’s long-term impacts on local economies, mental health, and education.

Mashiki-cho, a town located on the outskirts of Kumamoto city and near the earthquake’s epicenter, has been slow to recover. The town’s population has been in decline over the past year as residents have relocated to the city in search of jobs that haven’t returned in their hometown. Ippan Shadan Hojin DSIA, which launched a kitchen car project immediately after the earthquake to feed people living in temporary housing, has shifted their focus and is now partnering with Revival Mashiki, a newly formed organization led by young local entrepreneurs, to find ways to reinvigorate the town’s economy and stem the population decline. Together they have reopened Mashiki Wai Wai Square, an open market where residents can buy and sell local goods and have begun planning to revive Yasunaga Shrine’s annual festival to help foster a renewed sense of community.

More than 20 months after the earthquake, more than 1,500 families in the region are still living in temporary housing, and their uncertainty over when and if they’ll be able to return to their homes has led to increased stress, anxiety, and isolation, especially among the elderly. To address the needs of these families, Peace Winds America has been operating 18 community centers with the goal of relieving stress and encouraging community engagement. At the centers, residents are able to take art and cooking classes, attend mental health workshops, and celebrate seasonal festivals with their neighbors.

OISCA International’s work with family farms in the village of Nishira in Fukuoka Prefecture in northern Kyushu continued through 2016’s harvest season when they mobilized 263 volunteers to assist 71 families. The volunteers helped with routine maintenance and harvesting on farms growing sweet potatoes, peanuts, chestnuts, yuzu, and taro. Several farmers reported that they had considered closing down their farms after the earthquake, but thanks to the help from OISCA’s volunteers they were encouraged to continue their work.

Children who lost their homes in the Kumamoto earthquake were able to take part in a weeklong outdoor education program thanks to Sweet Treat 311. They visited forests, farmlands, and the coast to learn about sustainability and local culture and history. The program was held at Sweet Treat 311’s sustainable learning center in Miyagi Prefecture, near the site of the 2011 Tohoku earthquake and tsunami, and the children from Kumamoto were able to share experiences with local survivors from that disaster.

Thank you again for your generous support of the Kumamoto Japan Earthquake Relief Fund. By investing in the work of community-led nonprofits, you’ve funded the long-term recovery work that, while often out of the public eye, is vital for communities to thrive again after a disaster. 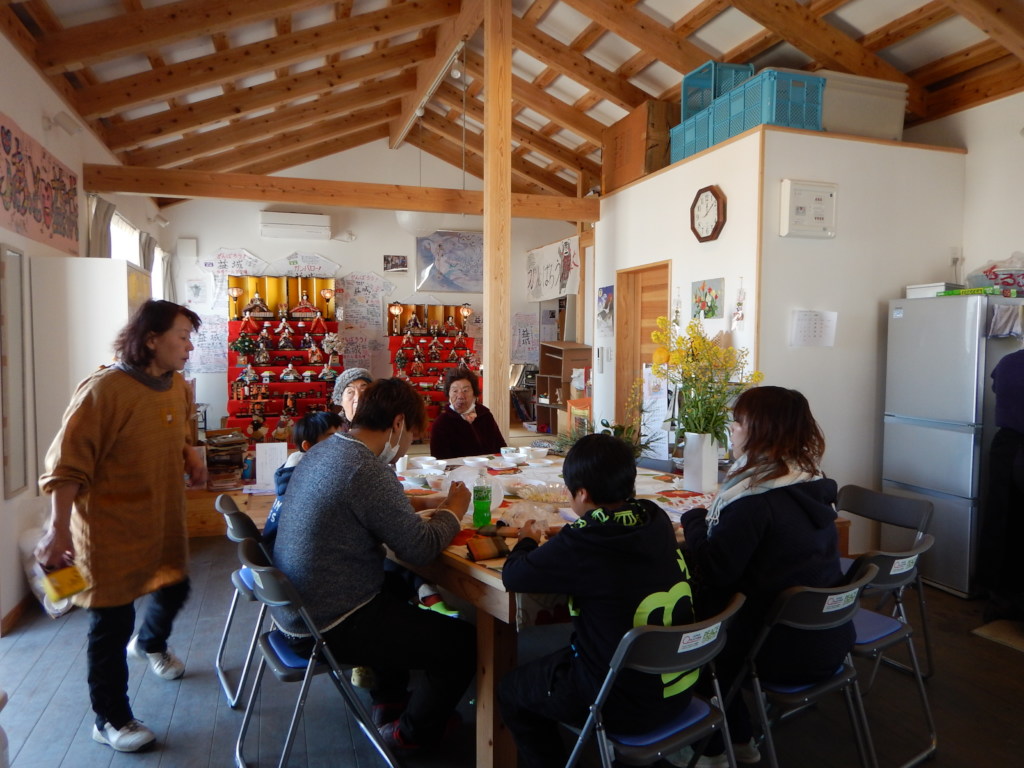 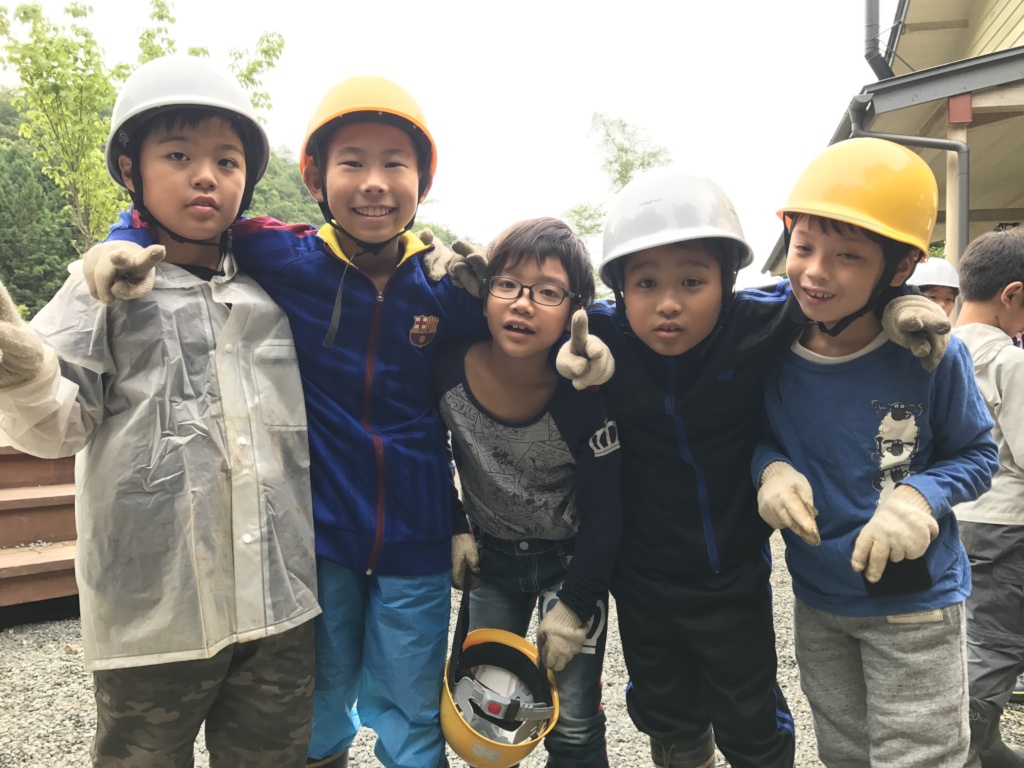 Update on how you helped in Kumamoto 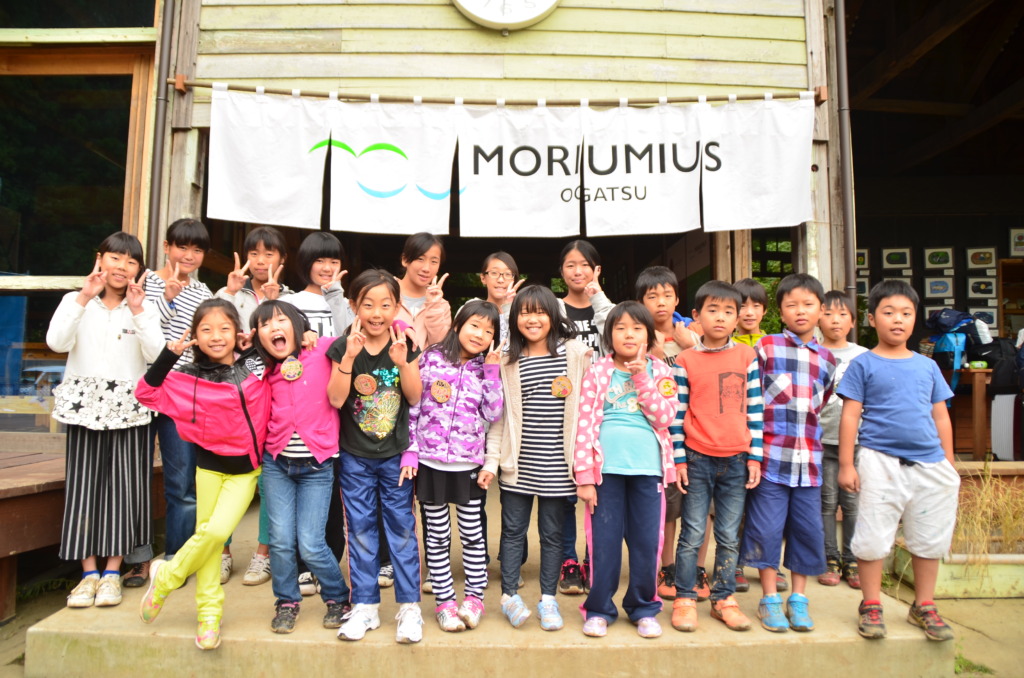 In April of 2016, two major earthquakes shook the Kumamoto Prefecture in southern Japan, causing unfathomable devastation and loss. More than 50 people lost their lives, 3,000 were injured, and 44,000 lost their homes. Since April 16, 2016, your generous donations have helped our local partners drive both immediate and long-term recovery in Kumamoto. Here are four ways your continued generosity is helping Kumamoto recover:

Hands On Tokyo provides junior high school baseball players an athletic outlet with baseball, along with a leadership and disaster preparedness training program. With your generosity they were able to bring 29 young baseball players from the Kumamoto region to Tokyo to participate in the initiative.

sweet treat 311 recently hosted a summer program for children from the Kumamoto region that gave them the opportunity to explore nature and learn about sustainability. Your donations have helped sweet treat 311 provide much-needed support programs for children who have experienced disaster.

Peace Winds America is providing stable, supportive living environments to focus on the long-term recovery for families and communities in Kumamoto. With your donations, they have partnered with a local dog rescue organization to help support pets and their owners who have been displaced by the earthquake.

We are incredibly encouraged by the work our vetted partners have done for the children, elders, and pets in Kumamoto.  We are so proud of these relief efforts, but there is still work to be done! We are still matching donations to projects supporting recovery after the Kumamoto earthquake 100% until the funds run out.

We want to give our sincerest thanks for your generosity. Your donations are not only helping to rebuild damaged infrastructure; they are helping to rebuild the lives of the thousands of people who were affected by this disaster. 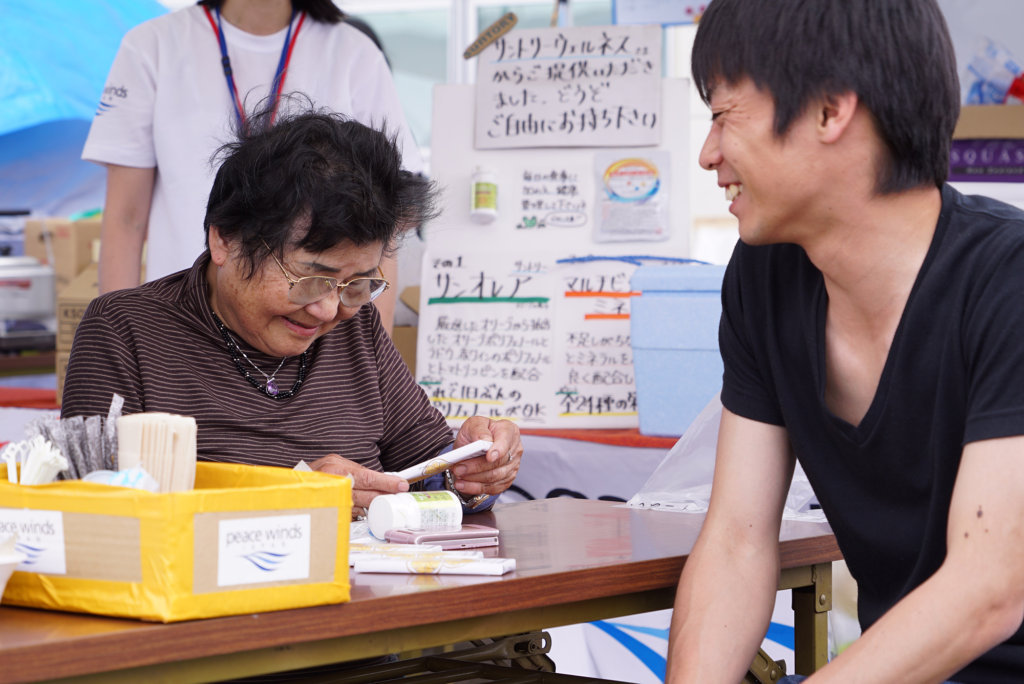 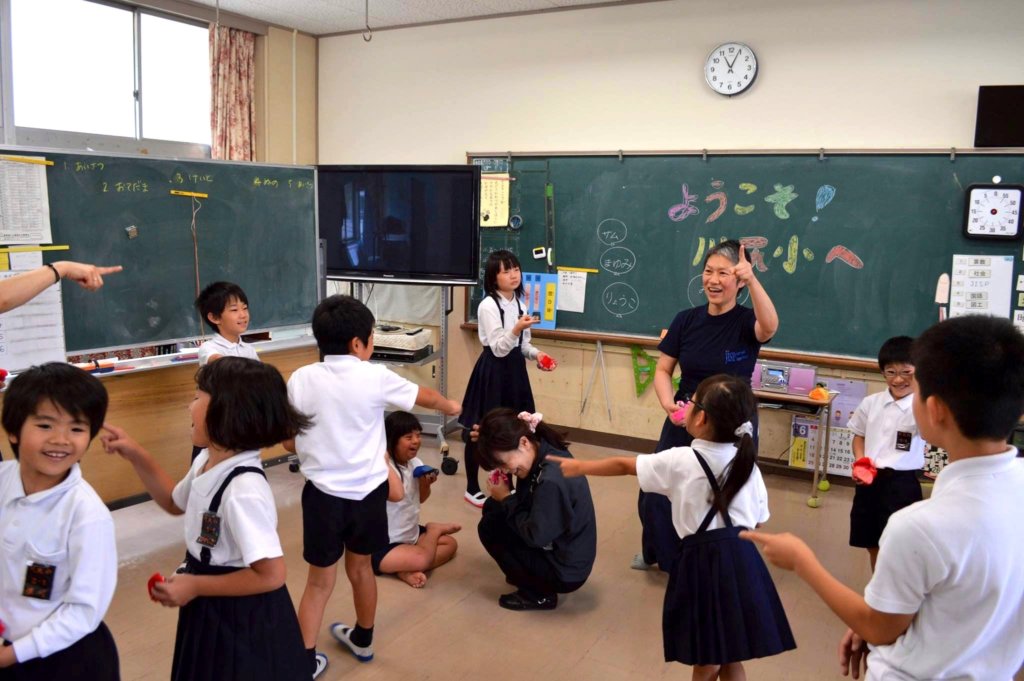 One year post-earthquake in Kumamoto, Japan 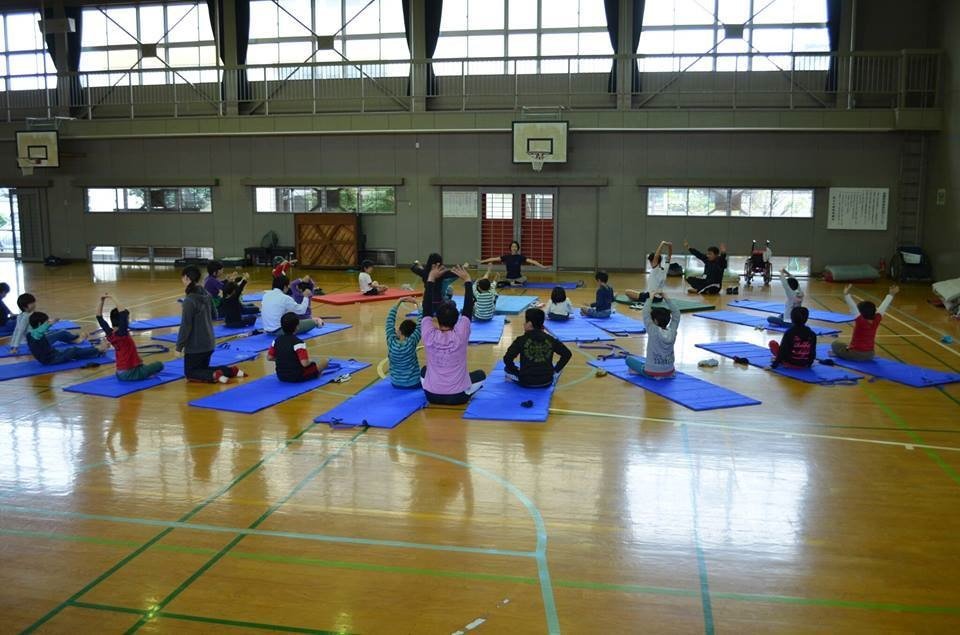 Almost one year ago, a strong 6.2 magnitude earthquake rocked Japan’s Kumamoto Prefecture. 50 people were killed, at least 3,000 were injured, and more than 44,000 lost their homes. Our local partners have been hard at work ever since supporting the reconstruction. Here are a few ways your generosity is fueling the future of Kumamoto.

Peace Winds America hosted community events in December to celebrate Christmas and lift the spirits of temporary housing residents. They are focusing their efforts on supporting elderly people, who are among the most vulnerable after traumatic events such as the earthquake.

IsraAID facilitated mental health workshops and yoga sessions for children. They’re bringing clinical psychologists to affected communities to make sure those who’ve experienced trauma have the care they need.

Hands on Tokyo is a new addition to our relief fund and plans to bring together boys from Tohoku, Tokyo, and Kumamoto for an intensive baseball training project.

Thanks to your support, everyone from young children to elders are rebuilding their lives after this devastating earthquake. And we’ve got even more good news ahead: starting on April 13th, donations to GlobalGiving projects supporting ongoing recovery in Kumamoto will be matched at 100%! With $50,000 in matching funds, we have the chance to really give the Kumamoto community the support it needs to continue rebuilding. To be matched 100%, please give to one of these great projects.

Keep an eye out for more updates about the impact of your donations! Thank you for your commitment to Kumamoto’s long-term recovery. 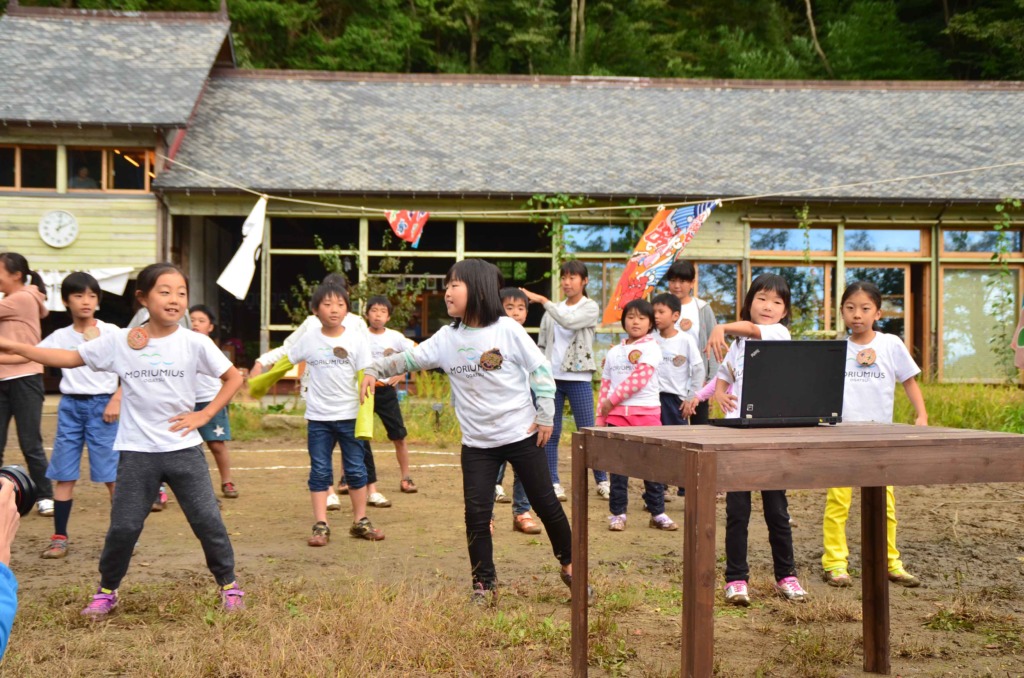 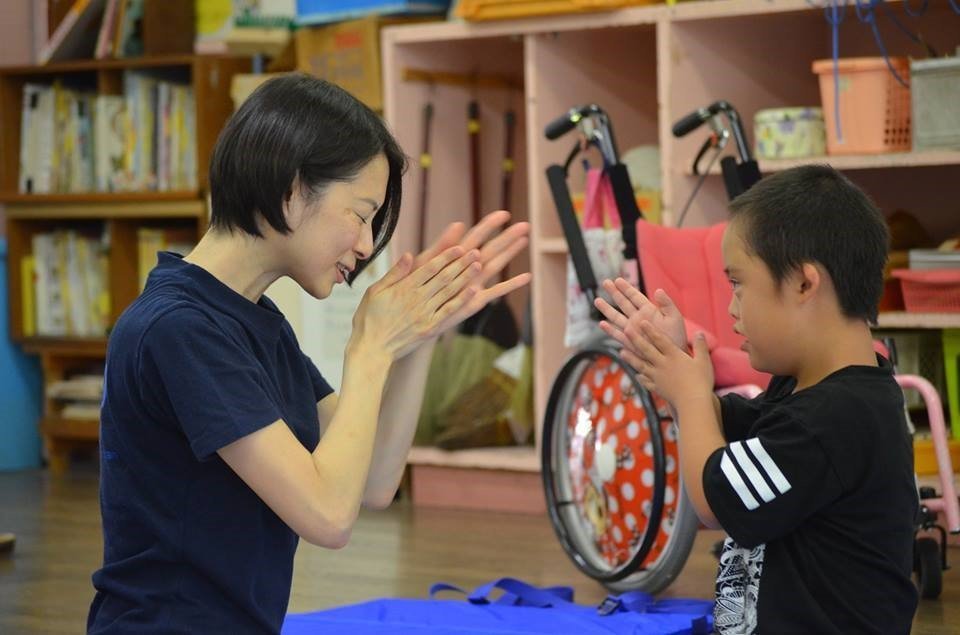 It has been six months since a powerful 6.2-magnitude earthquake hit the Kumamoto Prefecture of Japan, followed 48 hours later by a 7.0 magnitude earthquake. More than 1,700 aftershocks were felt across the region in the weeks that followed.

Thanks to the more than 2,700 donors who raised more than $800,000, people affected by the earthquake are rebuilding their lives. Our vetted, high-impact partners have been hard at work. Here are six ways your donations have helped the people of Japan.

IMCRA hosted a workshop so survivors and first responders could exchange stories and determine the needs of survivors going forward.

IsraAID  focused on psychological first aid to people living in Kumamoto. They hosted a support program with a specialist on post-disaster psychosocial care and a yoga instructor. They offered a yoga session to parents and children including those with special needs.

Sweet Treat 311 is providing sustainable learning experiences and stress relief for children affected by the earthquake.

Peace Winds has been providing shelter, food, and counseling, targeting those with children, pets, and special needs. Peace Winds is now planning to move 2,000 families to the new homes and provide them with basic household supplies.

Be on the lookout for more stories from the impact of your donation. With your generous support, our nonprofit partners are making a difference in people’s lives, so thank you!

Your donation at work in Japan 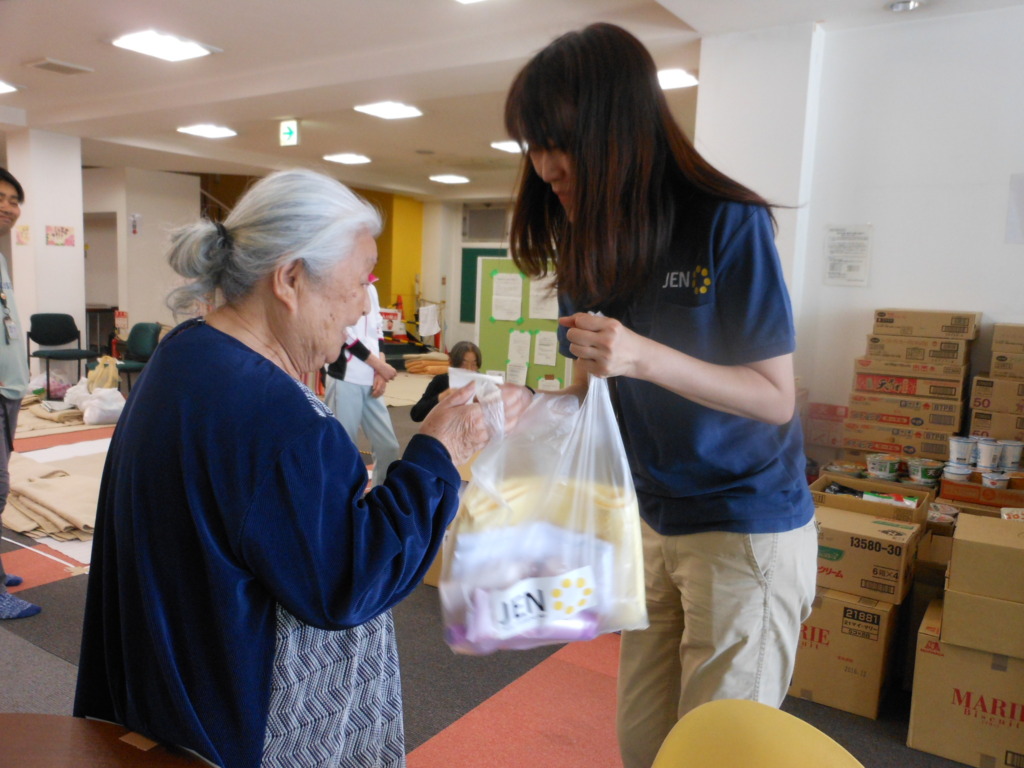 In the month since two major earthquakes struck Kumamoto, Japan, more than 1,800 donors like you have stepped forward to support immediate relief and long-term recovery efforts through this fund.

Thanks to that generous support, we’re pleased to share how four vetted, high-impact GlobalGiving partners are responding to the earthquake. Here’s how your donation is already making an impact in Japan:

International Medical Corps is providing health, nutrition, and hygiene-related care at evacuation centers, an internally-displaced persons camp, and within local communities. They’re placing a particular emphasis on assisting vulnerable populations such as the elderly and people with physical disabilities.

Stay tuned for stories in the coming months about the progress and impact of these and other organizations on the ground in Kumamoto. Thank you once again for your generous support on behalf of earthquake survivors in Japan. 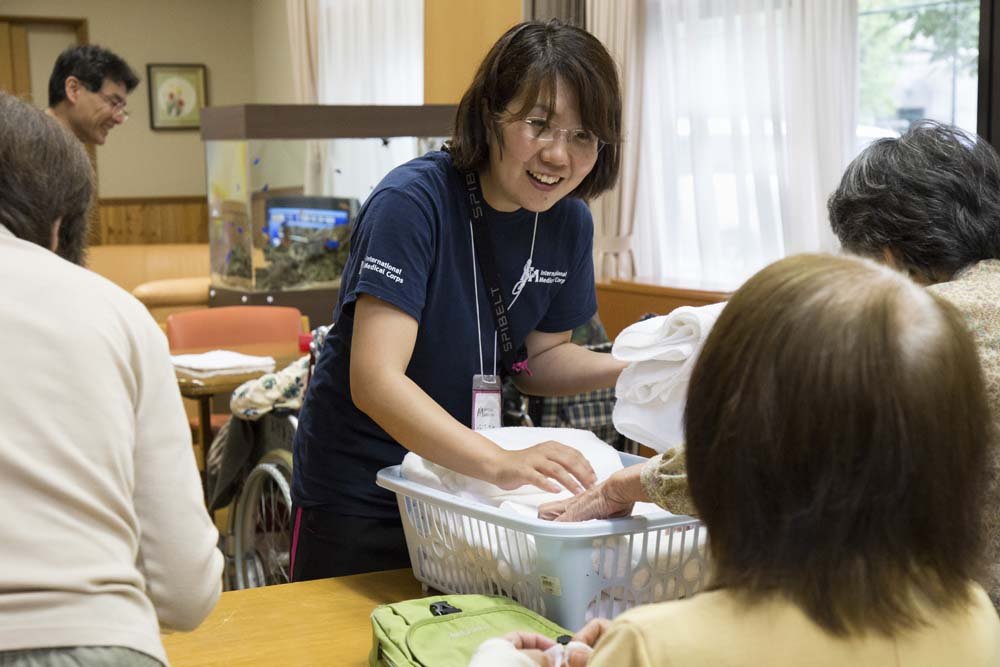 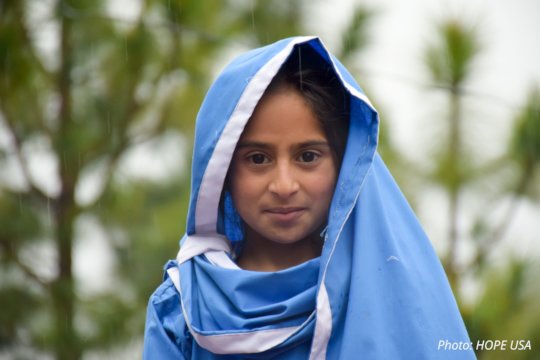 GlobalGiving
Guarantee
Donate https://www.globalgiving.org/dy/cart/view/gg.html?cmd=addItem&projid=23609&rf=microdata&frequency=ONCE&amount=25
Please Note
WARNING: Javascript is currently disabled or is not available in your browser. GlobalGiving makes extensive use of Javascript and will not function properly with Javascript disabled. Please enable Javascript and refresh this page.