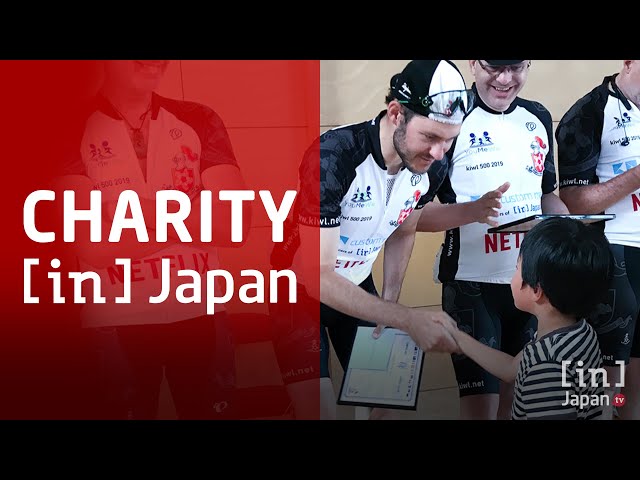 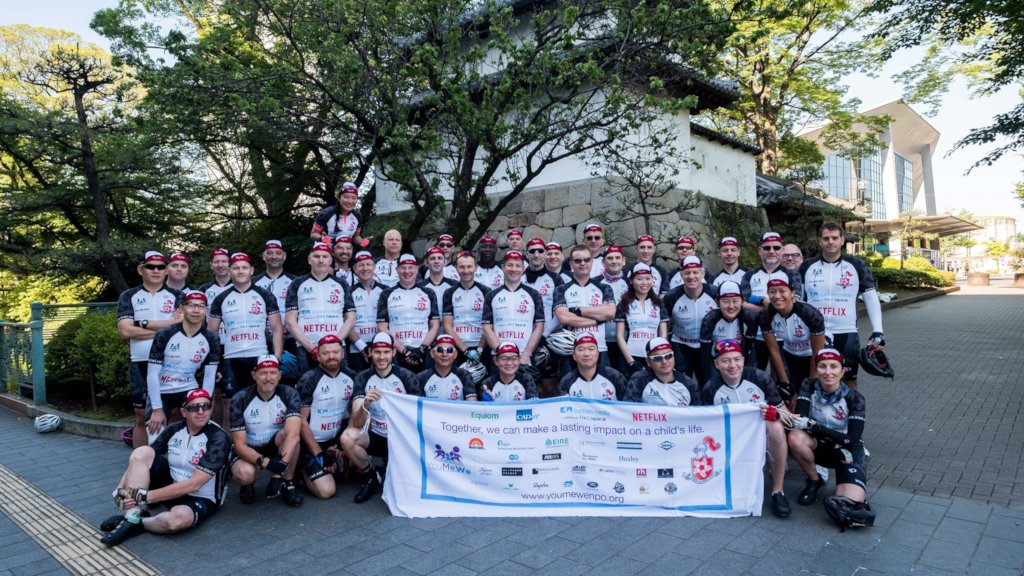 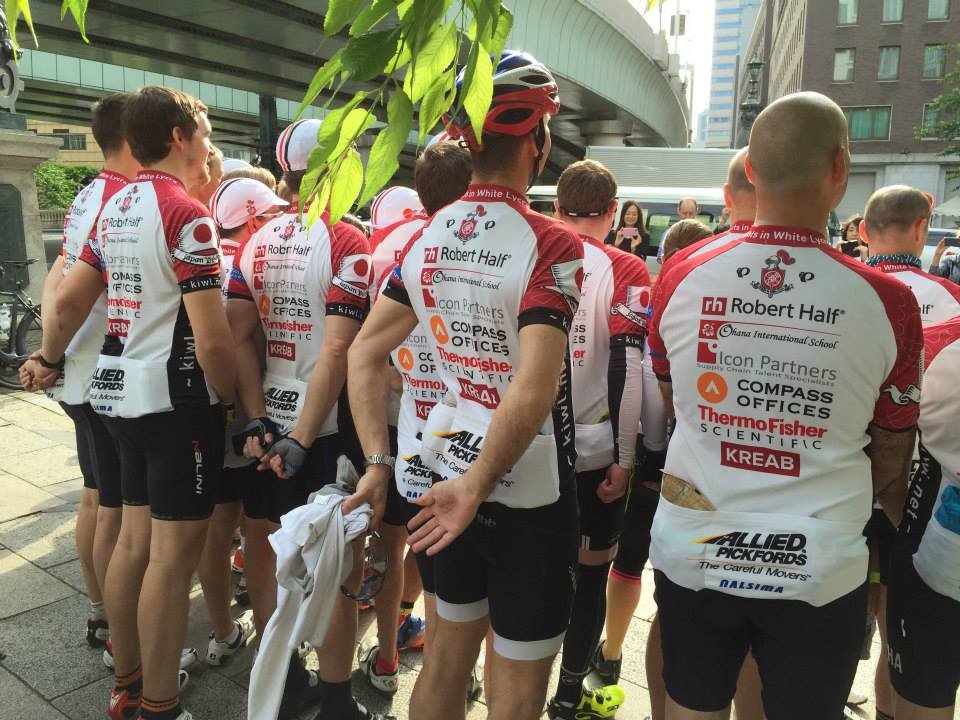 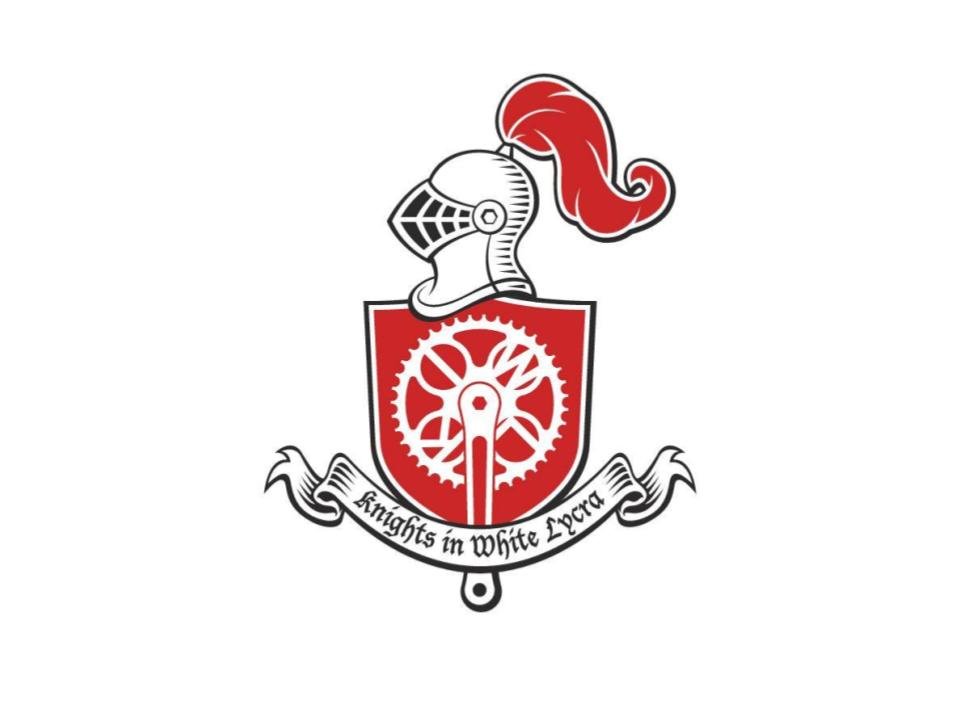 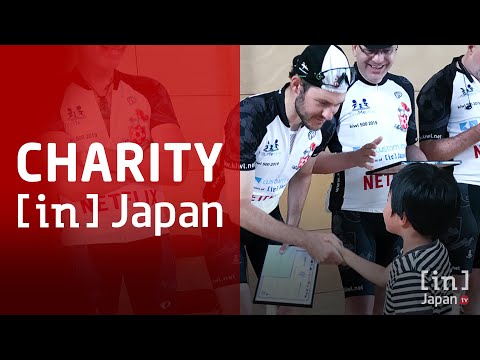 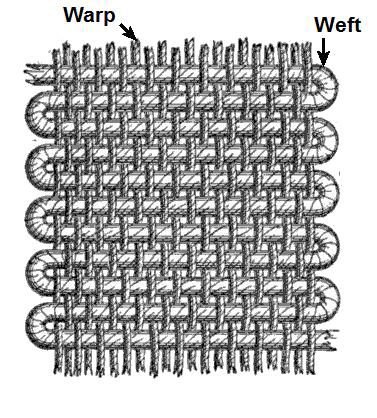 It is not the easiest analogy but learning the words for the parts woven together of Warp and Weft, it occurred to us that this is very much what our experience with KIWL (Knights In White Lycra) has been for our second year in a row.

They are the Weft and the Warp are all the groups, people, families, sponsors, and efforts they weave together in sponsorship of us. This is what has made the NPO a much stronger fabric. All the getting fit and giving back took so many shapes and forms this year in an extraordinary environment one can only say…THANK YOU!

2020 was a year that almost escapes words to describe it. If questions have inherent answers and problems have possible solutions, 2020 put them all to the test. We have to not only commend but stand up and applause every single rider and donor who stuck with us in 2020 when it very easily could have been acceptable to give up.

There was so much stacked against everyone but we collectively pivoted with the news and updates thrown at us and despite everything became more creative and more innovative and outpaced the previous year's donations in partnership with KIWL than the previous year which seemed like an oasis in comparison at over 15,000,000 JPY.

Everyone trained and optimistically prepared for one date and then postponed to another and finally accomplished 500km over the month of October through thousands of miles and kilometers were covered in preparation and dedicated rides like Andy Abbey's length of Japan and Soma Youm's reaching 500km and 5,000m almost in one day.

It is impossible to appreciate the dedication and determination in preparing for this charity ride unless one is lucky enough to be among their team members cheering them on up and down the hills across the beautiful countryside.

This week we saw the “Coming of Age” ceremony celebrated in Japan as the young adults who turned 20 years old joined the majority. Many young ladies dressed in the traditional kimonos while young men wore suits.

As we go into the 3rd year of our 5 year plan is that this year is to be focused on Access; Resources, Connectivity, and Networking.

While the children in the homes did not have much say in the way they came into this world or the families into which they were born, they can have a say in how their lives end up. We, at YouMeWe, see this as our mission.

Life plans help people think about how they want their lives to end up. By having a plan, at any age, helps everyone even if they go off course for a short while. It is that plan that you can come back to. At YouMeWe we are evolving from the analogy of offering ornaments for a Christmas Tree when a child has never seen a decorated tree. Through Life Plans, Life Connection, Money Connection,Career Assessments, and SMART Goal planning, then we can offer the kids the skills sets they will need to focus on in order to be successful in their futures.

This is where the volunteers and donors are the most important. Not only providing the funding as we do this but also to act as mentors and coaches to the kids as well as becoming that extended network for the children as grown adults. The children are not the problems, it is their family of origin which is where they come from but their family of destination which holds the answers and where they are headed with our help.

What the children in the homes need more than anything is that human connection. The effort and reminder that their lives matter and are worth investing in.

If you have been in Japan long enough and on the road, inevitably you are either driving a car from Nicole Group of Companies or looking at one at a stoplight with envy. You can peak at its website https://www.nicole.co.jp/ of building over 40 years to be the company synonymous with high-quality services for high-performance automobiles.

The CEO, Mr. Nico Roehreke has also built a culture in the company which is seen through all of the team members' support. YouMeWe NPO was introduced through KIWL in 2018 and in our first meeting, it was explained that in the past they had hired a candidate who had aged out of the children’s homes in Japan. That they were not against the idea of interviewing candidates who are seeking employment.  That knowing the children as young as possible, possibly through an internship is the best recipe as the bond between the company and mentorship can start at an early age so that when they are old enough to move out on their own and seek full-time employment, it is a much easier adjustment.

This, at the time, gave us a lot of reassurance and vision that the path we were on was the right one. We have stayed in touch with Nicole Group of Companies and are happy to announce that another candidate was accepted and will start working with the company on April 1, 2021.

We are not only thankful in the opportunity offered by Nicole as well as the team’s gracious way of interviewing but also the example in the business community.

In a country like Japan which has more people over the age of 65 per capita and less under the age of 15 years old per capita, more and more companies will be seeking new candidates.

We believe that 97% of the young adults available for hire last year received an offer. If your company is willing to make offers to young adults who are leaving children institutional care, please reach out to us. We have set up a recruitment arm with the brand EMPOWER www.empower-intl.com which is training children who have aged out of the homes to run the company but also act as a recruitment agency for the over 1,600 children turning 18 years old each year. 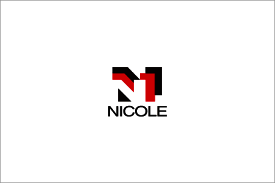 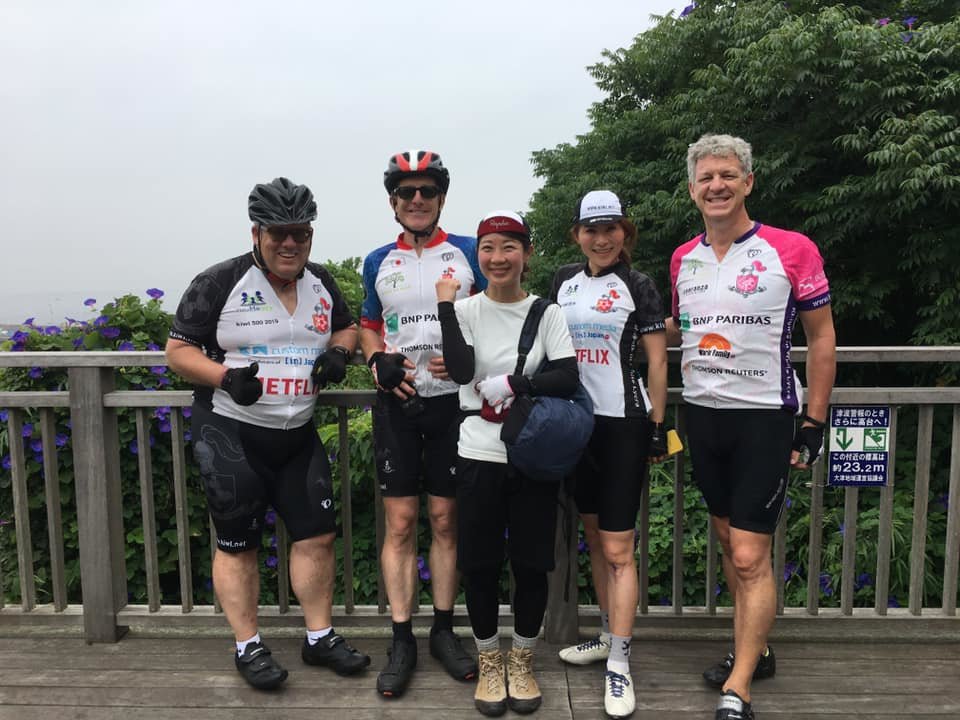 We want to thank everyone and update on the KIWL 2020 Bike Ride if you have not been updated already. 2020 has been a challenging year for everyone and all of these challenges have continually been taken into consideration throughout the year in the preparation for the ride which was postponed from June to October and then the decision to effectively cancel the ride in its original format and hold it in June 2021. Instead, the riders have focused on an alternative challenge, in a positive sense, The KIWL 500:5000 October Challenge 2020. The riders and teams will ride 500km throughout the month of October with a climb of 5,000m. There is a Strava page set up to track and prizes for the team members who:

-First to ride 500 km AND complete 5,000 meters of climbing in October

It just so happens that during the year the owners of the Yokohama Marinos heard about the efforts of YouMeWe NPO and agreed to match funding to the link below so we have redirected donations to the below link which will be matched up to 55,000 GBP until the end of September.

All efforts by KIWL members have raised over 10,000,000 JPY in 2020 on and offline and the funds have been deployed across the homes in Tohoku, Tokyo, Yokoyama, Nagoya, and soon in Hiroshima. YouMeWe has supported college students who had left the home for university but had to return due to COVID so we made sure they had laptops to do their studies remotely in Sendai and Tokyo. We installed 10 laptops in the Taiyo Gakuen in Iwate and bought tablets and subscribed to learning software for kids studying from home. We taught remotely weekly until we were allowed to meet the kids at St.Francis with a mask and continue to meet them weekly for Digital Citizenship classes. Thousands of masks were received and donated along with alcohol spray. From May 27 until September 3, over 100 days 161 kids, staff, volunteers and donors walked around the earth virtually for 100 days tracking 100 steps a day and entering into an online system which tracked where they were virtually and gave them a geography and history lesson about places they visited online. This was a great example of health and technology. There is much more ahead and in an interesting way, the work YouMeWe has been doing proved to be useful if not ahead of its time and the equipment installed in the homes along with the WIFI has helped them with their remote working and to meet their tutors online. We endeavor to continue our support and have assigned roles internally to the leagues of volunteers who have also reached out from all over to help us.

Thank you again for your continued support and we look forward to updating you about the KIWL 500:5000 in October! 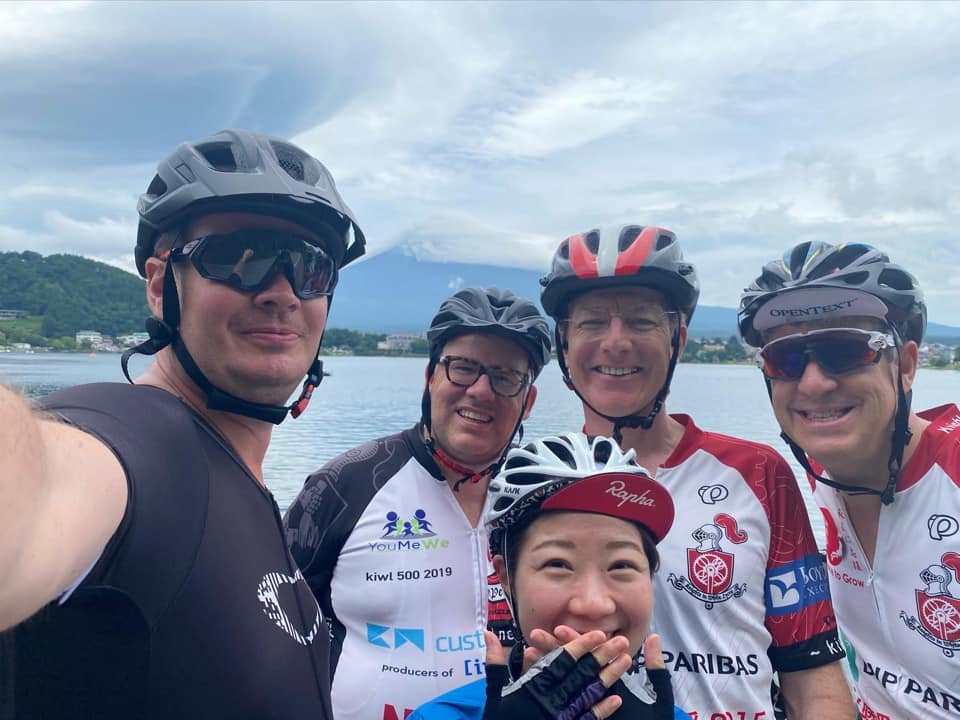 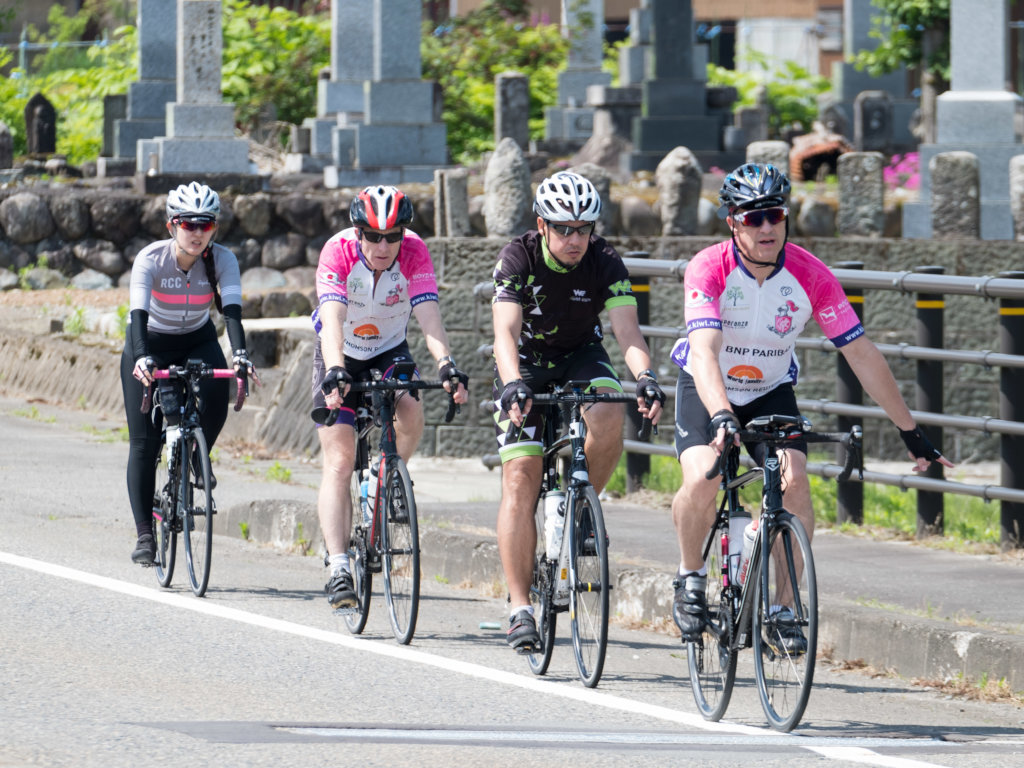 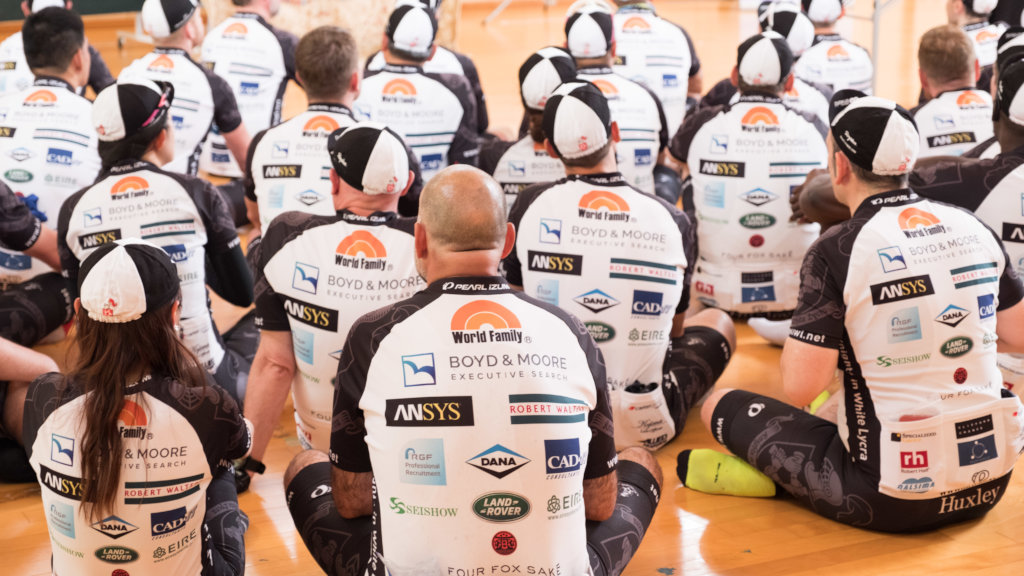 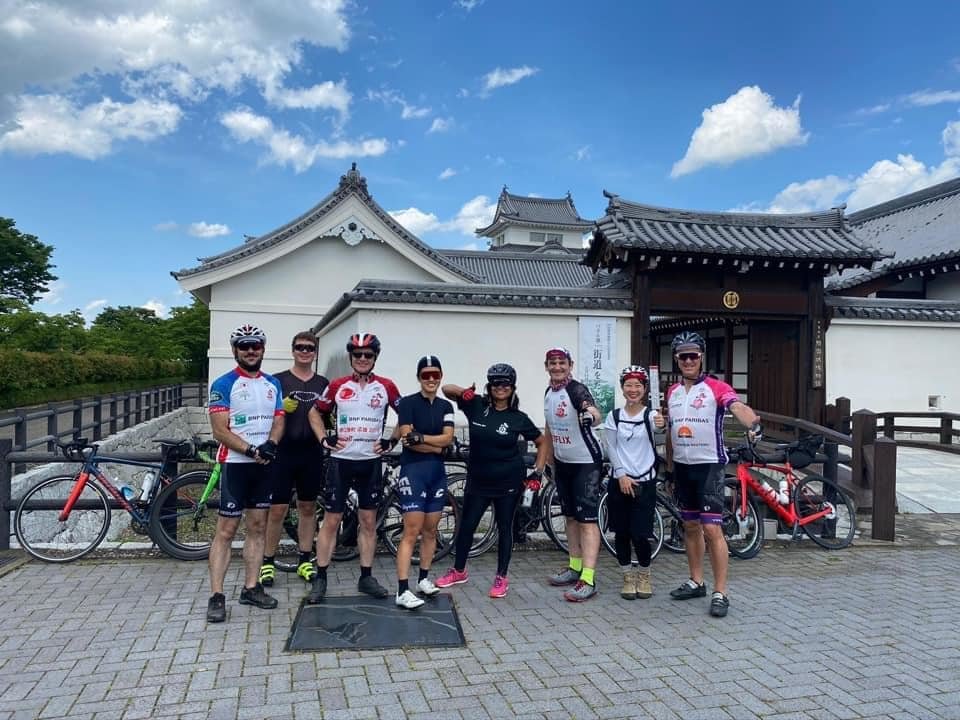 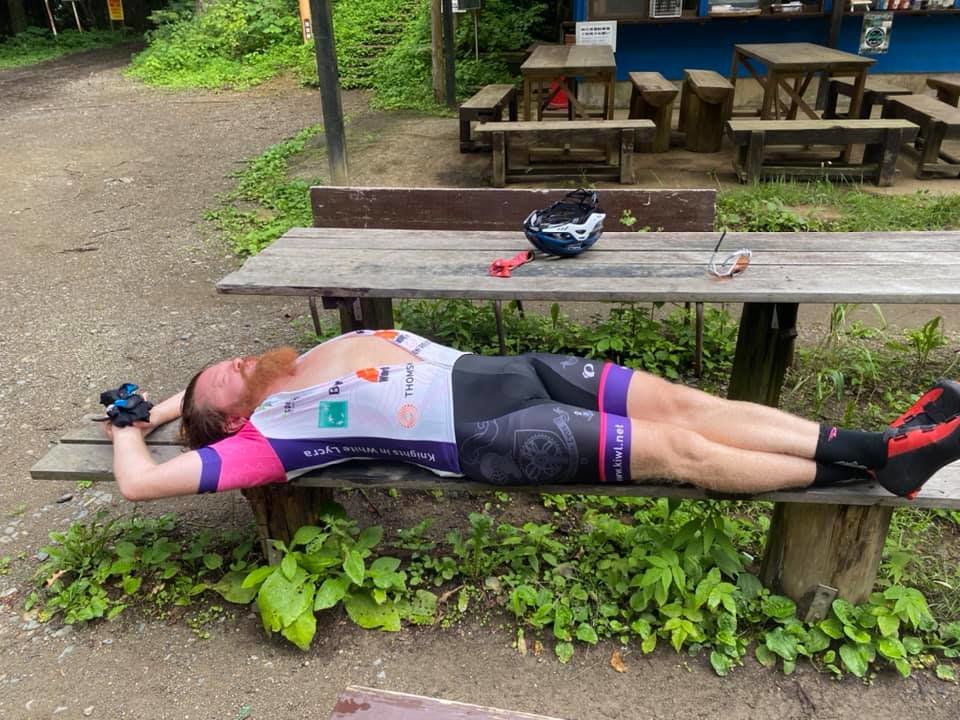 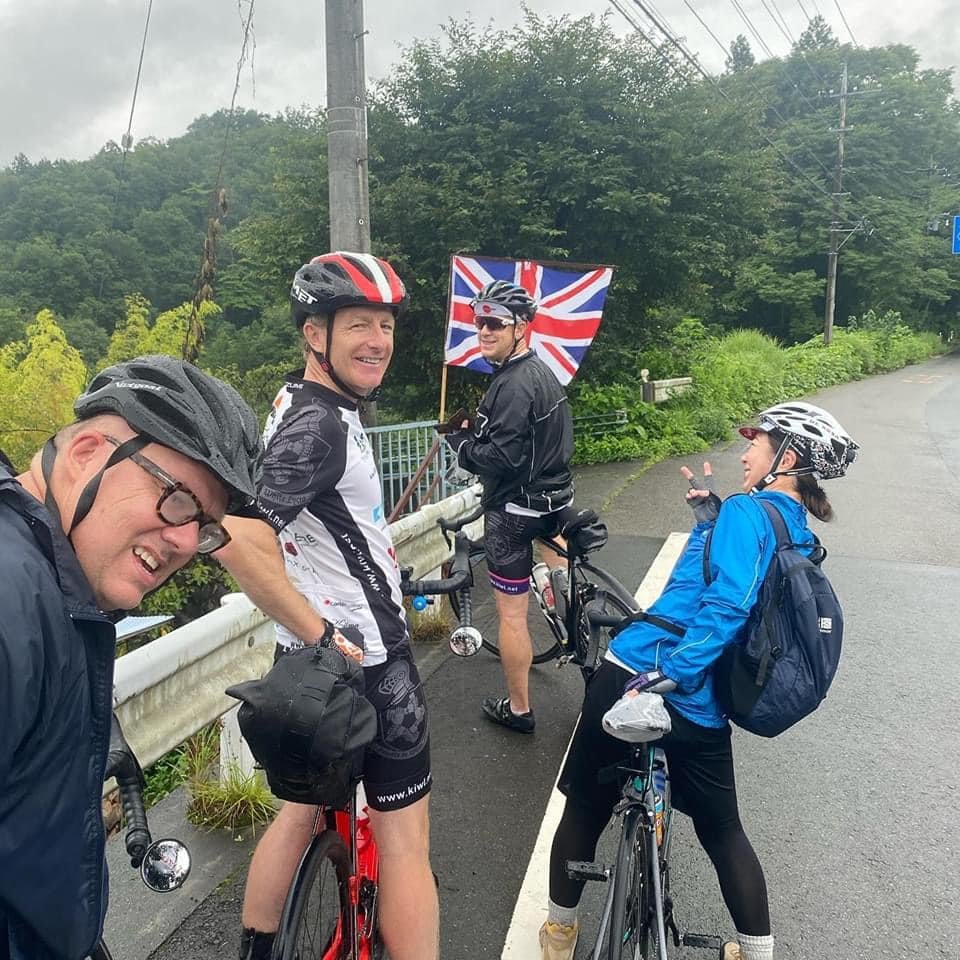 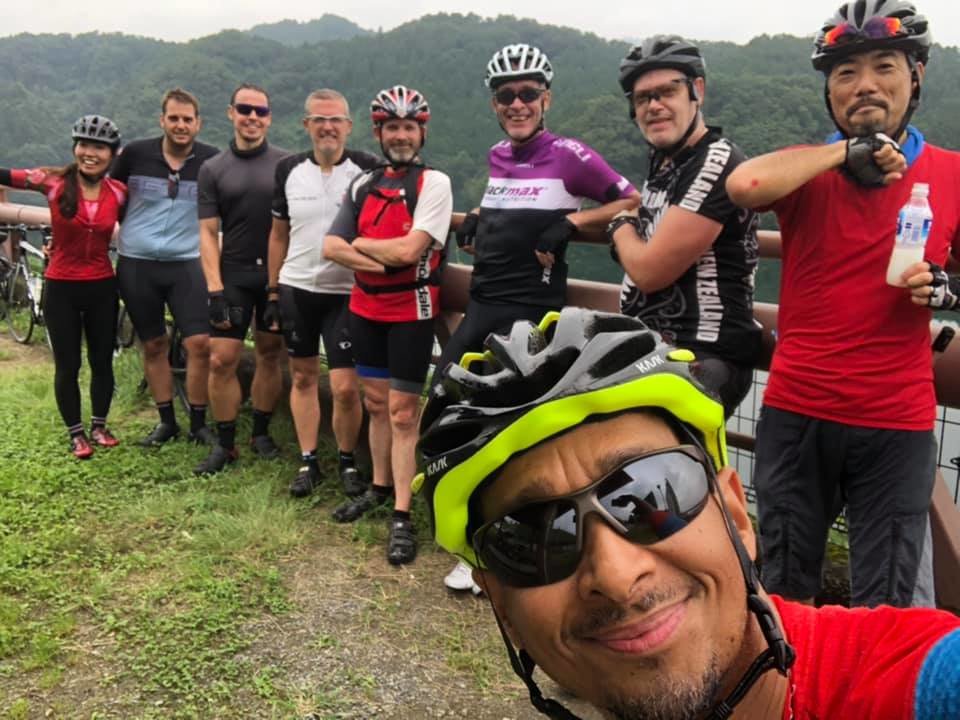 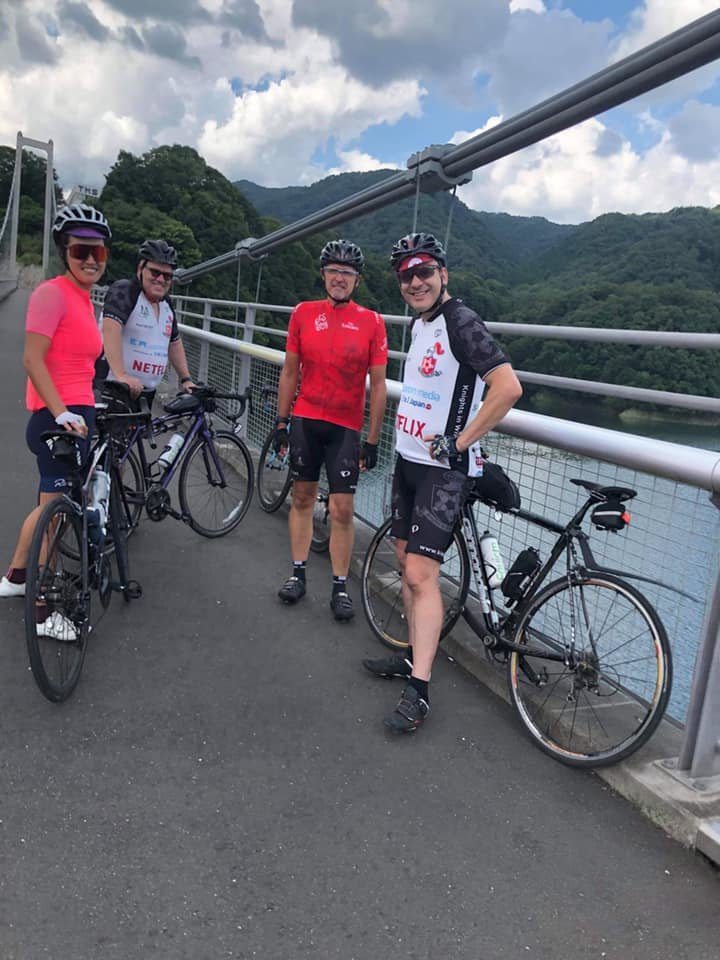 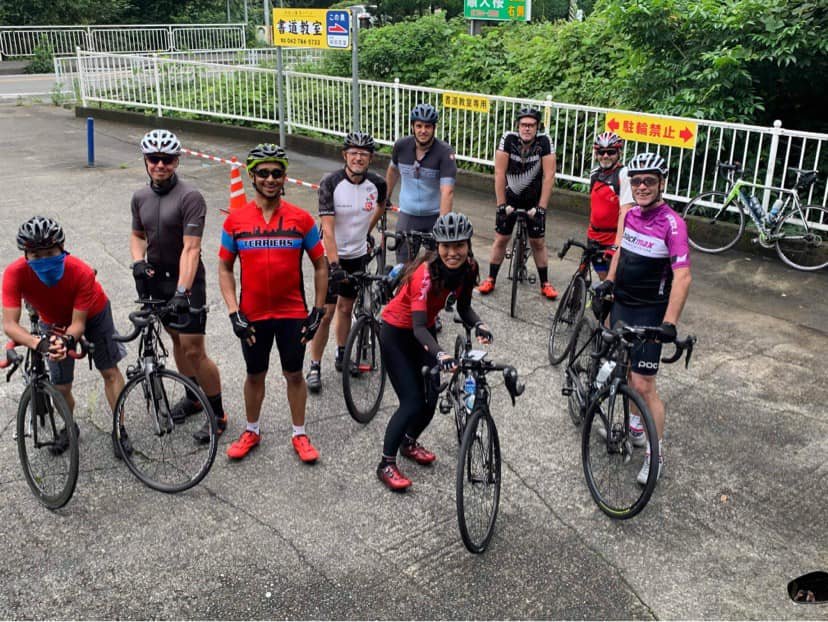 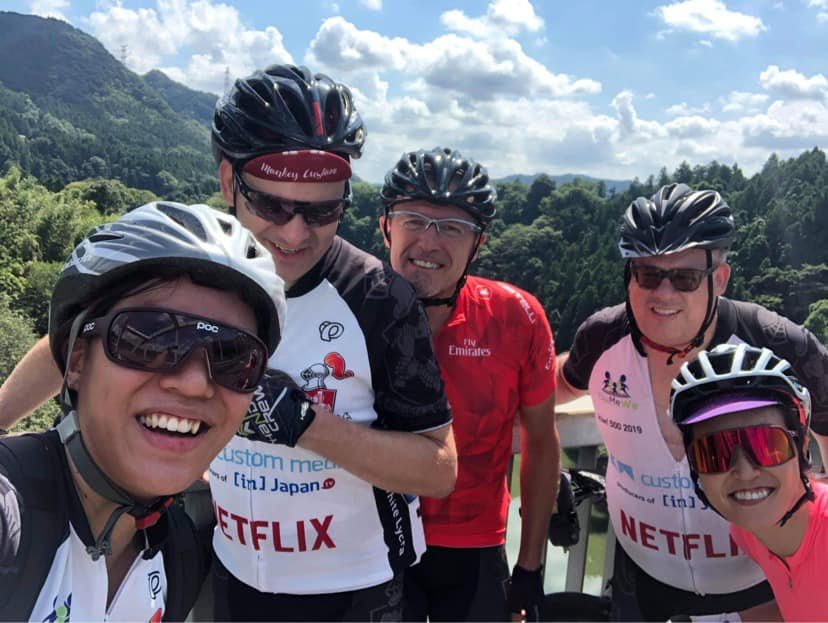 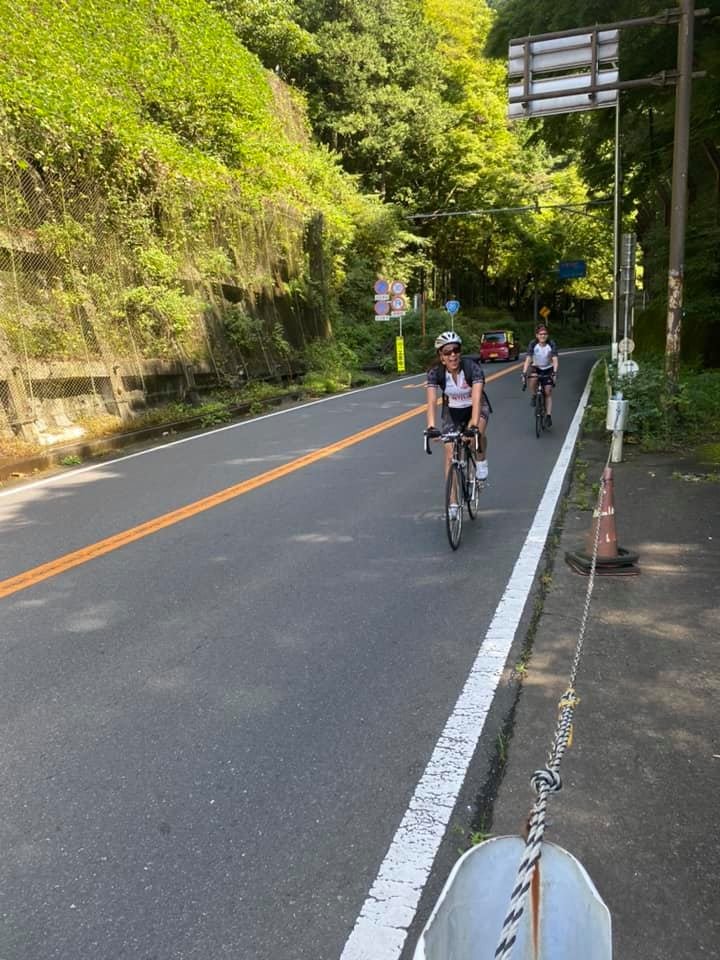 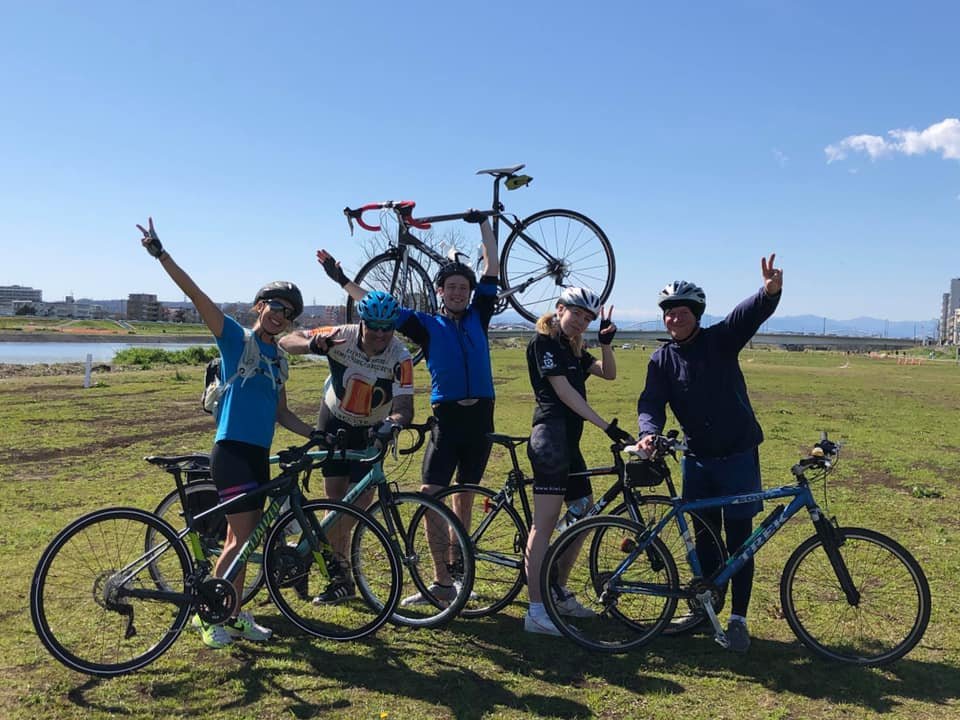 KIWL 2020 Ride Sponsors
Dear KIWL 2020 Ride friends and family,
As you may know we have postponed the 500km ride due to the current COVID 19 precautions but will definitely have the ride in October 2020.

Despite COVID19, KIWL has still raised an incredible Y6,586,000 this year online and offline to date thanks to donations from you as supporters, and corporate sponsors who despite their own business challenges, believe in the education of kids in care.
We have responded to the children homes requests whether it be for laptops for college graduates who had to start school but online and needed their own device in both Tokyo and Sendai. We have also shipped ten computers to Taiyo Gakuen in Iwate-ken so the kids could access online material. Matsubaen in Itabashi-ku has installed online learning platforms we were able to continue to study. St.Francis had SKYPE labs created with the equipment we installed so they can continue Digital Citizenships lessons thrice a week.
We have also received many masks donations and to the degree we could, bought both masks and alcohol for the homes who requested it.
Needless to say, being in lockdown for the homes unexpectedly from April has caused many challenges especially for the kids who are not able to go out and exercise regularly. We purchased drones for the homes that are allowing kids to go out periodically.
We have also taken this opportunity to enroll in a Global Challenge of the kids and staff along with donors and volunteers to walk around the earth virtually launching May 27th entering steps from the 500 donated pedometers into an online system which kicks off in Egypt giving the kids a geography and history lesson of each country they walk to virtually. The challenge lasts for 100 days and allows over two dozen other exercises to be converted to steps in case they are not able to get in 10,000 steps a day.

The KIWL team members are still training when possible and safe. Social distancing adding to the challenge but this gives us a longer runway to prepare to reach over the four days and 500km from Yuzawa to Sendai. Please see some footage from a test ride done by our Knight Egon.

Thank you for your support and efforts, 2020 will be remembered as a particularly difficult year, but at least KIWL is making a success of supporting marginalized kids with your help and dedication. 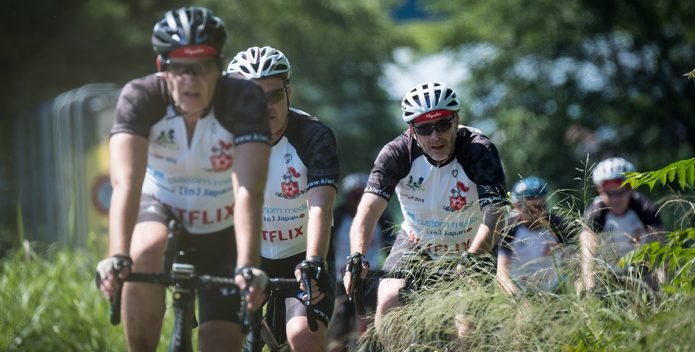 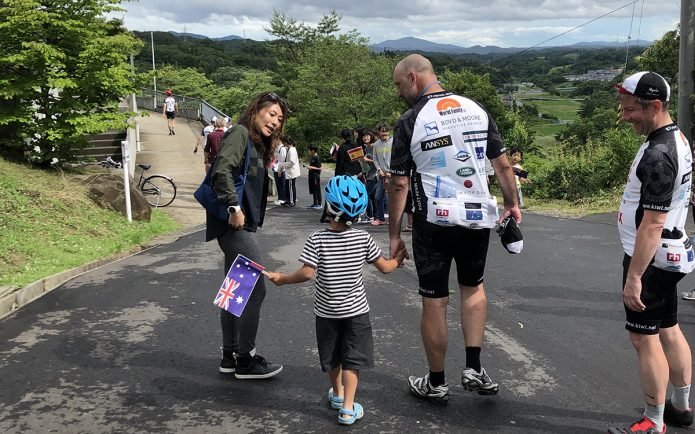 GlobalGiving
Guarantee
Donate https://www.globalgiving.org/dy/cart/view/gg.html?cmd=addItem&projid=44485&rf=microdata&frequency=ONCE&amount=25
Please Note
WARNING: Javascript is currently disabled or is not available in your browser. GlobalGiving makes extensive use of Javascript and will not function properly with Javascript disabled. Please enable Javascript and refresh this page.