by Partners for Community Transformation (PaCT) 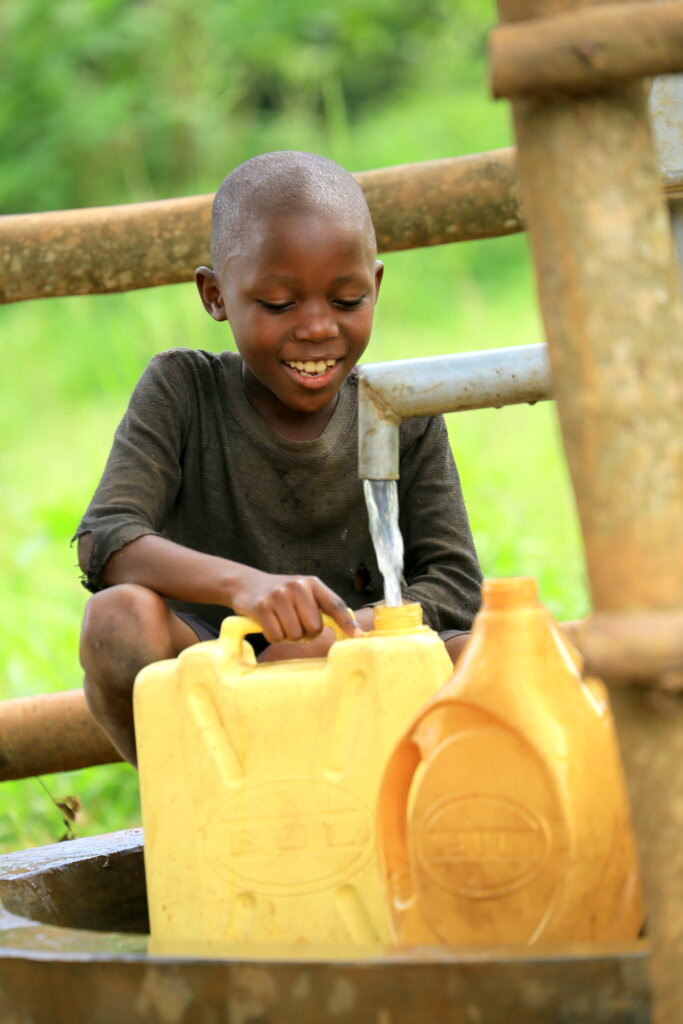 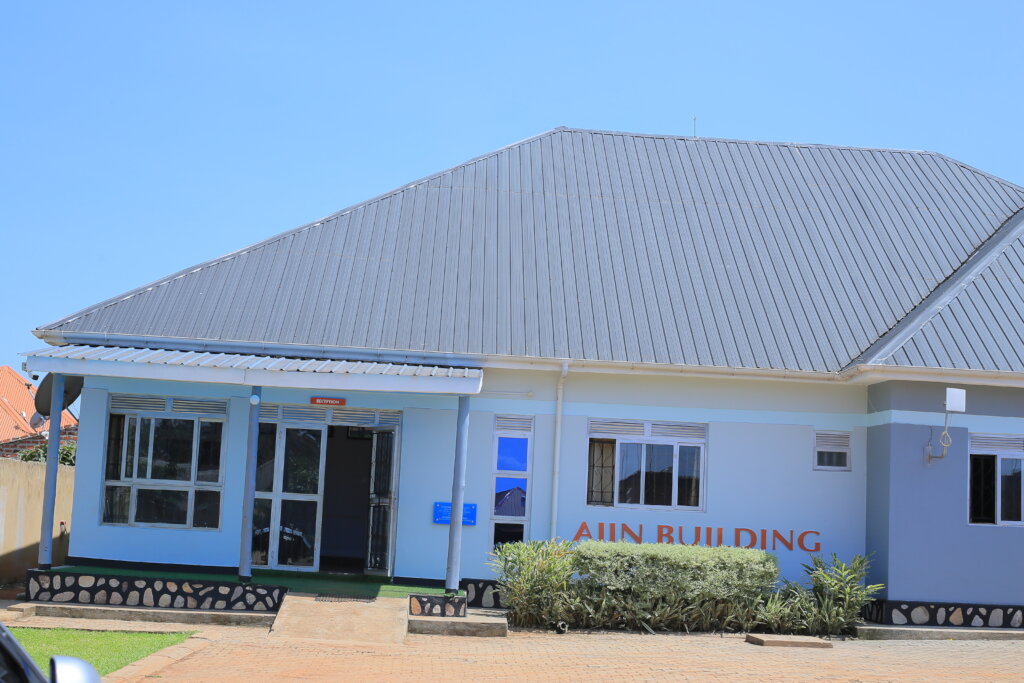 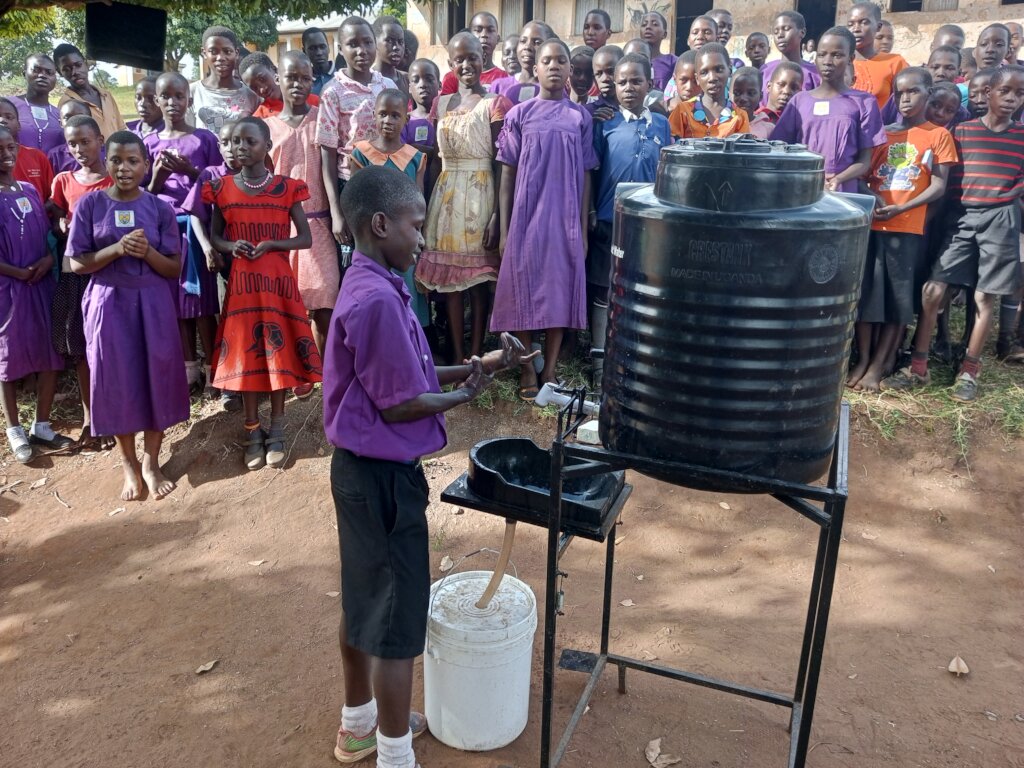 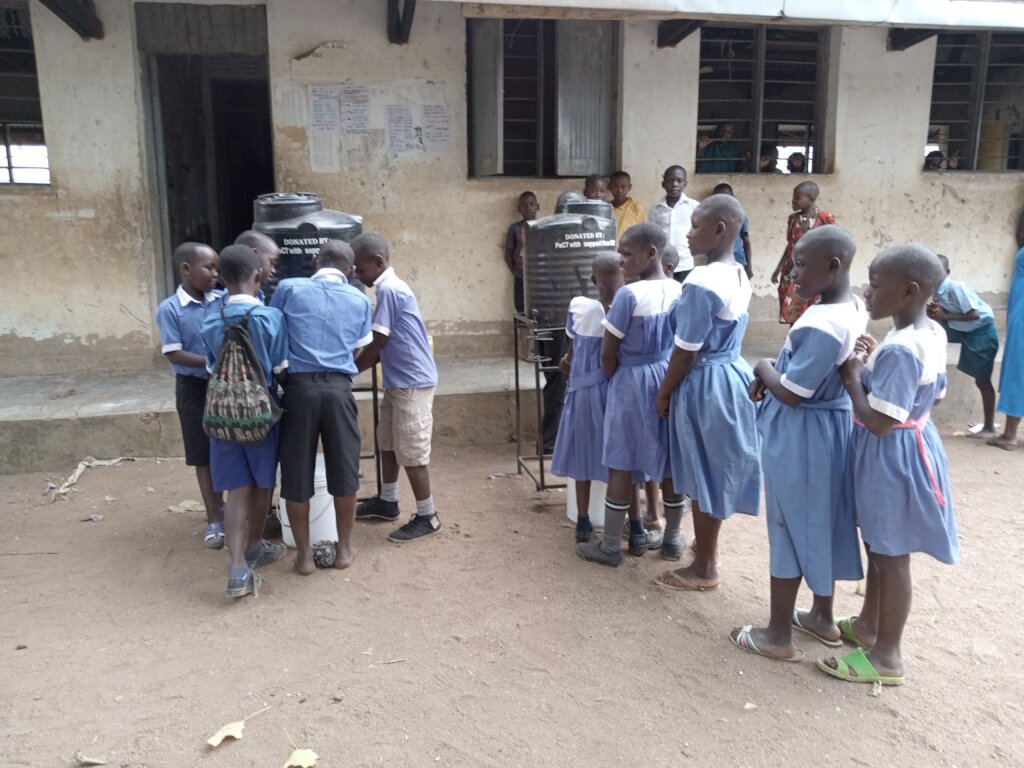 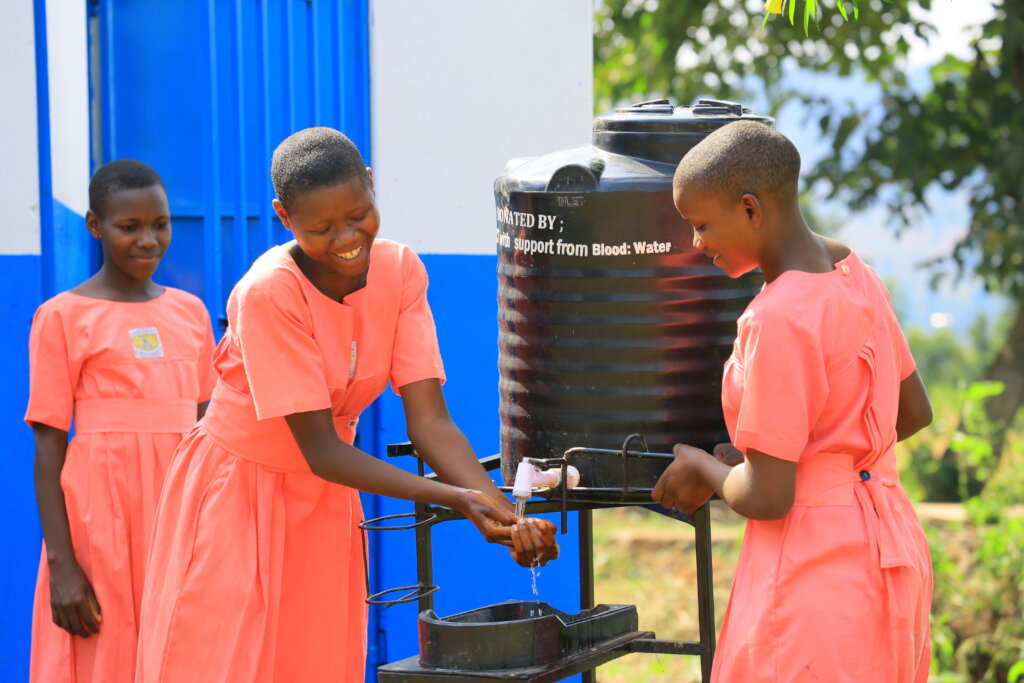 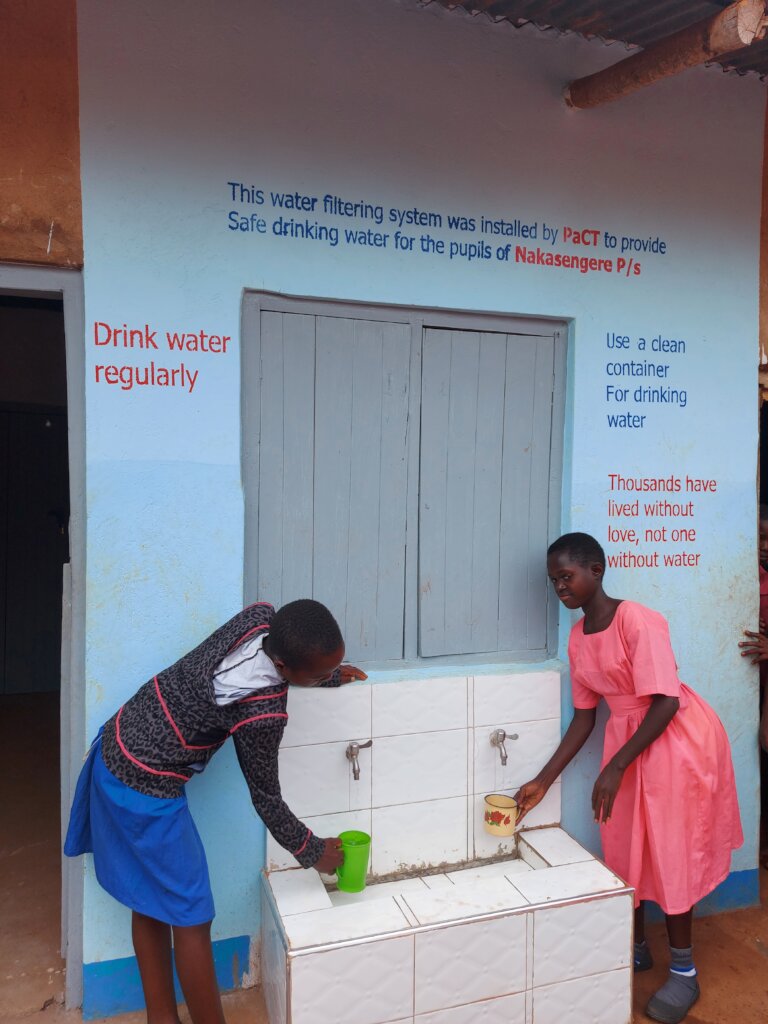 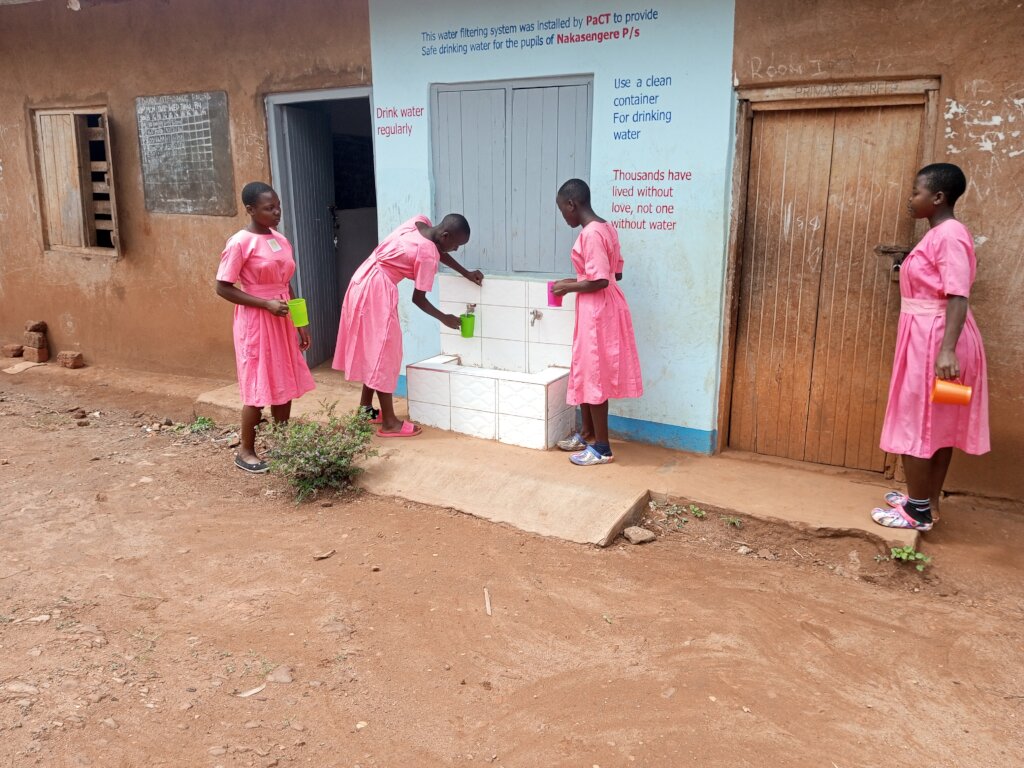 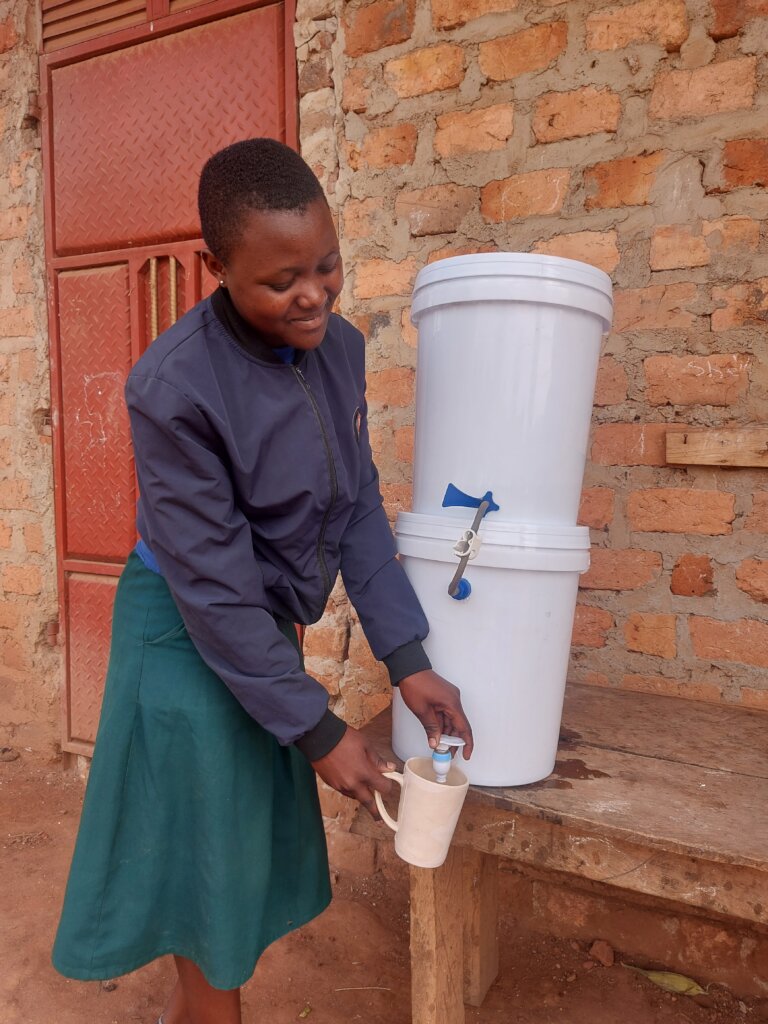 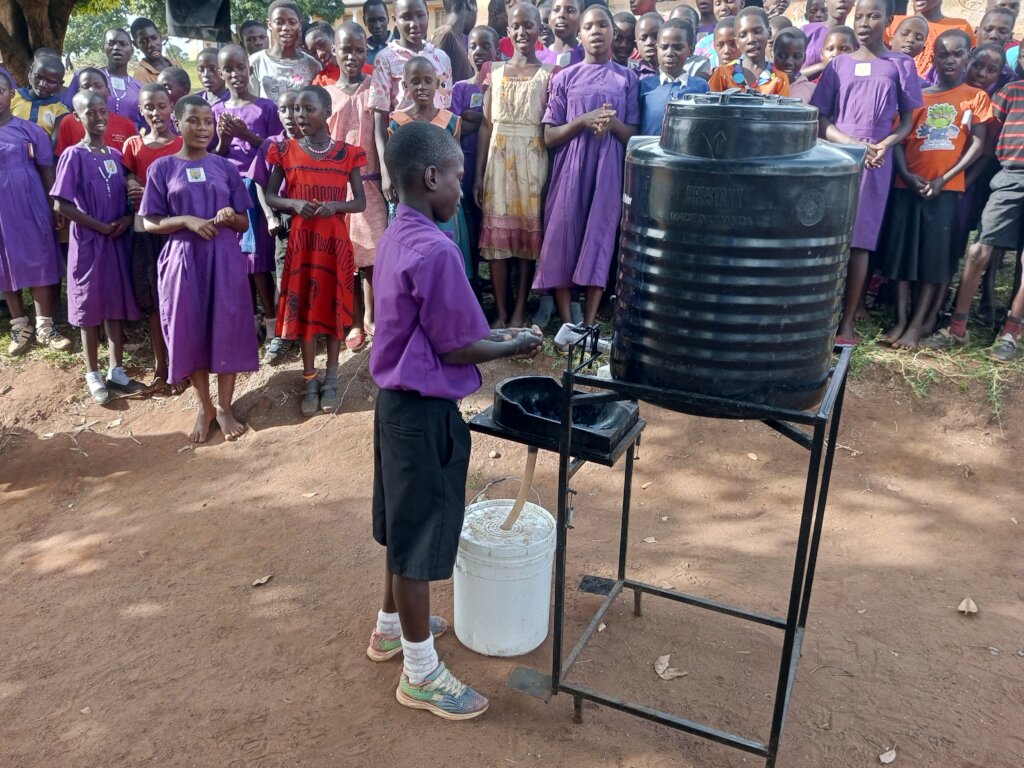 A pupil teaching his colleagues how to wash hands

In Uganda, 23,000 people, including 19,700 children under the age of five, die from diarrhoea each year, with approximately 90% of these deaths directly linked to contaminated drinking water. Early childhood diarrhoea is not just dangerous; it also adds to Uganda's high incidence of stunting, which has an impact on children's cognitive development and academic achievement. In schools, a lack of sufficient sanitation facilities contributes to high absence and dropout rates, particularly. PaCT intends to change this narrative in 20 selected schools in the districts of Mityana, Kassanda, and Kiboga by installing 30 drinking water filtering stations and 40 handwashing facilities to improve educational outcomes.

Kigoma Primary School, located in Muwanga Sub-county, Kiboga District, is one of the project schools that PaCT supports to improve overall sanitation and hygiene status. The school enrollment is 396 (191 girls and 205 boys) and only one functional latrine with four stances shared by the pupils and teachers. The pupil to stance ratio is 1:85, in addition to being overcrowded, the facility is found to be in disrepair and in urgent need of new latrines. In addition to the worrying latrine situation, the school lacked a single handwashing station and a drinking water facility. Since our previous report, we have worked with school structures, including parents, to establish at least one station that offers students with filtered safe drinking water, as well as two handwashing stations. It caused excitement across the community to witness such modern, yet manageable and sustainable, stations. As the first of its kind in the area, this is now considered as a modern school in the entire sub-county of around 60 villages. " There is no doubt that the number of student absenteeism, which has been estimated at 33% due to water-borne illness, will drastically reduce in the next school term and so on as a result of these facilities, and surely parents will save more of their hard-earned money," said Mosso Luke the school's headteacher.

Our goal is to raise $13,143 and we have so far raised $5,057. We thank all of our generous donors who have already contributed to this cause and invite more to join us on this journey to combat diseases caused by poor sanitation in Ugandan rural schools. 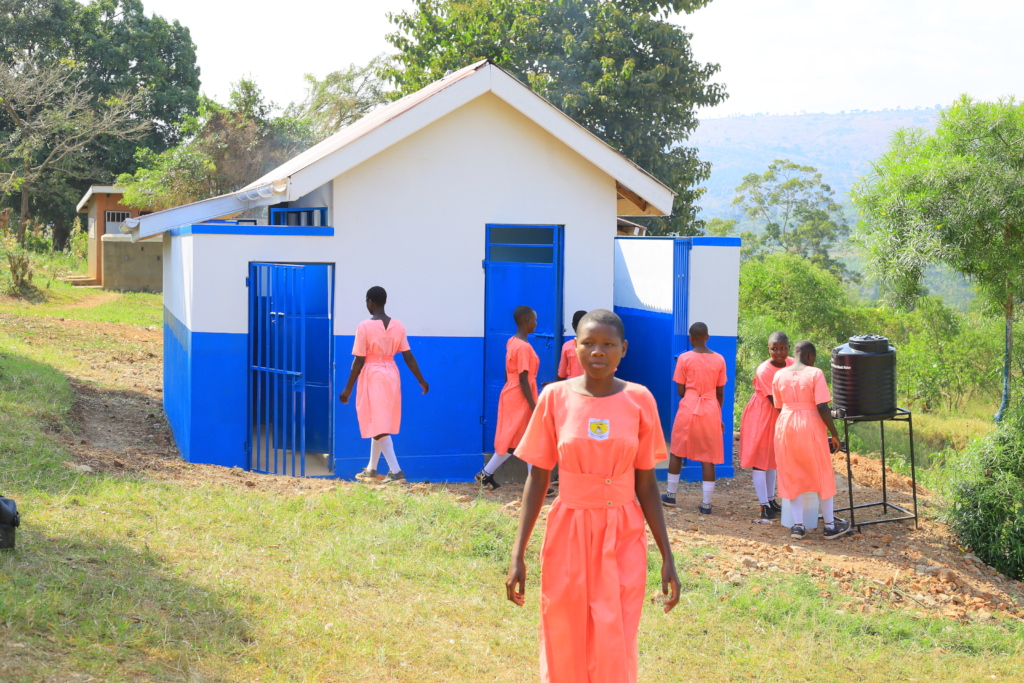 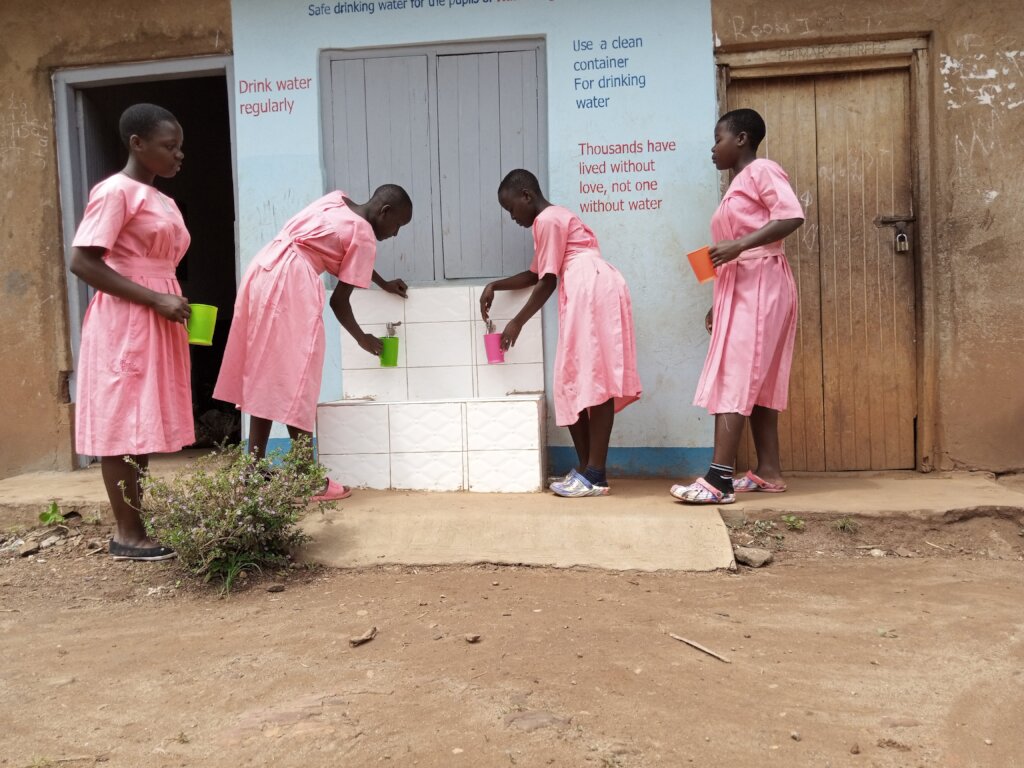 Pupils getting water from a water filter 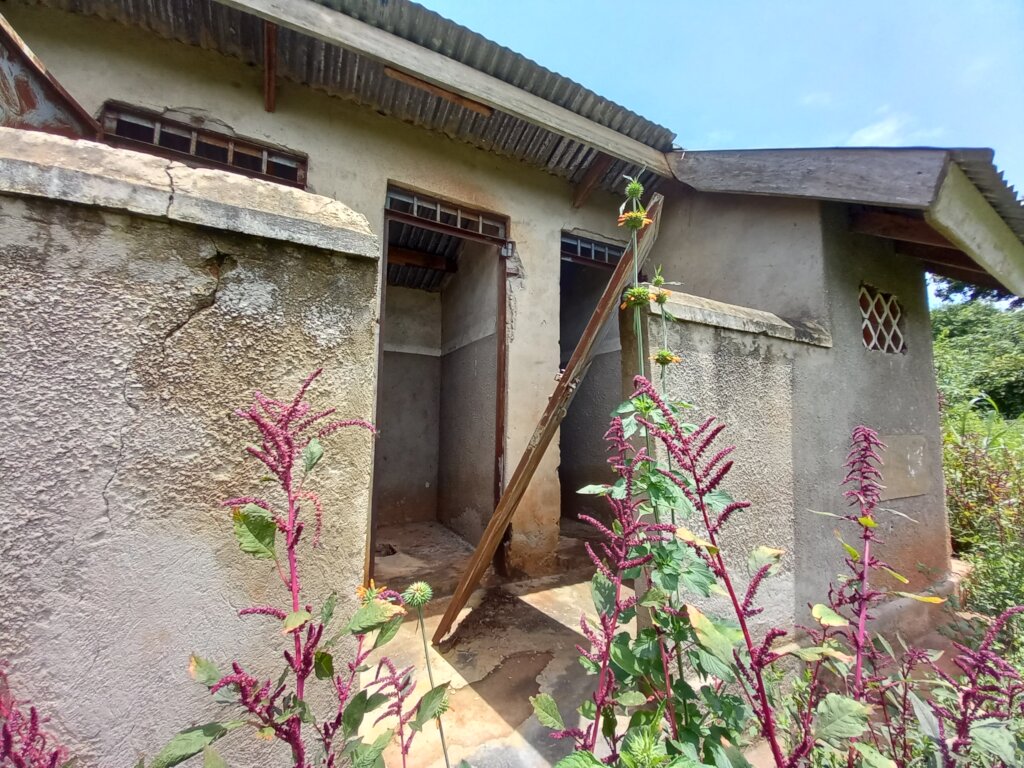 Status of latrine at Kigoma P/S before 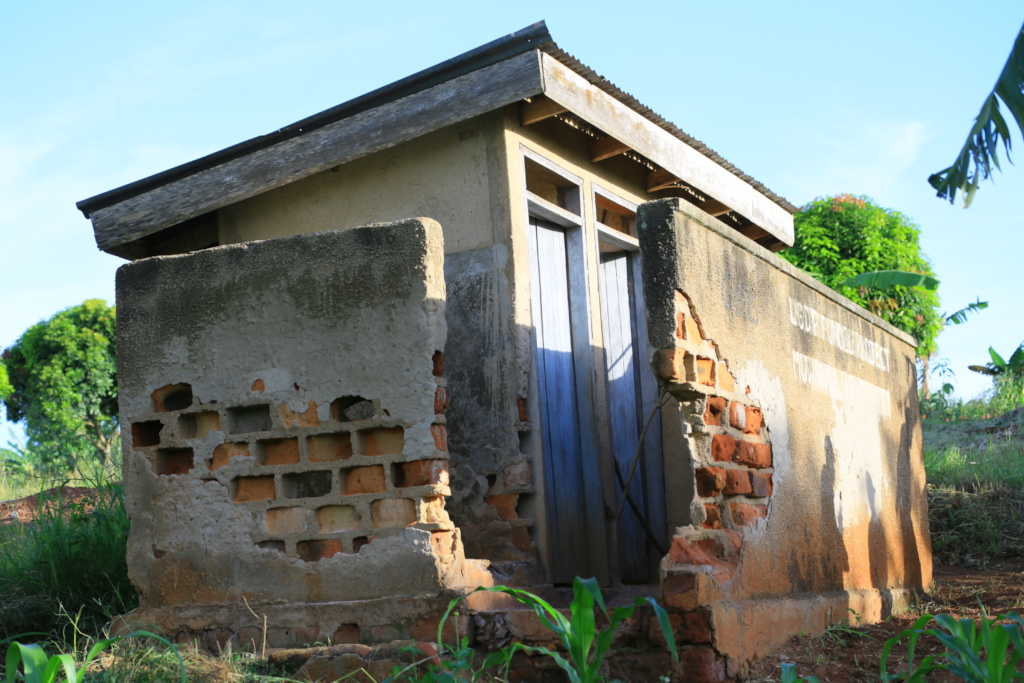 Project Leader:
PaCT Uganda
Kampala, Central region Uganda
$5,057 raised of $13,143 goal
You last donated to this project on
5 donations
$8,086 to go
* Amounts in US Dollars
Donate Now
Donate once
Donate monthly
$28
USD
will provide safe drinking water to one classroom/40 children
›
$57
USD
Will provide handwashing facility and soap to 85 children
›
$114
USD
Will provide handwashing facilities to the entire school
›
$286
USD
Will allow installation of complete drinking water filtering system for the entire school to benefit close to 8000 students school
›

Make a monthly donation & get matched today at 100% while funds remain. Terms and conditions apply.
Give the gift of stability in a time of instability. Set up an automatic, monthly gift now and get matched at 100%—because the COVID-19 pandemic has hurt us all, and it will take all of us to overcome it. Terms and conditions apply.
Monthly giving is as easy, safe, and as inexpensive as a Netflix subscription. Start a monthly donation to Partners for Community Transformation (PaCT) today and get matched at 100%. Terms and conditions apply.
$28
USD
monthly
will provide safe drinking water to one classroom/40 children
›
$57
USD
monthly
Will provide handwashing facility and soap to 85 children
›
$114
USD
monthly
Will provide handwashing facilities to the entire school
›
$286
USD
monthly
Will allow installation of complete drinking water filtering system for the entire school to benefit close to 8000 students school
›

Donating through GlobalGiving is safe, secure, and easy with many payment options to choose from. View other ways to donate
Partners for Community Transformation (PaCT) has earned this recognition on GlobalGiving:

GlobalGiving
Guarantee
Donate https://www.globalgiving.org/dy/cart/view/gg.html?cmd=addItem&projid=56369&rf=microdata&frequency=ONCE&amount=25
Please Note
WARNING: Javascript is currently disabled or is not available in your browser. GlobalGiving makes extensive use of Javascript and will not function properly with Javascript disabled. Please enable Javascript and refresh this page.