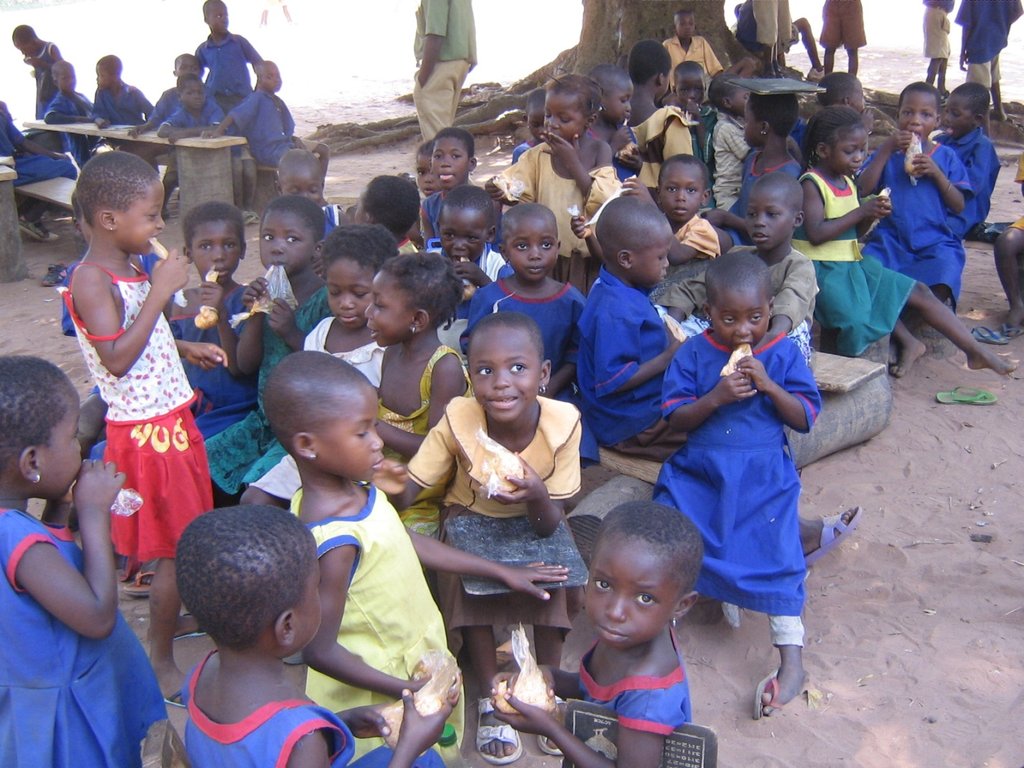 Kobriti is a small farming village of 500 inhabitants, 7.5 miles from the district capital Ejura. The inhabitants are predominantly settler-farmers who migrated from the northern part of Ghana. Typical of most rural communities, Kobriti lacks the most basic infrastructure, most notably, electricity. The primary school in the village has only three classrooms, built of cement blocks. The remaining classes include a nursery and Kindergarten organized under trees. The school serves children of the Kobriti village as well as several other villages, some as far as 1.5 miles away. Children, as young as two, walk to and from school daily and are required to cross a waterway that can be flowing too fast for crossing. As a result, children are unable to attend classes for days, possibly weeks, until the water levels decrease.

Realizing the great benefits that children derived from the school-feeding program organized by Self-Help International the people of Kobriti decided to continue with the program under the strong leadership of Martha Bruckner. When the feeding program was started, on average of 45 children were fed daily. One year later, the impacts of the program were clear as more children continued to turn up for school. The average daily number of children fed increased to 80. The children are fed either breakfast or lunch— prepared from QPM or rice grown locally in the community. The increased enrollment was key in the government’s decision to continue building classrooms in Kobriti.

Members of the community gave the following reasons to explain why they reorganized the feeding program and why it has grown exponentially:

Martha Bruckner, Kobriti’s representative at the district assembly for 12 years, is the driving force behind the community’s development. She is now the District Chief Executive for the Ejura Sekyedumase district.

Thank you for your generosity and support. Your donations have helped to improve the lives of children at the Kobriti School as well as in other Ghanaian communities. 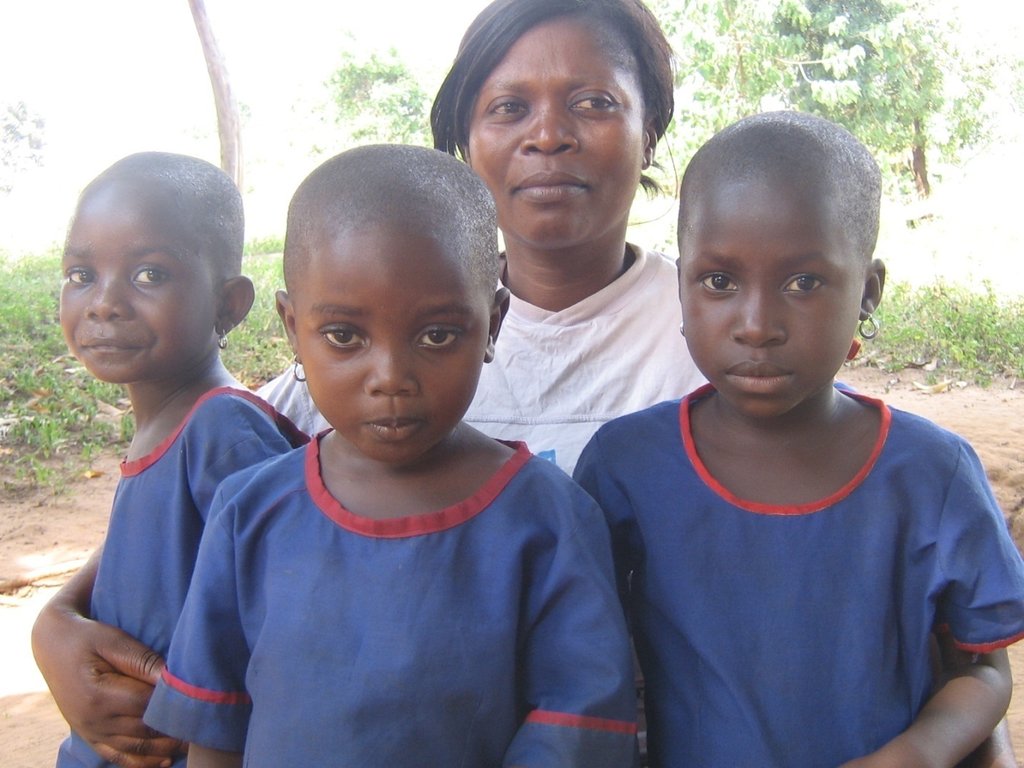 Martha with 3 of her adopted children.